Stiletto Stampede: Stomping out Breast Cancer One Heel at a Time 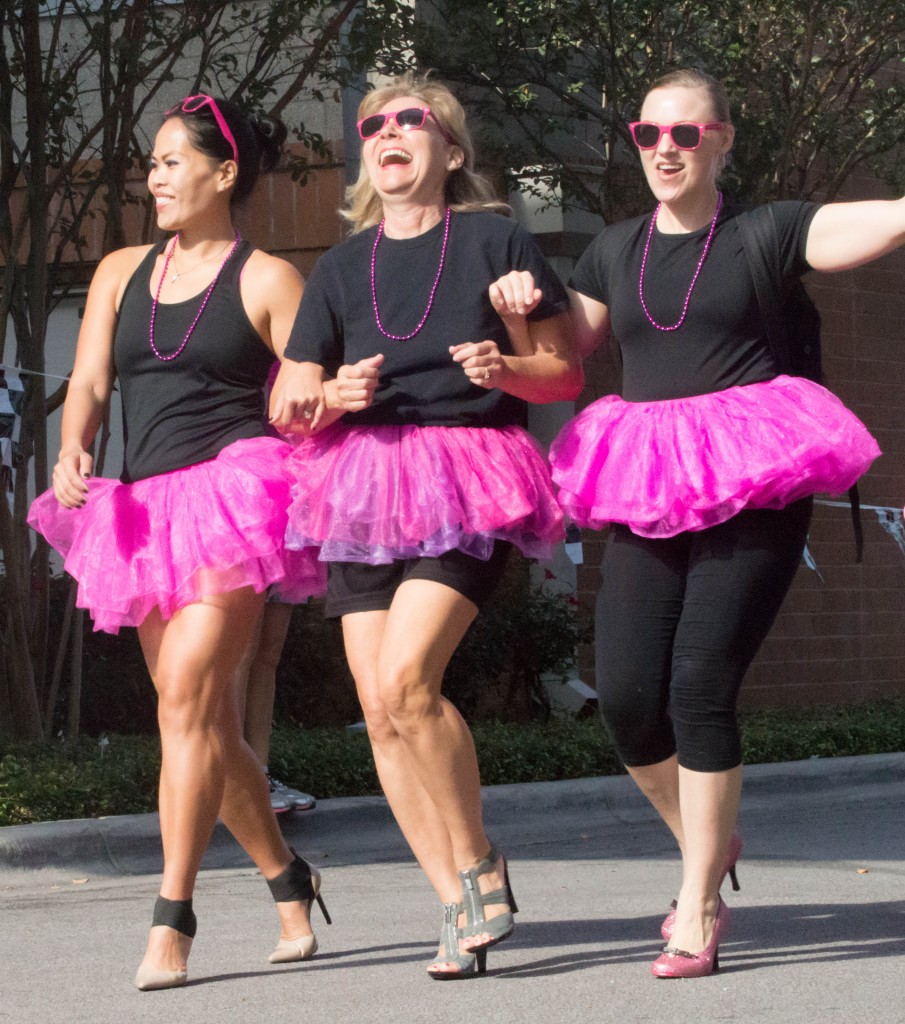 Ladies walk the Stiletto Stampede like a catwalk. Photo by Rebecca Wright

Aimed at generating breast health awareness among a younger demographic, the unconventional 100-yard dash held in Triangle Park included heats for women, men, pets, survivors, strollers and a “boot scoot”. Through its registration fees, the Stiletto Stampede organization raised about $8,000 for the Seton Breast Care Center, due to open in early 2014.

Stiletto Stampede Co-Founder Michelle Patterson said she created the event, and the organization by the same name, to engage 18-39 year-olds. She said the age group typically detects breast cancer in the later, more life-threatening stages.

“If we’re going to be doing something for young folks, it’s gotta be different, maybe a little bit harebrained,” Patterson said. “A 100-yard dash in heels is maybe right up a young person’s alley.”

Patterson helped to found the organization and event in 2009 in Austin. Since then, Stiletto Stampede has expanded to Houston, Waco and Dallas, partnering with other local organizations and beneficiaries in each city. The organization has also added other annual events to its schedule, including “Fashionably Pink”, a spring runway show held at the W hotel, and a mini-golf tournament — “Fore! Boobs”.

“What we’re really trying to do is educate through relaxing and upbeat events,” Patterson said. “We don’t want to have a gala setting (or) a sterile educational environment.”

According to Stiletto Stampede Executive Director Nicole Pape, some members of her organization are in their early 30s and already survivors.

“The problem is that there is a higher mortality rate among younger women because they haven’t been looking for it,” Pape said. “So by the time they find it, (the cancer) is in the later stages.” 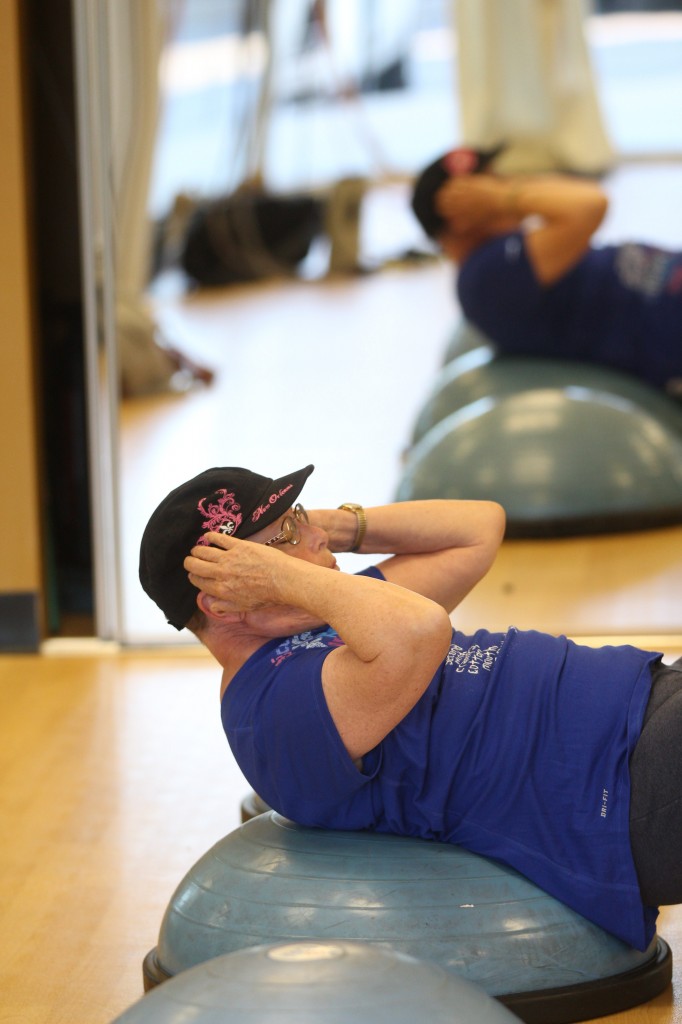 For cancer survivors of all ages, Stiletto Stampede sponsors a post-operative rehabilitation program called “Boob Camp”.  A spin off of “boot camp,” a fitness instructor leads survivors in physical exercises targeting flexibility and a range of motion. A therapy group meets following the workout. Boob Camp participant Bernadette Moore said the camp has helped her begin to get back in shape since finishing chemotherapy.

“It’s also emotionally supportive because the other participants also have breast cancer,” Moore said. “It’s really fun to connect and share our stories. “ Moore said she is still in treatment with infusions every three weeks. She was diagnosed with breast cancer in early 2013.

A breast cancer survivors’ need for rehabilitation varies depending on their treatment, said Samantha Khan, nurse manager at the Breast Care Center at Baylor College of Medicine. For mastectomies, the removal of an entire breast, recovery can last eight months.

“There is drainage involved,” Khan said. “Their arms swell if they develop lymphedema. And if they choose to have reconstruction, that can mean a very slow recovery process.”

For the prevention of breast cancer, the best advice a physician can give for prevention is to have a healthy lifestyle, she said.

“We also really preach self exams,” Khan said. Once women establish the habit of performing self breast exams on the same day once a month, Khan said anything that looks or feels questionable should be reported to a physician for a clinical exam. To learn the five steps of a breast self-exam, click here. 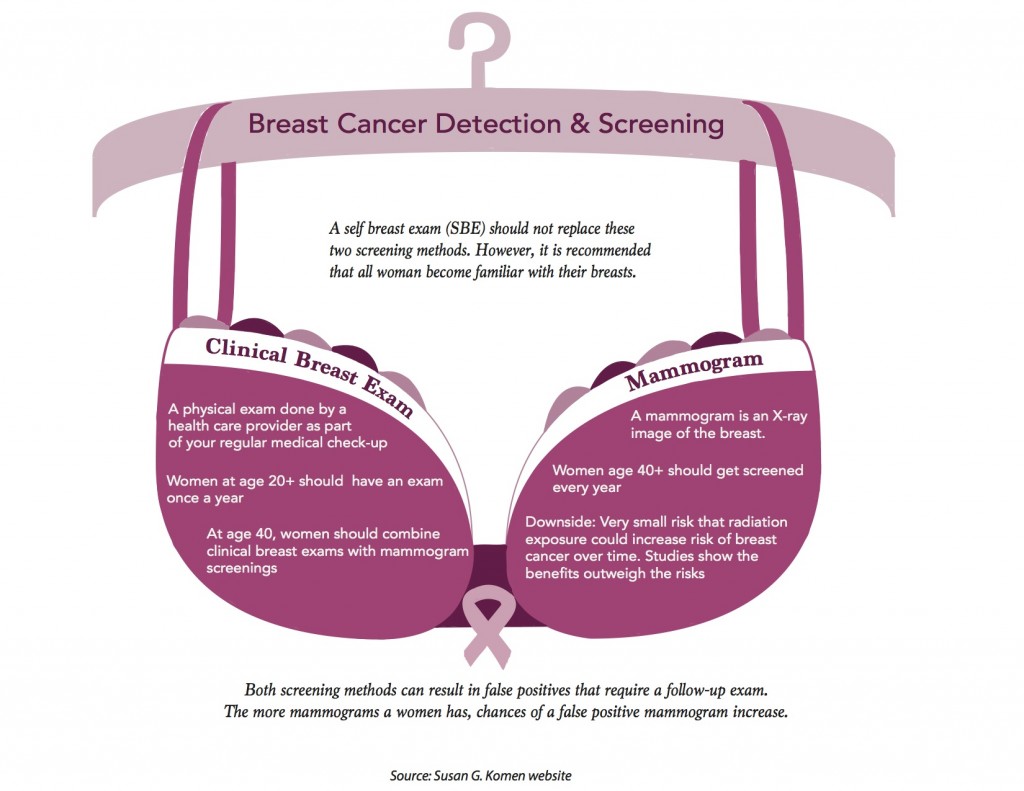 She said women in every age group should have a clinical breast exam once a year. For women with genetic history of breast cancer, physicians will oftentimes recommend mammograms starting earlier than 35 to 40 years old.

“I see a lot of young women come in with breast cancer diagnoses,” Khan said. “And I see it more and more, especially within the last couple of decades.”

“When somebody’s really young, I think there’s an opportunity to educate and raise awareness and to talk about the disease,” Patterson, the founder, said. “Early detection is the key to kicking cancer’s butt.” 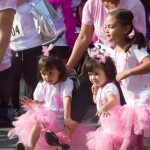 A family stretches together before the races begin. Photo by Rebecca Wright 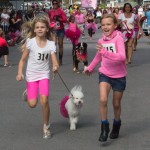 Two participants race to the finish line during the Pooch Scooch heat. Photo by Rebecca Wright 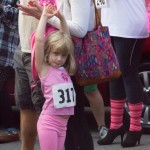 There was no shortage of heels at the 2013 Stiletto Stampede. Photo by Rebecca Wright 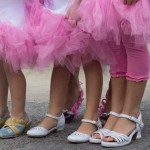 Heels came in a variety of height and size at the Stiletto Stampede. Photo by Rebecca Wright 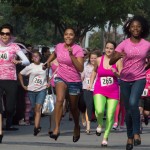 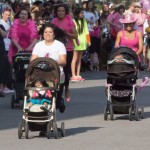 Women race their strollers to the finish line during the Stroller Stampede heat. Photo by Rebecca Wright 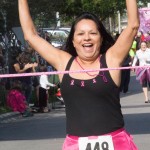 Virgie Rodriguez crosses the finish line of her heat. Photo by Rebecca Wright 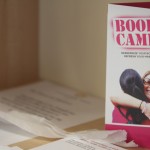 Boob Camp flyer at Fitness 360, where the camps are held. Photo by Rebecca Wright 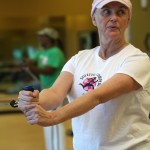 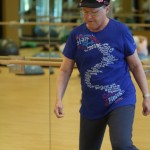 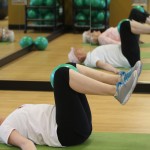 During this Boob Camp, the women participated in station workouts. Photo by Rebecca Wright 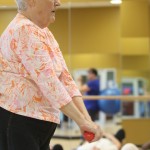