Texas may be the home to a number of Southern charms – including the Dallas Cowboys, the world’s largest rodeo, and Blue Bell Ice Cream – but nothing says Texas more than good ol’ southern barbecue. Fatty brisket and smoked sausages are such popular staples in the Texan’s diet that it shouldn’t come as a surprise to locals and non-locals alike that there exists in Austin an annual celebration dedicated solely to the glorified meat. 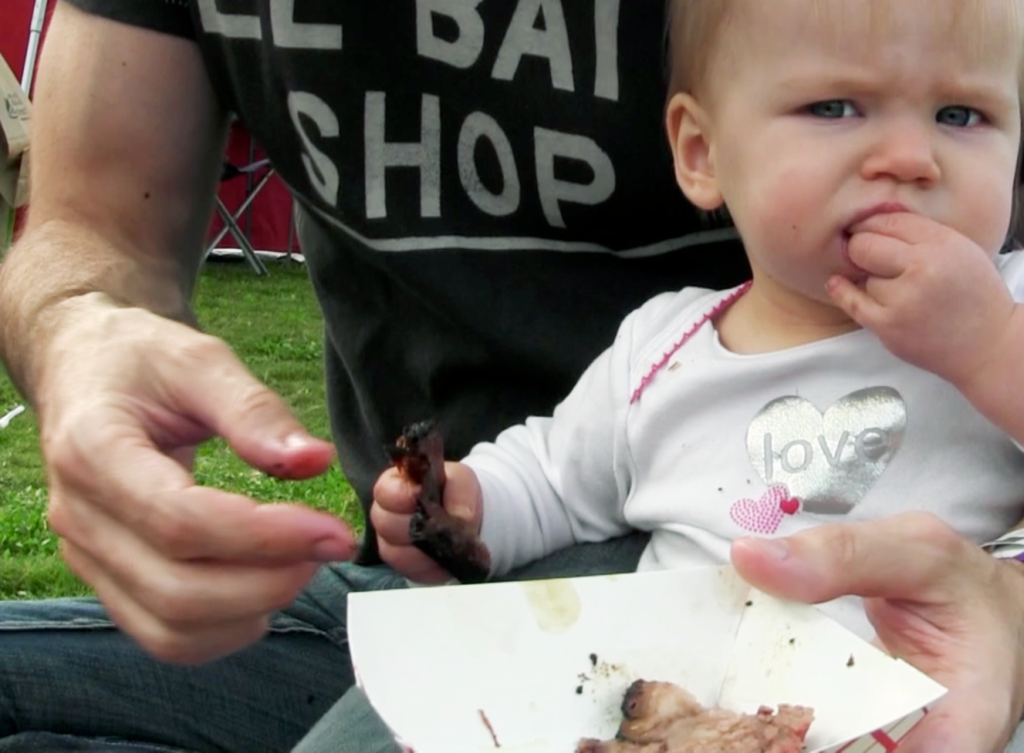 November 3, 2013 marked the 4th annual Texas Monthly BBQ Fest. Hosted by the award-winning magazine, Texas Monthly, the festival welcomed carnivores from all over the state to sample 21 of the “Top 50” barbecue joints in Texas, including some of the hardest to get your hands on, like Austin’s Franklin Barbecue and Snow’s BBQ in Lexington.

But even the barbecue houses that didn’t earn a spot in Texas Monthly’s Top 50 still hold a special place in the hearts of its surrounding meat lovers. One of Austin’s most beloved spots to chow down is Ruby’s BBQ, located just north of the University of Texas. Known as the city’s only barbecue restaurant that uses all natural beef, Ruby’s was founded in 1988 by married couple Pat and Luke Zimmermann.

“Pat and Luke have always kind of run the place,” General Manager Amy Marsh said. It’s real family style. Lots of college kids have come through here, and that’s really been their family.” To celebrate their 25th anniversary in December, the couple is having live music and a possible showing of The Fugitive, the film that gave Ruby’s its name.

Another local favorite is Blue Ox, which hit the ground running in January of this year under the direction of former UT student Chase Palmer. Blending Austin’s food truck culture and Texas’s love for barbecue, Blue Ox has made a name for itself as a stationary food truck located in the The Buzz Mill coffeehouse. As young as it is, the local joint is already famous for its mouth-watering brisket and espresso-rubbed pork tenderloin. The quality of the barbecue no doubt has to do with the fact that Palmer is dedicated to using wood to cook his meat instead of propane gas – a traditional method that many larger barbecue companies have given up on because of the time and effort it requires.

“There’s a lot of problems you get from doing barbecue the “right way,” but we do it because there is enough quality difference to make it worth it,” Palmer said.

Also fixated on handling meat the right way is the Central Texas Barbecue Association, an organization formed 20 years ago in order to judge Texas grillers based on a set of “fair and consistent rules.” 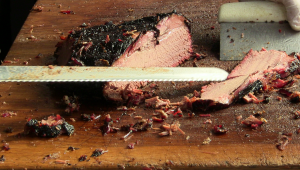 Among these rules are the following: Cooking must be done using wood or wood substance. No propane can be used. No garnishes can be added to the meat, and sauce has to be cooked in, which means that it cannot be added once the meat comes off the pit. If sauce is detected, the entry is disqualified.

The members of the association cook for points throughout the year, and the team with the most points at the end of the year wins the title “Cook of the Year.” If bragging rights aren’t enough to motivate the contestants, the prize money offered to the winner might be.

“It’s fun because the whole family can be involved,” said Joe Medrano, the secretary of CTBA. “My wife likes cooking our bean entries. My brother is our margarita man. He prepares our jack pot margarita entries. Other members of our team have specialties. My specialty is chicken. One does ribs and one does brisket.”

In order to live in Texas, however, you don’t have to be an award-winning griller. You just have to know the taste of good barbecue. One such Texan is Jon Chapman, who frequents East Austin’s Live Oak Barbecue and knows the owner, Thomas Spaulding.

“Somehow, meat is so afraid of him, it falls apart right off the bone when he cooks it,” Chapman said about Spaulding. He obviously knows the first sign of a Texas pit master. 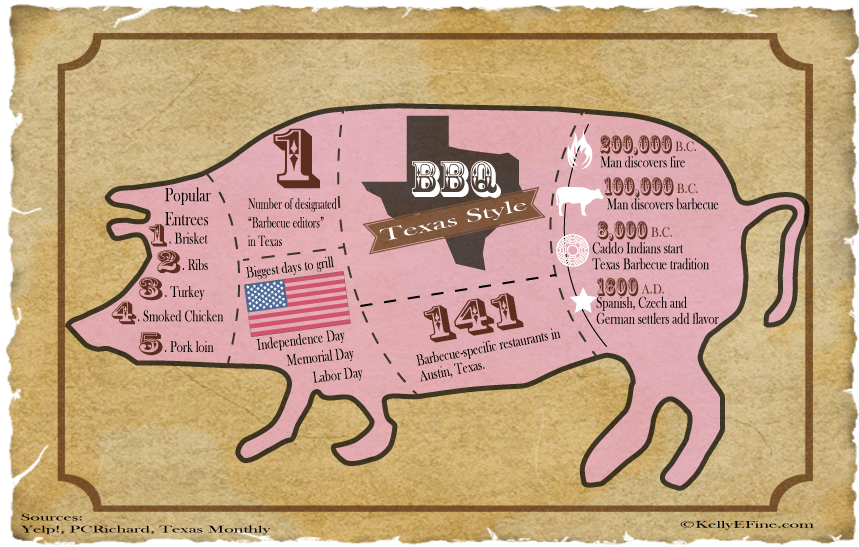 It’s no secret that Texans love their smoked meat. The TMBBQ Fest, which was held in the lawn of Austin’s Long Center, sold completely out of tickets (for both VIP and General Admission) within a short span of 30 hours of being made available. But when did barbecue become integral to Texas culture? According to Daniel Vaughn, the country’s only full-time barbecue editor, barbecue has been around since the days following the Civil War.

“During this time the economy was in shambles throughout the South, including Texas, but the one thing we still had here was beef. A lot of it. And butcher shops sprouted up in towns all over the state,” Vaughn wrote in his recent article for the Texas Monthly blog titled “The Genesis of the Barbecue Joint.”

Based on his own findings from old Texas newspapers, Vaughn has reason to believe that the state’s first commercially sold barbecue began in Bastrop in August 1886. Alexander & Gill competed with John Kohler in the quest to sell the most meat, and it didn’t take long for the trend to catch on with other Texas grillers. Southside Market, an Elgin hotspot, would become the first official barbecue joint to open in Texas in the same year.

Nowadays, barbecue establishments from all over the Lone Star State are still striving for the highest place of honor in the hearts of brisket-obsessed Texans, if for nothing else than the satisfaction of housing the best. But as fundamental as this cuisine is to Texas culture, the state is too big for all of its inhabitants to agree on the best type of barbecue. Each region puts a unique spin on what Texas Monthly has deemed the “classic” version: Central Texas’s plain hunk of beef prepared “meat market style,” with a little sauce on the side. But whether we’re talking about the tangy sauce-soaked ribs of East Texas or the smoky mesquite-cooked beef of West Texas, most barbecue fiends can agree on one thing: there is no barbecue in the world like Texas BBQ.

Not a meat eater? Read our reporter’s look into Austin’s vegetarian “BBQ.”