The concept of tailgating vaguely dates back to the late 1800s during the Civil War, according to the American Tailgate Association. At the Battle of Bull Run civilians had food with them and shouted their support for the Union in hopes of winning the battle. Today, setting up a tent or RV providing food, drinks and televisions for Longhorn football fans brings the University of Texas community together hours before a football game along with many tailgate traditions.

Left: Wes, Jeanne and Steve Ply host tailgates full of barbecue and tequila on their favorite tailgating place in the parking lot behind the Bob Bullock Texas State History Museum. They call their spot “The Hill.” 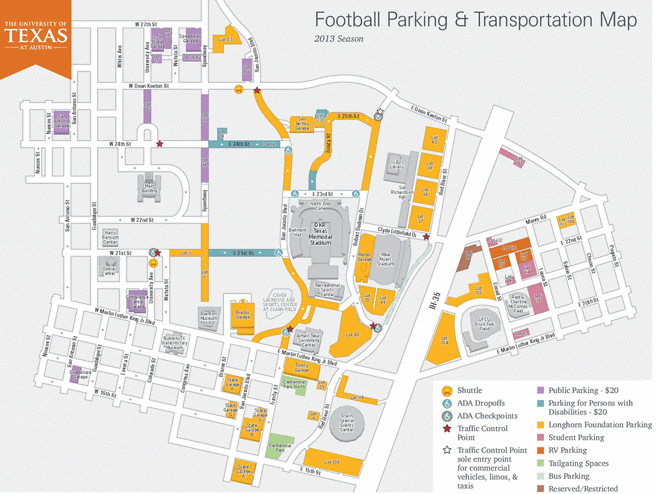 General map of Football parking, transportation, and tailgate locations during the 2013 season provided by UT-Austin. 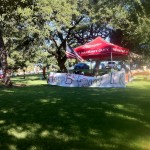 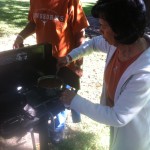 Maria Gonzales has been attending UT games for the past four years with her friends and family from San Angelo and Ft. Worth. She did not attend UT but says that the tradition and brand recognition the university has is what attracts her to come to the games. 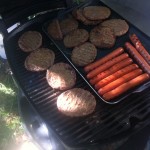 Hotdogs and hamburgers are mainstays at tailgates. 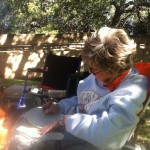 Kathy Gathwright has been tailgating at UT games for over 20 years. 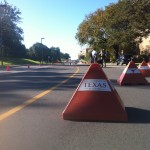 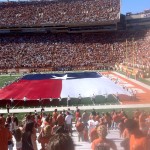 It’s a pre-game tradition at Longhorn games to unveil the Texas flag. Alpha Phi Omega is the group in charge of showing the flag. 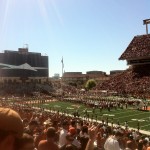 The Longhorns ended up beating the University of Kansas 35-13. 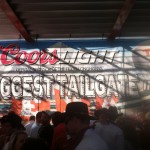 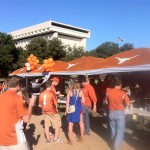 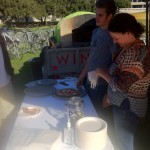 Free food and good times are all but guaranteed while tailgating. Tailgates can be hosted by friends or large corporations.

Do’s and Don’ts of Tailgating:

Google map highlights designated tailgate areas near UT-Austin including information on purchasing lots for tailgates and what you may find at certain tailgate events.