Applying Sustainability in the Community

Would you live in each of the following home sizes? 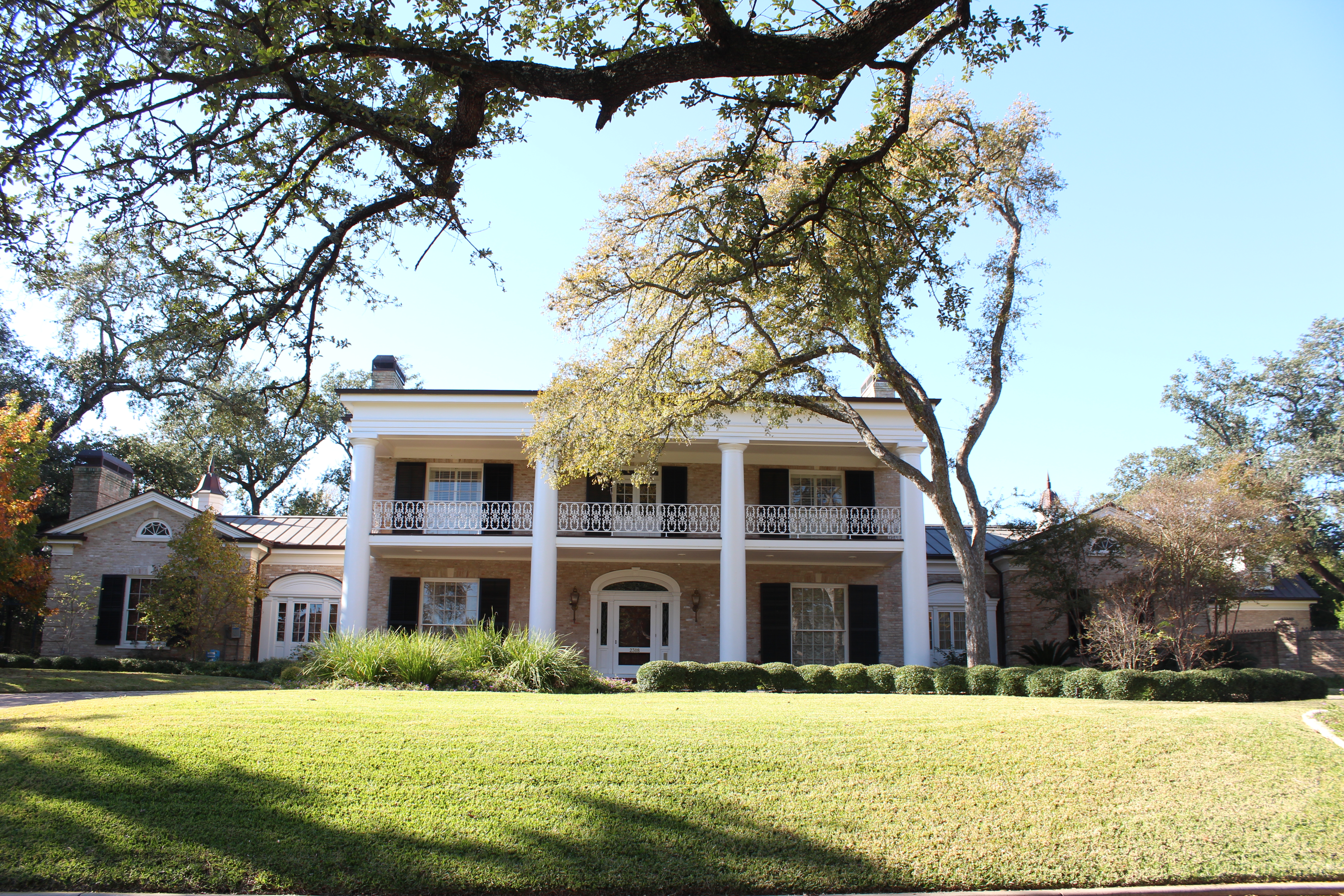 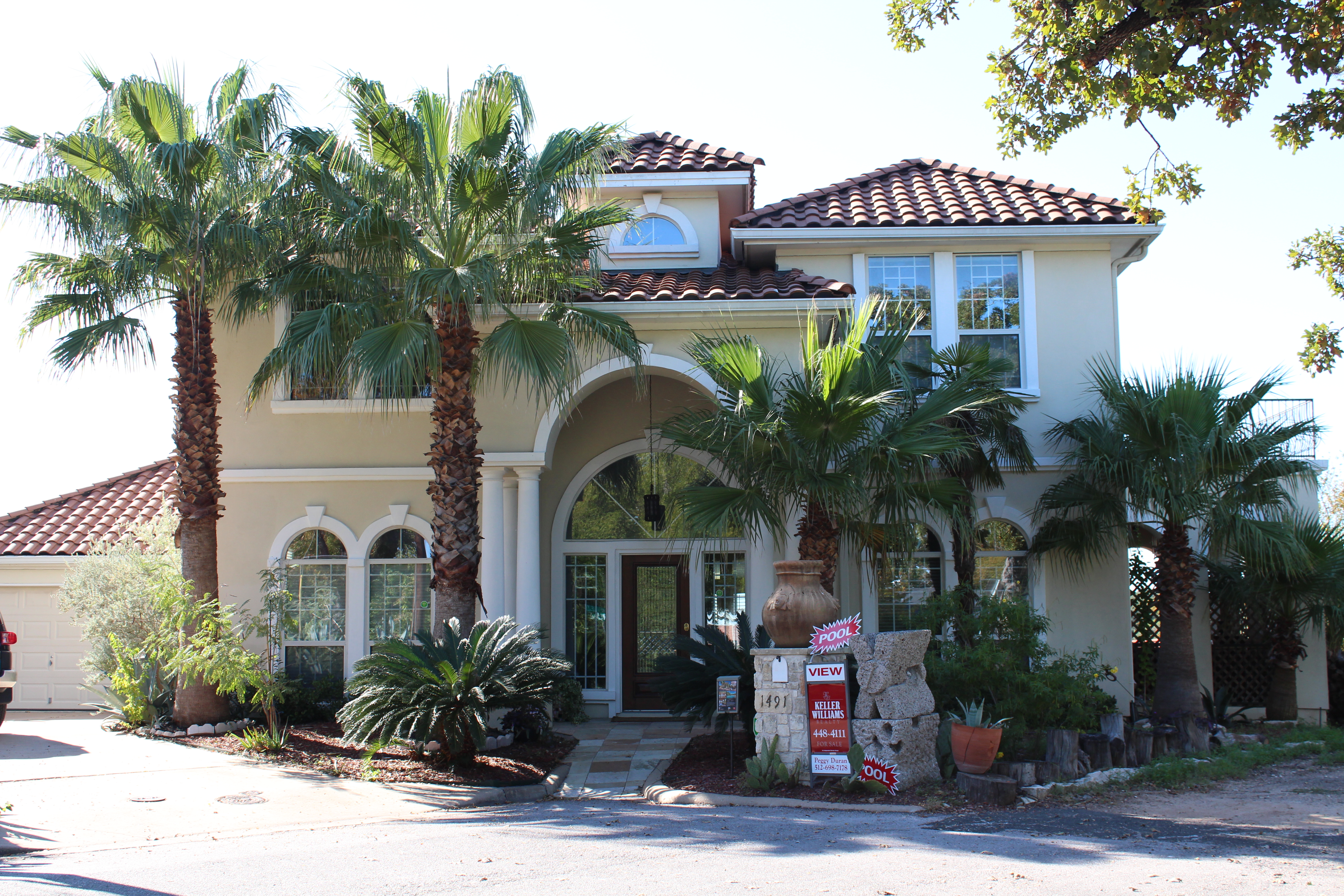 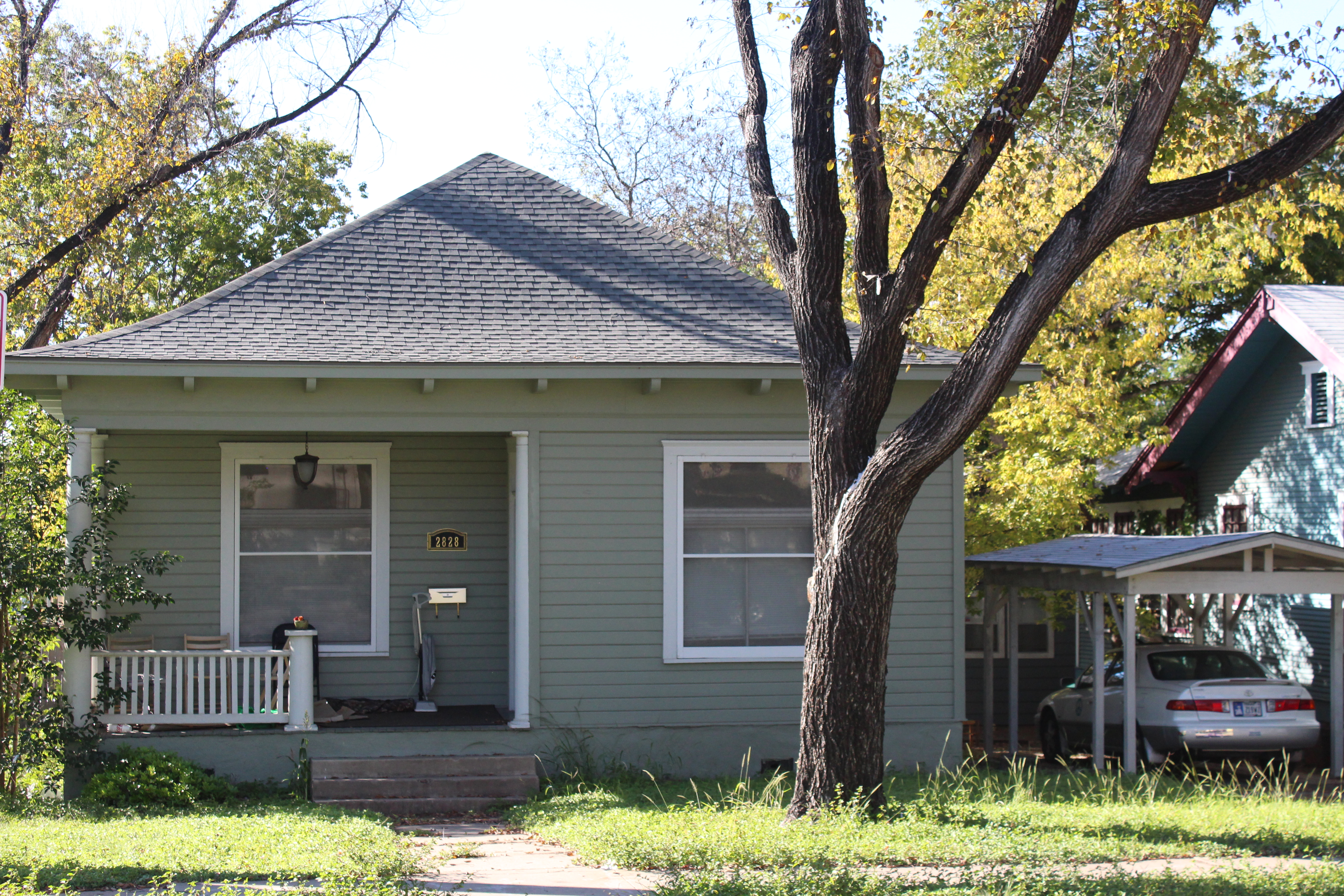 Have you ever gotten the notion to recycle and donate some of your belongings or to downsize your home? But, would you reduce the size of your living space to one percent of the average American home or rather some 33 square feet?

Dr. Jeff Wilson, Dean of the University College and Associate Professor of Biological Sciences at Huston-Tillotson University in Austin, TX, has decided to abandon the traditional approaches of teaching about sustainability and instead, to live it. For one year, Wilson will live in a formerly used, garbage dumpster.

“People are tired of listening to speeches about sustainability. No one wants to watch ‘An Inconvenient Truth’ anymore. They don’t even want to watch an environmental film,” Wilson said.

Wilson, a.k.a. “Professor Dumpster,” plans to transform the garbage dumpster into a sustainable home with no waste, net-zero electricity and minimal water usage. The dumpster will be used as an ongoing experiment, called “The Dumpster Project,” to capture the local, national and world-wide community’s attention and to open a dialogue about sustainability.

“What we’re trying to do here is just engage a much wider swath of America…Everybody can get involved in this project, of all ages, from very young to very old, from the very far left to the very far right,” Wilson said.

About a year ago, Wilson decided to live on smaller scale. He quit living in his apartment and sold every possession for $1 each. He is currently living out of one suitcase and is couch surfing until The Dumpster Project is officially launched on the first class day of the spring semester at Huston-Tillotson University. Wilson will be teaching a “Dumpster 101” class, and on the first day of class, the class will go dumpster shopping for his new home. 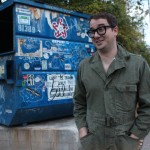 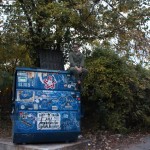 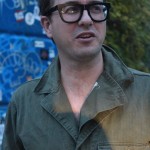 Starting off as a barely habitable and sanitary home, the dumpster will be transformed into a fully-functioning and furnished house.

According to Wilson, The Dumpster Project will have three main phases. The first phase will consist of camping-styled living such as filtering rain water and using a portable stove and solar-powered cellphone charger. From there, the dumpster will plug into the city’s power grid and water supply and proceed to add on the essentials of the average home such as an inefficient toilet, window air conditioner, microwave and washing machine.

In the final phase, the dumpster will be transformed into a small, full-functioning and self-contained home with a shower, television and video game consoles.

In the first and third phase, the dumpster will be made portable where the dumpster team will move it into different neighborhoods of Austin such as East Austin, Westlake and the Austin Country Club. Not only does Wilson want to see the different neighborhoods’ reactions when they find out that a man is living in a dumpster, but wants to incorporate data on home consumption.

When Wilson wants a night off from his dumpster home, he plans to allow the students to experience a more sustainable life by living in the dumpster for a night or two. But through this project, his larger plan is to help publicize Huston-Tillotson University and its students and to have it become one of the top 5 green, historically black universities in America.

The Dumpster Project has partnered up with the newly, created student group on the Huston-Tillotson campus, Green is the New Black. Their mission is “fostering new shades of green as the roots of our future.” They plan to help transform the dumpster into a sustainable home and to use their knowledge from the project to transform the campus into a more sustainable one.

“I’m a minority, an African American male and we’re just not really a part of this conversation. We’re not a part of this green community that exist. It is large and part because it is not advertised to us. It is not marketed to our particular race and culture,” Flemming said.

Although the group was recently formed, the group has already taken action on their campus and in their community. On Friday, the group hosted an hour-long information session on campus about their organization. Some of the festivities included speeches, surveys, freestyle rap cyphers and recycling games.

Huston-Tillotson University, with the help of the Green is the New Black, is one of the four finalists in Ford’s Historically Black Colleges & Universities (HBCU) Community Challenge: “Building Sustainable Communities.” They are the smallest university contending against Howard University, Fayetteville State University and Tuskegee University. The grand prize is a $40,000 scholarship. The winner will be determined on December 6.

“I’m helping my friends learn and that for me is enough. To know that I am making some what of a difference by helping others to then make more of a difference. You know, knowledge is power. The more you know the more you can do with it, and I think that with our group, we have so much potential that I don’t what can stop us,” Sanchez said.

Sanchez said she feels like her school has an advantage in the competition since they live in Austin, TX, a city that usually makes various new sources’ top ten lists for the greenest cities in America.

Given the difference in criteria for making the list of greenest cities, Austin is usually cited for its many parks, local green organizations, bicycle friendly roadways and the community’s push for local, organic food.

In 2007, the city of Austin made the year 2020 as the deadline for becoming 100 percent carbon free. Already the city has made its local governing facilities to be run on renewable energy and offers a voluntary green-pricing energy program to its citizens. Some other initiatives include the Austin Green Business Leadership Program, an ongoing program to help businesses become more sustainable and The Green Alley Initiative, a plan to convert empty alleyways into places for rain gardens, seating and drought-resistant plants. The city is also giving incentives for homeowners and businesses to convert their roofs into a green roof or a rooftop garden.

Earlier this year, the City of Austin received the Climate Leadership Award from the U.S. Environmental Protection Agency. The award recognizes the city’s past achievements and future goals for a greener city. Austin was the first city to be selected for this award.

Listen to Liz Jambor of Austin Energy discuss the history of green energy in Austin and give tips on how homeowners and apartment renters can save on their monthly energy bill.

As for The Dumpster Project, it is expected to last for one year. But, Wilson or “Professor Dumpster” plans to maintain a sustainable lifestyle in the future. “There is a possibility that I could live in dumpsters for the rest of my life. My bucket list, the big goal, is to have a dumpster here in Austin, a dumpster in New York and a dumpster in San Francisco.”