A Typical Day on the Streets of Austin 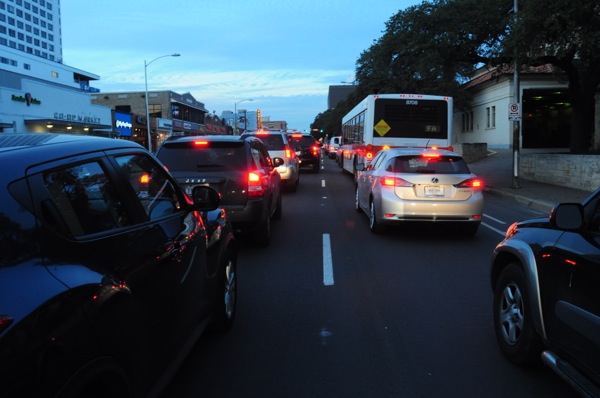 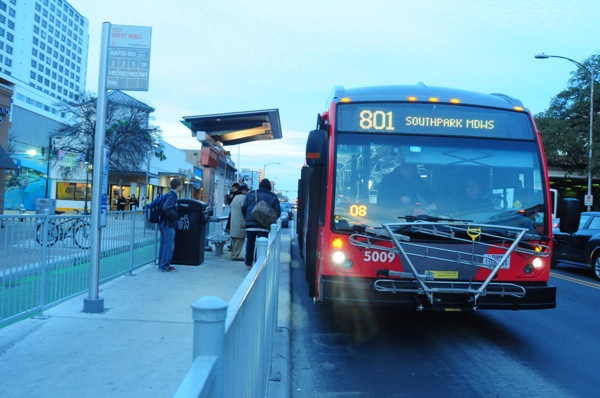 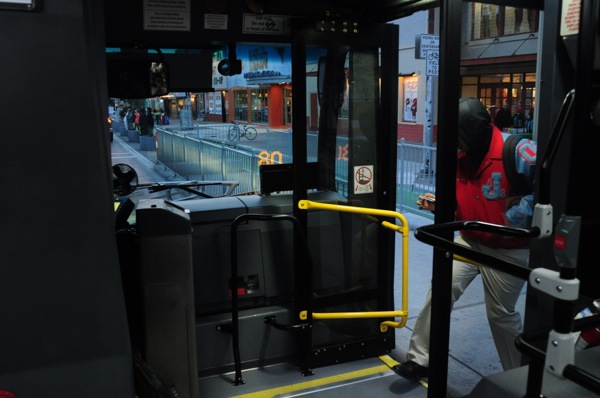 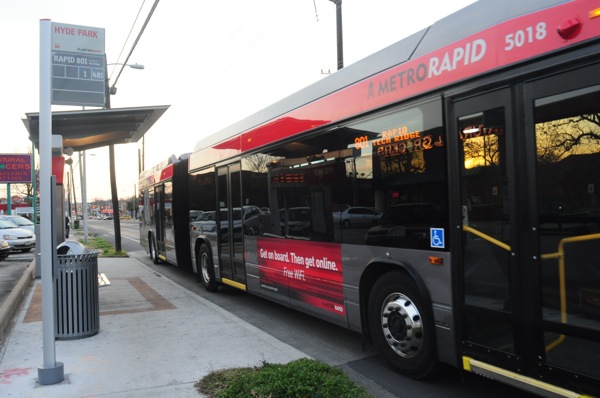 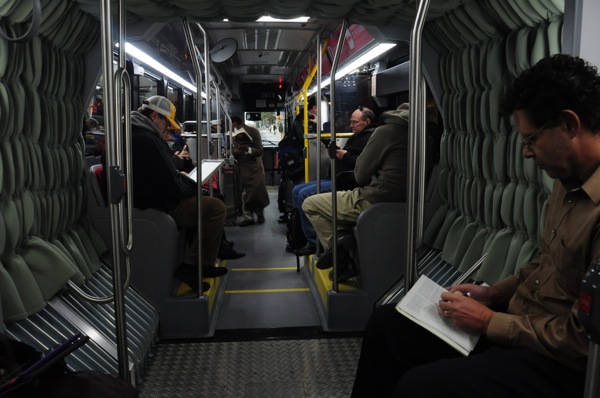 dsc_0090
A passenger working during his commute. 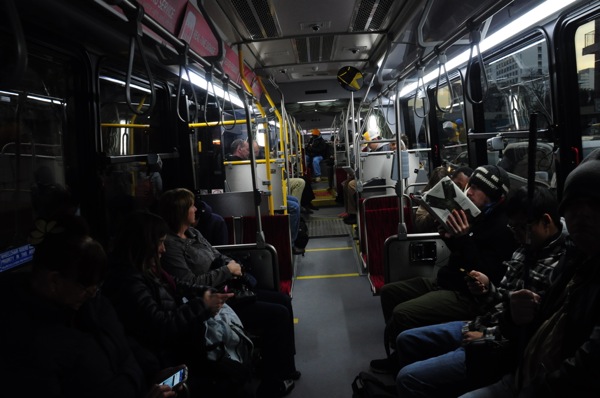 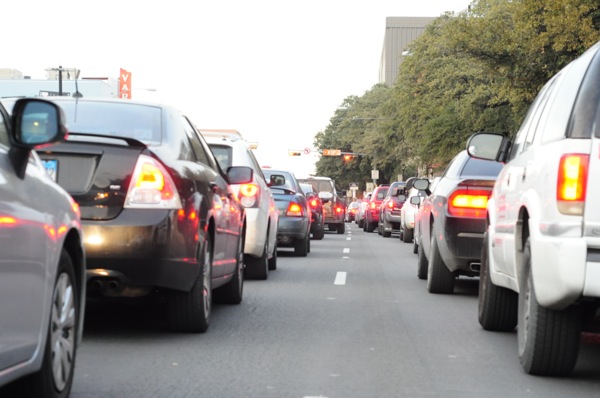 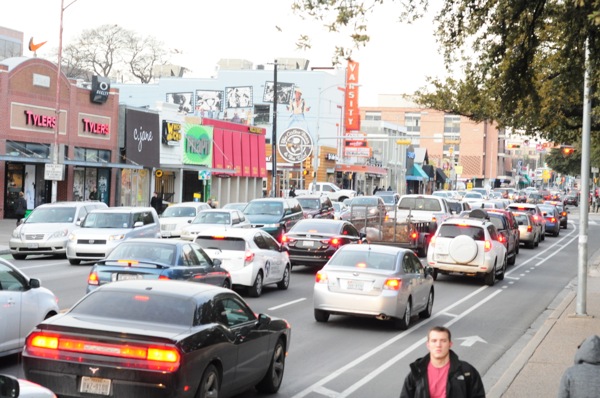 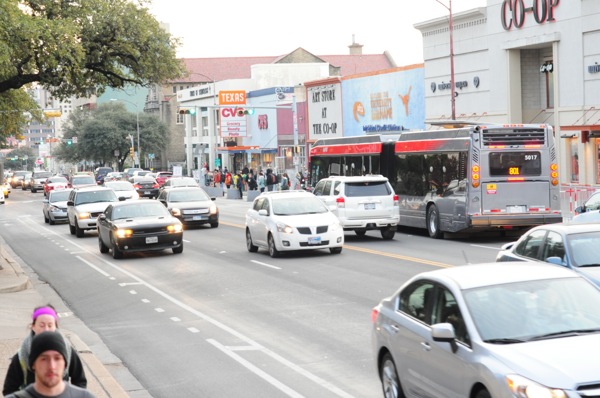 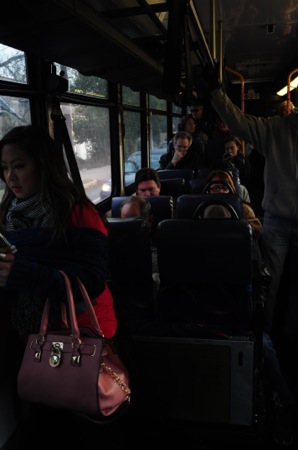 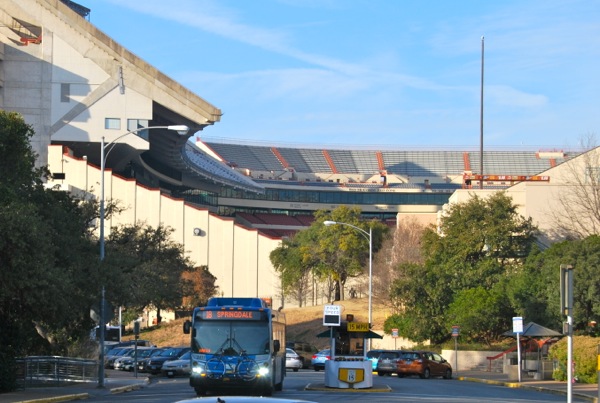 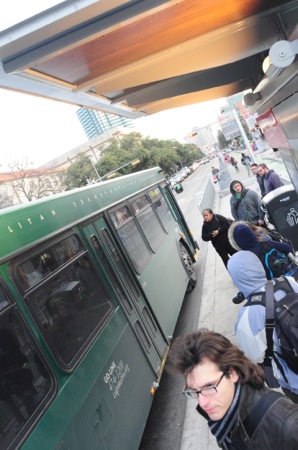 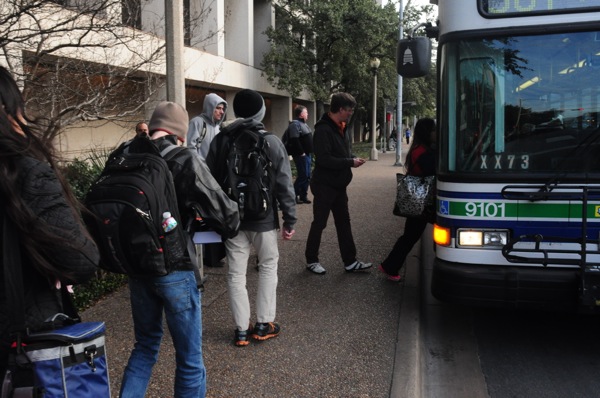 dsc_0013
Students waiting to board bus outside of CMA. 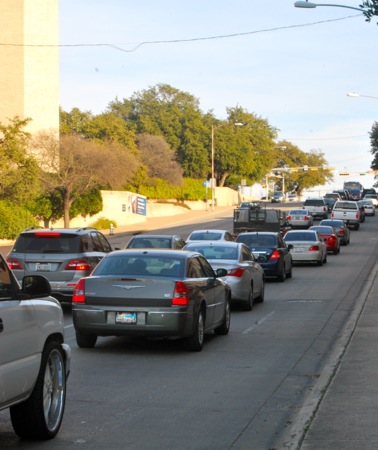 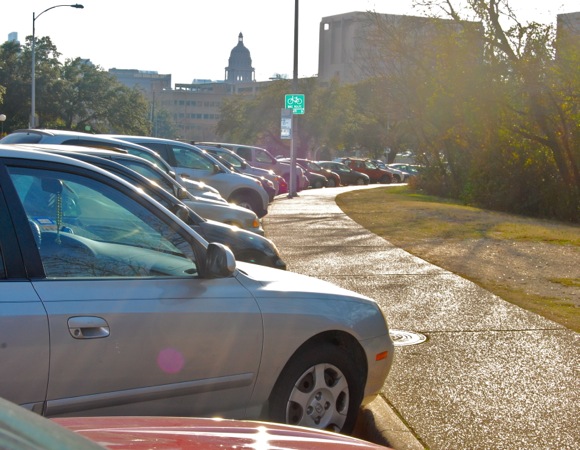 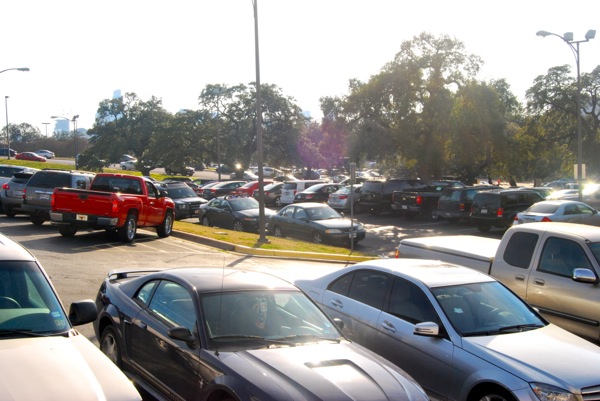 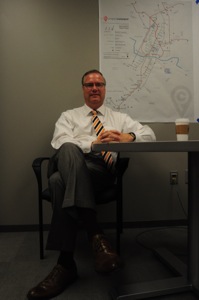 By the start of the next decade, commuting anywhere in the city for work—and even downtown for a little late-night fun—should be getting much easier and more convenient for Austinites.

Project Connect, a plan created in 2010 to build a regional high-capacity transit system in and around Austin, is well underway in its early stages. The project, headed by Kyle Keahey of the engineering firm HNTP Corp., is designed to address the greater need for mobility among commuters. Keahey, who has 30 years of experience working on transportation projects in Texas and around the country, says the goal of this project is clear: to move many more people over greater distances faster than ever before.

“We’d like to find some alternatives to being stuck in traffic,” Keahey said. “We all know what that is like.”
Project Connect just completed its preliminary layout plan. The main construction is comprised of eight “corridors,” or main straight line routes, which circle around a central corridor. The central corridor, which is then broken down into 10 smaller sub corridors, includes a route through the downtown area, the State Capital area, UT’s campus and west campus.

The UT campus and west campus areas are part of what Keahey calls the “core” of the project. He and his staff have had several conversations with UT administration, the Faculty Senate as well as UT student government to match up their goals with those of the university’s.

“The new transportation system is supposed to increase run time, making more frequent stops,” Villarreal said. “I think those who are frequently downtown will view the new metro services as more convenient than ever before. Increased frequency and capacity means less crowdedness.”

Although a larger geographical plan for service is being assembled, the project’s team is focusing on areas that have the greatest immediate need for enhanced mobility. After thorough amounts of research on city demographics and movement data, Keahey and his team determined that Highland and East Riverside are the most suitable start and end points for the north-to-south moving central corridor.

Keahey and his researchers took into account 55 different criteria to determine Highland and East Riverside as the areas that would maximize the project’s initial investment.
“We looked at existing factors and growth factors, such as population density and job density,” Keahey said. “Both what’s happening today and what is projected to happen as far out as 2030.”

Conventional wisdom says that a light rail is the best mode for high-capacity transit, but Keahey says that his team is considering every option, including street cars and an enhanced bus system. Regardless of which type of vehicle is chosen, this new method of transportation won’t be replacing Capital Metro’s current bus system.

“The background of everything we do is the bus system,” Keahey said. “We will adjust the bus system to relate better to what we’re doing with the high capacity transit system. We won’t be duplicating services, but complementing them with one another.”

Keahey says that he is targeting June as his deadline for finalizing all the specifics of the routes, stops and changes to existing infrastructure. By mid August, Austin City Council will decide whether or not to continue pushing the project to completion. One of the main issues with large scale transportation projects is always funding.

Funding for the project is expected to be generated in two halves. The first half, upon the city council’s approval for it, will come from taxpayer dollars. Keahey hopes the other half will be provided by the Federal Transit Administration. He admits that it’s a very challenging project, but believes it has a great amount of support and is something that is needed in the community.

“We’ve been ignoring this [traffic and other transportation problems] for about 30 years,” Keahey said. It’s time to pull out some other tools in the toolbox and see if we can provide some alternatives to being stuck in traffic.”

← Coyotes Out to Survive in the Neighborhood
Same-Sex, Same-Love →