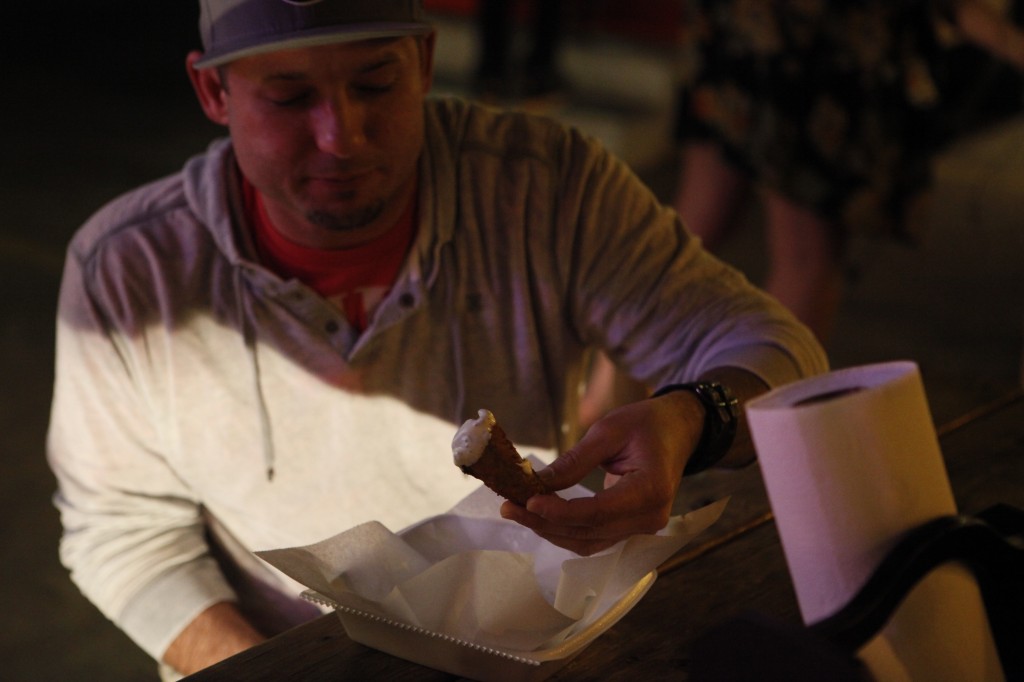 Donny Osbourne enjoys some food from one of the trucks on 5th & Colorado.

A hearty Indian-Mediterranean meal with a side of entrepreneurship and extra Longhorn pride, please.

The University of Texas at Austin is widely known for its motto “What starts here changes the world,” and Fahad Raza has brought this long-lasting tradition to life.

With the help of his brother-in-law, Gohar, Fahad, an engineering sophomore, opened Kebabeque, an Indian and Mediterranean food truck located in the heart of Austin, at the intersection of Fifth and Colorado. 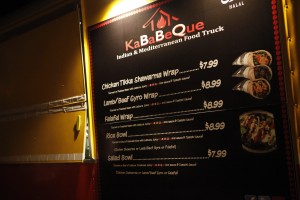 The options at the Kebabeque food truck.

“After working at a friend’s food truck during last year’s South By Southwest festival, chemistry sophomore Fahad Raza decided a food truck would be a manageable and profitable business venture. He purchased a food truck on Craigslist, painted it himself and began planning a menu,” as stated on The Daily Texan.

“[Fahad] has classes Monday through Friday, so he’s busy [at school] and doesn’t do any preparation, but on the weekends he only concentrates on this,” Gohar said. “During South By Southwest, he was there the entire week of his spring break.”

Surely finding a balance between being a co-owner of a flourishing business and being a full-time student can prove to be quite a task, but Fahad has figured out how to do it – and do it well. 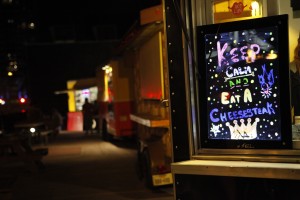 A myriad of food options can be found among the food trucks residing on 5th & Colorado.

“One thing about our food is that we make everything fresh – everything is cooked to order,” Gohar said. “We never use yesterday’s meat. The vegetables come in fresh every day. Everything is made from scratch.”

The word about Kebabeque has spread among Austinites, and in a city where competition among food truck is so high, not all can say the same.

“These food trucks are here all the time; last week, for South By Southwest, there were a lot more, parked everywhere you could think of,” said Donny Osbourne, customer of Kebabeque. “They are definitely a big part of the culture of Austin.”

“Unlike traditional restaurants, food trucks require fewer operating hours, less maintenance and a smaller staff, [but also a lot of effort]. Raza said the experience [would] teach him how to be an entrepreneur. He said his goal is to eventually make enough revenue to have his own staff and more food trucks,” as stated on The Daily Texan. 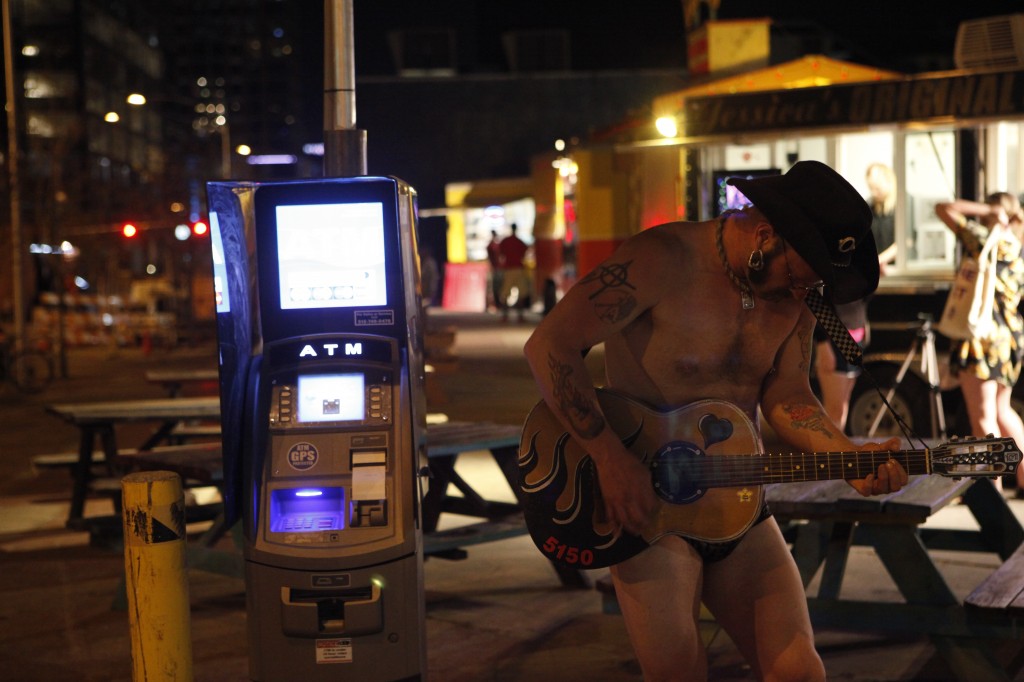 In the meantime, Fahad and his brother-in-law will continue to do all of the prepping, cooking, cleaning and money managing for Kebabeque, and Raza plans to graduate in the upcoming three years.

“I’m excited about the fact that I’m learning how to be an entrepreneur while in college,” Raza said in an interview with The Daily Texan. “Worst comes to worst, I’ll have those skills that I can use later on in life.”