By: Will Korn and Chris Caraveo 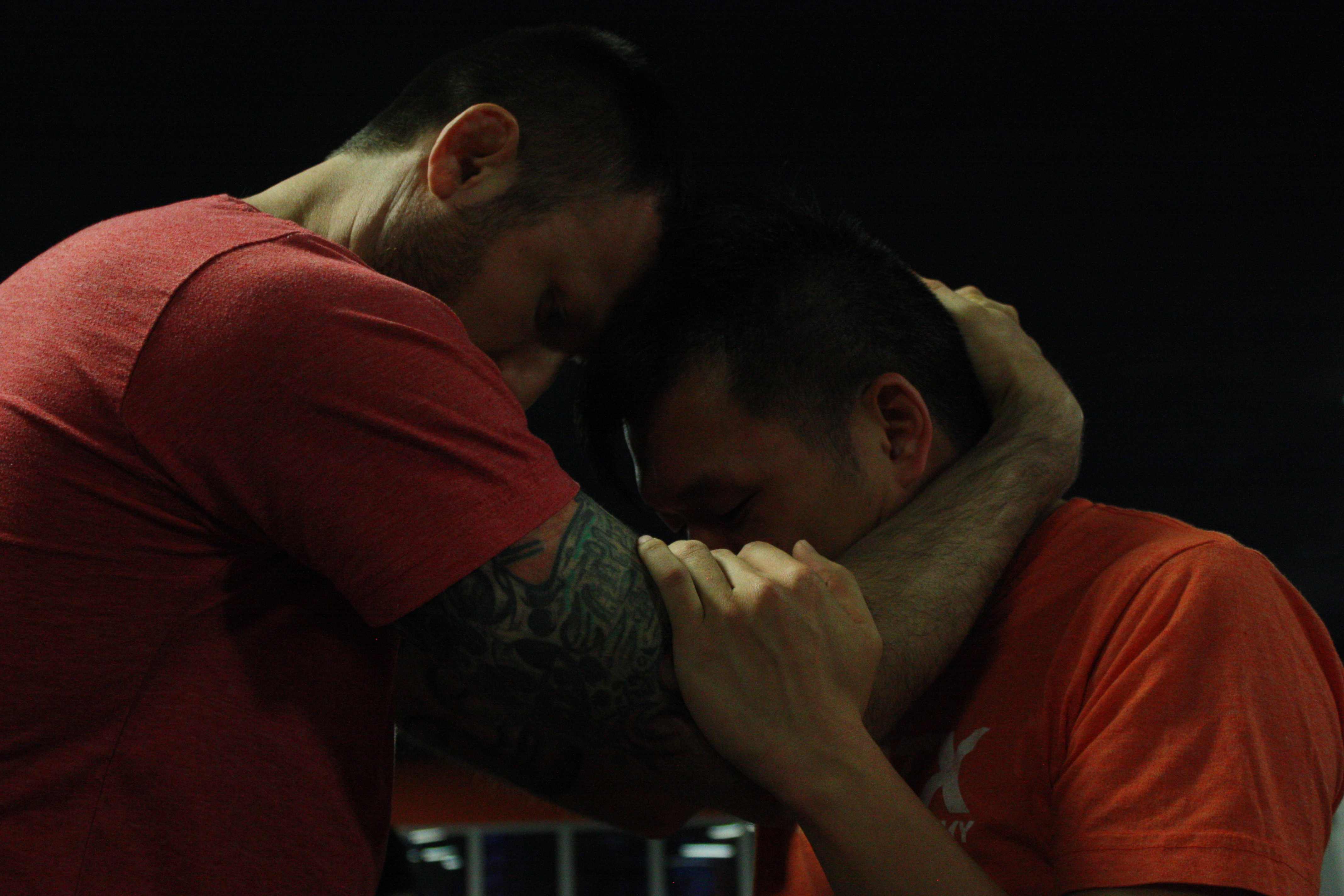 The clinch is a unique stand-up grapple that Muay Thai uses, separating it from other styles of kickboxing. 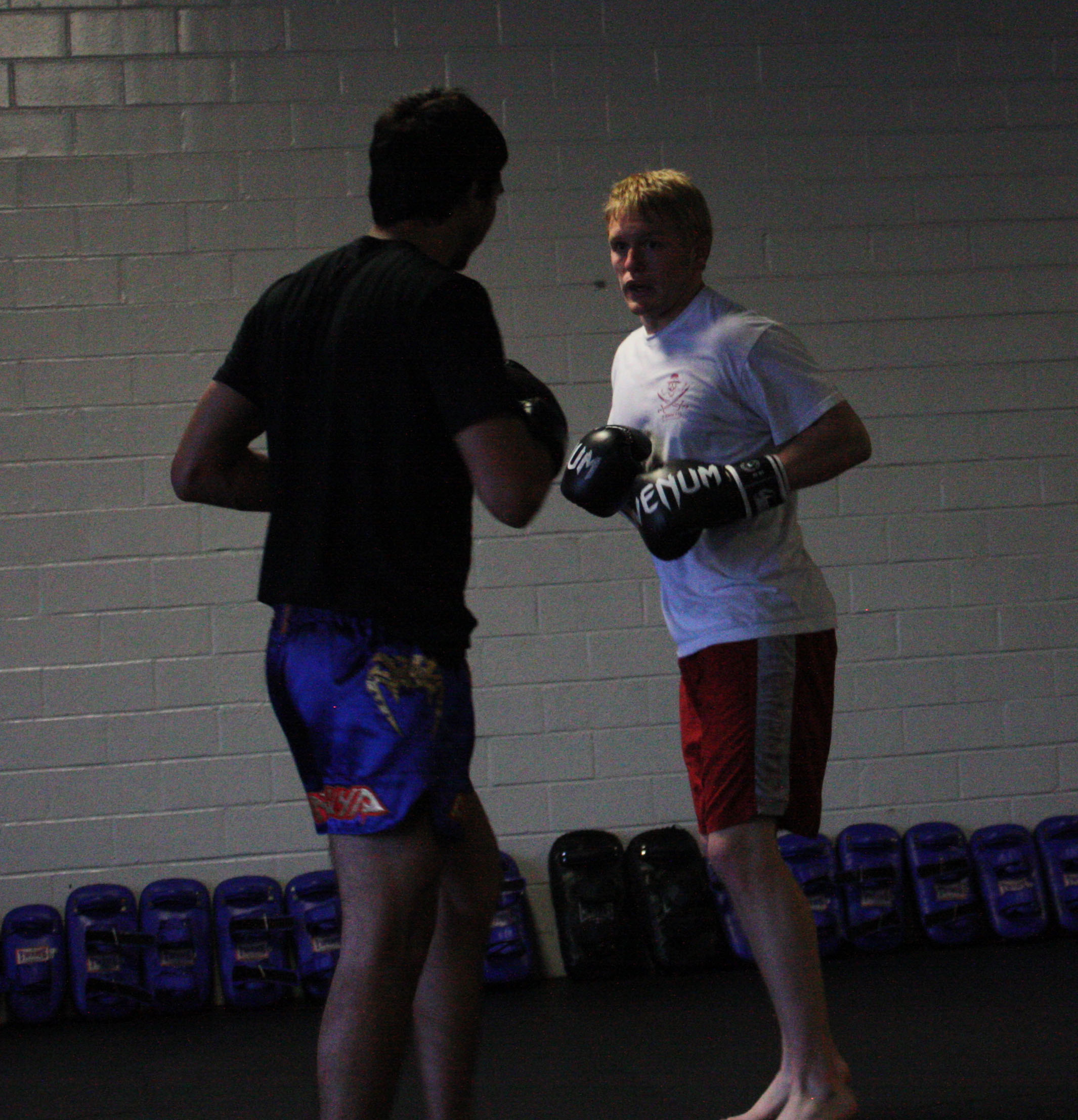 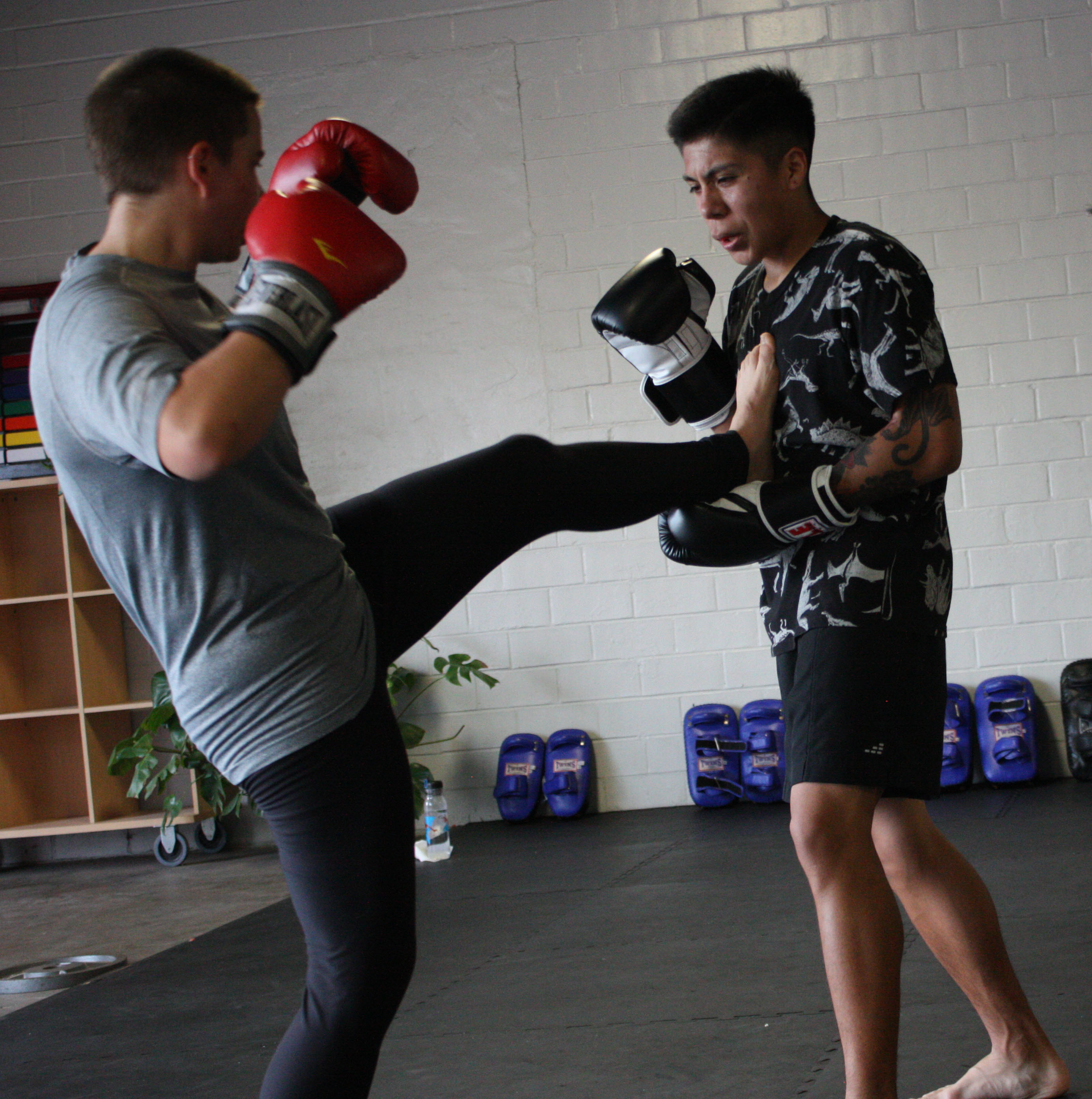 Follow through and correct application are stressed in Muay Thai. 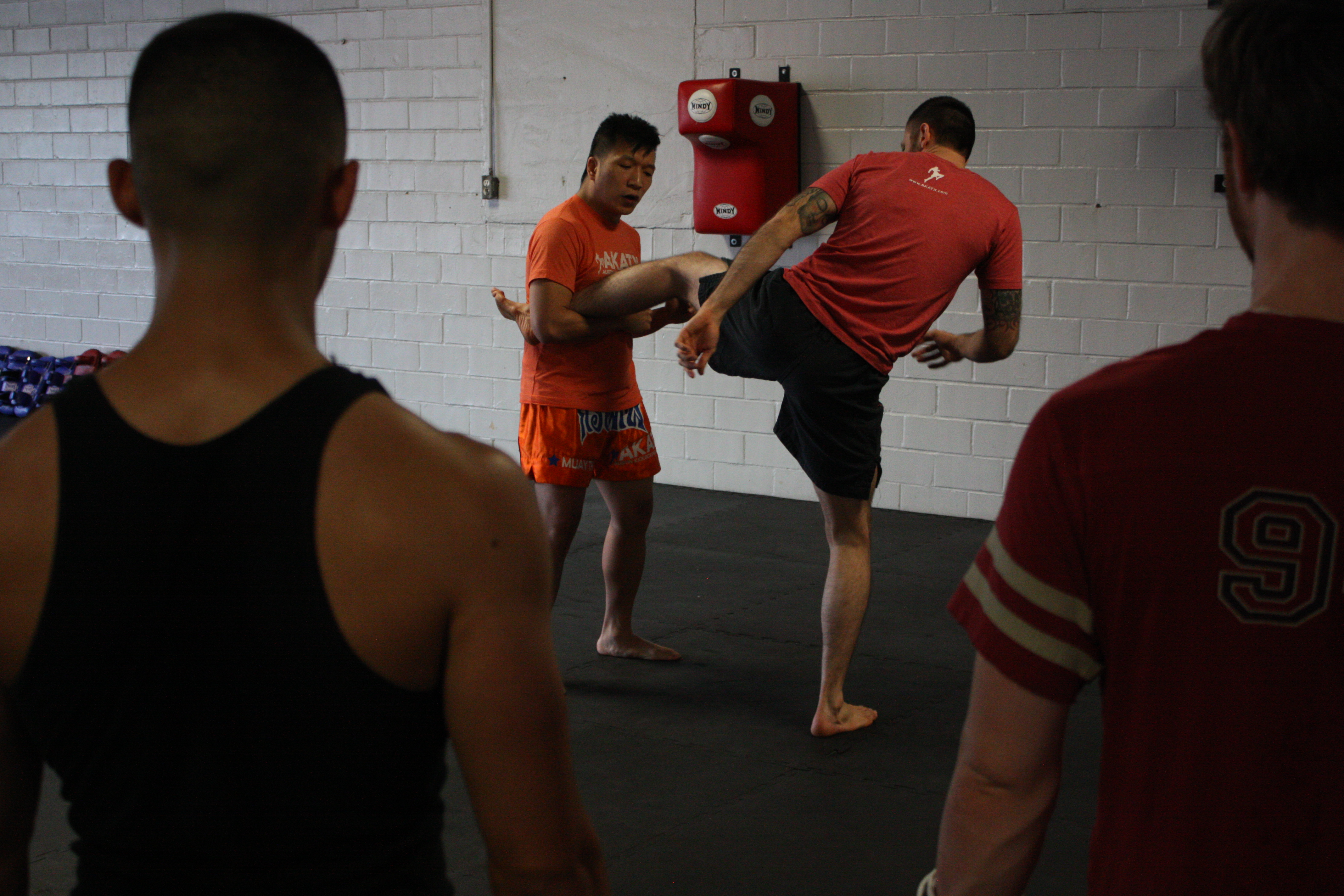 Nhan Pham is another instructor who teaches Muay Thai, as he and Vera tag team to show the correct way to perform moves. 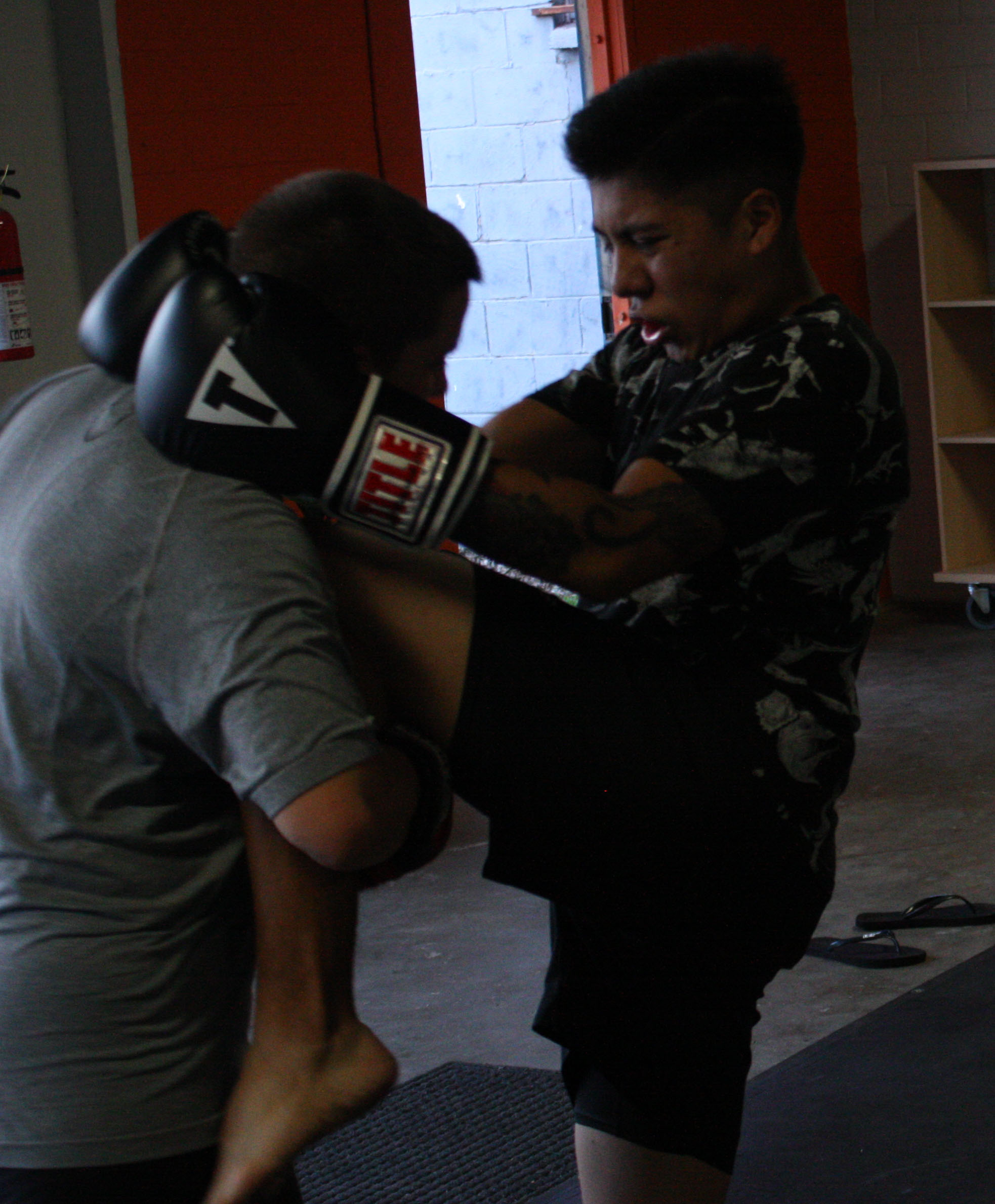 Muay Thai is known as the art of the eight limbs, as it incorporates the use of the hands, feet, elbows and knees. 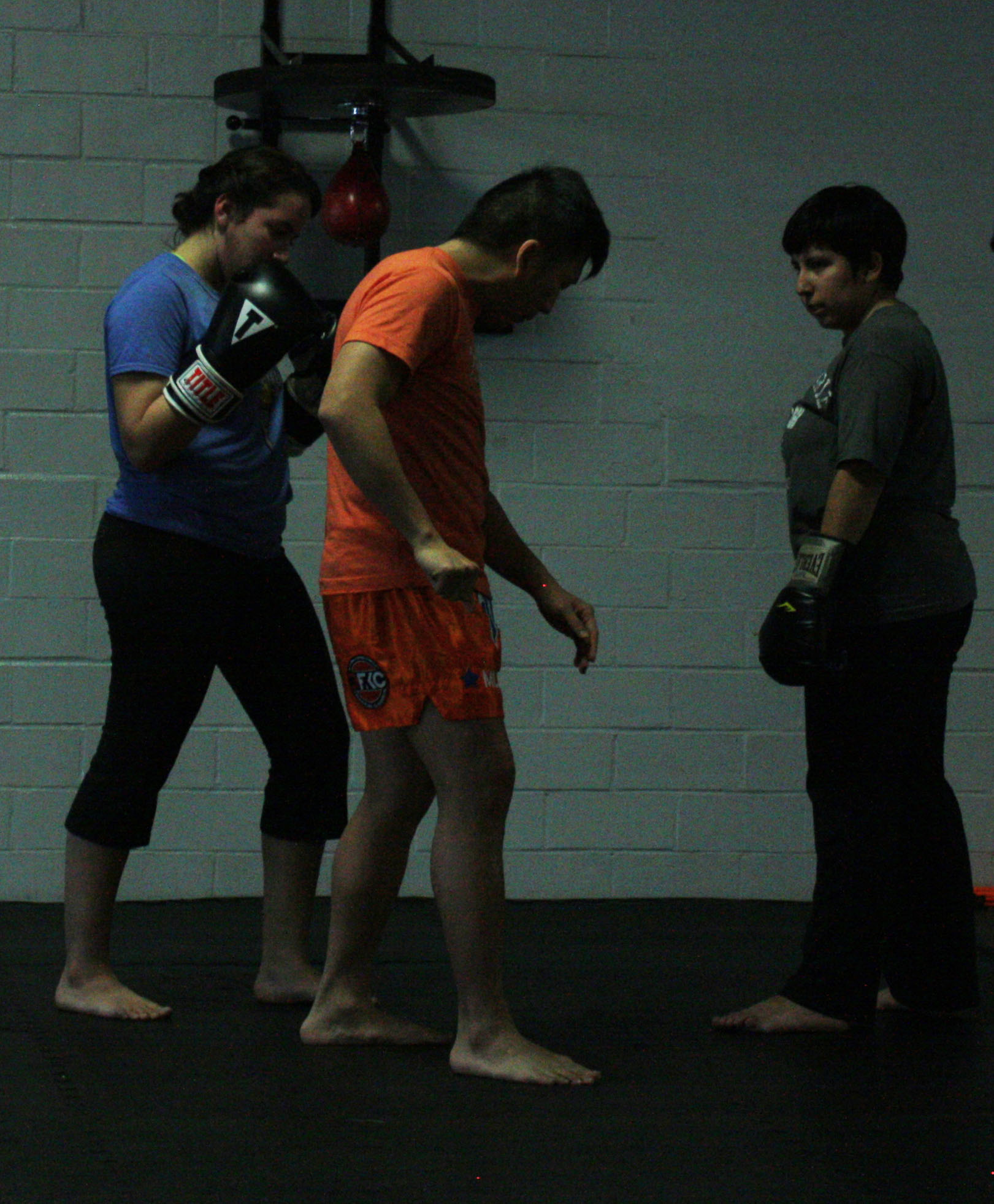 Students from six-years-old to 64 come through the doors of the Austin Kickboxing Academy to learn Muay Thai. 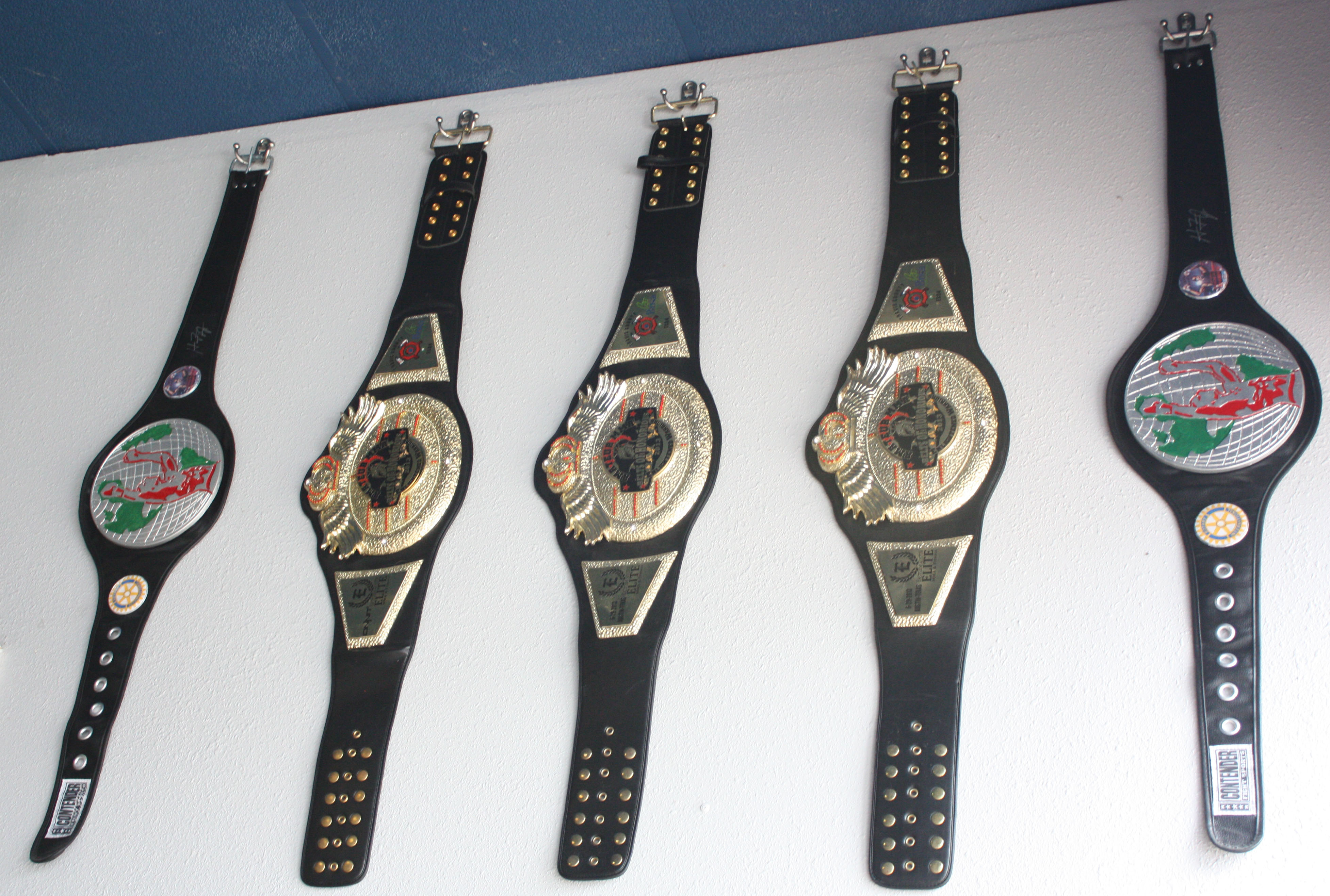 There are no standard Muay Thai events in Texas. As a result Vera and his students practice the form and use its basic skills in other competitions. 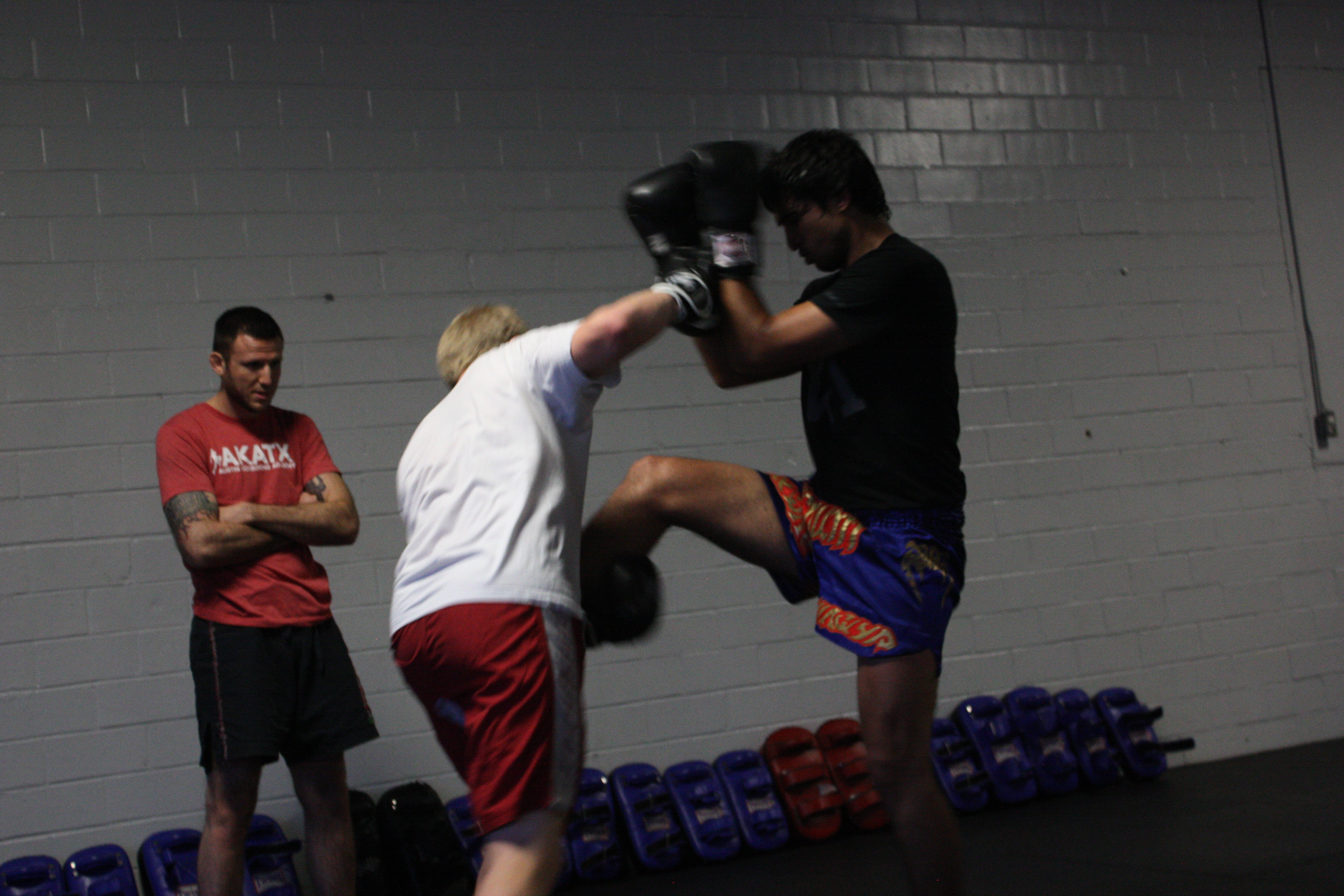 Many people will tell you that video games are simply a childish activity that one eventually outgrows. Some will even say that video games have no substantial value at all in human life. But for others, the excitement of these virtual, action-packed worlds can ignite a passion and launch a career.

Randy Vera, Muy Thai instructor at Austin Kickboxing Academy is one of those who was deeply inspired by the games he played as a boy—Street Fighter to be exact. At age 14, he combined his passion for martial arts with ambitious desire to bring his virtual world to life.

“I was looking for a martial art to train in,” Vera said. “I talked to a local instructor and he recommended Muy Thai, which I remembered from playing in Street Fighter.”

Muy Thai, sometimes known as the “art of the eight limbs” is a particularly violent martial art which involves the extensive use of elbows and knees, in addition to kicks and punches. It is characterized by a square stance that is similar to boxing but employs less lateral movement.

“There is much more follow through on punches and kicks in Muy Thai,” Vera said. “When you make contact you completely finish the motion of your attack.”

Muy Thai is also well-known for its concept of the clinch, a standup version of grappling. Because of this very isolated, straightforward form, intense training is required with a special focus on balance and speed. 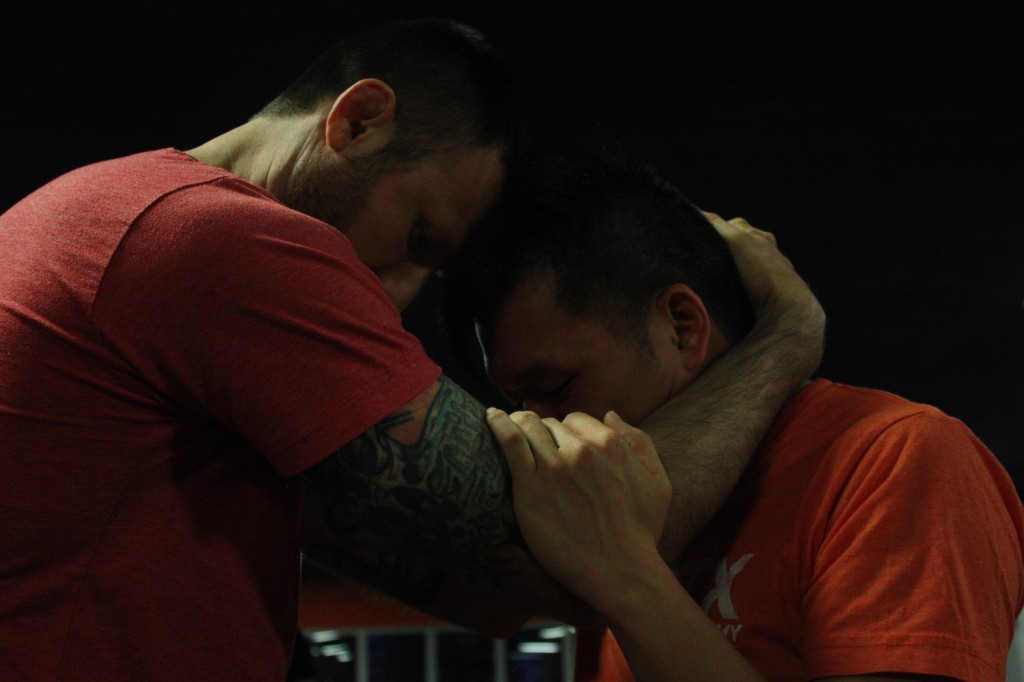 The clinch is a unique stand-up grapple that Muay Thai uses, separating it from other styles of kickboxing.

Training regiments can range from between once or twice per week, to two times a day, six days per week. Learning the basics of how to attack with elbows, knees, kicks and punches can take more than a month or two each, according to Vera.

Vera has been training in Muay Thai for the last 20 years, and has been instructing for the last 10 in Austin. He takes in students into his academy from ages six to 60 or even older. 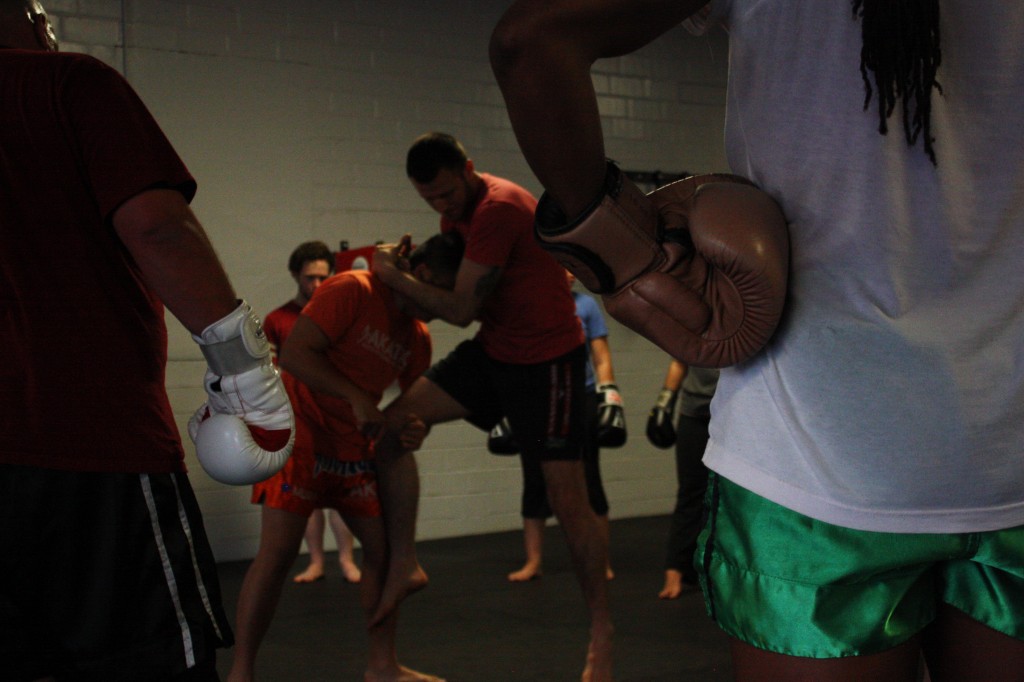 Vera teaches Muay Thai to students who range in age, from six years to 60.

He says there are several benefits to learning the art besides merely acquiring skills in combat and self-defense.

“There’s a laundry list of things Muay Thai can help you do,” Vera said. “The training is excellent for focusing your mind, it’s great for getting and staying in shape and it can also help to raise one’s self-confidence. Everything depends upon the goal of the student—what does he or she wish to accomplish by learning the art?” 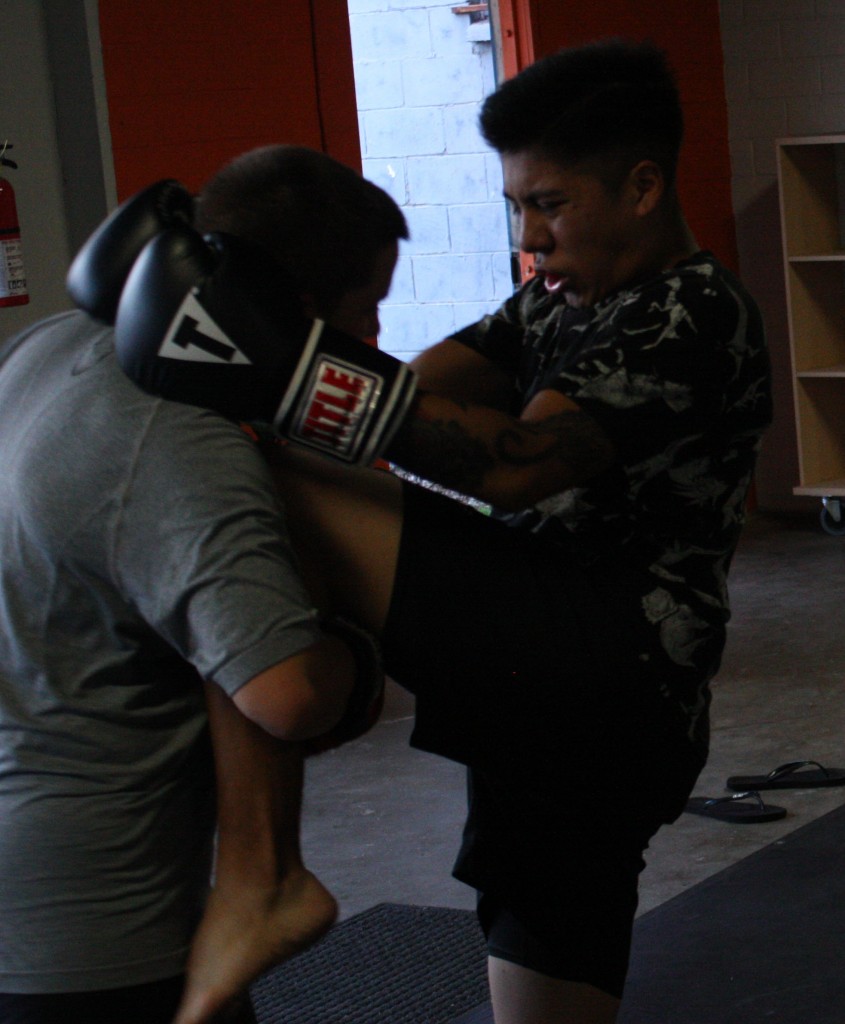 Muay Thai is known as the art of the eight limbs, as it incorporates the use of the hands, feet, elbows and knees.

Despite the high level of effort required to train, students don’t have much opportunity at all to compete in the art of Muay Thai in Texas.

“The Boxing Commission in Texas makes it very difficult for students to compete in that art,” Vera said. “Standard boxing and MMA (mixed martial arts) events are much more common here.”

Vera says it is easier for students to compete in Texas by learning Muay Thai and applying it to other forms of martial arts in MMA training.

One of Vera’s students, Brittany Robertson, has been training in Muay Thai since 2007, and under Vera since 2008. She says her goal is to simply be the best fighter she can be, regardless of any restrictions on competition in Texas.

“I’m striving for perfection,” Robertson said. “The perfect technique for offense and defense and for controlling and conducting a match.

“My desire to compete stems from that, as I see competition as a test of my progress.”

← Practicing Your Practice: Yoga and Welding
A Bit o’ Bitcoin →