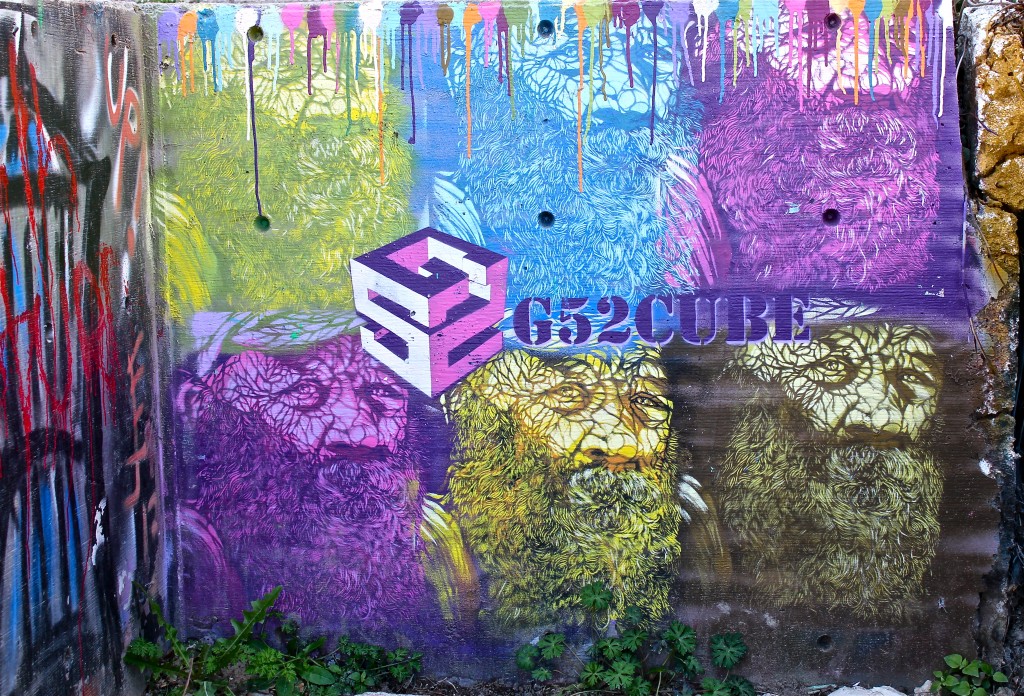 Stencils of a homeless man’s face, by Seve Garza at the Hope Wall. Photo by Rachel Hill.

Most artists were born with an easel in their cribs and a colored pencil in their hands, but local Austin street artist, Severiano ‘Seve’ Garza, learned his artistic skills following tutorials on YouTube.

“I had a lot of time on my hands and I started watching YouTube tutorials on how to do random skills,” Garza said. “I found Photoshop tutorials and I got really good at messing with people’s faces.”

At 16 he was diagnosed with Osteochondritis dissecans disorder, and was unable to continue with contact sports. In 2010 as a sophomore in college at Chapman University, in Orange Calif., Garza was at a standstill because he could no longer play baseball, and was compelled to seek out a new activity and thus created a new identity in art.

“Honestly I was really bored and needed something to take up my time instead of sports,” Garza said about his beginnings in art.

Some of his initial work included photos of celebrities, which he would morph together with animals on Photoshop. His most popular Photoshop project was of Paris Hilton with lizard features. He later looked into tutorials on stencils, which became his main medium for his artwork.

“I learned how to turn images into stencils, so I developed my own style,” Garza said.
Armed with an arsenal of spray paint bottles, a box of stencils, and spray paint under his nails, Garza does most of his work at the Hope Wall in Austin.

He often uses faces of those he encounters in his life journey as the subject of his graffiti art and duplicates and layers the image several times.

“People always ask me what inspired me to paint what I paint,” Garza said. “Honestly, I just use whatever I see.”
His artwork can be easily identified by his tag, or street name, g52cube. Garza uses the cube in his tag because geometry was “the only subject I was good at in school.”

The tag name originated from his great grandfather who drove 51 head of cattle from Central America. The animals were branded with ‘G51’. His grandfather then used the brand for his engineering firm and his father uses it currently for his venture capitalist firm. 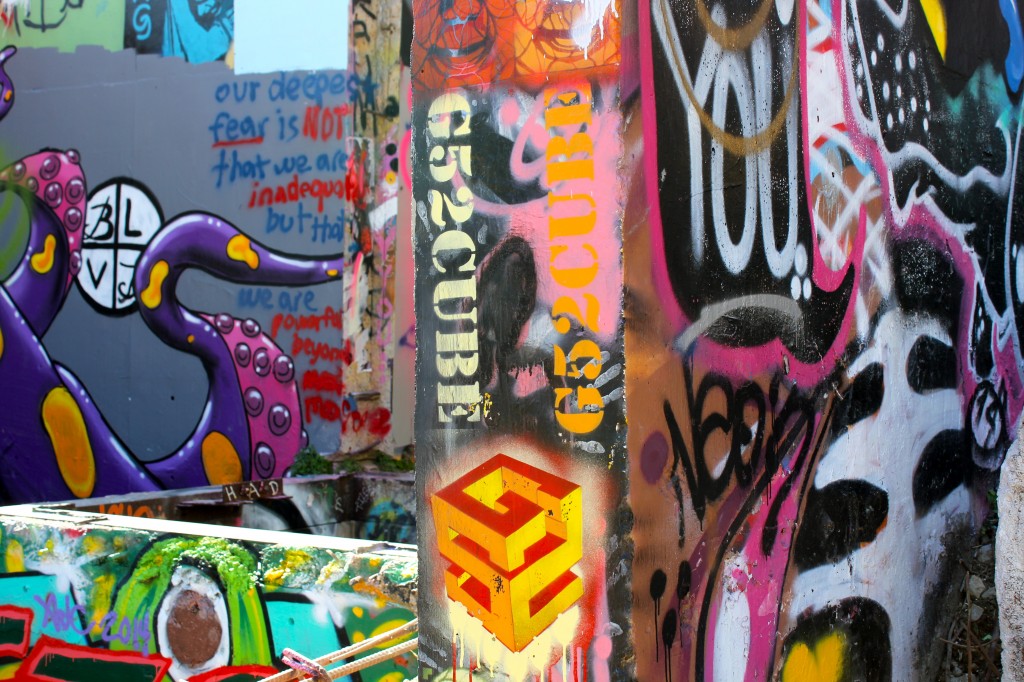 When his business-minded father found out his son, who majored in business marketing with a minor in studio art, decided to be an artist full time, he was initially hesitant to support him.

“Any resistance met from my family was because of the stereotypes associated with artists being broke and hungry,” Garza said. “Now that they have seen that it can be more sustainable than they originally thought, they’re more supportive.”

Even though Garza is not working directly in the business field, he attributes his current success to his knowledge in business marketing and the value of the Internet, which he says makes the “possibilities endless for an artist.”

“It’s like fishing in the ocean versus a small pond, if you’ve done your research [for a target audience] you have a better way to sell,” Garza said.

A lot of his artwork is solely based on his interests but he also works with Spartx street artist crew, a group of artists that helps curate the Hope Wall.

“I do a lot of work for them whether it’s photo, video or paint jobs,” Garza said.

As a street artist, Garza spends most of his time creating graffiti, but as a self-proclaimed activist, he also devotes his spare time to a yearlong awareness project he started that documents the lives of homeless people in Austin. “Forty percent of homeless people suffer from mental disabilities,” Garza said, while elaborating on his interest in the local homeless community.

“Nobody sees them as people,” Garza said. “I want to get people to think about something they’ve never thought about.”
Garza hopes to spread awareness through video interviews and paintings of the homeless men’s faces on the Hope Wall.

“We don’t notice these people,” Garza said. “I want people to know, [the homeless community] is here and it’s huge.”

In March, Garza was able to speak at TedxYouth in Austin for a crowd of 700 high school and middle school students about his work and identity as a street artist.

“I always saw myself as a leader and lost the only thing I could be a leader at and I always really valued the fact that people wanted to listen to what I had to say,” Garza said. “Now I use [art] as a way to seek the approval of others.”

In the future, Garza hopes to own a hotel or restaurant featuring art as a way to make money while cultivating new artists in the process, but for now he sells his paintings on his website and uses the Hope Wall as his giant canvas.

“When I moved back [to Austin] a friend introduced me to it,” Garza said. “It was destiny for me to go and paint there.”