S.M.I.L.E. and Brave the Shave 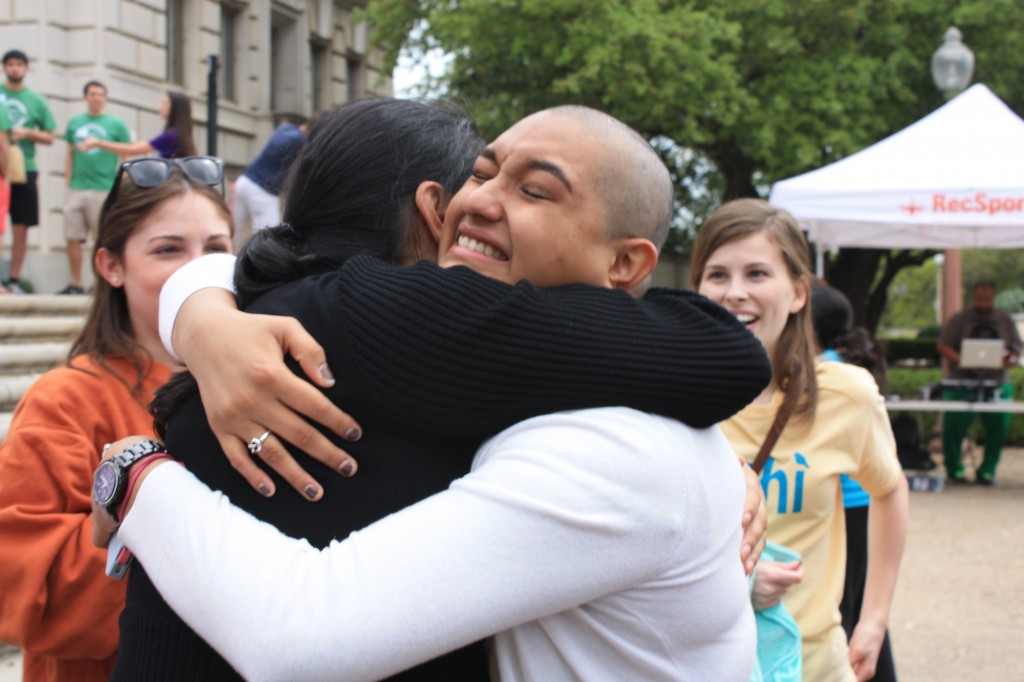 Carolina Media hugs her sister after braving the shave. Photo by Rachel Hill

Audience members watched attentively as a panel of brave participants said goodbye to their heads full of hair. Young men lost inches, while girls gave up feet of luscious hair, switching their everyday look for a more unconventional bald head. 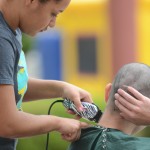 These people did not simply lose their locks for style; instead, they did it to raise awareness of pediatric cancer as part of Brave the Shave, an event benefiting the St. Baldrick’s Foundation by Students Making Impacts through Love and Empathy (S.M.I.L.E.). Some do it for the praise, some solely to show support, others because they want to try something new, but in the end, it is all for a cause.

Brave the Shave 2014 took place on April 5 in front of the University of Texas tower located in the west mall. Participants sat on stage while audience members watched their acts of bravery take place, as has been the case for the past three years.

Since the event started in 2012, on an annual basis, hundreds of people vow to shave their heads in unity in support of children battling cancer. This year alone, there were 195 participants.

“We’re all really passionate about this,” said Theo Costin, Brave the Shave 2014 event coordinator. “It’s been really hard, but it’s been worth it; the event has been bigger every single year.” 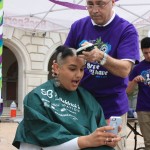 Carolina uses her phone’s camera to check her progress

UT sophomore and English major, Carolina Media, shaved her head in honor of her cousin who had cancer. Her friends took photos and videos with their cell phones as the barber shaved her head. Once she was done, her friends greeted showered her with hugs and tears.

“I was emotional because I realized how much people love me and like how much they’ll come out and support me,” Medina said. “They’re still going to love me now that I’m bald.”

All of the proceeds from the events go to benefit the St. Baldrick’s Foundation, which then allocates the money to organizations focused on pediatric cancer research. In total, over $100,000 have been raised by S.M.I.L.E. from previous events. People can help S.M.I.L.E. in their efforts by signing up to shave their head, volunteering or simply donating to the cause.

By signing up to shave their head, participants not only help in funding pediatric cancer research organizations, but also show others that “bald is beautiful.” This raises awareness to the disease in general and through this act of solidarity, the participants also show support for those affected by cancer.

“It’s a great cause,” said Megan Yeager, junior international relations major and Brave the Shave 2014 participant. “I wanted to show people that bald is beautiful.” 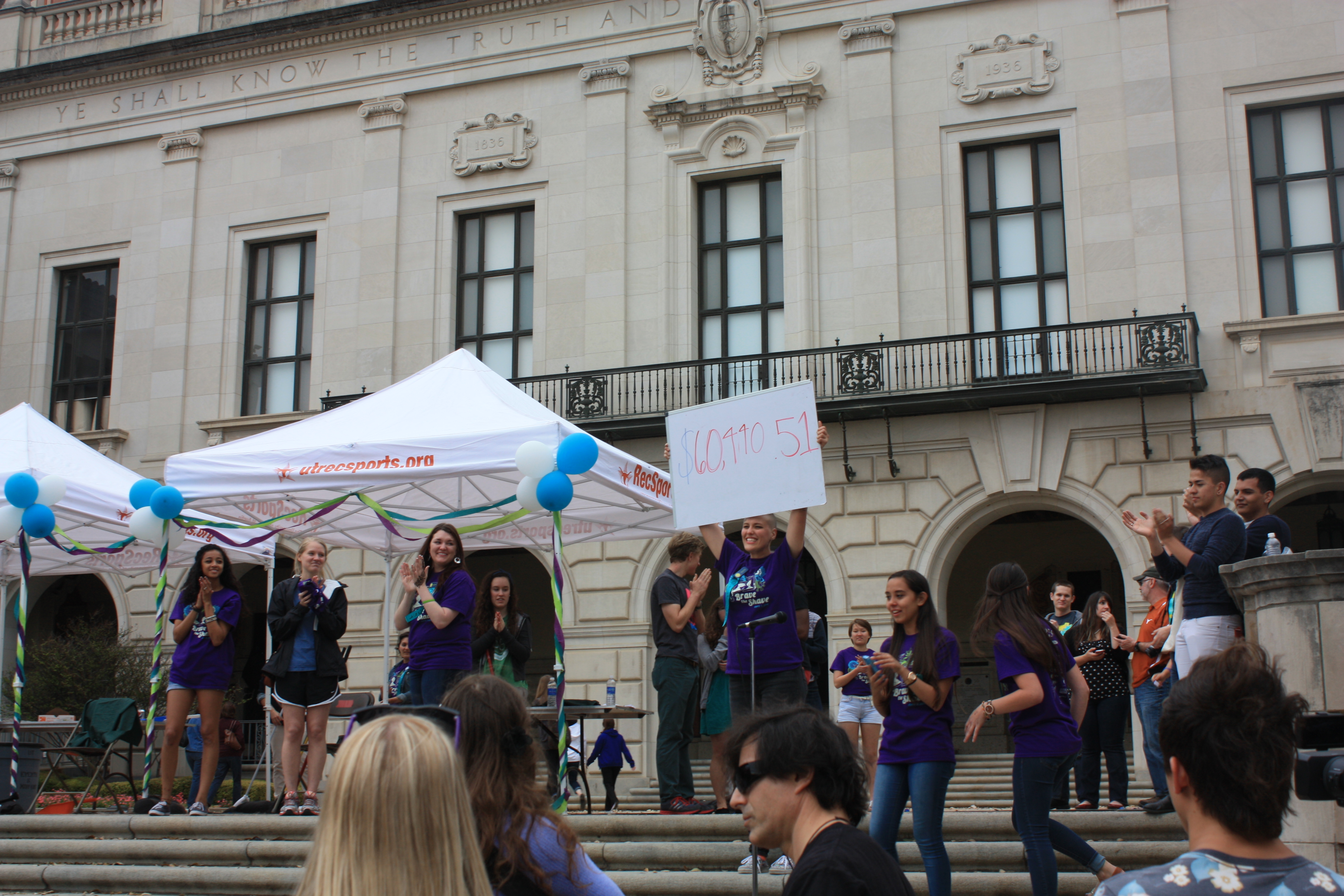 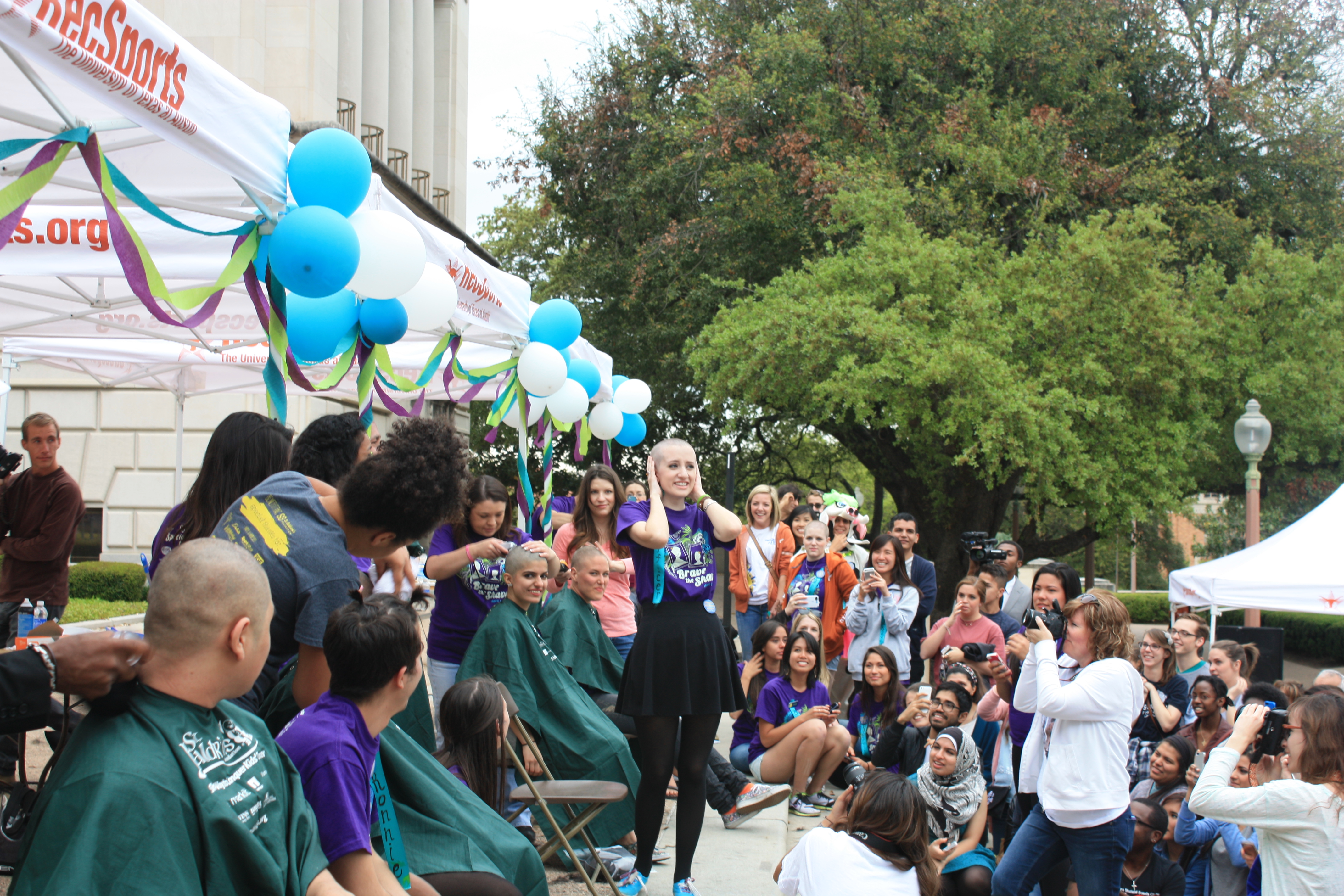 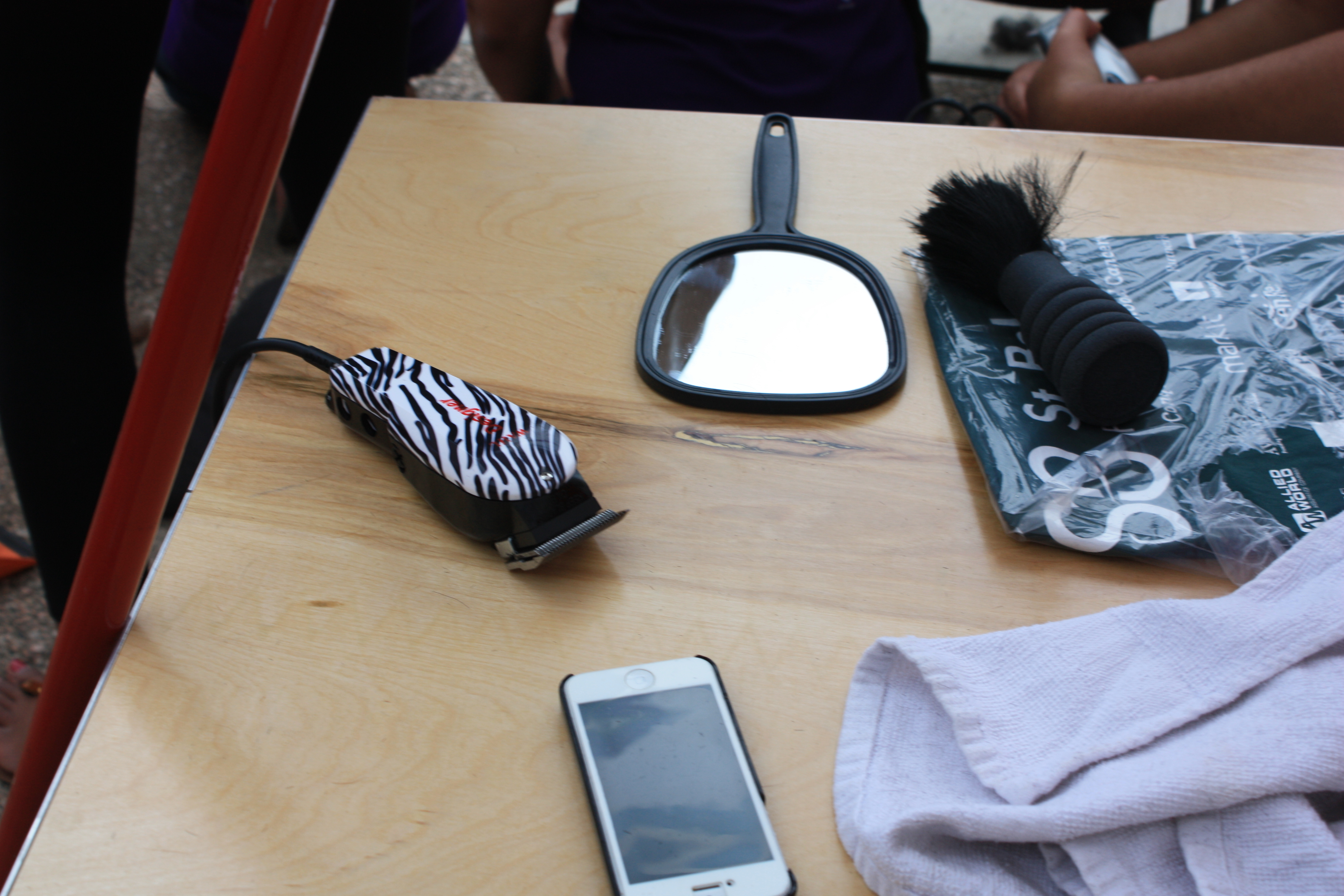 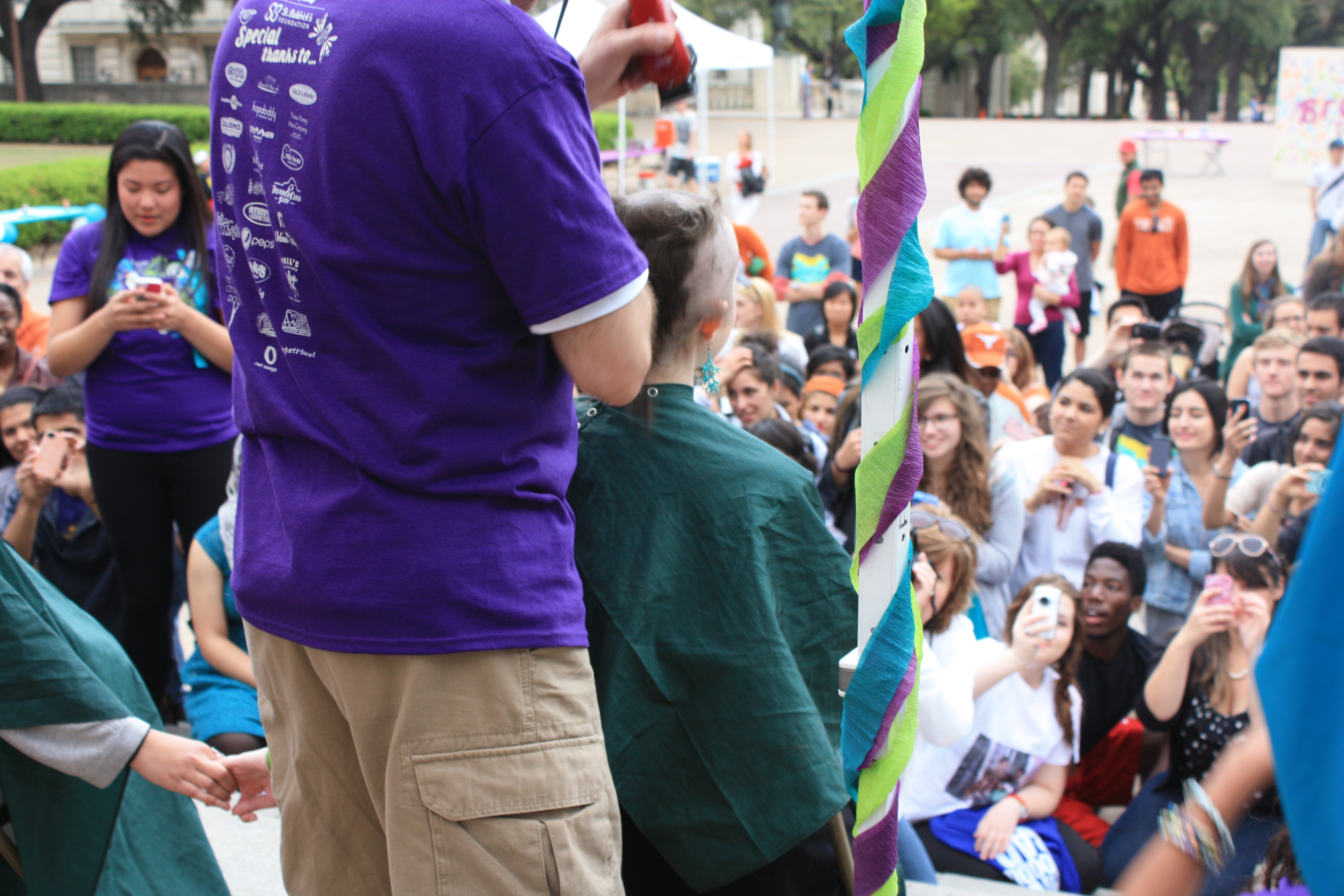 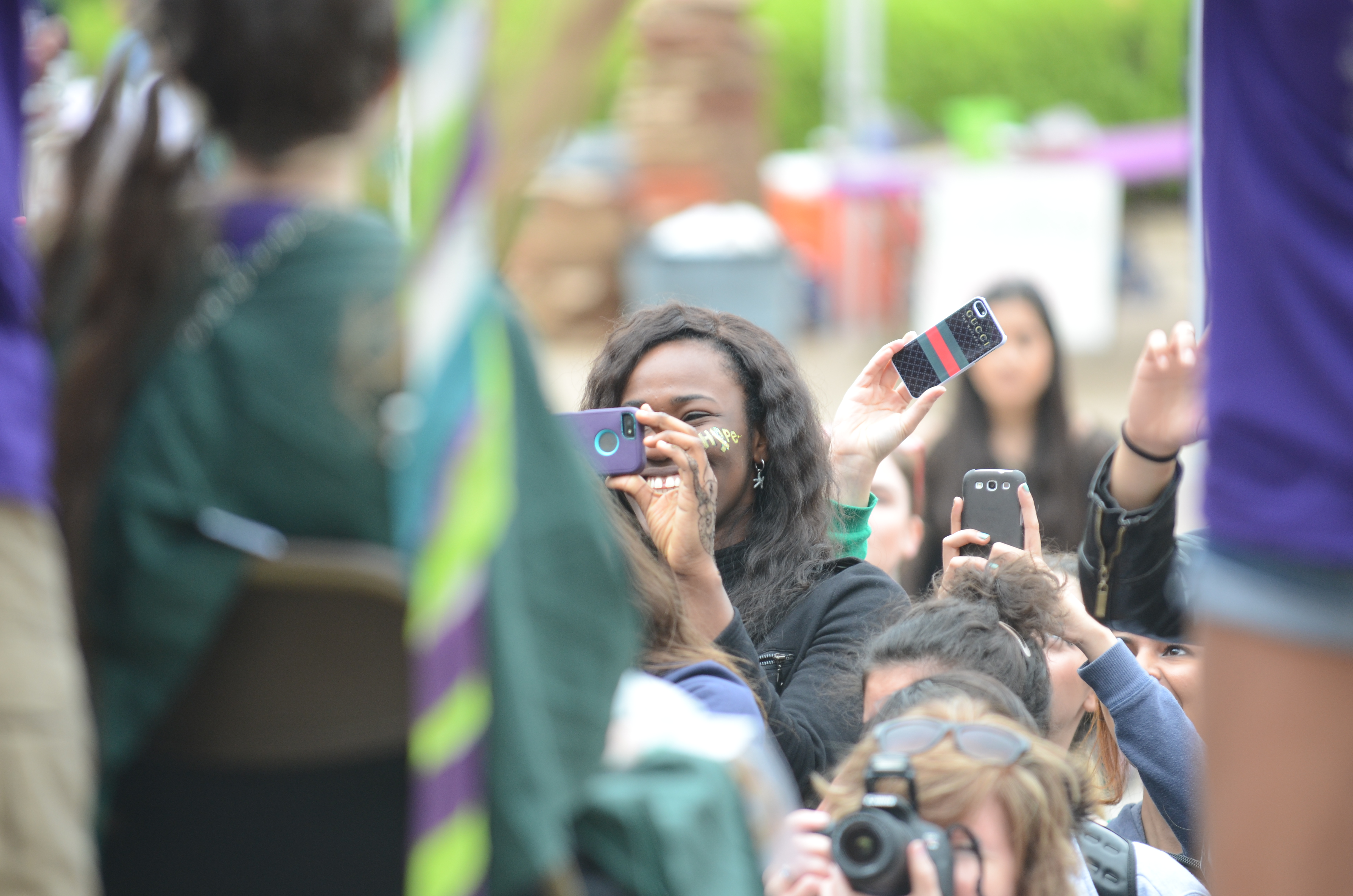 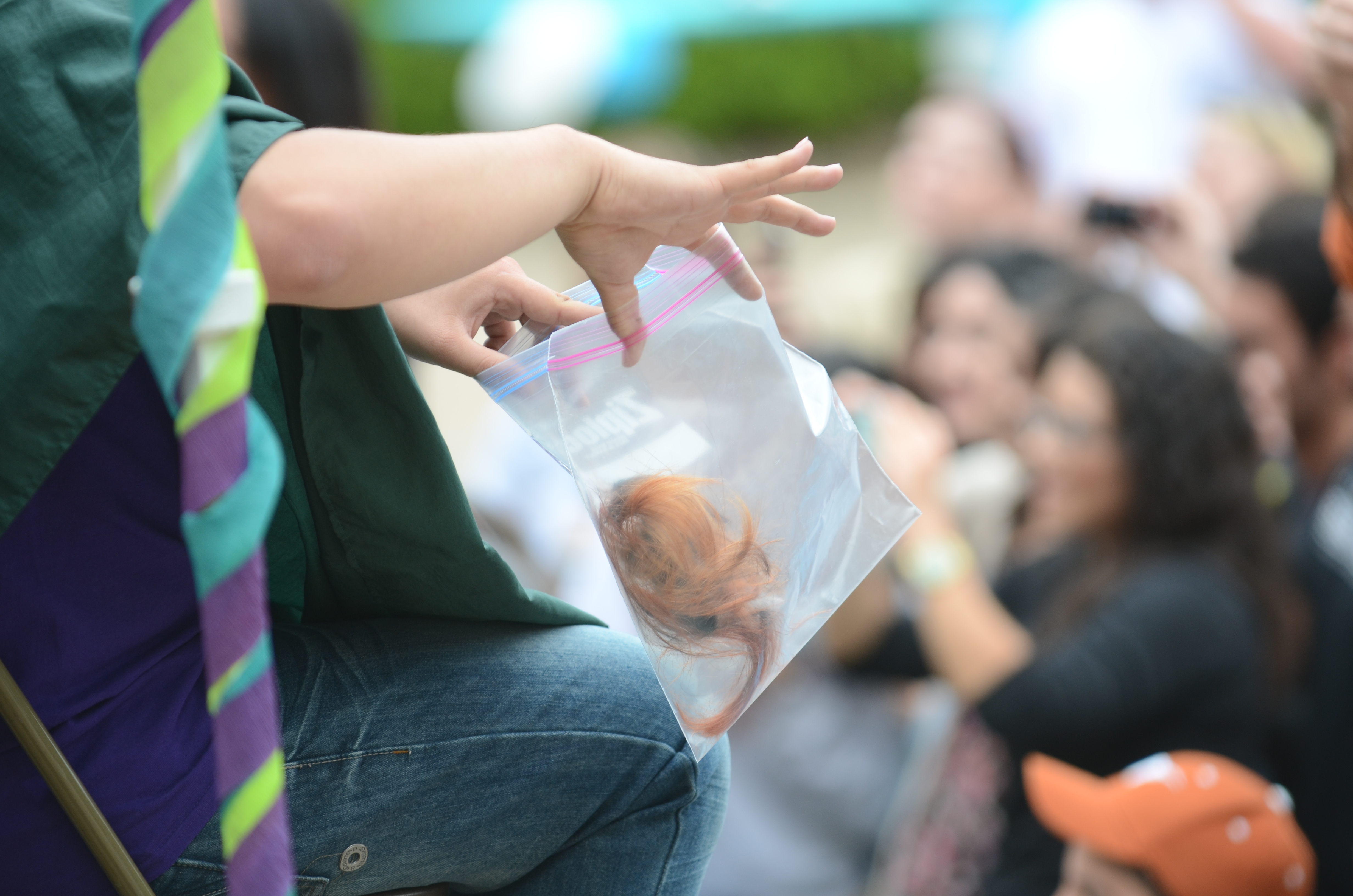 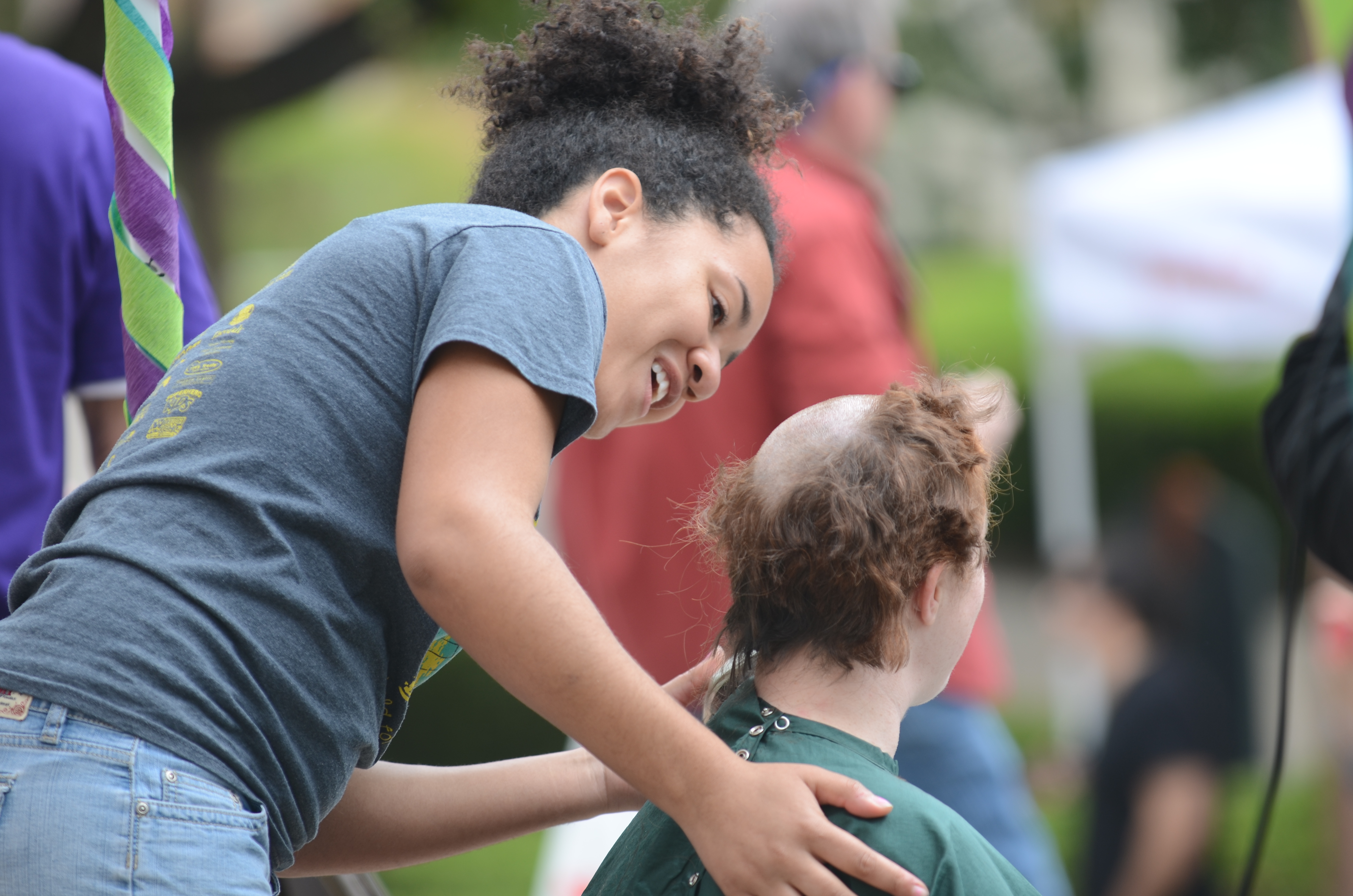 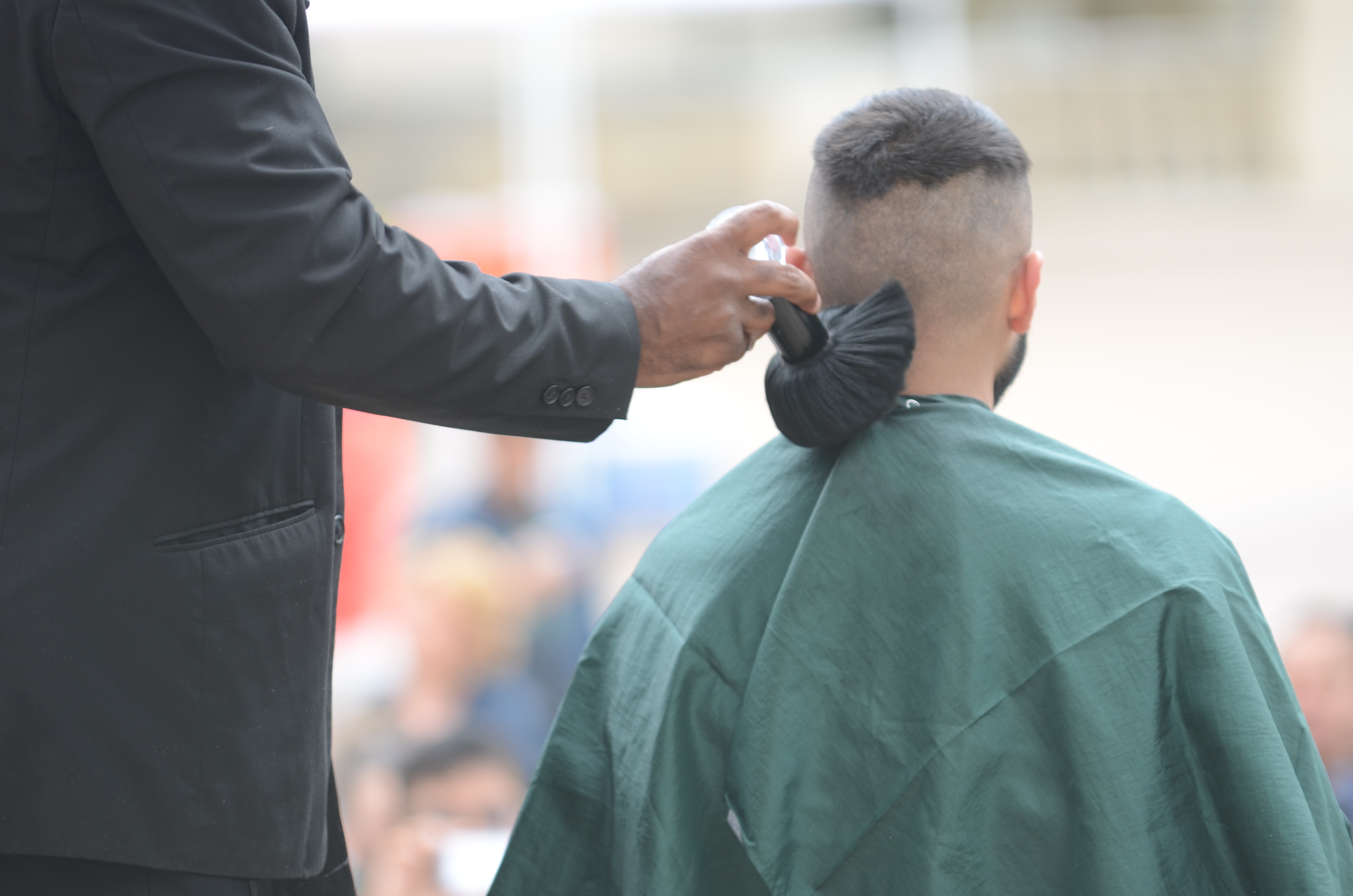 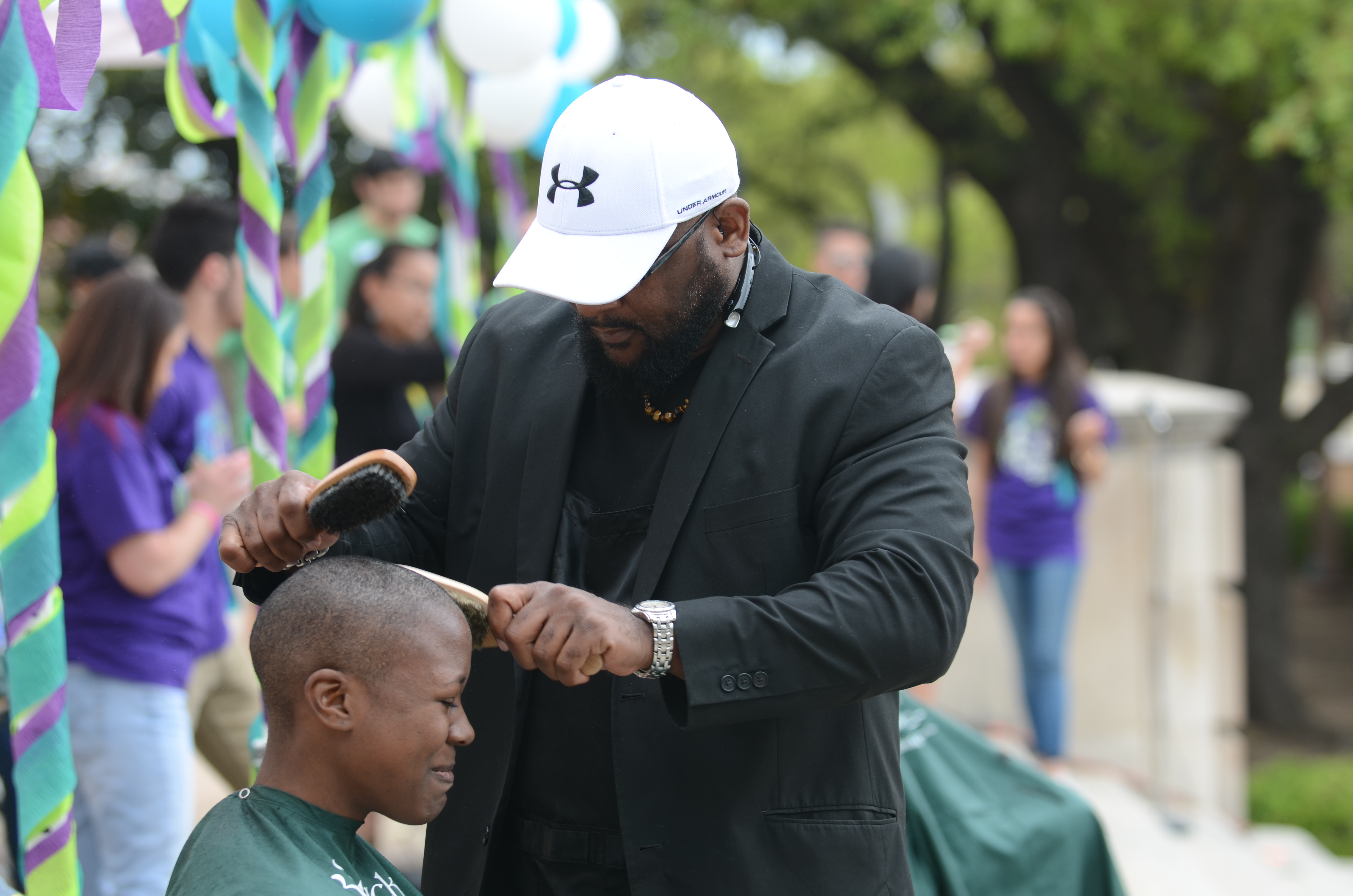 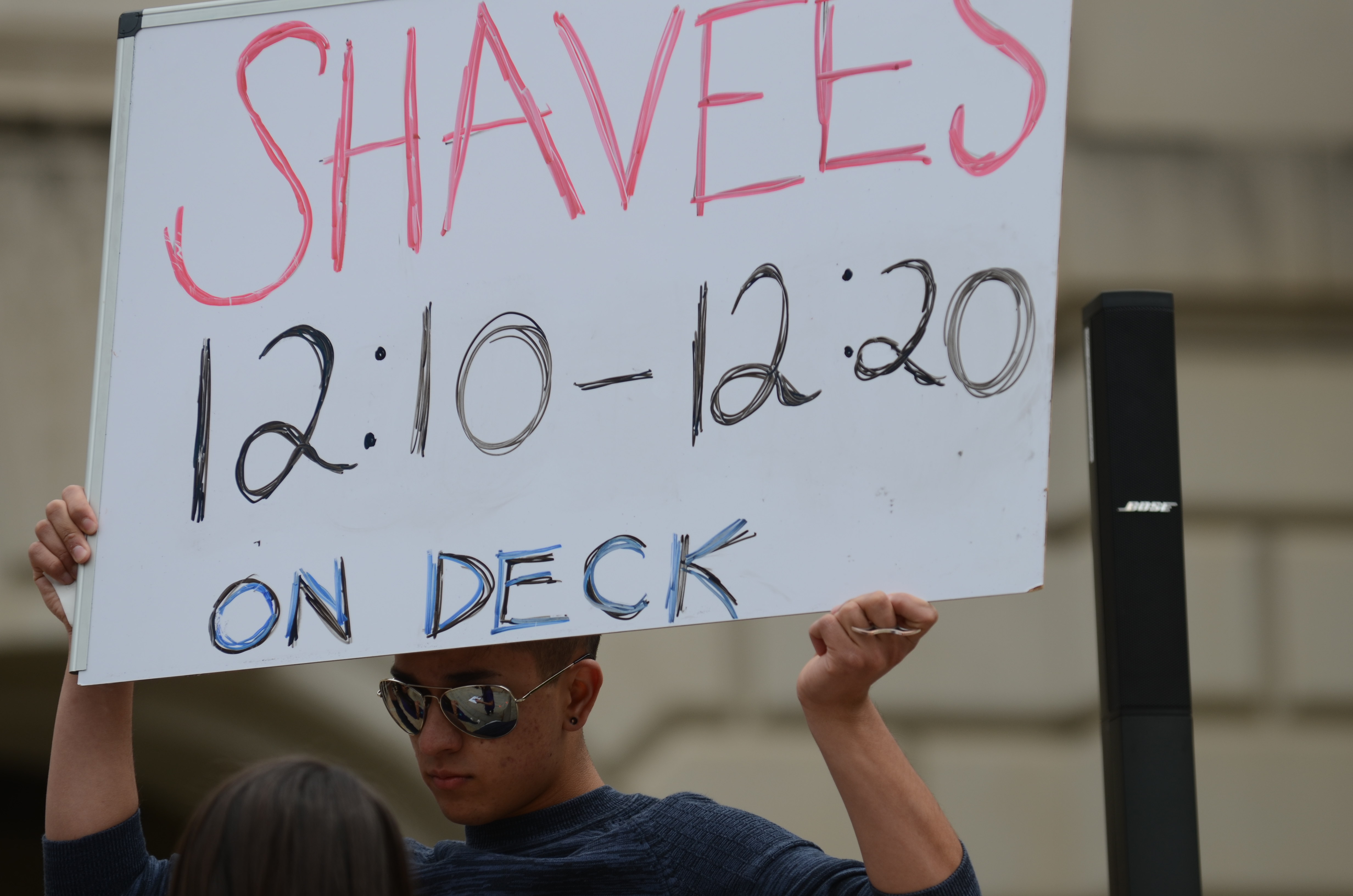 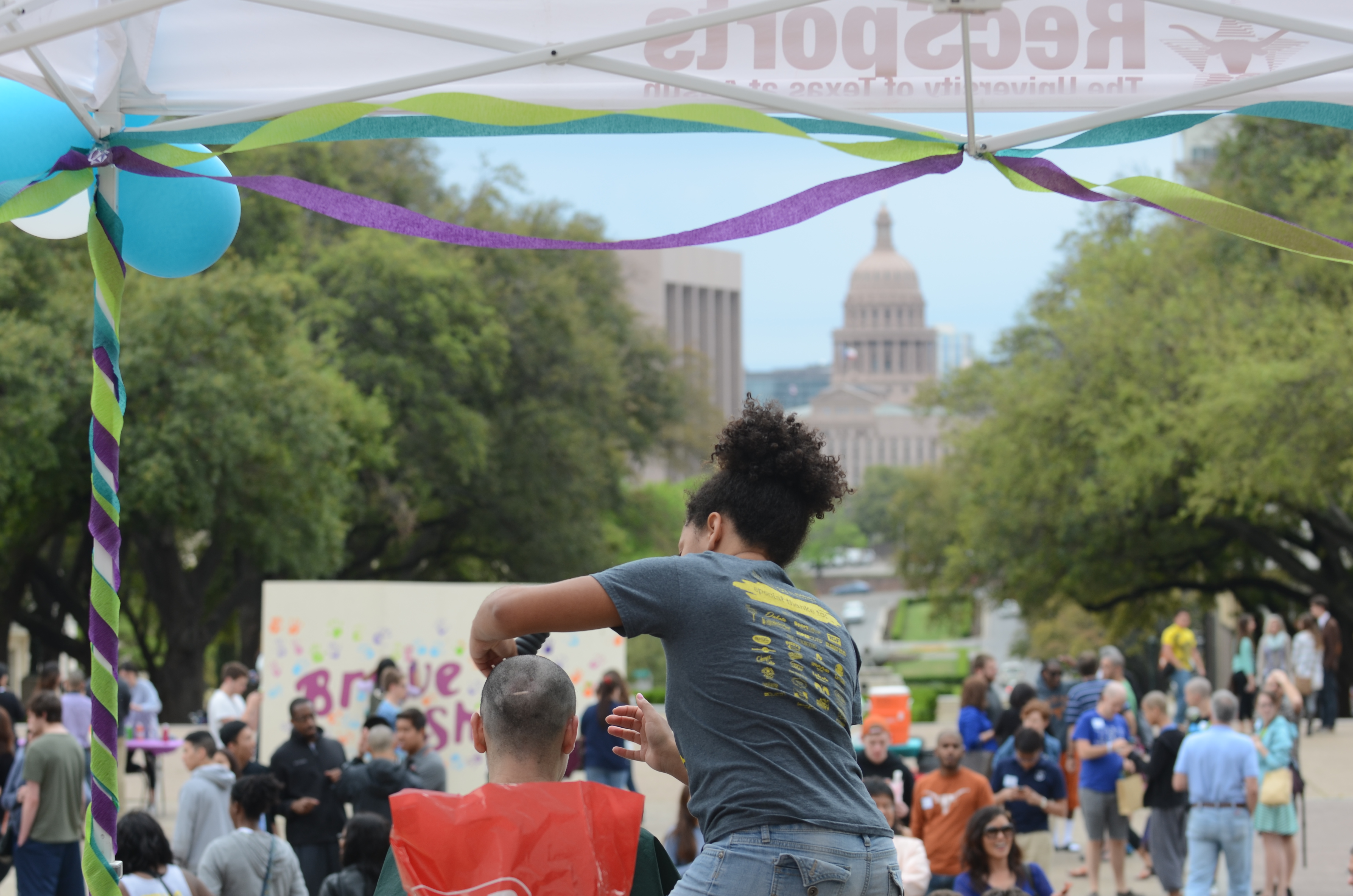 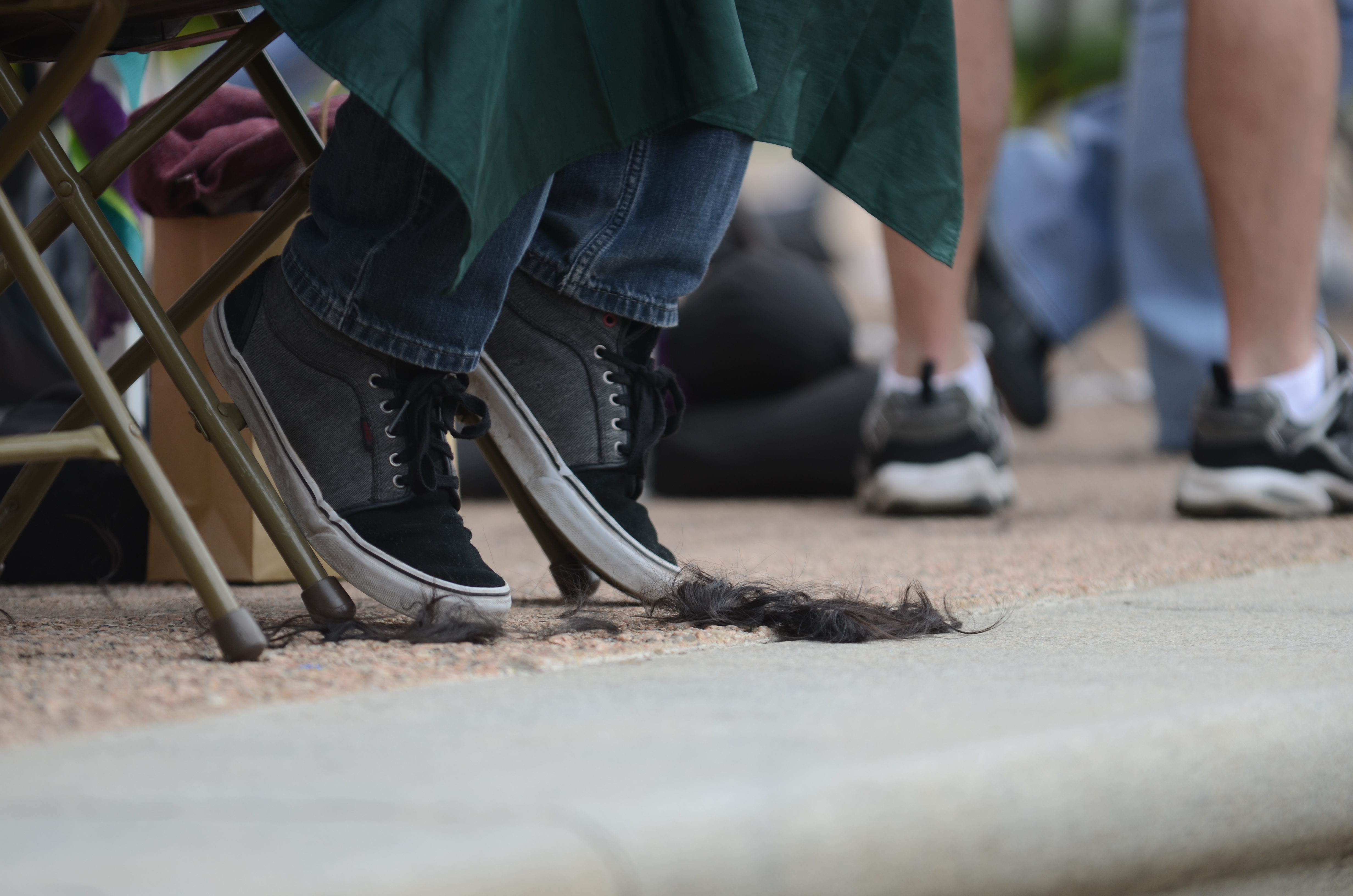 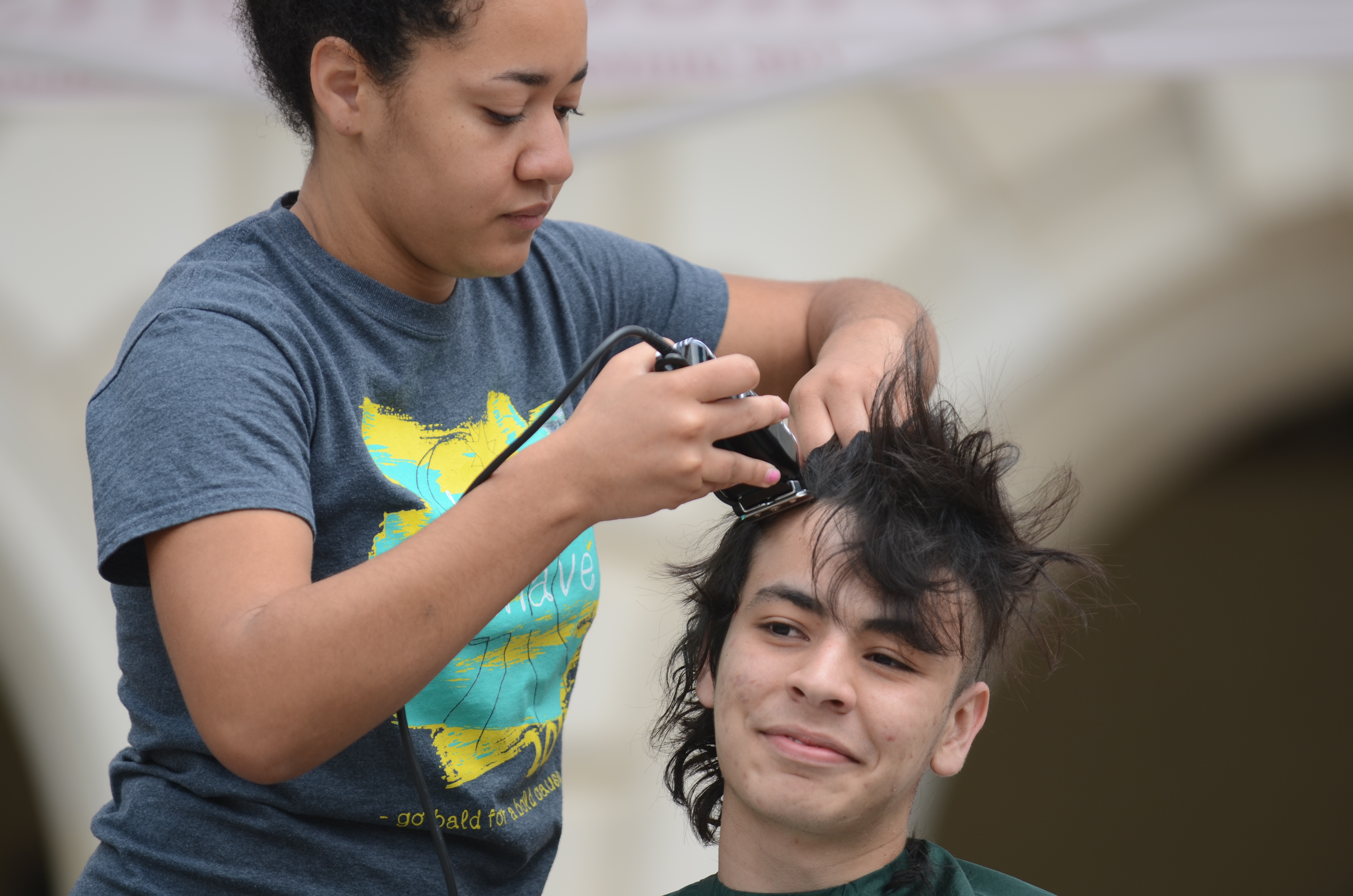 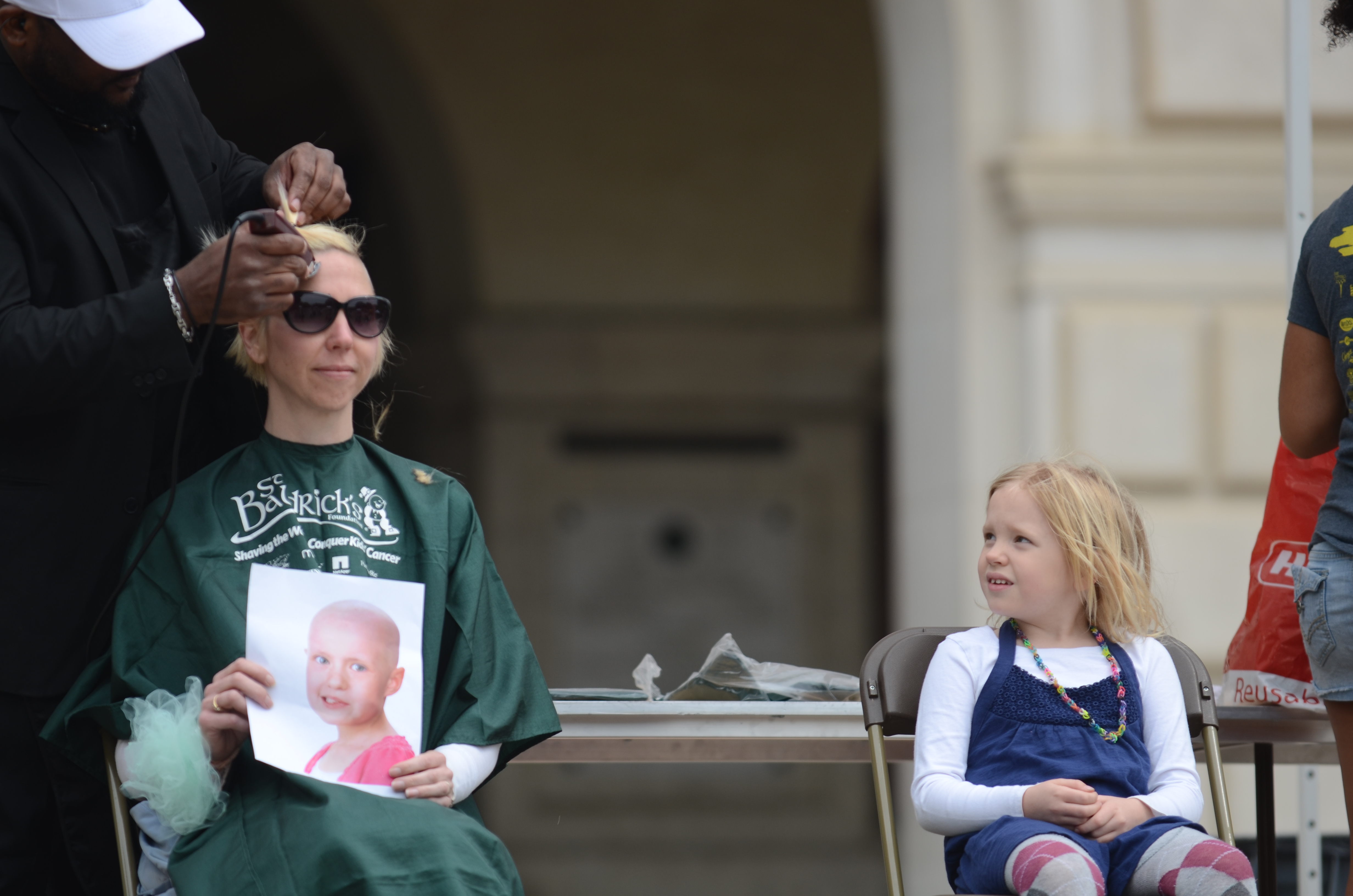