The Perfect Adjective for These Murals: Austintatious 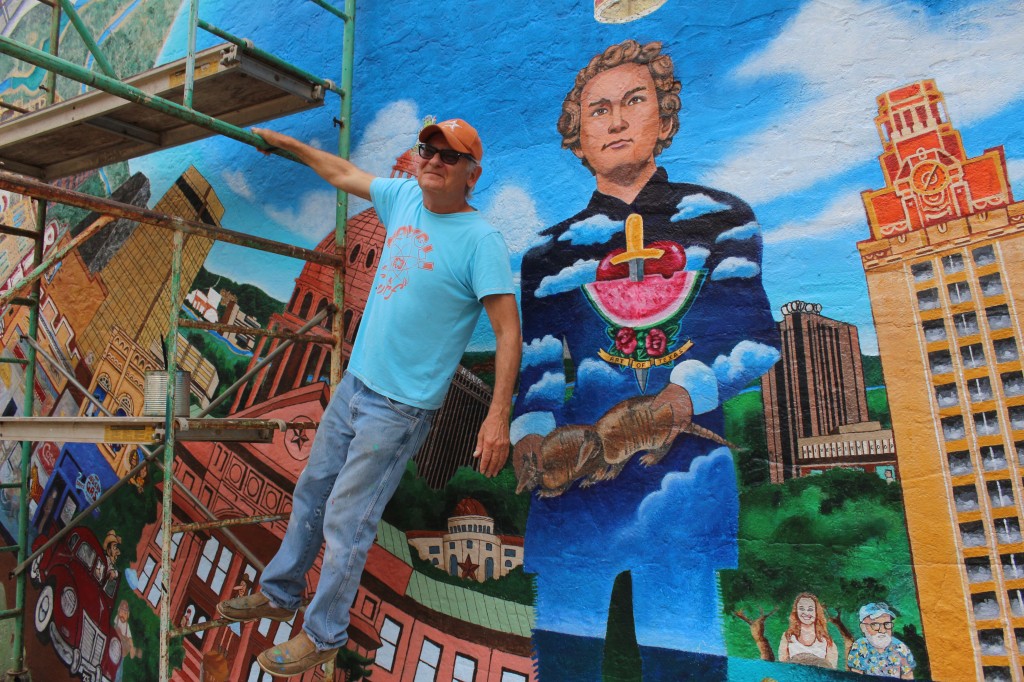 A much needed touch-up to two of Austin’s well-known murals is close to being completed.

In 1974, artists Kerry Awn, Tom Bauman, and Rick Turner painted a mural for the University Co-op depicting Austin’s uniqueness. Since then, the mural has become a big part of Austin. Visitors take pictures of, and pose next to, the artwork.

“This stretch of what is 23rd street, from Guadalupe to the alley, was the meeting place for every musician, artist and any creative individual in Central Texas,” said Brian Jewell, vice president of marketing for the University Co-op. “This was the epicenter of the creative world back in the ‘70s.”

Jewell said the artworks play the role of a time capsule. It’s a way “to let people know what Austin was about 40 years ago.”

Forty years after first creating the mural, the original artists are back to restore it after it was vandalized earlier this year.

“It’s almost like it’s expected,” Awn said. “It’s a public art — out here where everybody walks by. I’m surprised it wasn’t vandalized years before, but it’s never a pleasant feeling to have your work vandalized. I don’t really fault them, it’s almost too tempting of a target. It is what it is.”

The City of Austin Graffiti Abatement program allows for the removal of graffiti from private and public property around Austin. The program is allotted some $500,000 a year, which is used to employ disadvantaged youths to remove graffiti throughout the city.

“We mostly deal with public sidewalks and fences and art through the city’s Art in Public Places program, but we also clean up privately-own murals,” said Julia Narum, program supervisor for the landscaping & graffiti abatement services in the city of Austin Department of Health & Human Services.

Although Narum tries to utilize recycled paint she said she still easily blows through her budget because of the ever-increasing amount of graffiti with 200 to 400 calls coming in through Austin 311 every week.

She also notes that the UT campus area is one of the worst areas in the city so the tagging of the Co-op murals did not surprise her.

“Because we only remove the graffiti and don’t have the resources to restore any murals we fix, it’s great that the Co-op was able to stay in contact with Kerry Awn and his crew,” Narum said.

Graffiti removal is just one step in bringing the Austintatious and Tejas murals back to their former glory. The University Co-op and Awn estimated that $30,000 was needed to completely restore the murals. 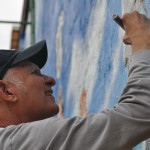 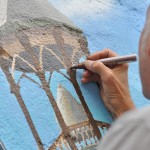 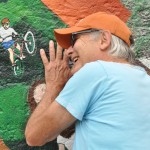 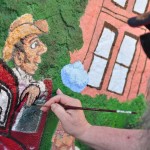 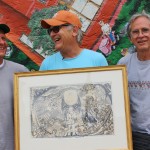 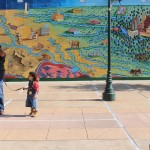 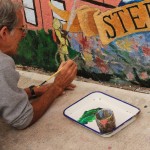 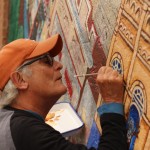 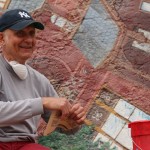 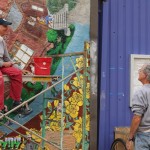 The Co-op provided the artists with $5,000 and paint company Winsor & Newton donated paint and supplies to complete the restoration. Even with these donations, the artists were still left with a large shortfall.

The artists turned to the masses, launching an Indiegogo campaign to raise the necessary remaining funds. The campaign closed on April 16 with a total of $21,958 in funds raised.

The Co-op also installed surveillance cameras and additional lighting in a hope to deter future vandalism of the murals.

Austintatious and Tejas aren’t the first Austin-area murals to be vandalized. Back in December 2013, the iconic “Hi, how are you” mural was defaced by a woman who claimed the mural was personally insulting. Taggers also struck the “I love you so much” mural, located on South Congress, in January of 2011.

The group estimates the murals will be finished in three weeks. Get your cameras ready, Austin.

← Femme Film
What’s the Hold Up? The Mopac Improvement Project →