Housing the Working Class in Austin

Record high demand for homes, rapid redevelopment and soaring property tax rates put housing farther and farther out of reach for tens of thousands in Austin.

Amidst booming development, a host of government and community organizations push back against market forces to maintain a healthy city.

“Market failure is when the private sector doesn’t address a public need and this is a classic example. Without public funding incentivizing developers to build affordable housing they wouldn’t do it because they could make a lot more money building private sector market rate housing,” said Sean Garretson, economic developer and chair of the Chestnut Neighborhood Revitalization Corporation.

As a record housing market in Austin encourages developers to buy and redevelop older homes and apartments into high class, high dollar units, the cost to live in Austin has risen while service sector wages have stayed relatively flat. Now the working incomes of over 30 percent of the city can’t afford them adequate housing selection, and even as the economy booms downtown almost 20 percent of the city lives in poverty. 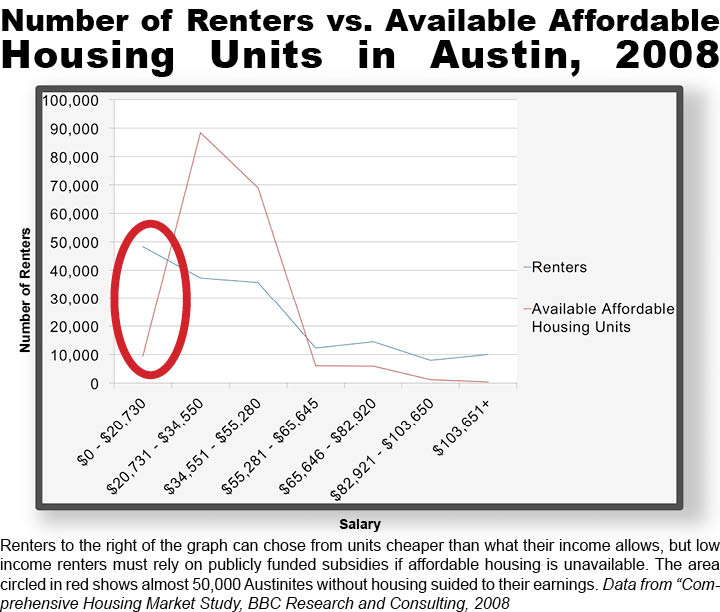 In response, government and community organizations in the city spend tens of millions of public dollars each year to subsidize housing costs for Austinites working in retail, food service, hospitality, and maintenance.

“The free market can’t always create things because of the risk-reward value in those things so government entities or non-profits try to bridge those gaps between what the free market can provide and what’s really needed in the market place,” said David Danenfelzer, manager of development finance at the Texas State Affordable Housing Corporation, and entity created by the Texas Legislature to ensure housing for low income earners.

Home affordability has decreased steadily in Austin. In 1998 42 percent of homes were affordable to families earning 80 percent of the area’s median family income (MFI), but the portion fell to 28 percent by 2008, when 55 percent of families earned under 80 percent MFI. In 2014, 27 percent of city renters make under $20,000 but just 4% of rentals on the market are affordable, leaving 37,600 households no choice but to taking housing beyond what they can afford, leave the city or rely on publicly subsidized housing. 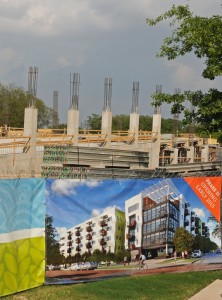 New housing supply is increasingly geared towards a high-income market coming to Austin with jobs in the tech industry.

“The situation’s become more dire. As we see Austin becoming more of a destination city it’s a very hot market, the affordability needs have increased and the affordability gap has increased,” said Rebecca Giello, assistant director of the Neighborhood Housing and Community Development division of the City of Austin.

The Department of Housing and Urban Development considers housing cost affordable at 30 percent or less of a renter of buyer’s income.

To offset market forces that would push necessary wage-workers from the city, organizations like the TSAHC and NHCD offer incentives like low-interest loans and grants for developers to build more modest units that could be rented or bought with a lower income. The NHCD used city bonds to subsidize affordable housing development by for-profit and non-profit developers against the city.

In 2006 Austin voters approved the city to issue $55 million in debt, a bond, in order to collect investor money for affordable housing, and over 2,500 units available to lower income brackets have since been built across the city. The “Comprehensive Market Study” commissioned by the City of Austin and released by BBC Research and Consulting in 2009 predicted that “to only modestly lower the current low income rental gap and meet growing housing needs, as many as 16,500 units [priced at $425 and less] should be constructed” by 2020. In 2009 the average rent in Austin was $843 and it has since increased. 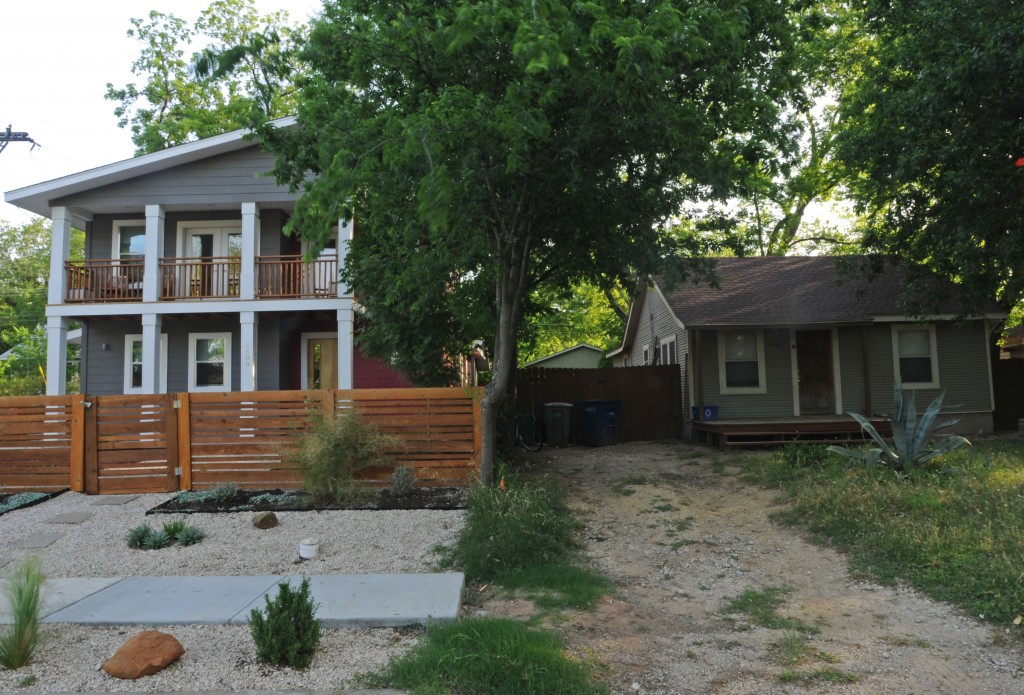 It costs between $81,680 and $187,800 to make an urban home affordable to earners making 80 percent the city’s media income, $59,433 according to a 2010 report, “Building and Retaining an Affordable Austin,” created by local groups including the Urban Land Institute, HousingWorks, Real East Council of Austin, and the Austin Area Research Organization. According to Garretson, developers build units that go for the highest price possible because price tags on construction vary little between homes intended for high or low-income people. The per-unit costs of purchasing property, linking to city utilizes and building are almost the same regardless of the class of home being built. The biggest differences come in finishing stages – installing appliances, flooring and interior fixtures.

“Austin is a bit behind the times in offering that wide diversity of housing types throughout Austin that allows individuals of all income levels to have housing choice throughout the community,” said Giello with NHCD.

Richard Troxell, president of House the Homeless and National Chairman of the Committee for a Universal Living Wage, said that taxpayer-subsidized affordable housing has become a crutch for corporations wanting to pay workers less. Even though the minimum wage can’t fund reliable housing, he said, companies like WalMart and McDonalds can pay sub-living wages because the public sector accounts for the rest with subsidies and bonds.

“We are a capitalistic society. We buy things and we sell things. Anybody who’s selling something tries to cut corners and amplify their profit but sometimes there’s overreach, and that has extended from the business community out into areas where it’s totally inappropriate,” said Troxell.

Without government offsetting standard housing costs, he said, many companies would have no choice but to raise wages or lose their workforces entirely. In April the Austin City Council directed its lobbyists to advocate a minimum wage increase at the next session of the Texas Legislature in January. Opponents of raising the minimum wage say it will hurt employers, kills jobs, and ultimately harm the economy. According to the City Council, 19.4 percent of current Austin residents, about 170,000 people, lived at or below the poverty line in 2012. The 2014 federal poverty line was an annual income of $11,670 for one person or $23,850 for a family of four. 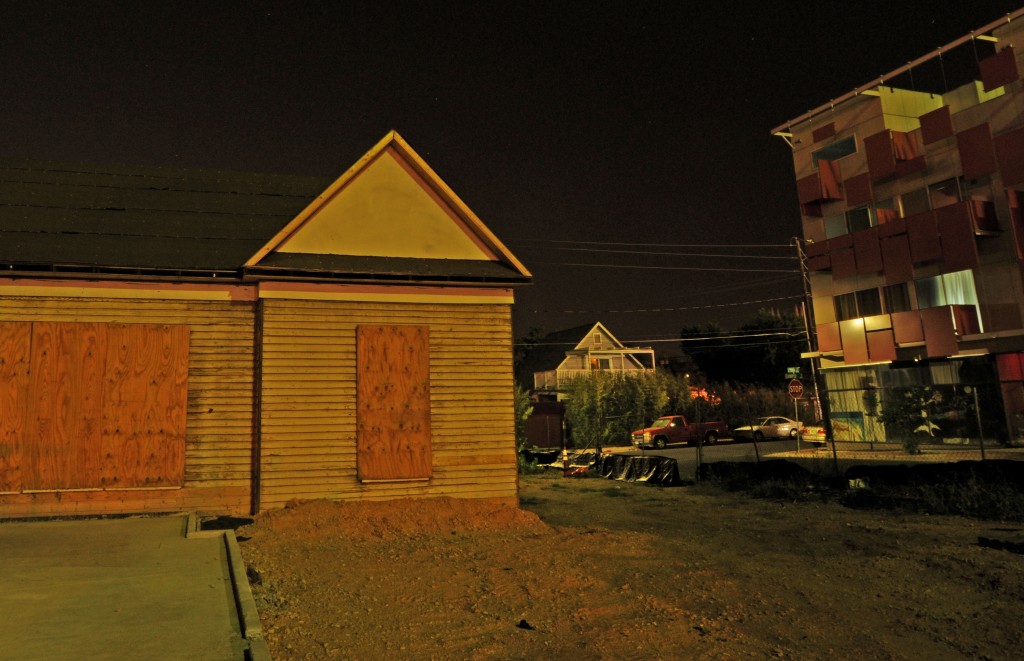 Older, cheaper properties are quickly being bought and demolished, replaced with expensive housing unavailable to most Austinites.

In 2010 the Austin-based Center for Public Policy Priorities determined that a family of four without employer insurance needed a yearly come of $56,000 to live in Austin – about $27 an hour, 40 hours a week, 52 weeks a year. In 2014 the Massachusetts Institute of Technology said a living wage for a single adult with a child in Austin was $19.56, or $8.60 for a single adult alone. The 2009 Comprehensive Housing Market Study determined that 55 percent of Austin households earned under $56,000 a year in 2007.

In addition to issuing public bonds, TSAHC works with banks and other institutions to fund lower cost housing. Banks loan to TSAHC at a fraction of market interest rates, and the corporation loans that money to developers at a slightly higher but still less than market rate cost.

“The bank is able to make a philanthropic investment, we’re able to supply a product to our partners and a developer is getting money for a lot less than they would get it on their own,” said Janie Taylor, manager of development and communications at TSAHC.

Banks also invest in housing subsidies to stabilize the market and reduce foreclosures said Danenfelzer. Without the subsidies, working-class families could be forced to buy housing beyond their ability to afford, setting the stage for a market crash like in 2008 when a rapid influx of foreclosures toppled the housing market and left banks in possession of thousands of homes worth a fraction of what they had loaned buyers to purchase them. 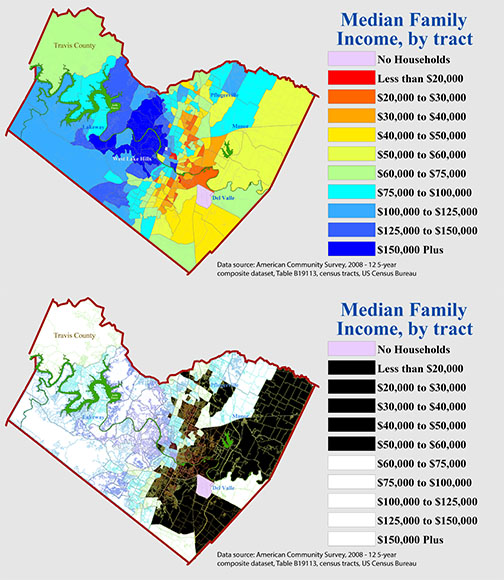 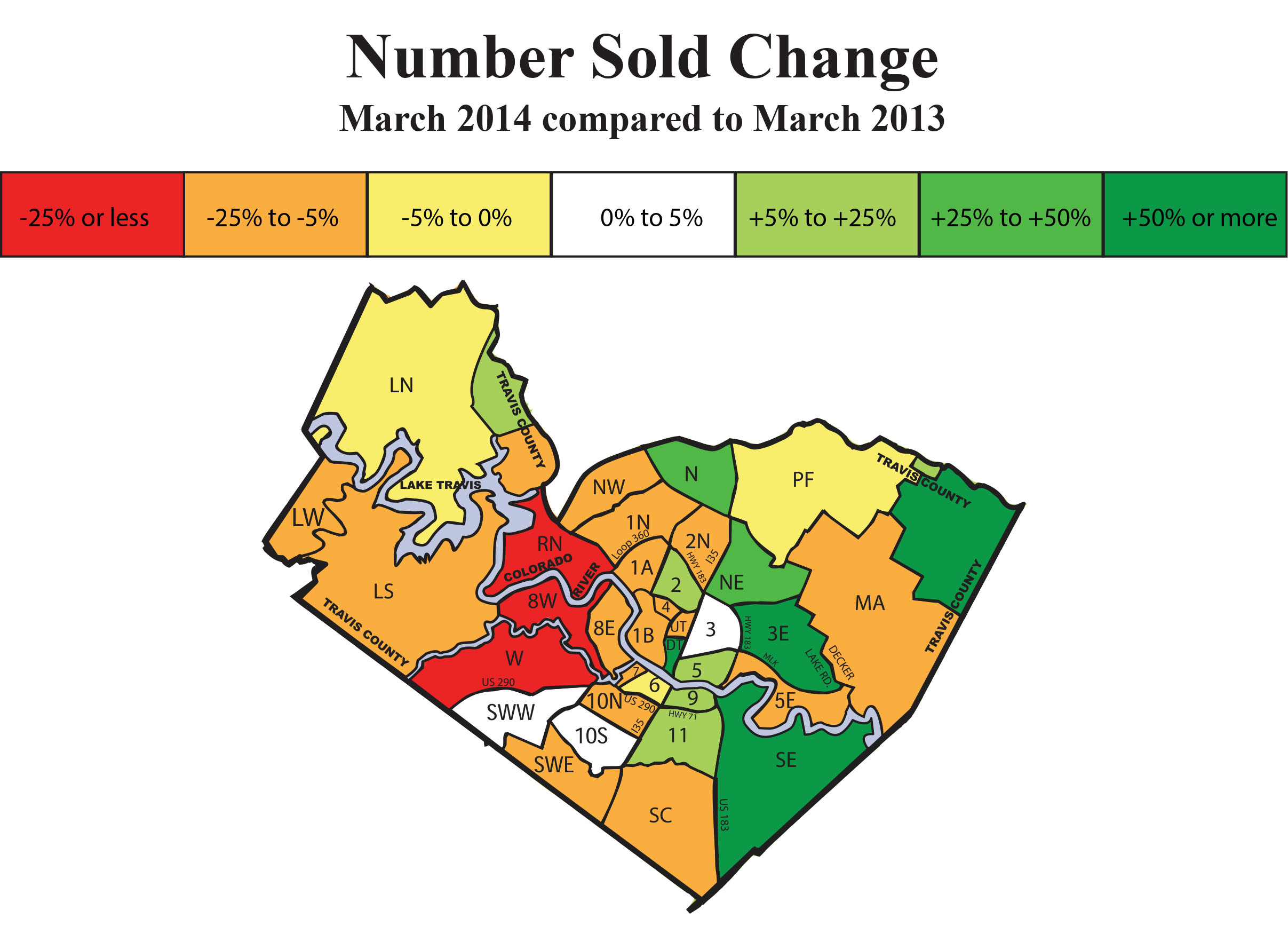 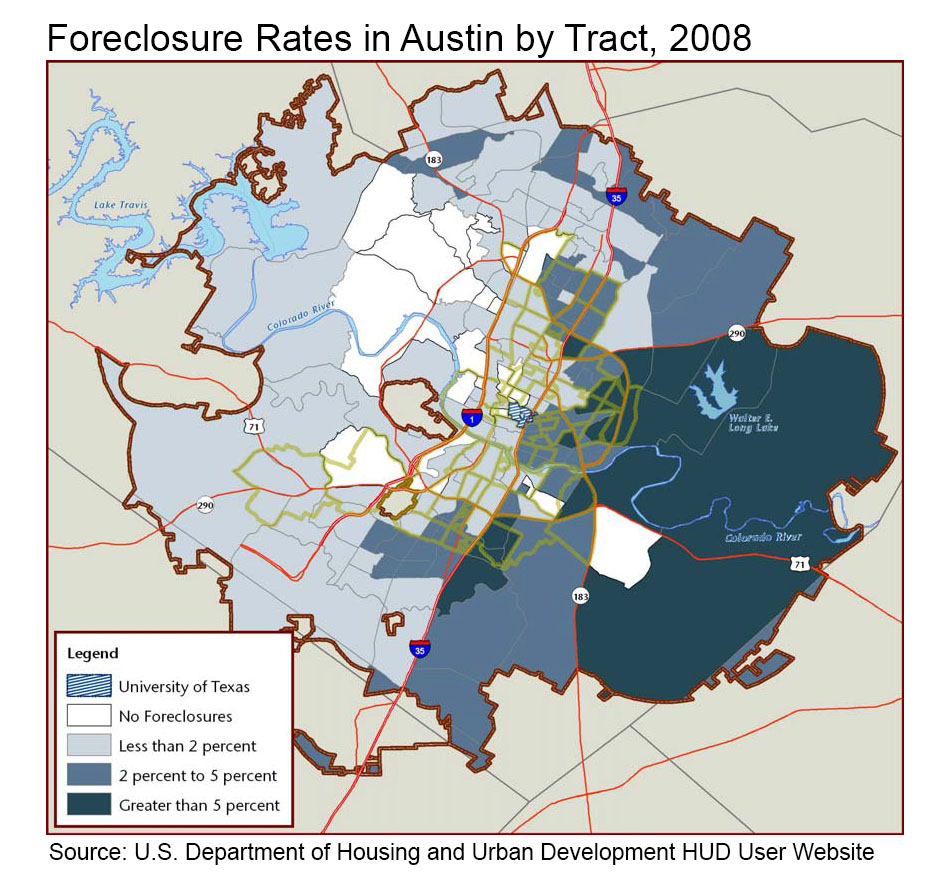