Coffee is often thought of as just a source of caffeine to help people get through their day. But like craft beer, high-end food trucks, and other trends associated with the surge in craft consumerism, a coffee culture is slowly developing in Austin.

Houndstooth Coffee and Austin Roasting Company are hoping to help build the culture by unleashing the beverage’s full potential as a quality, upscale commodity and appealing to niche markets. 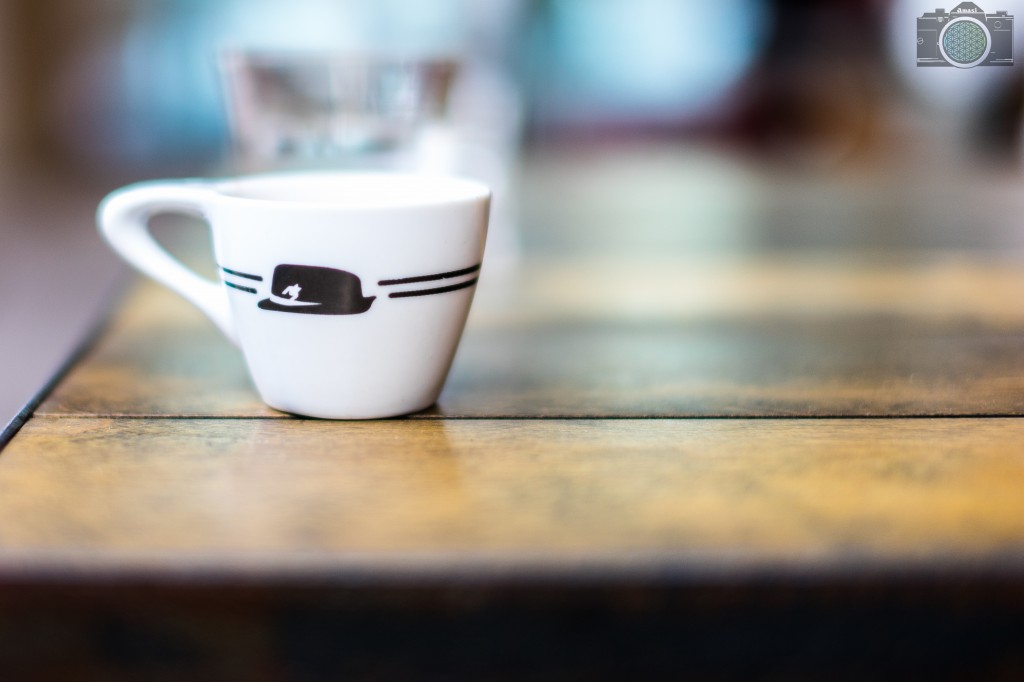 Houndstooth Coffee is located on the first floor of Frost Bank building in downtown Austin, serving coffee connoisseurs in the heart of the city. Photo by Andrew Masi.

Paul Henry, Houndstooth Coffee’s Director of Austin Relationships, has worked there since his brother Sean founded it about 4 1/2 years ago. Sean took a trip to Seattle where he experienced an active coffee culture, Henry said, so when he came back to Austin and didn’t find an equivalent, he founded his own shop with the value of “quality above all else.”

“He [Sean] just kind of fell in love with coffee and what it represents as, like, the beverage that ties everybody together, and how you start your day and the different flavors you can tease out of it,” Henry said. 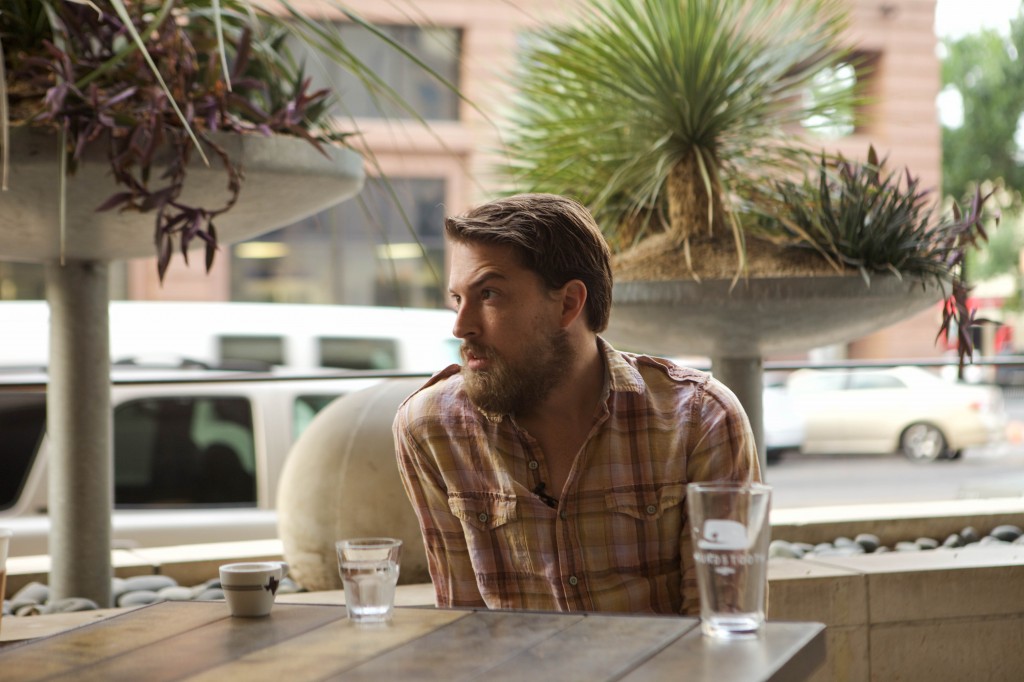 Houndstooth Director of Austin Relationships Paul Henry said he understands that the coffee he makes isn’t for everyone, but that it’s worth it for those who want a unique coffee experience. Photo by Anna Daugherty.

In an effort to expose more people their products, Houndstooth offers four free tastings every week: two at the Lamar location, and two downtown, Henry said. They are open to the public and meant to be both fun and educational. The main point, he said, is to convince people that it’s worth paying more than the 99 cents they’re used to in exchange for a truly quality beverage. After all, creating coffee is anything but cheap.

Austin Roasting Company was founded in 2006 with the same goal of bringing high-quality coffees to Austin. Their products are fair trade and certified organic, and they do everything they can to “preserve the true nature of each coffee’s unique characteristics.” Each bag of coffee is hand dated and they make sure everything they do is “touched,” said founder and owner Jess Haynie. 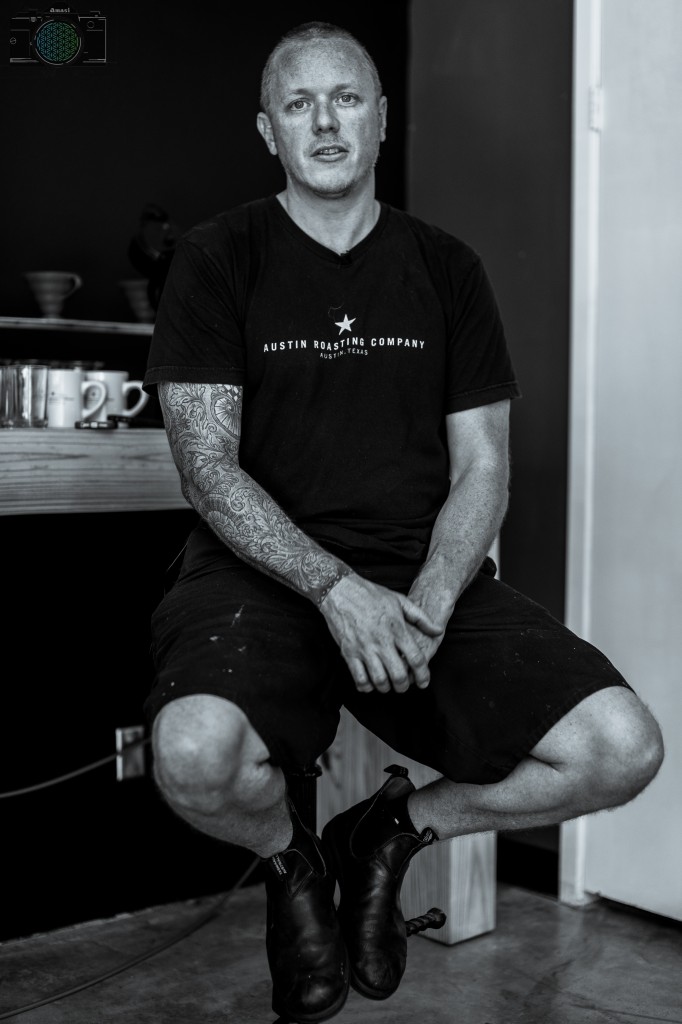 Jess Haynie, Austin Roasting Company founder, considers himself an introvert, saying that even though he avoided sales and branding, the company still caught on due simply to the product’s quality. Photo by Andrew Masi.

Austin has a long way to go with regards to coffee culture, he said. He initially intended to be the “guy on the street” local roaster, but it ended up being much easier to sell to people in other parts of the US than locally. People rarely stop by the shop, but he gets calls and website inquiries all day long from everywhere outside of Austin.

“Because I’m from California, I think like a Californian,” Haynie said. “There it’s always, like, ‘What’s next? What’s the thing? I’m gonna try this guy, and that guy and that guy.’ And here it’s kind of like ‘Oh no, this is the way we’ve always done it.’”

While Austin Roasting Company and Houndstooth are striving to refine Austinites’ tastes, they recognize that the high-end coffee that they produce is not for everyone. For those who don’t buy into the idea that coffee should be expensive, or prefer a sugary, blended drink, Henry and other Houndstooth employees are happy to refer them to another shop that can better meet their expectations.

“If a Starbucks opened up across the street I wouldn’t be worried about it at all because it’s two totally different clients, two totally different customers who want very different experiences,” Henry said. “If 10 people walk through the door and three of them never come back, I can live with that. I mean, 70 percent is still pretty good, and I think the hospitality of our staff and the quality of our product bring most people back.”

For Haynie, it’s not as much about appealing to everyone in Austin as it is continuing to make his product the best it can be.

“I really, even now, am still working on the coffee,” Haynie said. “Every day after 7 years I still think it could be better. You never stop working on that. I think it’s definitely better today than it was yesterday.” 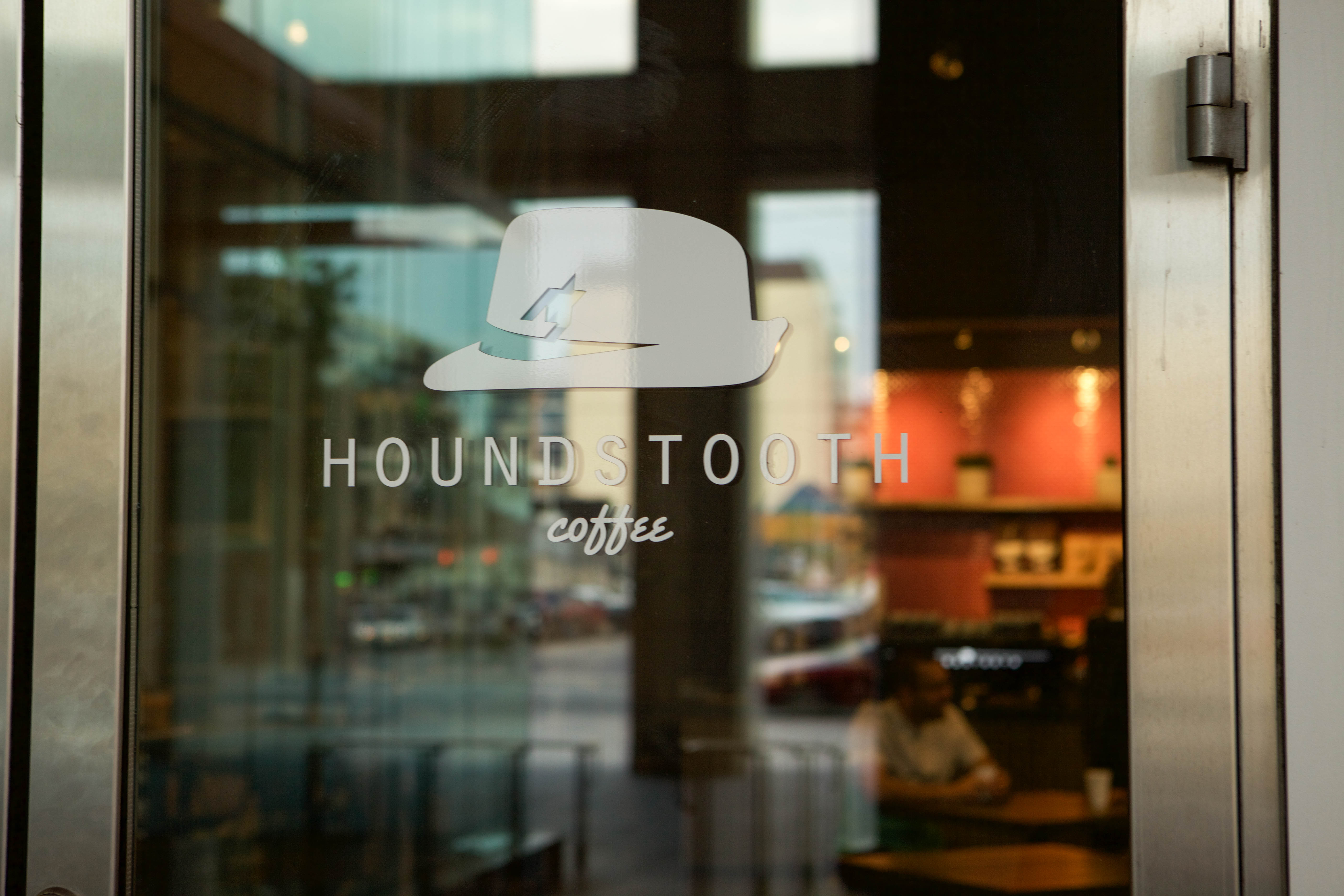 Houndstooth Coffee, on 4th Street and Congress, is centrally located for local professionals to grab their morning coffee or meet up. Photo by Anna Daugherty. 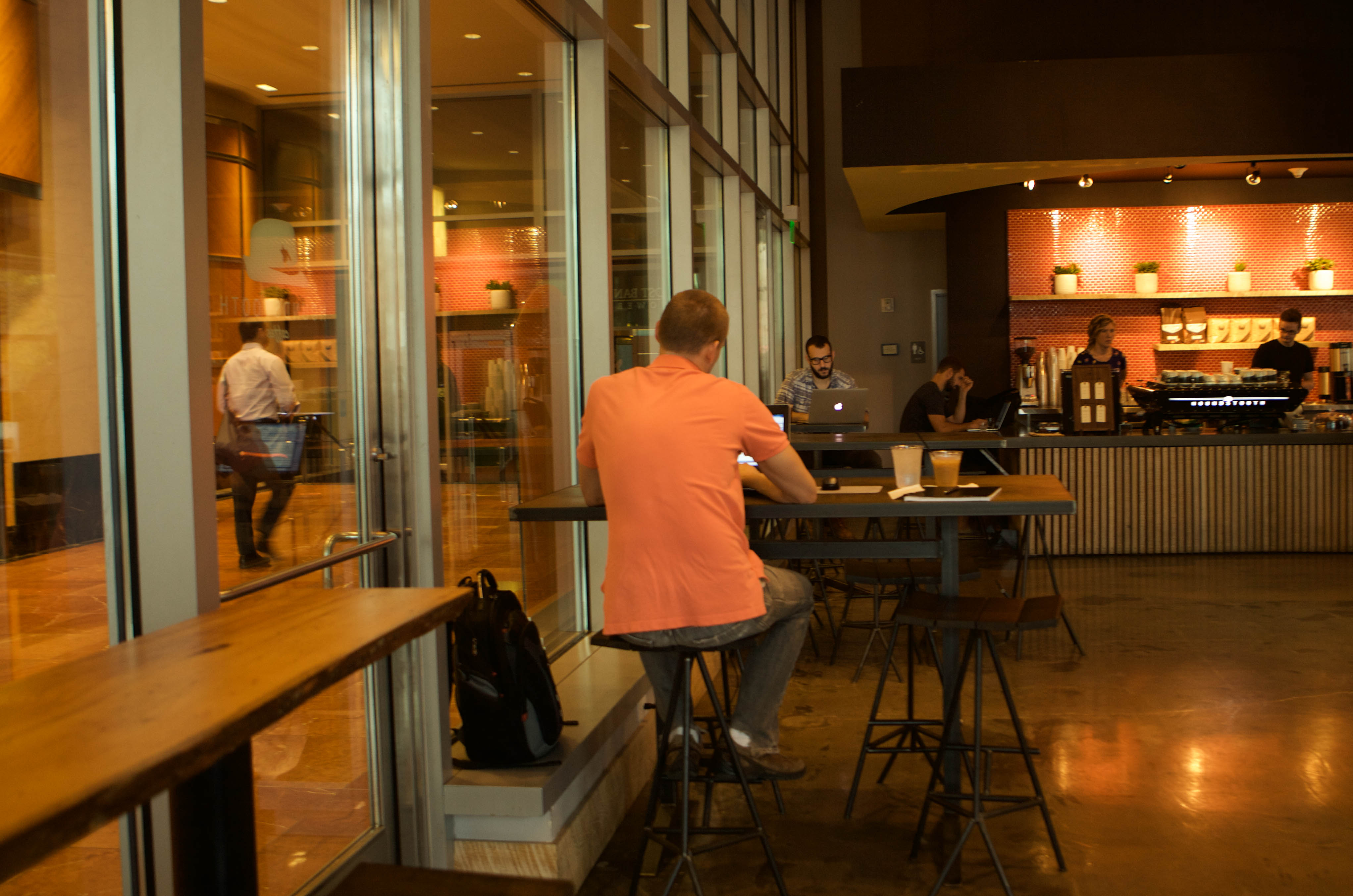 Houndstooth focuses on creating a coffee experience for guests, training their baristas in the five steps of the guest experience. Photo by Anna Daugherty. 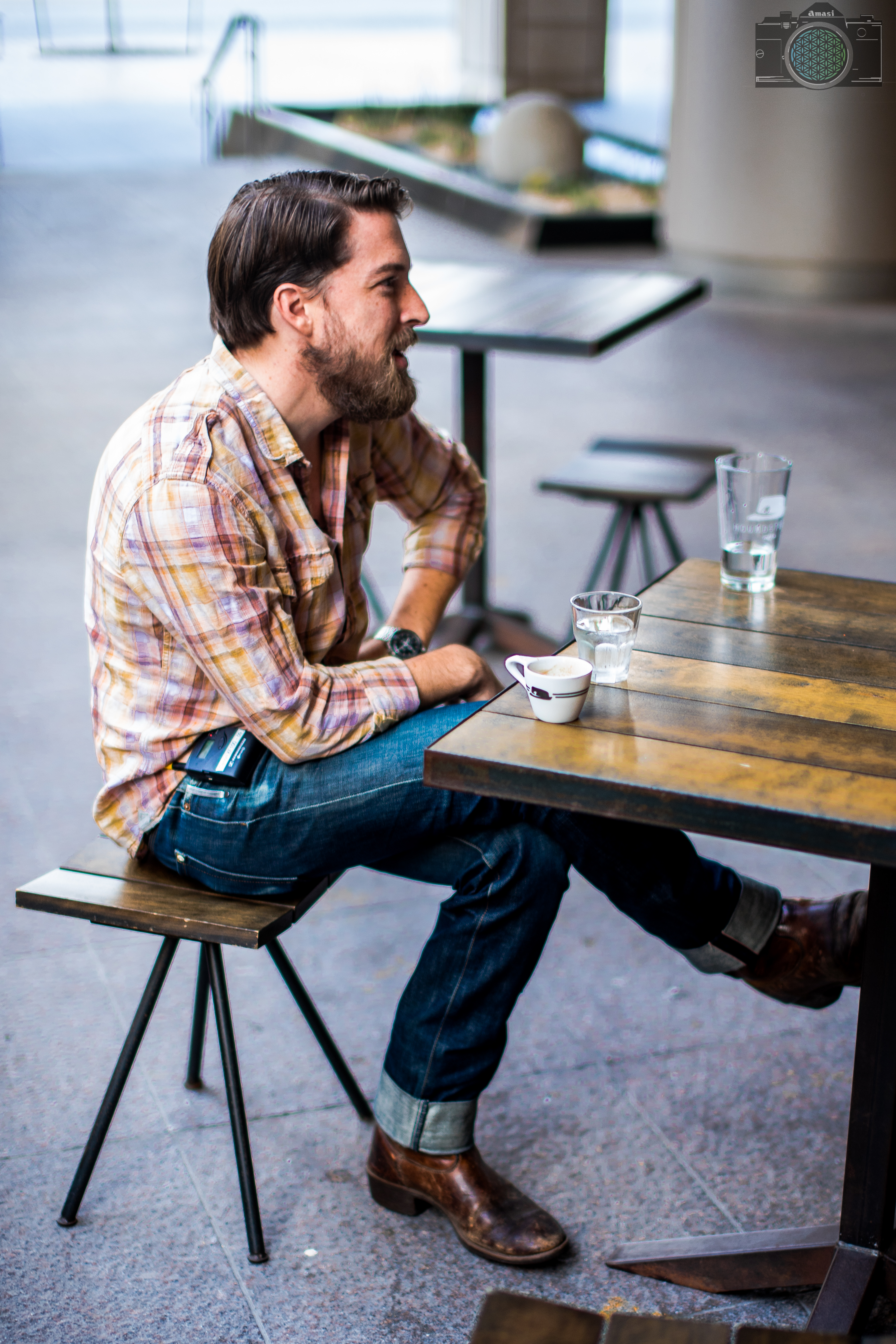 Paul Henry, the brother of Houndstooth Coffee's founder, is the Director of Austin Relationships for the company. Photo by Andrew Masi. 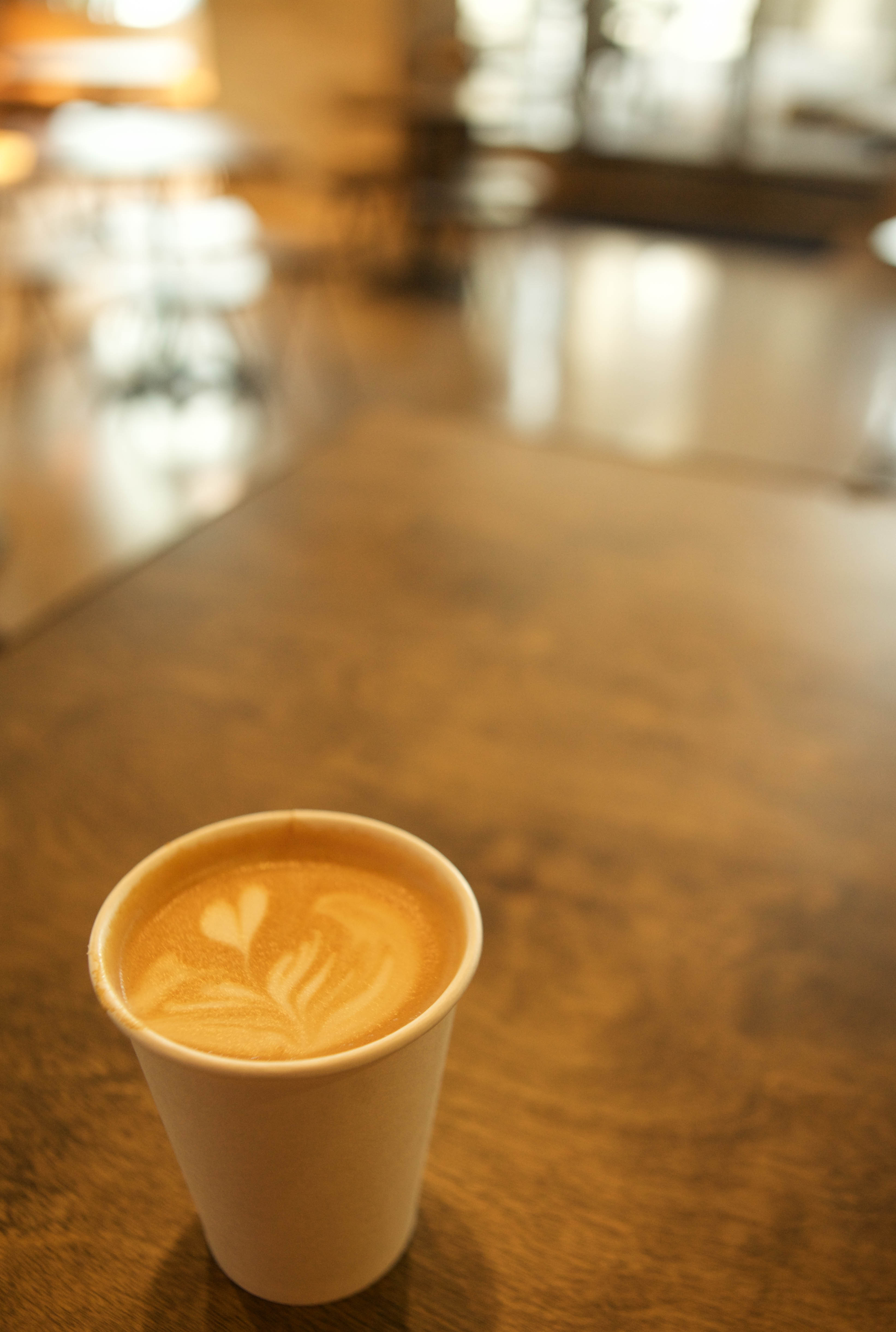 The most important step in the five-step guest experience, according to Houndstooth Coffee? The guest-to-coffee step. Photo by Anna Daugherty. 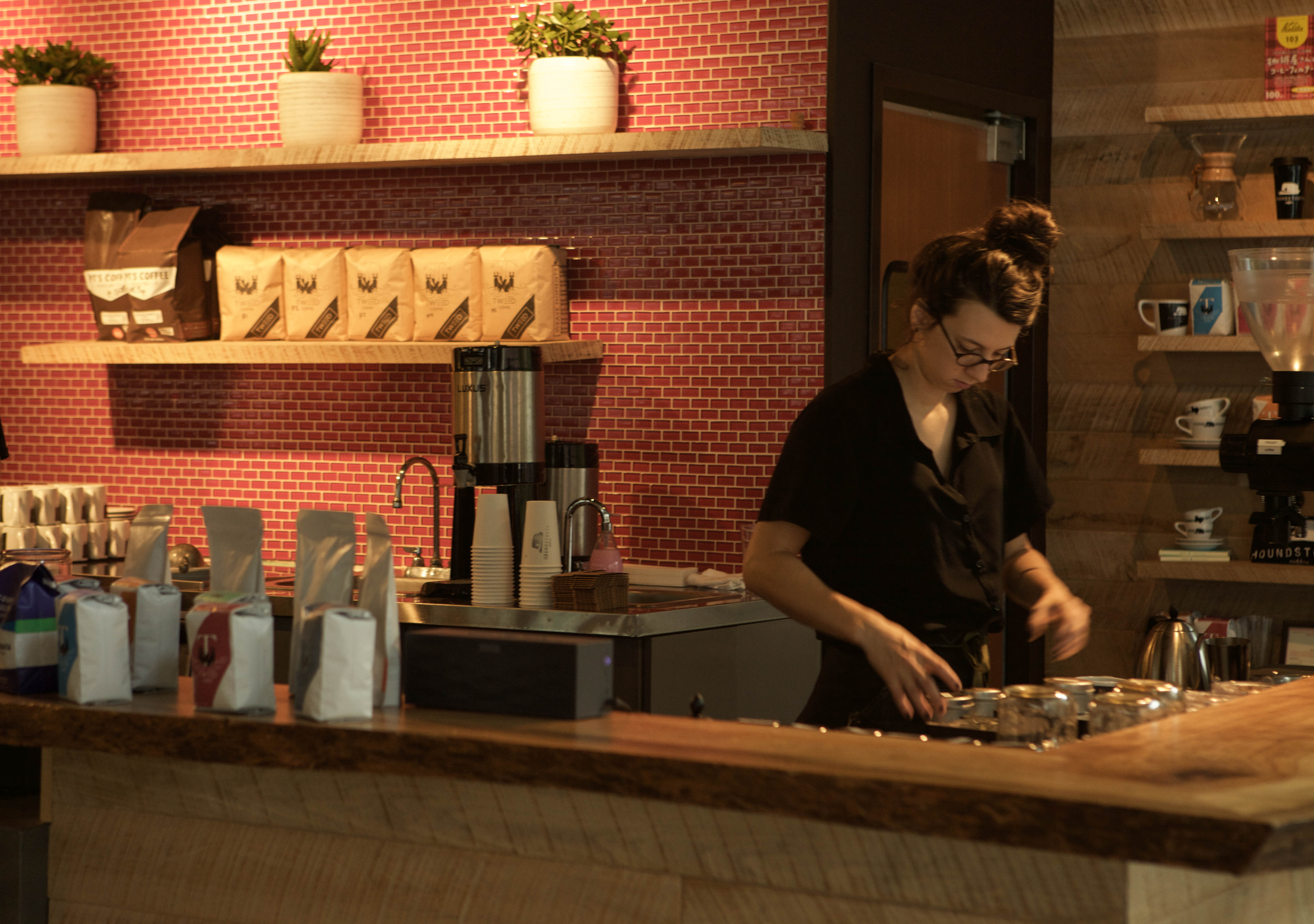 Houndstooth Coffee stays busy throughout the morning, brewing each cup of coffee as it is ordered. Photo by Anna Daugherty. 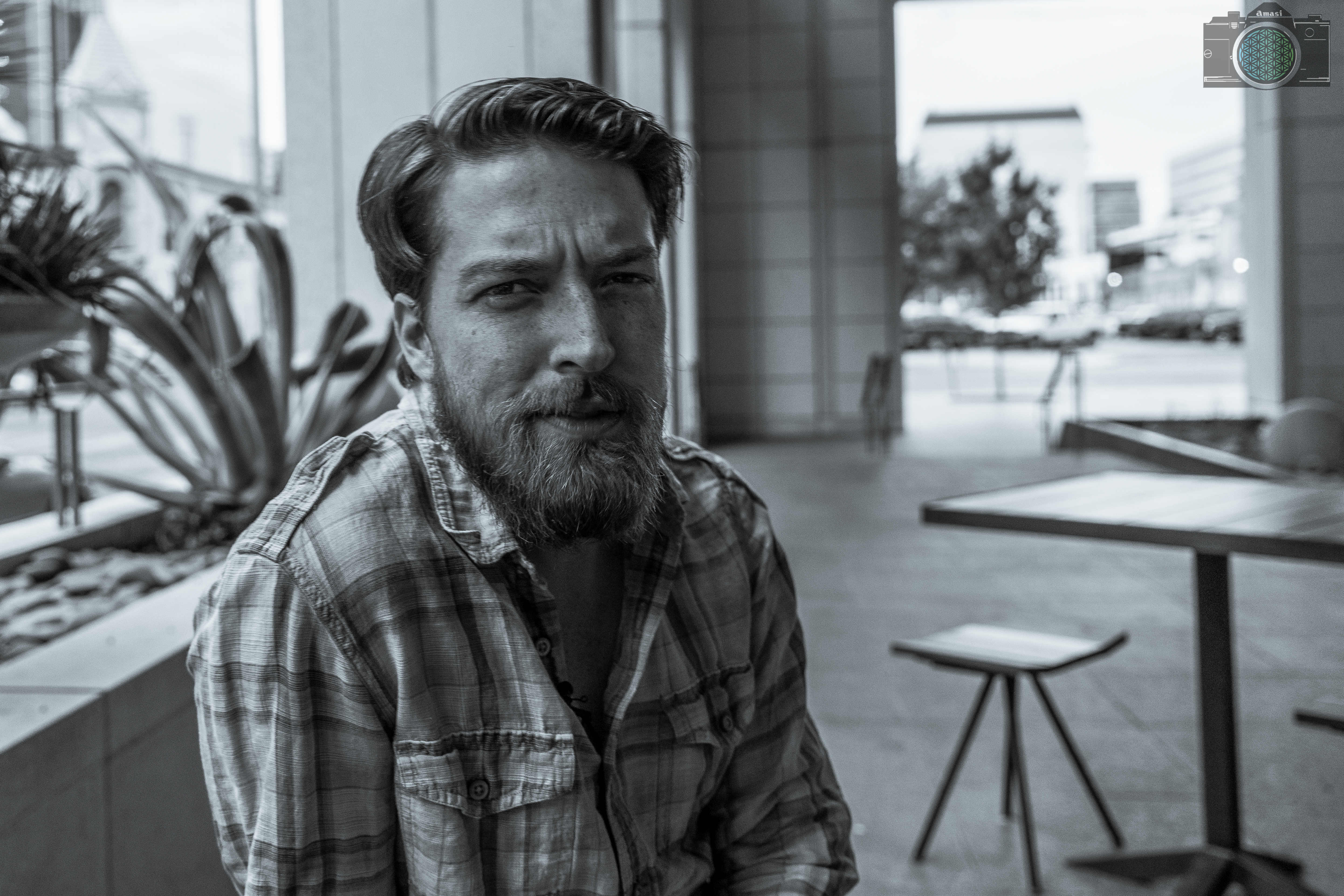 Paul Henry, Houndstooth Director of Austin Relationships, said his customers come to Houndstooth for both the coffee and the experience. He said he would welcome a Starbucks across the street, to prove that Houndstooth is different. Photo by Andrew Masi. 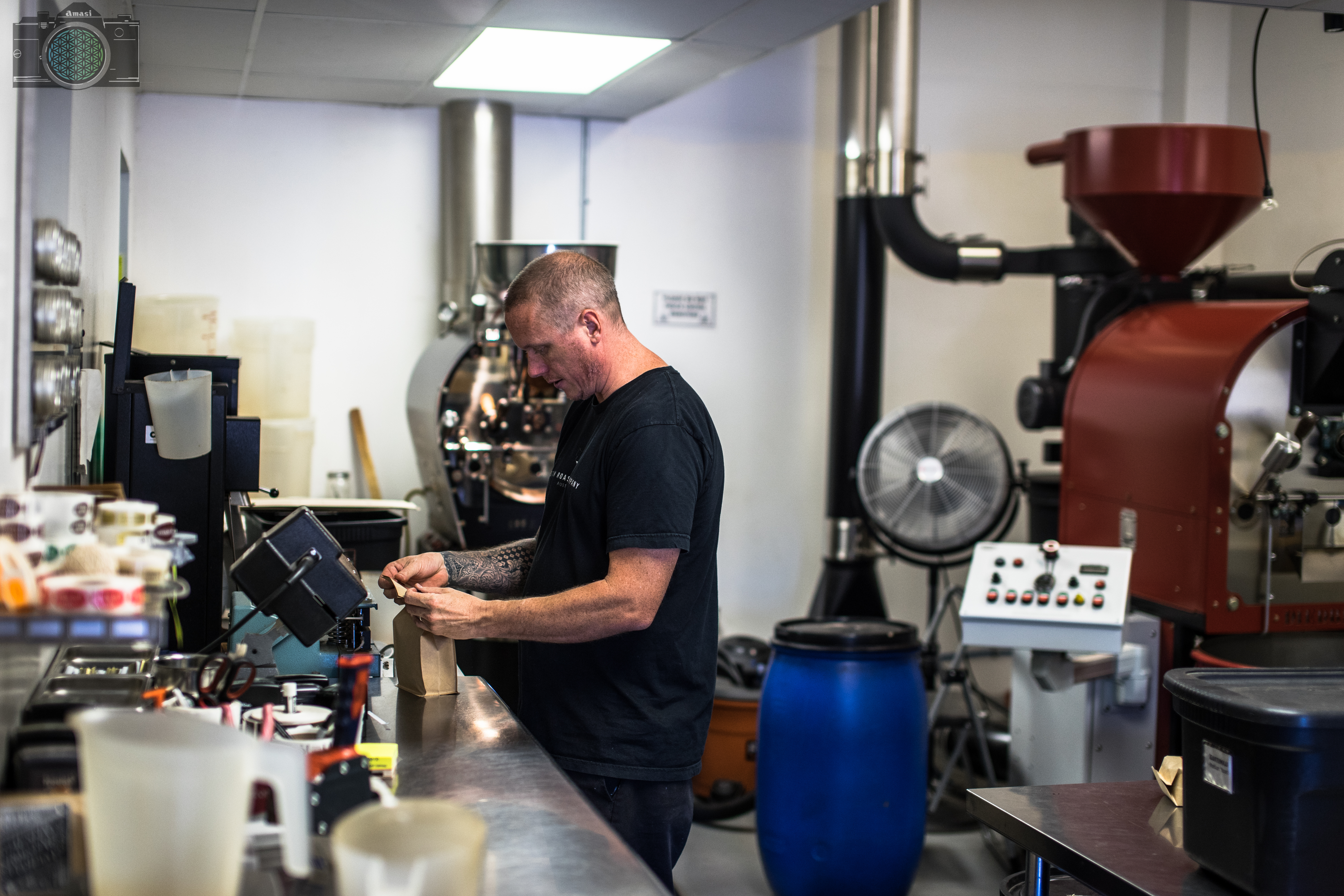 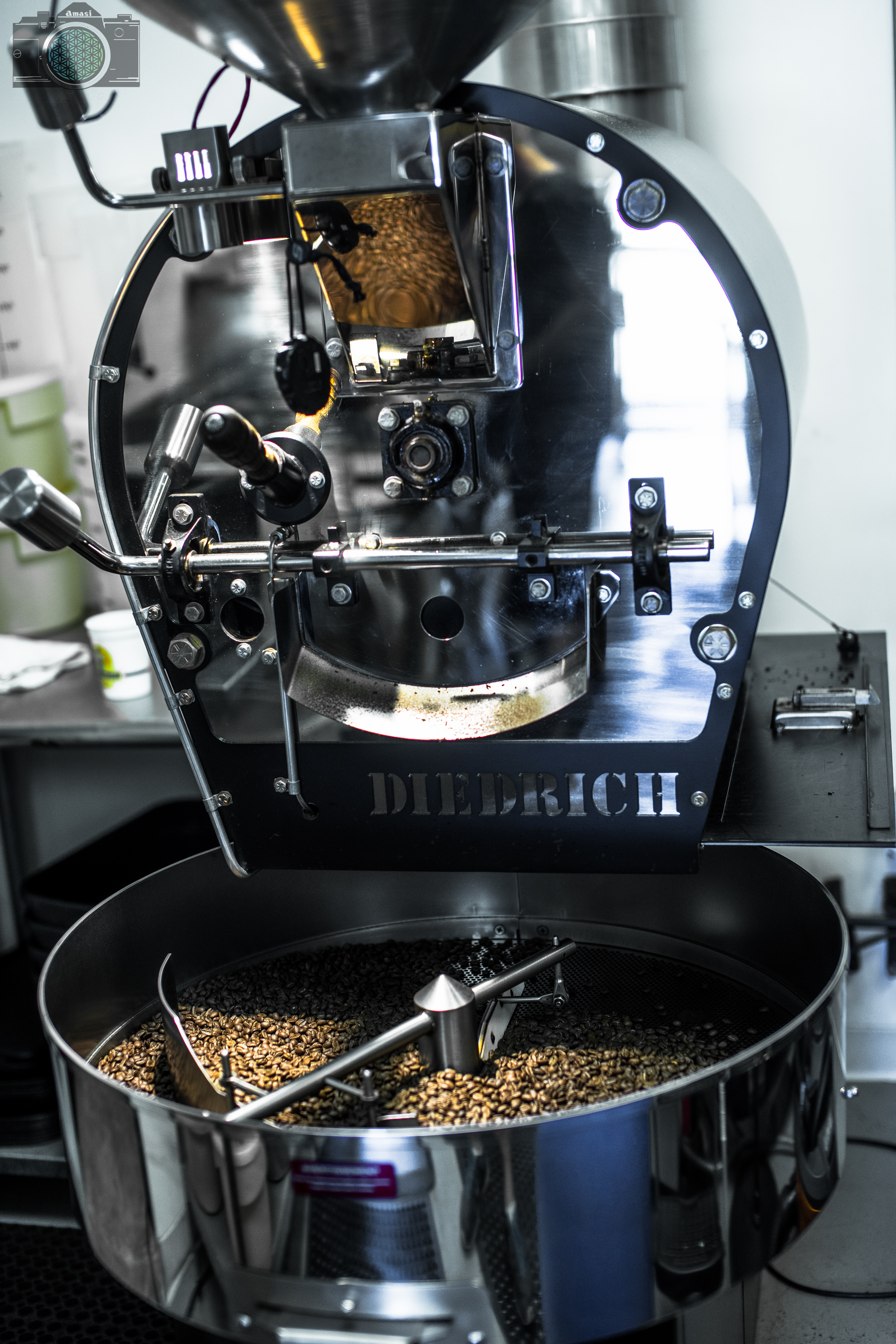 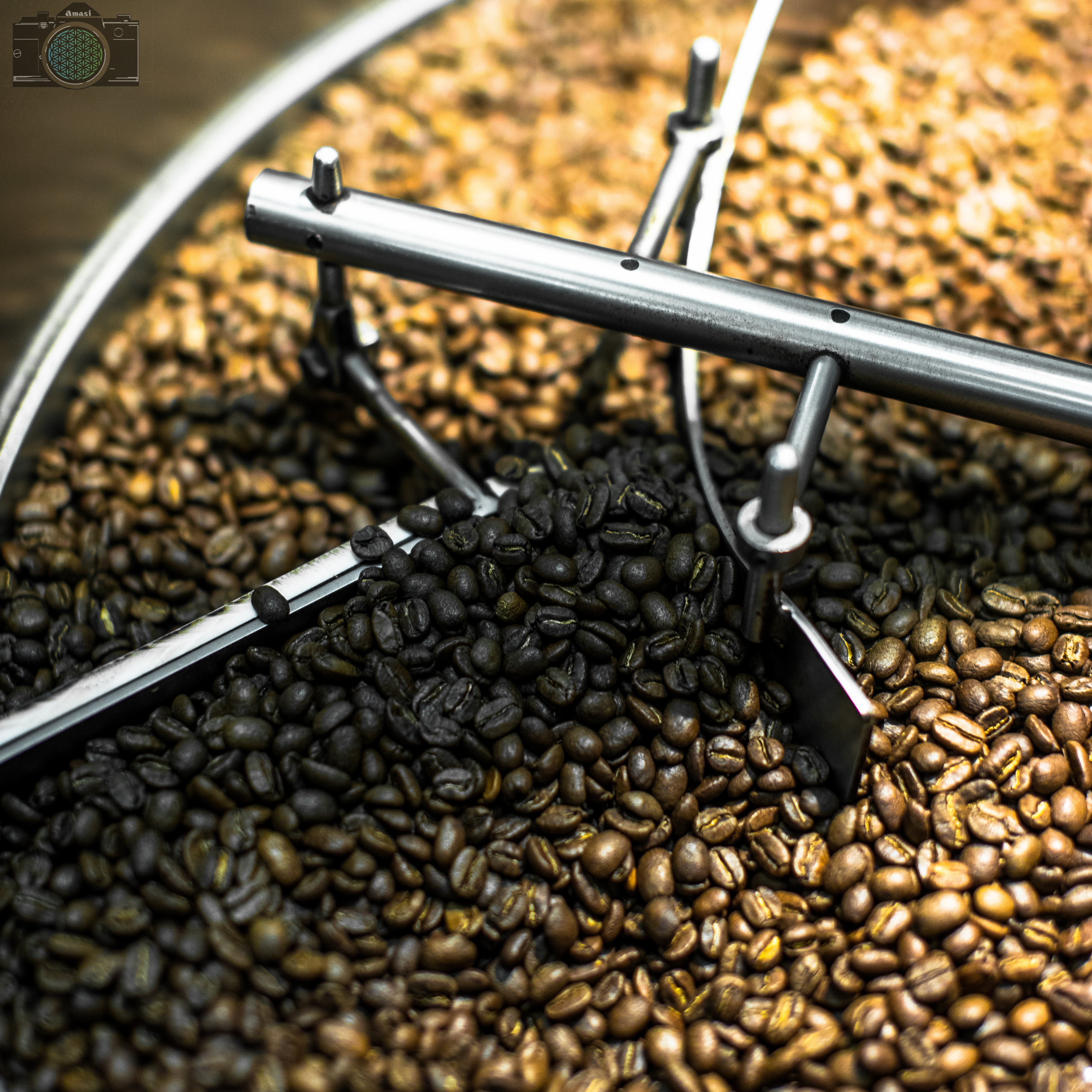 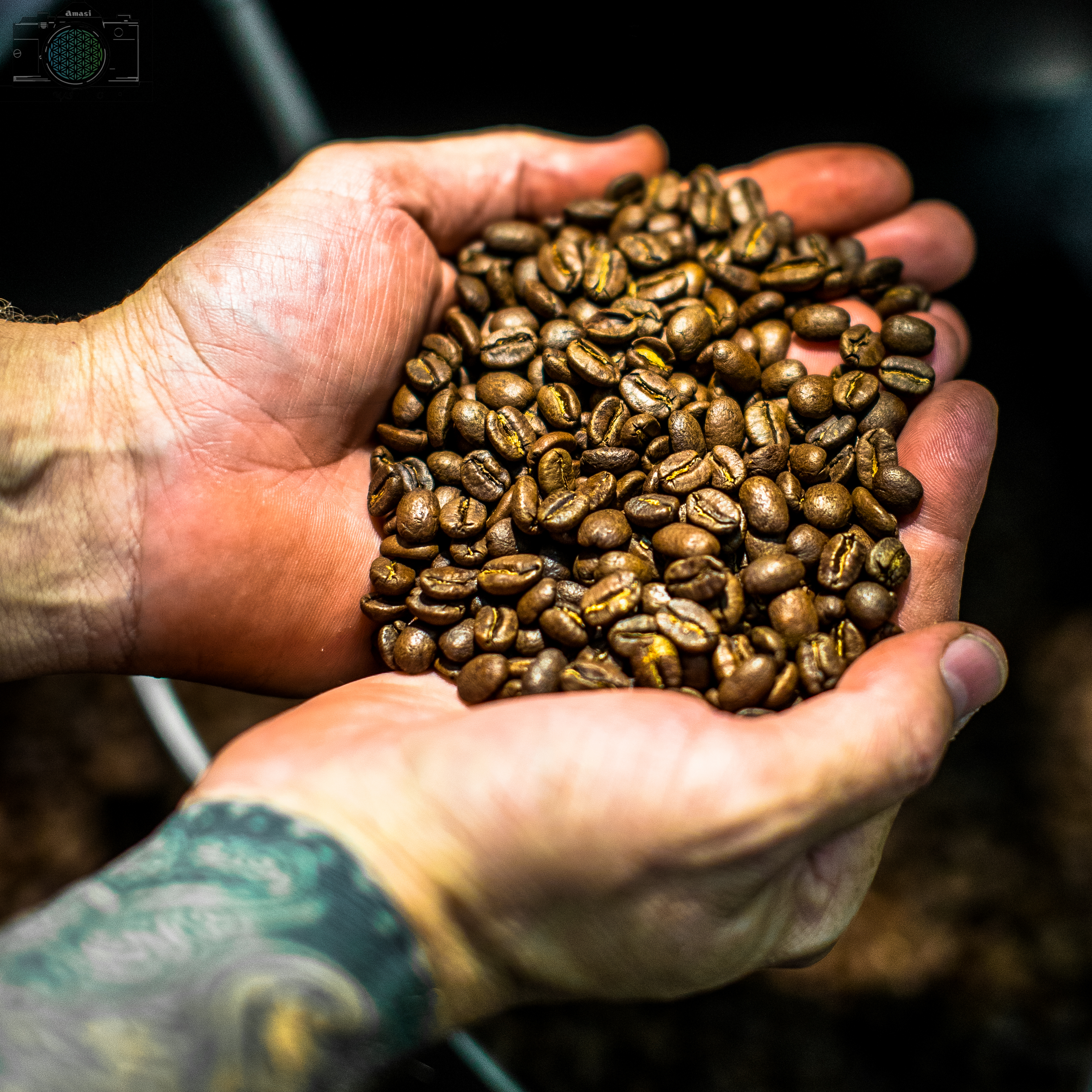