Don’t Judge a Book Festival By Its Cover

There’s one weekend in the month of October that brings together all the bookworms in Texas. 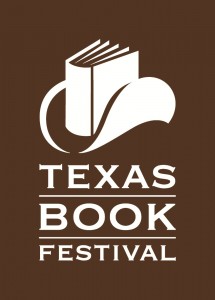 The Texas Book Festival was established in 1995 by a woman named Laura Bush. The former first lady came up with the idea of this festival as a way of honoring Texas authors. 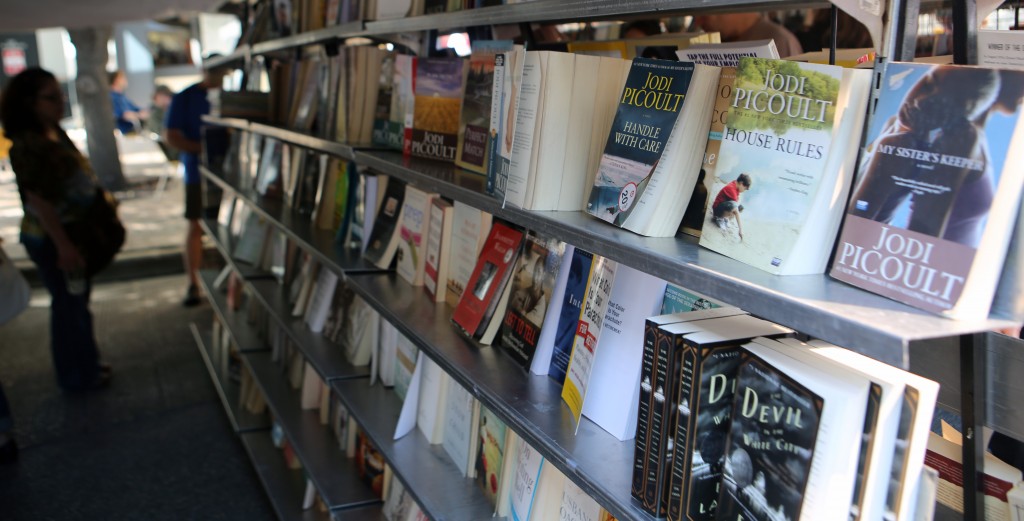 A festival attendee browses books under a tent at the festival. Photo by Shelby Custer.

This past weekend, from Oct. 25-26, the Texas Book Festival drew many fiction aficionados to the Texas State Capitol grounds.

With almost over 300 featured authors at the festival this year the event proved that people are still interested in the tangible object that is a book. The neat thing about this festival is that all of the books that are presented have been published within the last 18 months. The festival is a way of showcasing new, fresh talent. And that keeps curious book lovers coming back every year.

Steph Opitz, the literary director for the Texas Book Festival is in charge of booking the authors and planning the programs that take place during the festival. She says that this year’s festival was a little larger than last year’s since it included 50 more authors.

The Texas Book Festival isn’t just about books. As made clear by this year’s array of events happening on the festival grounds.

“With any festival in Austin there are going to be food trucks. Cooking is another way to showcase and celebrate the books that are at the Festival (we have a lot of cookbooks every year), and games grab the attention of, possibly, less fervent readers,” said Opitz.

With a staff of four and approximately 800 volunteers, the festival proves that people in Austin are committed to planning an event that unites people from all around the world who share one similar interest.

The city of Austin plays a huge part in creating a culture that respects and supports the Texas Book Festival. The festival partners with nonprofits, media outlets, local businesses and schools to plan out a weekend of quality events that are appealing to readers and authors alike. The festival ends up donating money to Texas libraries to “support collection enhancement and to implement or continue innovative literacy and technology programs for our Texas public libraries.”

The Texas Book Festival manages to raise money for libraries through fundraising and working with companies to put on events throughout the year. About $2.6 million has been donated in the past. “These grants greatly benefit the library and enable them to share the importance of literature with a wide variety of people in their community,” as states on the Texas Book Festival website.

Aside from donating money, the festival has started a program called Reading Rock Stars, which brings selected authors from across the country to read their work to students in economically-disadvantaged public schools. At the end of the reading, each child receives an autographed copy of the book and the school library gets to keep a set of books as well. 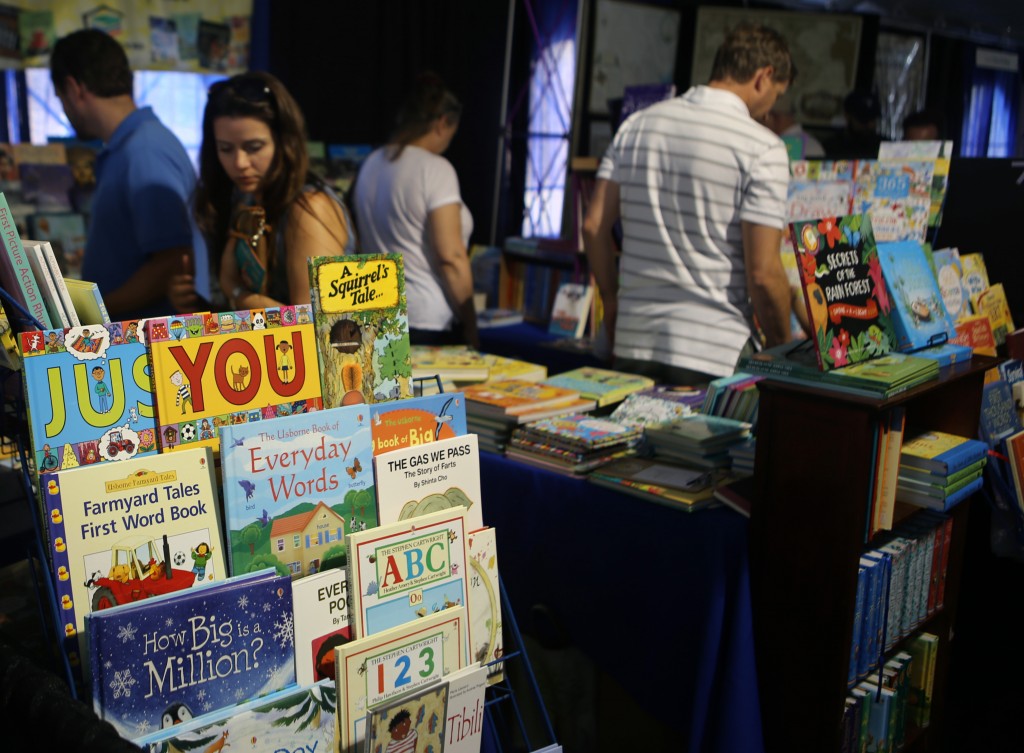 Already in its 19th year, the festival continues to please kids and parents by providing an event where they can both spend quality time together. Opitz says the festival’s ultimate goal is to “raise money for Texas Libraries and to raise money for our Reading Rock Stars program. We also hope to engage more readers and celebrate new books.”

With such a dedicated audience coming to the book festival every year, it’s hard to believe that books are becoming unpopular. The Austin literary scene keeps growing with small, independent presses popping up left and right. Opitz describes the literary scene as “bustling with lots of writers and readers, literary magazines, small presses, and people who are enthusiastic about their work and the work of their Austin neighbors.”

So although e-book sales are rising, books don’t seem like they’ll be going out of style anytime soon. 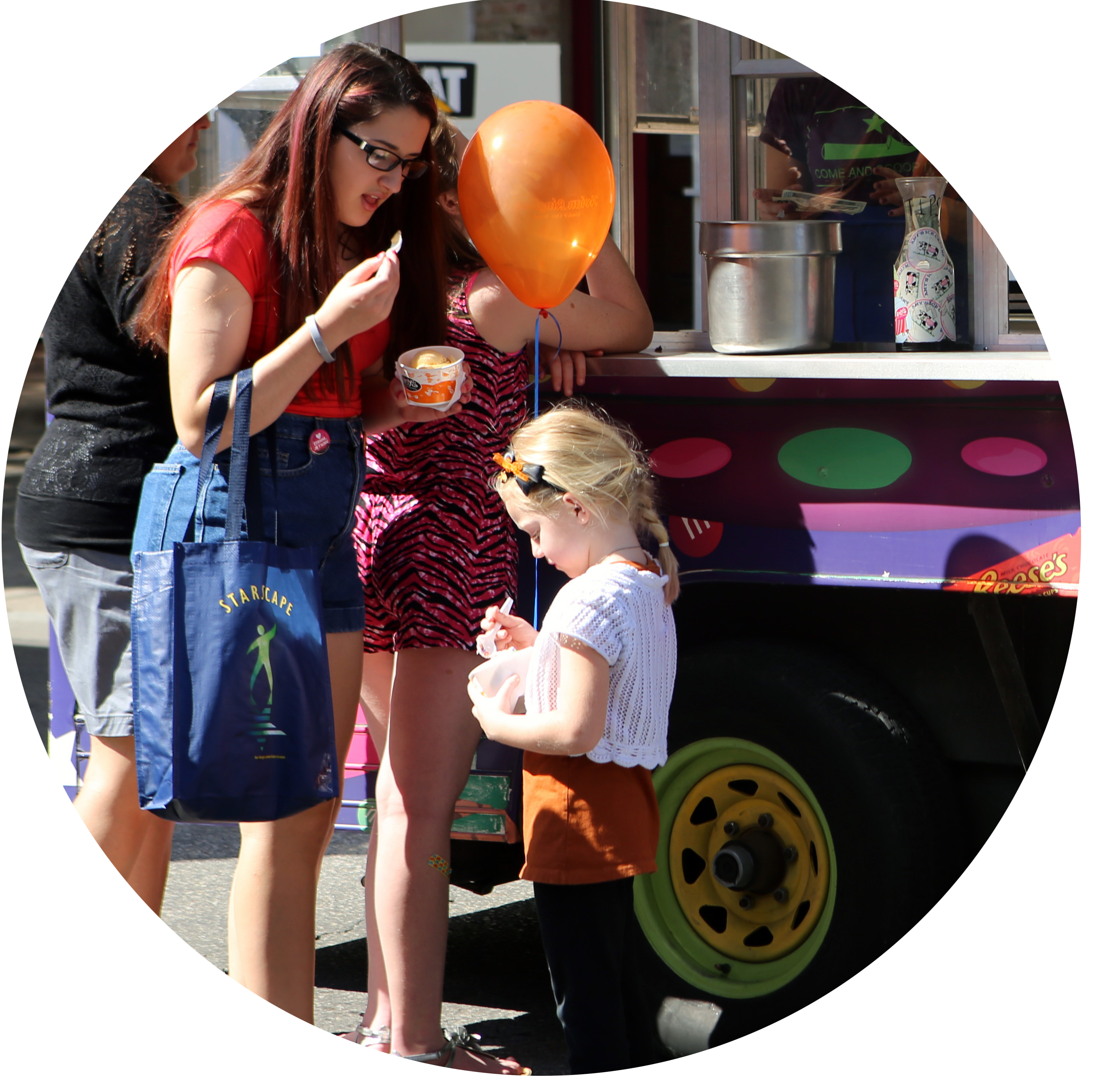 Several food trucks made an appearance at this year's book festival. Photo by Shelby Custer. 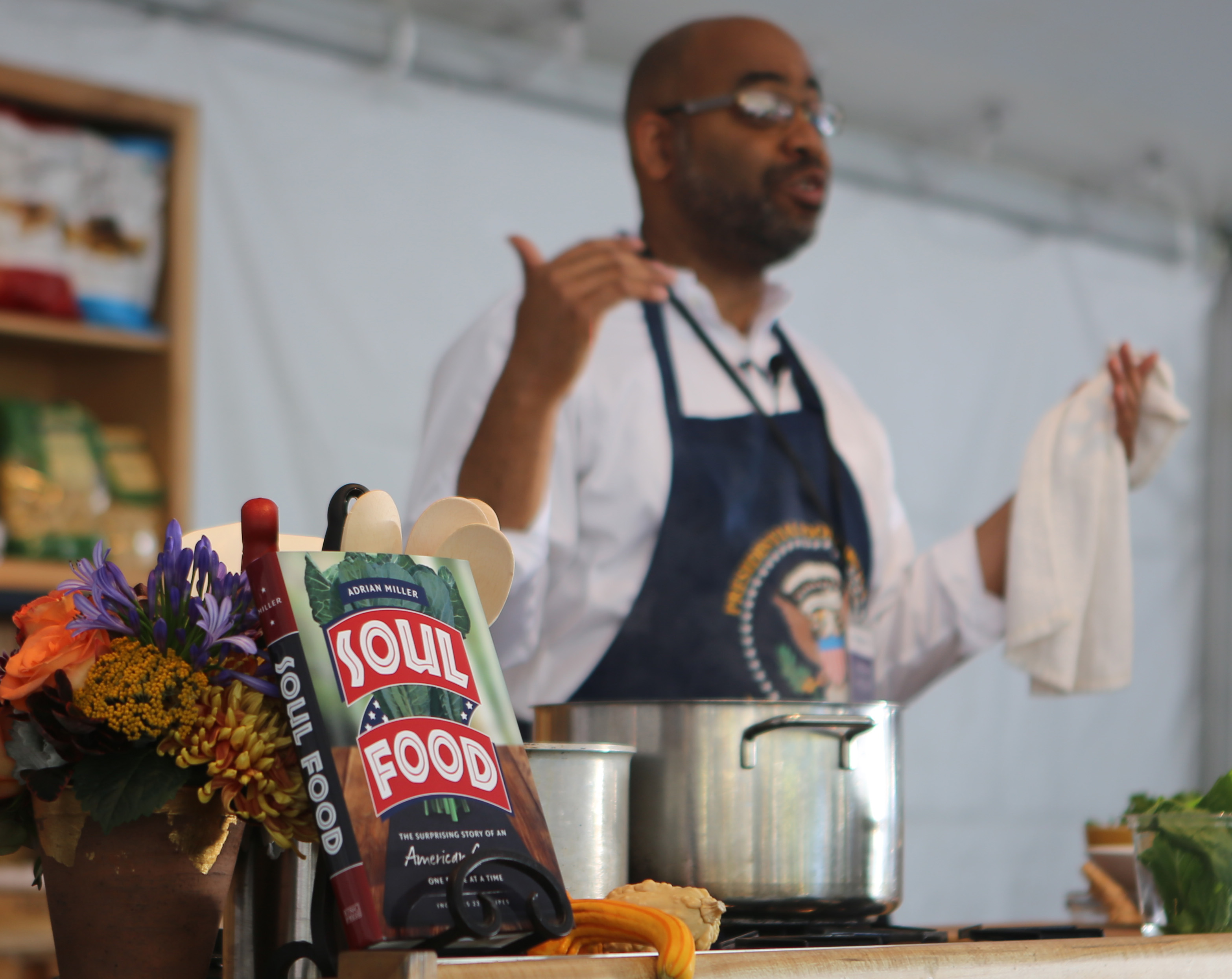 Adrian Miller prepares a recipe from his book Soul Food at the festival on Saturday Oct. 25. Photo by Shelby Custer. 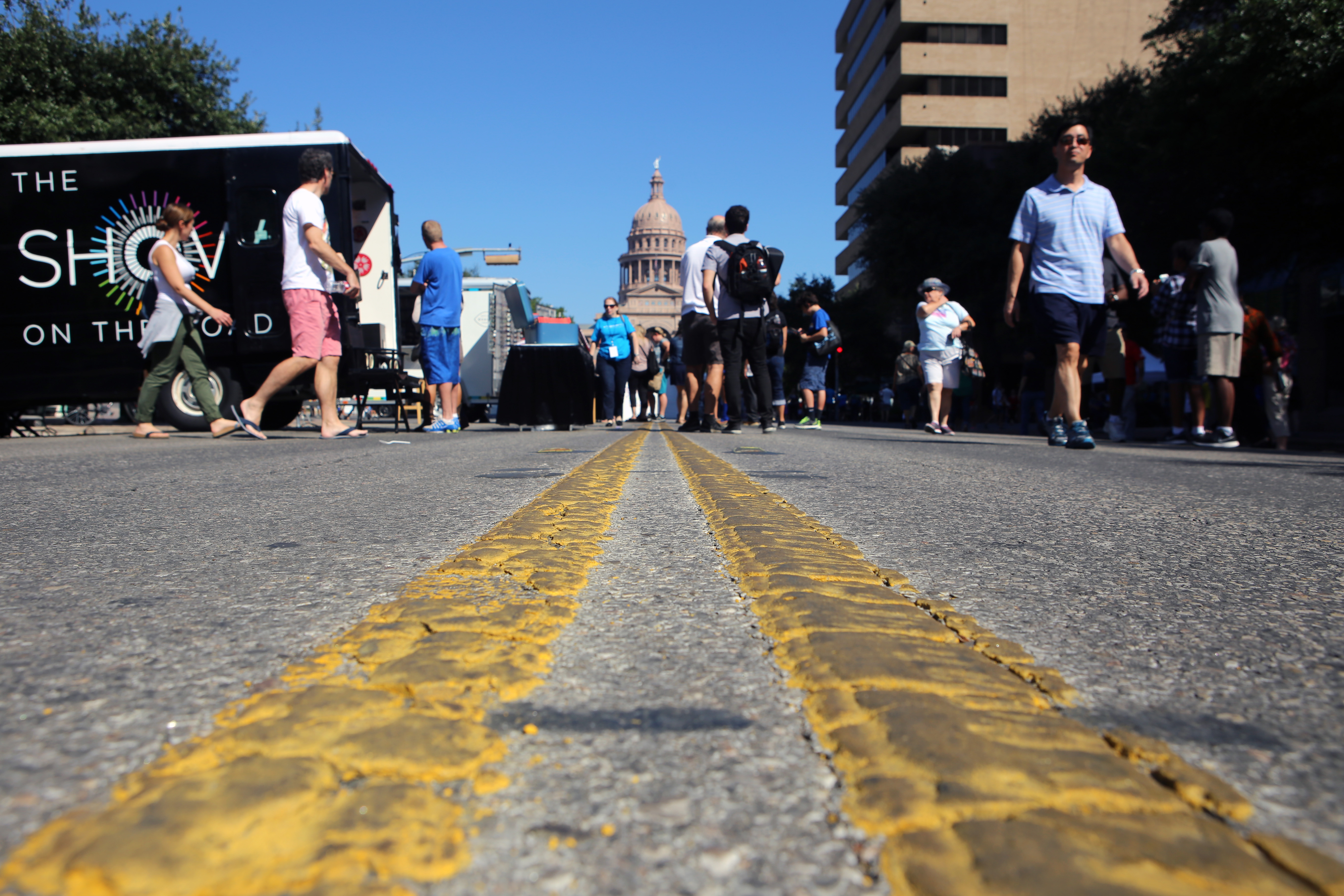 Austin was a busy city this past weekend with both the book festival and the film festival happening downtown. Photo by Shelby Custer. 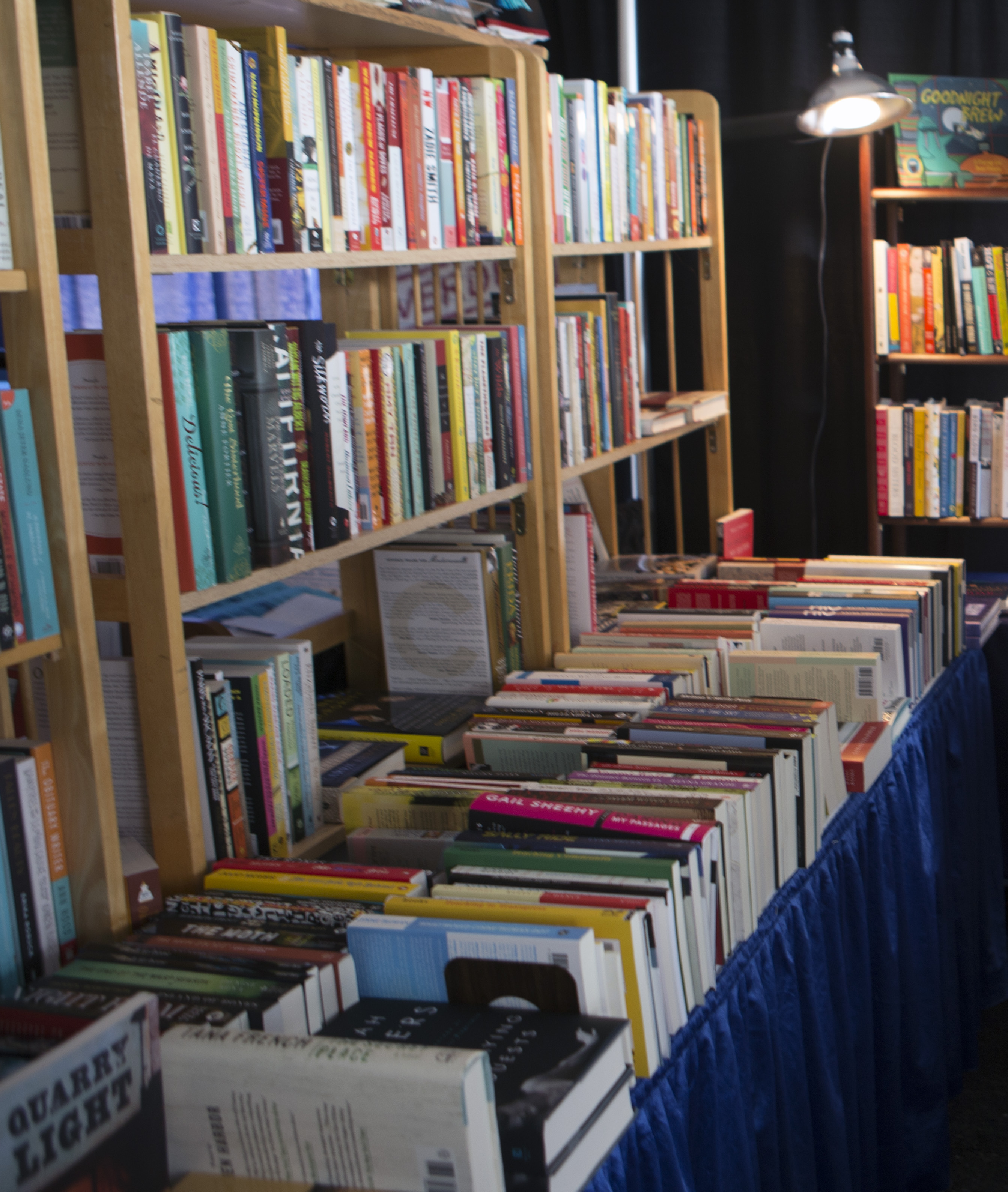 Tents filled with books are a great way to showcase the array and variety of books at this year's festival. Photo by Shelby Custer. 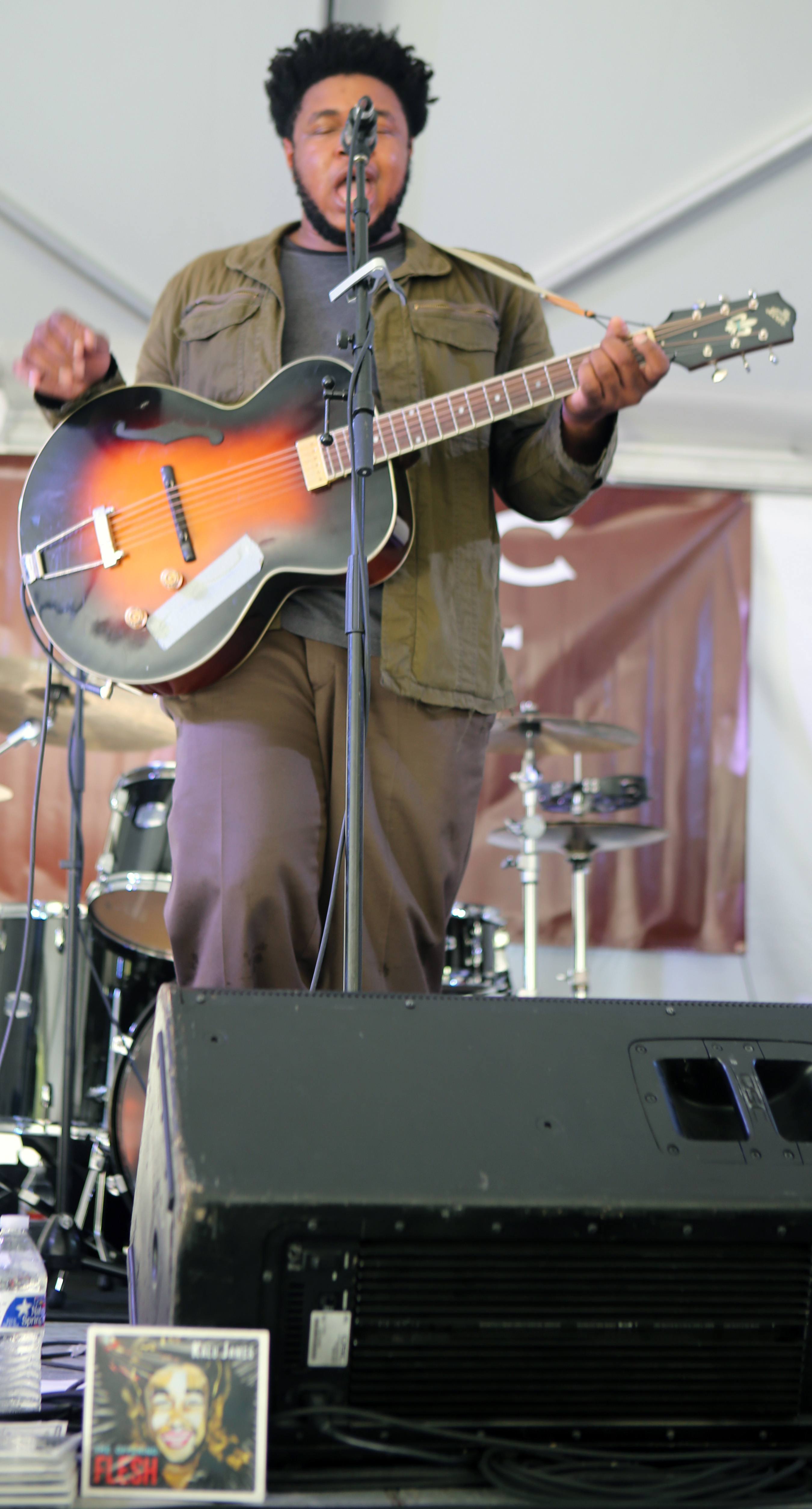 Kalu James adds some flare to the festival. Photo by Shelby Custer. 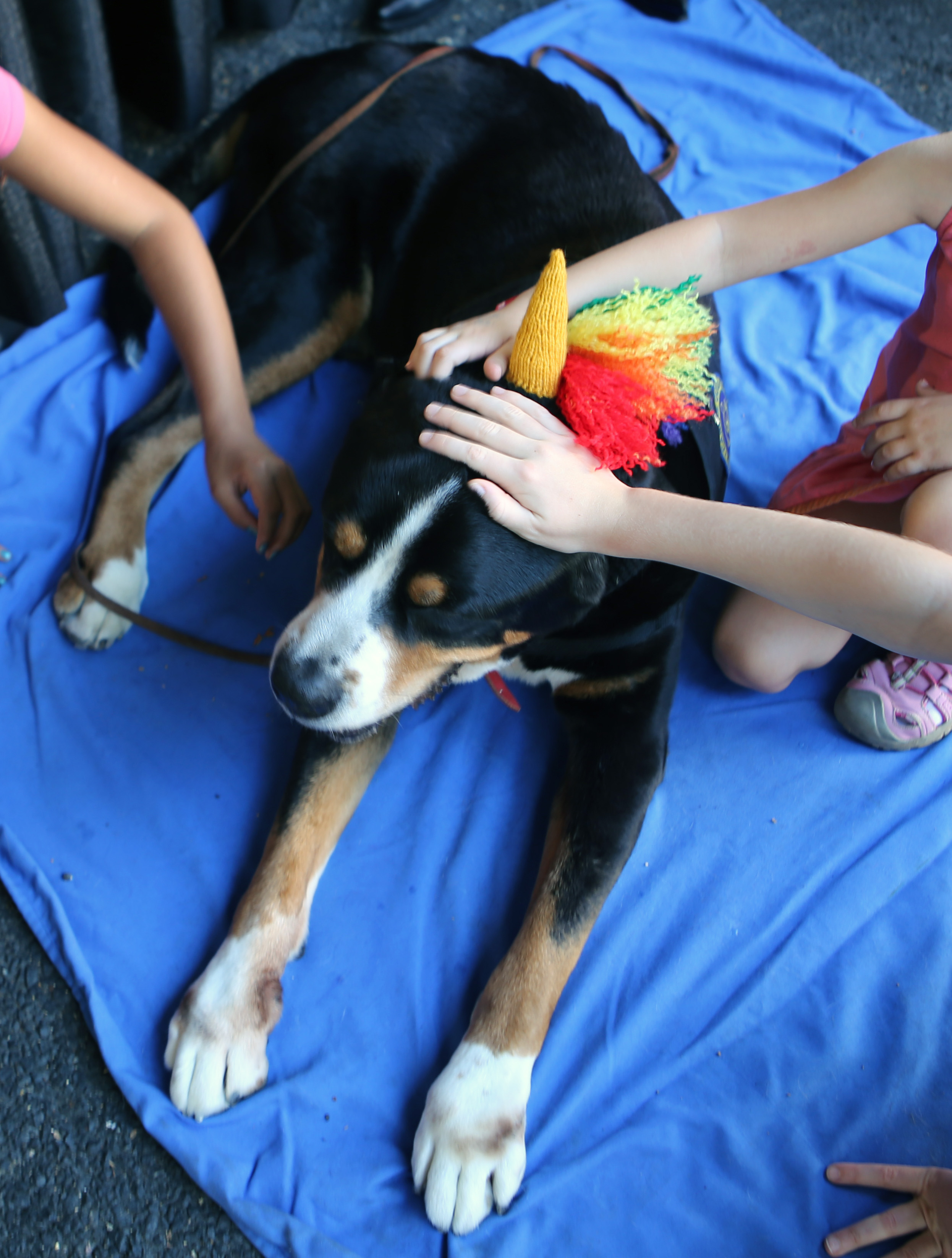 Austin Dog Alliance brought service dogs to the Texas Book Festival for the enjoyment of children and all attendees. Photo by Shelby Custer. 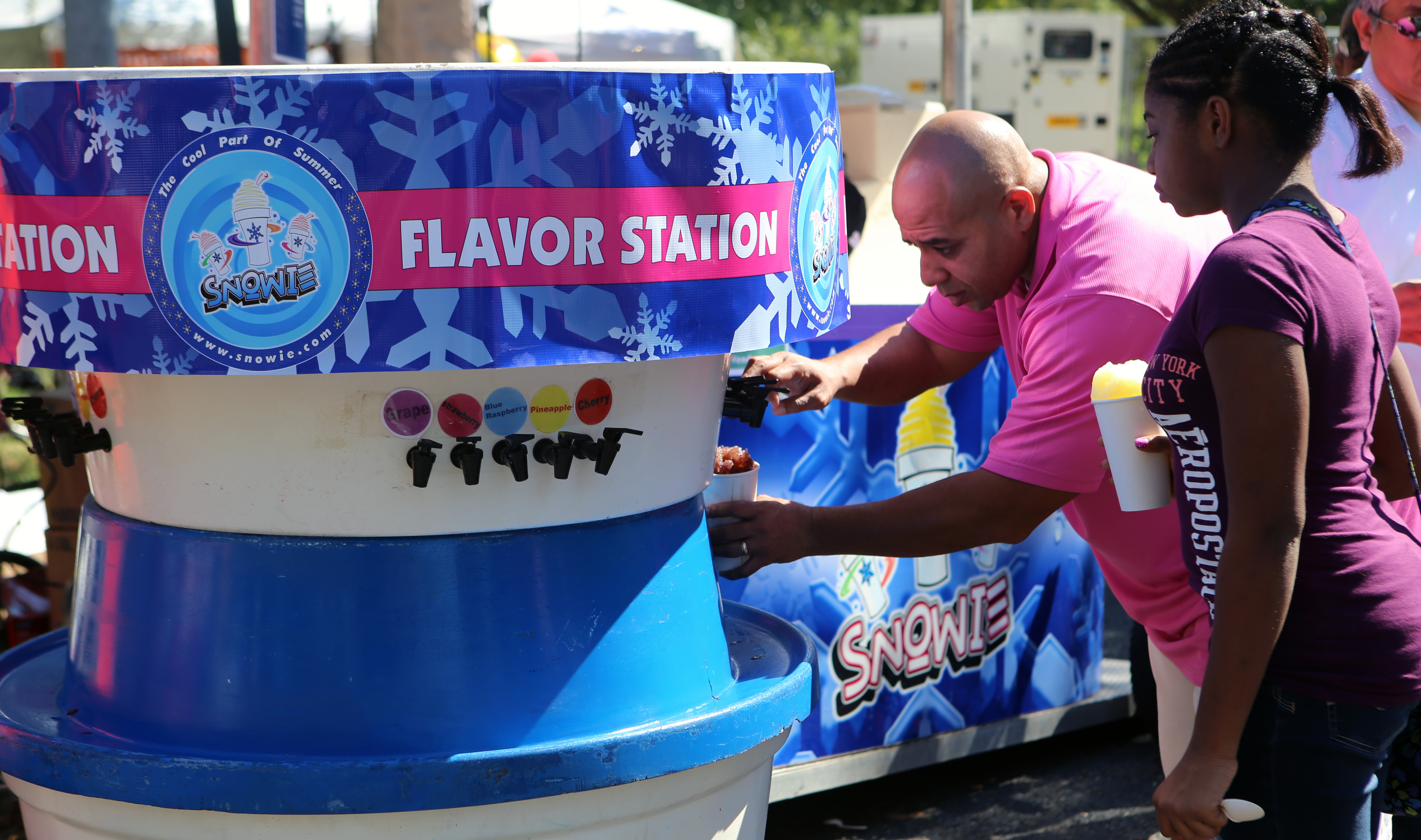 Families fill their snow-cones at the flavor station. Photo by Shelby Custer 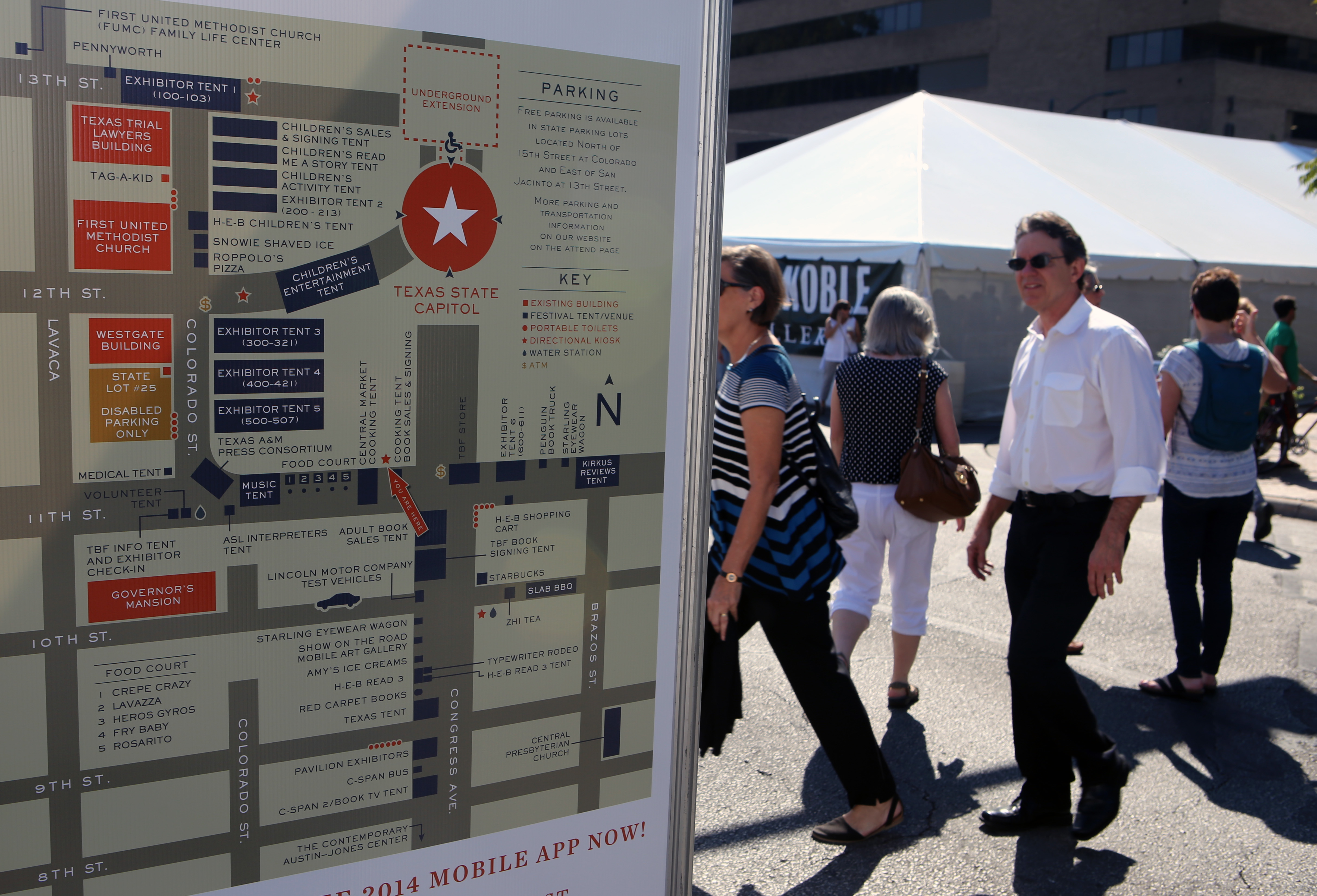 People walk by a map of the State Capitol grounds at the Texas Book Festival. Photo by Shelby Custer