UT Micro Farm Grows from the Ground Up 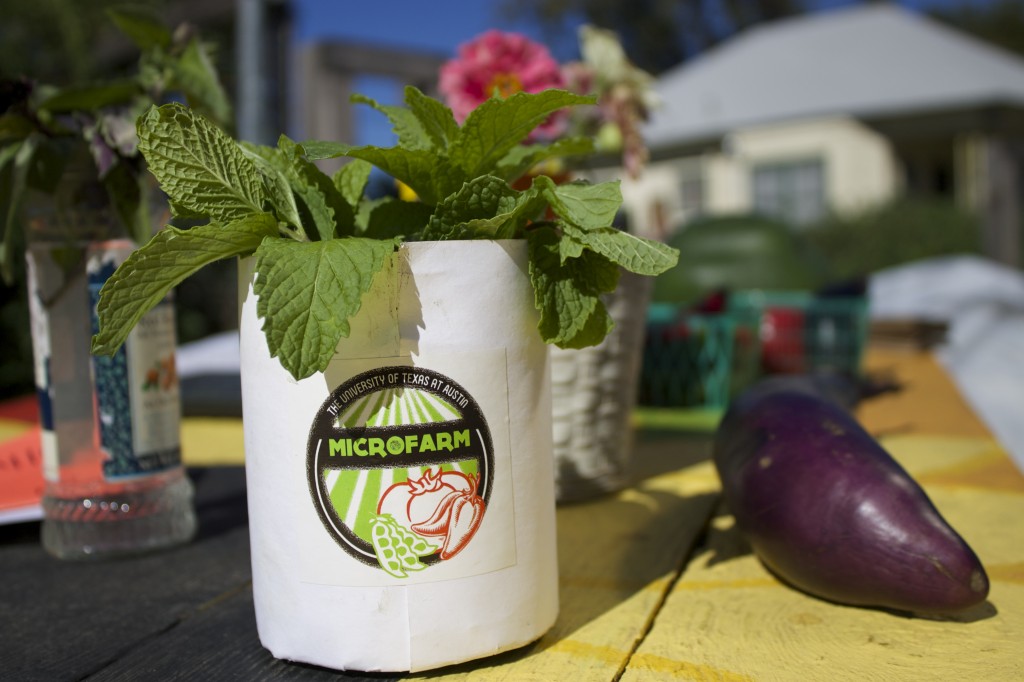 Sustainable and organic produce is not something UT is known for, but a plot of land on the east side of campus is trying to change that.

The UT Micro Farm is the university’s first student-run farm. Established in 2012 as a Green Fee project, the farm occupies about a fifth of an acre near Disch-Falk Field. The farm grows vegetables, fruits, flowers and herbs to be sold to various markets and donated to a local food shelter. Students practice organic farming and hope to eventually be a sustainable farm.

“I thought it was really fascinating to see where food came from,” said Stephanie Hamborsky, the farm’s development assistant, on beginning her work with the micro farm. “I got really excited about really taking charge of this farm and turning it into something that the whole community knows about and providing people with affordable and sustainable produce.”

Austin is home to more than 10 urban farms and 30 community gardens that provide local restaurants, grocers, farmers markets and communities with items ranging from fresh produce to free-range eggs to mealworms. The micro farm, as its name suggests, runs like a farm on a much smaller scale.

Katie Lewis, a sophomore biology and pre-veterinary major, is the farm’s manager. She said that the farm provides a special experience to student life.

“Organic farming and working with my hands and being able to grow things has always been a passion of mine,” Lewis said. “It’s nice to be able to express that while at school.”

Students manage the day-to-day operations of the farm, from tilling the soil to planning crop irrigation. While they have access to campus advisors and resources, much of what the students do is learned on their own.

Edgar Navarrete, a third-year nutrition major and the farm’s fertilizer specialist, has been volunteering at the farm since the Fall semester began. He said that learning on the job is a major part of working on the farm.

“Learning a position here is tough,” Navarrete said. “It’s like taking another class.”

The farm is a hands-on experience where students can gain a better understanding of where their food comes from while contributing to the local food economy.

Hamborsky, a junior plan II and biology major, said that one of the farm’s biggest goals is to change Austin’s food economy by providing organic food to a growing city.

“We want to engage the local community to come out because one of the biggest problems in Austin is the disparity between East Austin and central Austin,” Hamborsky said. “East Austin is essentially a food desert. There aren’t a lot of sources for organic, local foods here and there aren’t a lot of accessible grocery stores in their area, so we’d like to provide affordable produce.”

While the farm aims to transform the city’s food market, the group still faces an essential hurdle.

“We do have some students who come out to volunteer in big groups, but a lot of times it’s difficult to retain volunteers,” Hamborsky said. “I think that definitely being in a big city and school that doesn’t have an agricultural focus, it’s hard to find students that are interested in this.” 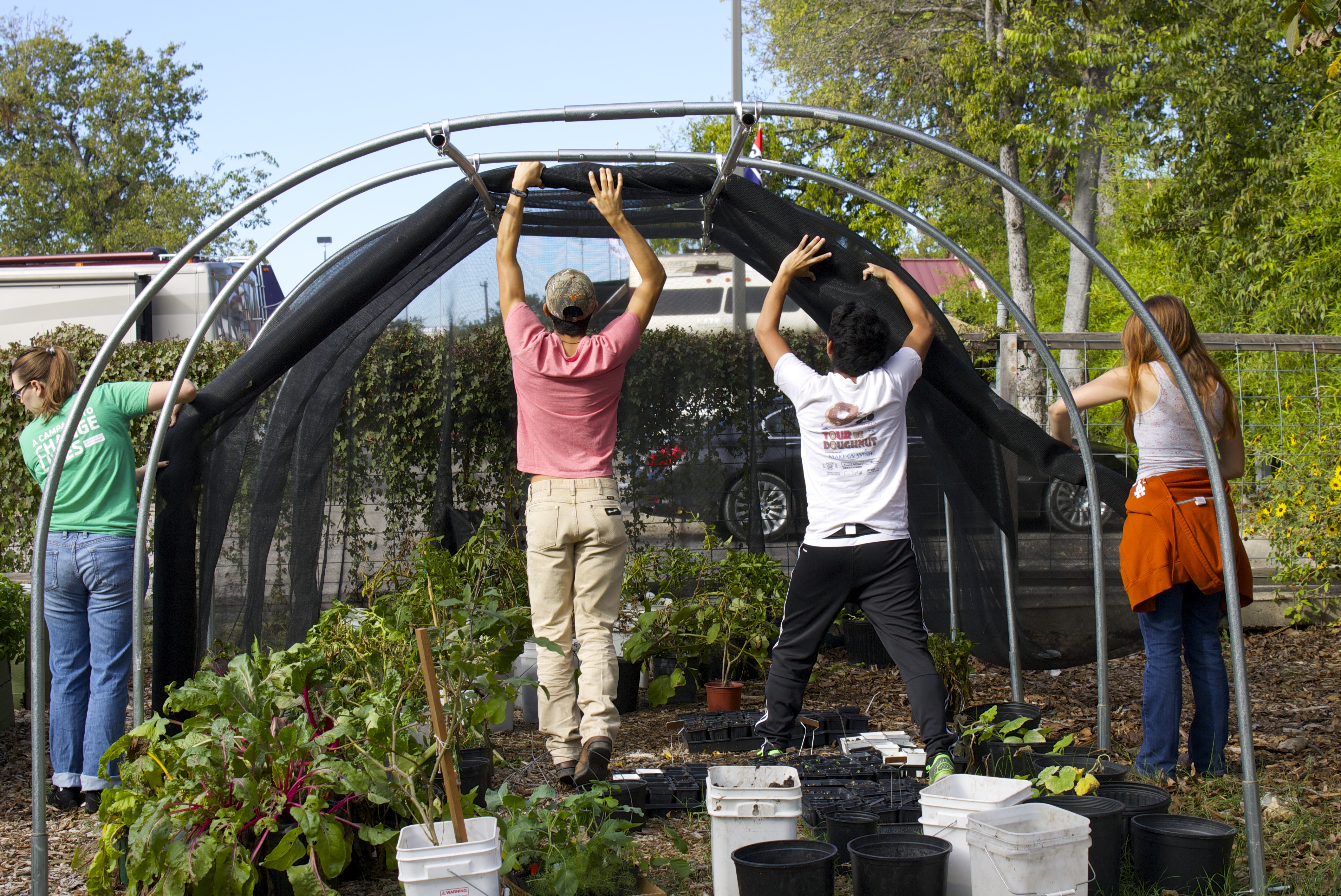 One of the challenges nutrition major Edgar Navarrete faces as a volunteer is the learning process. Obtaining the position as a fertilizing specialist is like taking another class at UT, he says. Photo by Elizabeth Williams 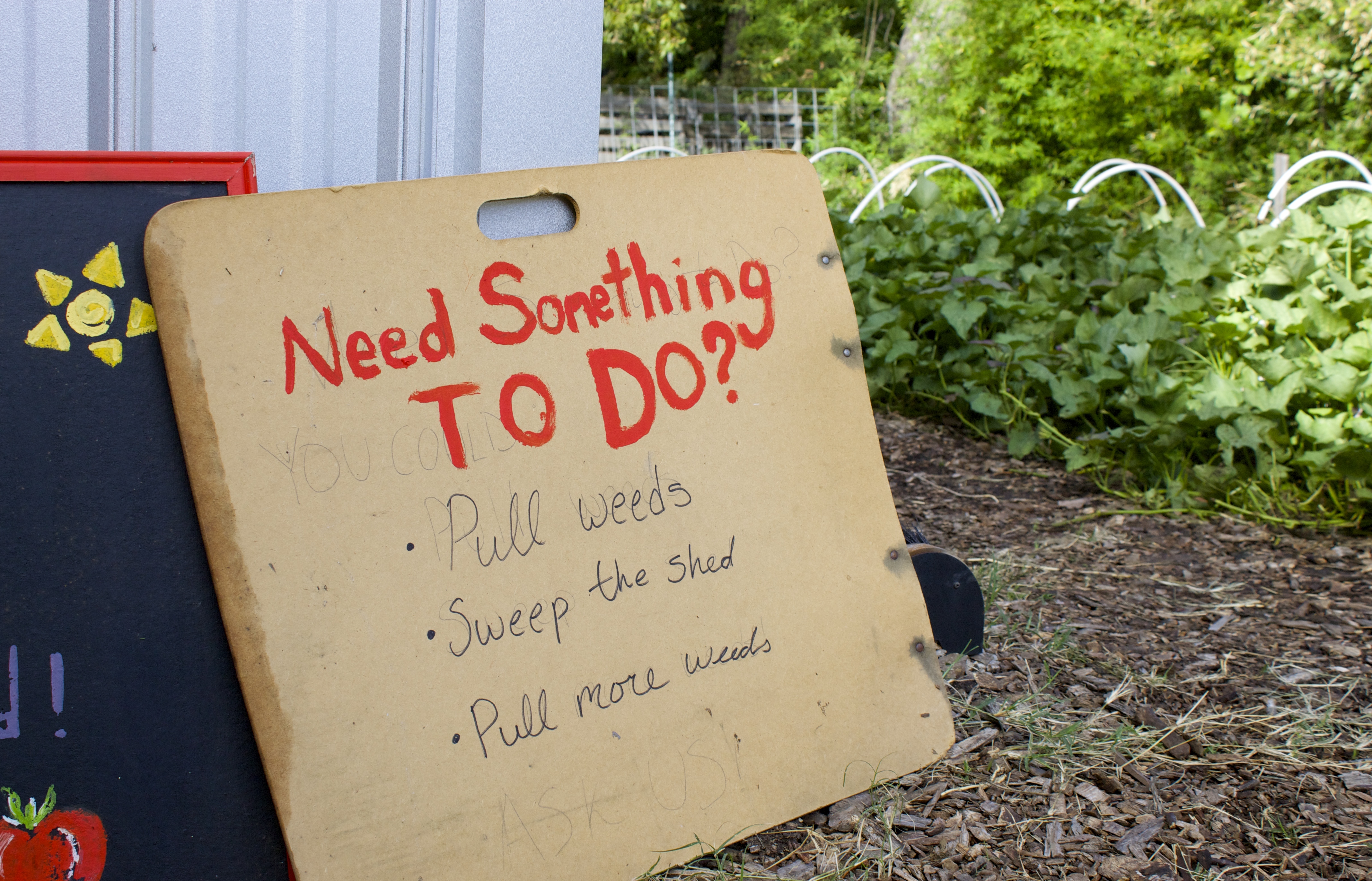 Depending on the day, tasks for volunteering may include removing grass, spreading compost and mulch, planting seeds, harvesting, raking, and watering. Photo by Elizabeth Williams 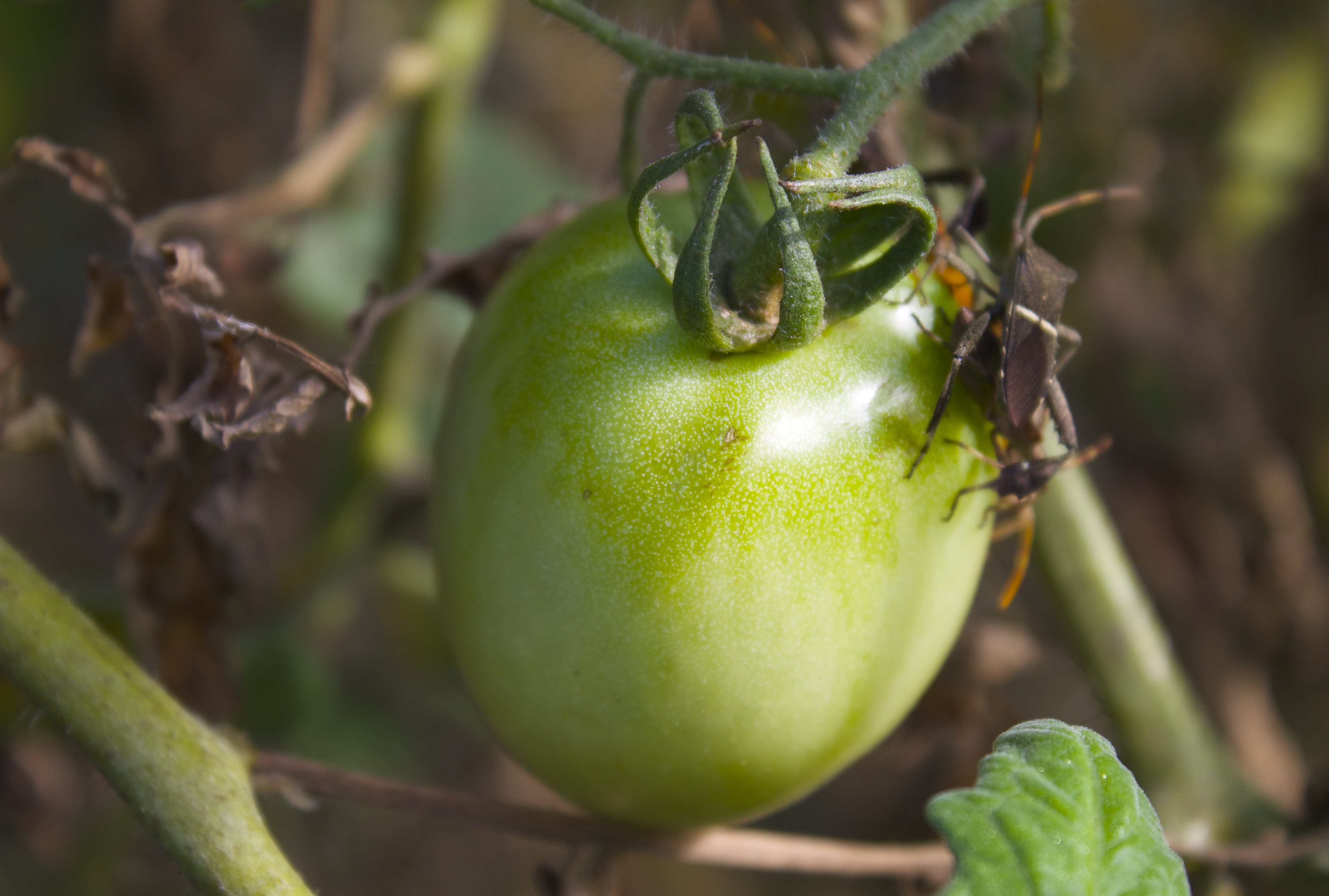 The use of non-organic herbicides, pesticides, or fungicides is prohibited, as well as synthetic fertilizers and planting GMO seeds. Photo by Elizabeth Williams 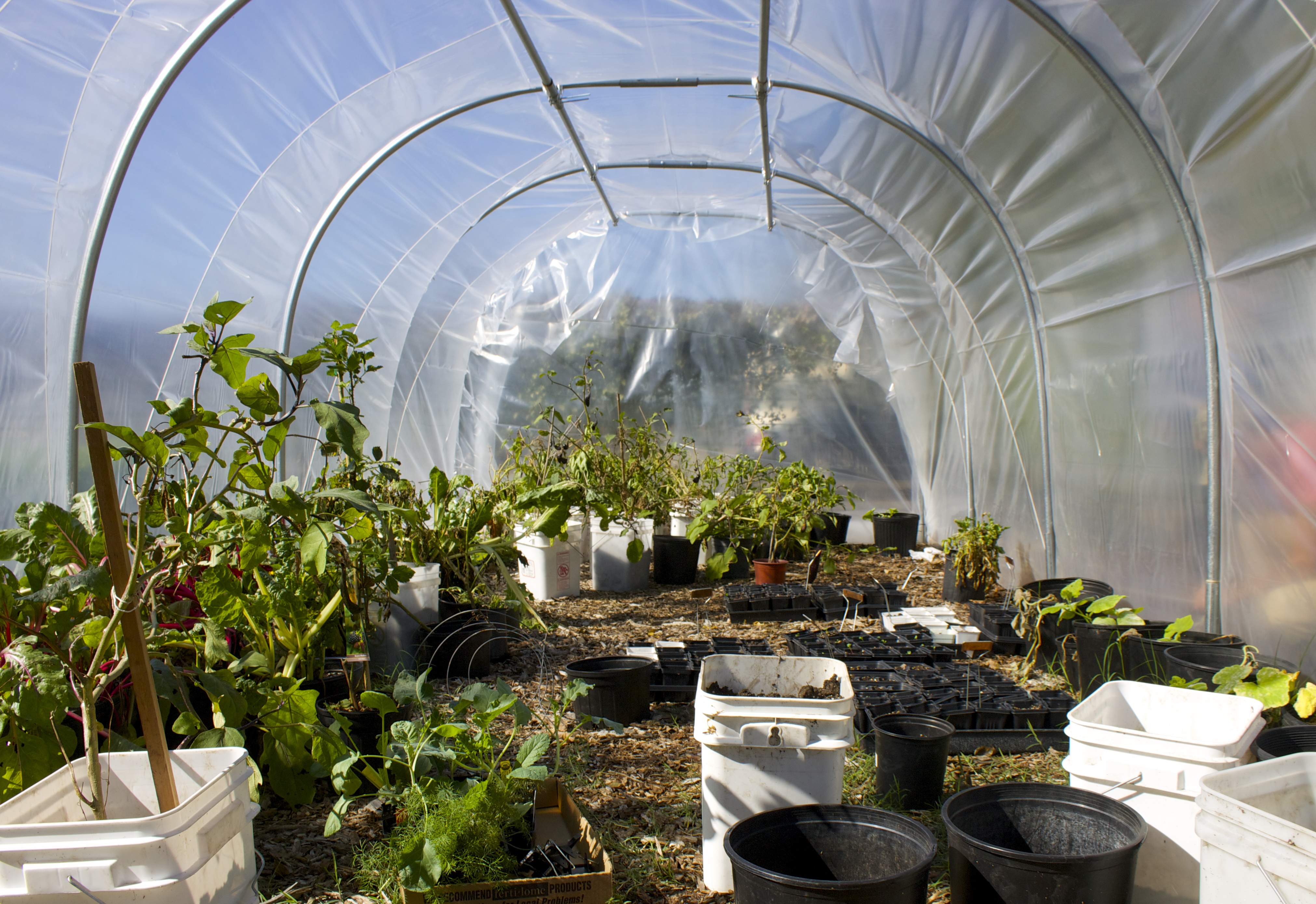 The farm is looking to build a rainwater harvesting system in the near future, to decrease our dependence upon the city-provided water utility. Photo by Elizabeth Williams 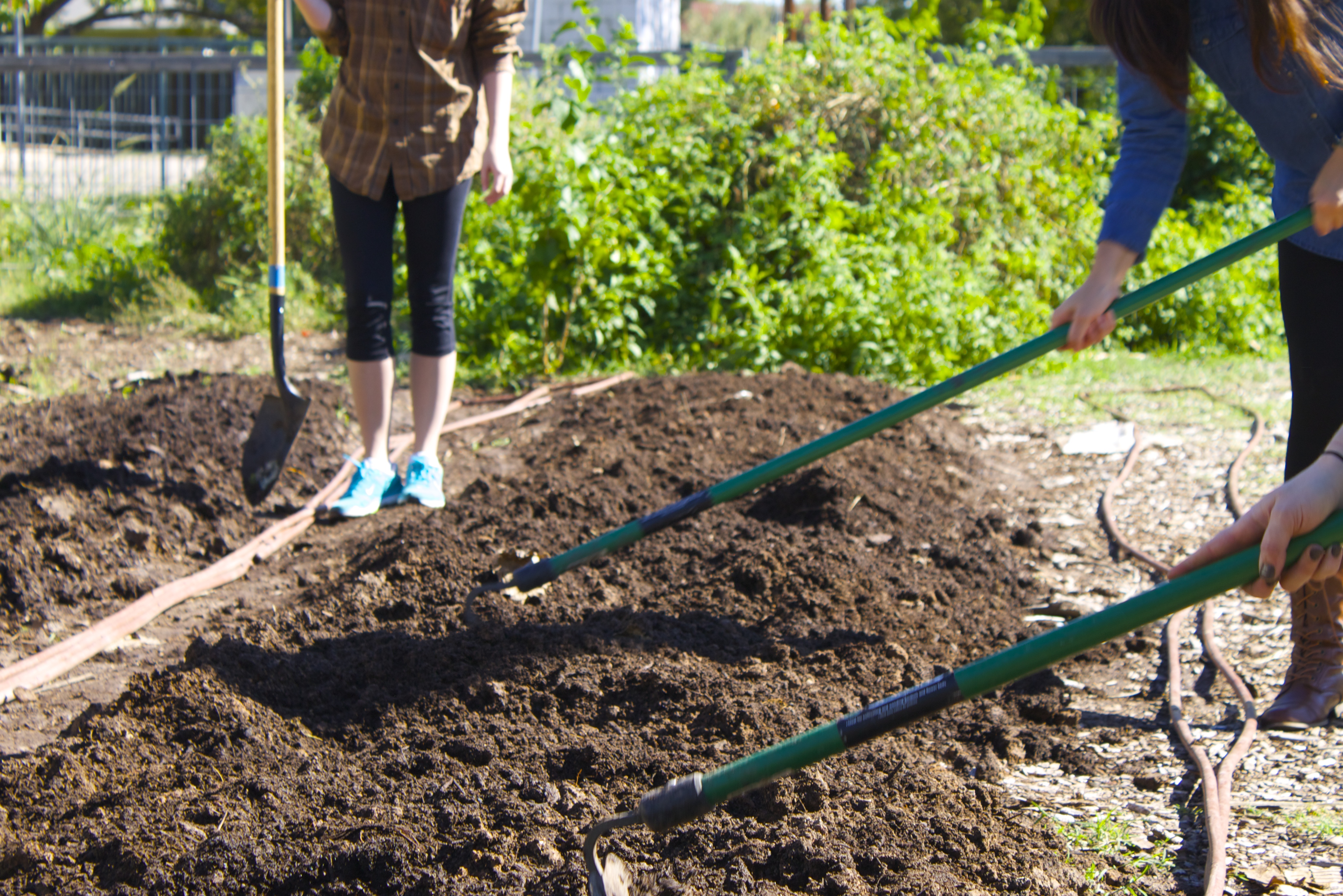 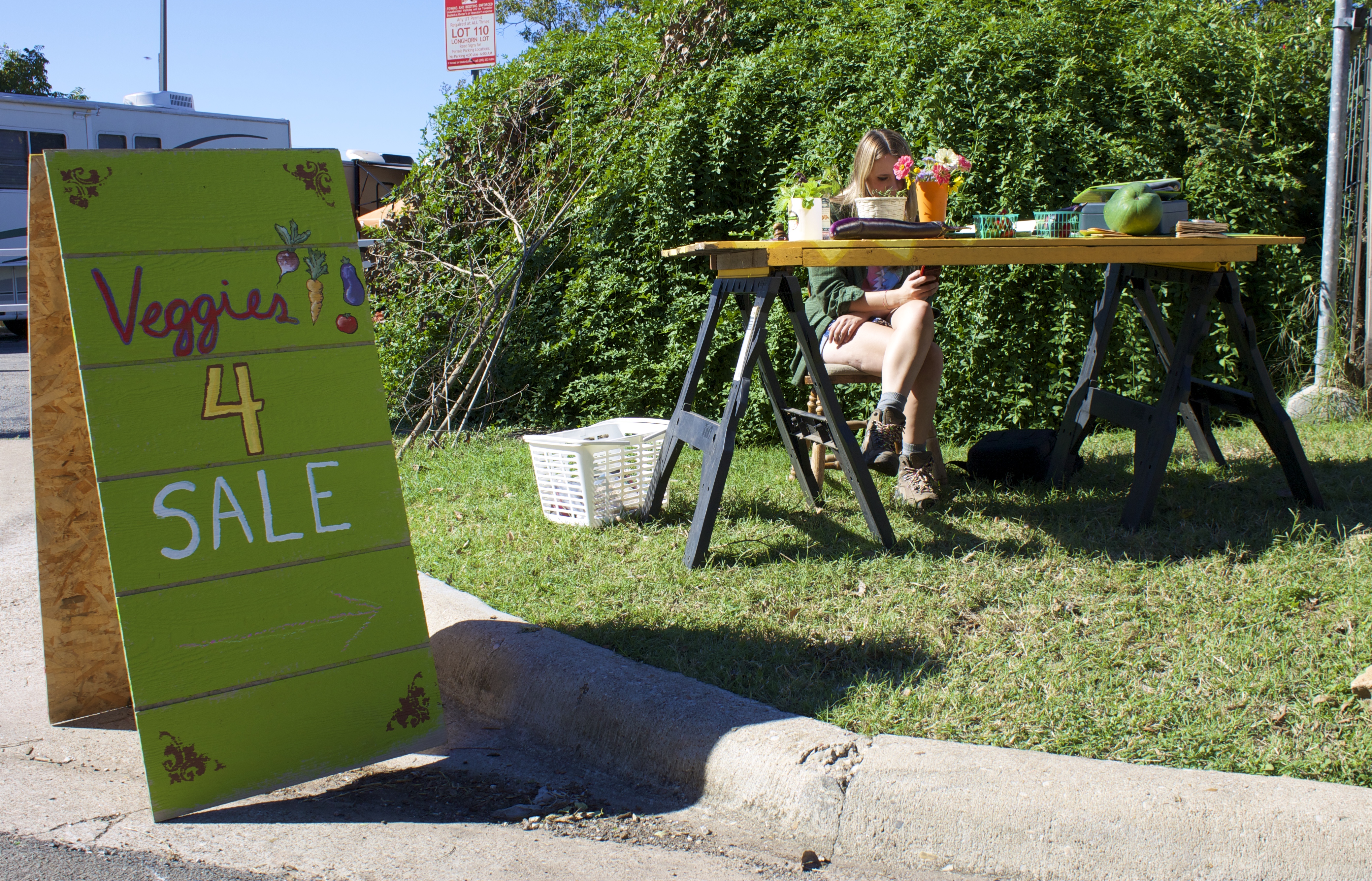 With scarce sources for organic local food in East Austin, UT Micro Farm hopes to engage the community to come out and buy from them. Photo by Elizabeth Williams 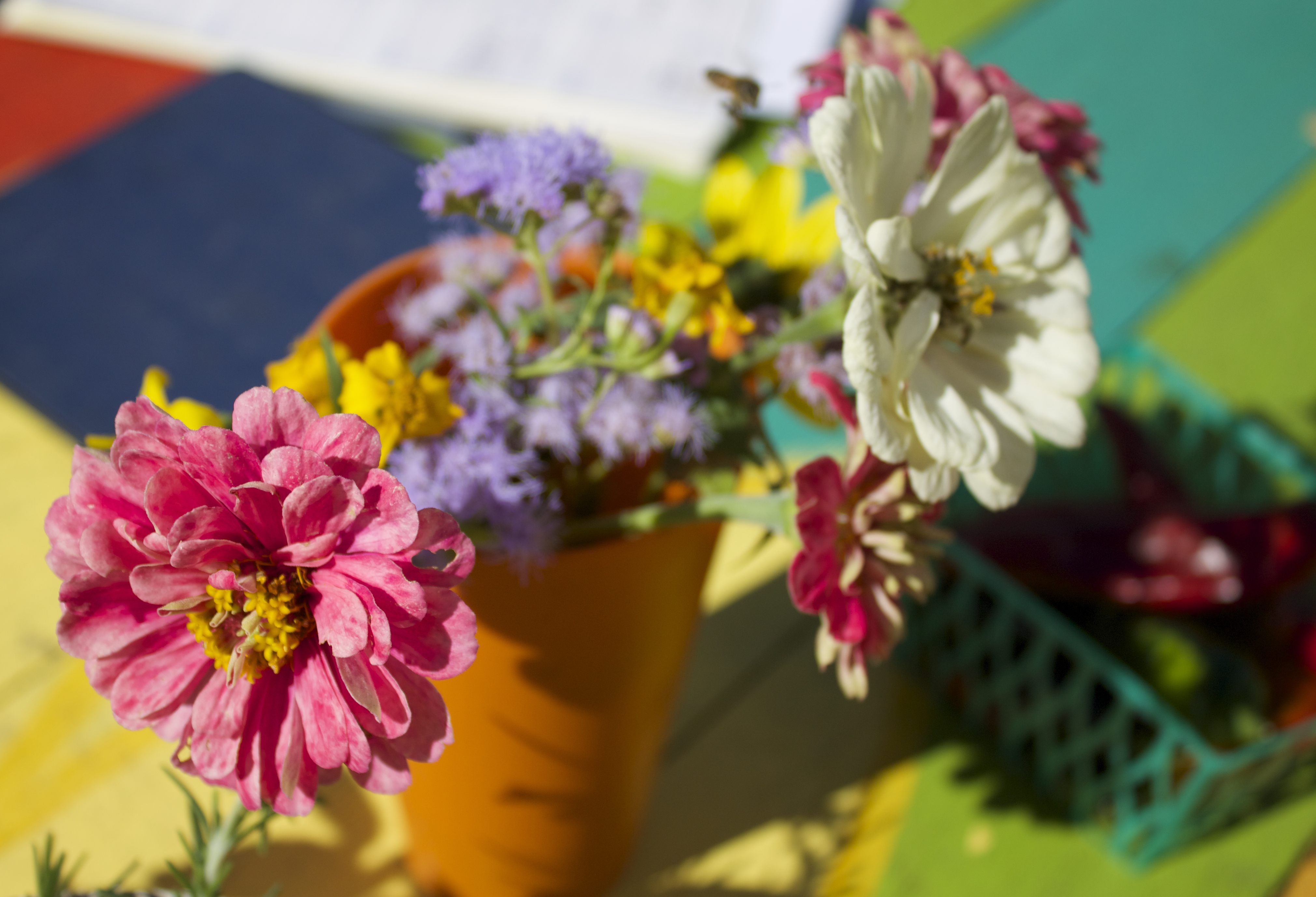 In addition to fresh fruits and vegetables, the UT Micro Farm also grows flowers to be sold to the university dining halls and at their farm stand. Photo by Elizabeth Williams 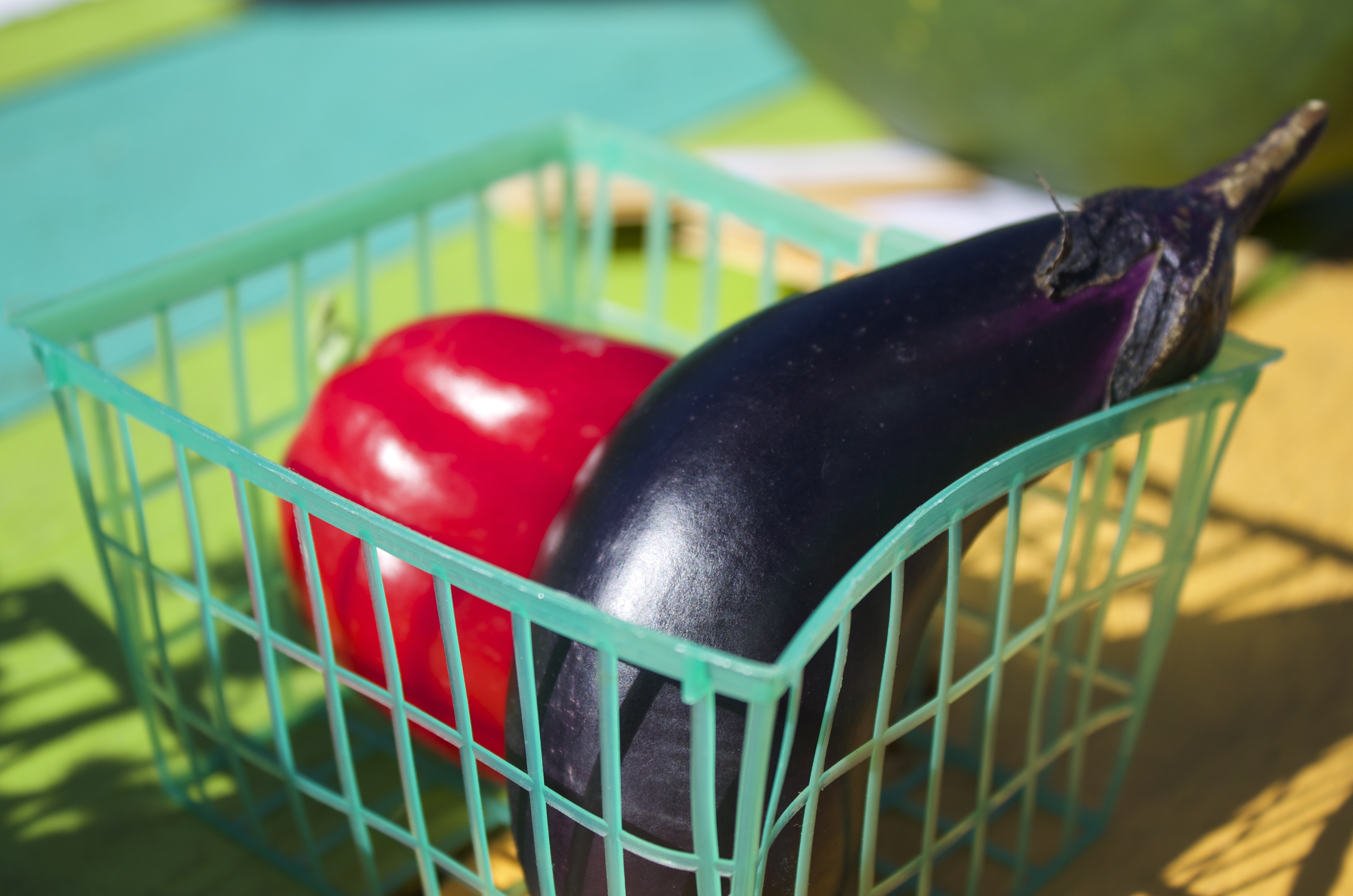 The UT Micro Farm will grow food primarily for use in UT dining halls, for sale at a student-run, on-campus farm stand, and to donate to a neighborhood food shelter. Photo by Elizabeth Williams 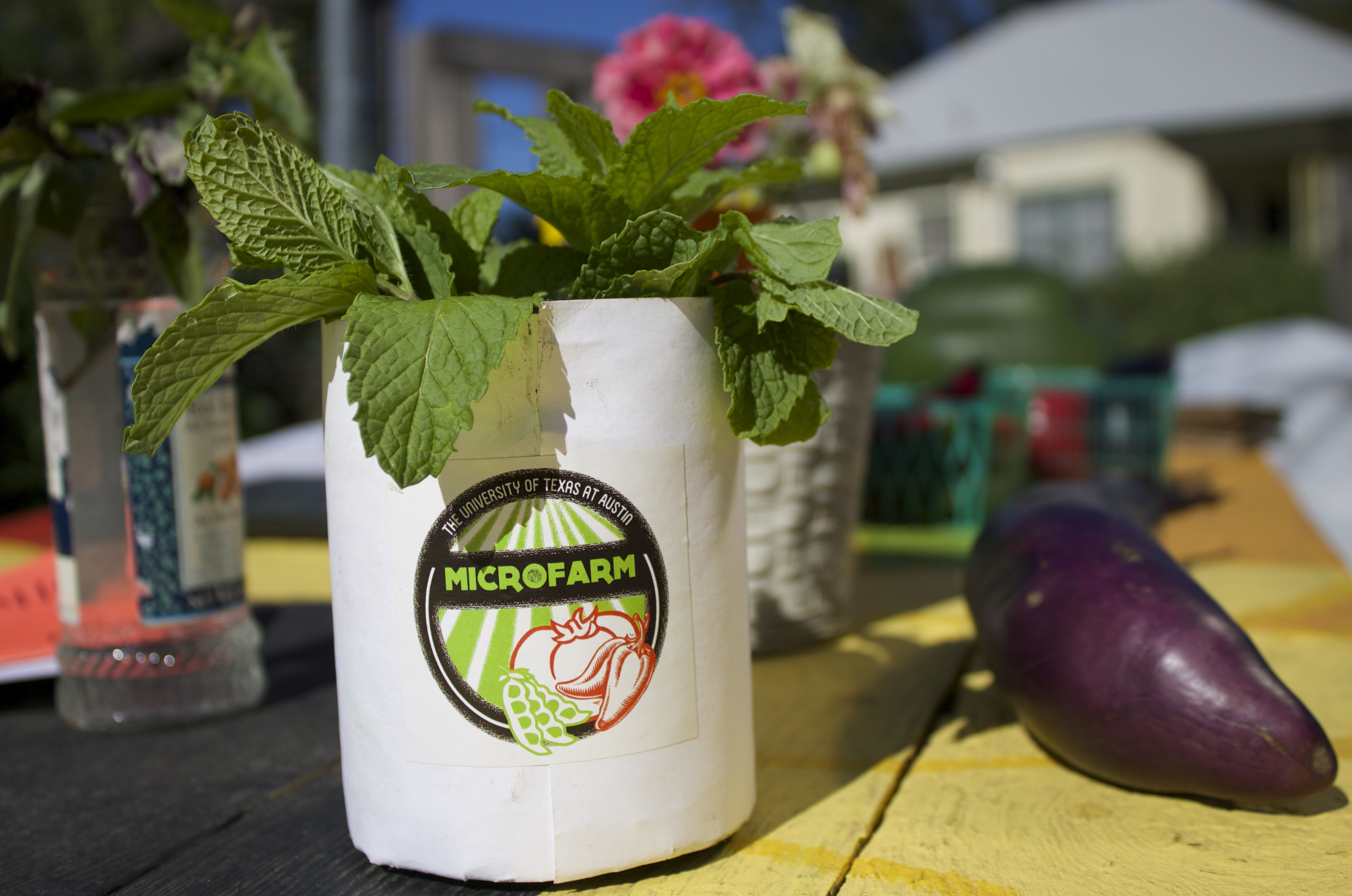 Located on 2204 Leona St. in East Campus, students and faculty are welcome to volunteer on Tuesdays 4-7pm and Saturdays 9am-noon. Photo by Elizabeth Williams 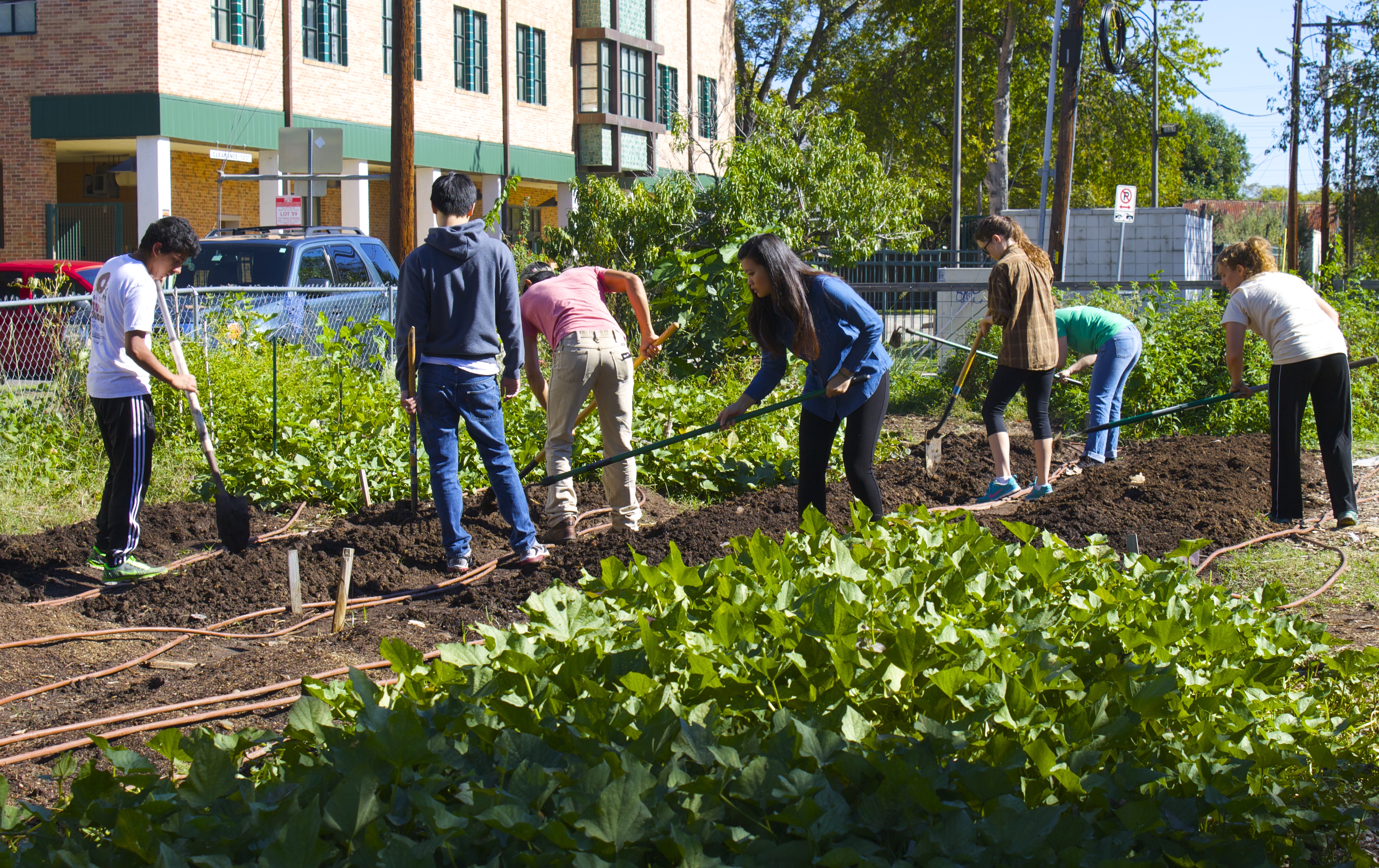 Adhering to organic protocol, UT Micro Farm produces food with specific methods. For instance, composts that contain eggshells cannot be used since it is an animal product. Photo by Elizabeth Williams

Getting the university community involved has been a constant challenge for the micro farm. Open volunteer work days at the farm occur during the week. Students also sell their produce at both the HOPE Farmers Market and their own stand in front of the farm, but establishing a reliable volunteer and customer base is an ongoing battle.

“I talk about it all the time and my friends are like ‘what’s that’?’” Lewis said. “I think as an organization, that’s one of our biggest challenges — getting students to know that we are here and getting them to volunteer.”

“We have a lot of biology and environmental science majors volunteering because there are a lot of scientific aspects to farming,” Hamborsky said. “But what a lot of students don’t know is that we need students from all backgrounds to help out.”

Check out Austin’s other urban farms. 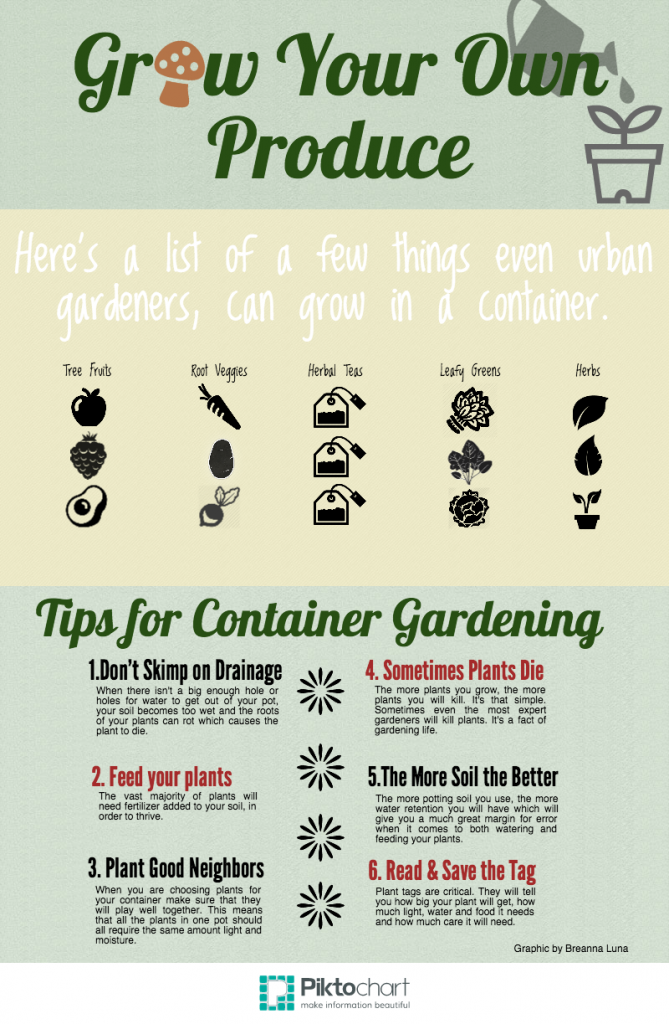