Muscular triceps, muscular biceps and muscular calves. Hundreds of muscles defined by weeks of training and the shadows of spray tans—with just a quick swipe through “#bodybuildinglifestyle” on Instagram. 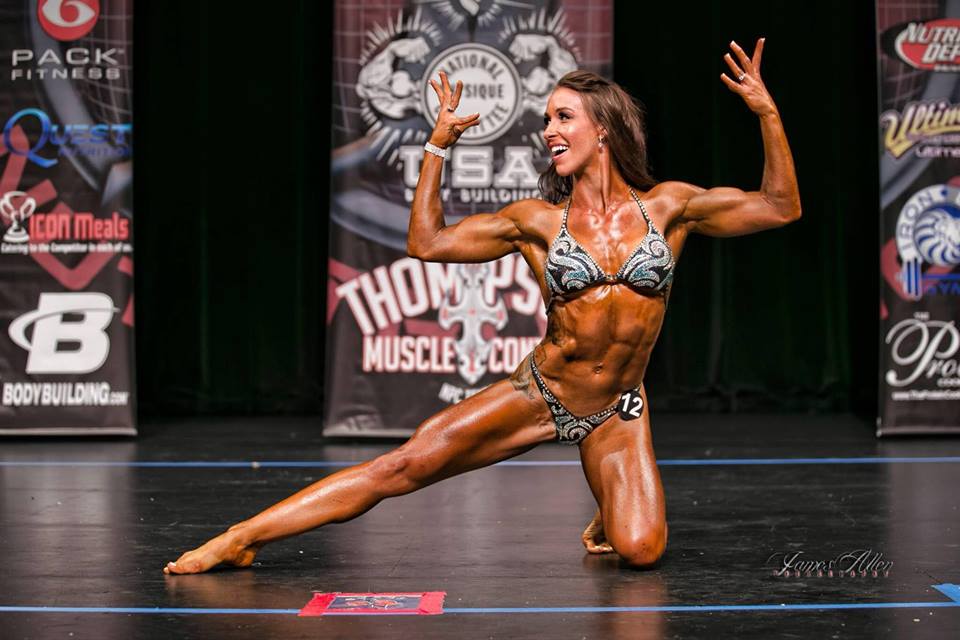 B Barnett, a competitive bodybuilder from Austin, Texas, poses and flexes during the Formulation I Classic bodybuilding competition on October 18th. Barnett took first place in her Figure class and third in her Physique class, and will be going to next year’s NPC National Championship. (Photo courtesy of B Barnett)

At the time of this article’s publication, the hashtag “bodybuildinglifestyle” has amassed more than 152,000 posts. And it’s not the only online library for bodybuilders and fitness fanatics. Another fitness-related hashtag, such as “bodybuildingmotivation,” has collected about 210,000 posts, while the growing library under “#fitfam” has reached more than 15 million. For Austin-based competitive bodybuilder B Barnett, using these hashtags on her personal account has connected her to local and national bodybuilding communities to share tips, inspirational photos and routines.

But, as a female bodybuilder, using these hashtags has also has its downsides.

“I have been the victim of ‘muscle-shaming’ more than once on social media and in person. A woman with muscles is still an intimidating thing to so many in our society,” Barnett said. “The box we put women in as a society has never been so apparent to me. I receive emails and Facebook messages at least once a month telling me I am not pretty, or I have the potential to be attractive if I would just slim down.”

Barnett competes in natural bodybuilding, or bodybuilding without the use of steroids and her competition preparations begin weeks in advance. Competitions involve multiple divisions, such as Bikini, Figure, and Fitness, and require serious commitment from a competitor and her wallet. Barnett estimates that the food and coaching for every 12 week training cycle costs nearly $1200:

Competitions contribute even more to the dent in an athlete’s wallet. In addition to any necessary travel and lodging costs, the bedazzled bikinis worn by competitors can cost upwards of $400, while the heavy-duty spray tan used to highlight muscle definition for Figure classes can cost around $150.

Barnett recently placed first in the 2014 NPC Formulation One Championships for Figure Class C, but she began bodybuilding as an experiment. Years ago, she worked for a protein drink company that needed to better understand its bodybuilding market, so she volunteered to become a part of the fitness community. After weeks of training and her first competition at the Texas Shredder, one of the state’s 17 yearly bodybuilding competitions, Barnett said she was hooked.

“Bodybuilding means we, as women, get to focus on ourselves and our image without being shamed for it,” Barnett said. “When you have a competition coming up, all of a sudden you have this golden ticket to excuse you to the freedom of focusing on yourself instead of everyone else.”

To train, Barnett regulates her diet and focuses her workouts on certain parts of her body. For her next competition, Barnett has to increase her overall mass by 15 percent over the next five months. (Typically, female bodybuilders compete at an average body fat percentage of 6 to 10 percent and the average body fat percentage for female athletes is around 16 to 20 percent.) To do this, she plans to begin a 12-week program of intense dieting and muscle-building workouts. During this time, Barnett said she “will weigh, count and plan [her] every morsel of food to account for every workout and energy spent in any given day.”

These training regimens vary for every bodybuilder depending on their competition, health goals, physical limits and desired muscle definition. Amateur bodybuilder and UT freshman Shelby Chancellor said she gets a workout in at least six times a week, and she “preps” all of her meals, meaning she cooks her meals for the week in one sitting (to ascertain that she accounts for nutritional content and portion size).

“You have to have times laid out for when you eat, when you do cardio and when you lift,” Chancellor said. “Without a plan, it is much more likely that one will get off track or even fail at prepping.”

Alex Feuerman, a UT senior who recently placed at the Texas Shredder competition, agrees that the preparation and focus required for bodybuilding creates a unique lifestyle. In addition to the hours spent cooking and calculating nutritional information, Feuerman and Chancellor both log substantial time at the gym – but even driven athletes need support. 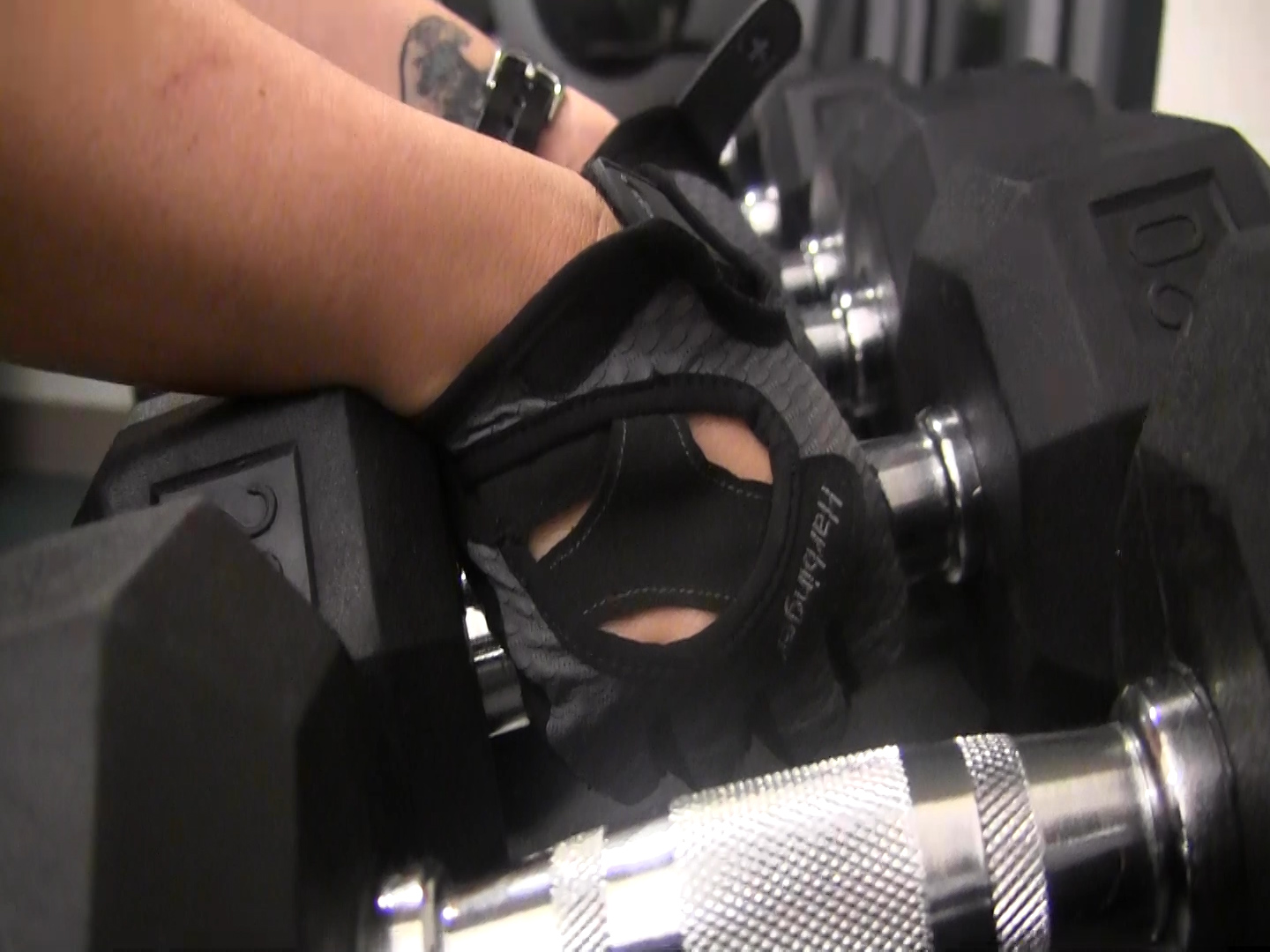 Alex Feuerman chooses weights during a training session. Bodybuilders tailor their workouts according to their desired muscular definition. (Photo by Sara Cabral). 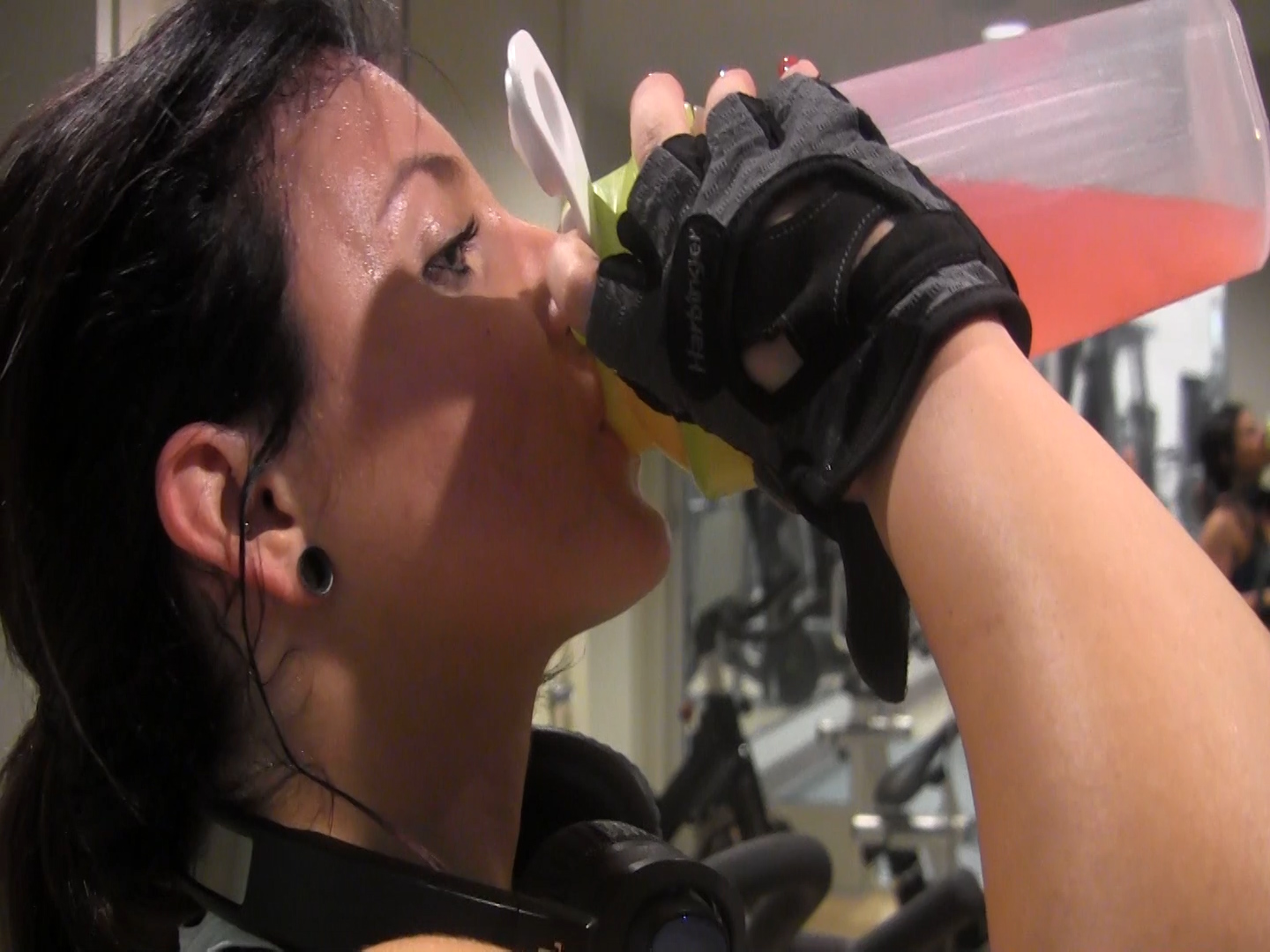 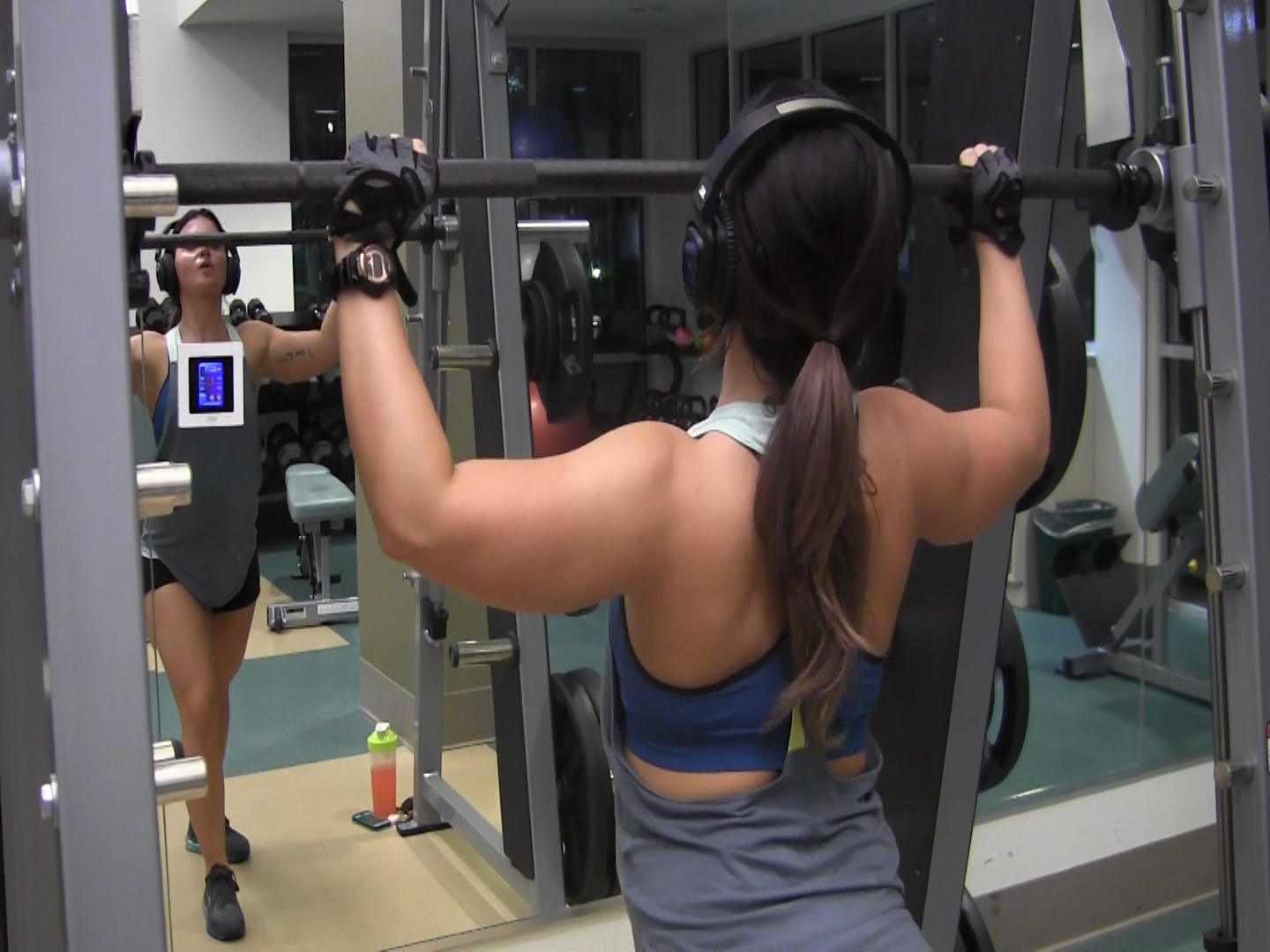 Alex Feuerman lifts to train for her next competition. She said she spends most of her time in the gym. (Photo by Sara Cabral). 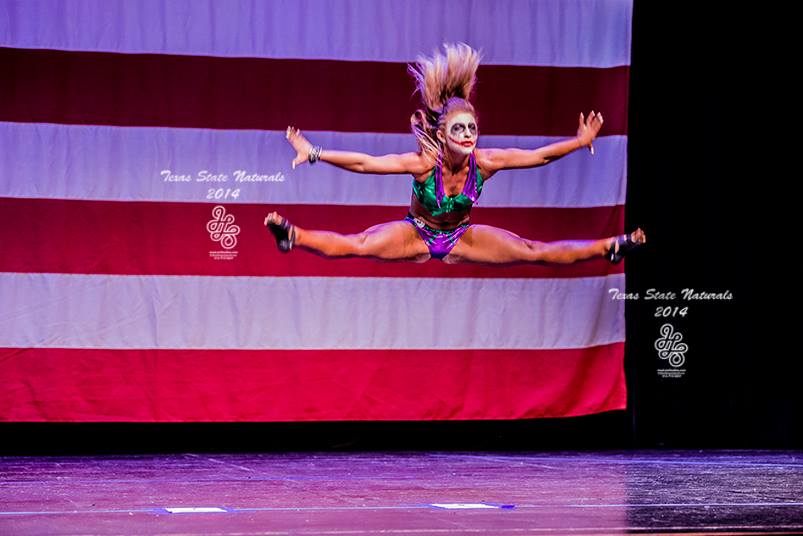 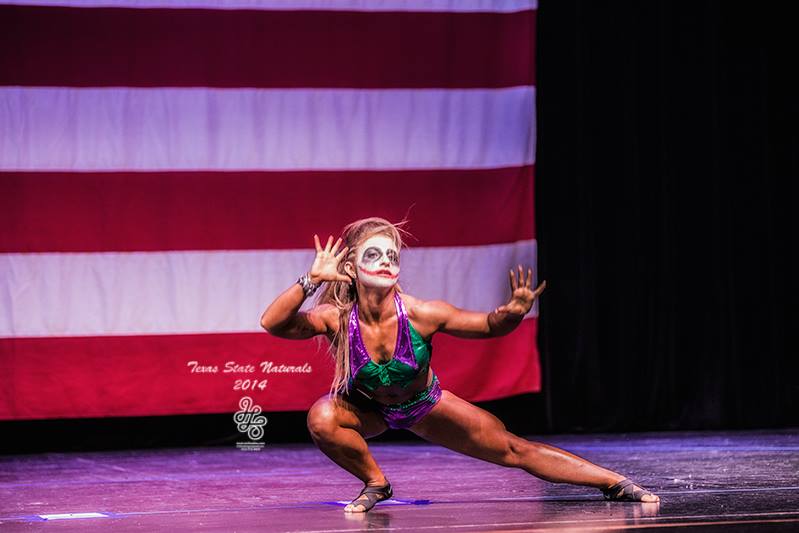 Alex Feuerman performs a routine during the WNBF/INBF Texas State Natural Bodybuilding Nationals. She modeled her costume after The Joker from "Batman." (Photo courtesy of Alex Feuerman). 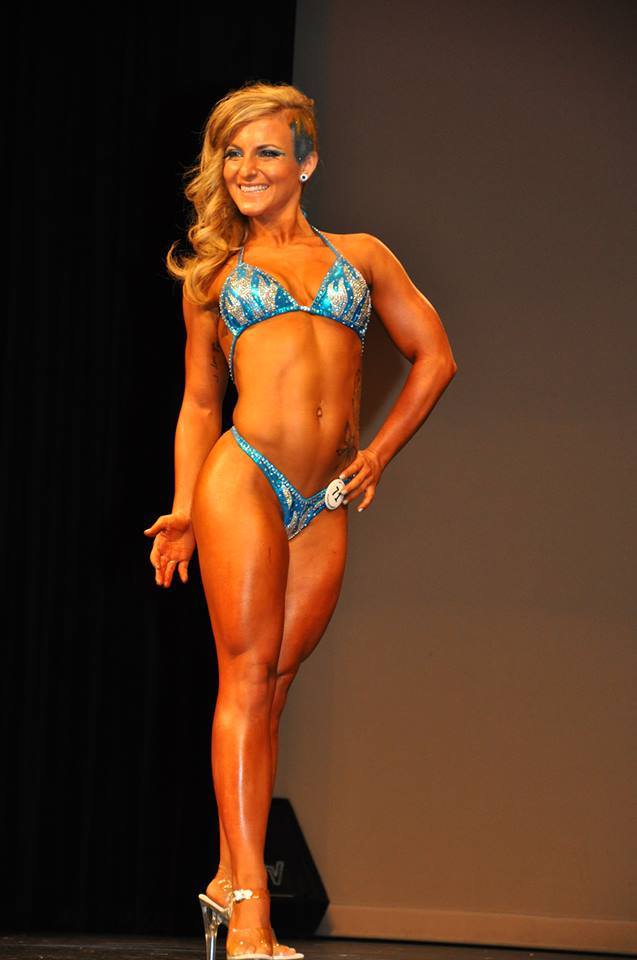 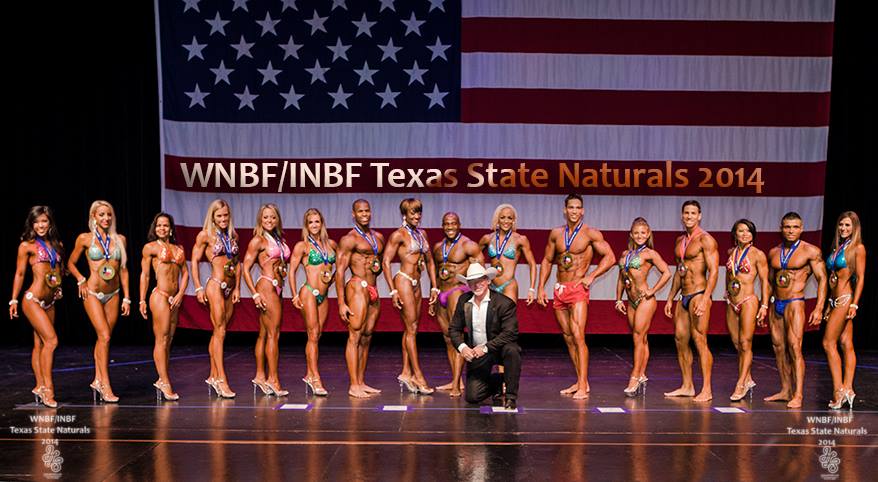 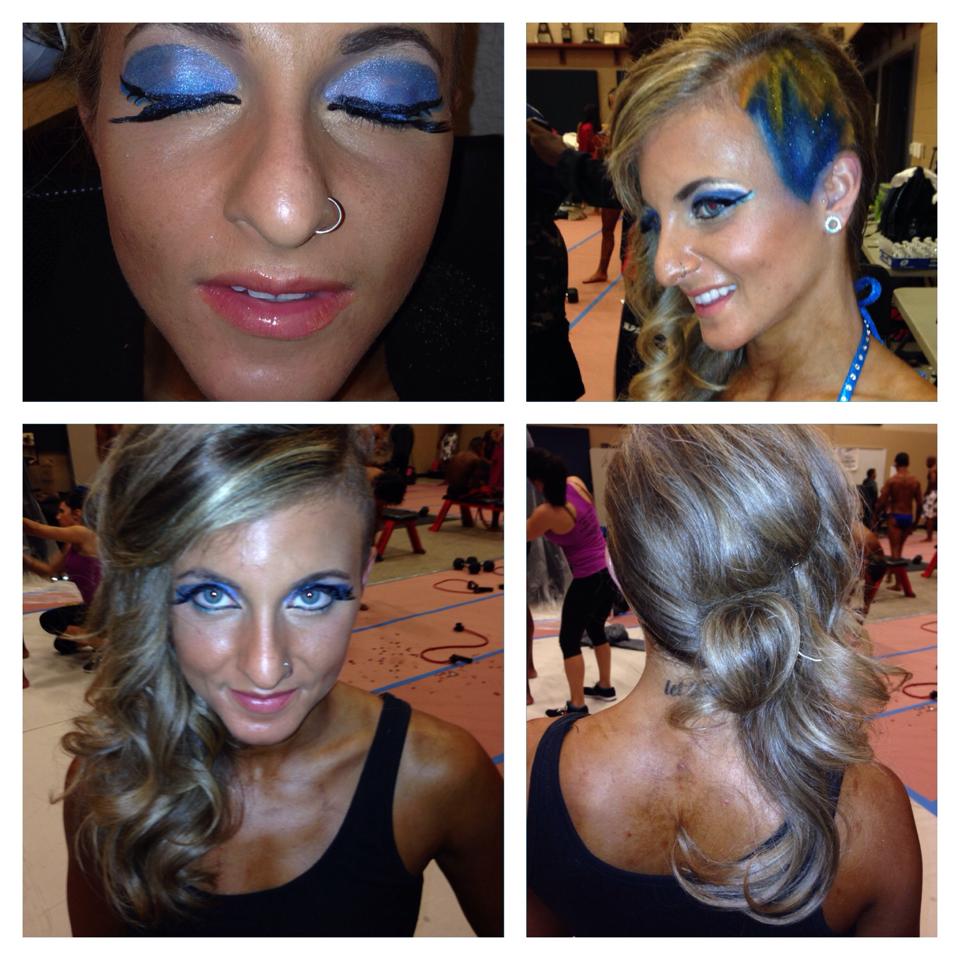 Alex Feuerman pays close attention to her makeup and hair for bodybuilding competitions. She said she has noticed that judges like when competitors incorporate more colors into their look. (Photo courtesy of Alex Feuerman). 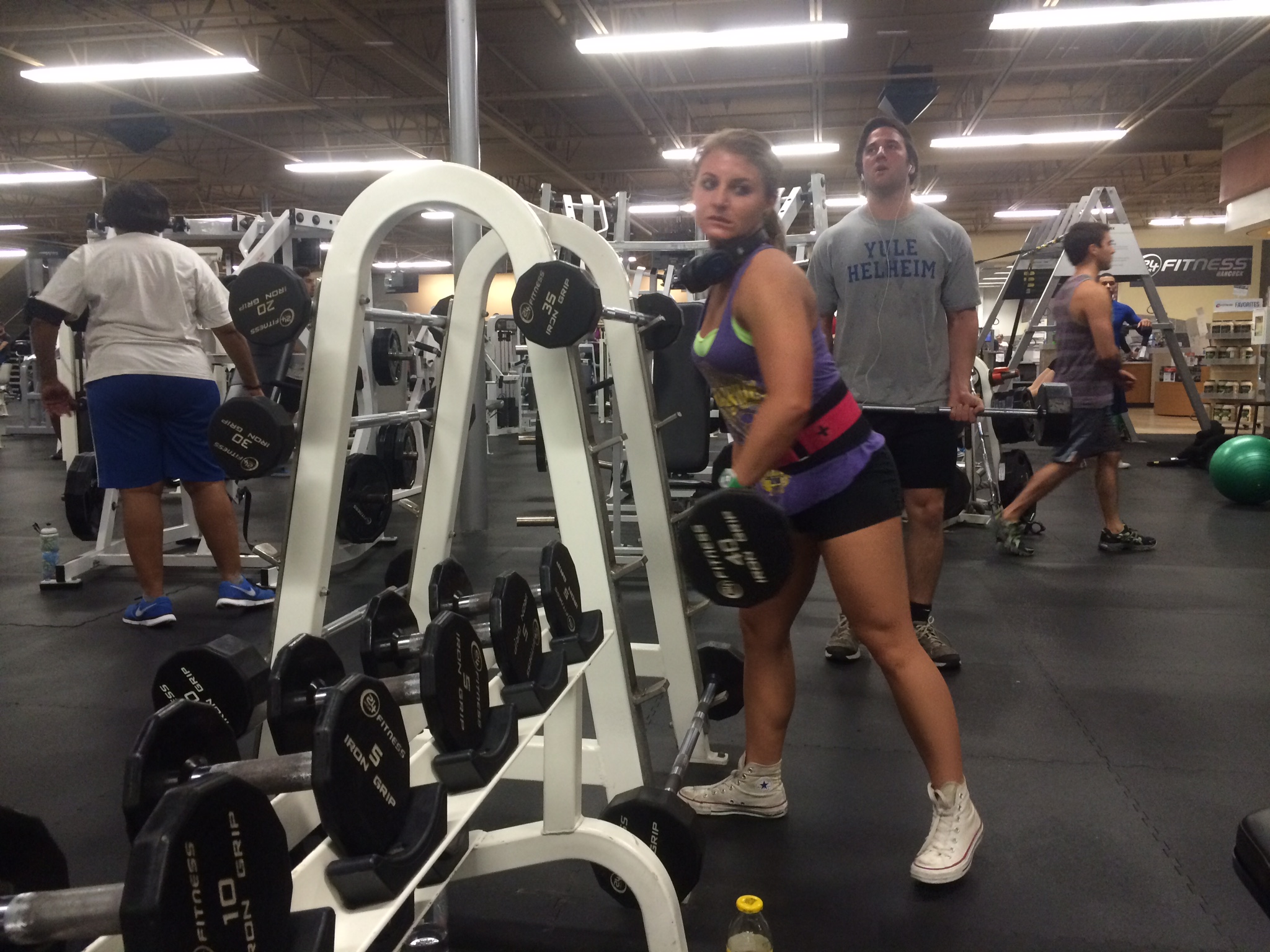 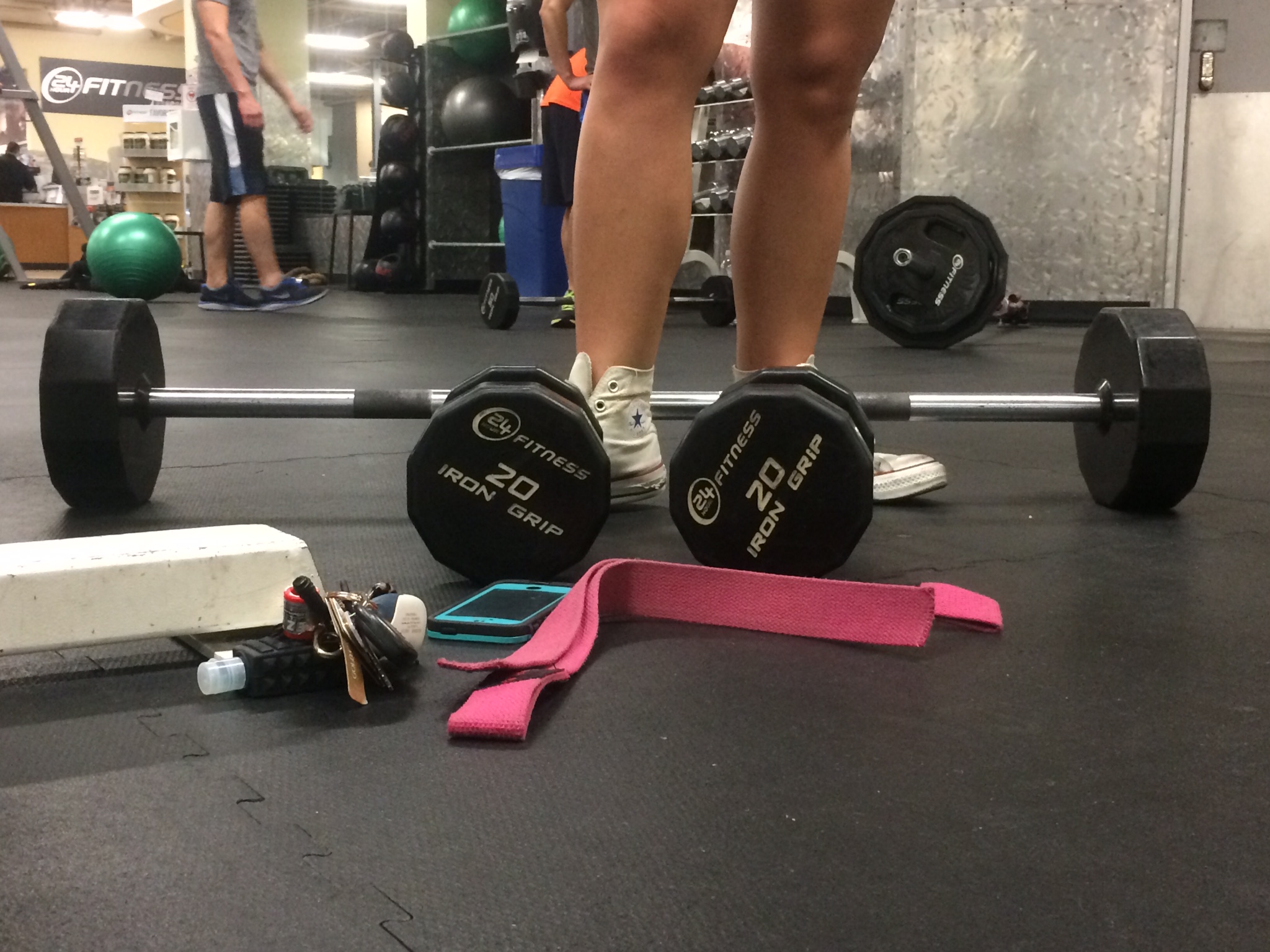 Alex Feuerman takes a moment to rest in between workouts during a training session at 24-Hour Fitness Gyms. (Photo by Olivia Starich).

Staying on track for competition usually requires the help of a professional trainer. Cambridge Dayn-Ryan, a competitive bodybuilder and active member of the Texas bodybuilding community, offers meal prep and workout consultation for other women in the sport.

“The biggest mistake a rookie can make is diving in without knowing what it takes,” Dayn-Ryan said. “Most are able to commit to the 24/7 lifestyle this sport requires, but others can have more difficulty sacrificing the little things for the time being to stay disciplined to get the results their body needs, which in turn makes most give up before they even start.”

Trimming down fat while gaining muscle takes sacrifices, whether that entails eating every meal out of a microwaveable Tupperware container or trading time with friends for time on the treadmill. On top of the day-to-day changes, Chancellor said that she had trouble overcoming mental barriers when she first started competing.

“I can’t imagine going through prep alone, without any guidance. I wouldn’t have made it,” Chancellor said. “It’s very emotionally and physically exhausting. [You’re] constantly concerned with your body, always thinking you’re not lean enough and worrying you won’t be ready [for competition] in time.”

Chancellor motivated herself by following bodybuilders and bodybuilding inspiration accounts on Instagram. She said that she also uses social media to scope out the women she may be up against during a competition.

“Even outside of competing, girls constantly compare themselves to one another. Being put in a competition like this one, that constant judgement only becomes stronger,” Chancellor said.

Despite the competitive nature of the sport, Chancellor said the communities around bodybuilding are typically positive. Dayn-Ryan said she specifically uses her Instagram to motivate and encourage others, and Barnett said she has made most of her friends through bodybuilding.

The sport is subjective, and [it’s] easy to find judgment and insecurities spurring contention between people, but I have seen it so few times it still surprises me,” Barnett said. “The support I have always felt from my fellow competitors is amazing.” 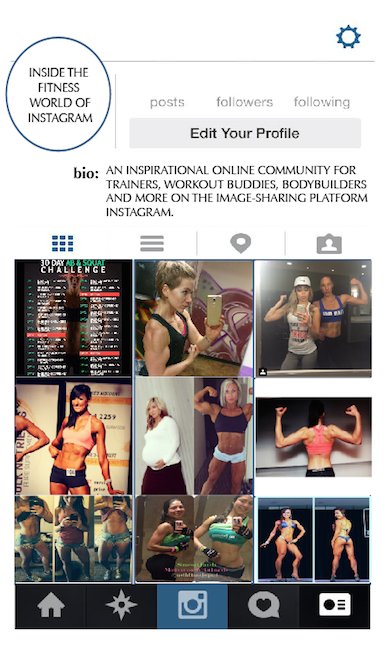 Some bodybuilders use the sport’s lifestyle to combat negative body image. Houston native Lauren Hinkel began bodybuilding at 18 years old, when she was 218 pounds and struggling with low self-esteem and a history of self-mutilation.

“The biggest motivation I would say, for me at least, is to share my story and motivate other young girls who were in my position,” Hinkel said. “I want to show other girls that they can take control and learn to love themselves like I did.”

By redefining her physique through the rigorous dieting and training of bodybuilding, Hinkel said she redefined her own self-image. 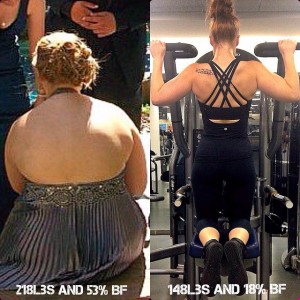 “Competitions are fine and dandy, but the real bodybuilding is what happens when the fake tan is gone, the bikini and heels are put away, and it’s just you and the gym and the kitchen,” Hinkel said. “There are highs and lows and lots of times of doubt, but seeing it as a lifestyle helps me keep pushing when I feel that I’ve hit a plateau.”

Although these women have found support in the bodybuilding community, Dayn-Ryan said one of the main issues female bodybuilders face is being misunderstood by those outside of their world.

“The downfall of the bodybuilding community can be the negative comments from those that don’t put themselves through what we do and have little to no understanding that not everyone is on ‘roids,’ that not all muscular women look ‘like men’ and that results don’t happen overnight,” Dayn-Ryan said. “Regardless of the positive or negative feedback, end of the day I say, ‘Train, eat right and exercise for you… not for social media.’”

“Every woman who competes and gets onstage is proving it is most important to be confident and secure in your own body,” she said. “I can receive any mean email now, because for every one mean email I have three amazing women supporting me in-person. I am so blessed to support all these female competitors right back.”