The Old Rye and The She

Convinced the alcohol industry is a man’s world? Think again. Women have been slowly taking over this profession since the early 1980s.

Whether it’s bartending or brewing, women of all ages seem to be drawn to the mixology movement, which has turned drink mixing and brewing into a truly innovative craft. Although the restaurant industry in the United States is dominated by males, women seem to shine in the closely related bartending profession. However according to the Bureau of Labor Statistics, female brewers are much harder to come by making up only one percent of the trade. 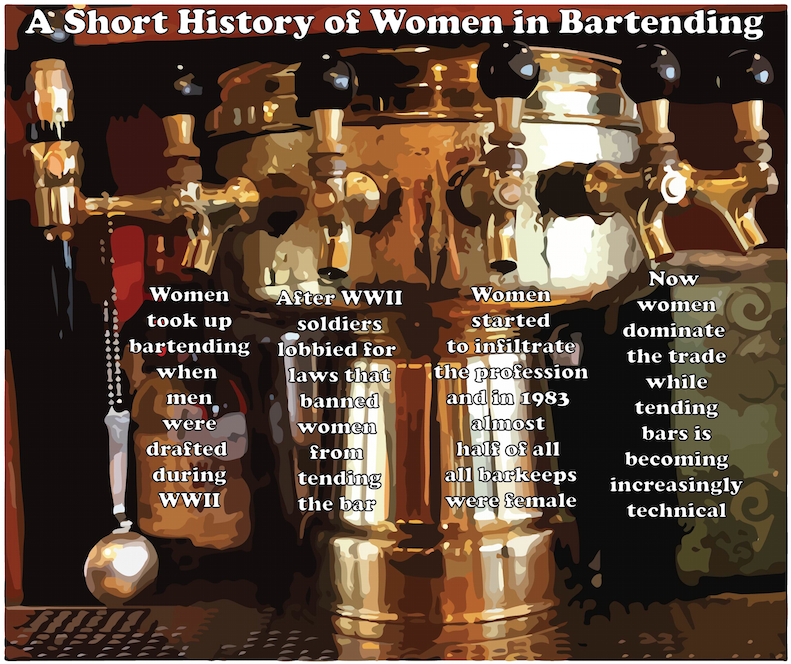 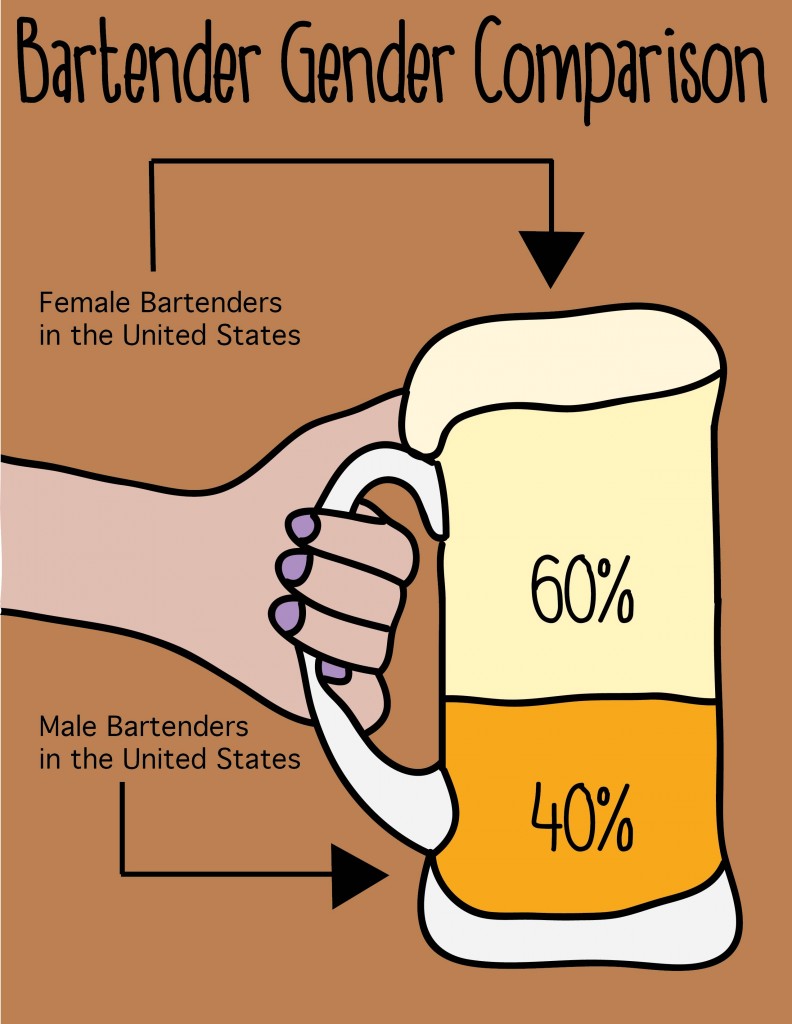 Austin is home to countless bars, pubs and breweries. Many of these establishments are either owned or operated by women with a passion for serving up the most unique beverages they can compose.

Click the names in the photo captions below to see how these local women view their industry. 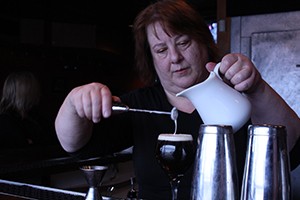 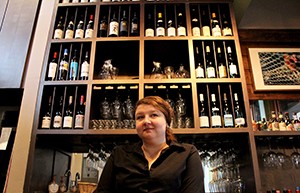 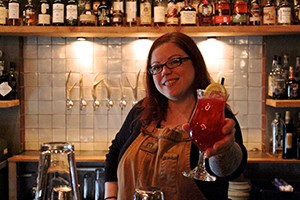 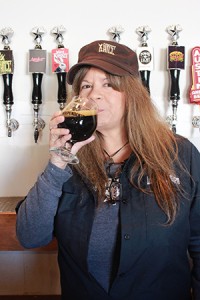 Pam Pritchard, owner and bartender of Tigress, a craft cocktail pub, associates her job with hospitality, something she believes women are known for.

“It goes back for ages, [women] are the ones that welcome people in,” Pritchard said.
And she believes the desire for hospitality has really brought more women into the business.

“Not that men aren’t hospitable… but there is a general perception, if it is a woman, [she] is going to be more nurturing,” Pritchard said.

Pritchard also believes women actually see this as a career now, rather than a part-time job.

“It’s not cocktail waitressing; it’s more involved,” Pritchard said. “So, I think that would be attractive to me, to know I actually have to learn skills.”

Pritchard grew up in Santa Barbara, Calif. She attended Cal Poly San Luis Opiso and graduated with a microbiology degree. Pritchard started her career as a medical technologist, which took her to hospitals, clinics and a biotech company.

But Pritchard was ready for a something different.

“I had already done everything there was to do in that career,” Pritchard said.

“I was really intrigued by different liquors’ distillations,” Pritchard said.

The live music scene attracted Pritchard to Austin, and with her mom’s inheritance, she saw a good window of opportunity.

“It’s taking back those classic cocktail recipes and bringing in flavors,” Pritchard said. “Better tasting and better drinking. Things had gotten pretty raw in terms [of] going somewhere and expectations really low on how delicious it would be.”

Pritchard credits David Allen, from Tipsy Texan, for her knowledge on spirits. Allen started a class in the community teaching about spirits, including techniques and recipes for drinks.

“So many bartenders that are shining stars in the community today took that first class,” Pritchard said.

However, Pritchard brought some of her own knowledge into the industry as well.

“I have been mixing and measuring things forever,” Pritchard said. “It’s very much like chemistry, only you get to taste it.”

Pritchard admits owning her own bar brings different challenges every day, but she would not want it any other way.

“If it wasn’t a challenge, I would probably be bored and move on by now,” Pritchard said. 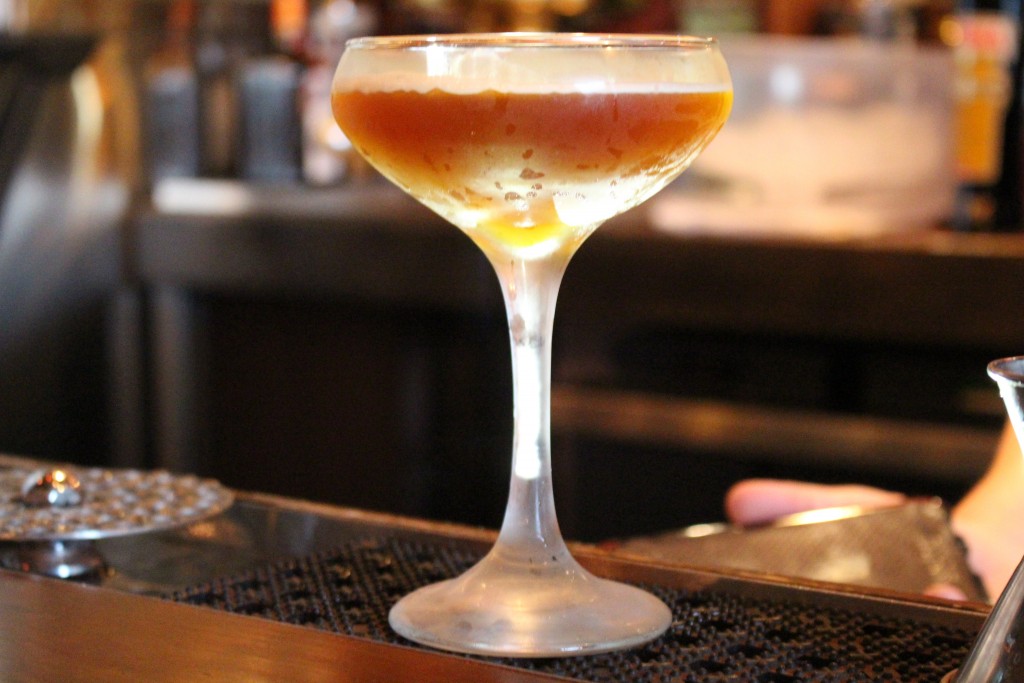 Lucy Taube loves her job as the cocktail manager at Café Josie in Austin, Texas, but sometimes the fact that she is a woman gets in the way of opportunities for her to interact with customers. In recent years Taube has noticed an increase in the number of women working behind the bar, but that has not changed the way that people approach her- if they approach her at all.

“I feel like people, a lot of the times, [would] gravitate towards the guy behind the bar when I was there as well,” Taube said.

In the past she has been in positions of power above the men working in her bar. During those times, however, customers would still unknowingly talk to the men behind the counter instead of her.

Taube thinks the mindset of assuming men are bartenders is caused by the bartending industry’s historical background. According to Taube, women were not allowed into many bars until the late seventies.

Taube is thankful that things are no longer that way, and she is happy to know that the number of women in bartending jobs is rather high. Taube says the increased professionalism of the bartending industry and its emphasis on craftsmanship has made the career path more appealing to women.

“I think it’s changed because it’s become more of a skills based industry as opposed to the stereotype of women behind the bar and showing their cleavage,” Taube said.

Taube attributes much of her success to the women at the beginning of her career who inspired her to be a better bartender. She hopes to inspire younger generations of bartenders to continue the tradition of creating delicious drinks. 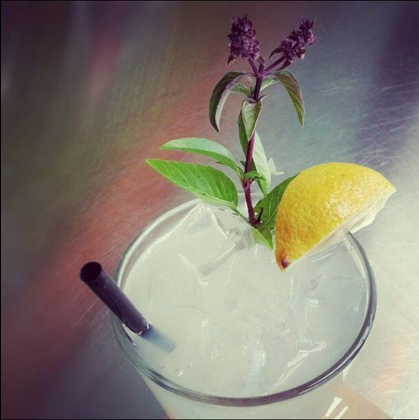 With her vibrant smile and welcoming charm commanding the bar, it comes as no surprise that Jenn Keyser is a veteran in the bartending industry. She learned from an early age with her father who has owned restaurants her whole life up to this day. Yet the cocktail connoisseur started out with humble beginnings waiting tables in a retirement home. After working her way up with years of hard work and mentoring connections, Keyser found herself immersed in the craft cocktail industry.

Keyser said mixology is far more in depth and involved than she ever imagined. Yet she said the hours she has spent creating and perfecting each drink is appreciated by her loyal customers. Beyond the gratification she receives from serving her unique creations to others, she also enjoys the camaraderie at events like cocktail competitions.

However, she notices an inequality amongst her fellow mixologists at these competitions designed for speed and innovativeness. While she said they are usually male dominated, she recently felt relief at a female cocktail competition sponsoring breast cancer.

“It’s nice to get together with a bunch of women and celebrate this kind of boys’ club and eachothers accomplishments,” Keyser said. “Generally you’ll see across the board, in cocktail competitions, it’s 80 to 20 percent men to women. So there’s just not a lot of women who are at that level yet.”

Keyser said she thinks women bartenders are already up and coming. She also said she plans to see more female bar managers like herself in the near future. There’s room for improvement at events like cocktail competitions where she said there is a chance for mentoring and growth.

“Those people are more willing to give new women a chance to learn the craft and open a door for all women that are coming after us to feel comfortable and get involved in those professions,” Keyser said. “There’s definitely going to be an evening out of the numbers.”

Just as she had to work her way up from the bottom waiting tables, Keyser is optimistic for women’s growth in the industry. In the meantime, the bar manager will continue to share her trade with fellow female bartenders and customers by inventing yet another new beverage, her form of self-expression.

Root Down – Named After A Beastie Boy Song 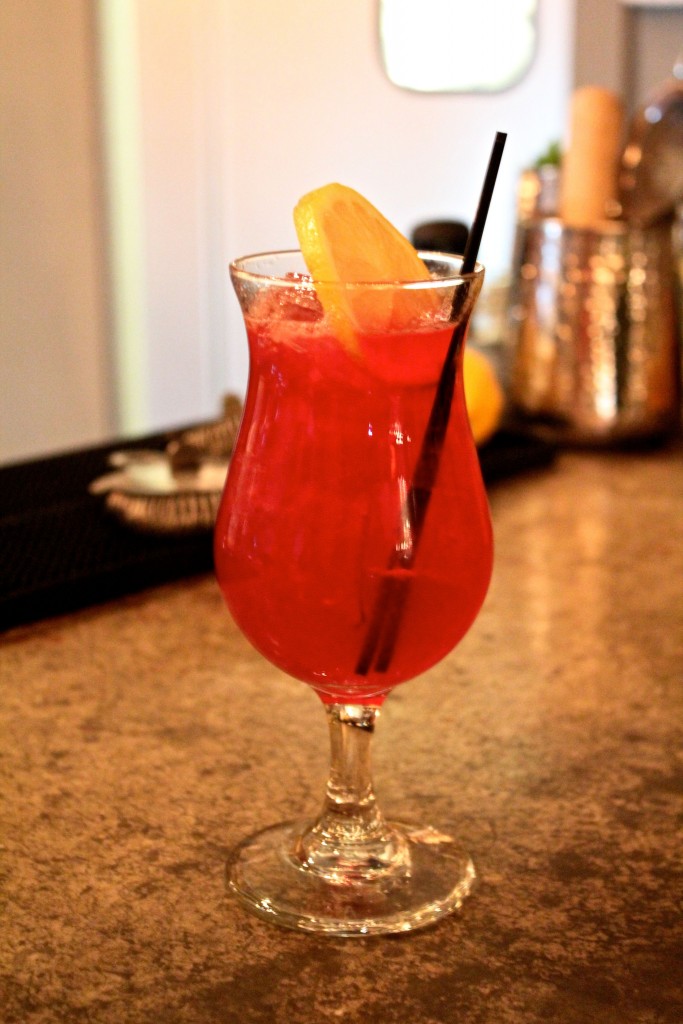 Debbie Cerda has only been working at Independence Brewing for about a month, but she’s known its owners, Amy and Rob Cartwright since 2002, when they met at the Texas Craft Brewers’ Festival, which they were organizing. Their relationship continued into the next few years, Debbie became event coordinator at the festival and even helped with the grand opening of Independence Brewing in 2004.

Amy turned an idea she and Rob had in 2001 into a brewing enterprise whose popularity endures in Austin today, and she did it without having reservations about entering a world that was typically male dominated.

“I do see that she’s treated a little differently because she’s a female, and people don’t realize who she is, they don’t know the value [of what she’s done],” Cerda said, adding that Amy’s work with Independence Brewing has pushed the craft beer industry in Austin forward.

Amy worked tirelessly to get Independence, well, independent. She hit the ground running and didn’t look back. While her husband, Rob, worked in brewing and packaging one of the things she was in charge of was delivery, which she did even while pregnant with her daughter.

“I’ve always appreciated the sense of community that this brewery brings to Austin,” Cerda said. “Seeing how they’ve been able to raise two daughters… and still keep this business going is amazing. To be able to balance taking care of your children… and yet still running a thriving, respectful business is just amazing to me.”

This work-life balance, however, only made Independence a stronger business. The definition of working parents, Amy and Rob juggle the busy schedules that come with a business as successful as Independence with the busy lives that come from having children under 8 years old.

That being said, there’s still a disparity for women in this type of industry because it is very male dominated. Even in organizations like the Pink Boot Society, an organization of female craft beer professionals, there is a belief that women in craft beer are still treated differently, as many believe it’s still a man’s world.