Words by Garrett Callahan, Video By Jewel Sharp, and Photos By Skyler Wendler 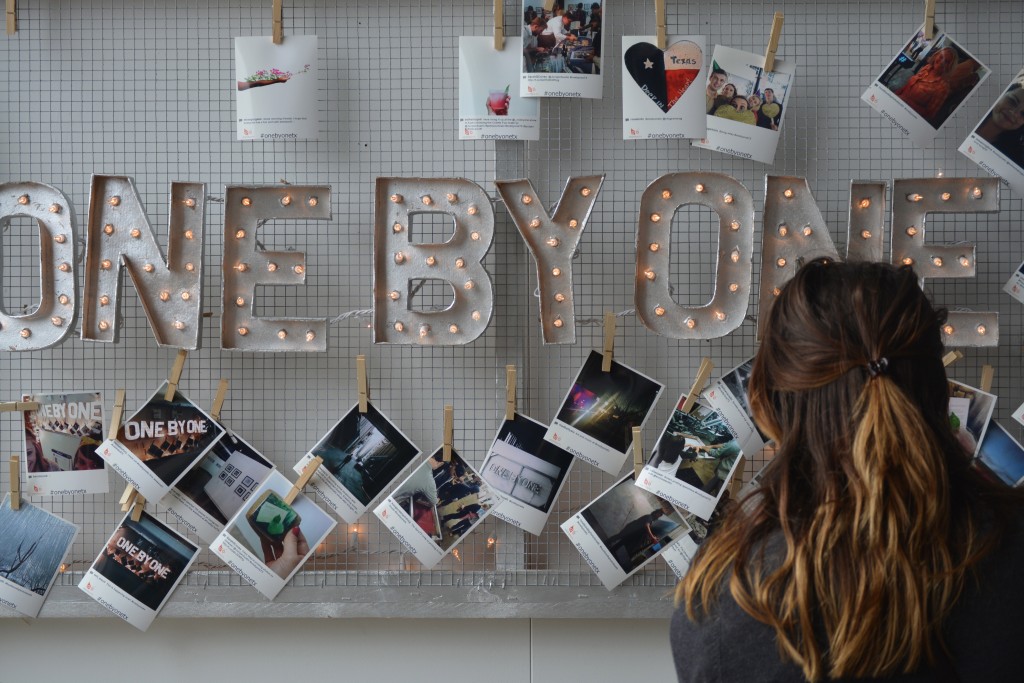 A festival goer checks out the Instagram wall at the One By One Art Show in Austin, Tx on Saturday, Feb. 21st, 2015. Photos by Skyler Wendler

AUSTIN, Texas- Last spring, grabbing a tennis racket, a few balls and her phone, Lauren Marek planned to spend an afternoon at a few local tennis courts with her sister in her native Bellville.

But after just a few lackluster games of tennis, Marek’s attention turned to where it usually is– photography. With her sister leaning over the net, reaching for a ball, Marek took out her iPhone and snapped a picture.

Fast-forward almost a year and that same picture, after being posted on Instagram, found its way to a local and international art festival, One by One Texas, representing a much larger trend of mobile photography and social media. 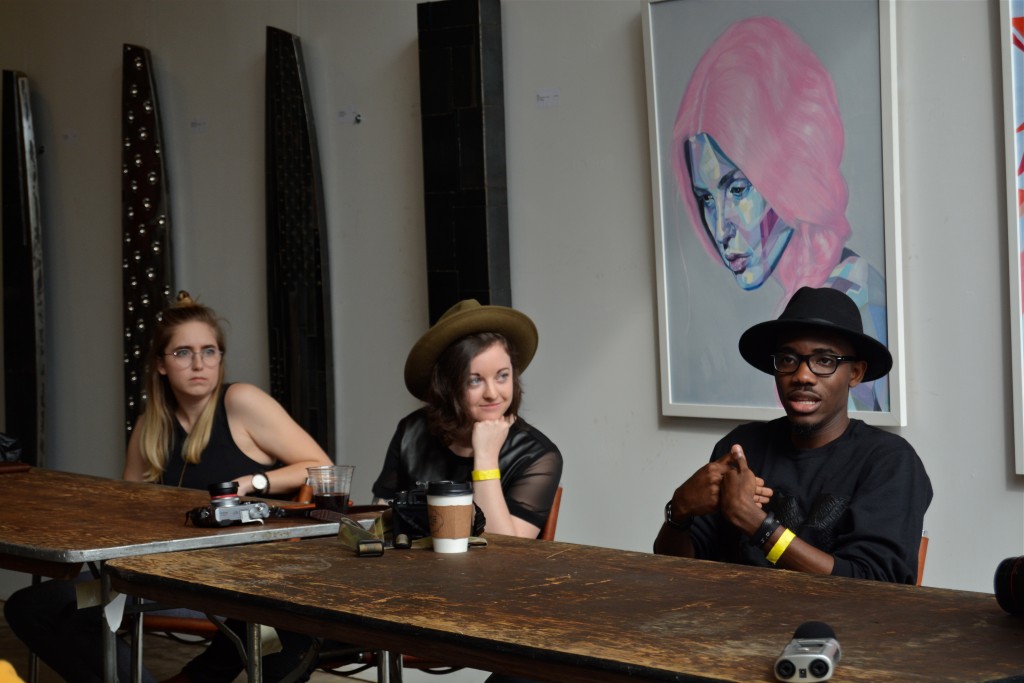 Showcased photographers Lauren Marek, Carra Sykes and Temi Coker discuss the inspiration behind their work during the One By One Artist Panel on Saturday, Feb. 21st, 2015 in Austin.

“The reason for One By One is because I wanted to show the world the beautiful things you can create with just a phone,” Jeyson Paez, the founder of One By One, said.

Since the most recent iPhones and smart phones have been released, mobile photography has been on the rise. Instead of using larger, more advanced equipment, artists and photographers have started a trend towards using mobile devices to capture moments.

In turn, these photos have made their way onto more social media platforms, most specifically Instagram, a mobile photo and video app that was launched in 2010. 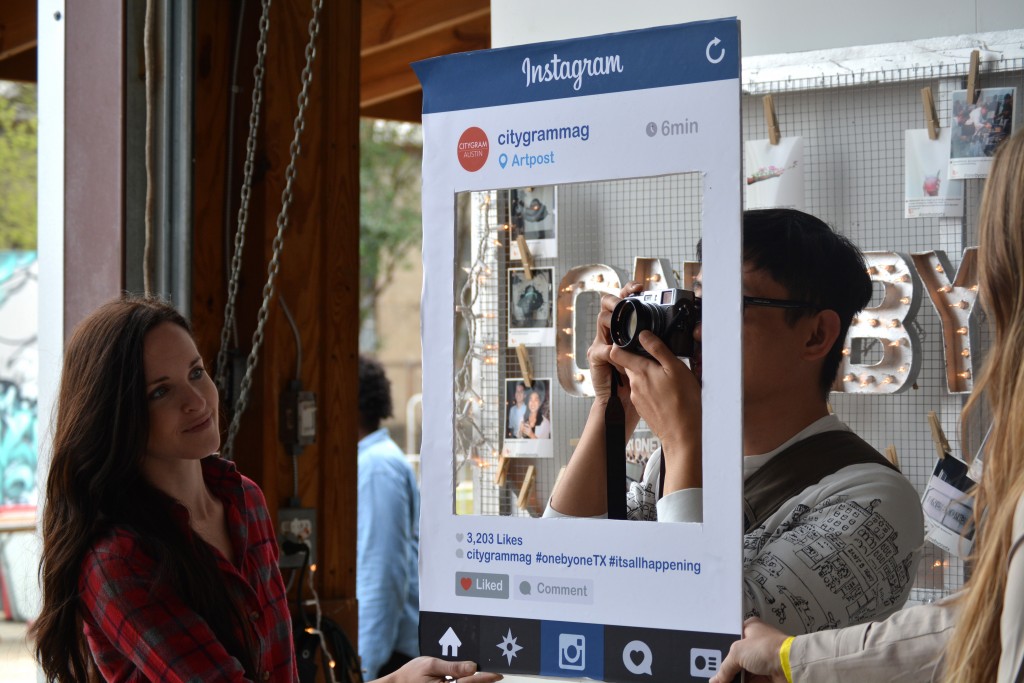 One By One goers explore and take photos at Artpost Austin, a local gallery space where the festival was held from Feb. 20th- 22nd, 2015.

The movement rises from the convenience and ability of using smaller devices. Since most people carry their phone on them at all times, artists can snap a picture whenever they need and instantaneously post it on social media.

“Using Instagram for my photography has become a new opportunity to meet random people, and to also go up to people in the street and being like, ‘Hey, I like you. Can i take your photo?’ and hopefully having a nice interaction with them,” exclaims Carra Sykes, a photographer whose Instagram photo was chosen to be in the One By One gallery.

One by One Texas, which was held from Feb. 20-22 in downtown Austin, focused on this rising effort. The festival is a statewide art show featuring mobile photography from artists ranging from Texas to Asia. Currently in its third year, the festival, which started in Dallas, focuses on showcasing artists that try and capture specific moments to them using just their phones.

One By One TX Instagram Festival from Jewel Sharp on Vimeo.

The show consists of 100 photos, all from Instagram, that highlight some of the apps’ most known figures. Fifty of the artists were chosen from across the United States while 40 are international. The last 10 pieces were chosen from a selection of photos turned in from other local artists. 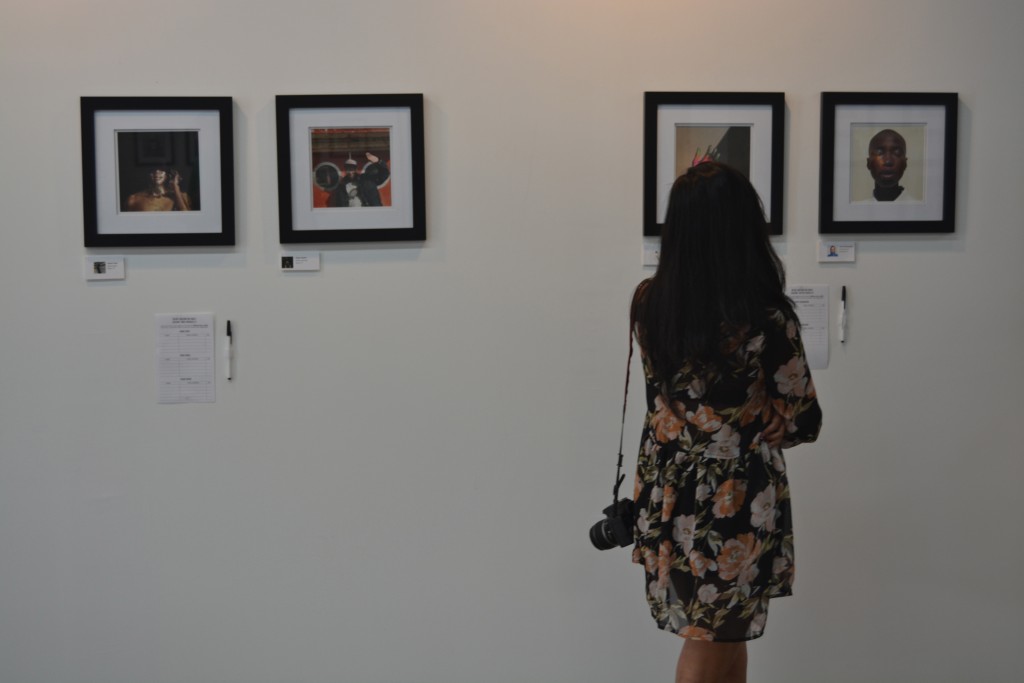 Free to the public, the One By One Art Gallery featured 100 Instagram photos taken by 100 different photographers with only their mobile phones. Feb. 21st, 2015. Austin, Tx.

“We submitted three photos, and they chose one and it was a surprise when I got here to see which one they chose,” Lauren Marek, a local photographer explained. “It’s exciting for all the people who submitted photos to see them and for everyone else who got to see [the photos] for the first time.”

Most mobile photographers use the phone’s basic camera features to take photos then download other, more advanced apps to edit. These apps vary from VSCO Cam to Litely or even Instagram itself.

This simple process of mobile photography allows new and inexperienced photographers to create their own content and have a wide range of ability without the purchase of traditional photo equipment.

“I think starting out, a lot of professional photographers are weary of using iphones because they think it’s not fancy enough or it’s not high-quality enough,” Lauren Marek said of how photographers used to view Instagram photography. “But slowly people who shot professionally have been using iPhones and the quality has gone up so much that really it’s almost at the same level.” 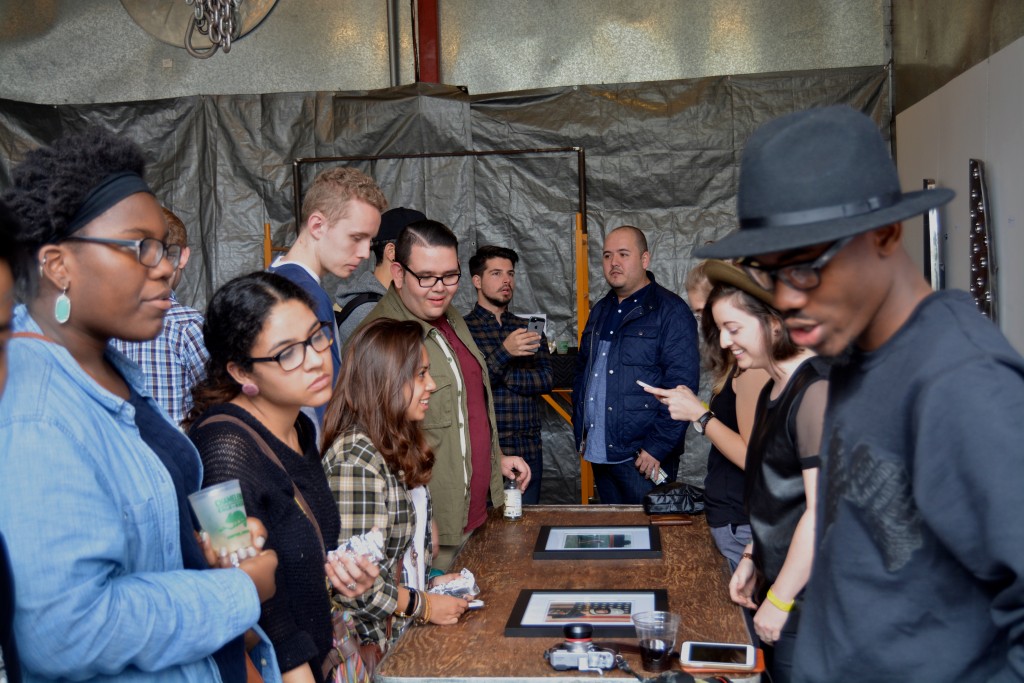 One By One Festival goers meet and greet with featured Instagram photographers during the artist panel on Saturday, Feb.21st, 2015 at Artpost Austin.

In turn, their names and works have become well known through the photography and Instagram communities, allowing them to gain more work opportunities or create new business ideas.