Two-steppin’, a rainbow of lights, and plenty of jolly conversation filled the Palm Doors of Sixth Street on Feb. 22. The nonprofit Austin Pets Alive! and its supporters gathered to celebrate Austin’s fourth year as a no-kill city, preventing healthy animals from getting euthanized. Cats struck a pose for pictures and dogs pranced around the venue while the humans cheered in their honor. It was an evening dedicated to acknowledging the hard work that has been put into saving animal lives – and ensuring its continuation.

“We are celebrating our fourth year straight of being the largest no-kill city in the country,” said APA! Marketing Manager Rebecca Reid. “Since the community makes that possible, we feel they should be part of that celebration.”

No-kill means 90 percent or more of the animals that enter the shelter system are saved. In 2010, Austin’s city council approved the no-kill implementation plan and in less than a year, Austin reached the 90 percent goal. Austin is currently the largest no-kill city in the United States, according to the APA! website.

This achievement is a community wide effort. Adoption, fostering, volunteers and donations are key components to the success of no-kill. Reid said that it is necessary for the organization to appeal to the community to keep them involved. 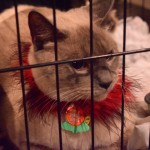 People could visit a cat photo booth as Austin Pets Alive! celebrated the City of Austin’s fourth year of being No-Kill on Sunday. Photo by: Natalia Fonseca 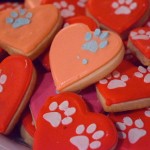 Even the food celebrated this big accomplishment with tiny, sweet details. Photo by: Natalia Fonseca 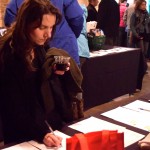 Laura Colgin signs up for the Silent Auction. She came with a friend to support the community and to keep dogs from getting euthanized. Photo by: Natalia Fonseca 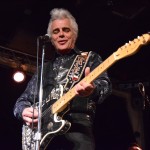 Dale Watson cheered up the party. It was an evening of celebration and thanksgiving to the community and the council members who made No-Kill possible. Photo by: Natalia Fonseca 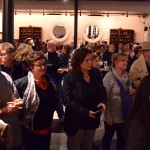 The crowd was treated with tunes by DJ Topper James and two-stepped to Dale Watson. Photo by: Natalia Fonseca 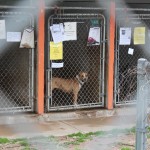 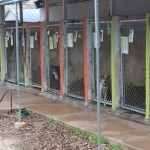 APA! saves 92% of the dogs. Photo by: Corynn Wilson 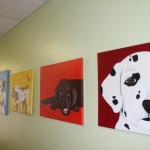 APA! is dedicated to the preservation and well-being of homeless pets. They are strong defenders of the No-Kill policy. Photo by: Corynn Wilson

“No-kill is not a destination, no-kill is a journey,” Reid said. “If the community does not maintain that sense of urgency around every life that we need to save every day, then we won’t be no-kill forever.”

Prior to no-kill, the shelter would euthanize for space. Even healthy, adoptable animals were put down. Now, Austin not only reaches the 90 percent goal for no-kill status – they exceed it. In January 2015, Austin Animal Center, the city’s municipal shelter, saved 95 percent of its animals. However, when more animals come into the shelter than leave, the shelter reaches overcapacity.

Austin Animal Shelter takes in all strays and owner surrendered animals in the Austin and Travis county area regardless of their capacity. The City of Austin’s Public Information Officer, Patricia Fraga said that overcapacity is an “ongoing challenge.”

The shelter partners with more than 100 rescues – animal organizations that aid the no-kill efforts – in the area, such as APA! and Austin Humane Society. These rescues take animals out of the municipal shelter and help find homes for the homeless pets within their own network. But when capacity crises emerge, the shelters will resort to waiving adoption fees or promote two-for-one deals. Fraga said that they try to give an incentive for the community to bring the animals into their homes. 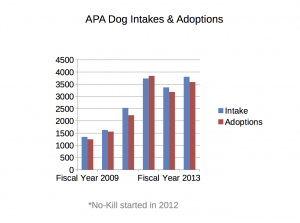 To keep up with no-kill, funds are needed for extra food for longer stays and veterinary services for animals that arrive sick or injured.

“There’s a price tag that comes with no-kill, for sure,” Fraga said. “[But] it creates a more livable quality of life, for not only the homeless pets, but for the entire city as a whole. I think if the community cares about their animals, it’s just a better place to live.”

And for those community members that do care, they want their voices heard.

The Animal Advisory Commission advises the council on all animal related issues in the city. They hear concerns from the public and address issues that are going on in shelters. Eight members of the community spoke at a commission meeting to share their concerns about the timely walking of the larger dogs housed at Austin Animal Center on January 14.

The community members said that a large number of the dogs go more than 24 hours without leaving their kennel. Some of the house-trained dogs get urinary tract infections from holding in their urine for too long. Other dogs may go “kennel crazy,” meaning a shift in personality caused by an excessive amount of time caged.

One of the speakers, Austin Animal Center volunteer Will McKinney, said in an interview with KVUE, it’s a shame that the largest no-kill city in the United States has its animals sitting in kennels for 24 to 48 hours at a time.

“I don’t think the burden should be put on volunteers, I believe volunteers are there to supplement,” he said.

McKinney said that volunteers are solely relied on to walk the dogs and they are unable to keep up with the numbers. Volunteers said they feel there needs to be funding allocated to the dog walking program to require staff to walk the dogs twice a day, according to the Facebook page A Call to Action: Austin Shelter Dogs Need Your Help. The page reaches out to the public to raise awareness and to get the community involved, whether it is by writing to the city council or coming out to the shelter to volunteer.

“We know there are some flaws with [the program] but as we get more animals and as we grow, we are kind of having to make adjustments to those things,” Spain said.

The shelter has approximately six hundred volunteers total, but only about four hundred are active participants. Spain said that with more volunteers, the shelter is able to do more for the community, especially with an influx of animals in the shelter.

Animal Advisory Commissions board member, Meghan Wells, said the dog walking issue will not be solved immediately, but she does see progress being made.

One suggestion to fix the dog walking issue is RuffTail Runners, a running organization that is partnered with APA!. The organization trains their members to run or walk with high-energy dogs from APA! at Lady Bird Lake trails. Co-executive director, Rob Hill, said they have seen improvements in the dogs – they are happier and healthier. Austin’s no-kill status has only made their mission more meaningful.

“We do feel a heightened responsibility to do our part to help keep that cycle moving.” he said. “We help the dogs, they get adopted, APA! gets to pull more dogs that are at-risk.”

However, because Austin Animal Center is city-run and not a private nonprofit, there are issues with bringing the RuffTail Runners to the shelter. The runners will have to go through the registration process for volunteers, including filling out an application and getting a background check. If they do not register as volunteers, their opportunities are limited.

“The city is its own beast and has its own requirements and regulations for most things, and it’s for good reasons, like public safety and risk management,” Wells said.

In the mean time, community members, the city and staff at Austin Animal Center are producing more ideas and brainstorming possible changes in hopes of reaching a solution.

“It is frustrating to some people to know that we are not getting to where we want to be overnight, but things take time,” she said. “The no-kill plan takes time.”

Wells said she imagines the Austin community will always be involved in the no-kill status and is glad that they are not content and are pushing for improvement for the city. With Austin consistently listed as one of the most pet-friendly places, according to the Austin American Statesman, being the largest no-kill city in the nation has left its mark.