Improv on the Rise at UT

(Austin, Texas) – It’s a Friday night on the UT campus, and a group of students are huddled up together outside a class auditorium. With an audience already building up inside, the group heads to the front of the room. They are ready to perform and entertain.

They look at each other before announcing the show has started. They have no scripts or any idea of what they will do next. This is UT’s growing improv scene, which has developed over the past 12 years in a city that has become a live comedy stronghold.
Known for being the “live music capital of the world,” Austin is also home to a thriving comedy scene. Venues such as Esther’s Follies, the Hideout Theatre, the Capitol City Comedy Club, Coldtowne Theater, the New Movement and the Velveeta Room hold shows and classes every week.

The UT campus is also home to two student troupes: Gigglepants and SNAFU.

While the groups both perform on Friday nights, they specialize in different types of improv – Gigglepants does short form and SNAFU does long form. 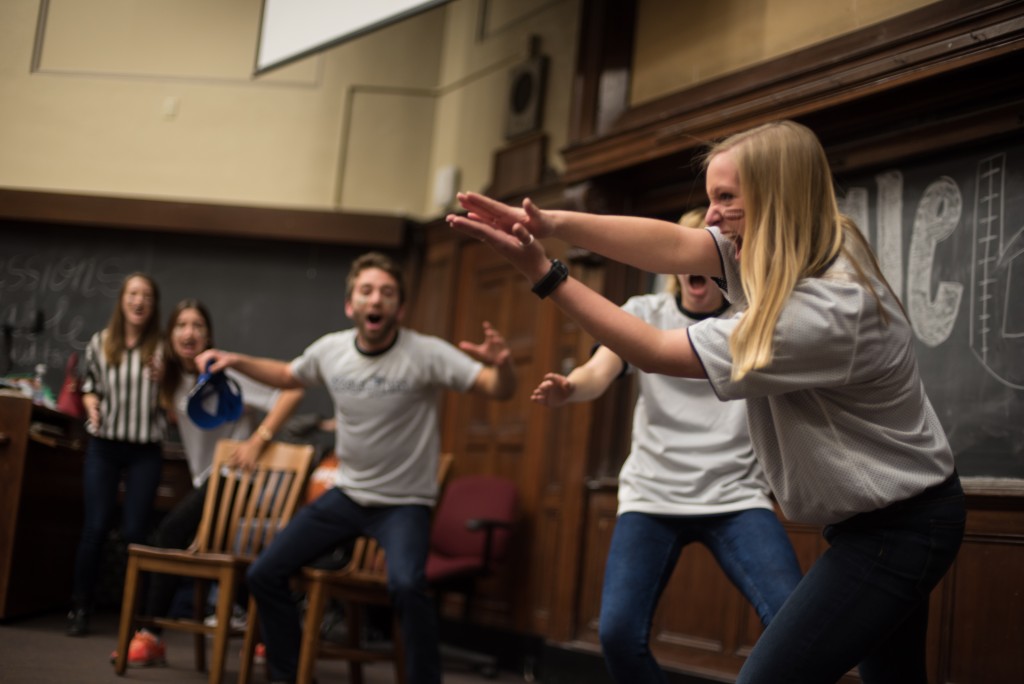 Taylor Wingfield shocks the audience and Gigglepants team by taking a skit to a surprising turn.
Photo by Becca Gamache

Short form is made up of a series of games in which a referee outlines the rules and chooses a winner.

“Short form improv is very digestible for an audience to just come in and laugh at,” says Gigglepants member Jon Cozart, who is also known for his popular YouTube channel.“Kids who grew up watching ‘Whose Line Is It Anyway’ – that’s perfect for what we do.”

Long form is more open and broad. Starting with a suggestion from the audience, the group develops an improv scenario that builds as it happens.

“In long form, what you’re trying to do is find the game in the scene,” says Daniel Abramson, SNAFU member and radio-television-film senior. “You’re given a blank canvas.”

Words By Garrett Callahan, Video By Jewel Sharp, and Photos By Skyler Wendler 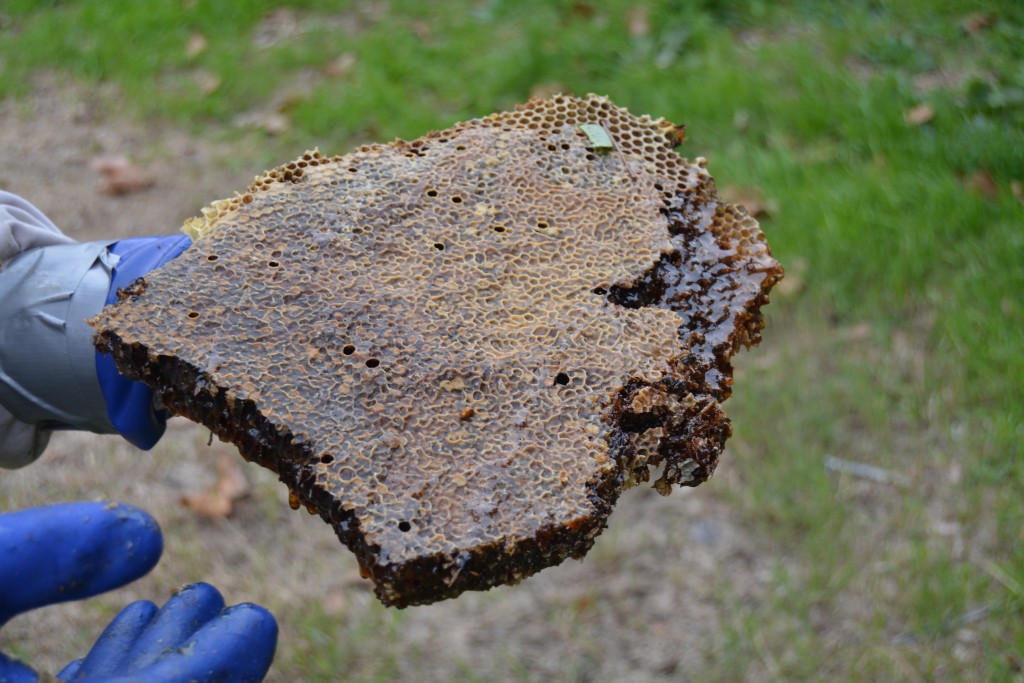 (Austin, Texas) – The steady hum of buzzing honeybees fills the stagnant afternoon air. A slight breeze rustles through the enclosed pontoon boat hull, where the bees have established their home. The owner of the boat decided to take an animal-friendly alternative to insect extermination.

Suffering with a bee issue for more than a year, Jason Ewing found a solution to his problem in no other place than his company newsletter.

Earlier this year, the Wheatsville Co-Op, a community-owned food cooperative in Austin where Ewing is a package supervisor, started carrying honey from the Central Texas Bee Rescue (CTBR), which led him to the safe extraction of his backyard bee hive.

“I definitely didn’t want to hurt the bees or poison them in any way,” Ewing said. “I don’t know all the details about it, but I do know there are some issues with the bees these days. I figured having a right way to remove bees was really cool, so I gave them a call and here we are.”

The CTBR, a subsection of the American Honeybee Protection Agency, works to provide an extermination alternative for landowners dealing with beehives on their property. Instead of killing the bees, CTBR finds second homes for them in order to revitalize their wildlife and produce honey that is later sold to grocery stores, such as Wheatsville. 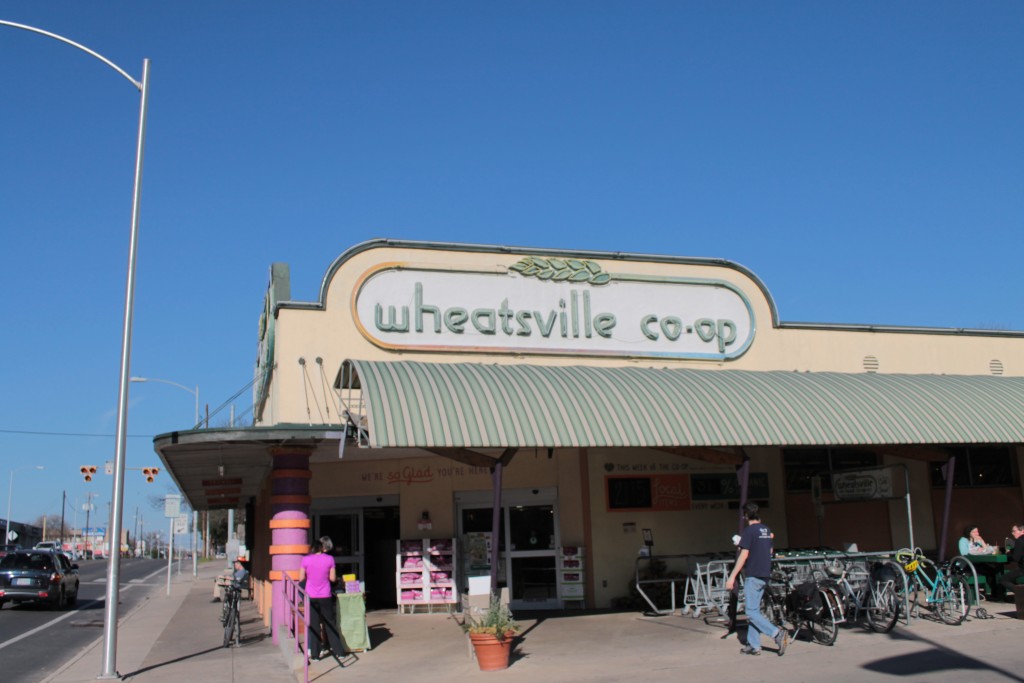 The bee population, which is responsible for over $15 million in increased crop value each year, has dramatically declined in recent decades. Since the 1940s, the number of managed bee colonies has fallen from 5 million to about 2.5 million, according to the U.S. Department of Agriculture.

That is the reason CTBR was created.

Walter Schumacher, known as “the Bee Czar” founded the American Honeybee Protection Agency in 2006 after getting the idea from his former job. Schumacher, who used to be a chef at the now-closed Alice’s Restaurant in Austin, heard a customer talking about the idea and quickly went into the business. While his partner, “Hippie Dave” quit just days into the business, Schumacher has stayed on since.

“I have a nine year old son,” said Gypsy, one of the workers that extracted Ewing’s hive. “I would not like to think that one day he has to read about the honeybee or tell his kids about the honeybee because we didn’t take care of them.” 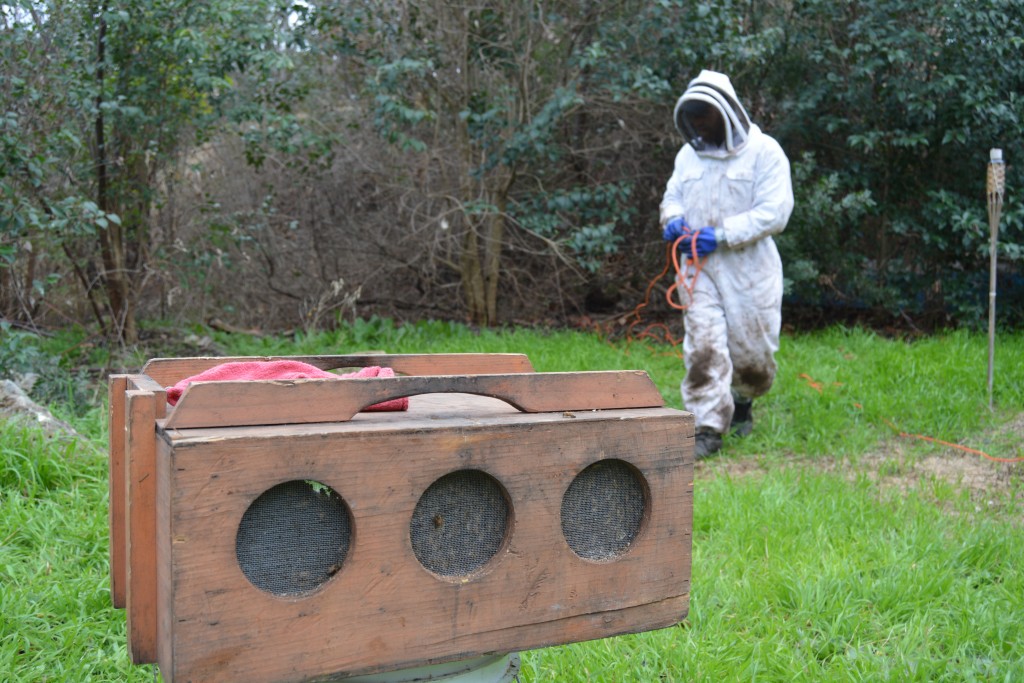 The extraction process is simple.

One or two workers from the  CTBR dress in head-to-toe  bee suits. Once they locate  the beehive, a smoker sits  nearby to stop the  communication between the  queen and worker bees. Next,  they package the  honeycombs in wood boxes  while vacuuming the bees  into the makeshift hive,  where they stay until they get  to their next property.

Any left over honeycomb is put into buckets to take to the bees’ next home or given to the landowners as a fresh souvenir.

“[The process] is exciting, you never know what you are going to get,” said Gypsy, who has been working with CTBR for over a year. “You never know where they are at, how many there are, if they are Africanized, if you’re going to have to double suit. It’s always exciting.” 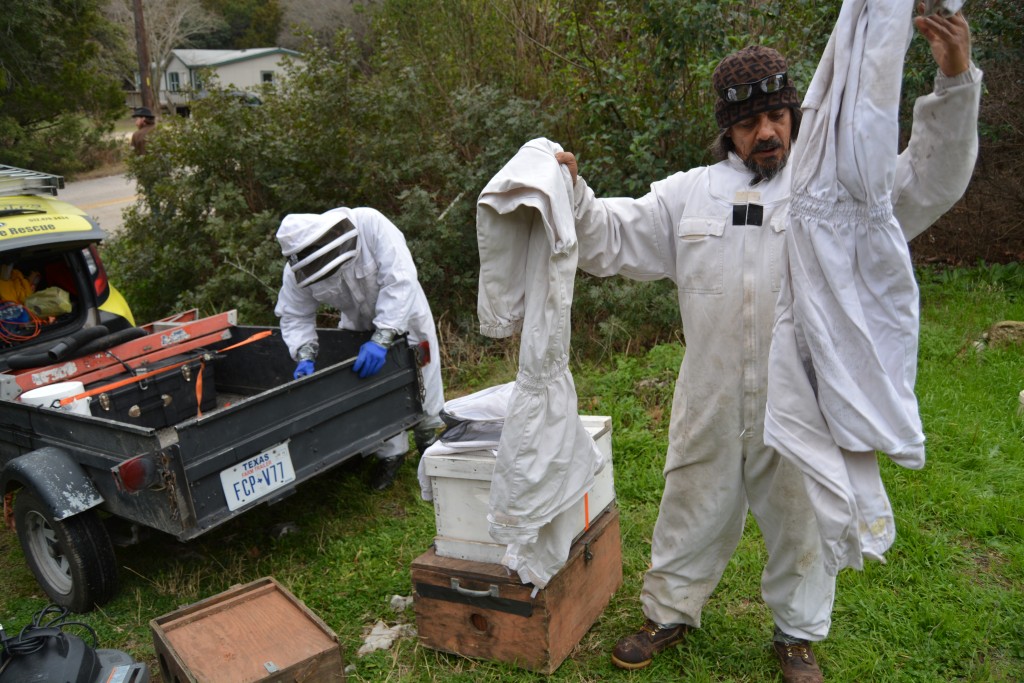 The properties where the bees are taken vary depending on availability and space. CTBR reaches out to any potential landowners willing to create a honey co-op or use their property as a “bee haven.”

One acre of land allows the availability to hold eight beehives, but landowners with over 25 acres can home more than 1.5 million bees. These larger bee properties, known as honey co-ops, can produce up to 1,000 pounds of honey a year and its sales are split between the property owner and CTBR.

The organization has even put hives on top of the W Hotel and The Circuit of the Americas Racetrack in Austin.

Since CTBR is a non-profit organization, it works on a donation basis only. The suggested donation for each extraction is $125, but free services are available for low-income families. 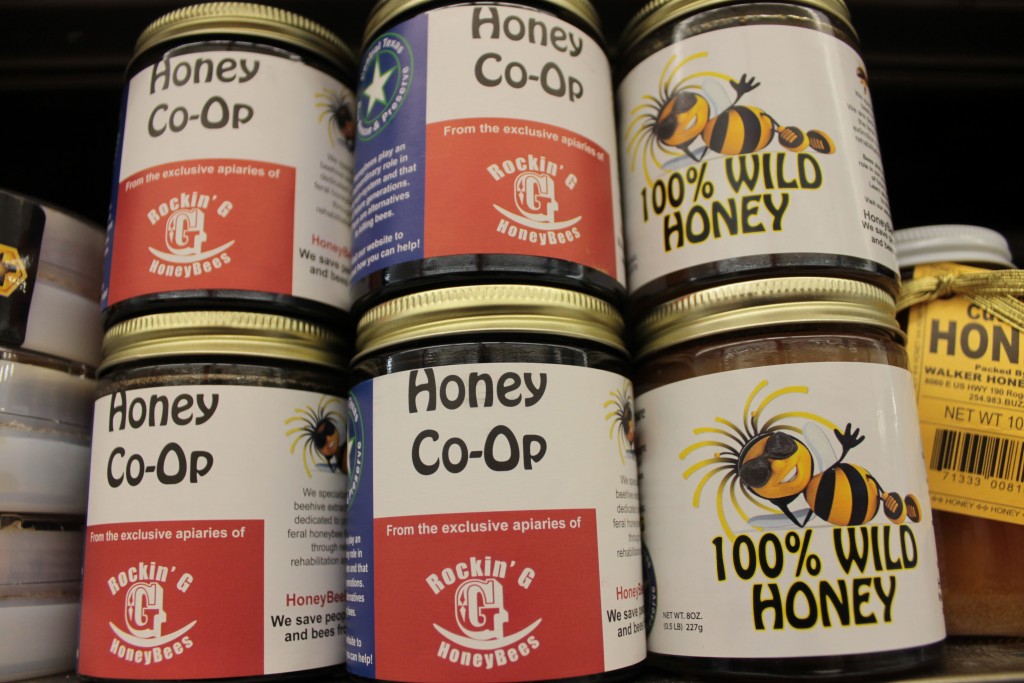 In the end, the bees’ honey will most likely find its way to a grocery store or restaurant, where more people, like Ewing, can find out about the CTBR mission and the future of endangered honeybees.

“The honeybee is the insect responsible for pollinating over one-third of our world’s food supply,” the CTBR’s mission states. “Thus, efforts are needed to protect them on every level.” 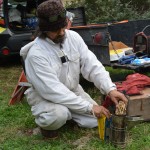 Gypsy, a bee removal expert with CTBR fills a smoker with paper to disrupt the colony’s defensive response to the removal. 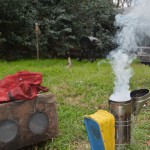 Smoke rises into the air before the bee extraction. 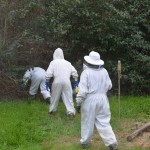 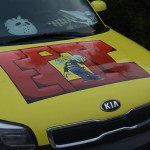 Gypsy can be seen driving the CTBR epic yellow Kia. 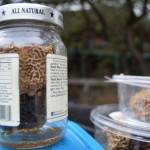 Minutes after the removal, Ewing is given fresh honeycomb from the hive on his property. 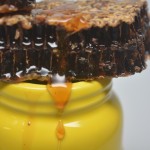 Fresh honey drips down a comb taken from the hive on Ewing’s property.