The House of the Rising Sun

In America, “energy” is most often associated with terms like “oil” and “fossil.” UT’s solar decathlon team wants to change that distinction.

The team, made up of University students partnered with students from German university Technische Universität München, has spent the last two years designing a solar-powered home called “Nexushaus.” The project will be a part of the U.S. Department of Energy’s Solar Decathlon competition, which promotes the application and use of solar technologies in buildings. Although currently a model, the team plans to marry solar power with water-saving and food-producing technology to create a self-sustaining home that is both eco-friendly and stylish, which they will build in Austin and ship to Irvine, California for the October competition.

Upshaw, a fifth-year graduate student who is also the team’s solar engineer, became involved with the project through the University’s architectural engineering department. He said his Ph.D. research into integrated buildings and water systems attracted him to Nexushaus when the DOE approved the project application last March. 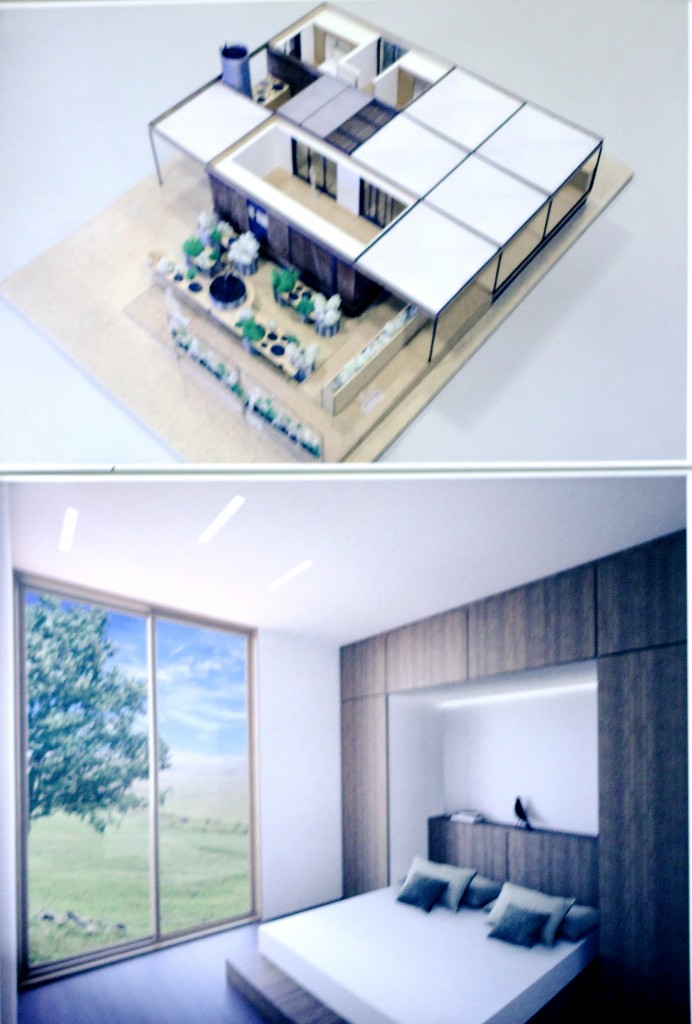 The design mock up shows the recyclable and reusable materials the team plans to use for the home.

“Back then it was called the Energy Water Nexus Unit,” Upshaw said. “[It] is in line with my research, and so I got involved.”

Upshaw said the house takes a holistic approach to energy issues by including water-saving technology and food production as well as solar energy into the plans.

“Agriculture is [a large] consumer of water, and it is a big consumer of electricity and natural resources, but it is typically not talked about the same way as energy and water,” Upshaw said. “We are trying to tie all of this together and address them all at once.”

The home, which includes two 400-square-foot modules connected by a central corridor, will be zero net energy, which Upshaw said means it would produce as much or more electricity it consumes over a single year. The home also hosts cisterns on the roof to collect rainwater, which is then treated and used for domestic tasks, such as shower, laundry and wastewater. Once used, Upshaw said that water becomes gray water, which is then used to produce the unit’s food.

“We are not allowed by law to use gray water inside the house,” Upshaw said. “So what we will be doing with the gray water is producing food… In addition, we’ll have an aquaponics system, [which] is a symbiotic system where fish fertilize the plants and the plants clean the water.” 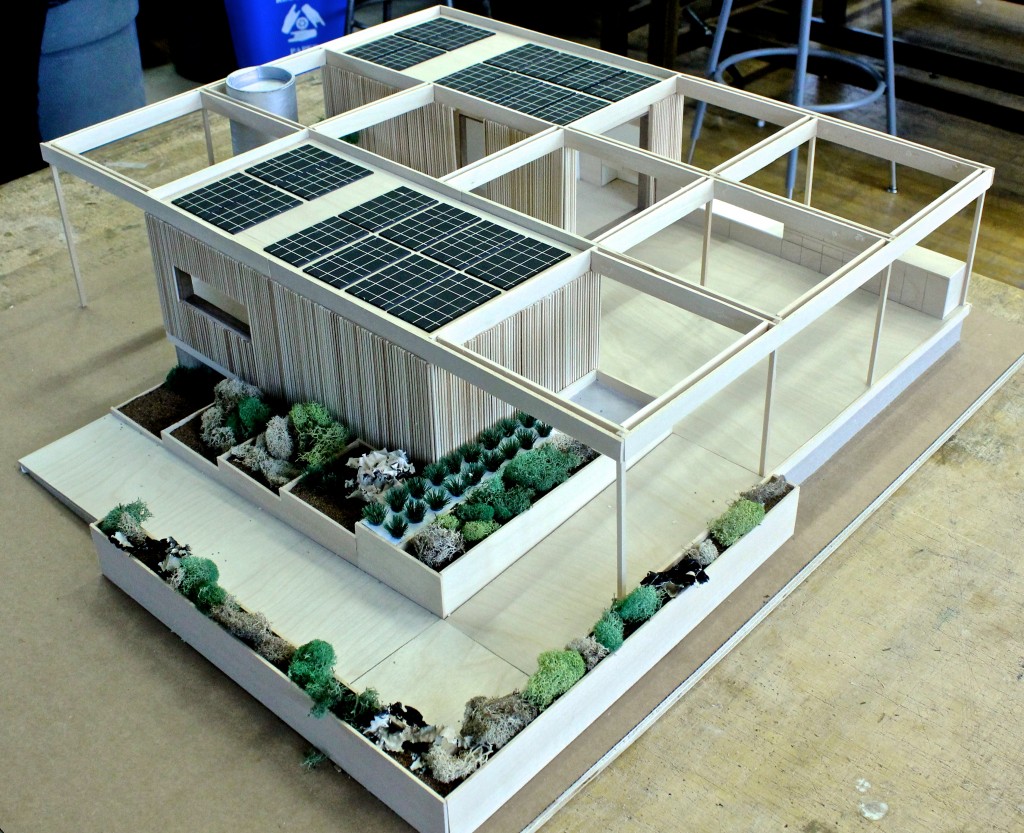 The model of the house shows the solar panels and sustainable food areas.

“[The project] marries my work in architecture [and] my undergraduate degree in mathematics,” McKeman said. “When I [applied] to graduate schools, I chose UT because they were putting this team together to enter the competition.”

McKeman said besides working with engineers to get the correct building permits and having the project be completely student-led, a problem faced by the team is the partnership with German university Technische Universität München, or TUM.

“We had deep connections with professors at TUM, so the design went from Austin to Munich back to Austin, back to Munich,” McKeman said. “It has been a really collaborative and productive partnership with them at every step, but at the same time we work 6,000 miles and 6-7 hours apart…and we have language barriers and differences to maneuver and negotiate.”

“[Here] all of our projects are mostly single person-based,” Hightswaggle said, “so actually working with a team and [coordinating] with vendors and students from TUM…makes you realize how crucial everyone is in the project and how much their impact will impact the final design. We’ve made some close relationships not only with the people in the studio but with our vendors and people who are willing to donate [to the project] as well.’”

Hightswaggle, who is a part of designing the home’s interior, said the team is in the process of picking out reusable or recycled material for the home’s construction, which Upshaw said will begin next month.

“[We’re] looking at materials that have less of an impact to the environment and could be reused in the future,” Hightswaggle said.

Upshaw said the energy problems the team is looking to solve are universal issues.

“There is a lot of overlap [in] energy and water scarcity issues [in the U.S.], and they are facing…similar issues around the world,” Upshaw said. “We are trying to get beyond the energy efficiency and water efficiency and get to the bigger picture of things.”