Apr. 09 Food and Culture Comments Off 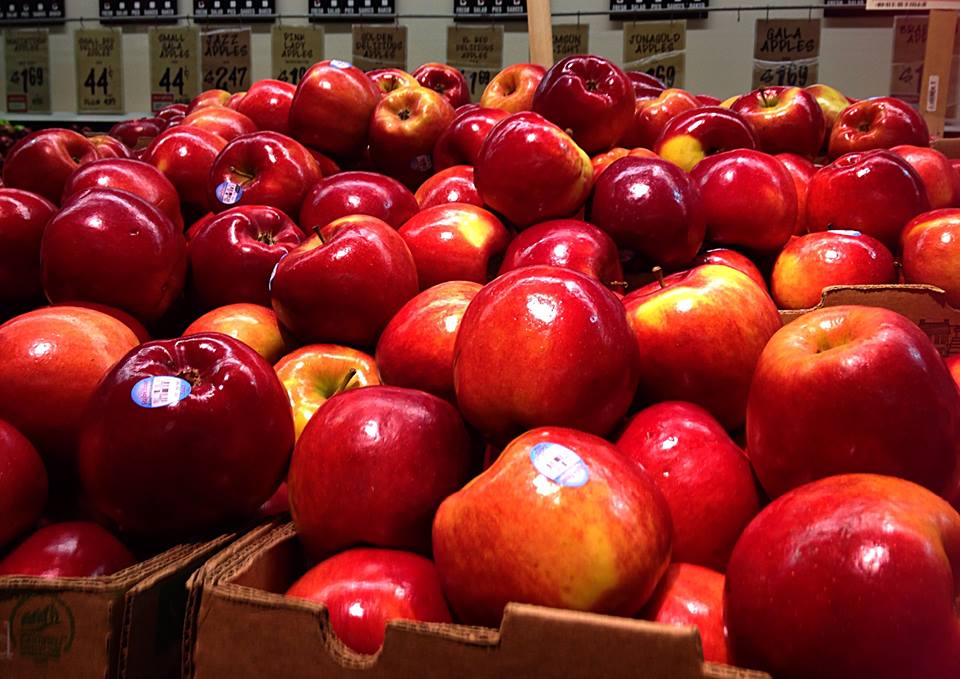 One serving of fruit equals 15 grams of carb. A small apple, a cup of berries, or half a banana equals one serving. Photo by: Natalia Fonseca 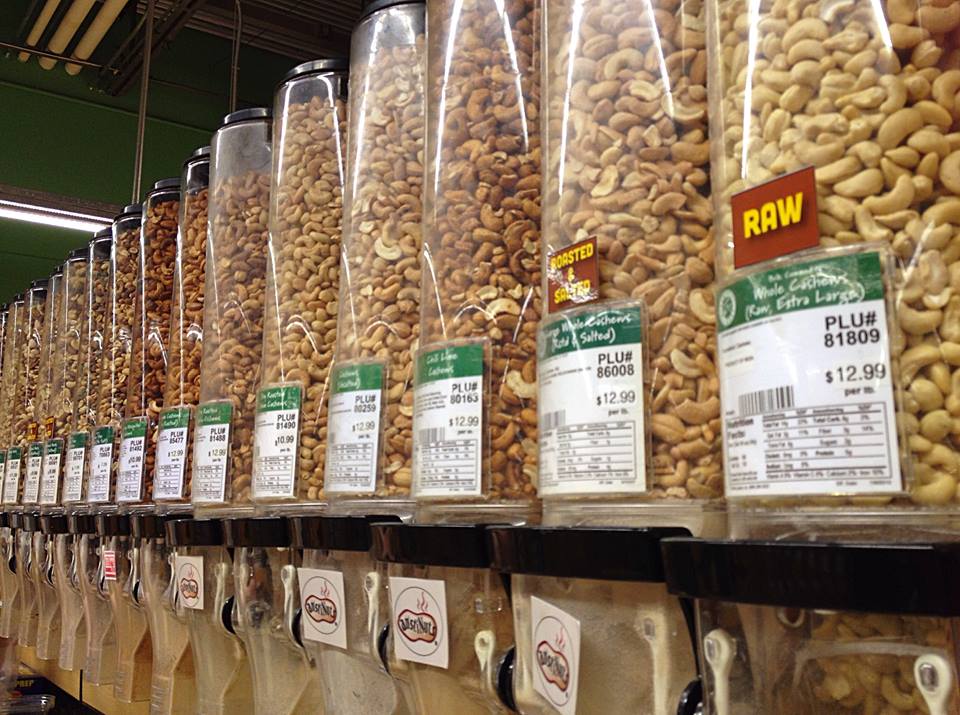 Nuts provide healthy fats, carbs, and protein. They are a perfect and delicious snack. Photo by: Natalia Fonseca 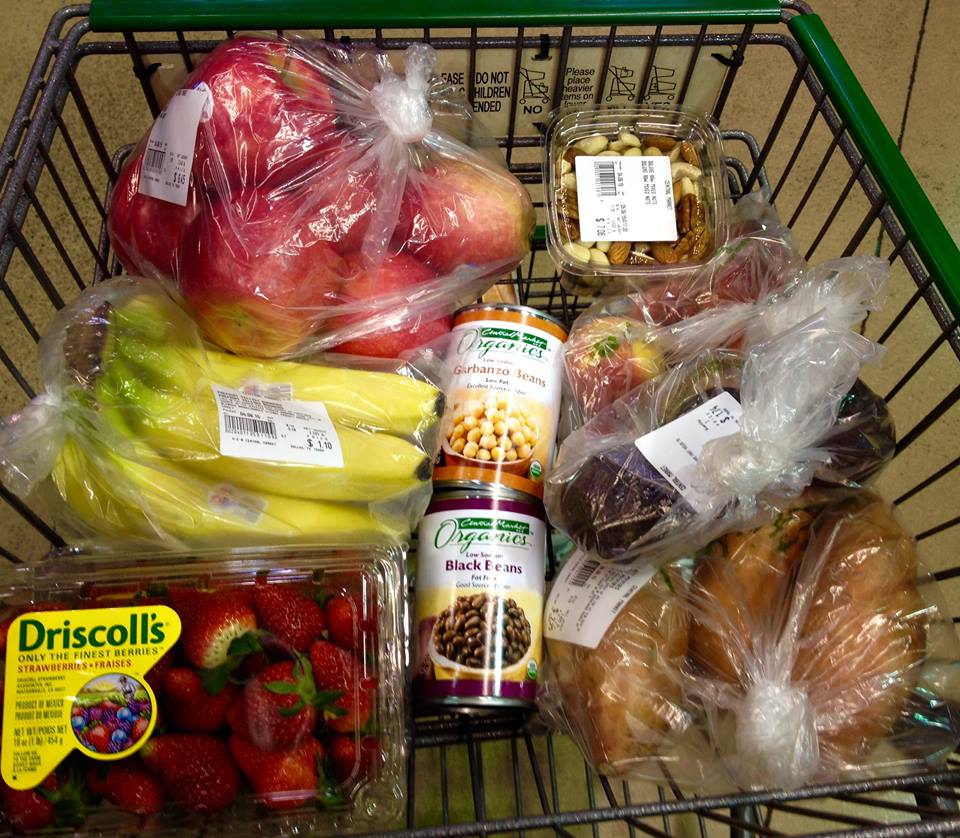 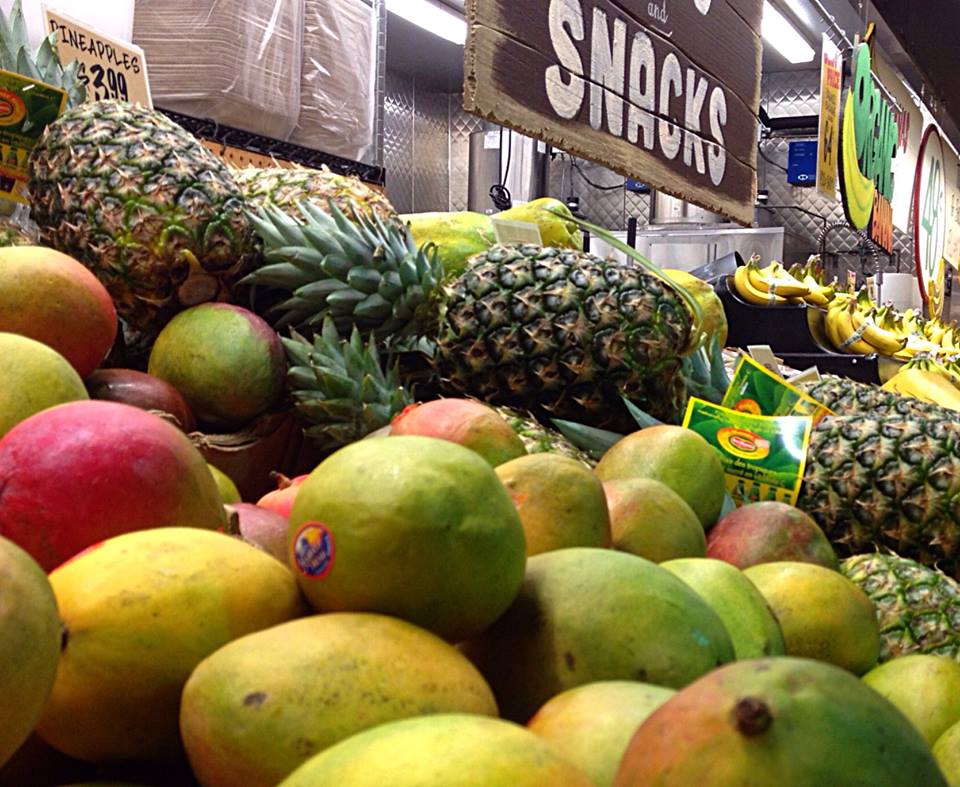 Fruits and veggies daily servings depend on a persons age, sex, and activity level. Make sure to eat the rainbow and exercise 5 to 6 times a week at least 30 minutes. Photo by: Natalia Fonseca 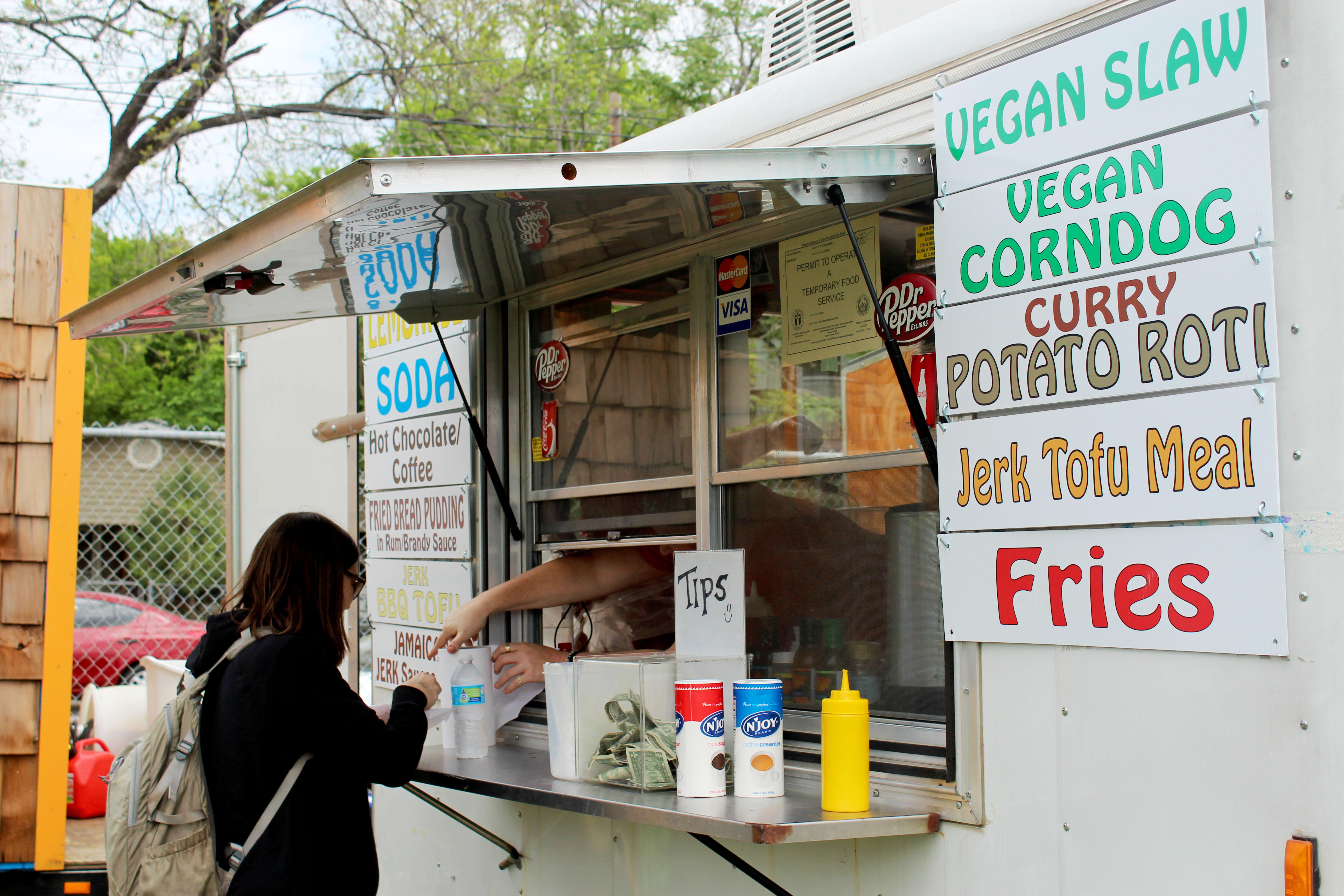 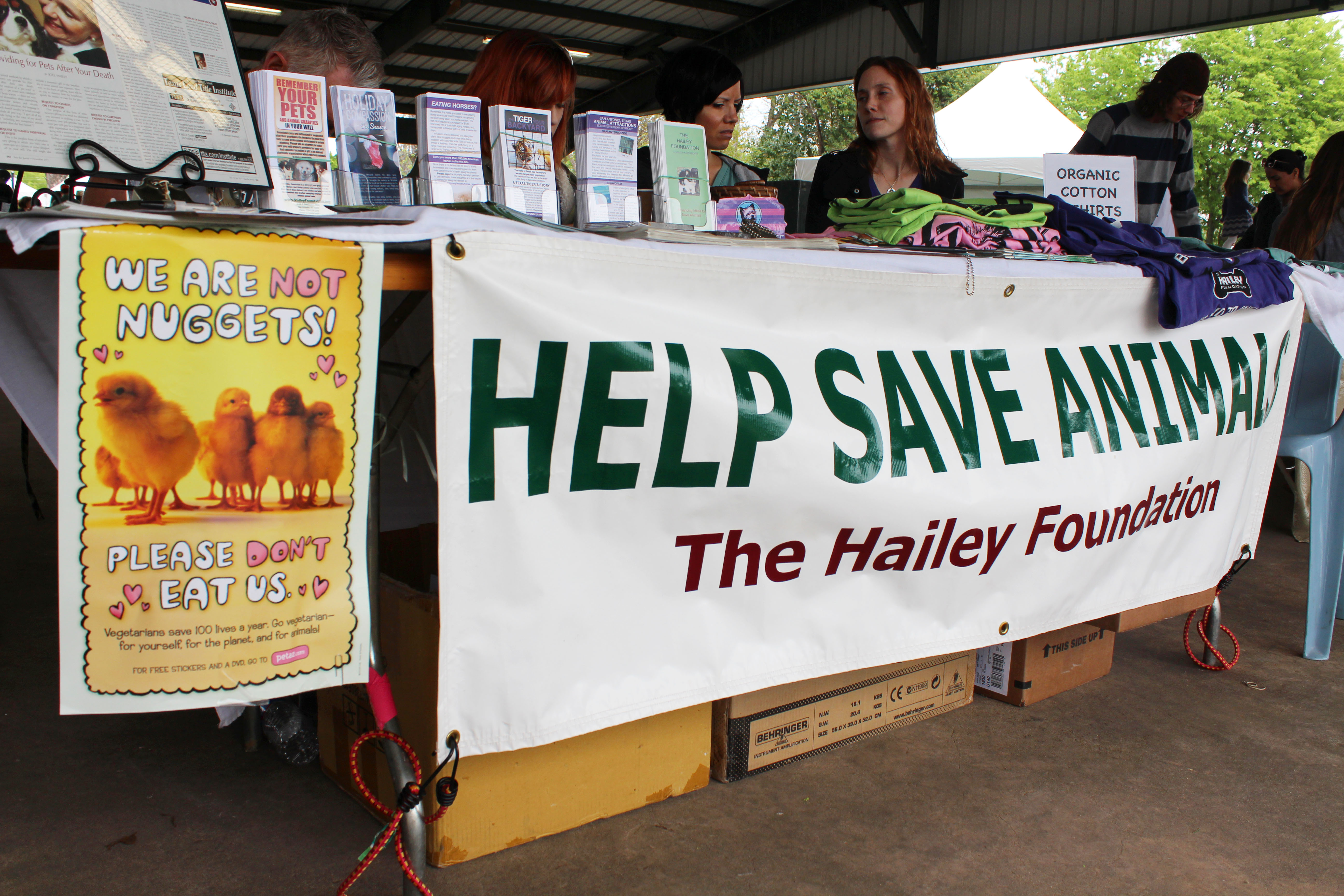 Texas Veg Foundation also promotes the animal welfare benefits of a plant-based diet. In turn, many animal organizations tabled at the event, such as the Haley Foundation, an educational and activist organization catered toward the well-being of animals. Photo By: Brittanie Burke 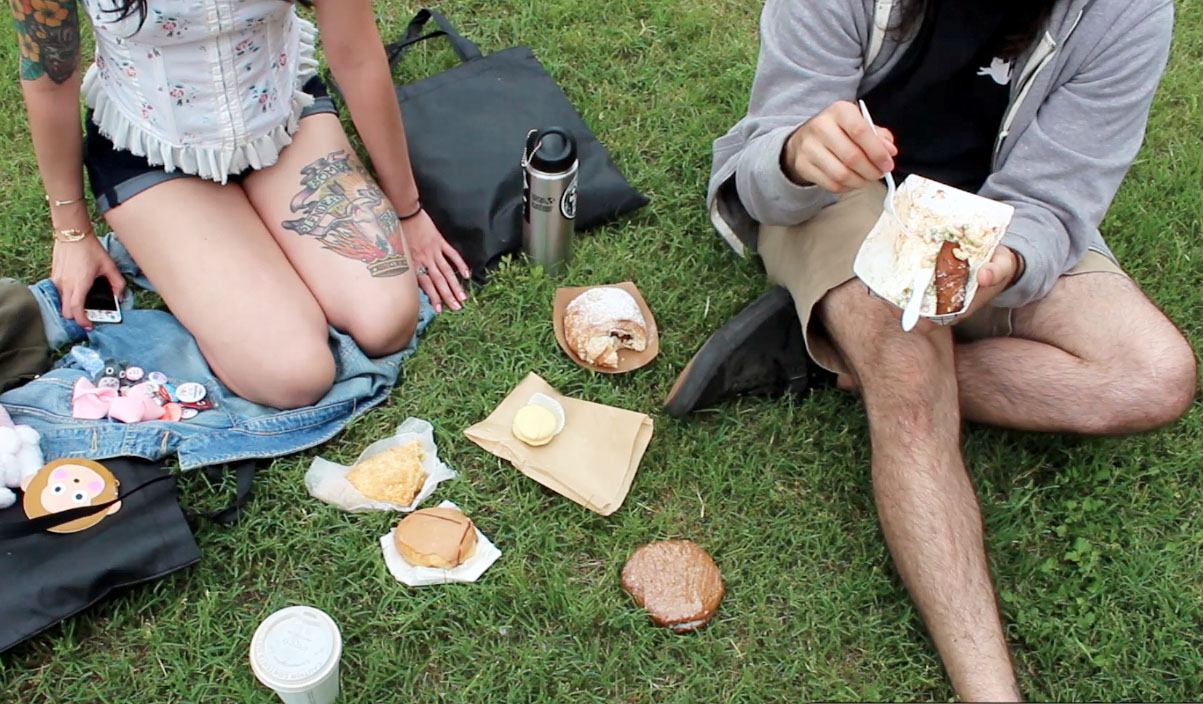 Festival attendees sat down and had a picnic with the plant-based food bought at the festival. Photo By: Brittanie Burke 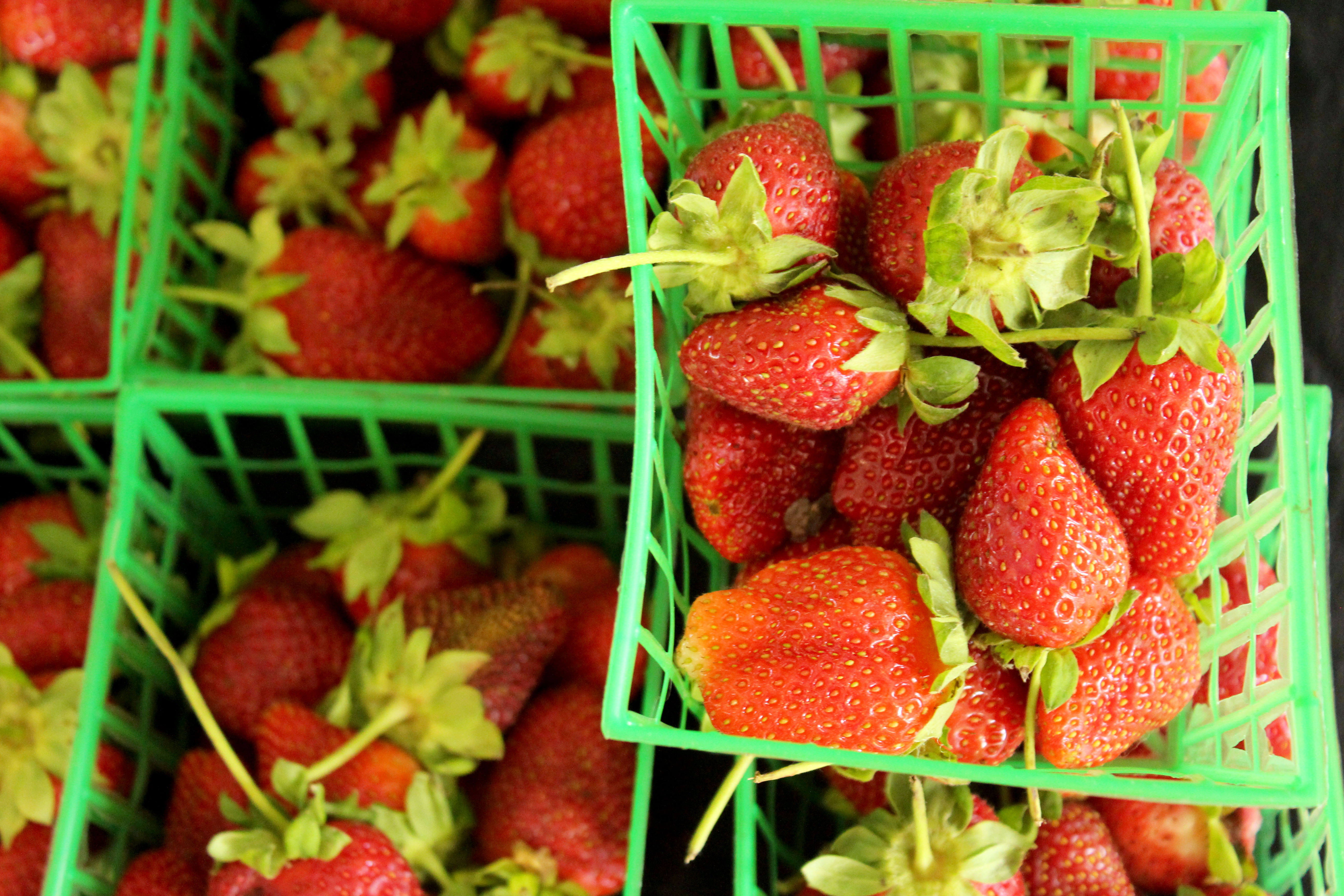 Strawberries and other fruits and vegetables from Johnson’s Backyard Garden were available at the festival. This organic farm is located in East Austin. Photo By: Selina Bonilla 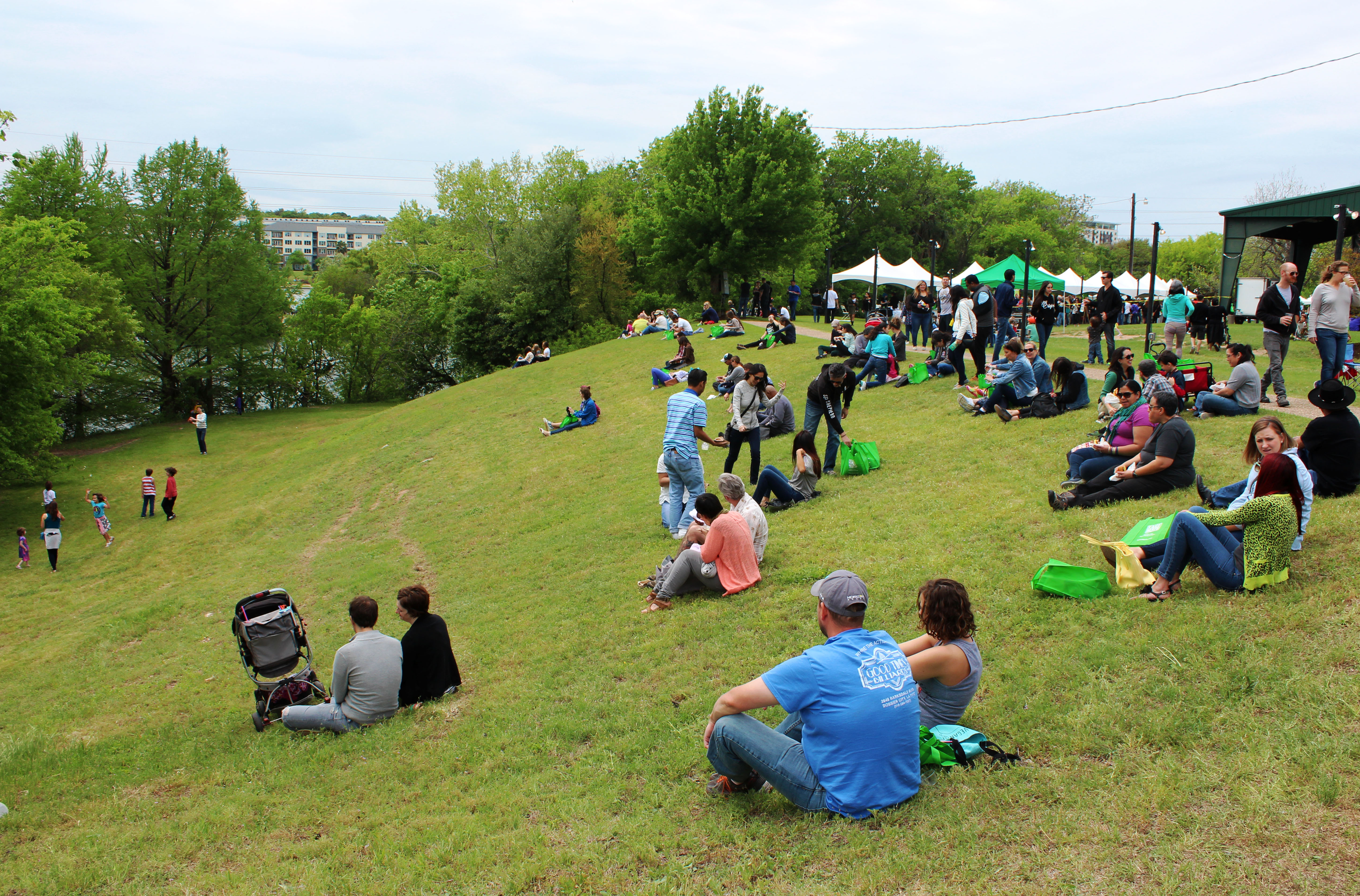 Located at Fiesta Gardens, festival attendees sat and picnicked on the hill while looking at Lady Bird Lake. Photo By: Brittanie Burke 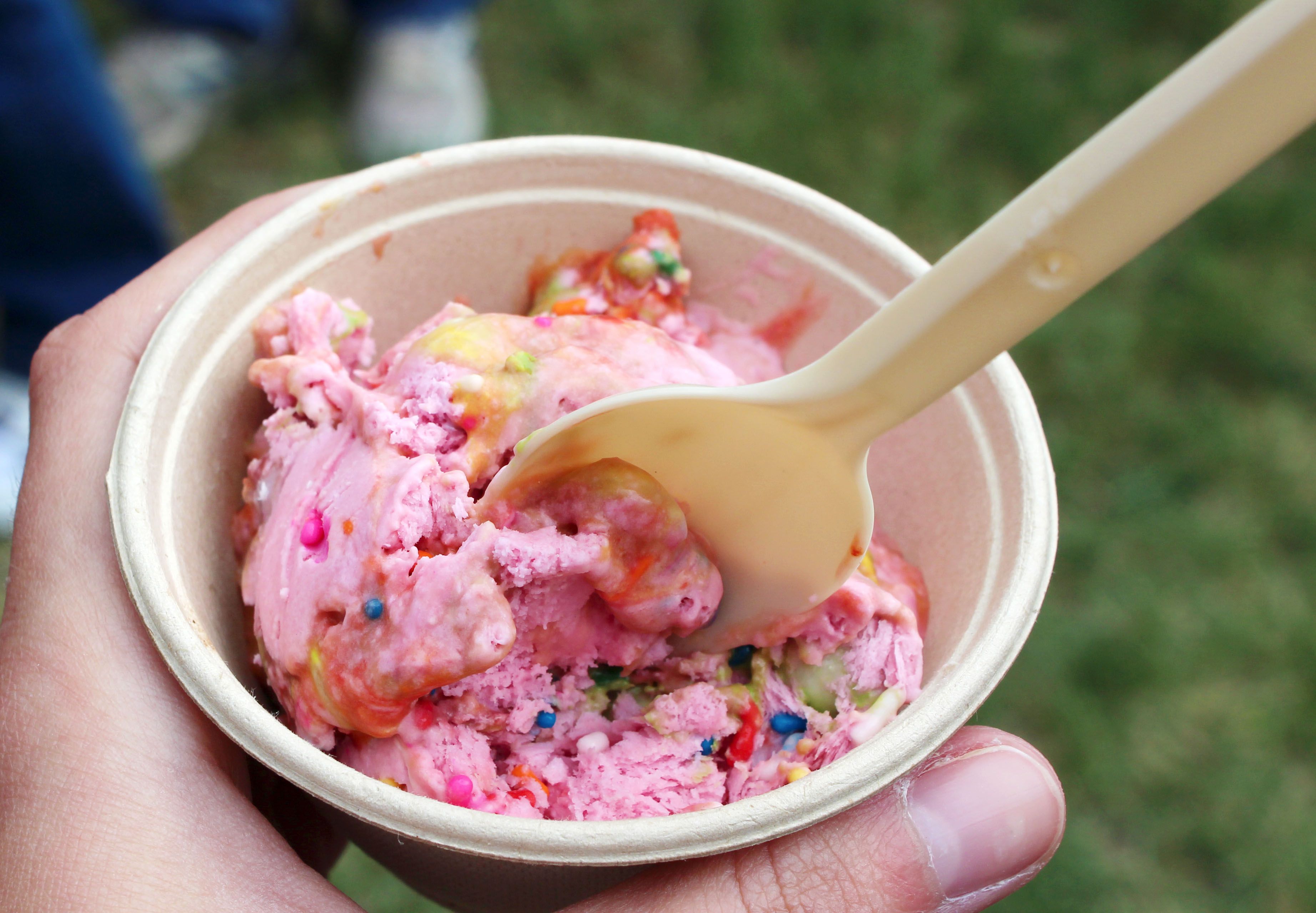 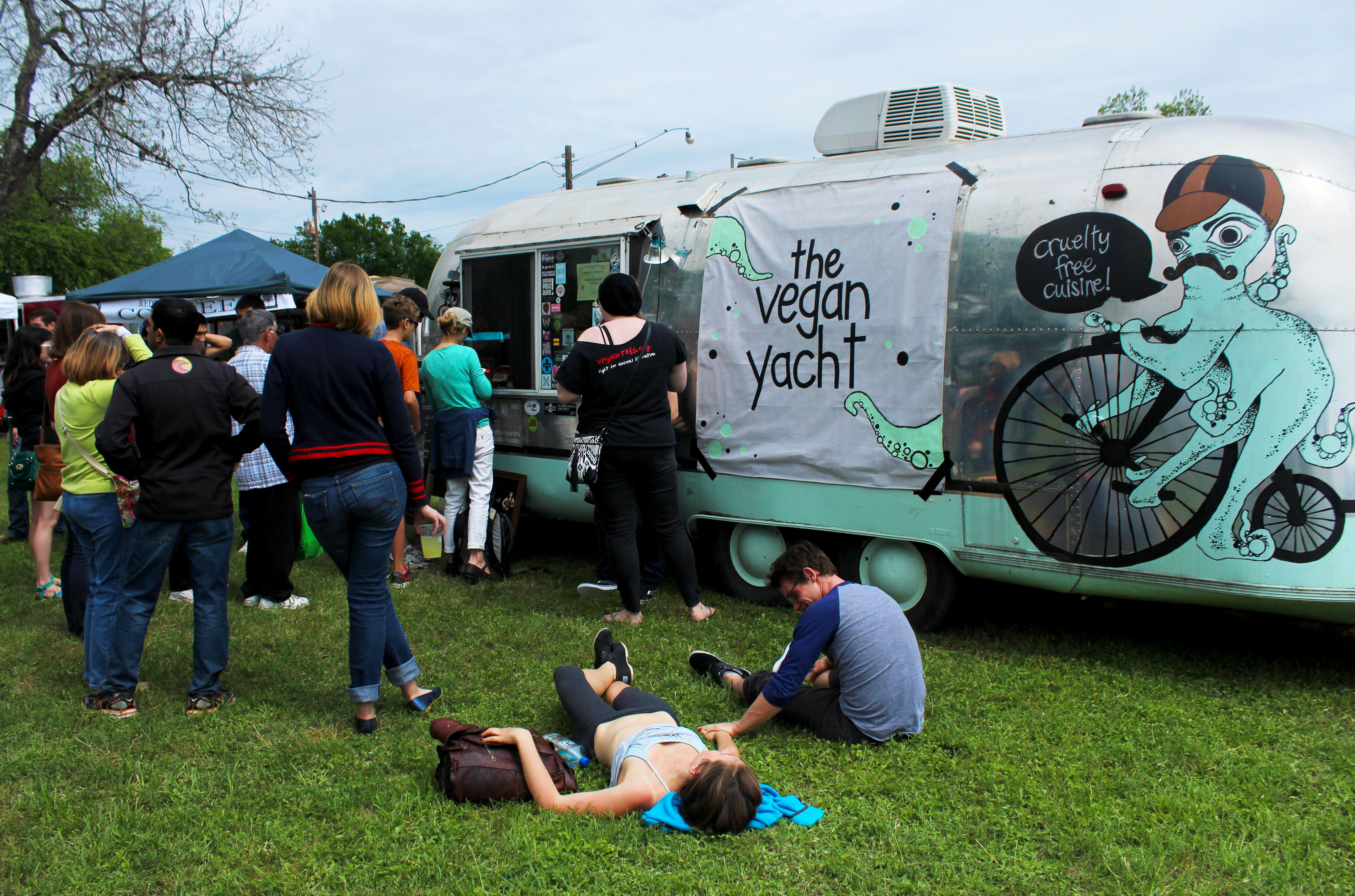 The Vegan Yacht, a cruelty-free and gmo-free food truck, had a long line and even some sun-bathers. Their mission is to strive to be 100% organic and use only the best stuff. Photo By: Selina Bonilla 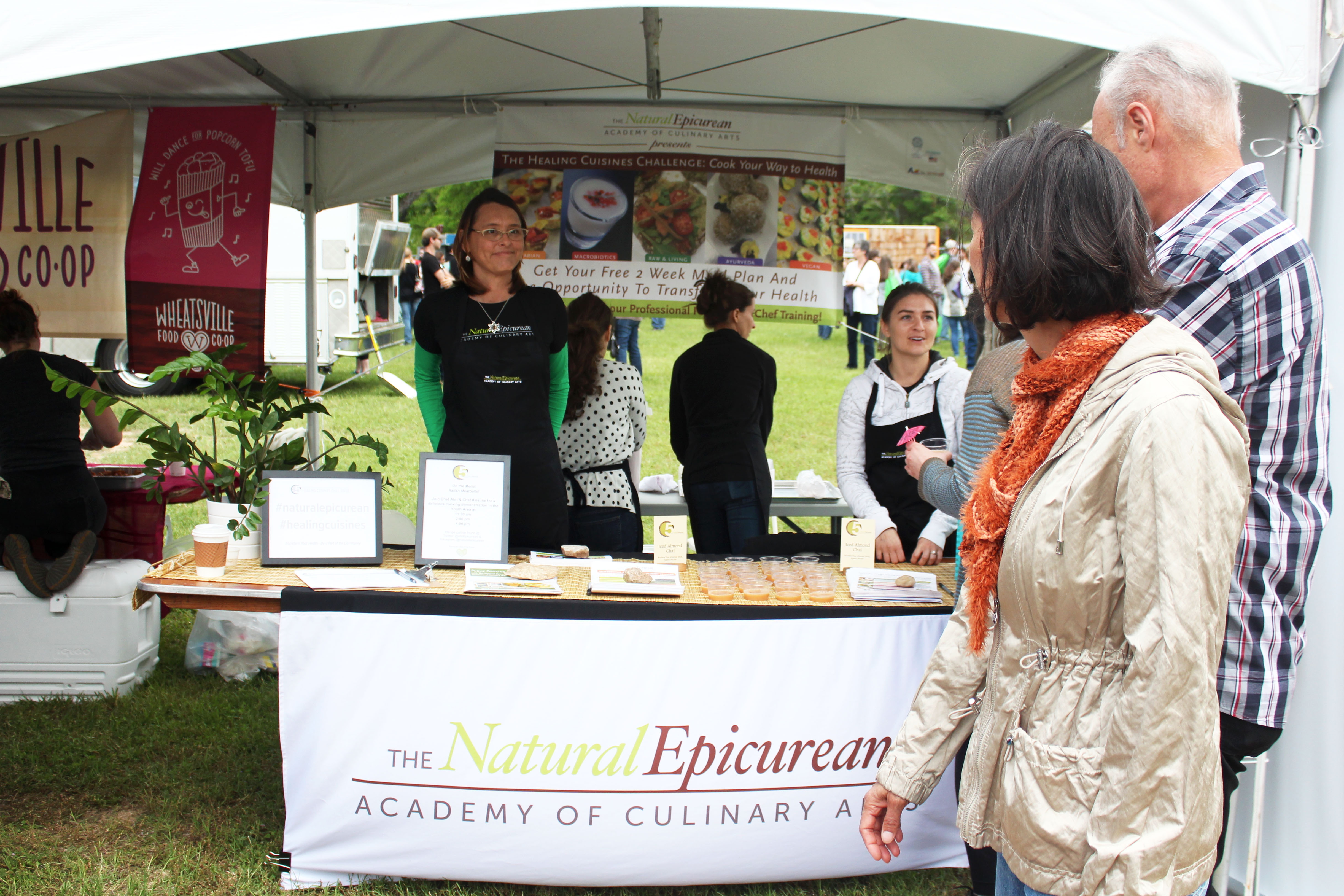 Natural Epicurean Academy of Culinary Arts, which is Austin’s own plant-based supportive cooking school, sold food and provided info about their school to attendees. They were one of the one hundred ten businesses and organizations present at the festival. Photo By: Brittanie Burke

Whether it’s for the animals, environment or health, vegetarian and vegan Texans are proud of their lifestyle and seek to educate the rest of one of the unhealthiest states in the nation.

The Texas Veg Foundation hosted its fourth annual Texas VegFest at Fiesta Gardens in Austin on Saturday. The group began in 2011 to “challenge the notion that Texas is one of the unhealthiest states in the nation,” according to their website. Over 110 companies and 5,000 people gathered to share and celebrate their dietary lifestyle with plant-based foods, booths and activities.

“We want to help provide resources and tools for [the community] to be able to see the environmental, health and animal welfare benefits of a plant-based diet,” said Adrienne Lusk, executive director of the festival.

The fest cites serious growth. The veggie enthusiasts have increased in numbers and range, though Austin has long been a home to many plant-eating people.

“We noticed that there is a large plant-based community in the city, but there was no event that was educating and celebrating about those types of communities together. So we wanted to create something like that,” Lusk said.

Lindsay Wilson, the registered dietitian of the Division of Housing and Food Services at the University of Texas, has also noticed the growth in popularity of plant-based diets.

“I would say that those numbers [of students with plant-based diets] have definitely increased each year,” she said. “I feel like with us being here in Austin, with the motto ‘Keep Austin Weird,’ …it’s fantastic with being open to alternative lifestyles and diets, and so plant-based diets are definitely more prevalent here than in some other cities.”

These diets are not simply defined by any means. “A vegetarian diet is an umbrella term,” Annie Mahon, dietitian of the UT University Health Services said. Pescatarian, lacto-ovo, vegan and more are ways people identify as opposed to vegetarian. 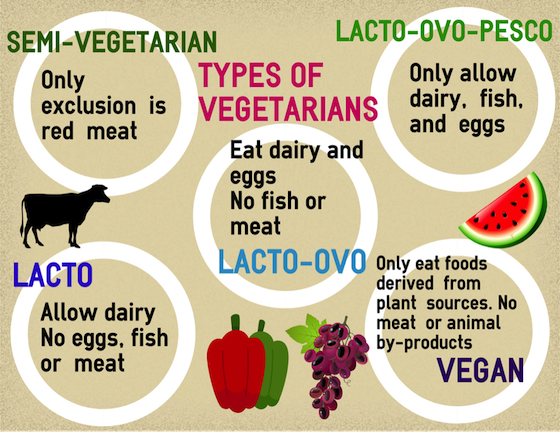 The Division of Housing and Food Services started a vegetarian focus group about 10 years ago to meet the needs of students on plant-based diets in the dining facilities. Since, menus have been developed to accommodate vegan and vegetarian options with each meal.

Austin does, in fact, host a healthier population than the rest of Texas, according to the Centers for Disease Control and Prevention. Though over half of Austinites are overweight or obese, they beat the state’s rate by 30 percent.

However, Austin is not an exception to a grave national trend: not eating enough fruits and vegetables. Dietitian Mahon knows this firsthand.

“We have data that the UHS has collected specifically for the UT campus that shows only about 60 percent of the student body at UT only gets about one to two servings of both fruits and vegetables a day, and only about 6 percent get the recommended 5 or more servings per day,” she said. “So students have a lot of room for improvements in terms of trying to eat more fruits and vegetables, which needs to be a strong foundation for a generally healthy diet.”

CDC data shows that 93.6 percent of adults in Texas are overweight, over 30 percent higher than the national average. Texas teens are also more overweight or obese, at 30.1 percent compared to 20.5 percent across the U.S. 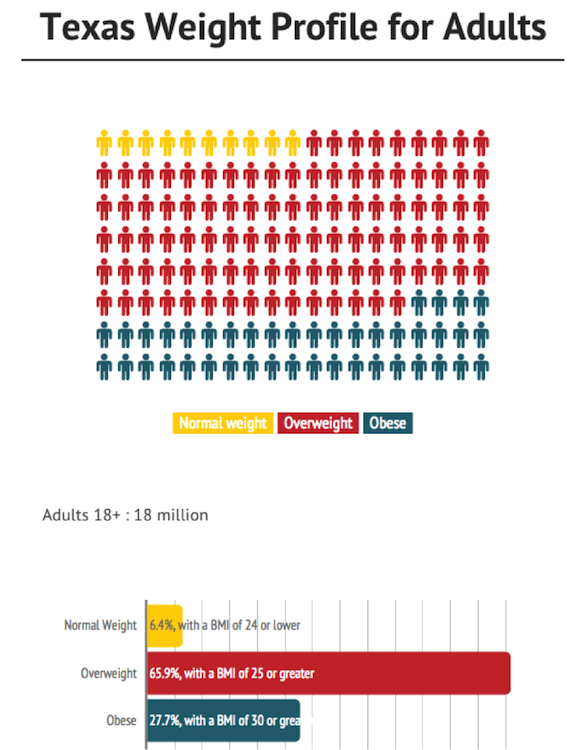 Data from the Centers for Disease Control and Prevention.

UT dietitian Wilson says a balanced diet, not necessarily plant-based, that is sustainable long-term is the best way to maintain a healthy weight and lifestyle.

“In general, any diet that excludes any whole food group isn’t necessarily something that I would vouch for or recommend to people,” she said. At monthly meetings with the vegetarian focus group, she has been educating students about potential deficiencies in plant-based diets and what foods contain the nutrients they may be lacking.

Mahon has seen the dangers of deficiencies through restrictive dieting. “I’ve had students come in and speak with me and say they are vegetarians, but they don’t like vegetables. That is a challenge because they are eliminating a food group that is essential to that diet,” she said.

Rich Goldman, CEO of the Natural Epicurean Academy of the Culinary Arts, believes firmly that plant-based diets are healthier than others. “It’s just healthier. You know, we don’t damage the planet by using real excesses of water and environmental resources. And eating more plants is just healthier. The science is really solid, the more plants you eat, the healthier you are.”

Like environmental impact, combatting big business or a particular biological outlook, countless causes can lead one to a plant-based diet. The Texas VegFest indiscriminately demonstrated the wide variety of participants in plant-based lifestyles, and then some.

“I’m not a vegetarian, it’s just that the food is really good,” festival-goer Rebekah Parker said. “I enjoy carnivorous foods and I also enjoy a lot of the plant-based proteins and a lot of the meat substitutes as well though. They just taste good.” 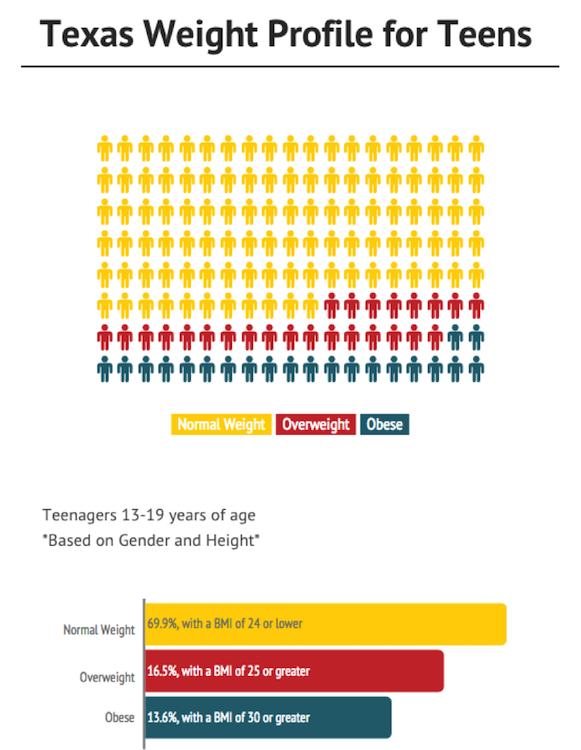 Data from the Centers for Disease Control and Prevention.

Nexushaus: The next generation of green living 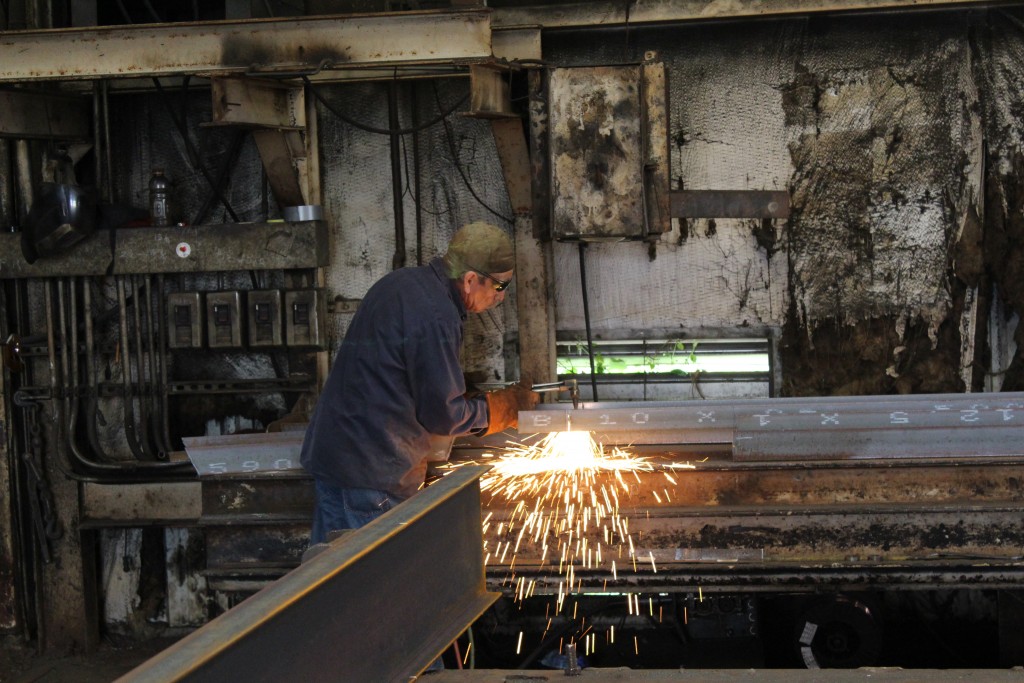 Affordability. Energy conservability. Location, location, location. Buying a house can be a trying task, especially in a growing city like Austin. How can you find exactly what you’re looking for—in your price range—without compromising the city’s relaxed, cool vibe and beautiful landscape? A team of young architects, engineers and students may have the answer.

Women Who Code provides outlet for women in tech

For coder Tricia McTigrit, her technology career started with virtual cats and dogs.

After discovering that she had a natural ability to code in junior high–“I enjoyed being able to manipulate programs and create things that weren’t there”–McTigrit, who was not allowed to have real pets as a child, began messing around with the programming of the Petz video game series when she was in sixth grade.

This childhood hobby would eventually become a lifelong practice. McTigrit programmed websites for small businesses throughout high school and college, where she majored in finance after being met with hostility in her computer sciences classes. “I actually had a female professor, when I walked into a Java 101 class, ask me if I was in the right classroom,” McTigrit said.

Following college, McTigrit worked in the oil and gas industry and eventually got into development professionally. Now she’s an associate developer at ShipStation and on the organizing team of Austin’s branch of Women Who Code (WWC).

WWC is a national non-profit organization “dedicated to inspiring women to excel in technology careers,” according to their official website. McTigrit emphasized that it is an organization open to all women who work or are interested in coding, no matter their skill level.

One Man’s Trash is Another Man’s Yard Art 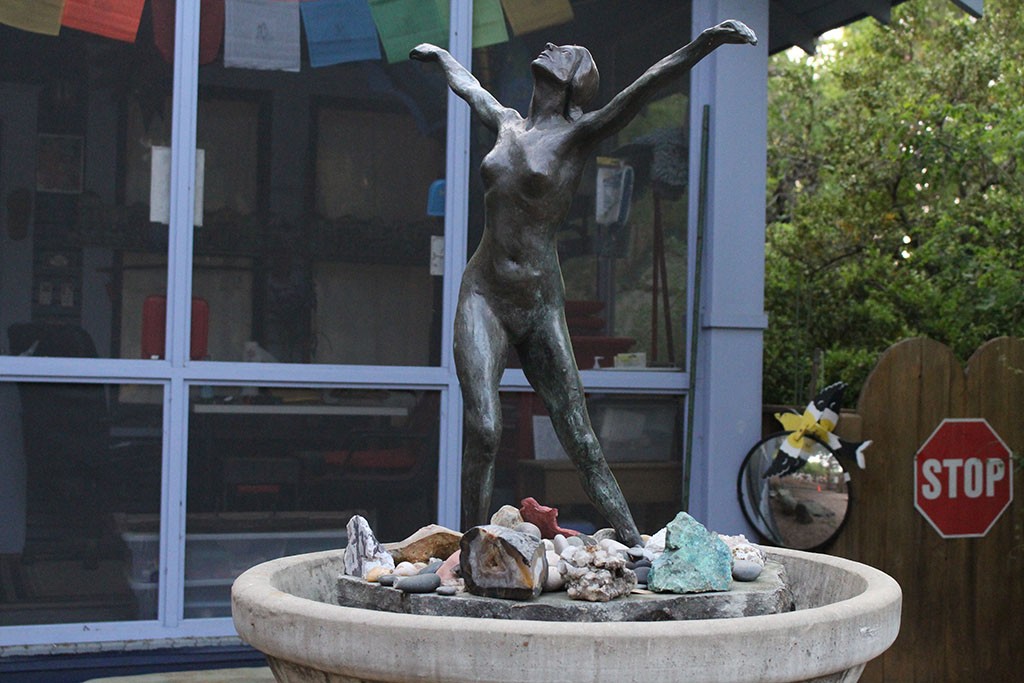 Yards that incorporate artwork in Austin are trending. Some homes are decked out with colorful bottles, mannequins and even realistic sculptures.

In 2010, Scott Stevens and Robert Mace founded the Austin Art Yard Tour, which was created to showcase yard art enthusiasts, commonly referred to as yardists, in the community. Participants could look at the tour website, which was created primarily by Mace, and discover over 30 properties around Austin that had viewable yard art.

But what separates an art display from a collection of mere junk?