From the Ground Up: A Startup Tale 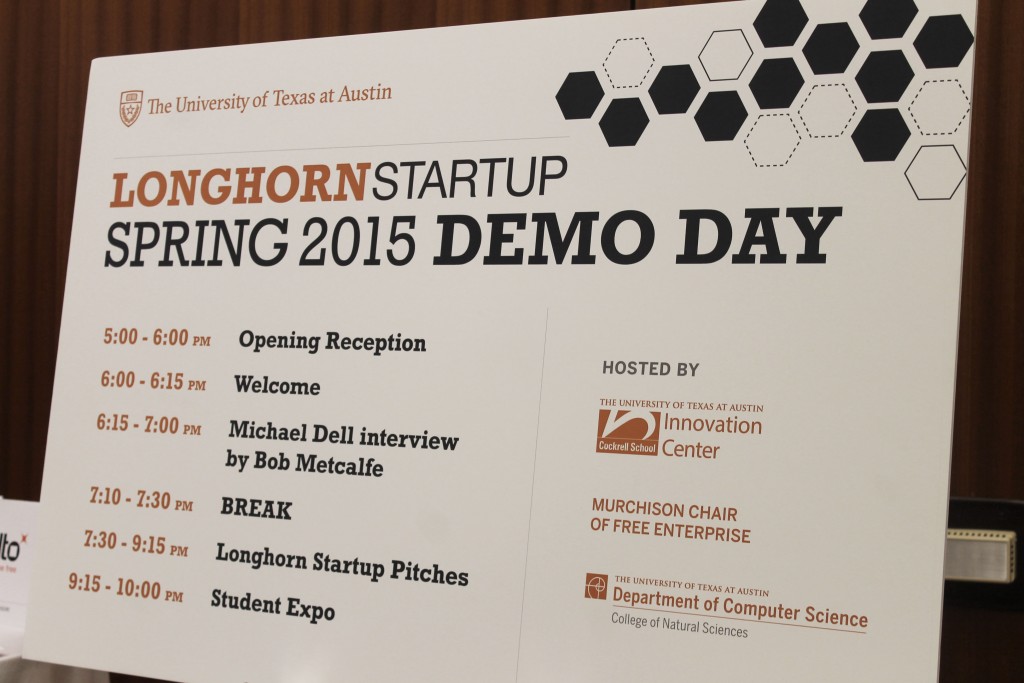 It is difficult to run a business, but trying to balance school adds a whole other level of stress. However, Sid Gutter is one out of the handful of college students who has accepted the challenge of doing both.

Sid Gutter is a sophomore liberal arts honors student majoring in economics and history at the University of Texas at Austin. He is also the founder of Entrée, a startup company that is creating a new and enhanced restaurant operating system.

“I never ever in my life thought I would start a business or work in restaurant technology,” Gutter said.

The idea was inspired when Gutter was at a restaurant with his parents. Tired of long wait times, waiting on food and slow check out times, he thought there must be a way to fix this problem. Gutter then started talking to numerous owners, managers and waiters to gather insight.

“After a month of that it became clear that there is a problem, and maybe it’s not that crazy to think I as a student can actually solve the problem,” Gutter said.

What Gutter uncovered was that traditional restaurant operations systems are clunky and expensive. This led him to creating Entrée, a cost-effective system that combines point-of-sales technology and smarter analytics through carefully crated interfaces. Eventually with this technology, waiters will be able to check out a table by using just a mobile phone or tablet, and one day may eliminate the need for waiters completely.

“It’s not necessarily the sexiest industry,” Brian Alford said. “But if you look at their presentation and the way they bring a lot more advanced user interfaces, it is really an exciting change for restaurants.”

“I have an undergraduate degree in business,” Alford said. “As a lawyer, I can represent companies at the early stages by helping them make more business level decisions and not just legal decisions.”


Longhorn Startup Lab is a course offered by the university, so students who are attempting to start a company can get course credit for their efforts. The course includes weekly mentoring sessions as a free co-working membership at Capital Factory. At the end of the spring semester, they host Longhorn Demo Day to showcase their accomplishments.

“It’s a large advertising event for young startups that don’t usually get the chance to get their ideas out to the public,” Stephen Franklin said.

This year’s Demo Day was held on April 30. Thirteen different student startups went on stage to pitch their company. Franklin, a senior mechanical engineering student, was there to promote his product as a part of the company called Grey Matter.

“The dream is to have someone really interested in our product and invest in our idea,” Franklin said. “But really it is to get our name out there and to promote our product.”

Franklin’s product is an athletic mouth guard that can identify when concussions occur as well as track an athlete’s concussion history by storing data in the cloud. With the help of this class, they were able to make a functioning prototype to showcase at the event.

“This class itself provides us with a ton of mentors and great connections that really helped us establish our product,” Franklin said.

Pamela Valdes is an exchange student from Mexico City and creator of Beek, a social network for book lovers in Latin America.

“I want more people to know about my startup,” Valdes said.

“It is a place for discovering, discussing and recommending books between followers and friends,” Valdes said. “It is like a Facebook, but for people who like to read.”

Valdes created Beek for a MIT contest about a year ago. She did not win, and in result, all of her team left. She had to start from scratch and build a whole new team, which was probably one of the most difficult things she has had to overcome.

“Believing in yourself when no one else does is the hardest thing as an entrepreneur,” Valdes said.

Longhorn Startup Lab provides the students with many resources, but also a place for them to see other entrepreneurs their age struggle, as well as succeed, balancing school and other work.

“I think this is really an example of the great community here at UT and what is possible with student entrepreneurs here on campus,” Gutta said.

Even after the semester ends, many of these startups will continue to grow and develop. Because for these entrepreneurs their projects are no longer just a school assignment, it is their future. 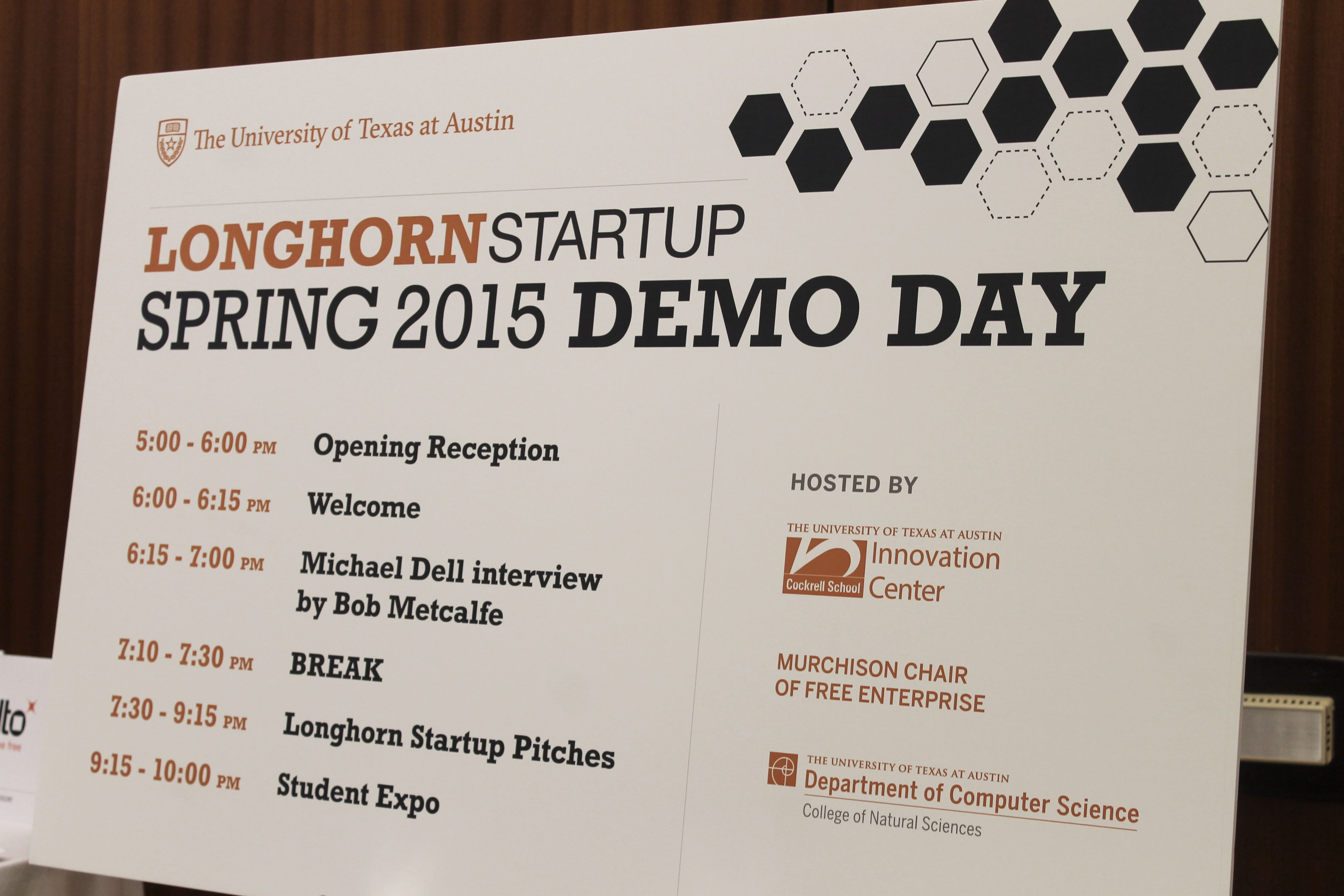 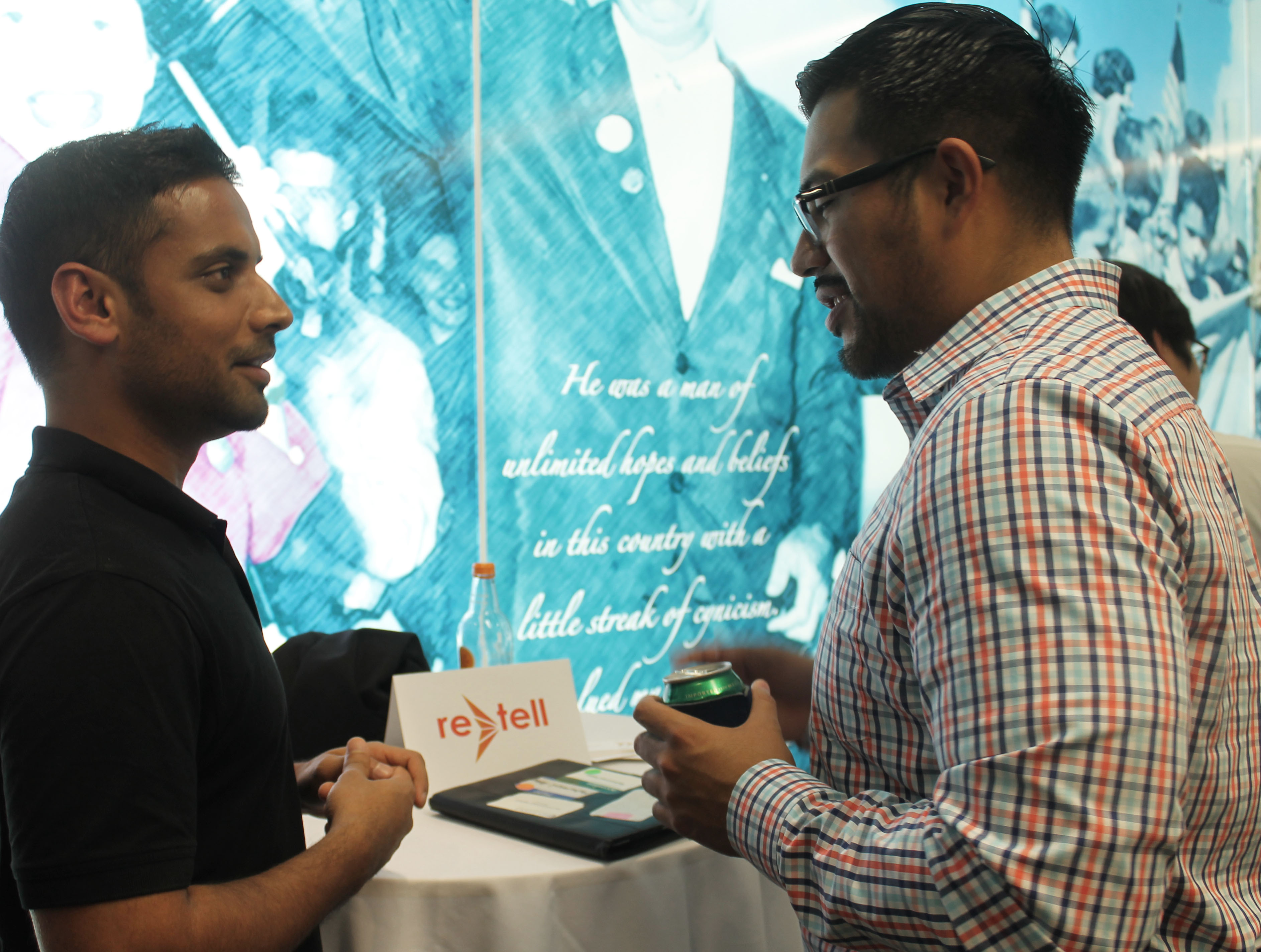 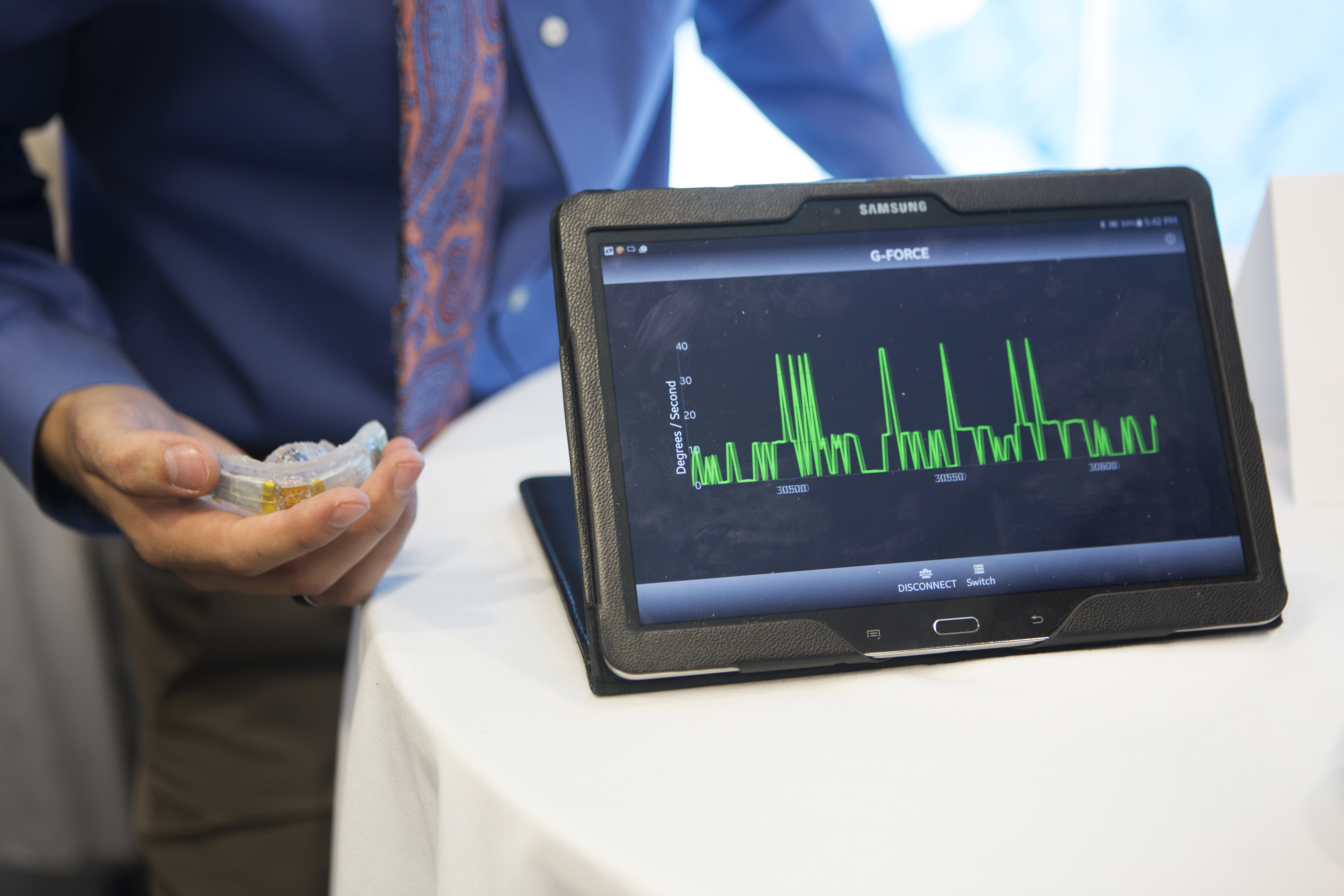 The athletic mouth guard created by Grey Matter, a student start up, can identify when a concussion occurs and can track an athlete’s concussion history by sorting data in the cloud. Photo by: Kimberly Carmona 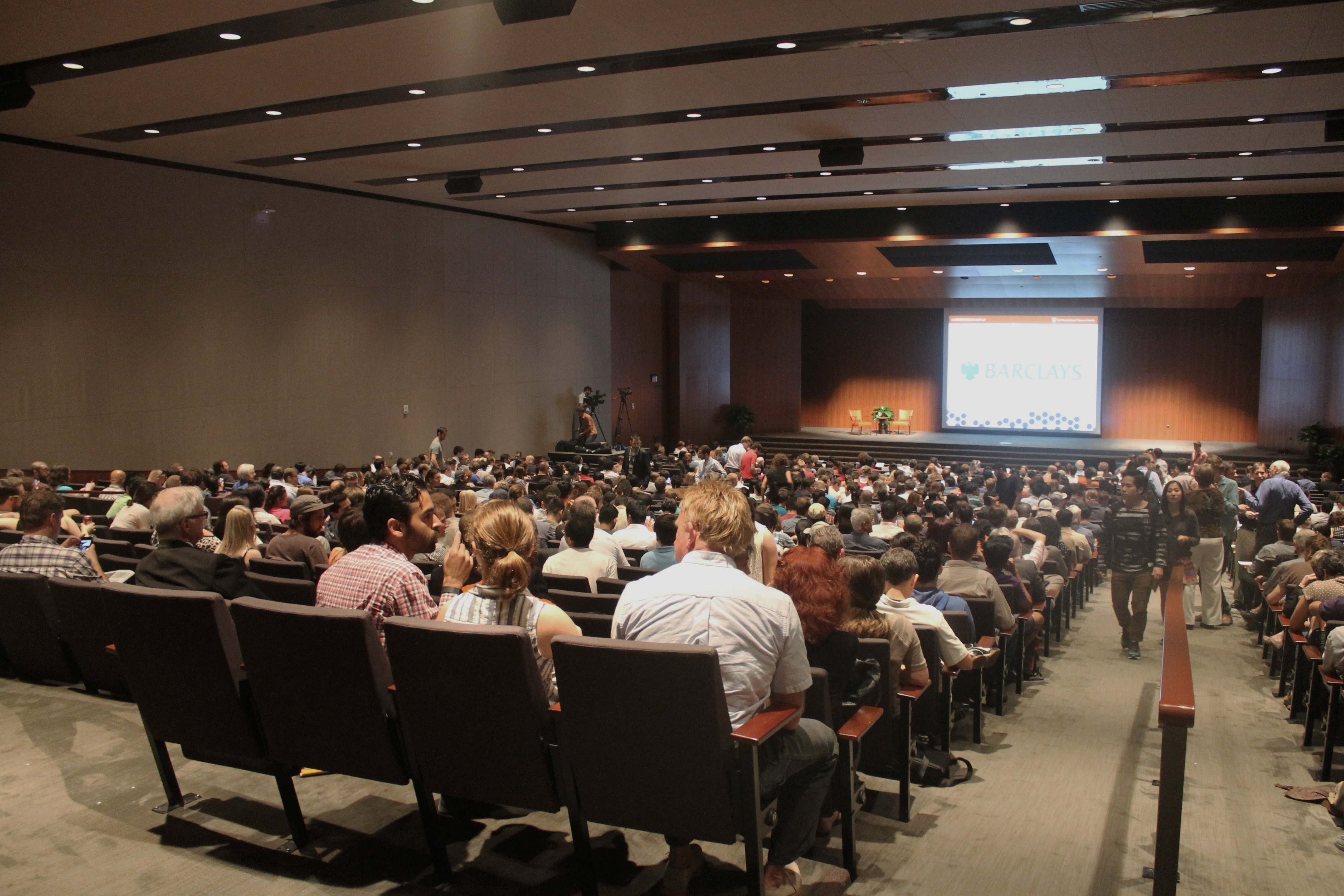 Members from the Austin community awaited a lecture from the chairman of the board of directors and chief executive officer of Dell, Michael Dell. Photo by: Rebecca Salazar 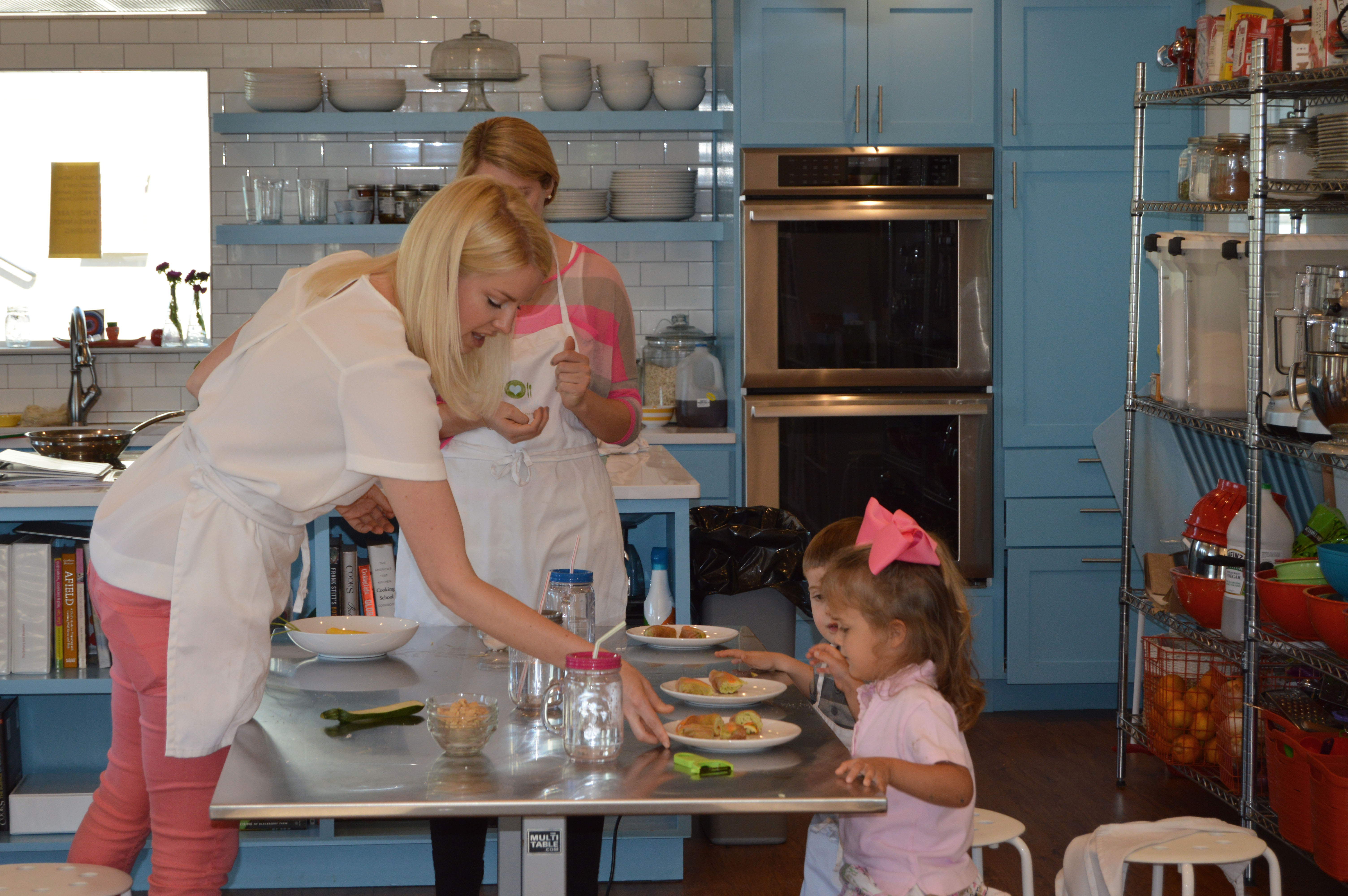 The goal at Patricia’s Table is to expand minds and taste buds for adults and children. Photo by: Kimberly Carmona 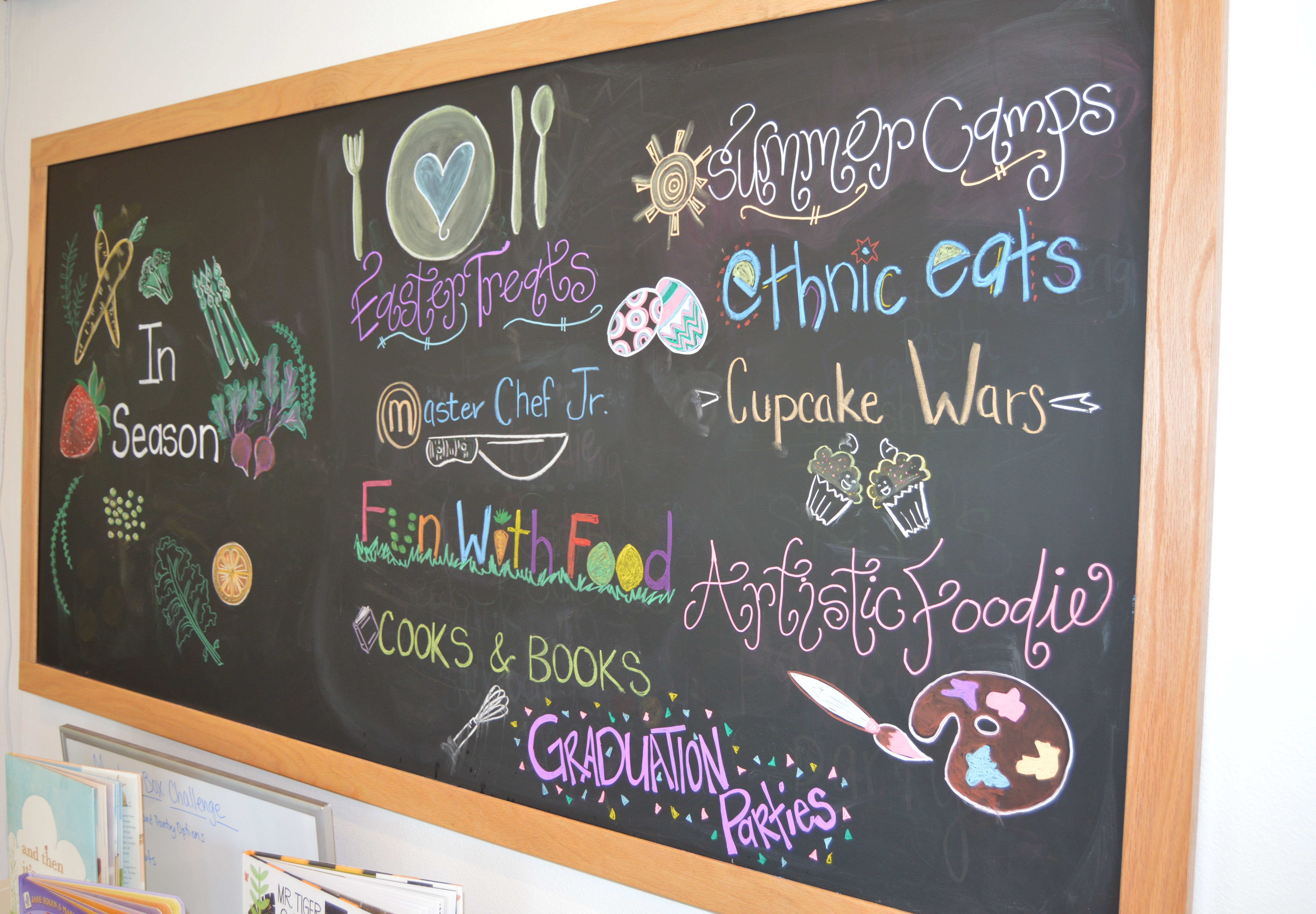 Patricia’s Table hosts many events to encourage the Austin community to participate in cooking festivities. Photo by: Kimberly Carmona 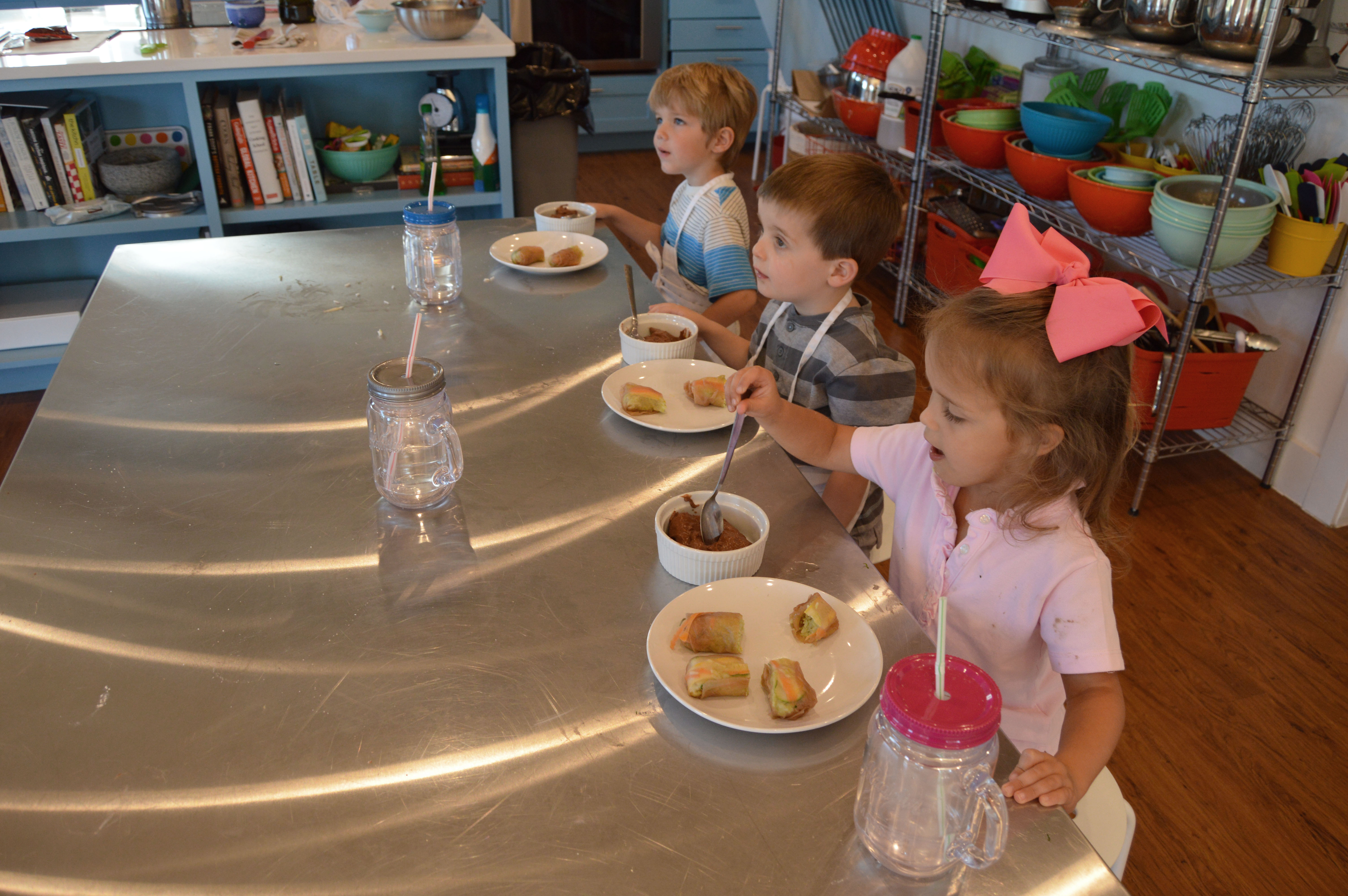 Kids are encouraged to make and try new food at Patricia’s Table. “The goal here is to introduce kids to fruits and vegetables that they may not know,” Patricia Tamminga said. Photo by: Kimberly Carmona 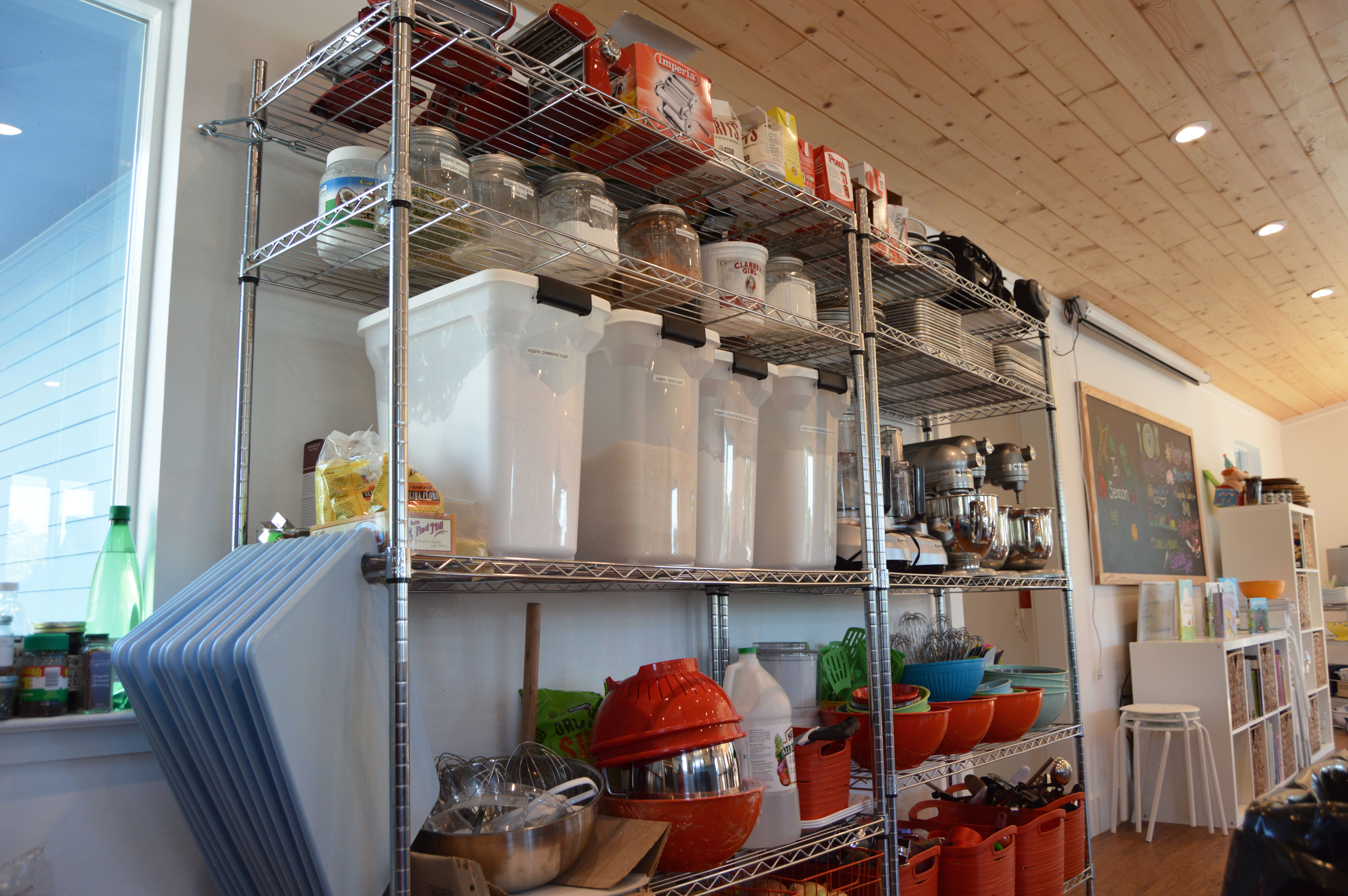 The teaching kitchen uses only local ingredients and grows their own vegetables and herbs in their own backyard kitchen garden. Photo by: Kimberly Carmona

Patricia Tamminga uses Patricia’s Table to empower children to eat healthy by making fun, simple food in the kitchen. She uses locally-grown food from the Austin area as well as the garden near the building. She was a kindergarden teacher before starting Patricia’s Table. 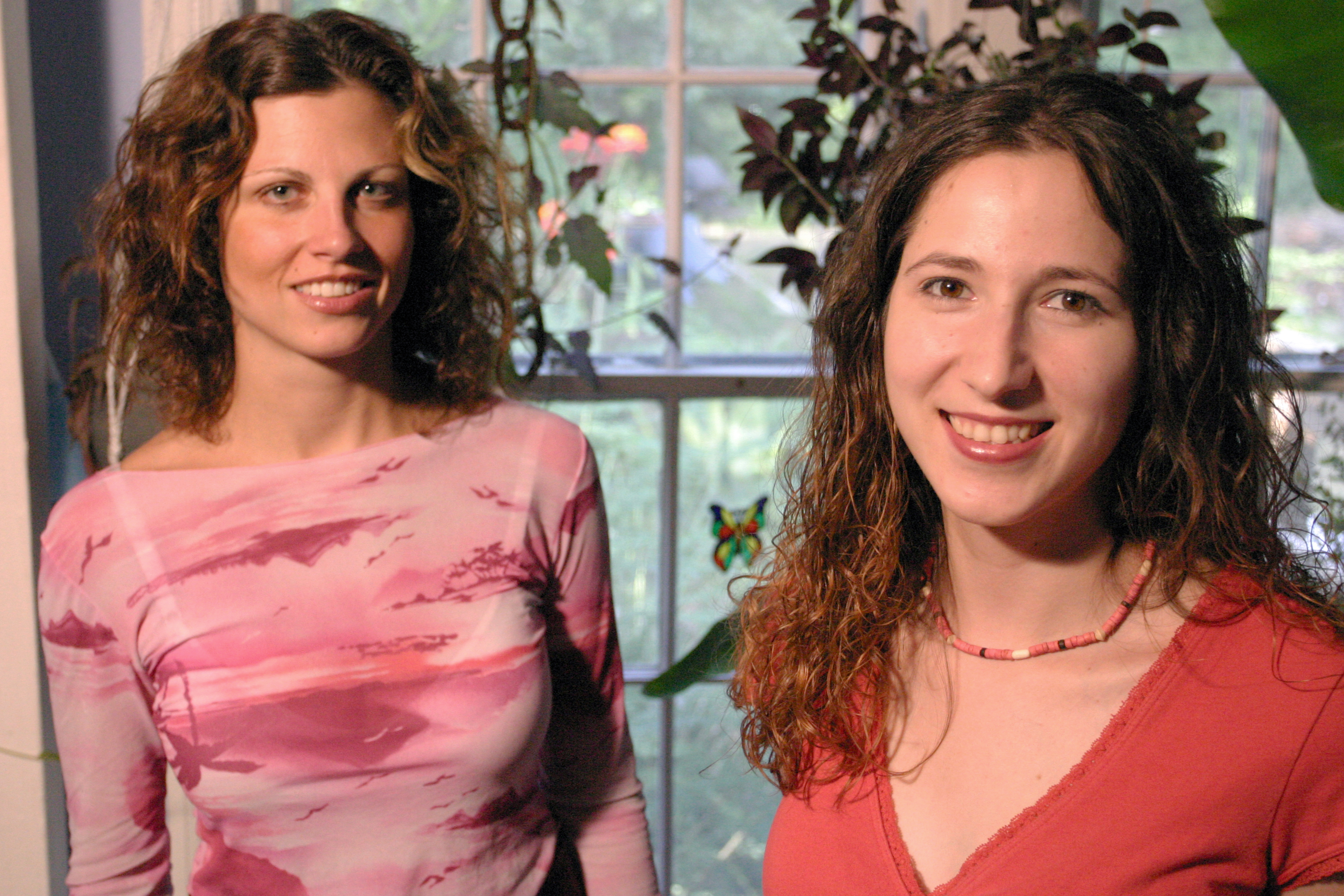 Laura Donnelly and Alicia Rascon are co-founders of Latinitas with branches in Austin and El Paso. Photo by: Latinitas Archives 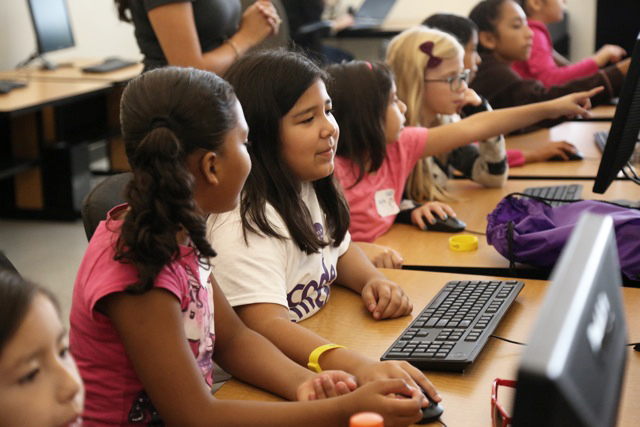 Young girls were invited to learn about video game design and development at the Code Chica Conference in 2014. Photo by: Latinitas Archives 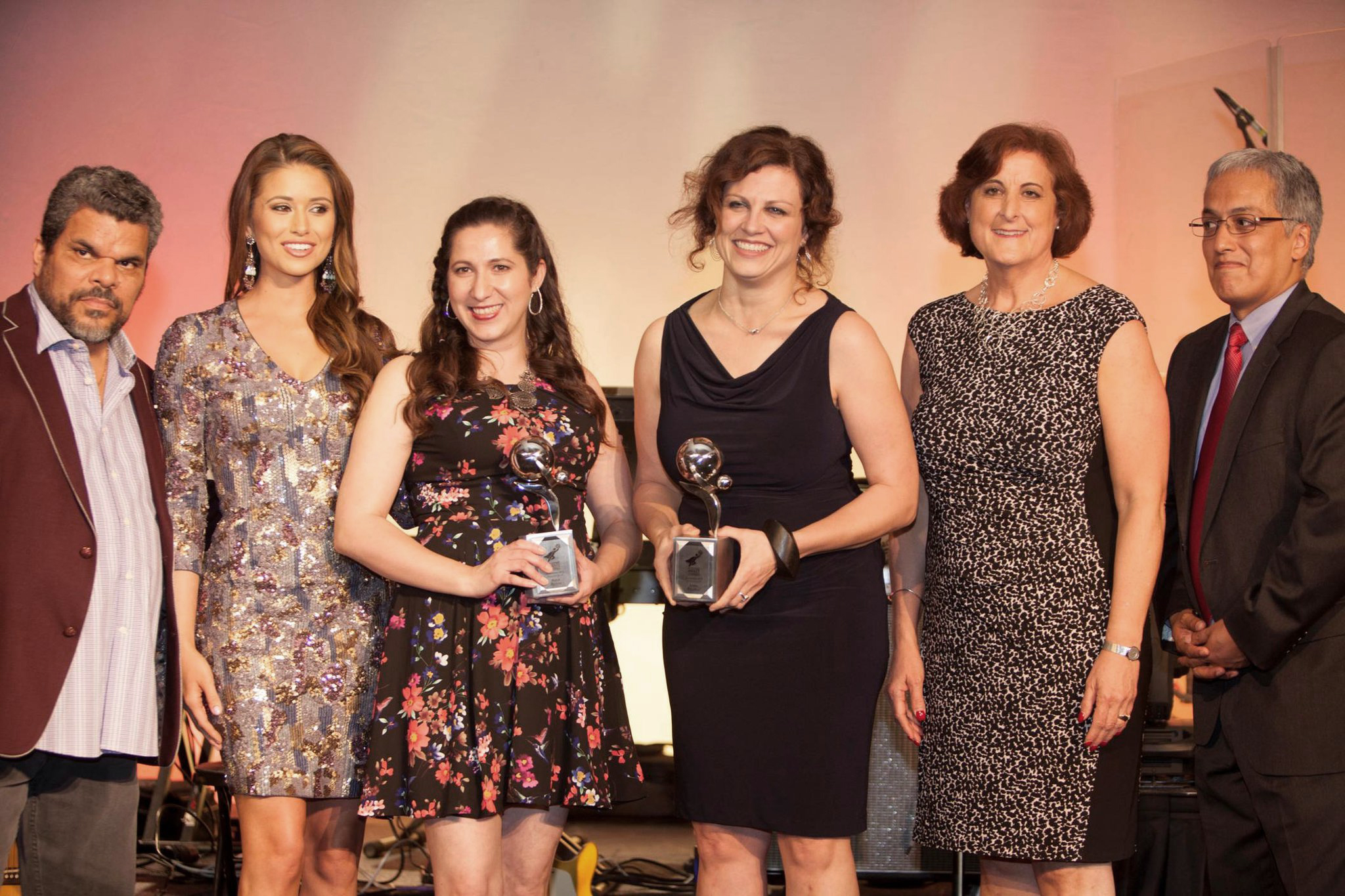 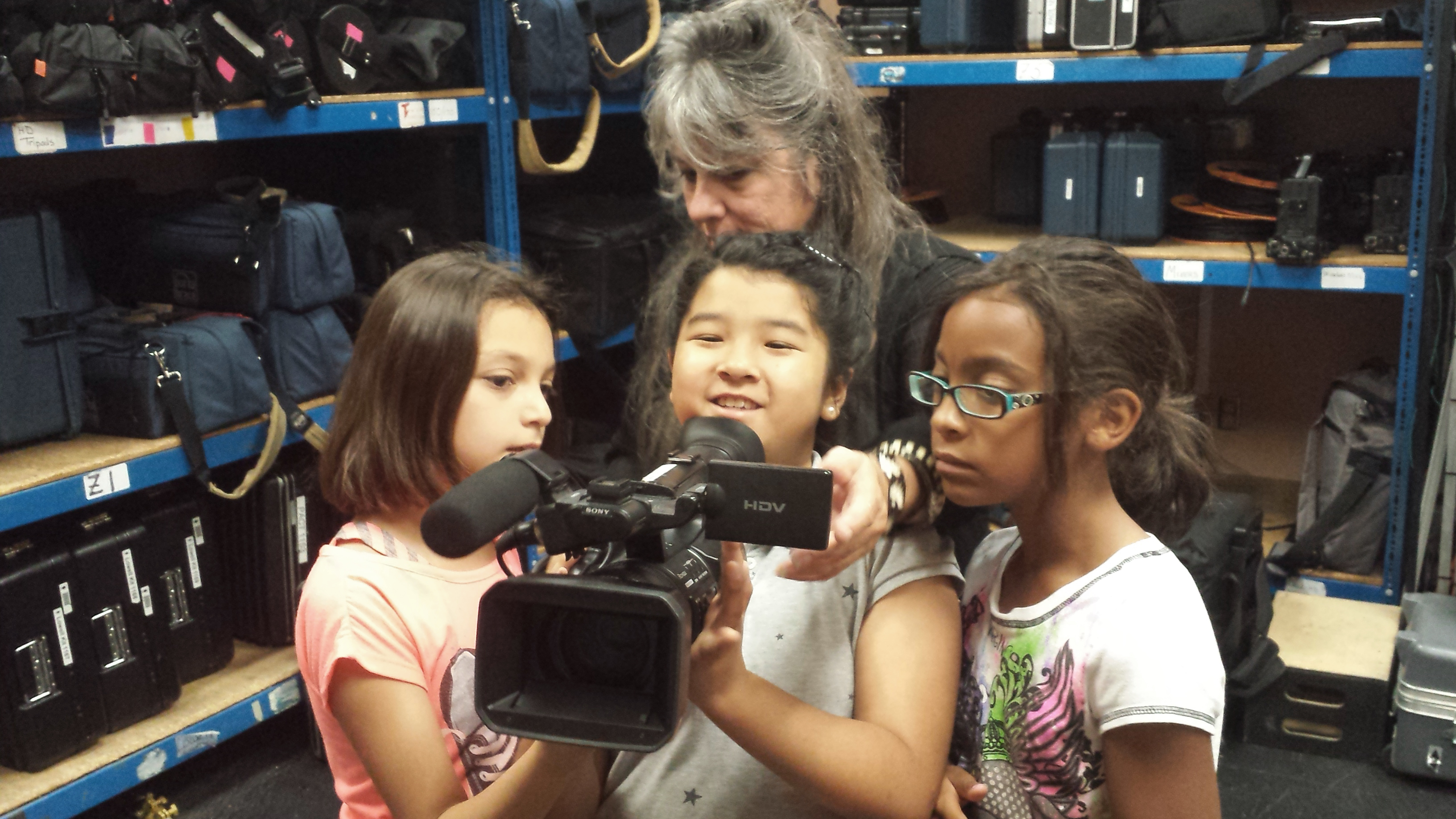 During the 2014 Latinitas summer camp, girls were given a crash course on professional video equipment. Photo by: Latinitas Archives

After witnessing the lack of diversity in media outlets and lack of representation of Latina women in magazines, Laura Donnelly and Alicia Rascon wanted to fill that niche. They transformed their ideas in a UT graduate school class into Latinitas, a non-profit organization with locations in El Paso and Austin, which has been actively empowering Latina youth through media and technology for 13 years.

← The Capital of Cool’s “Tipping Point”
Take Back the Night →