As the evening grew cooler with the setting sun, yoga mats of every tint and tone rolled out by the hundreds upon a soft, grassy field facing the entrance of Barton Springs Pool. 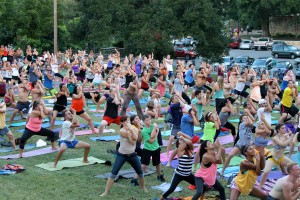 Yogis of all ages and experience levels come together at Barton Springs for an evening of refreshment and relaxation.

Summer at the Springs, a free yoga class hosted by Wanderlust YOGA, takes place at 7:30 p.m. on Monday evenings during the months of June and July and offers a free swim at the springs for yogis of every age, shape and size to cool down after working up a sweat.

Recently, however, there’s been a change of plans.

“[The event] was extended because of the phenomenal turnout,” says Callie Ogden, a Wanderlust yoga instructor who helped organize the event. “Just feels too good to cut short.”

Ogden says the goal of this inaugural event is to promote connection for the Austin community through yoga and other special events. “Hosting this event allows people to gather over a healthy activity and then dive into Barton Springs,” she said.

Because of its success, drawing in nearly 300 people, Ogden says the event will happen again next year.

The high rates of yoga may, in part, be due to a growing body of research indicating mind and body practices can help manage pain and reduce stress. Another factor that has likely influenced the popularity of yoga is the increased access of the practice. For example, industry reports show that the number of yoga studios in the U.S. has dramatically increased in recent years. 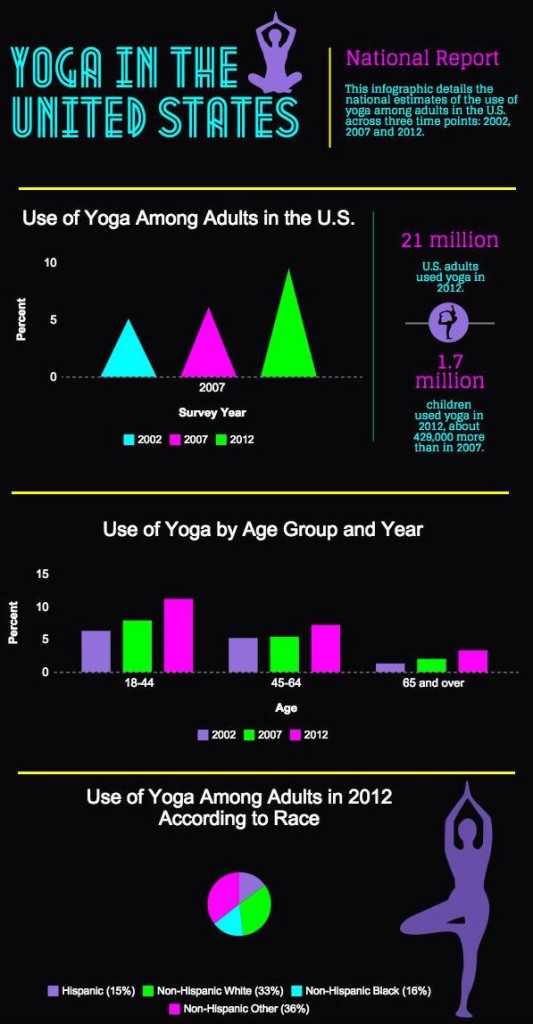 The complementary health questionnaire was developed by the National Center for Complementary and Integrative Health in conjunction with the Centers for Disease Control and Prevention’s National Center for Health Statistics. It is administered every five years as part of the National Health Interview Survey, an annual study that interviews tens of thousands of Americans about their health-and illness-related experiences.

To identify trends in American’s use of yoga, 2012 survey data were compared with the versions of the survey fielded in 2002 and 2007.

Most notably, the 2012 survey reveals that the increase in yoga has occurred across all age, racial and ethnic groups.

“Yoga helps calm your mind and heart rate,” says Ogden. “It offers a toolbox to anyone who practices, and those tools are especially useful to those with mental health disorders.”

According to the National Health Interview Survey, yoga is one of the top 10 complementary and integrative health approaches used among adults in the U.S. And, as studies show, more Americans of all ages are rolling out their yoga mats in an effort to improve their health.

“[Yoga] reminds us to stay focused on the present moment, to adjust your sails based on what you’re needing, and to get up after you fall,” says Ogden. “It all around helps you to take your life to the next level–it helps you flourish as a human being.”

The yoga session begins with all the participants getting into child's pose.

A yogi lifts her gaze as she moves into the upward facing dog position.

The yoga class has space for hundreds of people, located on a grassy field across from the Barton Springs entrance. 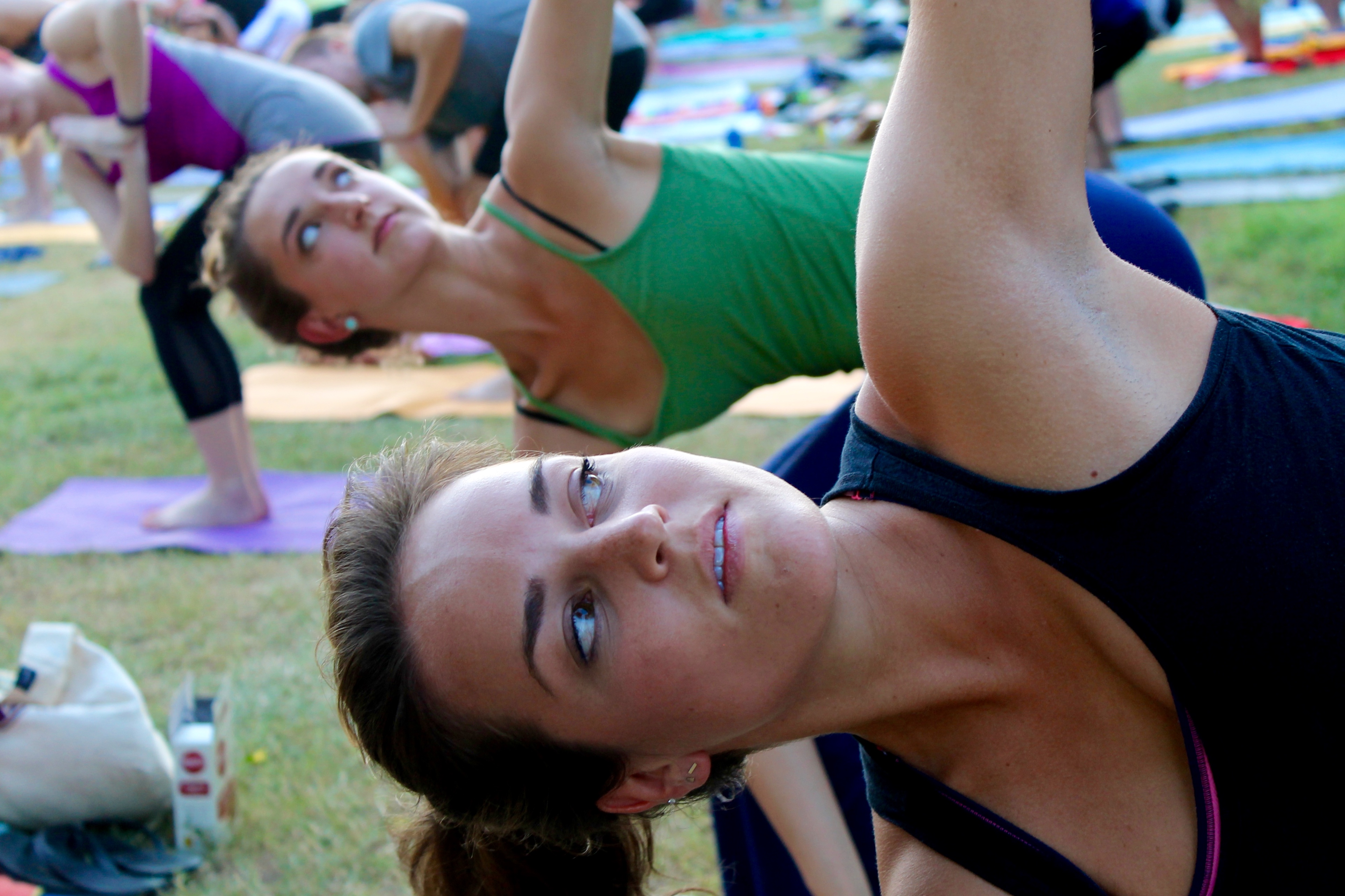 A woman gazes up past her hand, as the yoga had instructed.

Everyone moving in synchrony contributed to the energy and relaxing ambiance of the evening.

A man closes his eyes in focus while holding the triangle pose.

The yoga class ended with everyone gathering in a close-packed circle around the instructor and chanting 'om'.

Noah V. remains on his mat to meditate for a few minutes after the end of class.

After the hour long class in the evening heat, participants of the yoga session line up for the 9 p.m. free swim at Barton Springs.

People left their yoga mats on the grass before jumping into the spring.