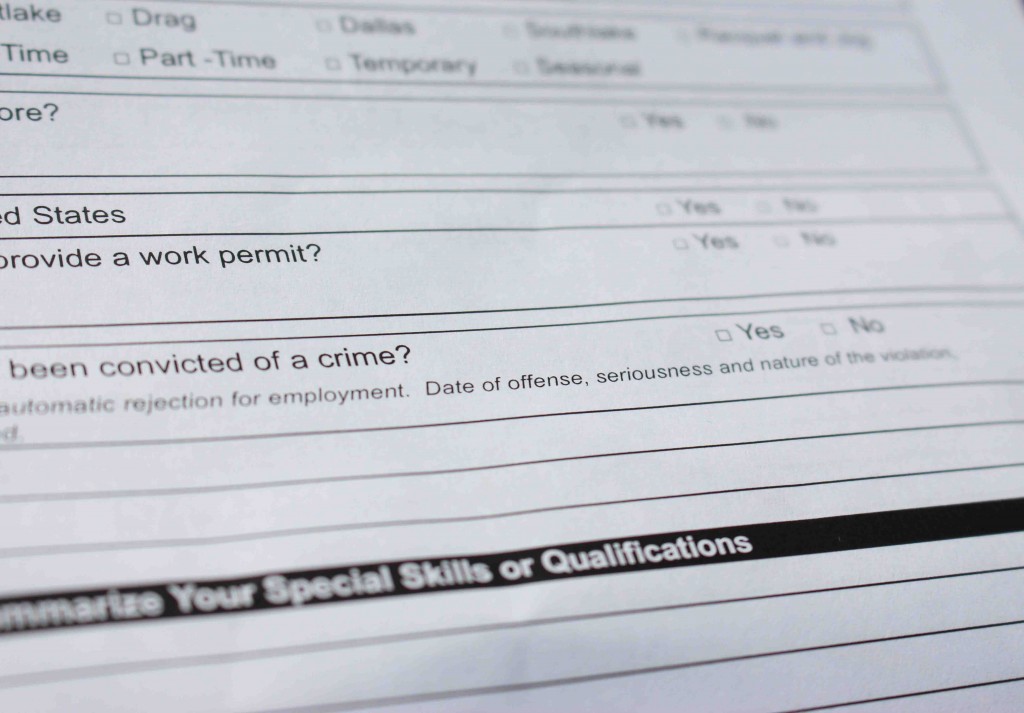 If you’ve ever applied for a job, you’re familiar with this question. Soon, in Austin, you might not see it anymore. Austin, TX. Sept. 17, 2015.

For Americans with criminal records, the job market often appears daunting. New legislation proposed in Austin might drop the criminal background question and give some a second chance.

At 48 years old, David Hutts’ resume reads like a man about town.

He got his bachelor’s degree in journalism. His master’s in advertising. He worked for book publishers. And marketing firms. And IBM.

And alongside those credentials are the two he believes carry the most weight: 15 years of substance abuse and two felony convictions for prescription fraud.

Today, Hutts works at the treatment center where he got sober three years ago.

“It’s the only job where my felony convictions are an asset, not a liability,” he said. “But I’ll tell you what, if I ever lost my job today, it would be so frightening to have to go back into the job market. With two felony convictions, people look at that and think, ‘He’s irredeemable.’” 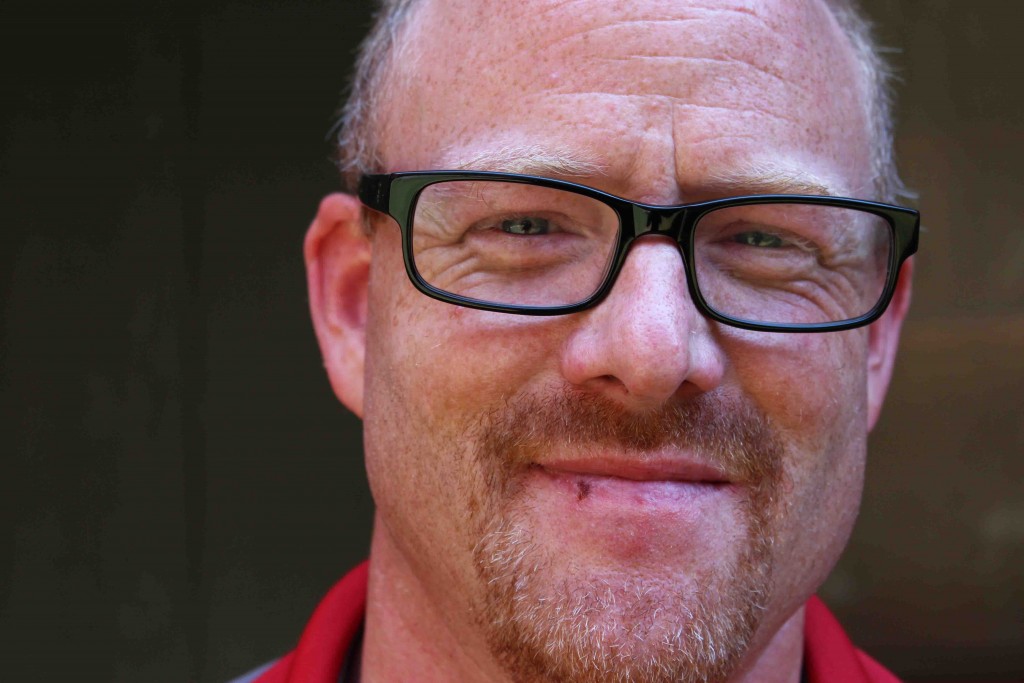 “I came from a good home,” David Hutts said. “I was taught good morals. I was taught right from wrong. I have a good education. Yet because I am an addict and because I did not get the treatment that I needed, this is what my life looked like – two felony convictions.” Austin, TX. Sept. 10, 2015.

According to the National Employment Law Project, an estimated 70 million Americans have some kind of criminal record. The force of this number has inspired a nationwide movement to “ban the box,” eliminating the criminal background question from employment applications, where applicants have been forced to check “yes” or “no.”

More than 100 cities and counties have already adopted policies like this, and Austin could be next, as city council is set to review a resolution in the coming months that would force private businesses to remove the question.

Stakeholders spoke on the positive impacts of the legislation at an Economic Opportunity Committee meeting last week, citing its ability to spur economic growth by bringing greater numbers of people into the workforce.

Brian Gifford, an attorney with the Texas Civil Rights Project, said it would not prohibit an employer from hiring who they want or performing a background check after the employment offer. It would simply keep people from being screened out immediately for past offenses.

“It’s just a question of timing,” Gifford said. “Whether or not the employer meets a person and begins to weigh them on themselves and their merits as a person.” 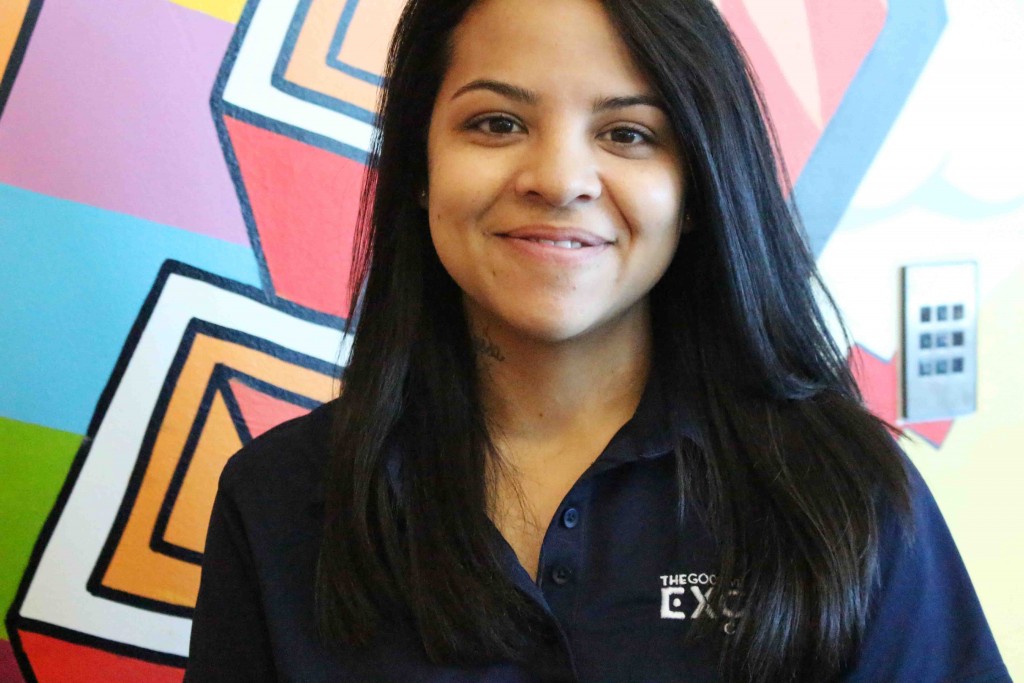 “I just really want to give back to my community,” said Isa Arizola, who was facing seven years in prison and found help and employment through Goodwill. “I feel like I’ve taken so much from my community and done so many wrongs. And now I’m at a better place, and I just want to give back.” Austin, TX. Sept. 14, 2015. SEE ISA’S STORY BELOW

For Hutts, he said he’s sure many of his applications have ended up in the trash.

At 45 years old, he’d been unemployed for three years. He started applying at drug stores and pet shops – jobs he knew he was overqualified for. He checked “yes” to the criminal background question. He never got a call back.

“It’s like a scarlet letter ‘A,’” council member Leslie Pool said at the committee meeting. She voiced her support for the resolution that was introduced by District 4 representative Greg Casar in May.

“I think it’s one of the clearest cut ways that we can show people who have paid their debt to society that we believe that they have and that we support them in becoming productive.”

In an email, Casar called the legislation “anti-discriminatory at heart,” a way to give qualified people more opportunities, lowering their chances at repeat criminal behavior thereby improving public safety.

Many private employers have already removed the question, including Target Corporation, Wal-Mart and Goodwill Industries. The city of Austin removed it from government applications in 2012.

To gauge public support for the policy, the city’s human resources department created an open forum on SpeakUpAustin.org through the month of August, where residents could write in their opinions. Findings will be detailed at the next committee meeting Oct. 12.

Casar did not elaborate on the results, but he said, for those who voiced concern, their primary worries were safety in the workplace and added work for employers. 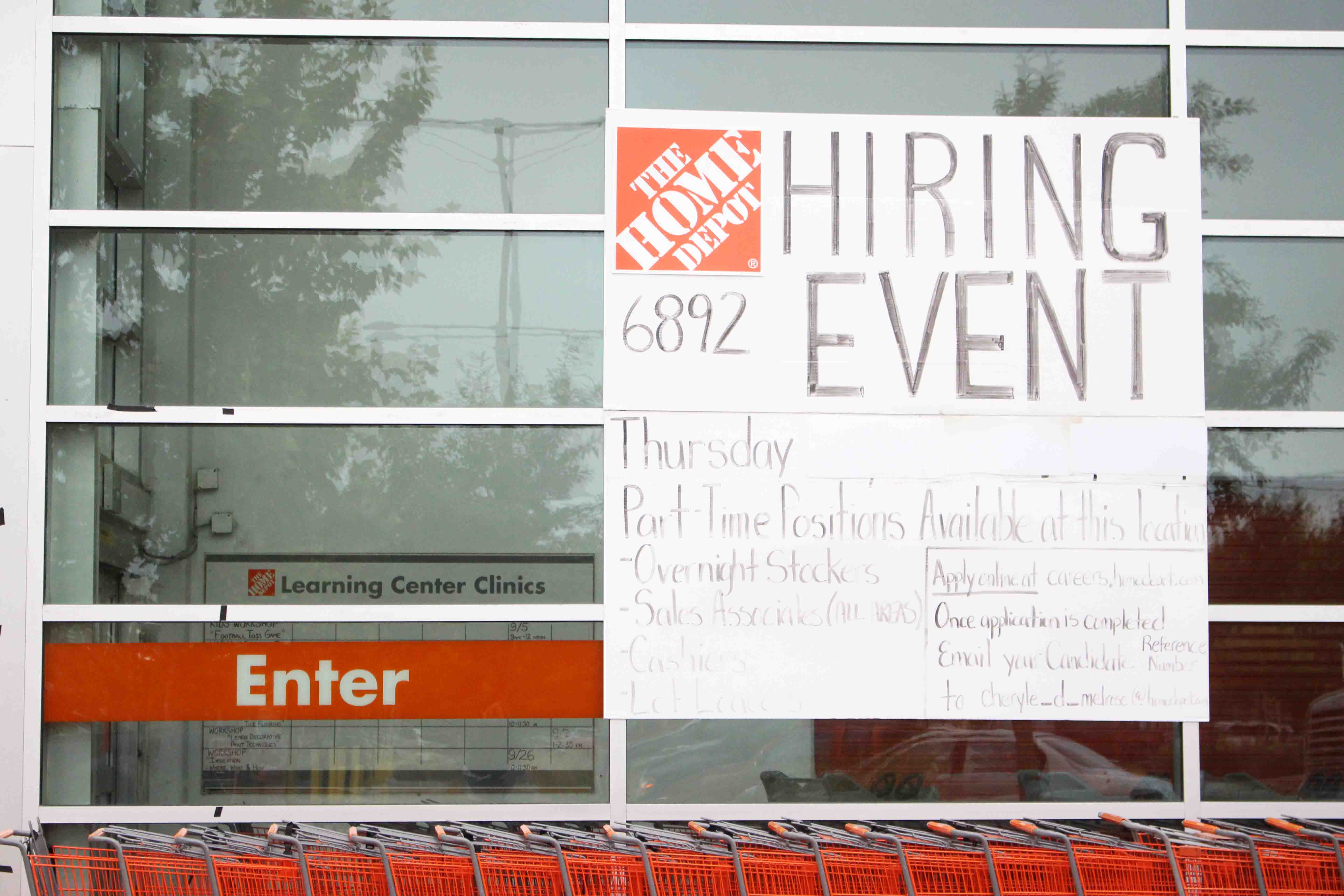 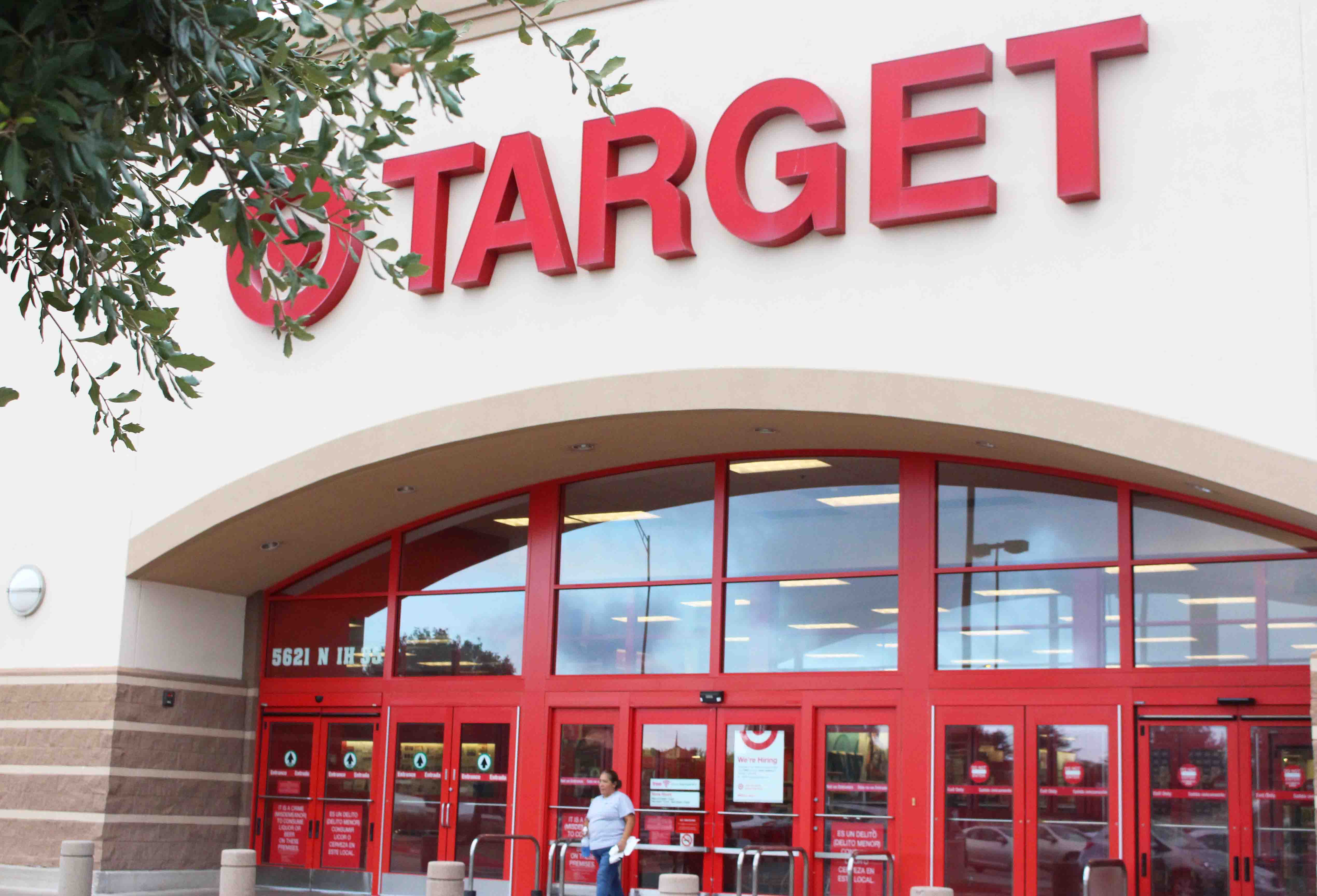 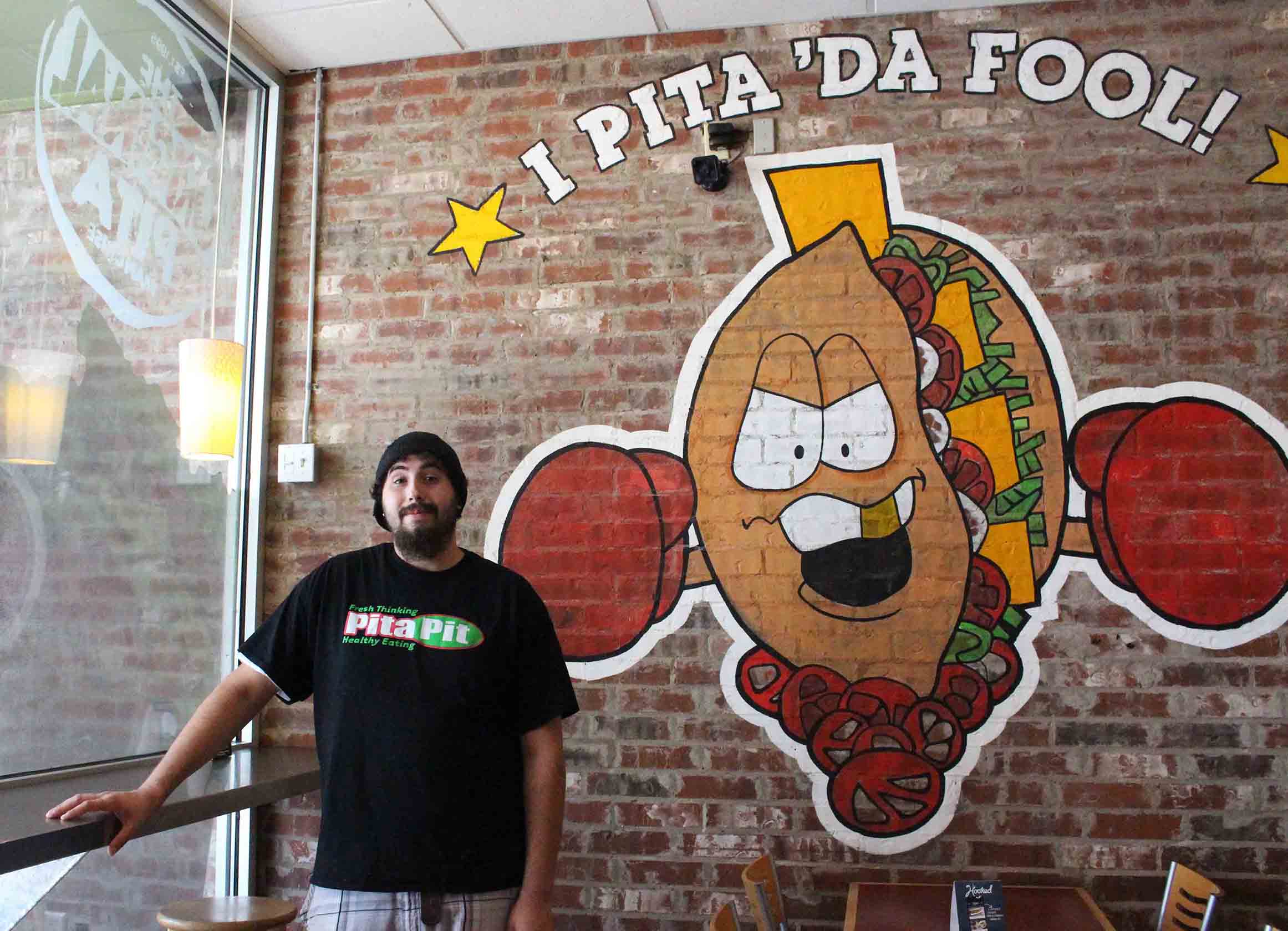 “Stuff can happen when you’re younger, and that shouldn’t dictate the rest of your life,” said Devon Benedict, a manager at Pita Pit who supports banning the box. “It can be a struggle for people if they get turned down for a mistake in the past.” Austin, TX. Sept. 17, 2015. 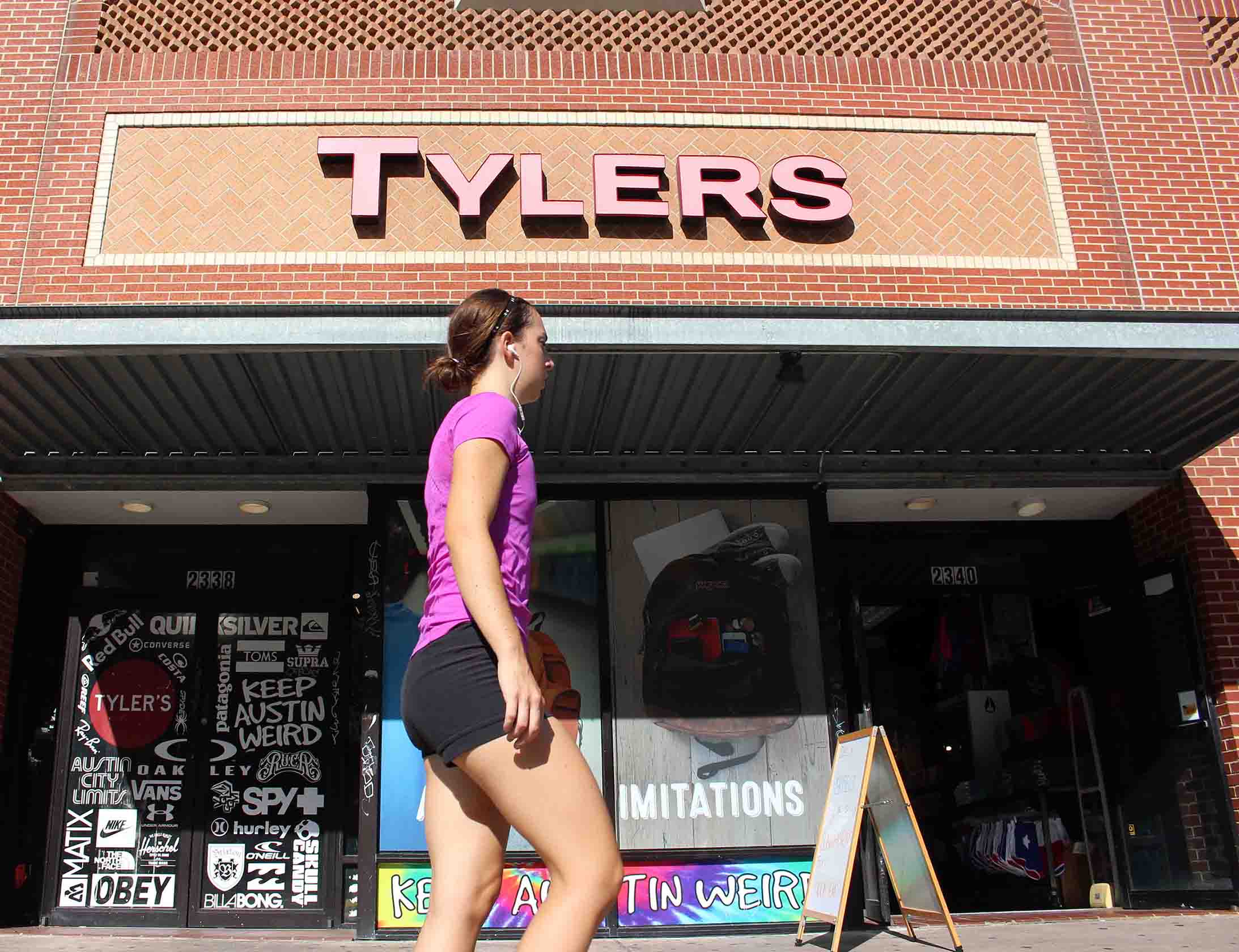 “We’re all young and dumb. We all do stupid things,” said Ashley Simon, general manager at Tyler’s retail store. Though she would like to know about people’s criminal background, she said, at Tyler’s: “We don’t discriminate against anyone.” Austin, TX. Sept. 17, 2015. 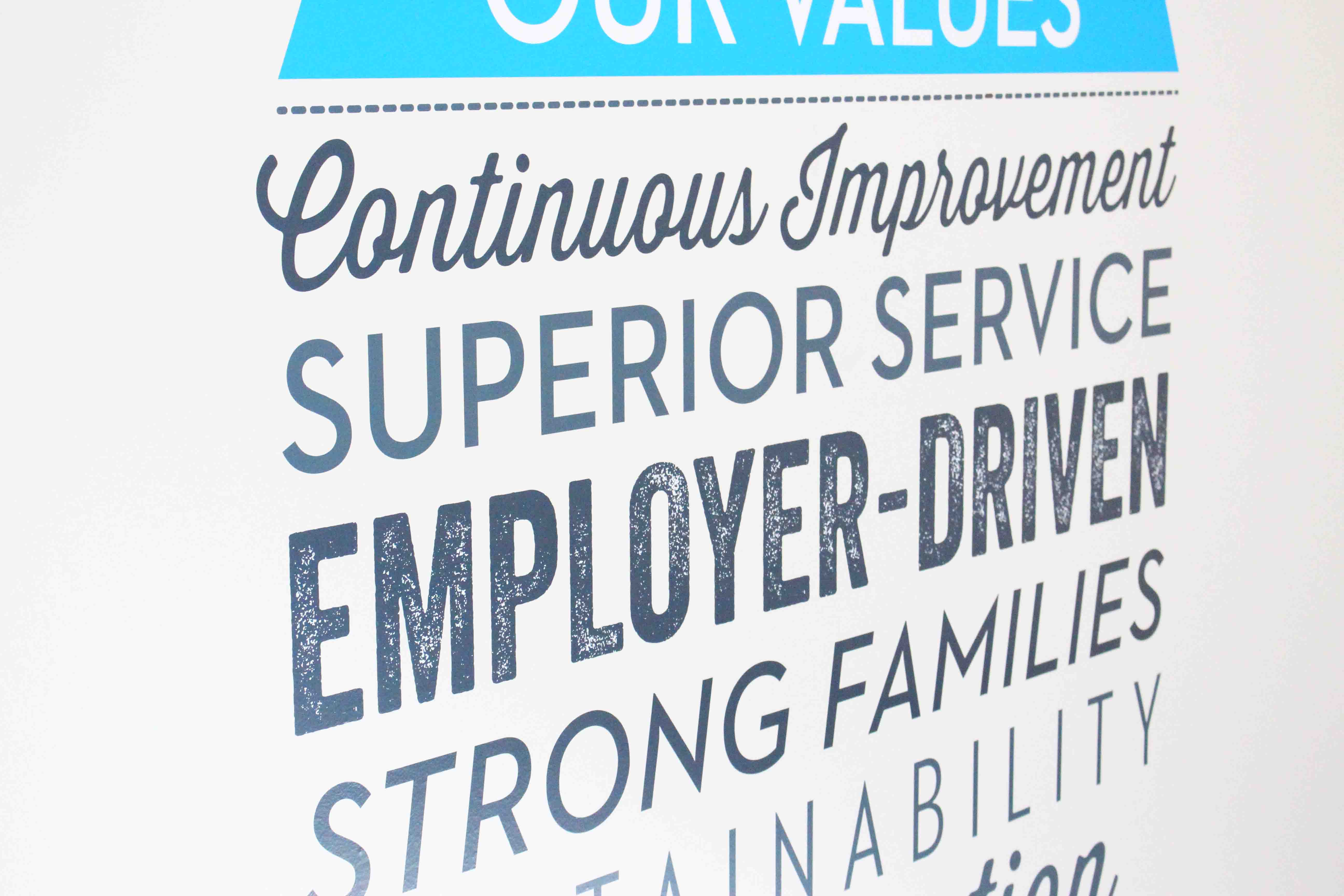 Goodwill Industries says they have “helped people go to work since 1902.” They call themselves employer-driven, connecting more than 300,000 people with good jobs, many who have criminal records. Austin, TX. Sept. 14, 2015. 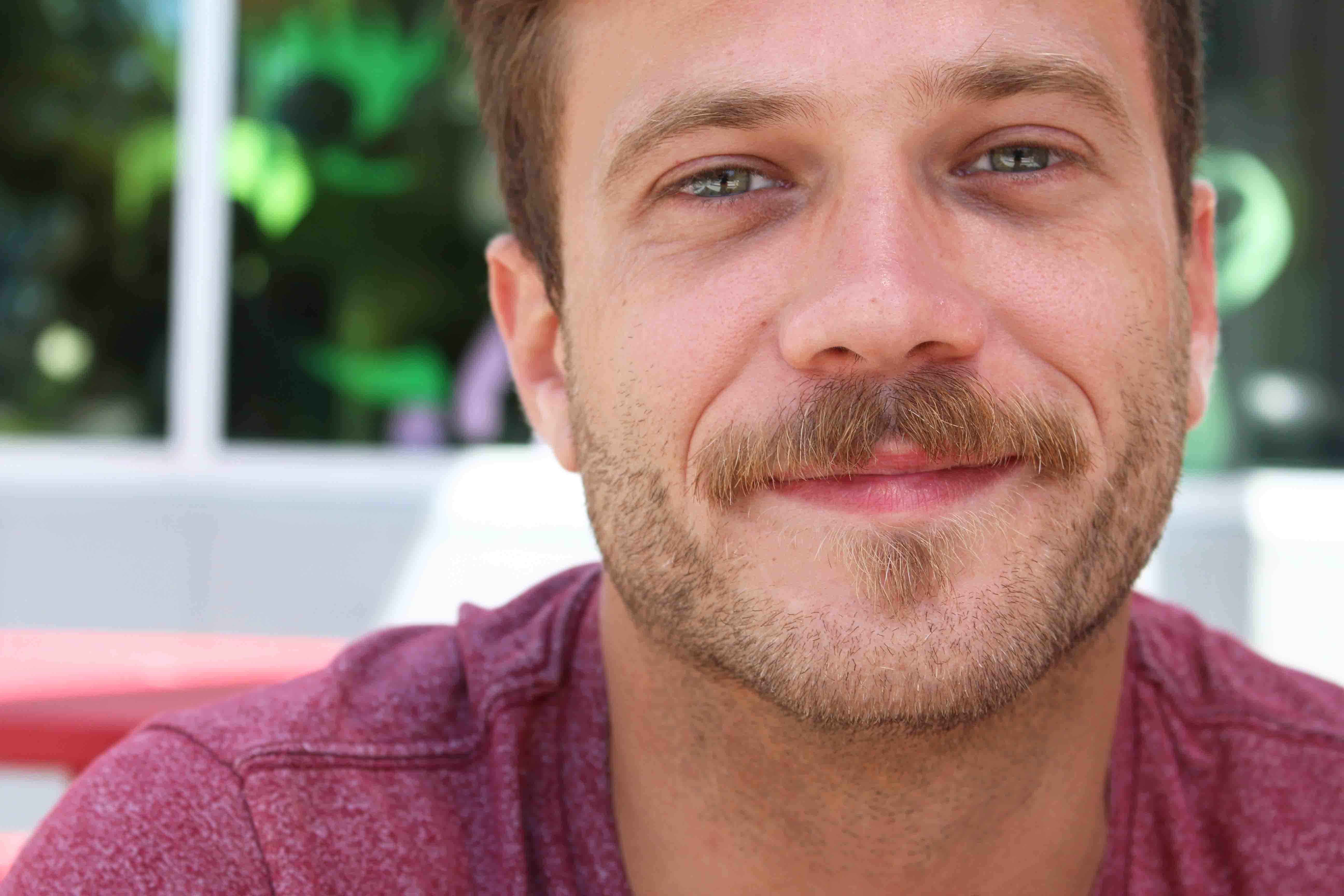 Matt Russo was charged with possession of a controlled substance in 2010. He’s stayed at his current job for the past five years because he’s afraid of entering the job market as a felon. Austin, TX. Sept. 12, 2015.

“Ban the box laws are great ideas for individual businesses to implement for themselves,” said Derek Cohen of the Texas Public Policy Foundation. “But it makes for a very bad blanket policy.”

Cohen said the ordinance would open businesses up to civil lawsuits for non-compliance and force corporations and sensitive industries like law enforcement to create more extensive, tailored hiring practices that could make doing business in Austin more expensive.

He thinks the best solution is to find a way to tackle the criminal history of the individual, not put the burden on the employer. 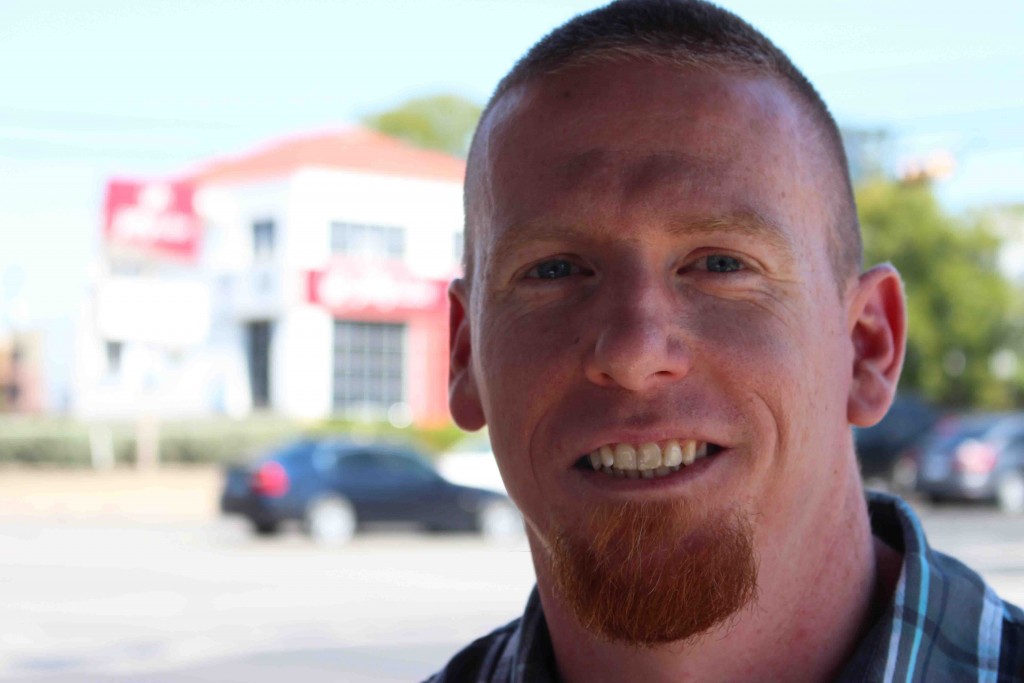 “Recovery puts so much emphasis on character and principles. I really connected with the idea that you can’t be the same person and practice the same behaviors if you expect to stay sober,” said Alex Penrod, when asked if he resembles the man who was charged with felony theft and possession years ago. Austin, TX. Sept. 13, 2015.

Alex Penrod, 28, agrees. He doesn’t think it matters when an employer learns of his criminal record.

Penrod racked up seven charges in two years, mostly related to shoplifting, as he struggled with opiate addiction. He got sober four years ago and hasn’t been in any trouble since. He recently decided to go back to school to become a chemical dependency counselor, a job he knows he can get with his record.

“Am I just a criminal person,” he asked. “Or did I have an addiction that was affecting my judgment and what I would allow myself to do?”

“I know that it’s not society’s job or an employer’s job to distinguish that,” he added. “They could very easily just look at your charges and say ‘I don’t even care what this is about, I just don’t want to hire you.’ And that’s fine. I don’t really have any answers to how society should handle that. I just wish there was a better way for people to reintegrate.”