Latinos: Celebrating While Fighting the Narrative 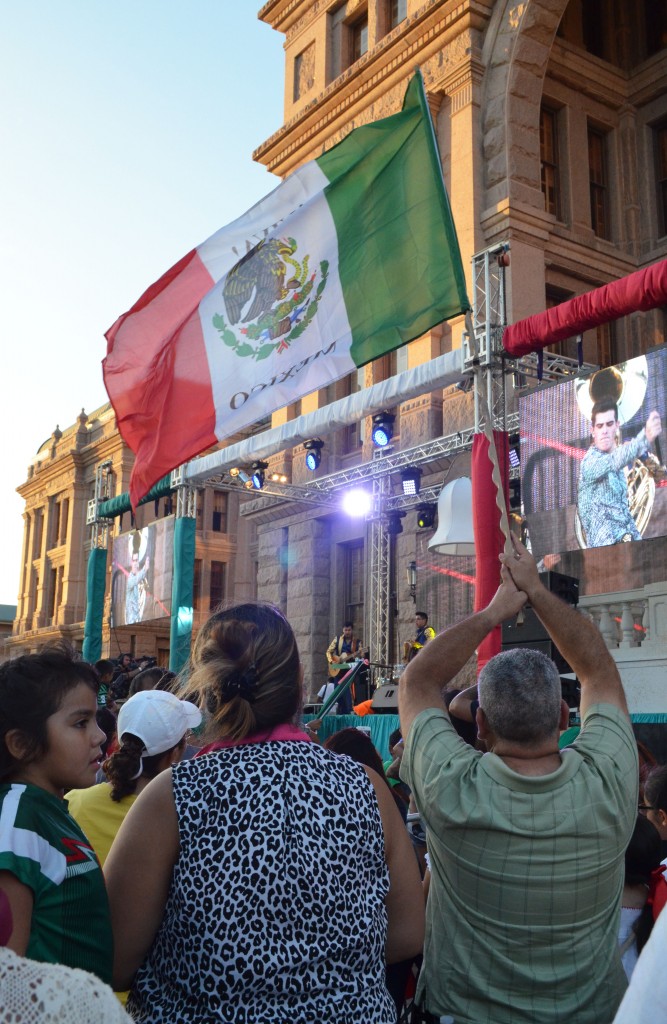 Even though some Americans have no reservations when expressing their negative feelings toward Mexican immigrants, they are here to stay.

Hundreds of latinos brought a wave of red, white and green to the Texas Capitol in celebration of Hispanic Heritage month.  In light of the upcoming presidential election, the immigration discourse surrounding the fastest-growing minority is reaching its peak.

In the current political environment where immigrants are heavily scrutinized, a new study broke down narratives and misconceptions. The research, conducted by the School of Social Work at The University of Texas at Austin, revealed that immigrant teens are less likely to commit crimes and use drugs than their U.S. native counterparts.

Despite research findings, immigration remains a major topic of debate among 2016 presidential candidates.

“No one knows who the Democratic or Republican nominee is going to be,” said Gustavo Arellano, editor of the OC Weekly and nationally-syndicated columnist of “Ask a Mexican.” “But if the Republican nominee wants a chance at winning, they need to stop this anti-immigrant, anti-Mexican rhetoric.”

The research also found that immigrant youths are more likely to report cohesive parental relationships, positive school engagement and disapproving views with respect to adolescent substance use, according to UT News.

Furthermore, a particular discussion that has recently sparked debate is “anchor babies.” The term refers to children born to a noncitizen mother in a country that has birthright citizenship. After Republican candidate Donald Trump criticized the citizenship clause of the 14th amendment, the term caused controversy for those who adopted the language.

“I was born to undocumented parents,” Arellano said. “I come from a family of anchor babies. I know exactly what we contribute to this country. The last time I checked, the American constitution called anchor babies American citizens. So, when you’re calling someone an ‘anchor baby’ you’re demeaning an American citizen, which just goes to show how racist those people are.” 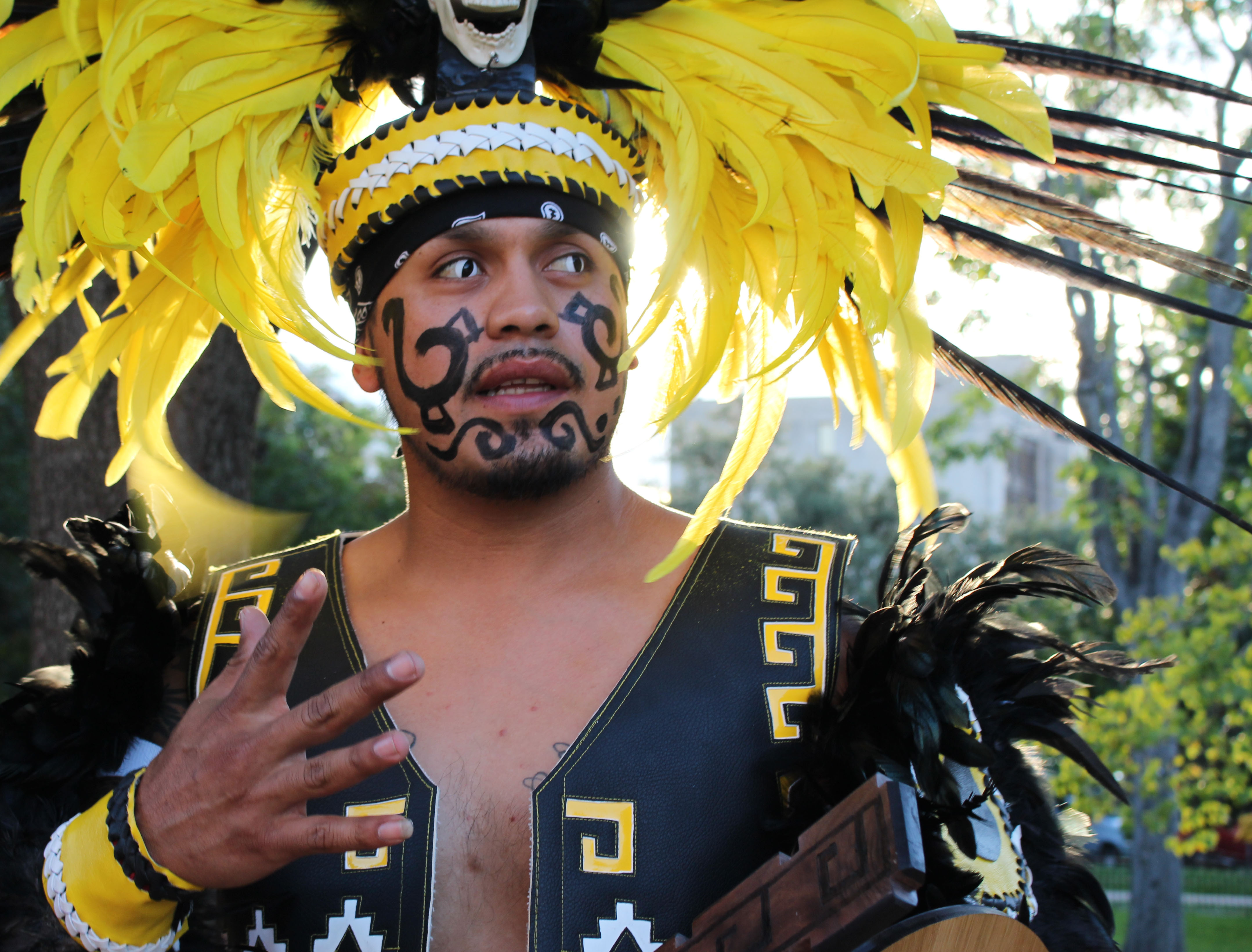 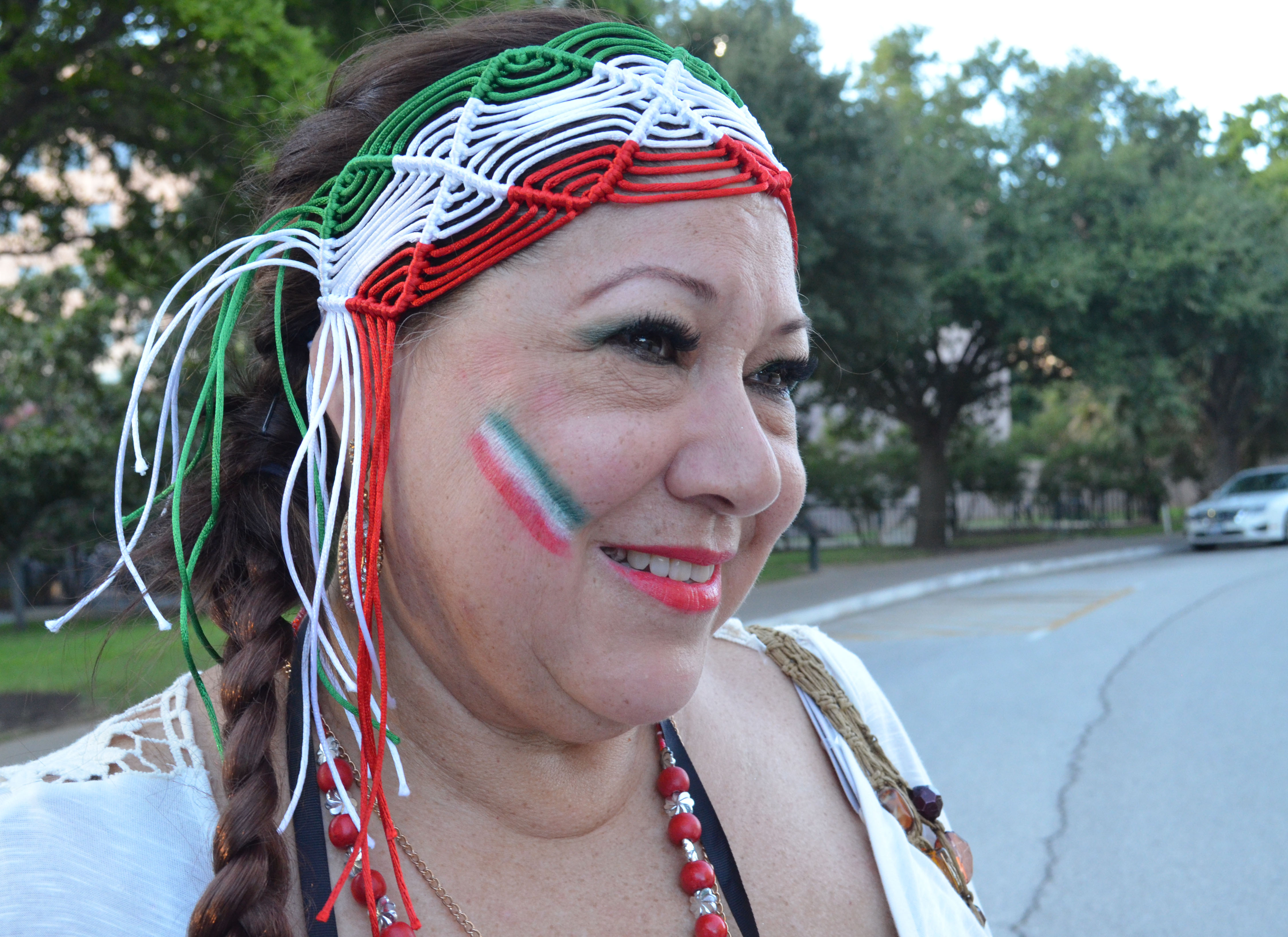 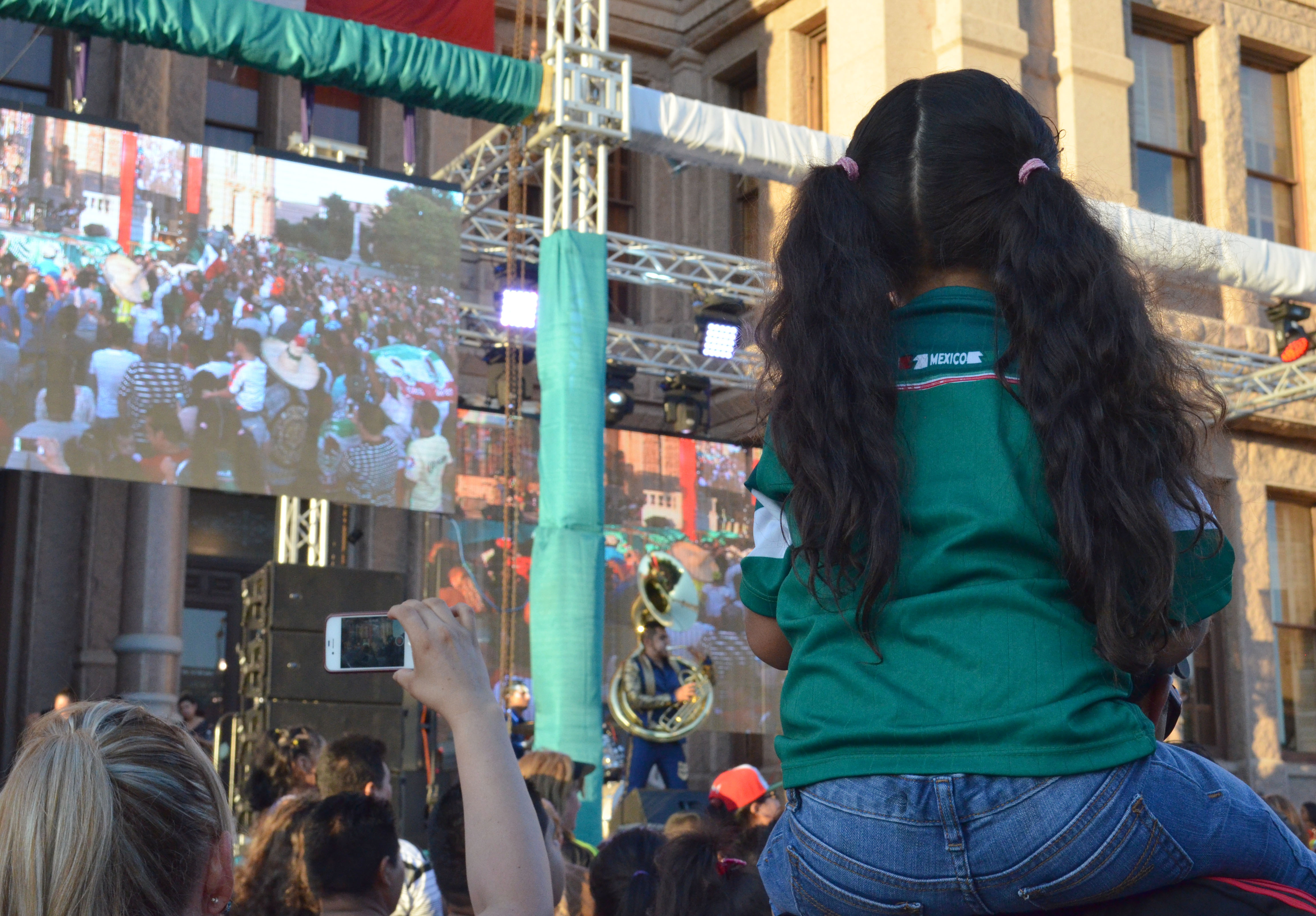 Mexican community members of all ages come together for live musical performances, ballet folkloricos and other cultural renditions at the Texas Capitol. The event commemorated the re-enactment of Father Miguel Hidalgo’s 1810 call for Mexican independence from Spain. Photo by: Jade Magalhaes 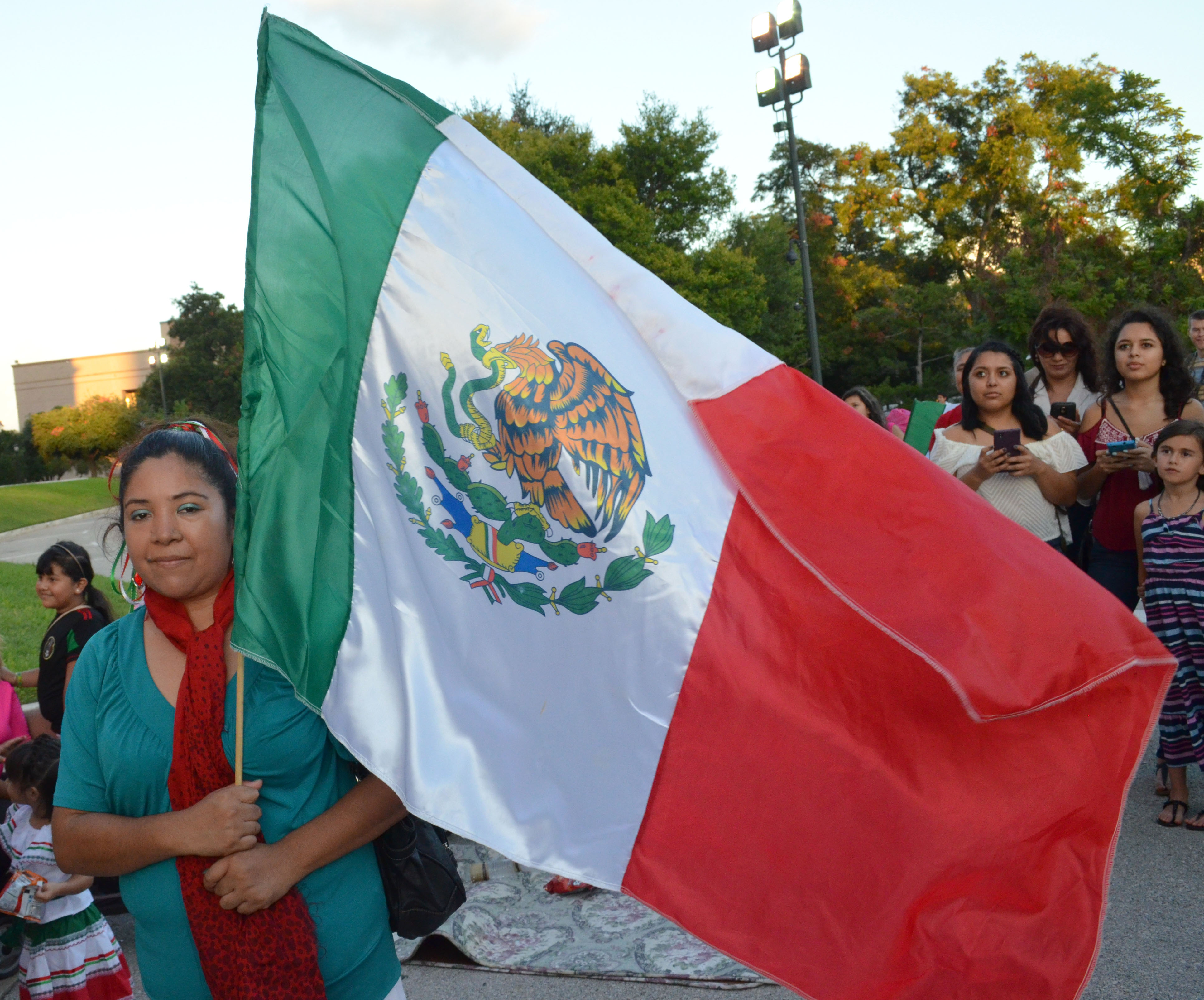 Guadalupe Cruz, a Mexican immigrant, shows that she is proud of her heritage by wearing green, white and red attire while waving her flag during singer Adriel Favela’s performance. Photo by: Jade Magalhaes 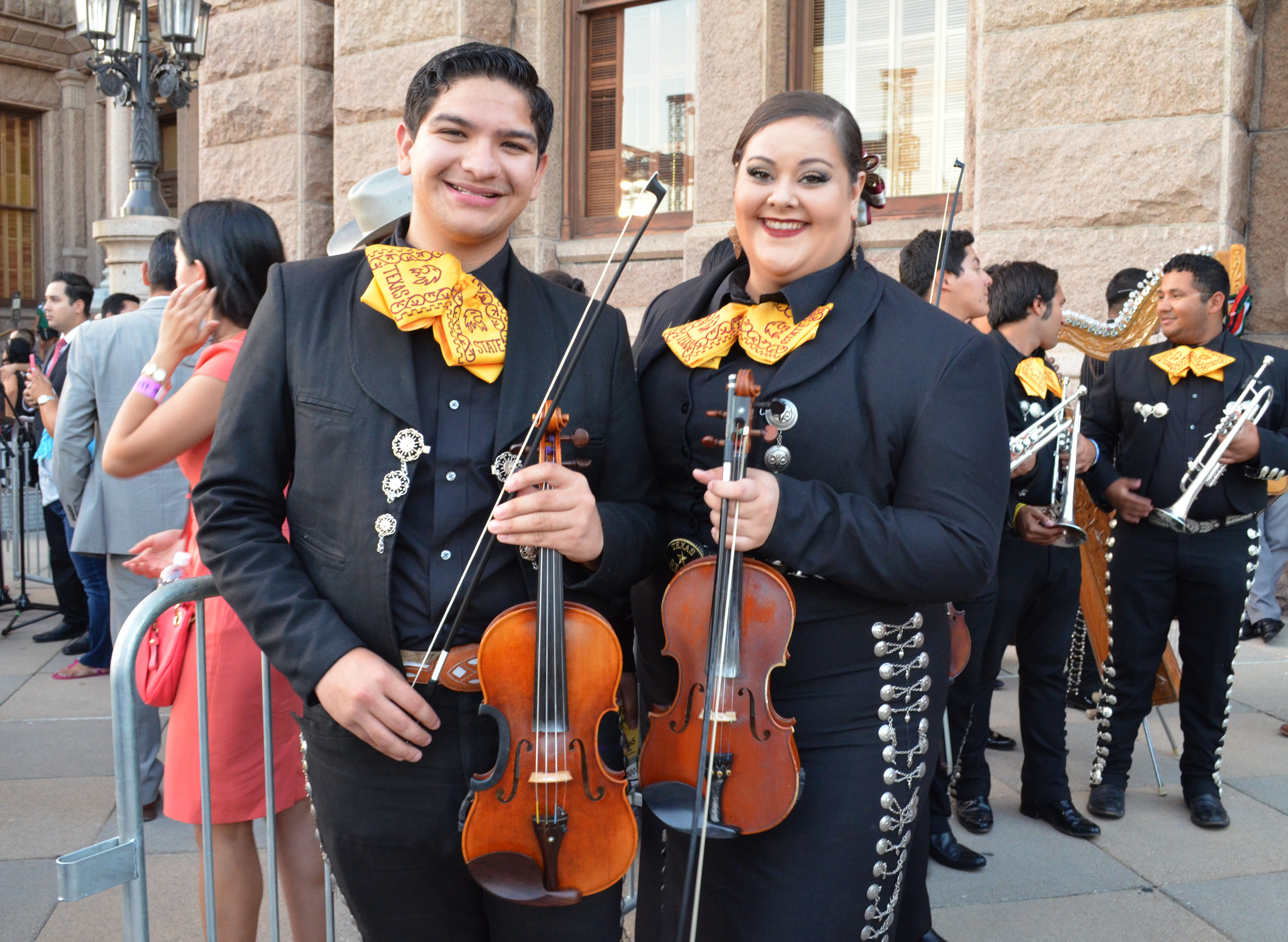 Two members of Texas State’s Mariachi Nueva Generación, one of the leading university mariachis in Texas, get ready to take the stage before their performance. Photo by Jade Magalhaes 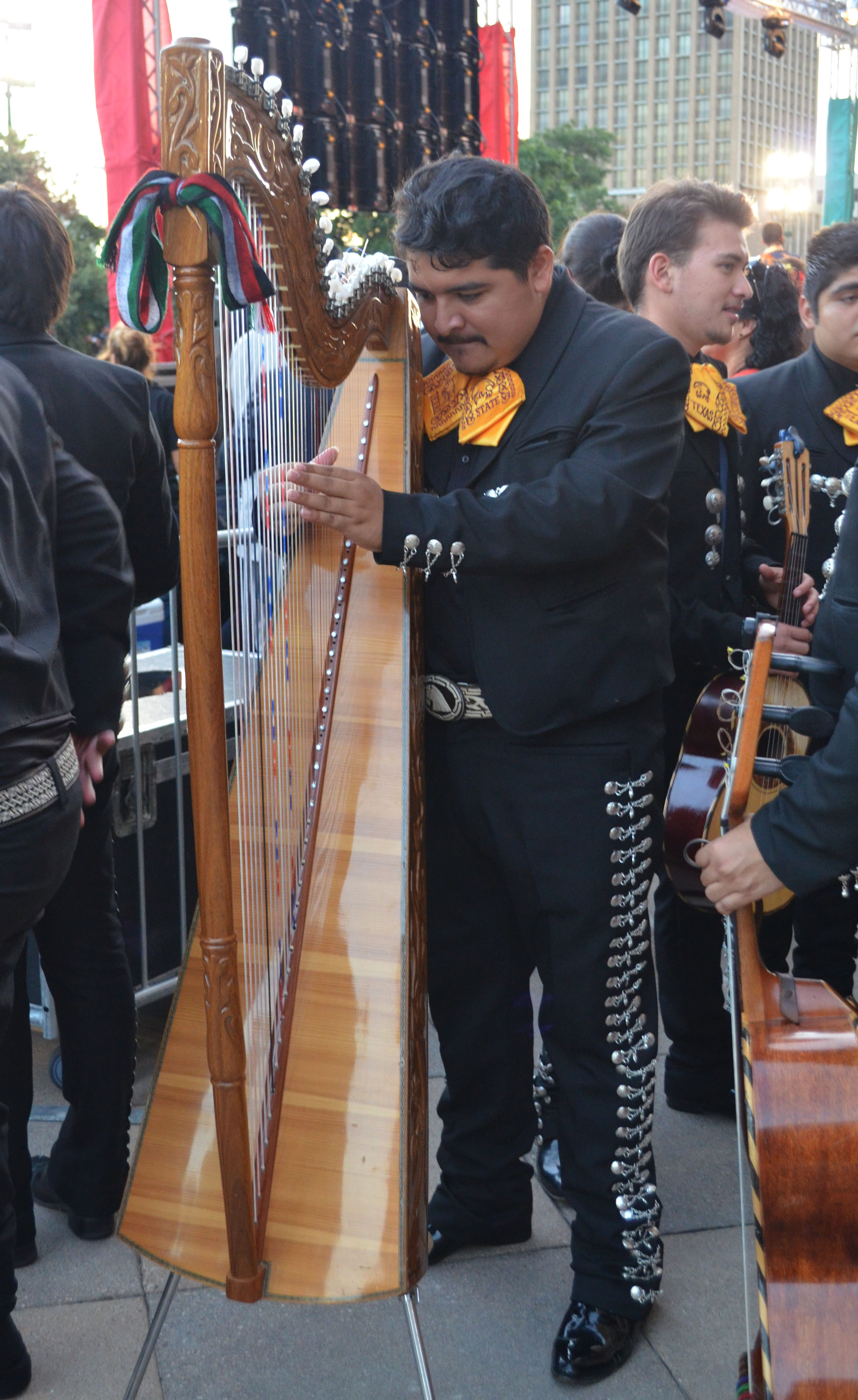 Musician from Nueva Generación tunes his harp for the performance of classic melodies such as “El Rey” by Vicente Fernandez. Photo by Jade Magalhaes 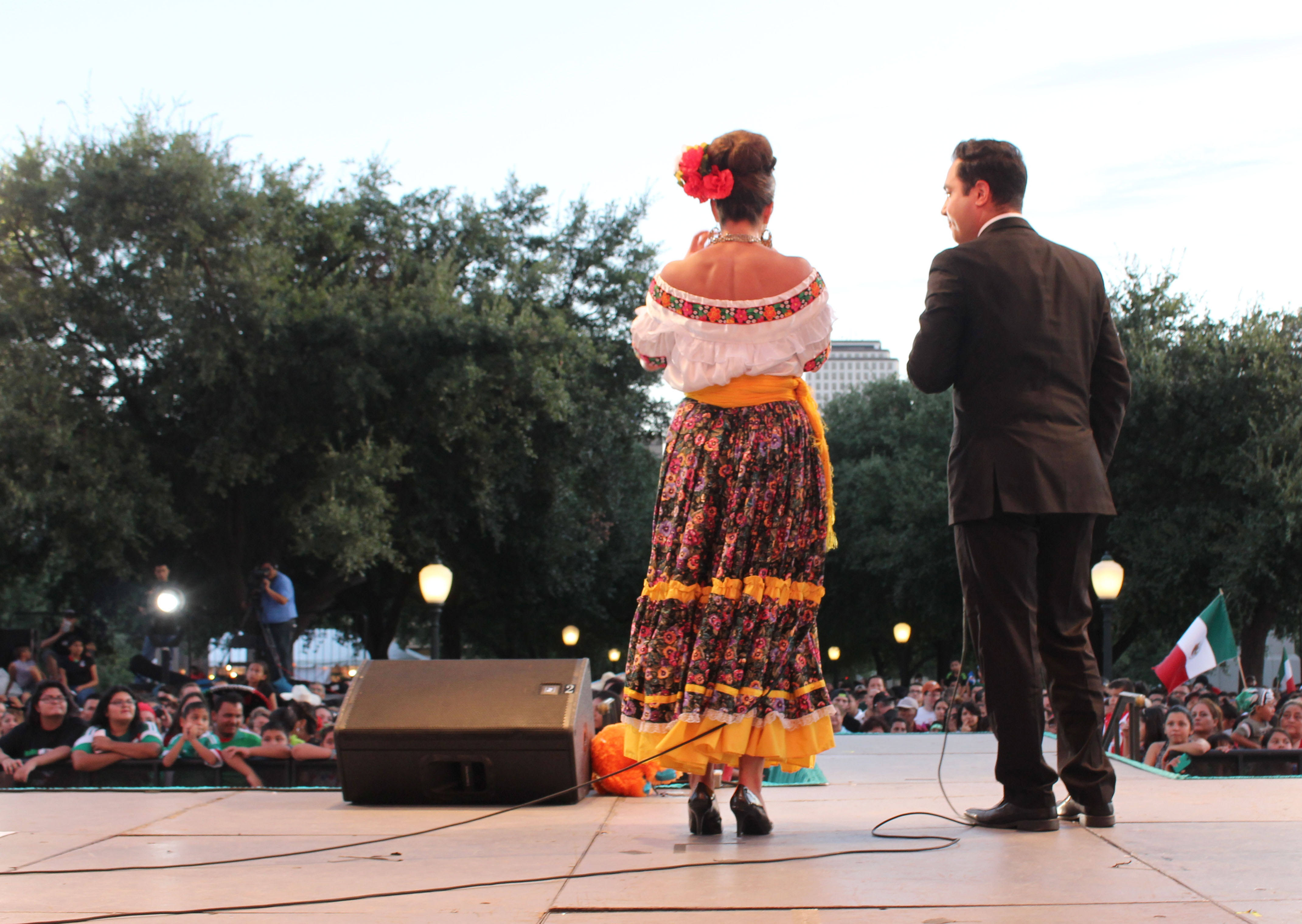 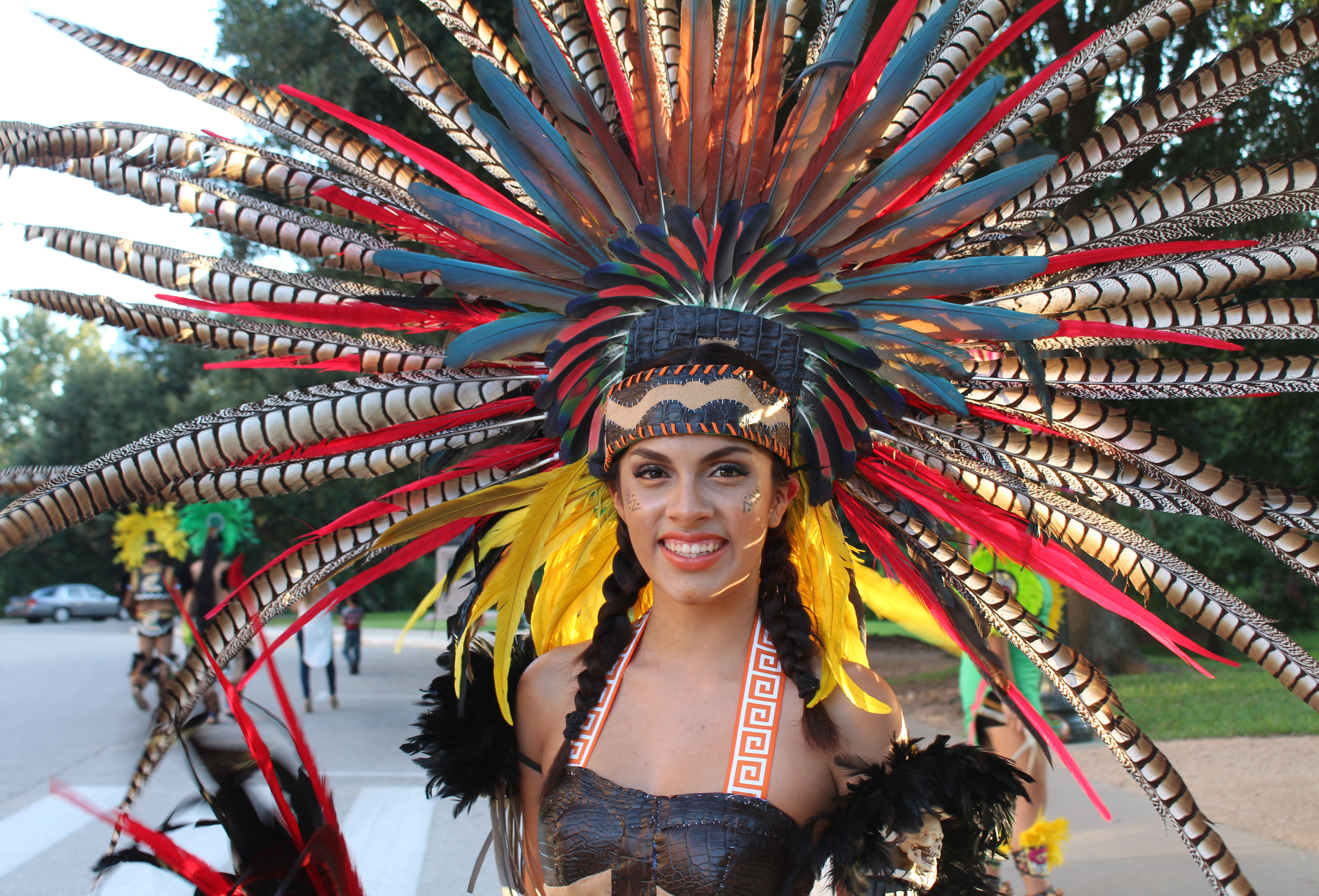 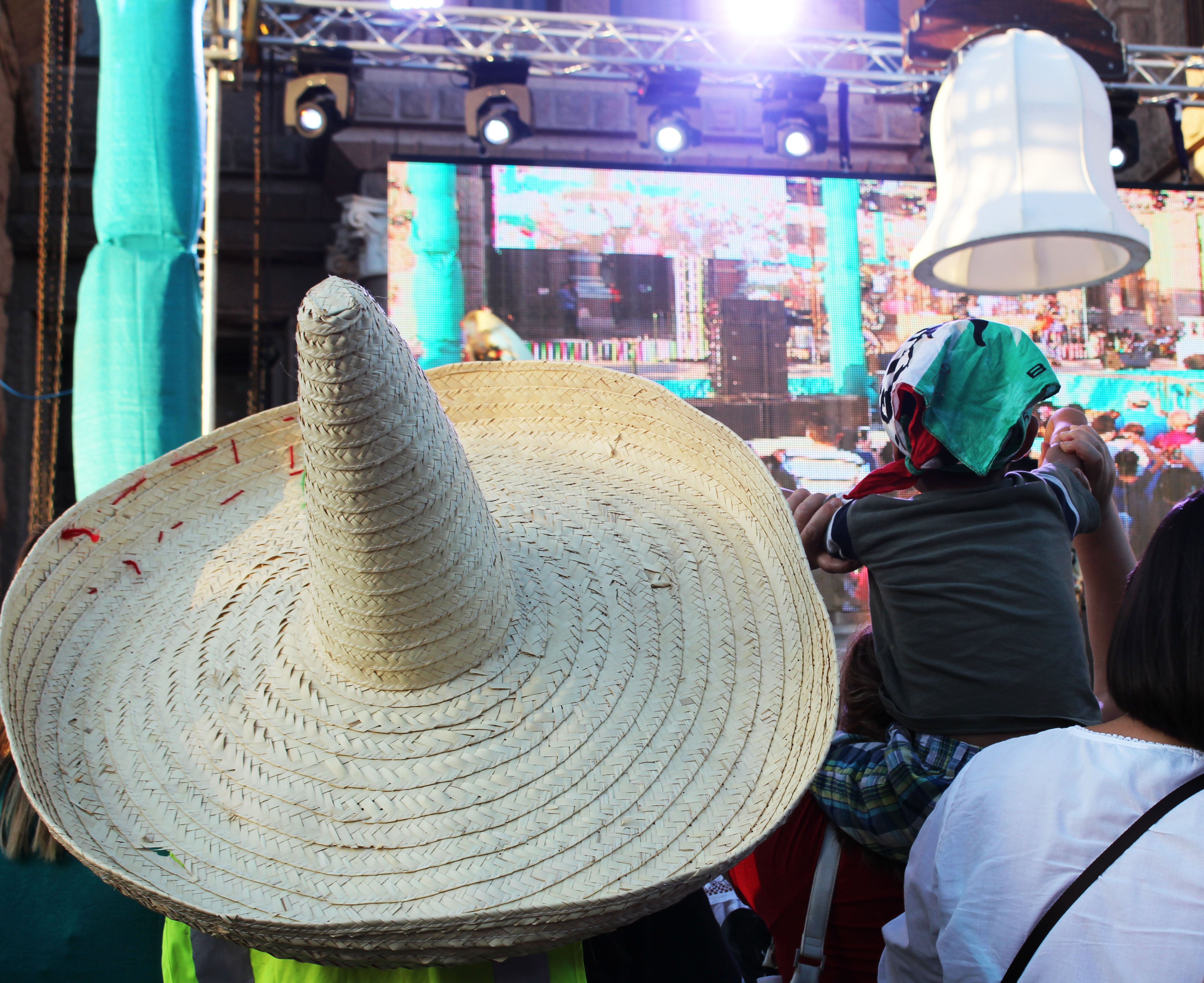 A mother puts her young son on her shoulders to catch a glimpse of performers singing on stage. Photo by Cassandra Jaramillo 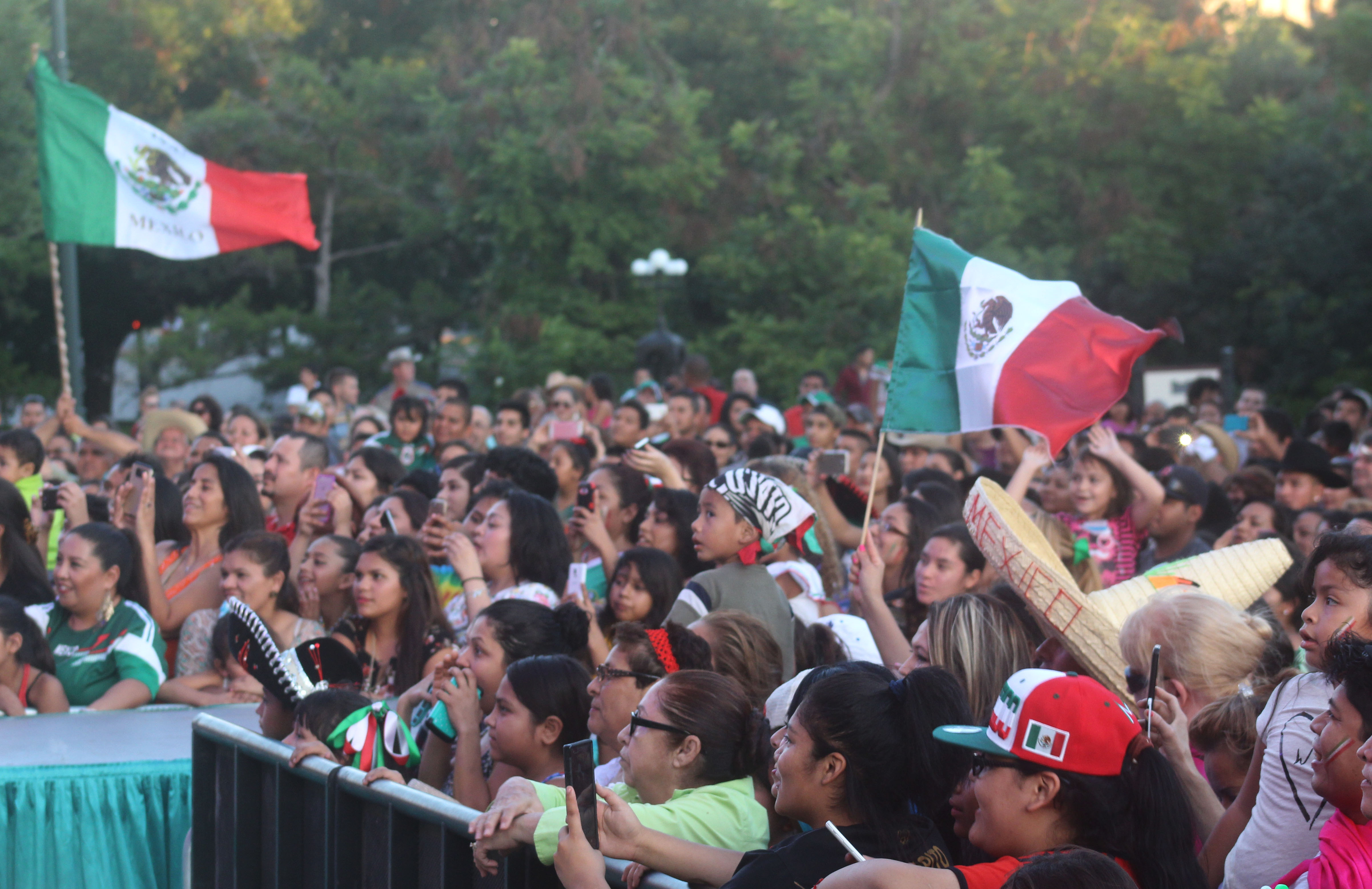 Crowds look on to the performance for El Grito celebration on Sept. 15. El Grito in Austin attracts thousands of audience members each year to celebrate Mexican independence day. Photo by Cassandra Jaramillo

Certain students on the UT campus are working to defy the stereotypes that surround the Latin community. 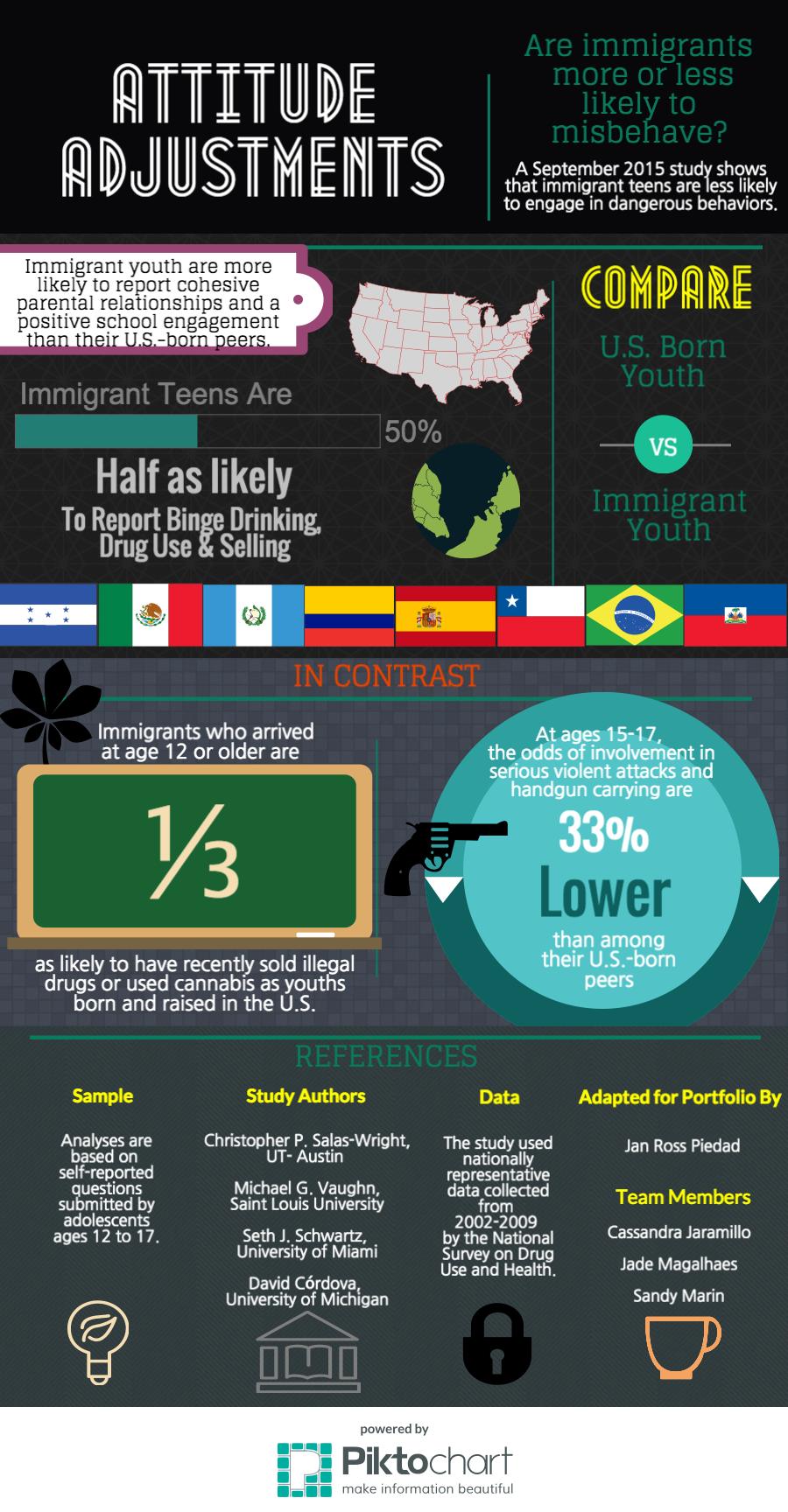 Camila Olmedo, from Bolivia, is studying economics and nonprofits in social entrepreneurship. She moved to Texas three years ago to follow some of her brother’s footsteps.

Although Olmedo and her brother are not American, they knew they wanted to do something beneficial for the community. The siblings, their cousin and other friends brainstormed in their apartment and founded “Starting Americas Together” (START).

“We recognize that we are very lucky [to be able to] study here,” Olmedo said. “It is definitely a sacrifice to us and to our parents to make this move. We definitely want to be on task and involved to get the most out of this opportunity.”

The organization’s goal is to connect students from different countries in North America, Central America and South America. They put together several different philanthropic projects each year to bring awareness to certain issues facing those countries and send members to volunteer abroad.

The group is currently working to raise funds for a new project called “H2O: Water is Golden.” START plans to hire a water truck that will provide clean water to the community of Campo Rancho Cerro Verde in Bolivia on a weekly basis. Through clothing drives, contests and community outreach, Olmedo hopes to complete the project before she graduates.

Although the organization has accomplished many goals, Camilla believes there is still a lot of room for improvement for the mostly Latin group.

With a new START chapter being established at Texas A&M, this group of immigrant students hopes to expand and make a difference.