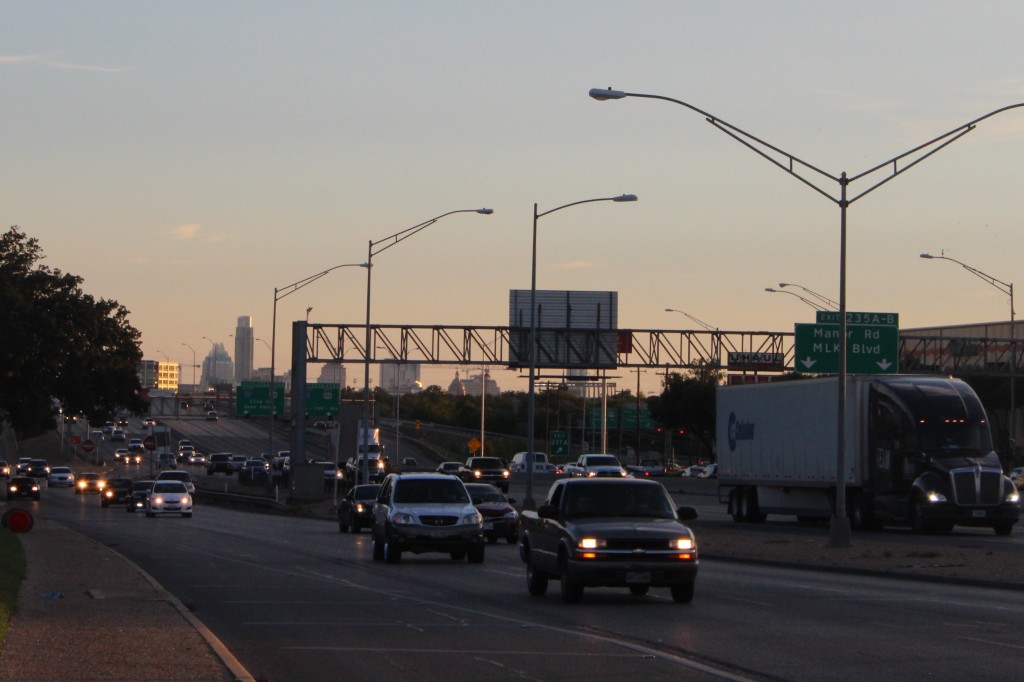 Austinites complain about traffic, it’s almost like a hobby.

When someone even mentions I-35 or Loop 1, a commuter will often roll his or her eyes and explain how long they waited on one street or another.

Now the most recent Urban Mobility Report conducted by Texas A&M University provides statistical proof for drivers. In the report, Austin ranked among the worst in several traffic congestion statistics because of poor pragmatic infrastructure planning according to an urban mobility expert. Traffic has negative societal consequences as well as economic consequences but traffic technology may soon be able to help the congested city.

Dr. Tim Lomax, a senior research engineer at Texas A&M’s Transportation Institute and one of the authors of the Urban Mobility Report, said that Austin’s traffic problems resulted from intentional inaction.

“Austin back then had this philosophy of we don’t want to be this giant metropolitan area we want to stay our sleepy little town… so if we just don’t build any roads, nobody will come here. Well, you can tell let’s don’t build it and maybe they won’t come doesn’t work spectacularly,” Lomax said. 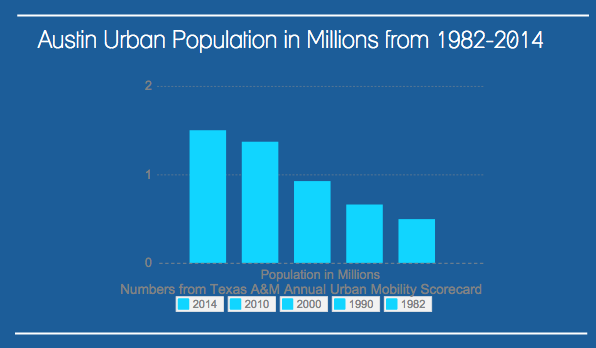 Gus Elliott, a native austinite, agreed with Lomax’s statement on Austin failed to improve the infrastructure.

“I’ve never researched it or anything but that was always the mentality…nobody would come if we didn’t build anything. So, obviously that backfired,” Elliott said.

Austin freeways have especially suffered from congestion problems. According to data from the Urban Mobility Report, Texas ranked the third worst in the nation for the Freeway Travel Time index; a statistic that measures the difference in time a trip would take during rush hour than low-trafficked conditions on freeways. 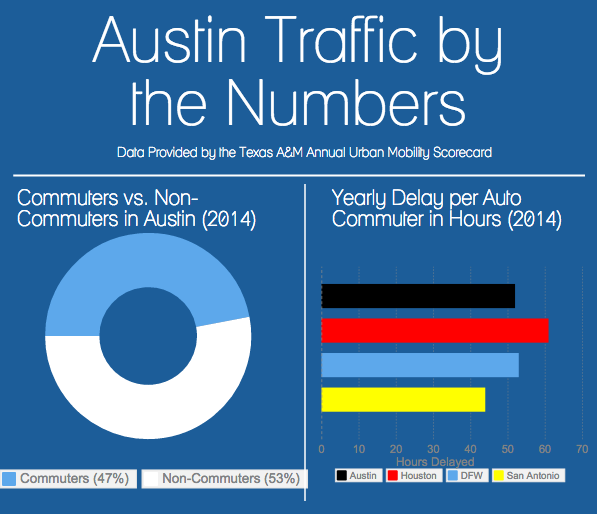 Austin scored a 1.50 on the index, which means a 30-minute trip early in the morning would take 45 minutes during rush hour in Austin. Only Los Angeles and Honolulu scored worse in this measure and Los Angeles County has nearly nine million more people than Travis County where Austin is located, according to the US Census Quickfacts 2014 estimates (Honolulu has had an interesting mix of natural limitations and infrastructure problems similar to Austin according to this magazine article). 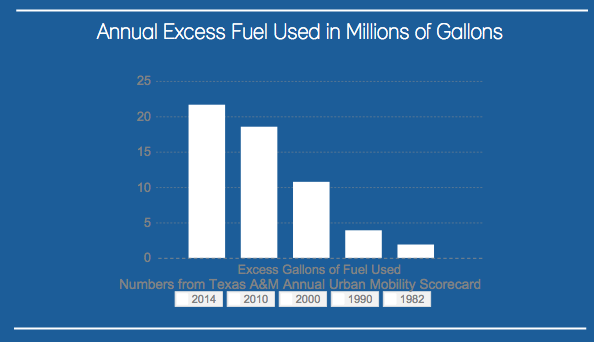 Not only does congestion have a negative economic cost to society as extra gas is consumed while waiting in traffic but it can generate a negative societal impact as well according to Lomax.

“The amount of time and effort that we have to… plan around congestion is much more than the amount of extra time on the road,” said Lomax. “If you really have to be somewhere on time you can’t just rely on that average amount of time otherwise you would be late half the time.”

But there isn’t one simple way to fix congestion in Austin according to Lomax. Lomax said it’s not realistic to expand I-35 or other streets by multiple lanes to solve the traffic problem so Austin must employ other methods to help fix the problem.

“With technology and policy practices I think we can make traffic congestion more predictable,” said Lomax.

And Austin is looking to do so with new technology system they are implementing to help coordinate traffic from a centered location according to their Traffic Congestion Action Plan.

“By monitoring traffic cameras and signal systems in a single operation center, staff can maximize the efficiency of existing roadways and better respond to system abnormalities such as accidents, inclement weather and special events,” the plan states. 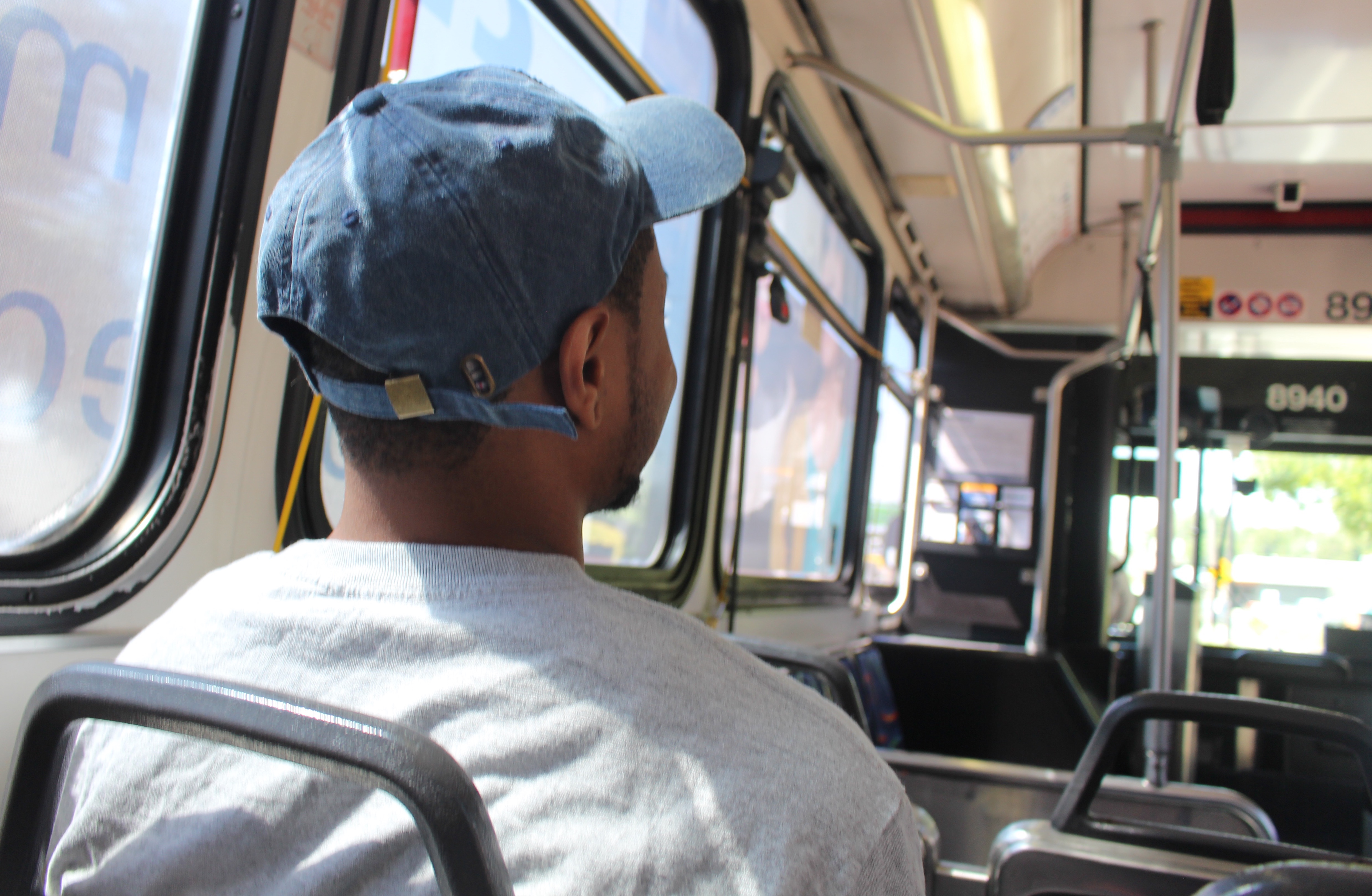 Capital Metro not only has the MetroBus but also the MetroRapid, MetroRail and Metro Ride Share. 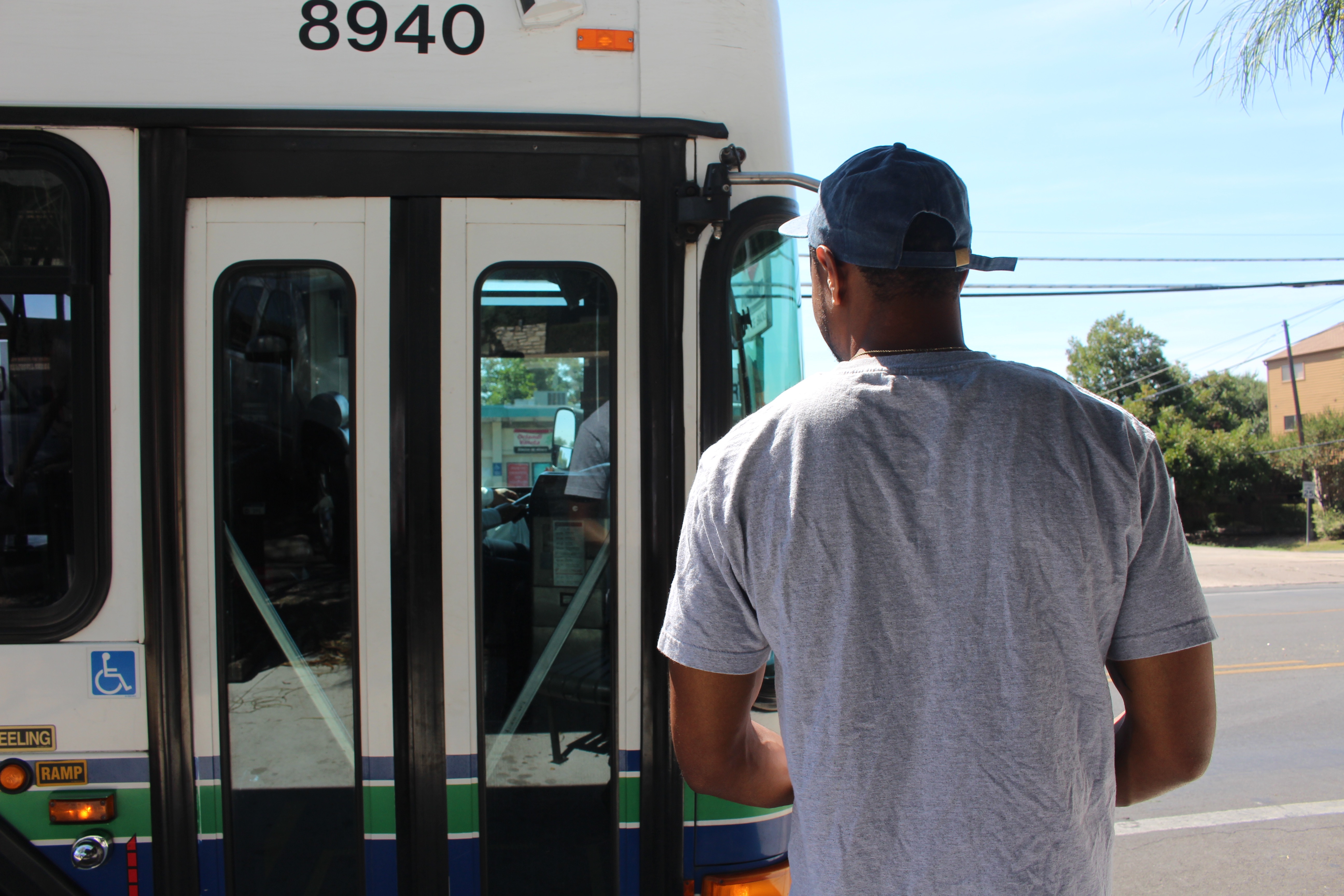 Toney Lattimore Jr. says, “Riding the bus to work saves me so much money. I don’t have car payments or insurance payments and I don’t add an extra car to traffic.” 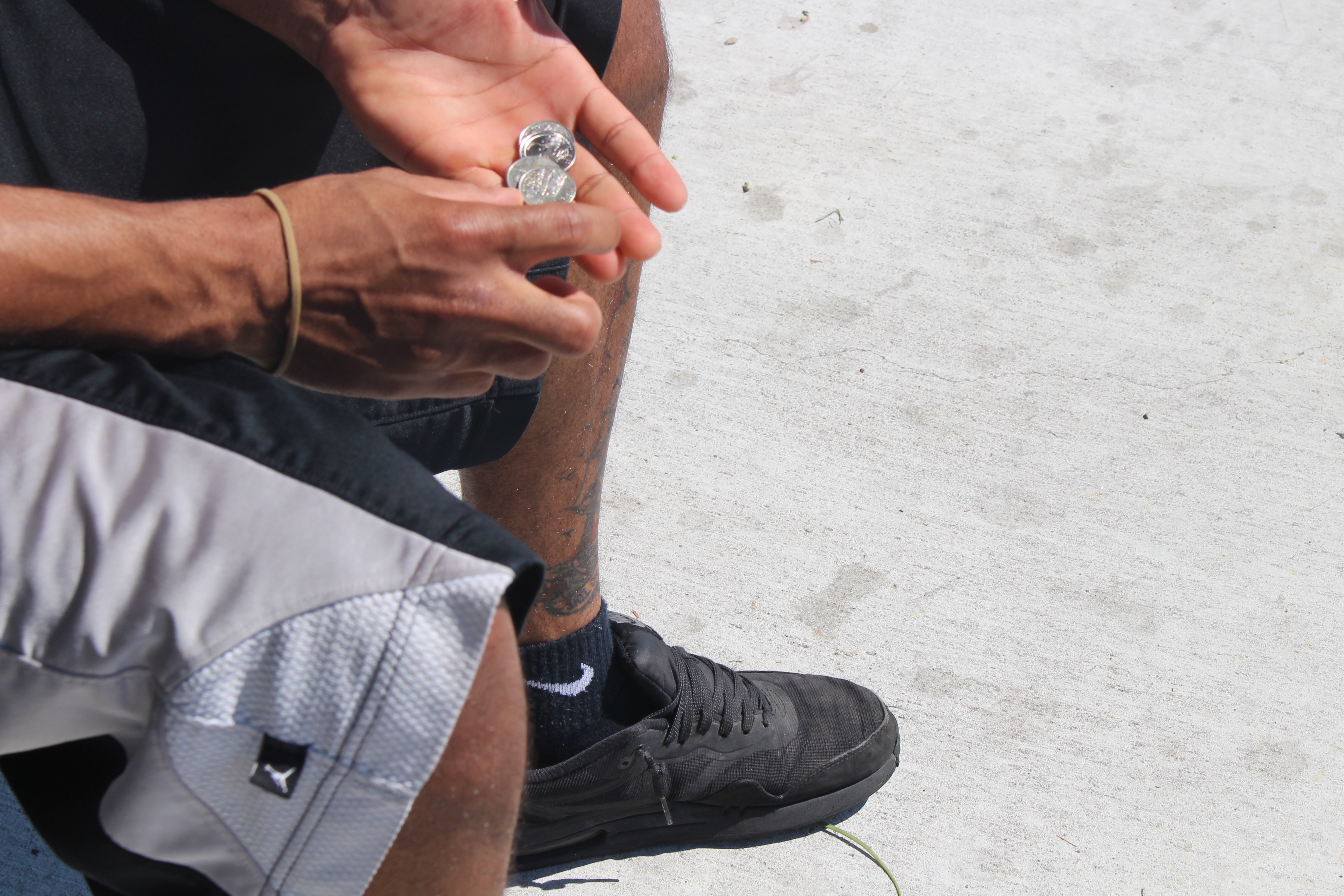 The city of Austin also counts with a variety of public transportation at a relatively low cost. 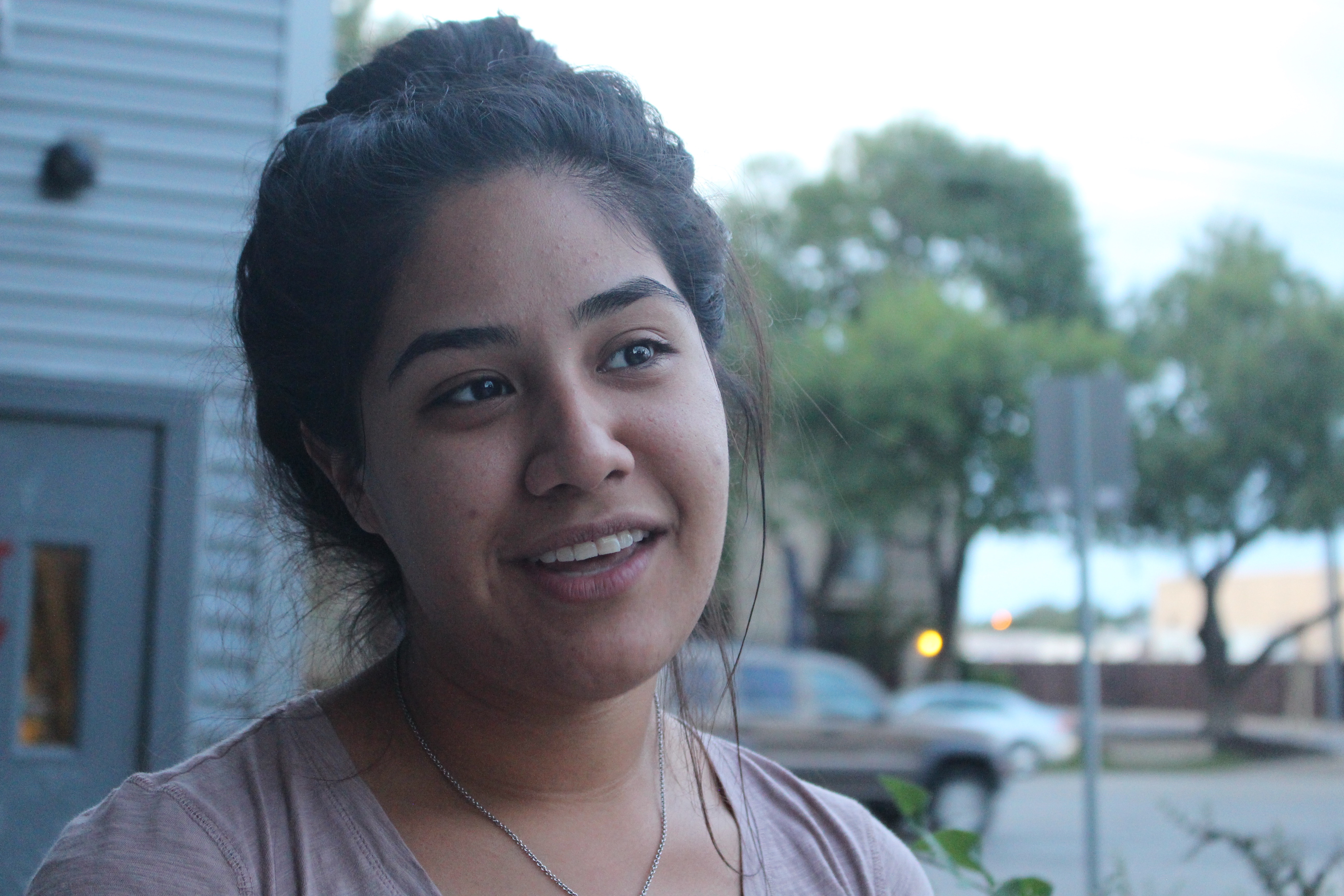 Betsy Martinez says, “I think walking is a great way to get to where I need to go.” 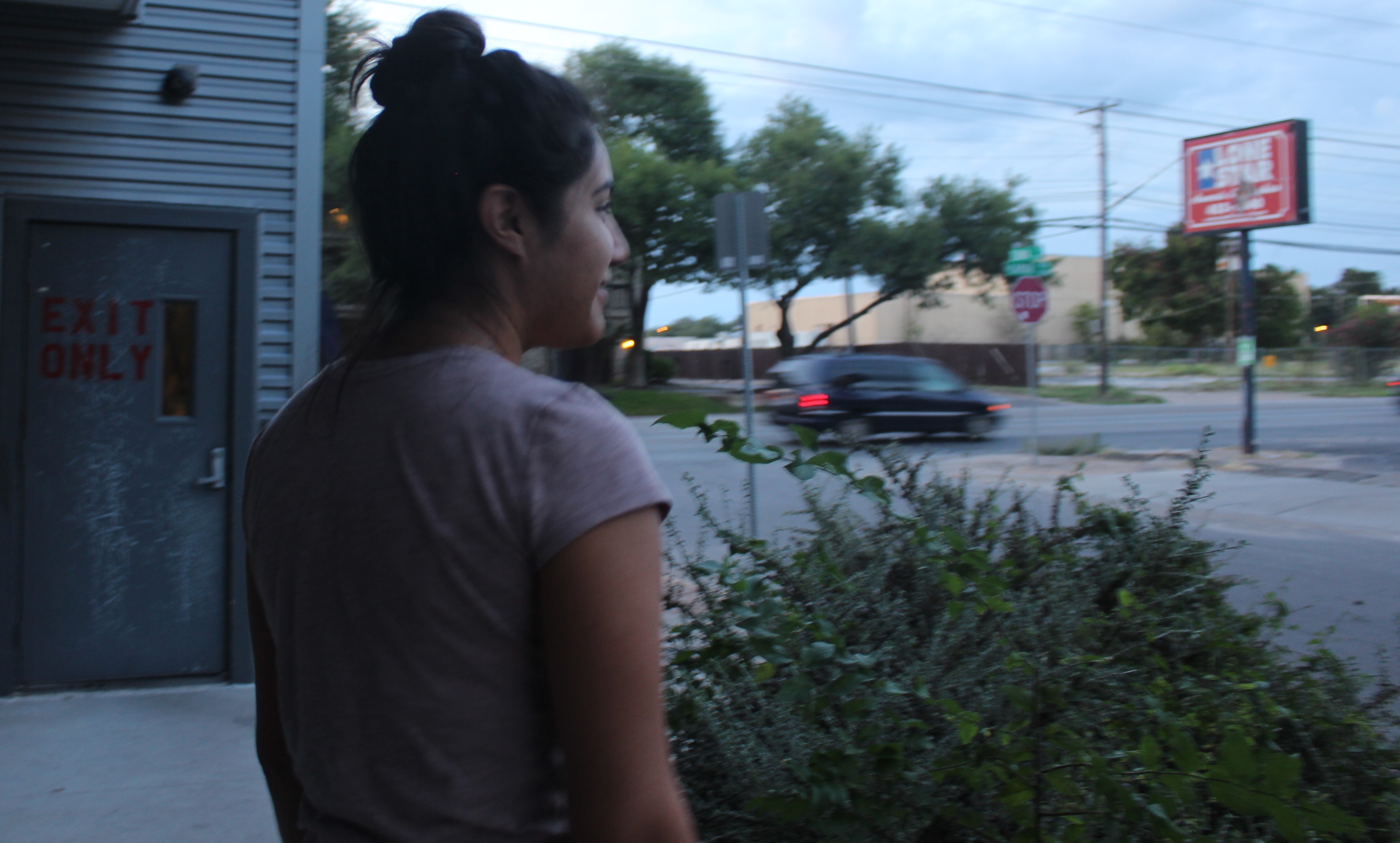 Betsy Martinez says, “I just avoid the traffic and get a workout at the same time.” 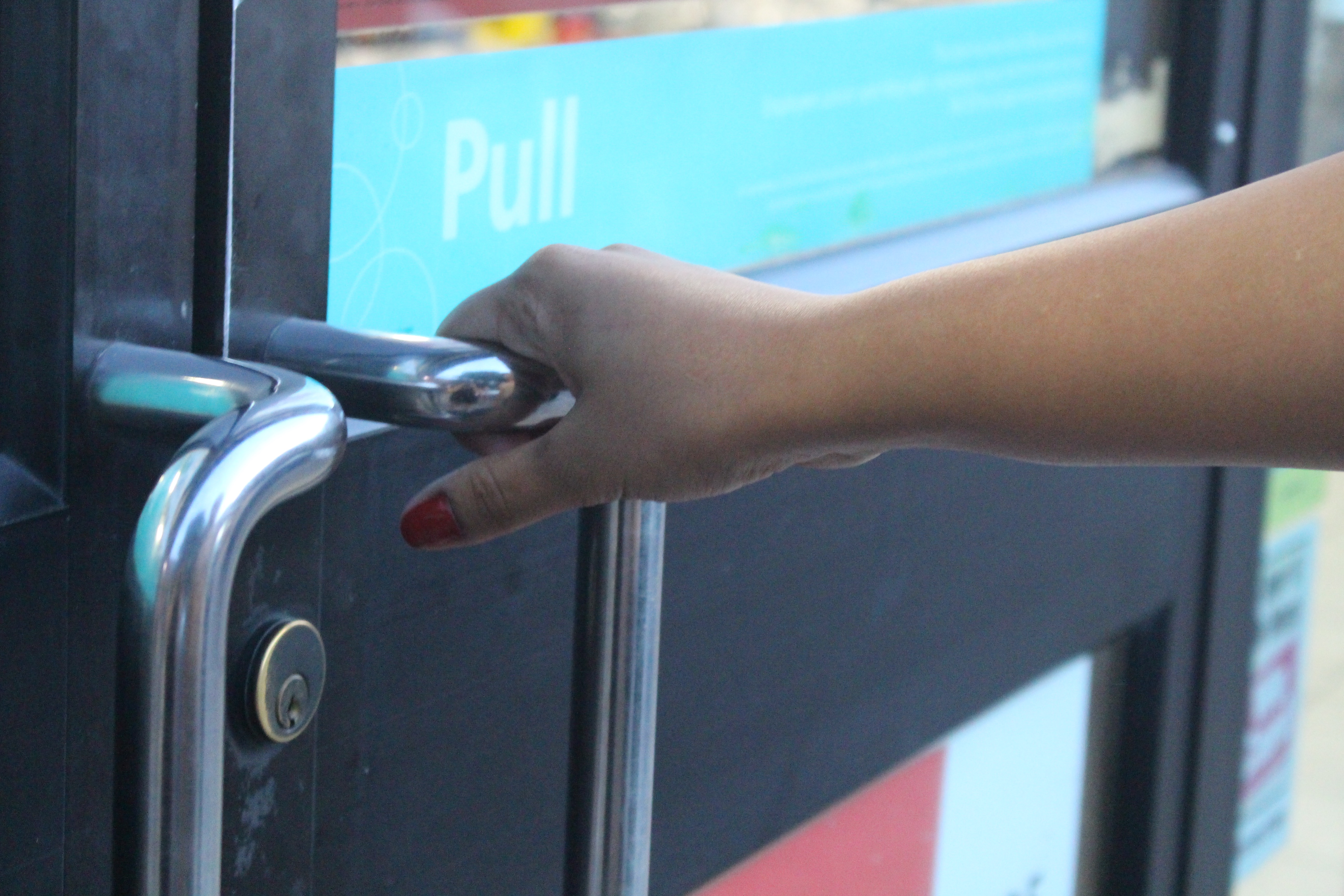 The American Heart Association says, walking “reduces the risk of coronary heart disease and the risk of colon and breast cancer.” 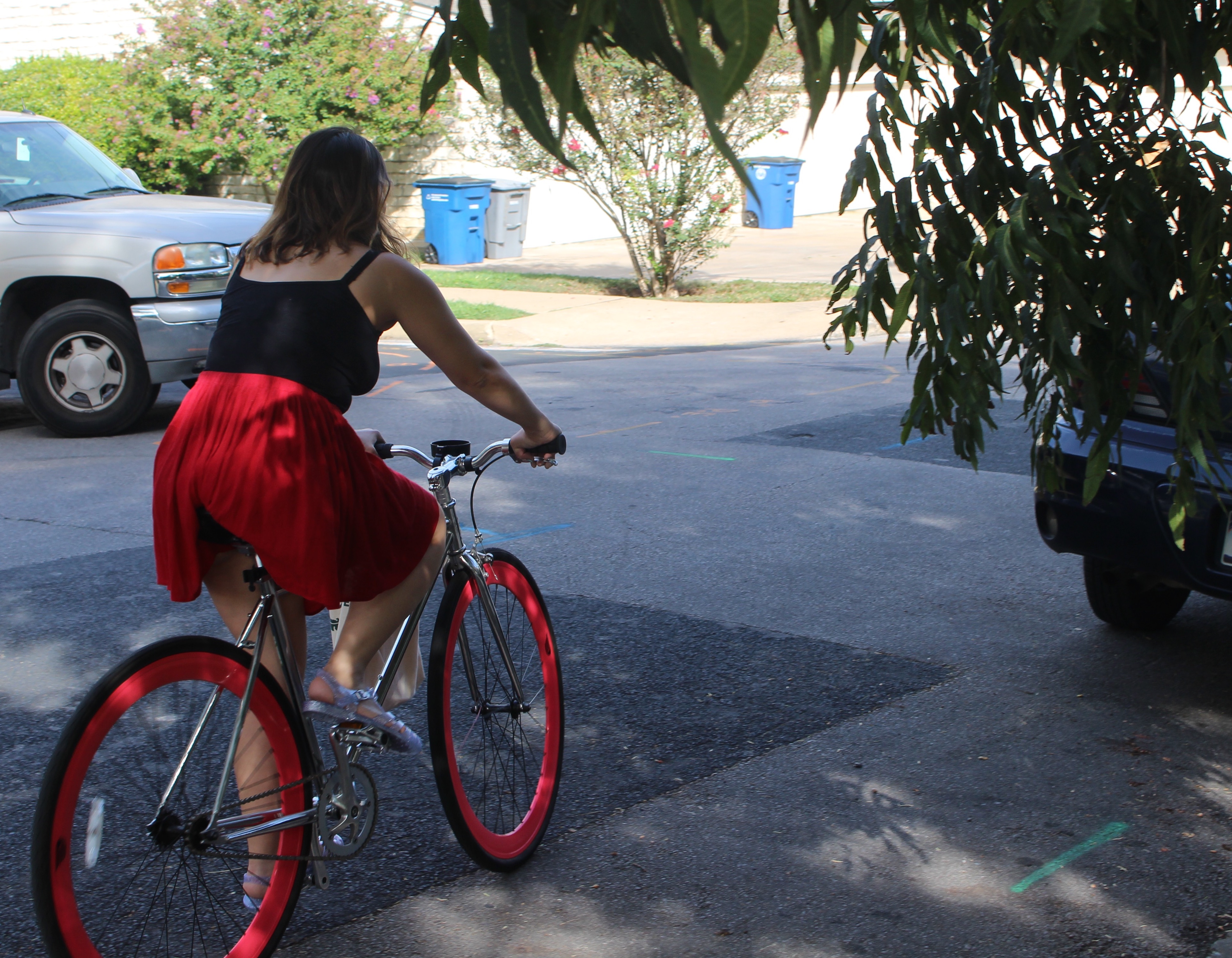 Angela Krasnick rides her bike to the grocery store 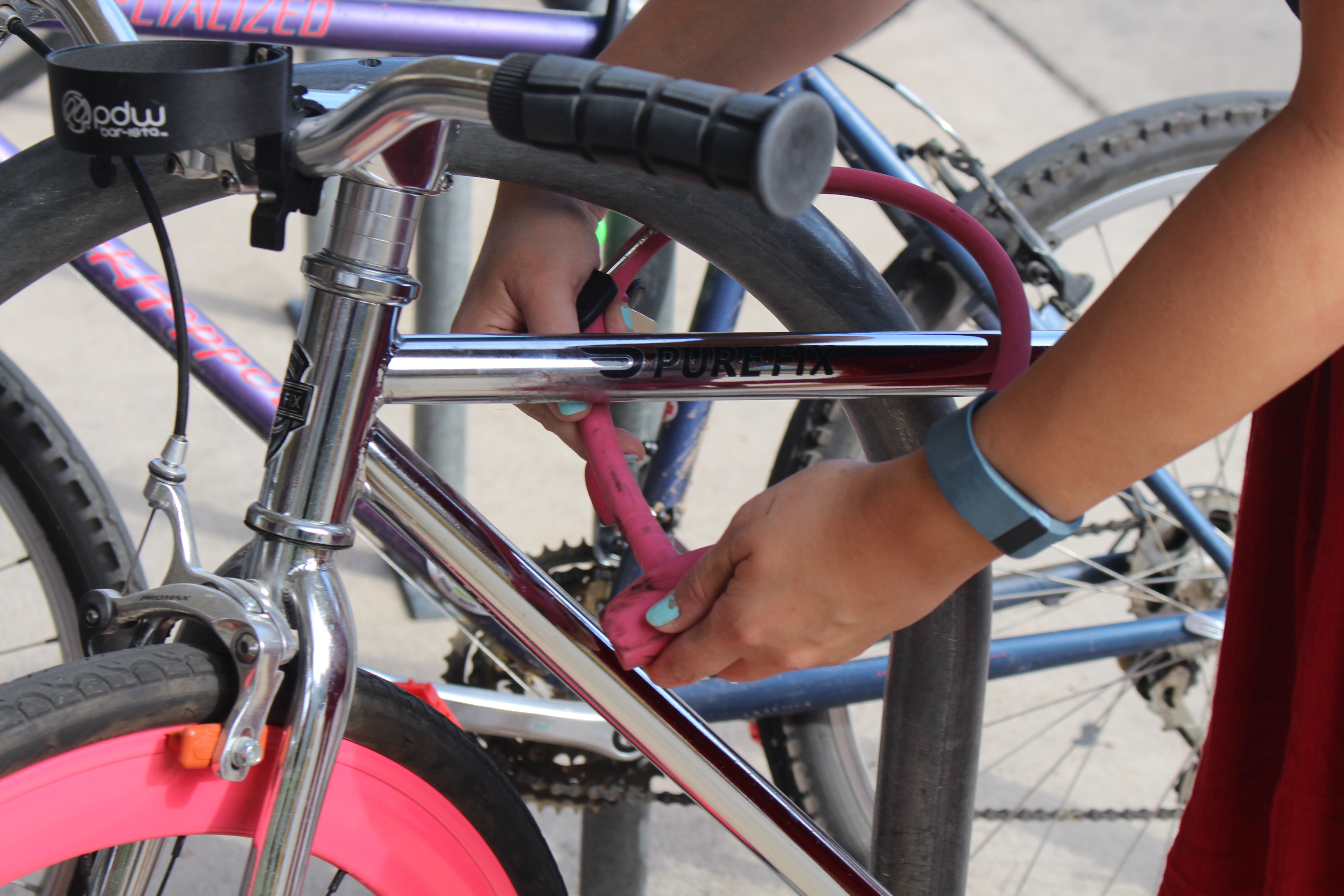 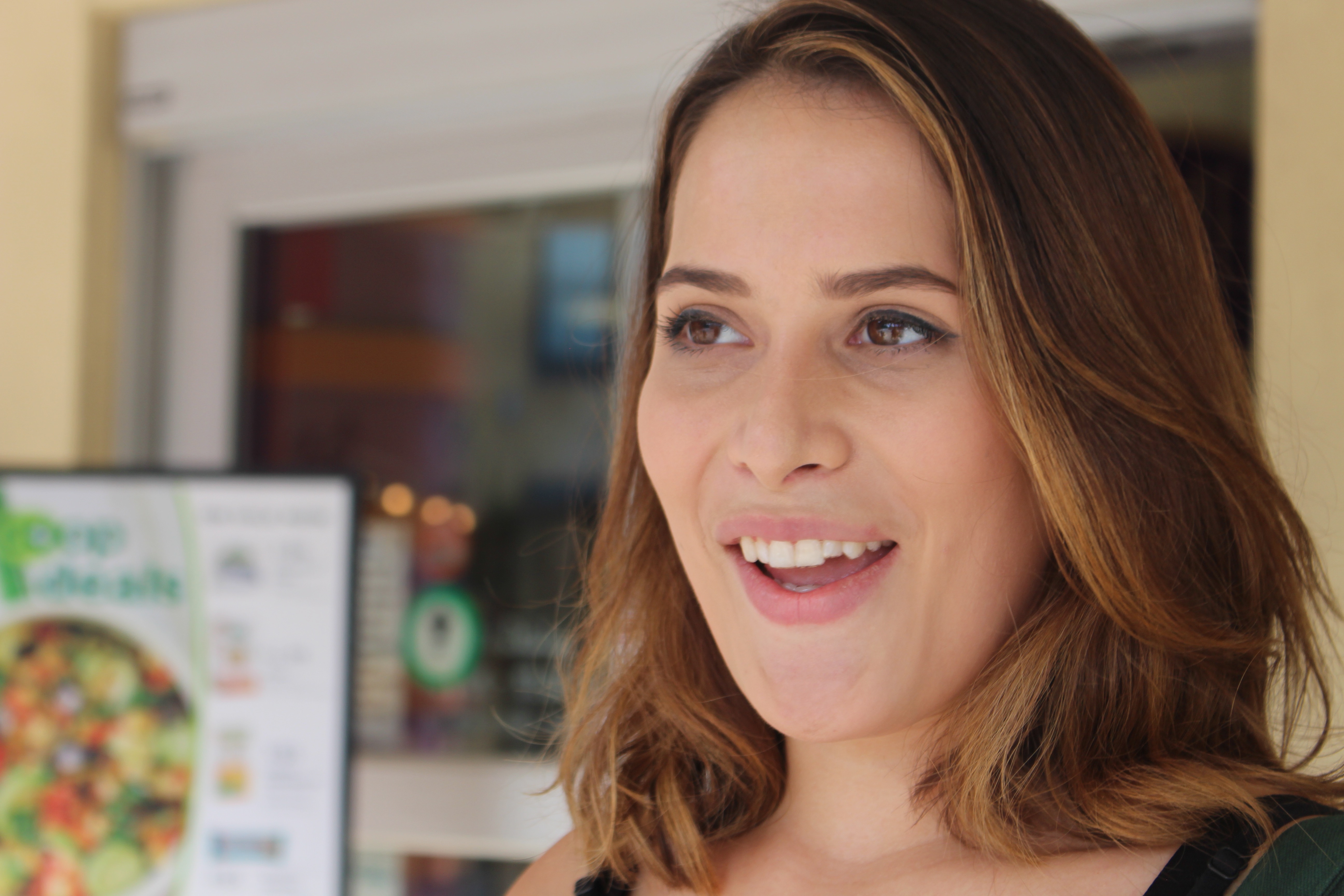 Angela Krasnick says, “I rarely use my car anymore. I can get everywhere easier and faster with my bike.” 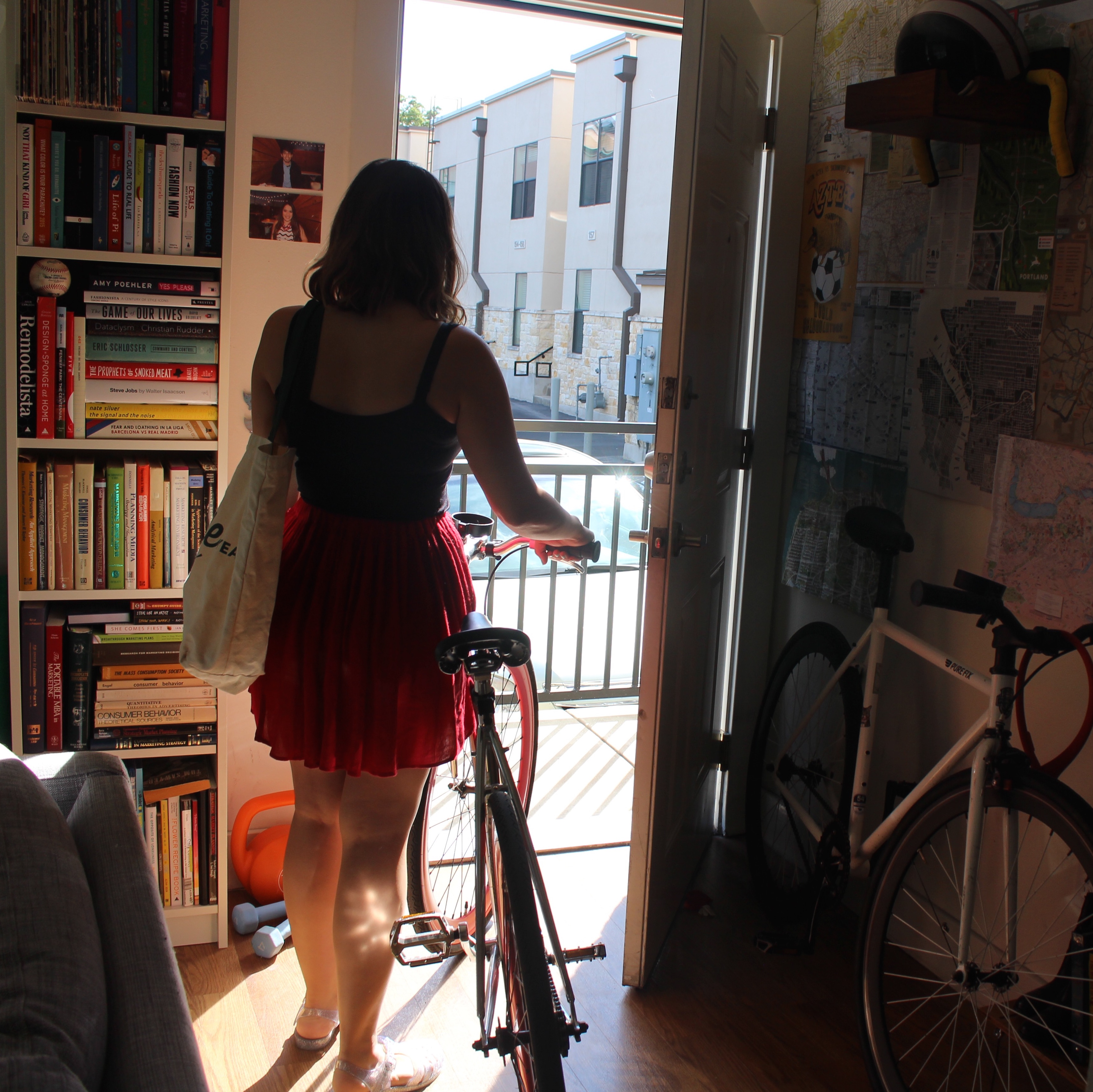 The city of Austin offers alternative means of transportation. Most of the streets in the city have bike lanes and the bus routes keep expanding.

While this may help in the future, Lomax said that people need to maintain realistic expectations for traffic based on where they live.

“You have to have the right expectations if you live in New York, Chicago or even Austin, you shouldn’t expect to be able to drive around at the speed limit at five o’clock,” said Dr. Tim Lomax of the Texas A&M Transportation Institute.

← Sweet New Law for Texas Honey Producers
Masc, Femme, Both or Neither? Deconstruction of Gender →