Anybody Can #BeSomebody, But Will They Make Money?

By Alexa Harrington and Karen Martinez

#BeSomebody is an Austin-based social media platform that started in 2009 simply as a hashtag encouraging people to ‘find their passion’. The app launched in November 2014 and its Twitter now has nearly 50 thousand followers, but as a business it is growing at a slower rate.

In 2014, Kash Shaikh, founder and CEO of #BeSomebody, received more than $1 million from investors, including the E.W. Scripps company, to create the #BeSomebody app which is described as “a social marketplace that enables you to learn anything you’re passionate about”.

Shaikh’s mission to spread passion through #BeSomebody has been on quite a journey; from a hashtag to a blog to an app with 30,000 downloads, but when it comes down to it, does the app really hold up?

The free iPhone app helps people locate others near them that share their interests, from adventure to wine tasting. Once they find an Experience that appeals to them, they can contact the Passionary, someone who hosts Experiences, and book the session. Sessions can cost anywhere from $5 to $2000 and each Passionary sets their own price.

According to the #BeSomebody website, users booked 1425 Experiences since the app’s launch. The website states there are 687 Passionaries, but according to Shaikh, there are 212 Passionaries in Austin. Only 48 percent of Passionaries currently host experiences. Out of the 30,000 downloads, only 11,000 users are active. An active user is someone who logs once ever two weeks.

For some, the app is a great way to start a business. For others, it is an unnecessary extra step to book clients when they already have a business.

“Their marketing [was appealing]. I thought they were going to do marketing for the people on the app,” said Jeremy Robinson, a Passionary who joined four months ago.

Robinson is referring to the 20 percent cut that #BeSomebody gets on each booked Experience. He said he thought that cut would be an advertising cost.

“If I give [#BeSomebody] 20 percent and I’m gonna have people that are coming in that are a new demographic… that’s something that’s good for me. But they tended to not have any new markets…,” he says.

Robinson offers free wheel and acroyoga on the app. While the app isn’t the best option for his personal fitness, he says he does believe the app is a great idea for someone new to business.

Anybody can sign up as a Passionary on #BeSomebody. After a background check, Passionaries can list their Experiences. Users can filter their search by passion or location.

Tammy Mckinney, a new Passionary, thinks there is value in being a part of the #BeSomebody community.

“…I might lose some money on the front end to have [clients] pay through the app, but then I’ve got all of the followers and I’ve got them wearing t-shirts and using the hashtag and doing all of this stuff that makes it worth it,” said Mckinney.

Robinson, on the other hand, says it is often tough to justify booking clients through the app because he self-promoted and marketed himself.

“It’s hard for me to send [potential clients] to the #BeSomebody app to pay for my session when they have already contacted me through another social media outlet,” said Robinson. It’s a moral dilemma. Should I give #BeSomebody the money even if I was going to get paid for it anyway?”

According to Shaikh, #BeSomebody is currently putting more money into supporting and promoting its Passionaries. Top earning Passionaries will be able to use their new headquarters on Lake Travis  that will provide overhead space and equipment to its Passionaries. 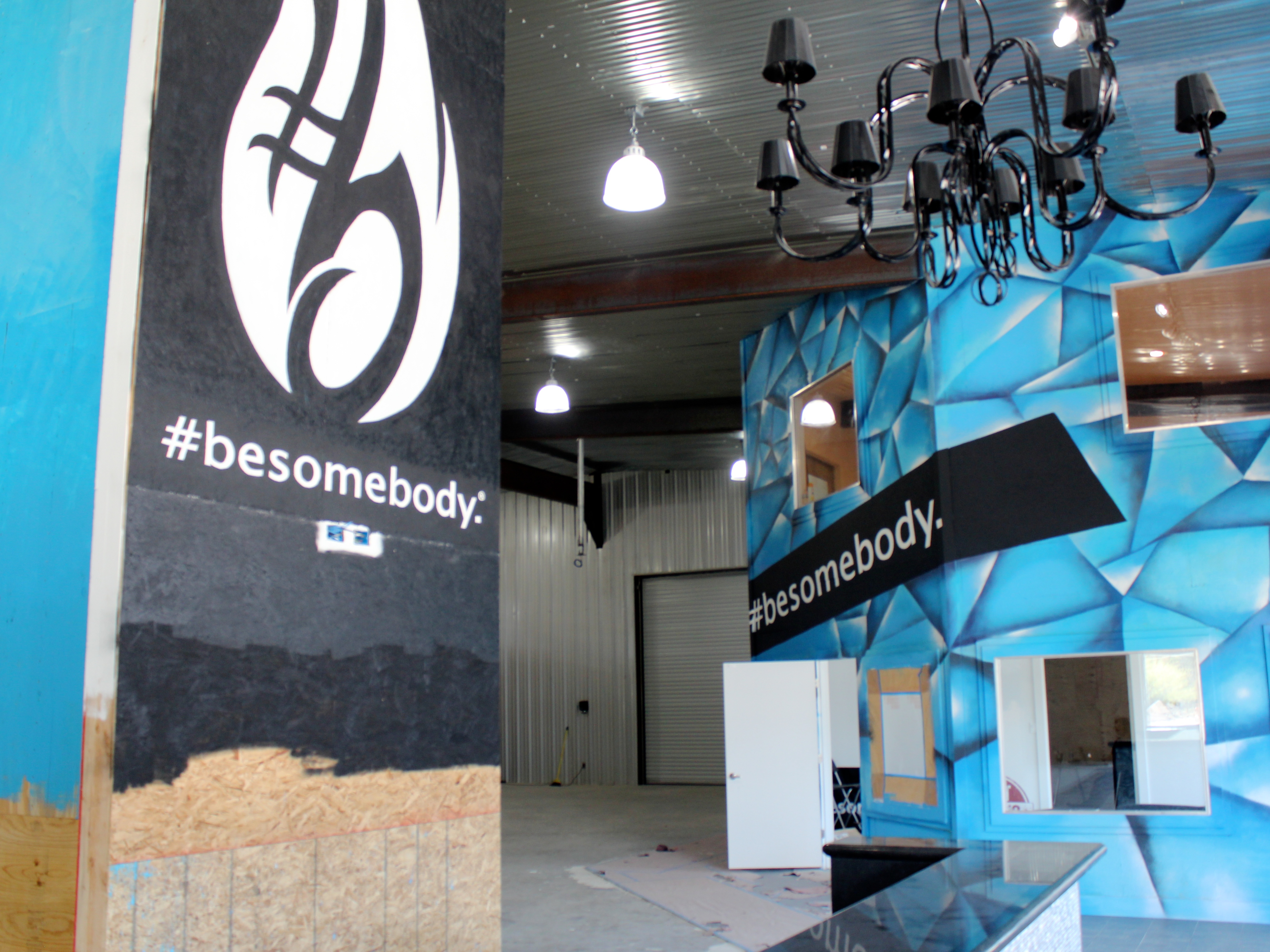 The #BeSomebody Headquarters moved from East Austin to Lake Travis. 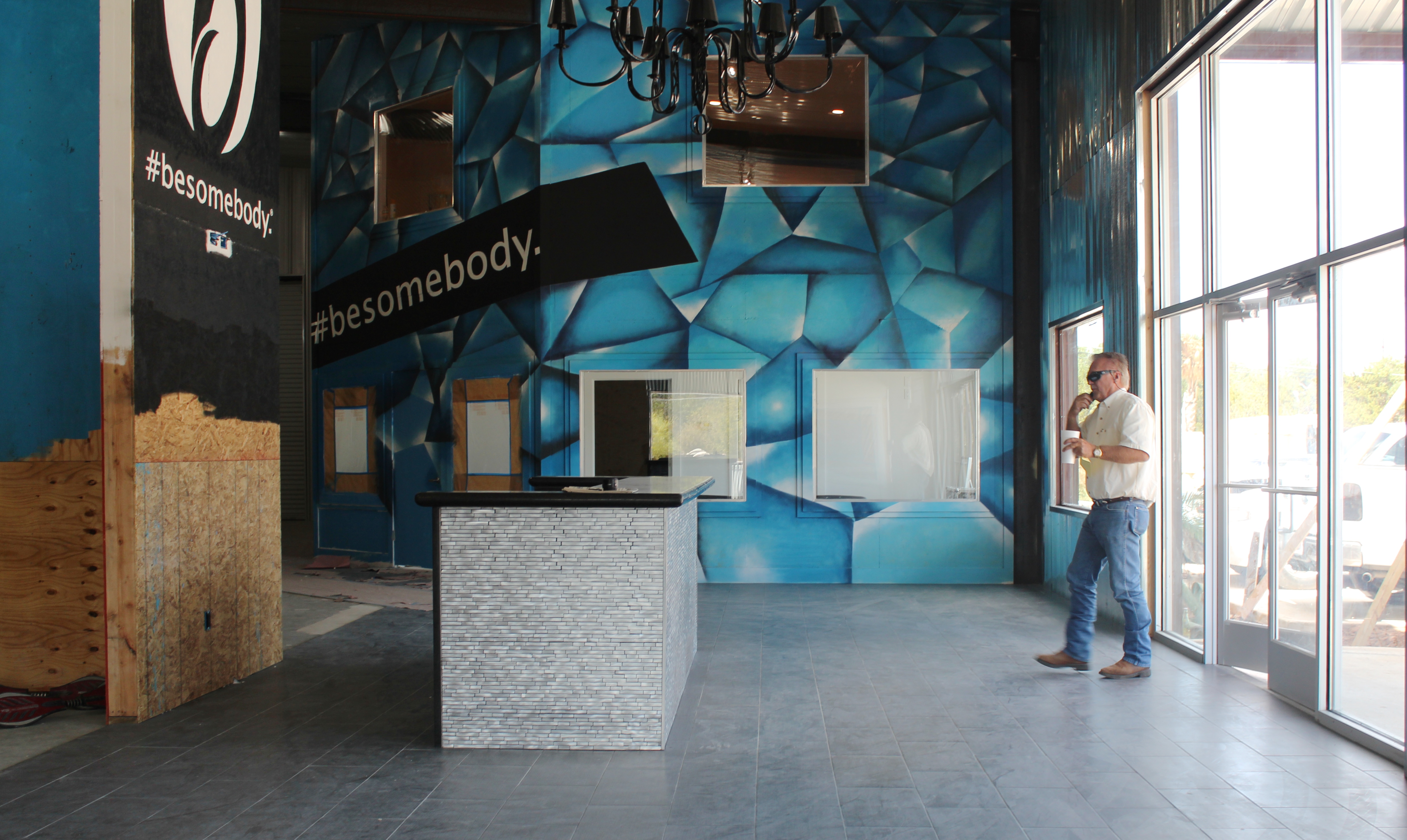 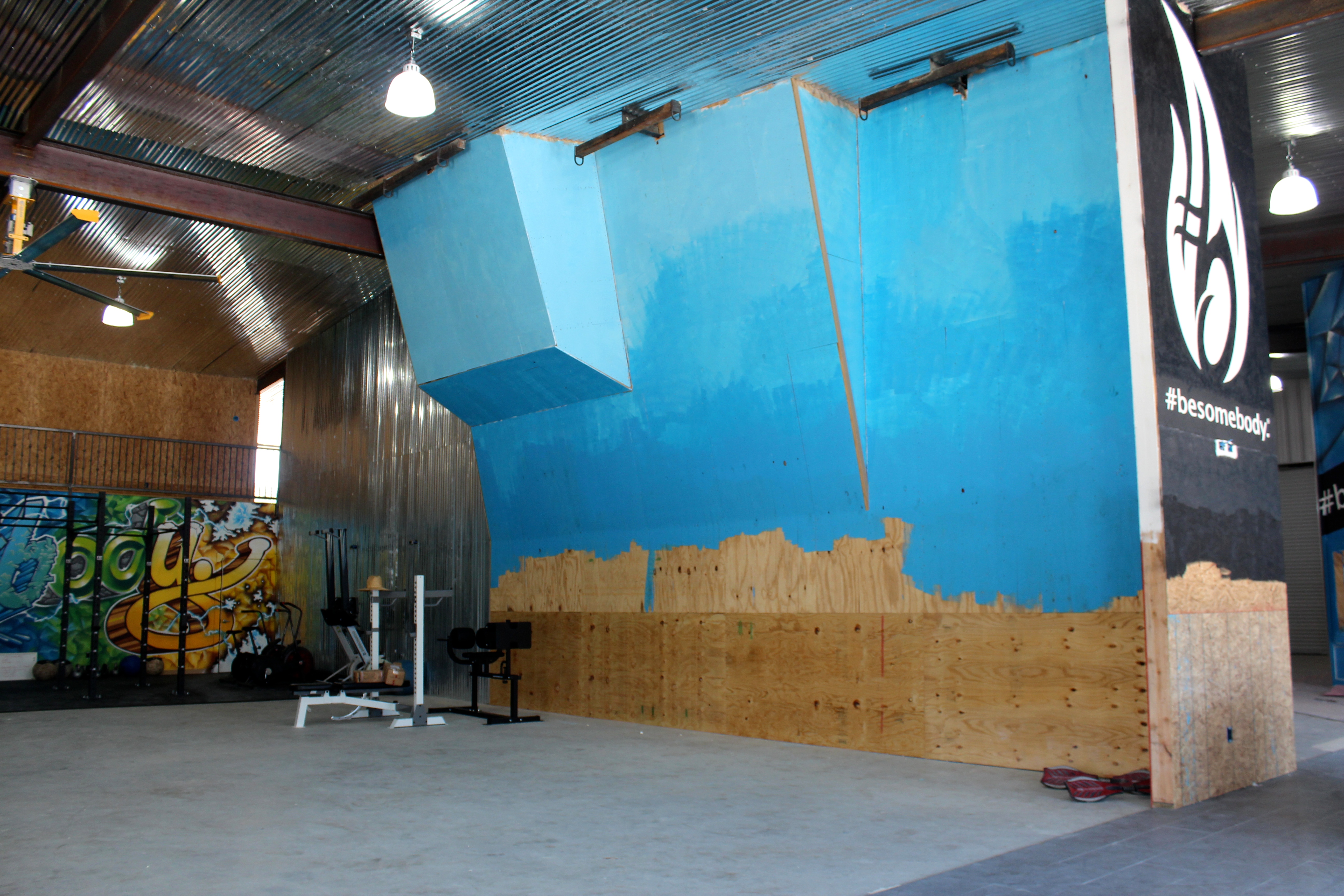 A soon-to-be climbing wall. The new headquarters will have spaces dedication to fitness, art, and adventure. 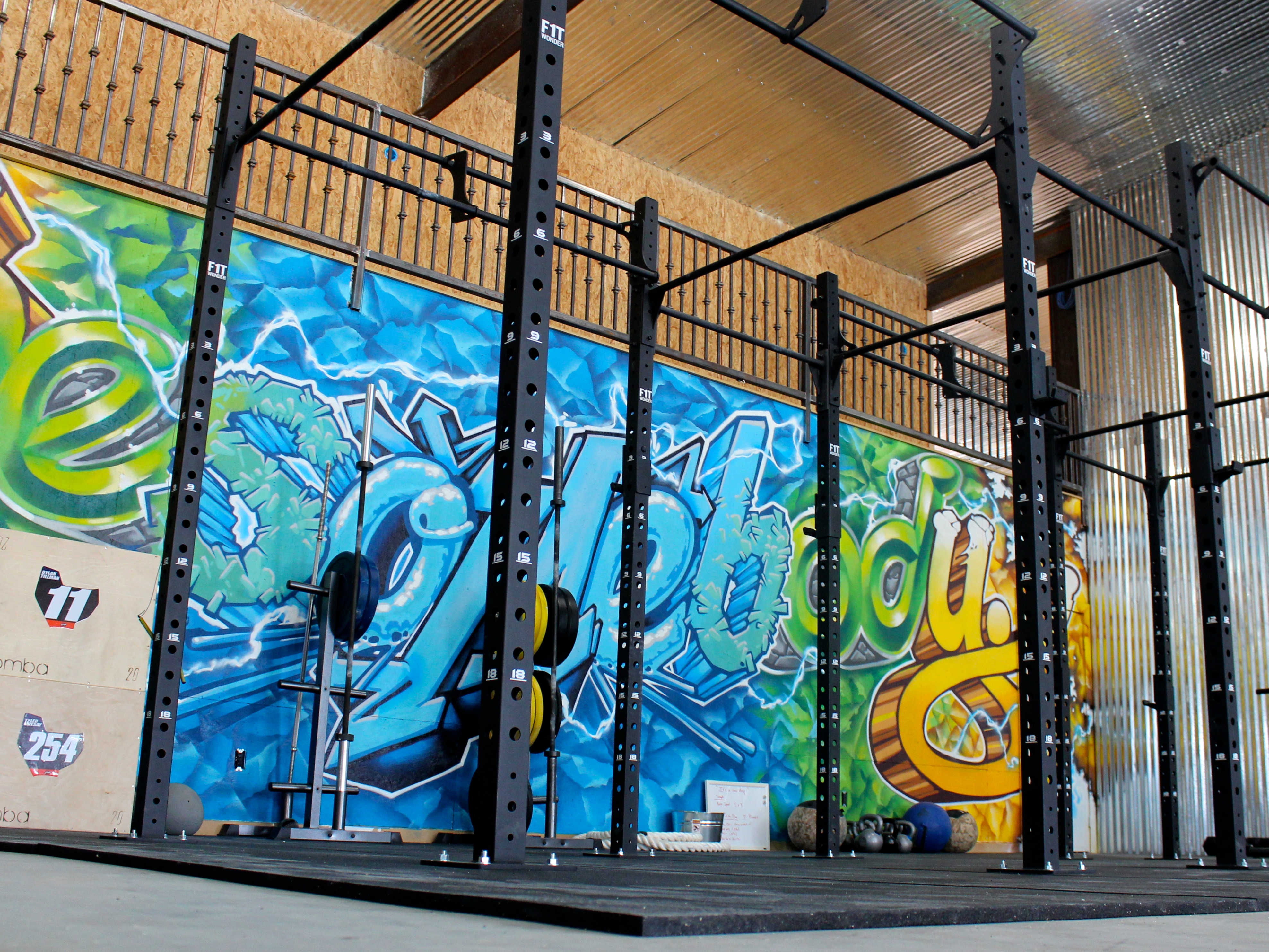 Graffiti art is featured throughout the space to inspire. 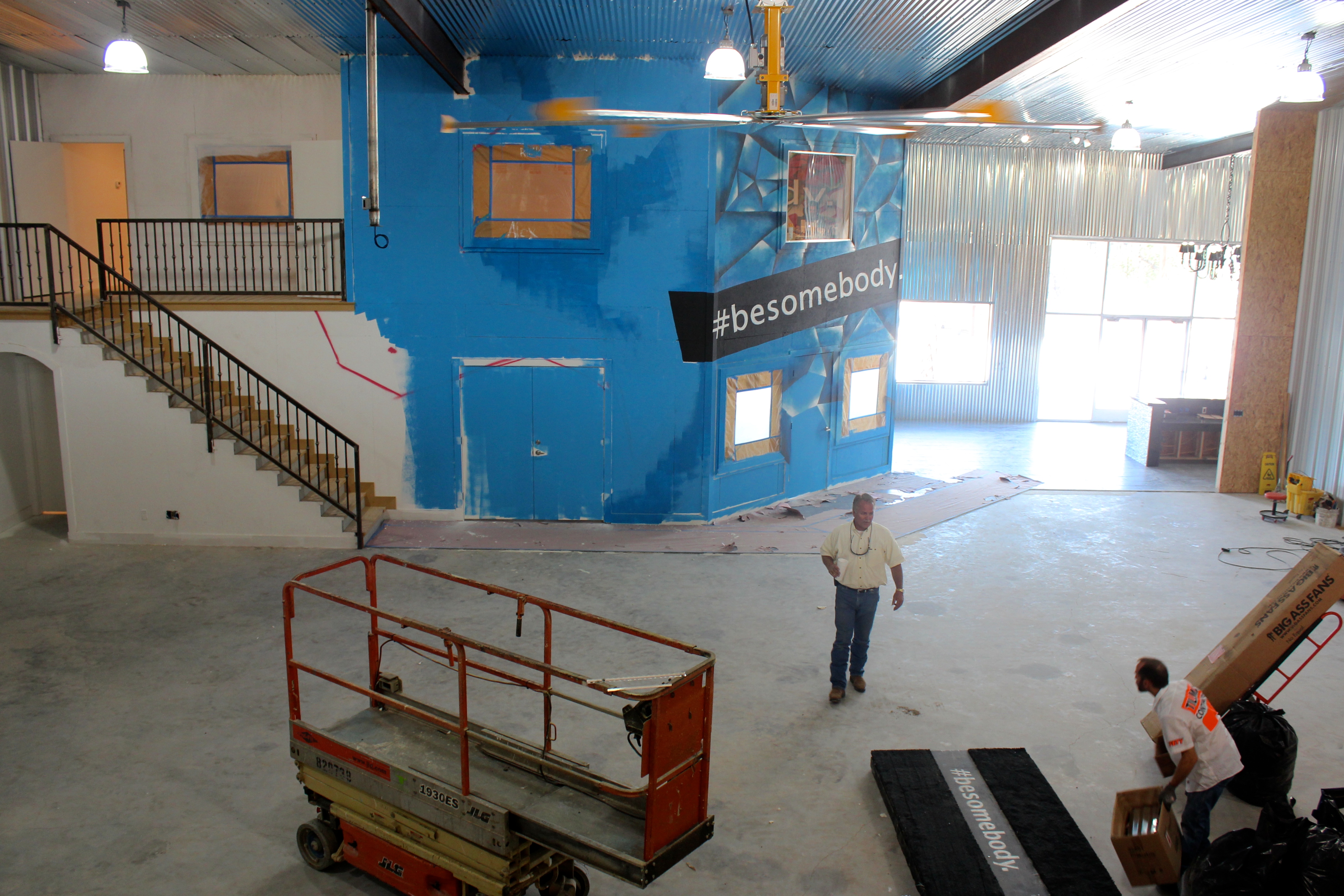 Even under construction, the offices are functional and the Lake Austin location is the current operating headquarters. 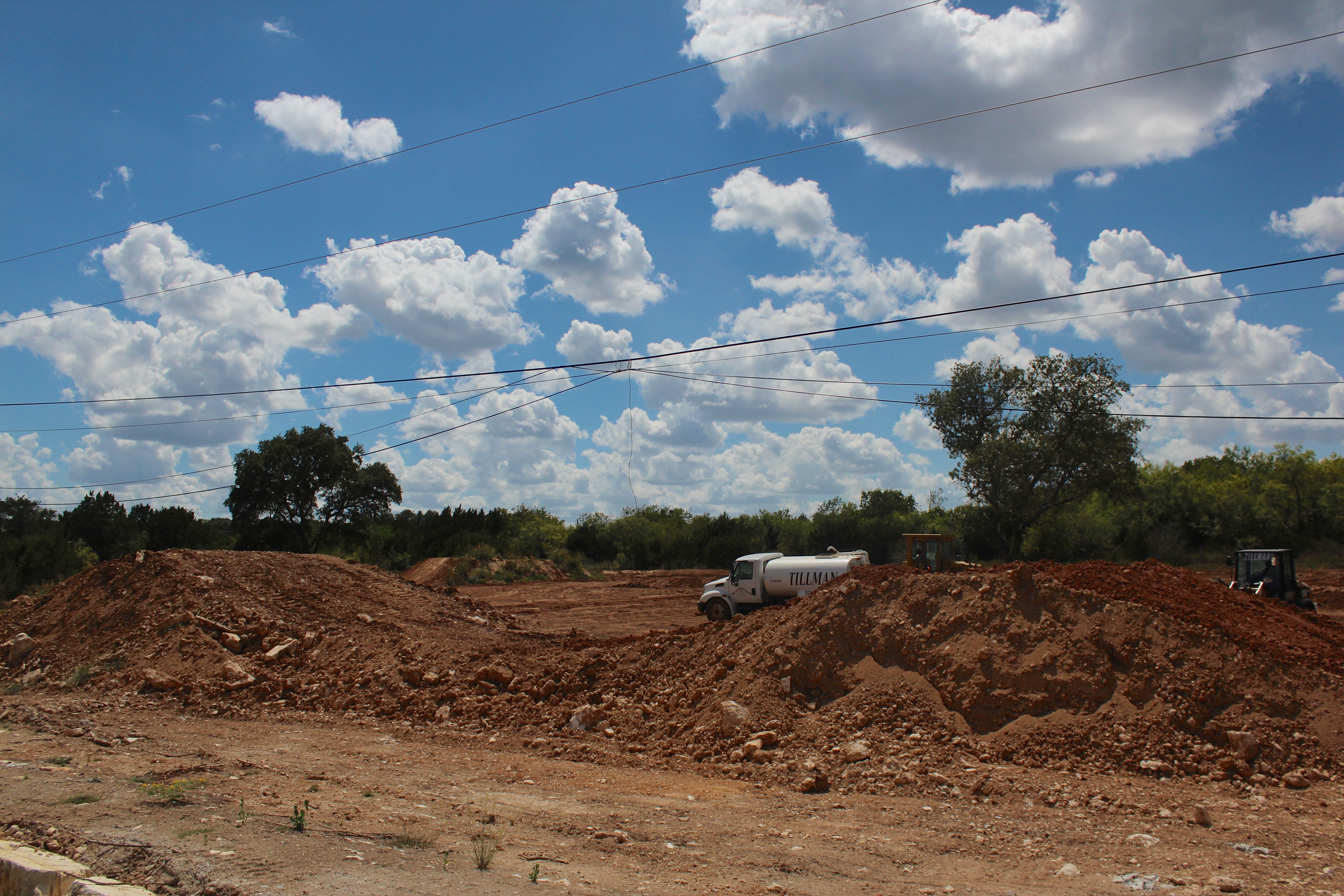 A motocross track will take up some of the lot. An American Ninja Warrior training course and a skateboard park will also be outside. 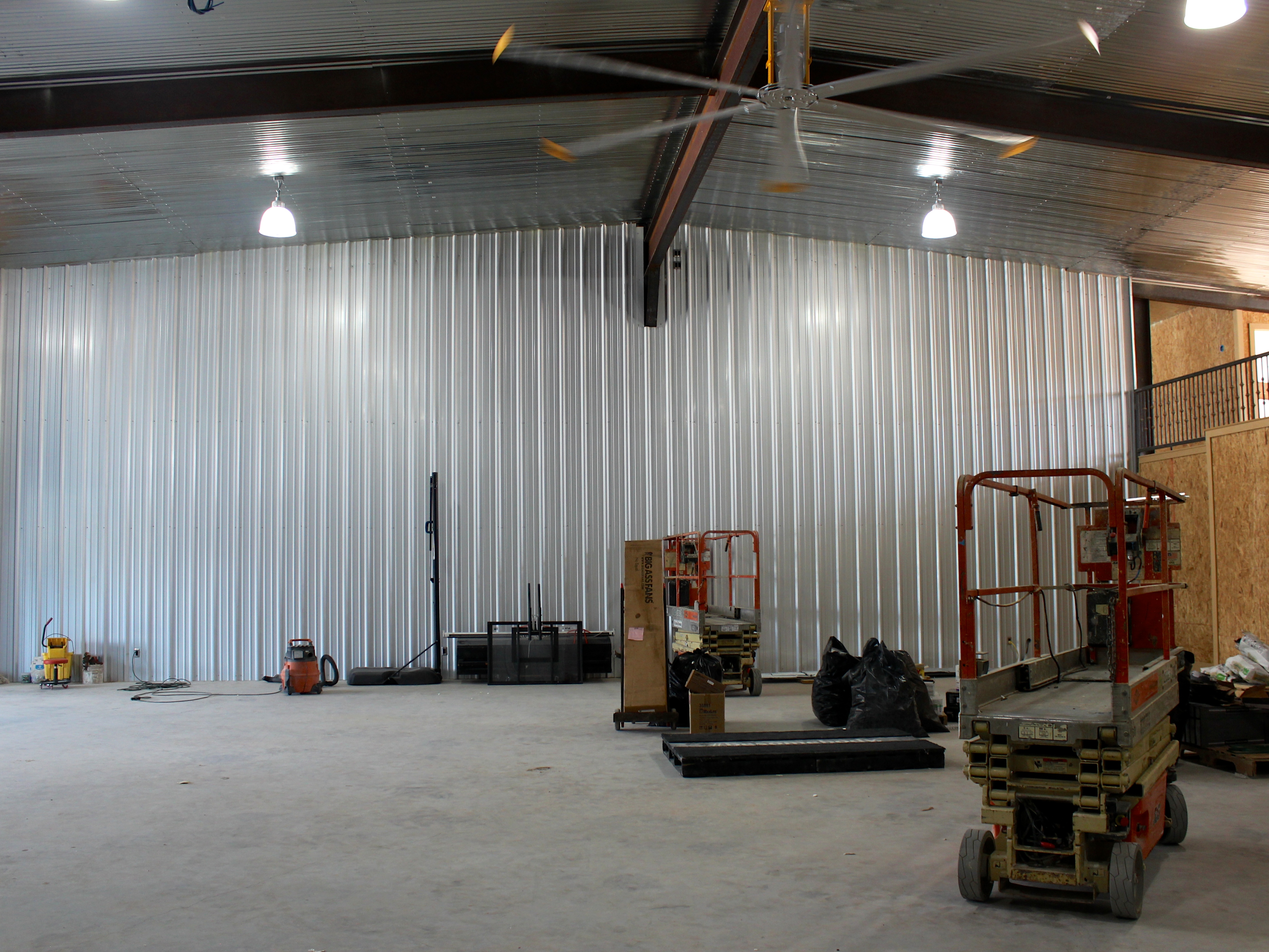 The headquarters will serve as over-head space for its top Passionaries. 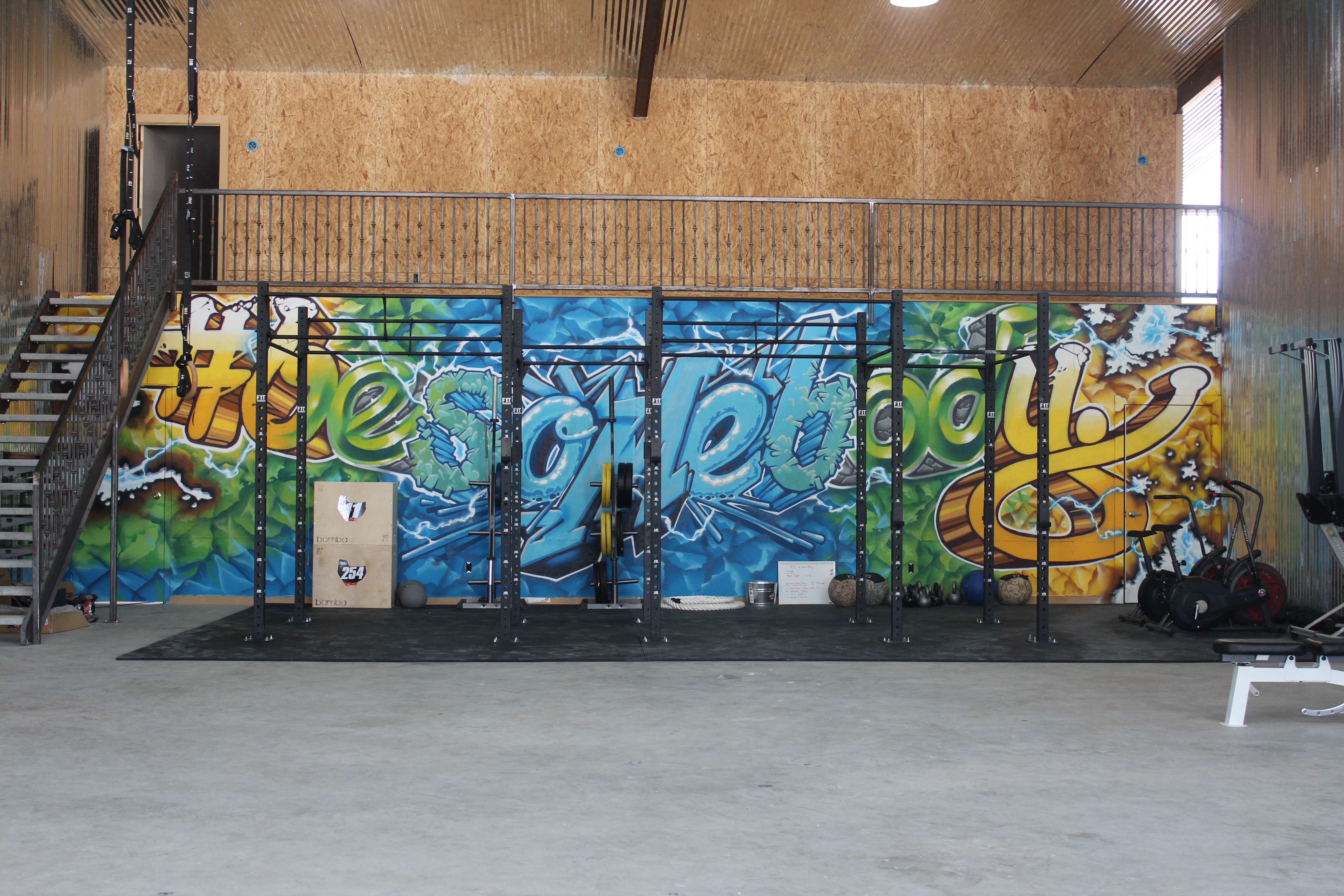 Graffiti adorns the wall behind a fitness area.

“We aren’t making any money for ourselves- Passionaries are making the money. We are in the negative. We are in the red- like a startup should be because we are trying to grow,” said Shaikh.

But where is the money for the Passionaries coming from? Kim Press, a Passionary who offers pottery classes, is one of the company’s fastest earning Passionaries. Press self-markets her classes and encourages people to use the current ULTRA promotion for a first Experience for free (up to $50). Press’ Experiences are priced at $45. In three weeks, she made $3000 from over 60 bookings. However, almost all of the bookings are made with ULTRA code. But though the user didn’t pay a penny to the app, the #BeSomebody company is paying her 80%  after their cut.

Robinson’s clients also booked his Experiences with a similar $200 promotion. Robinson is still one of #BeSomebody’s top 10 earners even though his last booked experience was three months ago. Now, Robinson says no one is booking his Experiences.

The second question is: Are users willing to pay for Experiences? The average price for an Experience is $69. Shaikh says that when a promotion is out, a $15 Experience will suddenly become $50 because the Passionary will get paid regardless. However, those Experiences will not get booked again. Currently the company is allowing this pricing.

Shaikh was unable to say how many people are rebooking the app. The majority of both Robinson’s and Press’ clients used a promotion code but didn’t rebook. The company is currently looking into ways to encourage people to continually use the app.

“We don’t make money unless [the Passionaries] do,” the #BeSomebody website says.

It’s hard to imagine that #BeSomebody as a business will ever make a lot of money because it is another social media platform mixed with a scheduling app. The social response is undeniable: with nearly 50,000 Twitter followers and over one thousand social media posts or shares a day, the hashtag as a movement is popular.

The question now is: Can the movement translate to a successful business? Even after almost a year on the market, the company is still trying to get people to rebook. Robinson remains supportive of the idea of the platform.

“I think you’ve got great resources, good community, a strong app that’s everyone’s using anyway – their phone. From that perspective, it’s really a great idea. But then when it comes down to the nitty gritty…where people start to waiver is the money aspect of it. Am I getting paid for this? …Who’s seeing it? Who’s going to sell to it?…How am I going to sell my hobby when there’s four thousand other people that has a passion that is similar to mine?”

Only time will tell if the Passion Economy will succeed.

← Masc, Femme, Both or Neither? Deconstruction of Gender
Anthropos Arts–bringing music back to the forefront →