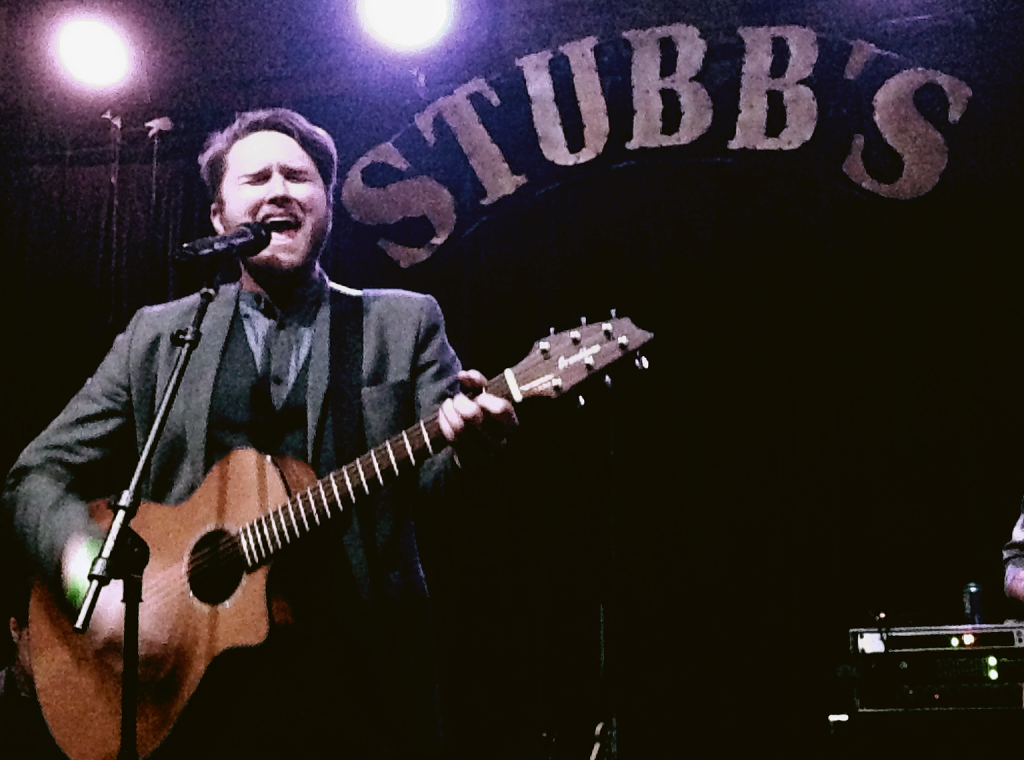 Luke Wade, season 7 contestant of “The Voice,” takes the stage at Stubb’s Barbecue in Feb. with single “Doctor Please” from his album “The River.” [Photo by: Jade Magalhaes]

After the curtains closed, the spotlight stopped shining and the microphones switched to silent on set of one of the most popular talent television shows in America, what stayed behind was a musician’s desire to share his art in its purest form.

From season 7 of hit NBC show “The Voice”, a soulful artist from a farming community in Dublin, Texas landed a spot among the show’s Top 8 singers. Lucas Anthony Wade, the so-often labeled soulful singer-songwriter has no desire in being classified by such conventional categories, he just wants to be known as Luke Wade.

“The best thing an artist can do for themselves is make their names a genre,” Luke said. “Look at Ben Harper, Dave Matthews and Incubus. They use their names to describe other people’s music and to describe genres.”

In his 2014 blind audition, Luke turned four chairs and impressed superstar coaches Adam Levine, Gwen Stefani and Blake Shelton with his version of Otis Redding’s “That’s How Strong My Love Is.” Luke ultimately chose singer, songwriter, rapper, record producer and fashion designer Pharell WIlliams as his coach. The duo fought through the battle rounds, the knockouts and the live playoffs, but Luke did not come out as the victor.

Throughout the television journey, Luke did not lose sight of his roots. Music is Wade’s sole focus, but according to the artist, singing and songwriting wasn’t necessarily part of his original life-plan. It was something he stumbled upon.

“It’s so much more complicated than a year or a time,” Luke said. “I accidentally became a singer, songwriter and musician. All of the music stuff came after my story and my need to find a common thread with other people to make myself feel less alone.”

In a candid attempt to psychoanalyze himself briefly, Luke describes his young self as the sore thumb in a small town, population 200 at the time. Mom was a dancer, dad was a painter and due to health problems, Luke was a wisp of a little kid.

“I just wanted to be like everybody else, but I just wasn’t,” Luke said. “I was told to be myself, but there was no middle ground. If I was myself, I would never fit in.”

Luke’s struggles were amplified in a hot Texas summer at age 13, when his right eye was hit by a paintball. The accident took him out of contact sports, made his physique scrawny and left him half-blind. With the feeling that he had something to prove, Luke took up running. But he ran until he gave himself a heat stroke.

The stroke left emotional scars, but also literally left young Luke without the knowledge of who he was. Or who his parents were.

After getting his feet wet with writing and performing, the aspiring artist formed the band Luke Wade & No Civilians, with whom he still performs. Together, they produced two albums: “Tomorrow’s Ghosts” and more recently “The River.”

Many things came out of ”The Voice”. It gave Luke the perfect platform to expose his art,  gain more followers and get invaluable training from coaches and advisors who have, once upon a time, been in his same shoes.

“I learned how to respond to pressure,” Luke said. “No matter how tough things get, ultimately everything is going to be OK. There is no reason to worry about whether you messed up or what someone thinks about a thing that you did, it will all be OK.”

This November, over a year after walking off “The Voice” stage, Luke found himself in the live music capital of the world while touring the country with his band. After a performance at The Parish, he walked a crowded 6th street and took shots with friend and season 5 contestant Jonny Gray.

There’s no longer thousands of people watching Luke take the stage. But he performs as if there were a million. 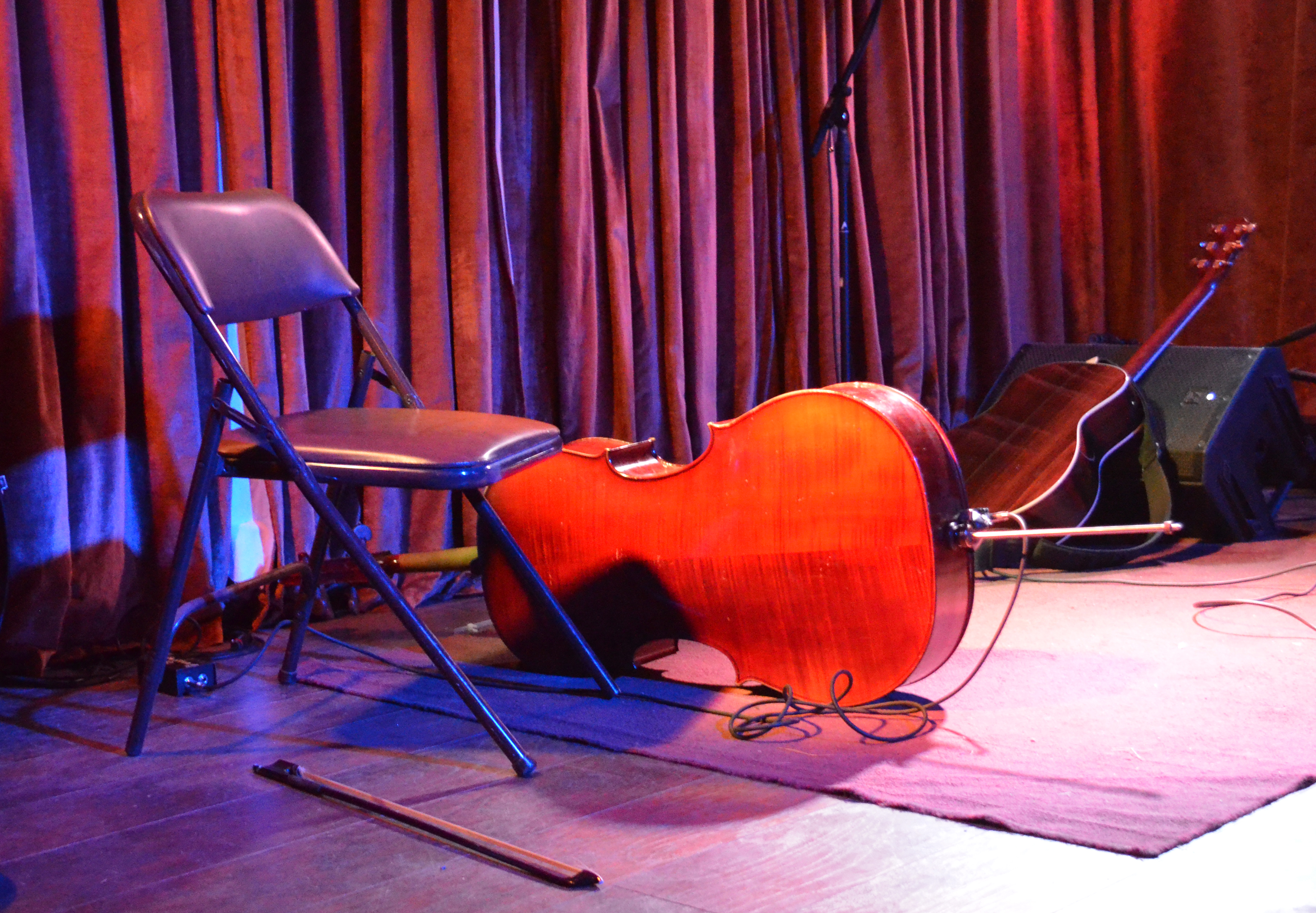 The stage at Downtown bar and live music spot Stay Gold is ready for Jonny Gray and accompanying cellist to begin their performance. 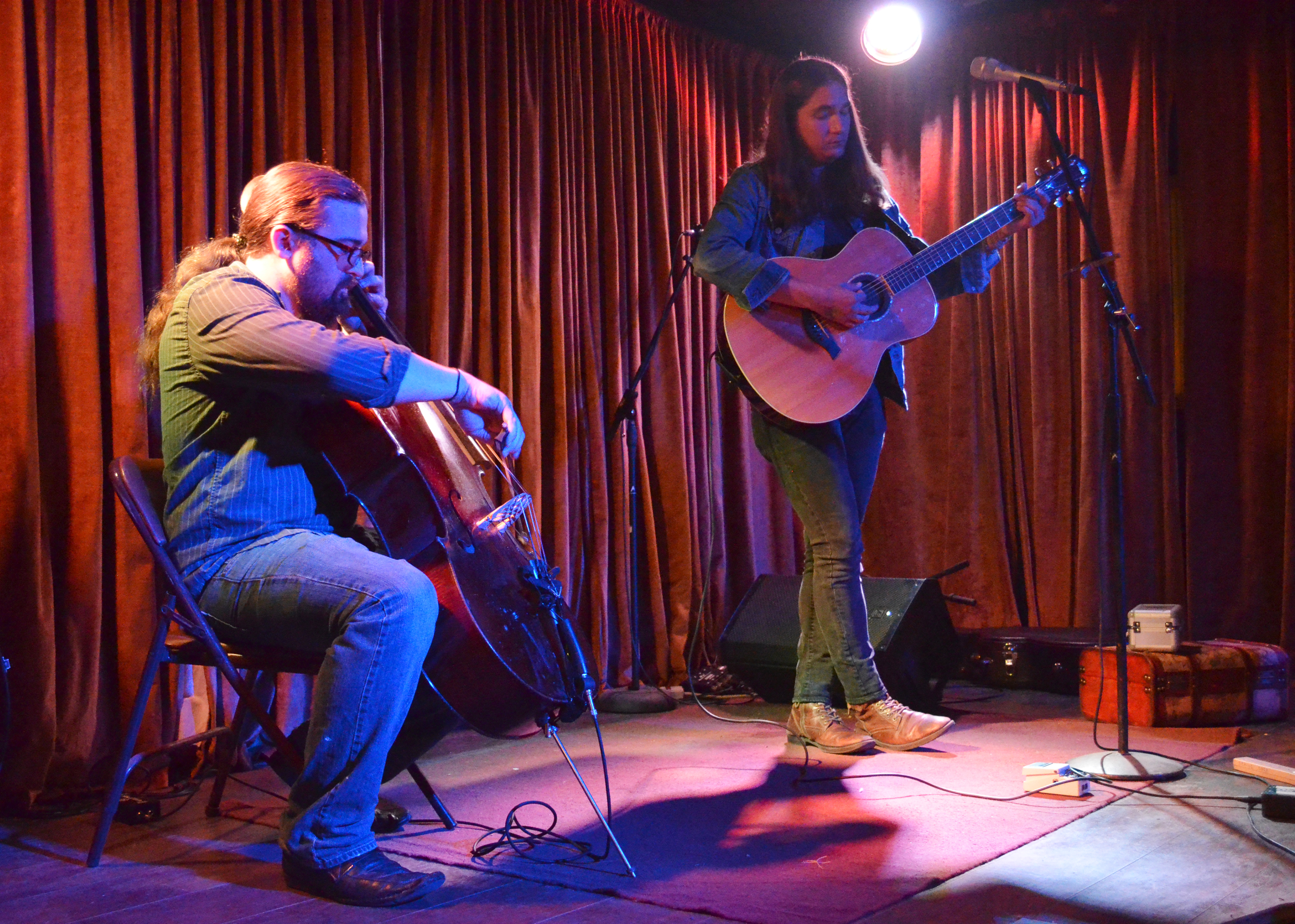 Jonny and his cellist begin the show with songs from new album “Promises Broke,” released earlier this year. 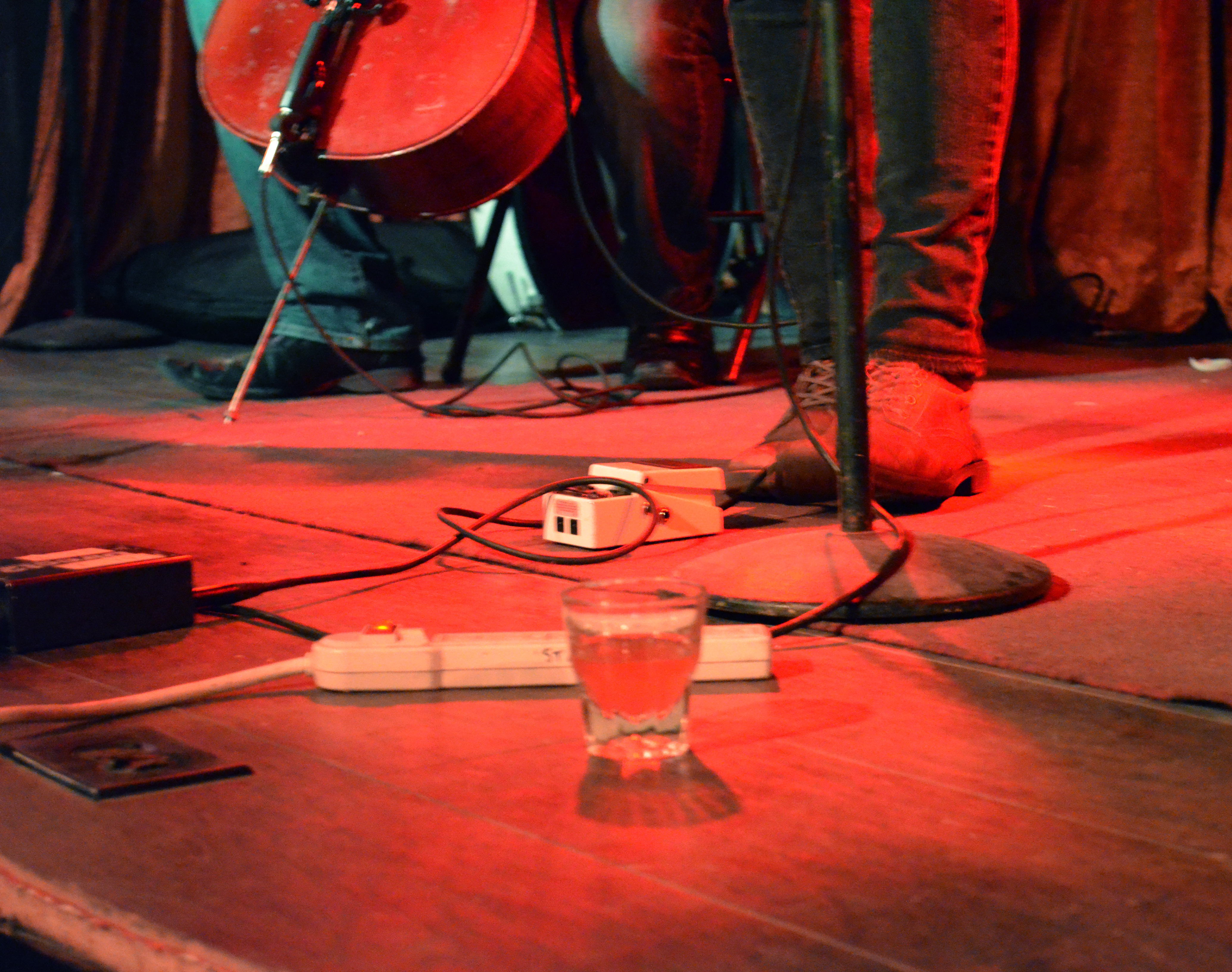 A member of the audience sets a shot near the singer. This is a common gesture in the live music industry. 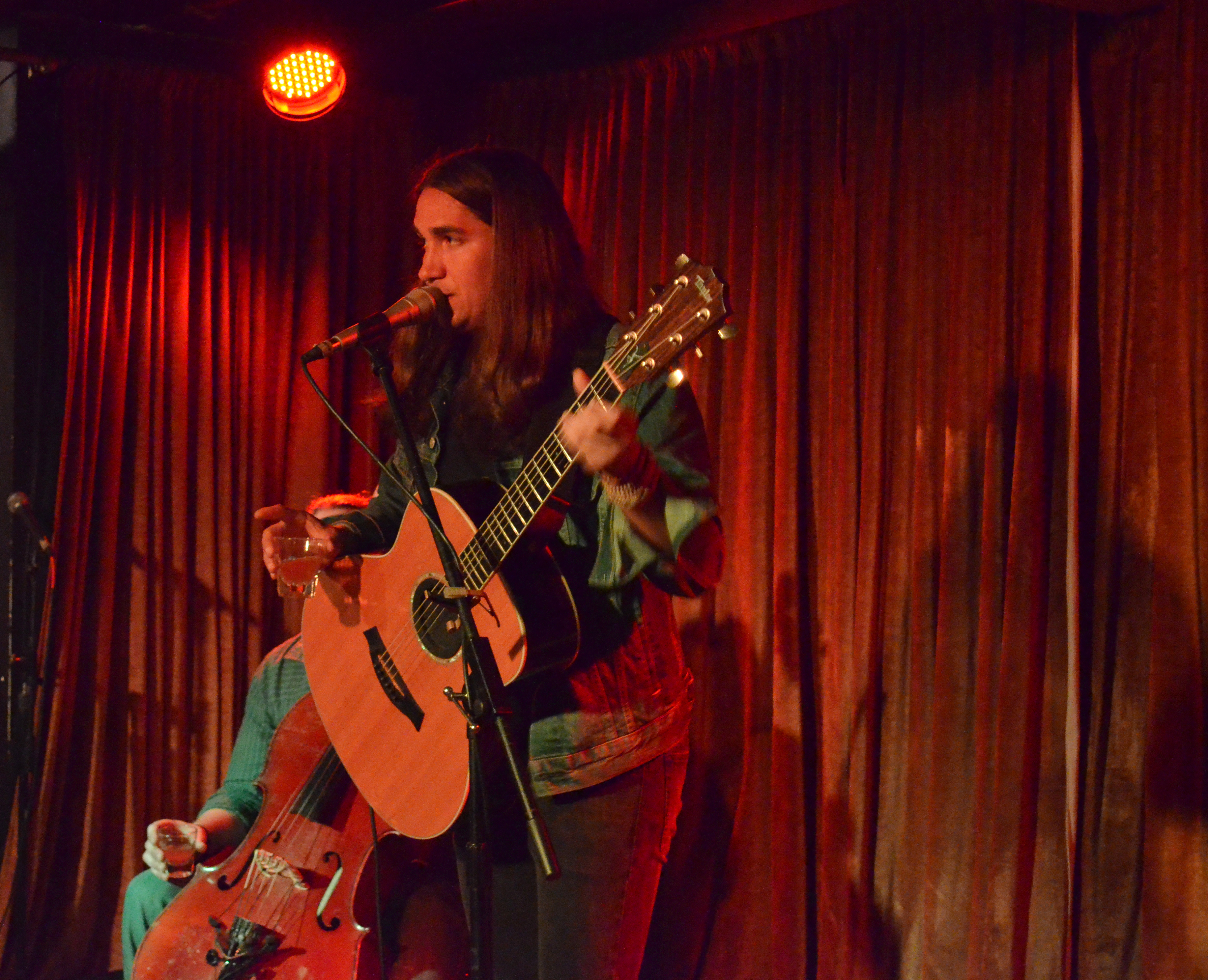 Jonny shares his story with the audience during the concert. Before joining “The Voice” in Cee lo Green’s team, the singer was a member of the Air Force, when he wrote several of his songs. 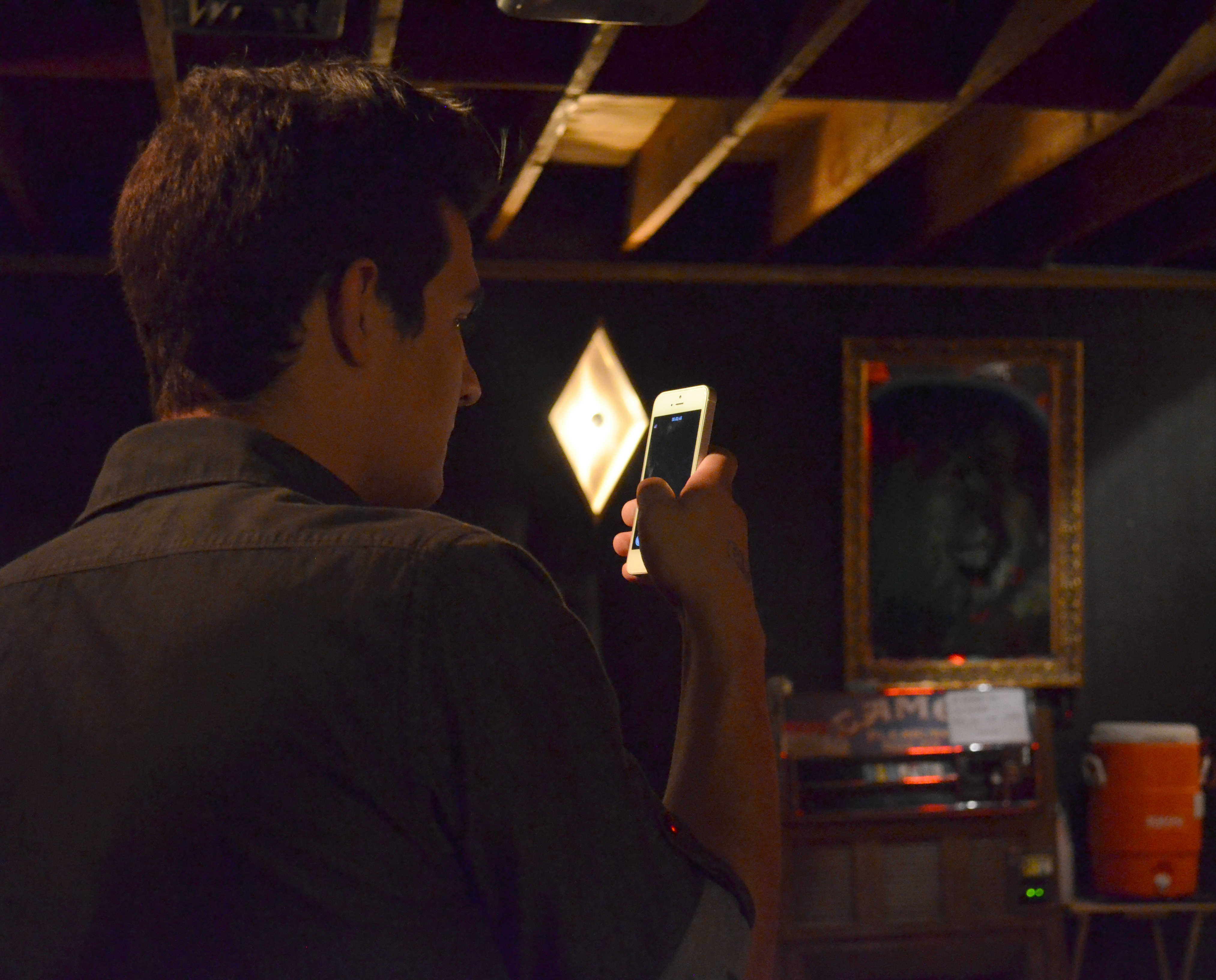 One of Jonny’s fans records a video of “DMFD,” a song inspired by the cheating wife of one of his colleagues during his time in the Armed Forces. 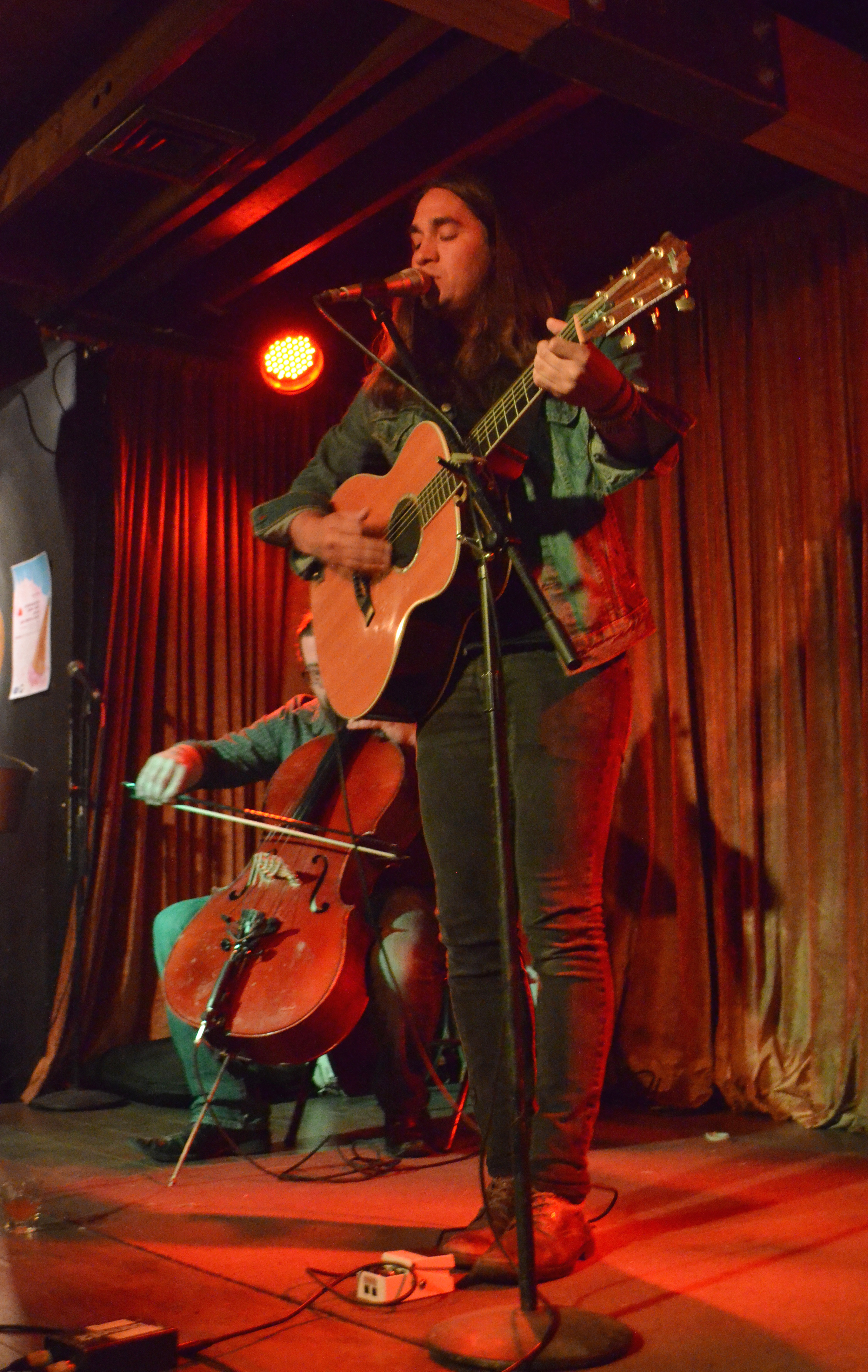 Jonny, a native Austinite, navigates the line between rock, folk and pop. 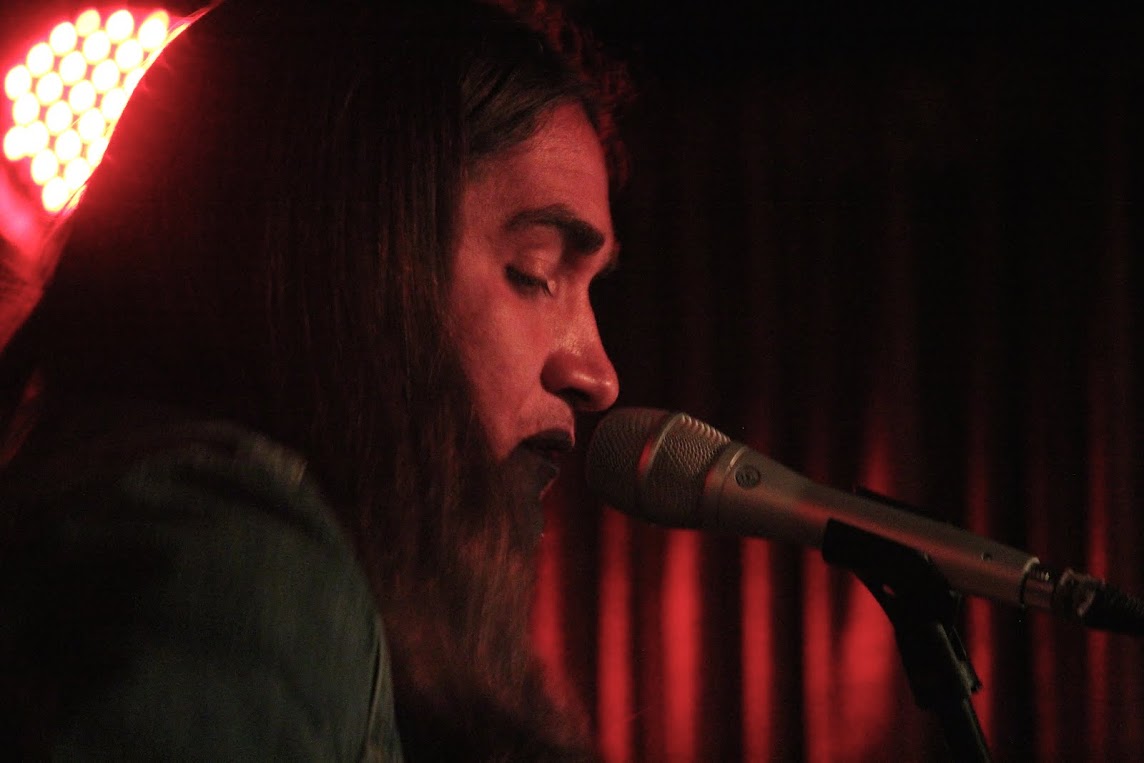 Jonny kicks off his performance with single “My Love.” His act was followed by Josiah and Special Guest. 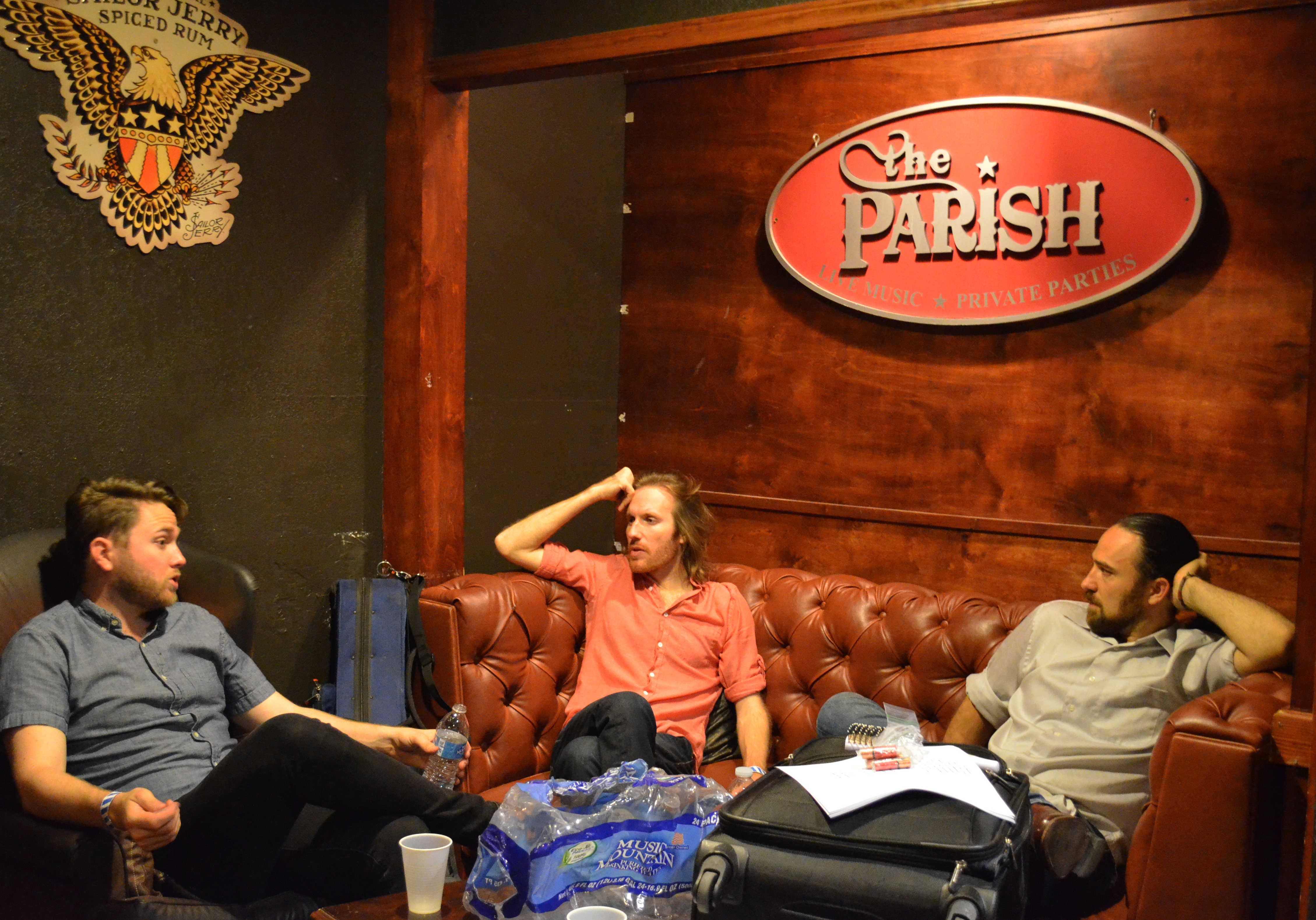 Luke, a fellow Texan musician and Luke’s brother, who plays the saxophone in "Luke Wade & No Civilians,” catch up backstage at The Parish. The venue, located on 6th street, is a popular bar for live music performances. 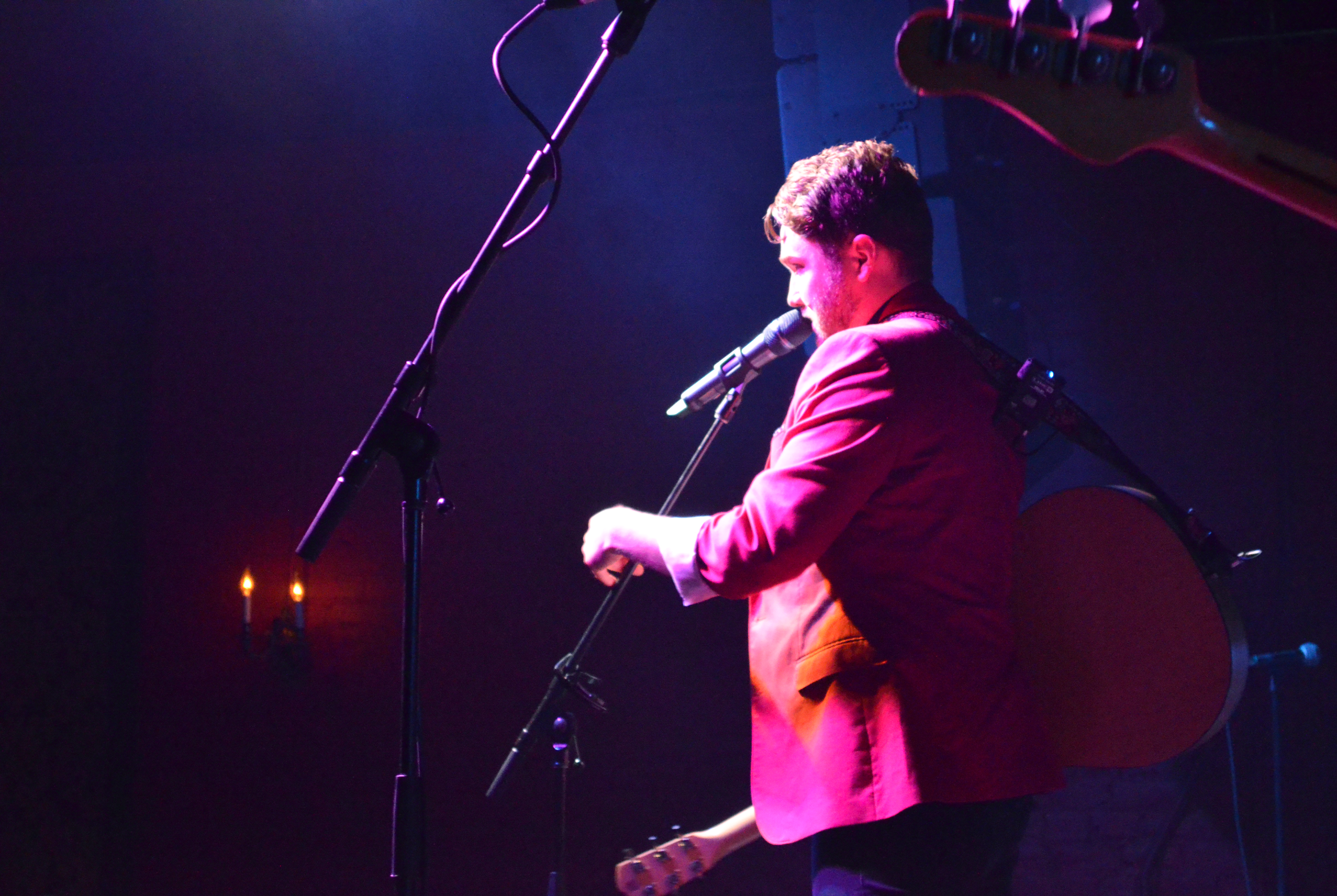 Luke thanks his fans for coming to the show. This is the second time his tour makes a stop in Austin this year. 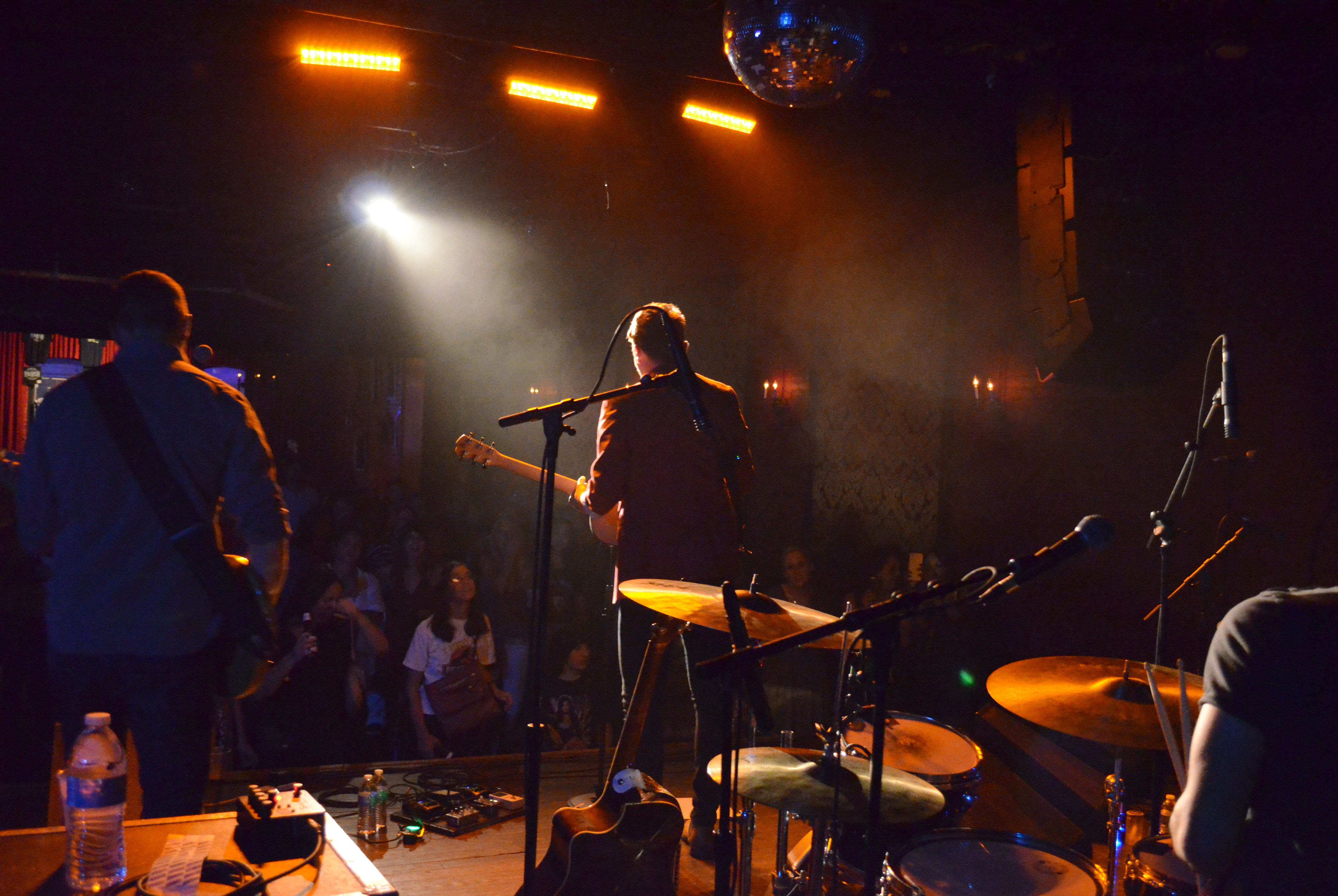 A performance view from The Parish stage. Luke Wade & No Civilians played songs from their original albums as well as songs Luke performed during “The Voice.”

← Sustainable Food Center and the Future
A Grave Matter →