Scare for a Cure: Blood, Sweat and Fear

The black night sky engulfs a run-down ghost town. Screams fill the October air. Guests laugh as they walk towards their cars, clothes stained with red. This isn’t your average charity event. This is Scare for a Cure.

Scare for a Cure is an Austin-based nonprofit that creates an interactive multimedia haunted adventure to raise money for local cancer-related charities and organizations. The program officially began operating as a 501-C3 charity recognized by the IRS in 2007, but the program began to ride the success of spooks and scares for charity years before.

Jarrett Crippen, co-founder and president of Scare for a Cure, began hosting haunted houses in his own home since the age of 16.

“I’ve always been crazy neighbor that did the over-the-top haunted house, Christmas decorations and any holiday, really,” Crippen said.

Crippen brought this spirit to his current neighborhood when he started his own family. He set up a haunted house every Halloween, and as it expanded, he began to ask for small donations, like a can of food, as the price for entry. According to Crippen, by 2005 the haunted house had grown so much that it had “taken over the neighborhood,” to the point where he had to find a new location for the haunted house. This growth led Crippen to create Scare for a Cure as a legitimate charity.

In the span of four years, Scare for a Cure moved from Crippen’s backyard to Elk’s Lodge to a ghost town in Manor, Texas where it currently remains and haunts today. With the expansion of the program, Crippen set his philanthropic sights higher than a can of food. Scare for a Cure partnered with the Breast Cancer Resource Centers of Texas, raising $5,000 for the organization in 2007 during its first official year of operation. In 2010, Scare for a Cure donated $20,000, and this year, Crippen plans on raising $35,000.

The partnership with the Breast Cancer Resource Center came after weeks of scouring through local charities.

“Everyone I called was more than happy to give me an address to mail the check to, but there was no partnership element to it,” Crippen said. “It was disheartening.”

Minutes into his phone call with the BCRC, a coordinator asked to meet with Crippen to see what the center could do to help. According to Crippen, this was the kind of symbiotic relationship he was looking for.

Phyllis Rose, director of volunteer services at the BCRC, has worked with Scare for a Cure since 2008 and sees everyone at Scare as family.

“We’re a beneficiary of theirs, but we consider them much more than that. They’re involved in every step of the way in everything we do, “ Rose said.

Similarly, Rose coordinates groups of BCRC volunteers to help out at the haunted event wherever they can in the event’s long process.

This process includes coming up with a different theme each year, creating characters and their dialogue, making costumes, and designing and building up to 38 different sets and stages. According to Crippen, this begins in January. As a completely volunteer-based organization, most volunteers see the long process as a labor of love; they are there because they want to be.

Christina Wang, a volunteer in the costume department, said she went straight to a volunteer tent and asked to sign up after her first experience as a guest in 2011. According to Wang, the costuming process usually begins in April to be able to deal with problems down the line. However, she regards these challenges as “cool” and as an outlet for her sewing creativity.

Crippen estimated that he himself spent at least 2,500 hours working on Scare for a Cure outside of his day-job as a police detective for the Austin Police Department – a job he spends about 2,080 hours on. Although the event is time consuming, Crippen said he couldn’t imagine life without it.

“There are times I feel like Scare [for a Cure] is a fast-moving train that I can’t just jump off , because it’s so overwhelming, it takes up so much of our lives…but as soon as [it’s] over, I’m ready to dive back into it head-first.” 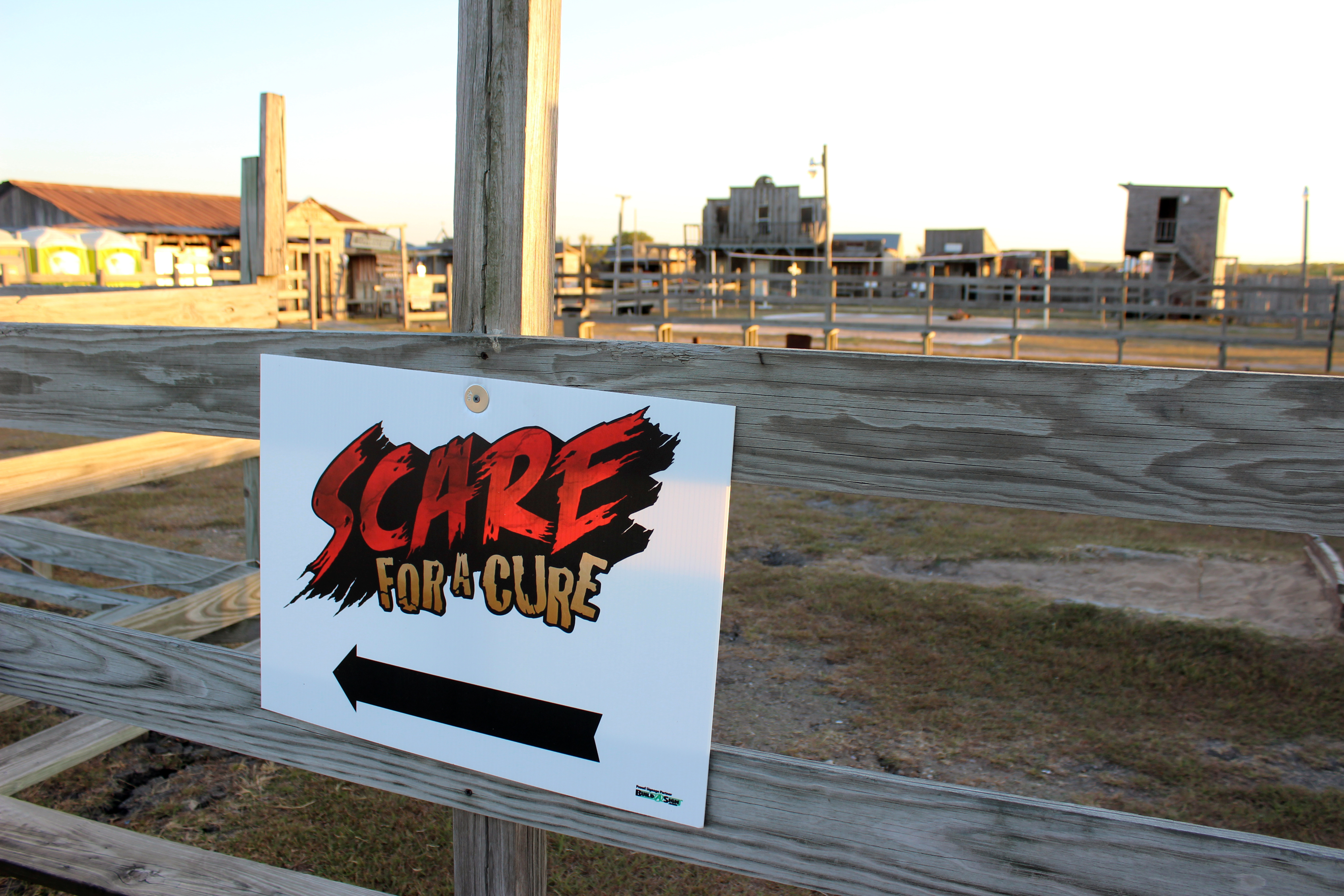 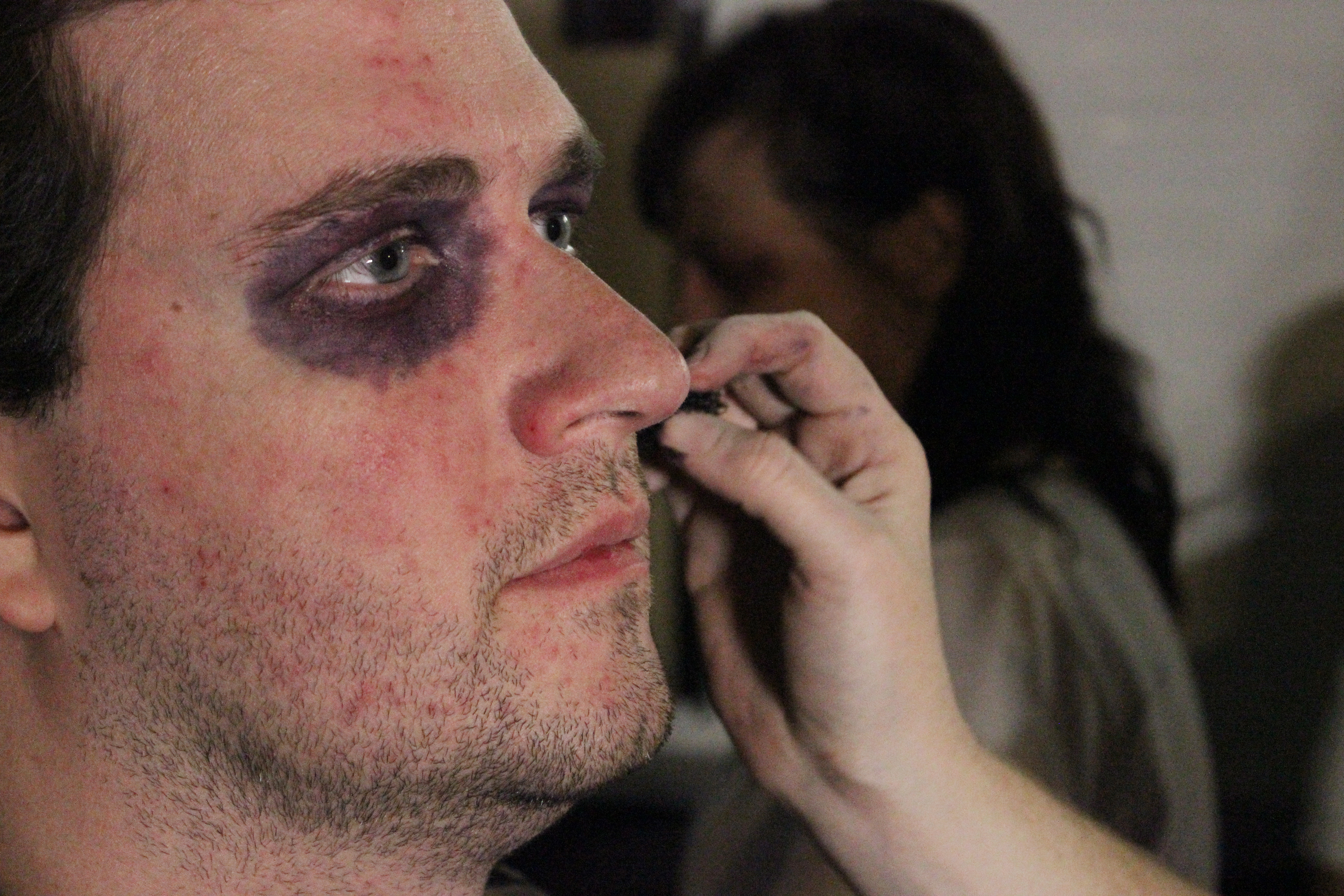 4 Outside Makeup
Make-up artists work outside before the show to add minor scrapes and bruises to the shows characters. 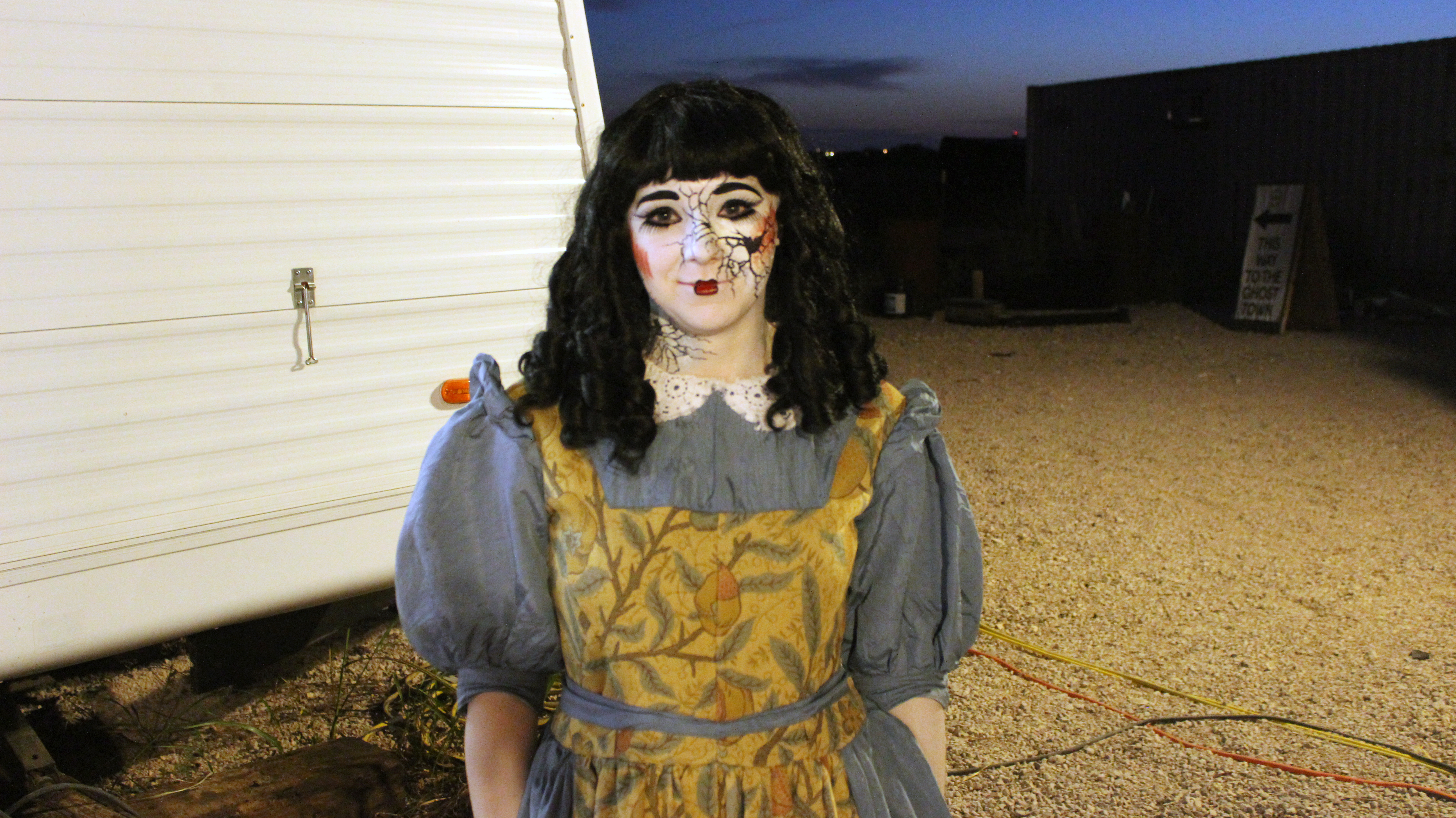 The costuming department for Scare For A Cure, puts together the look for the entire crew after receiving the script. Clothes are donated, handmade, or store-bought. 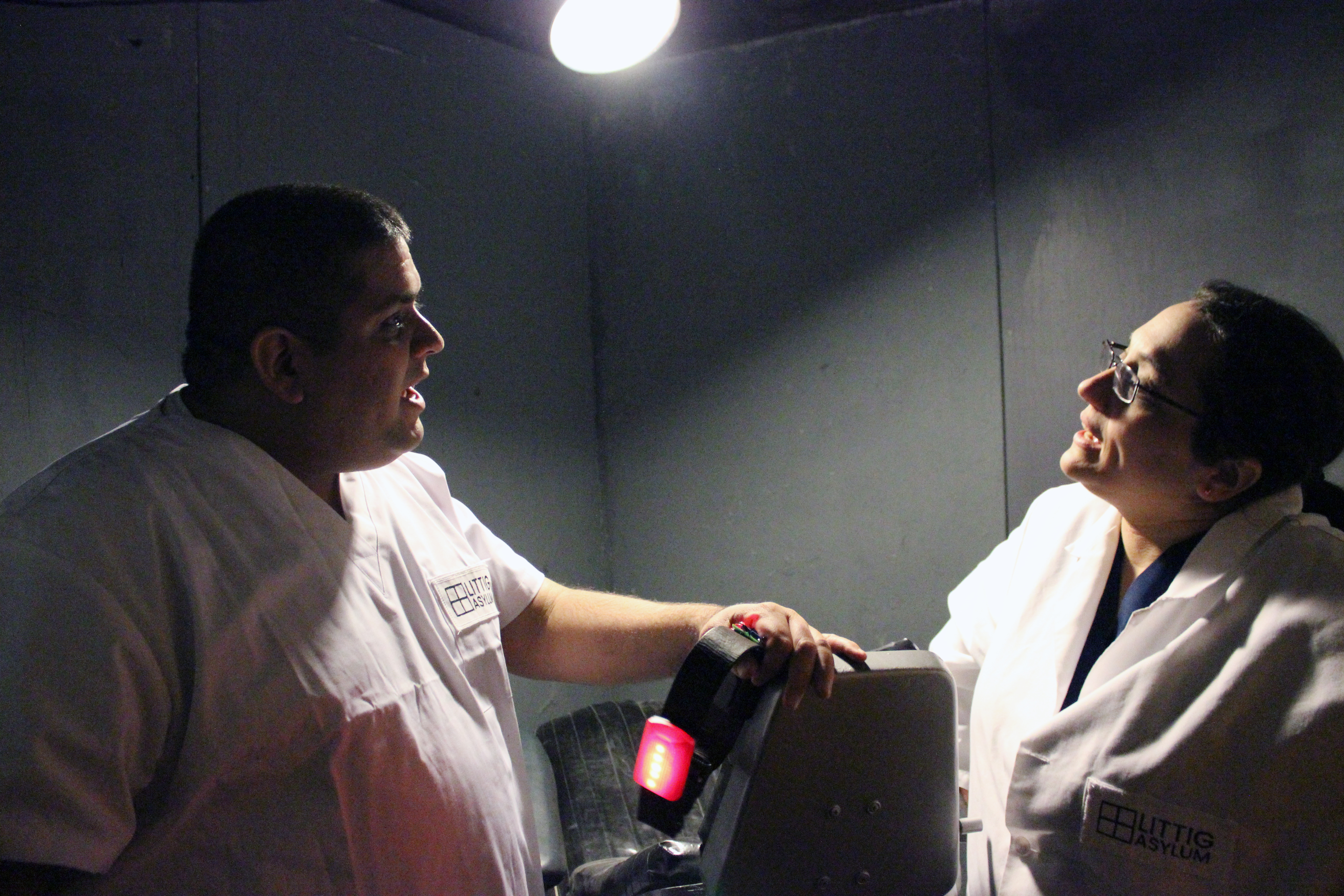 Two volunteers argue as part of the script for this year’s Scare For A Cure. 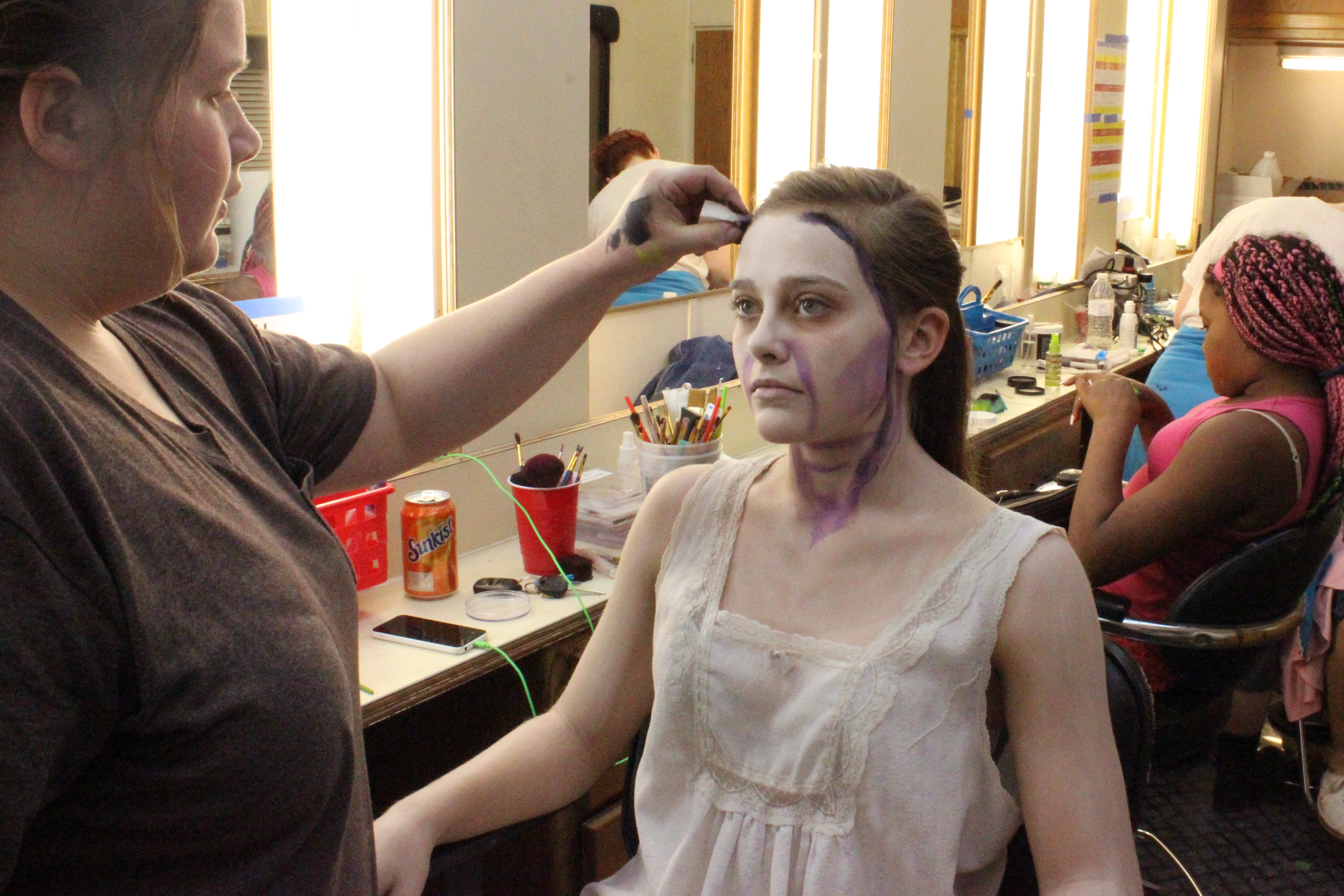 Behind the scenes, make-up artists work diligently in trailers. The make-up done inside the trailers is more complex. 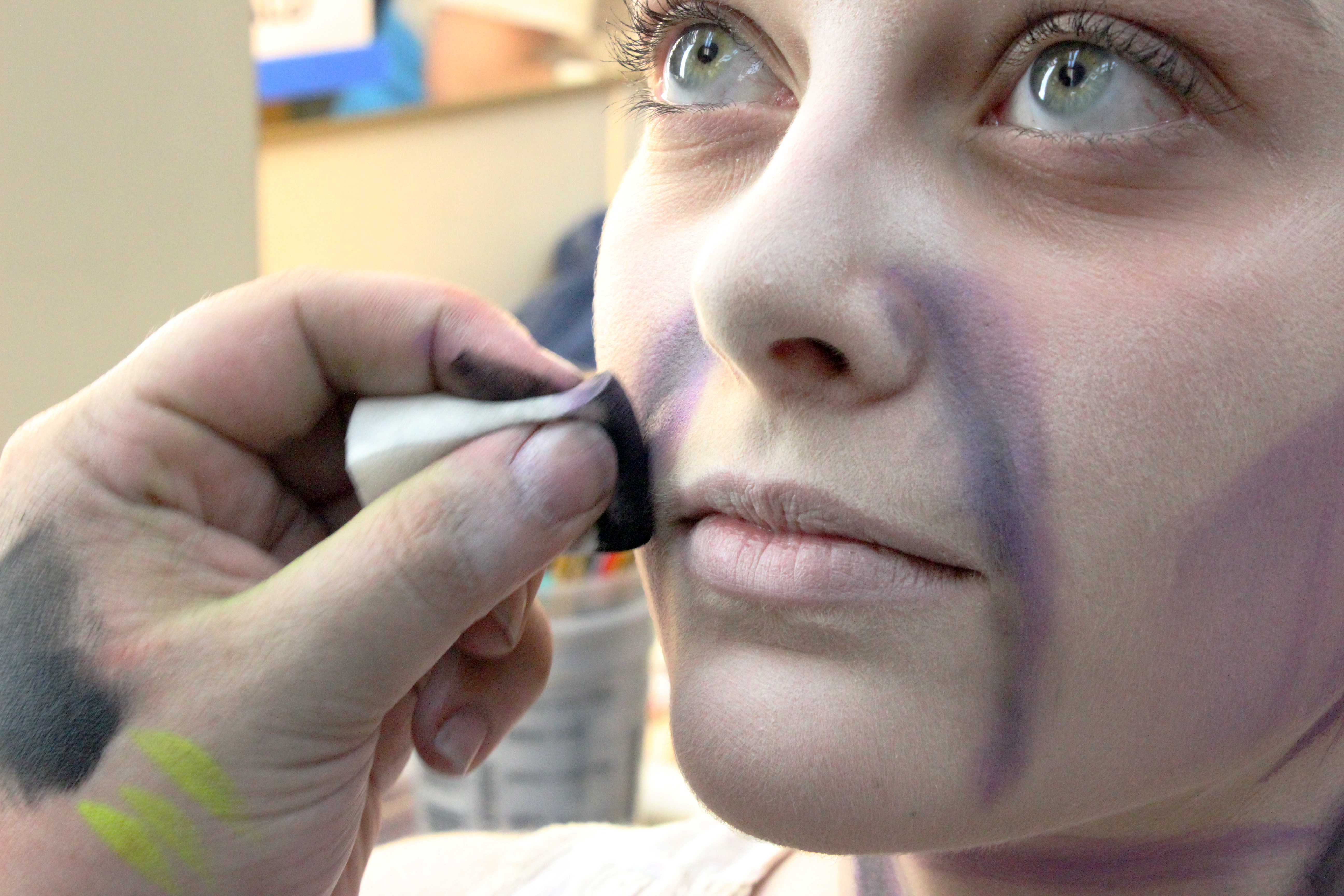 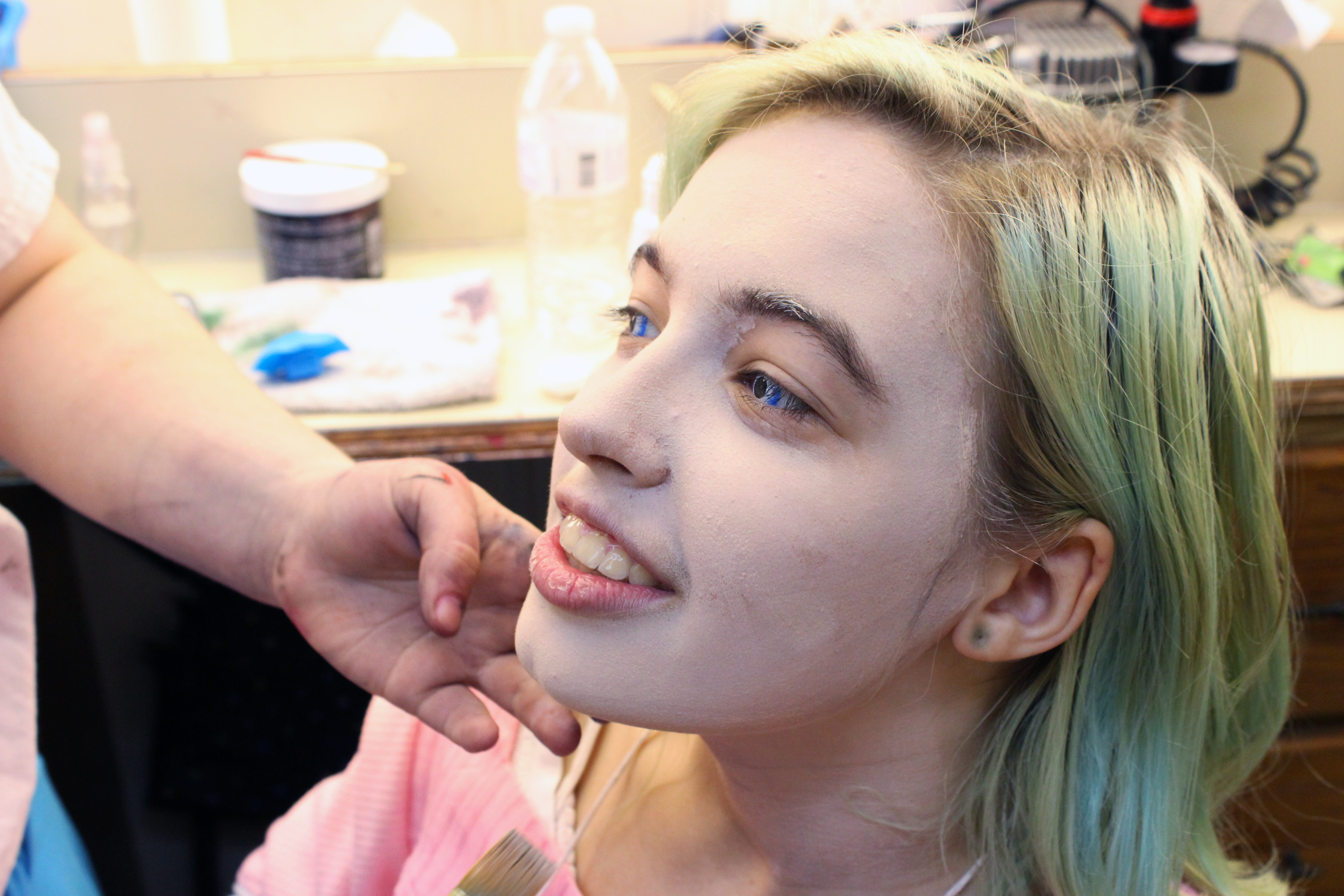 Actors get make up put on. Many of the characters are asylum patients. 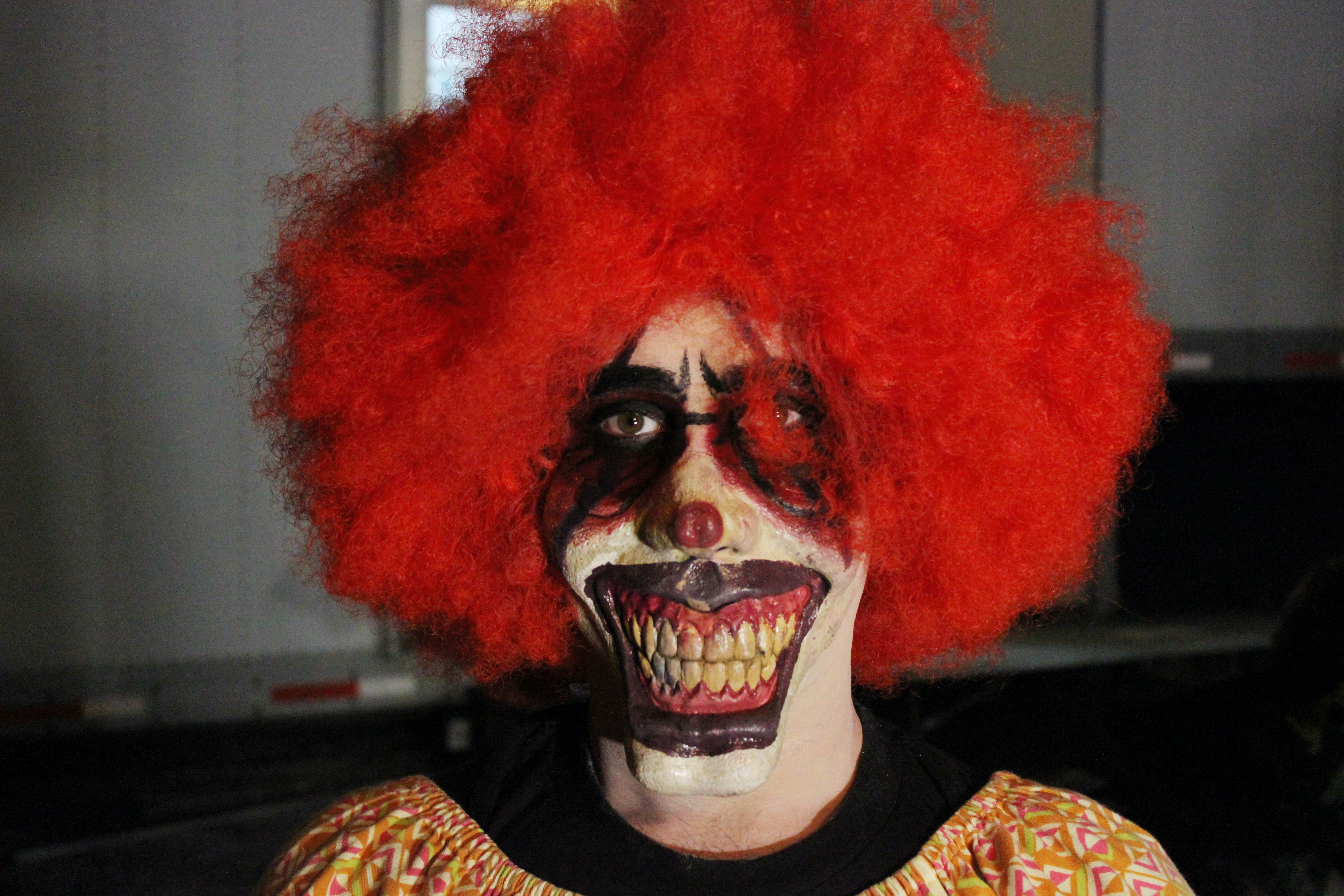 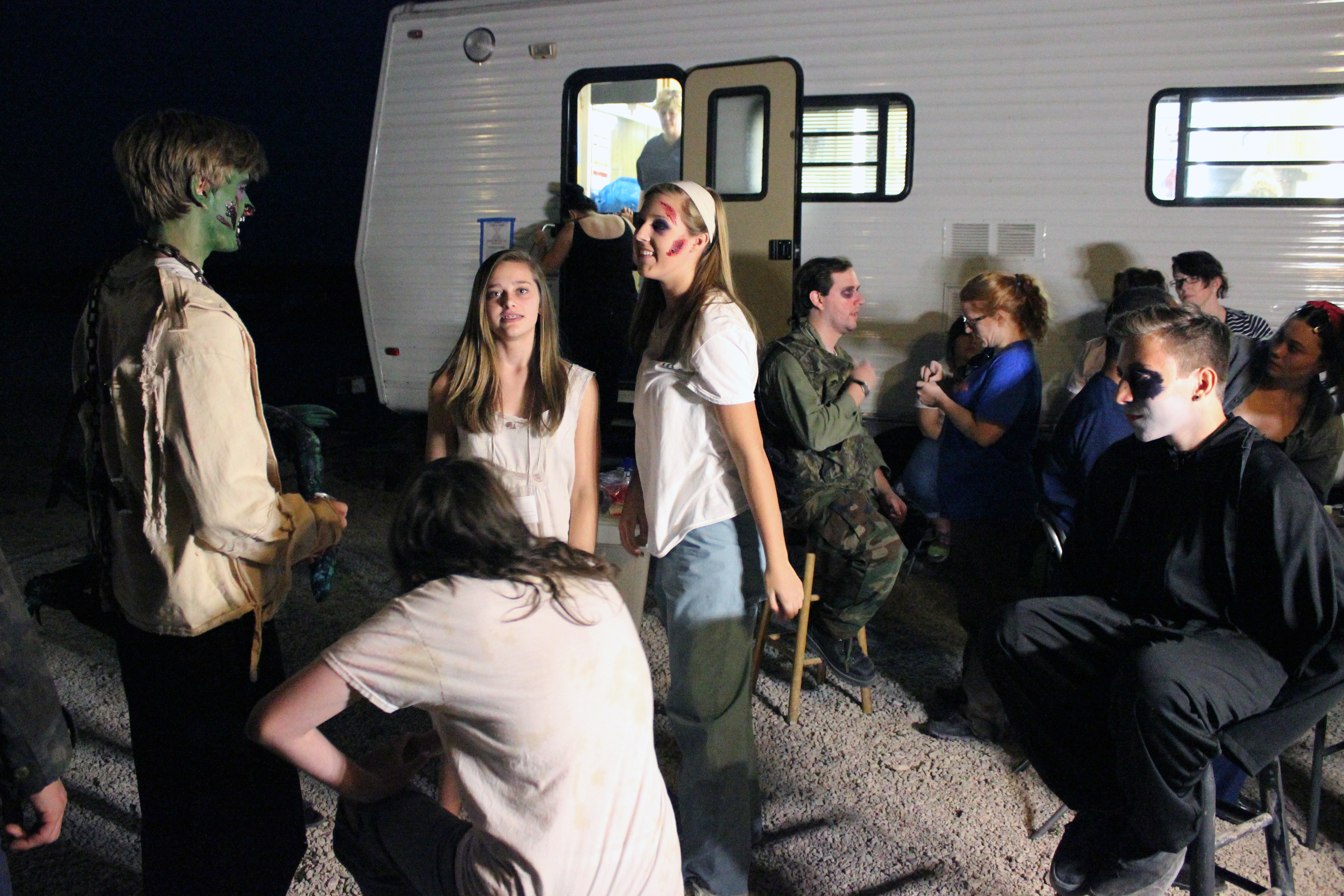