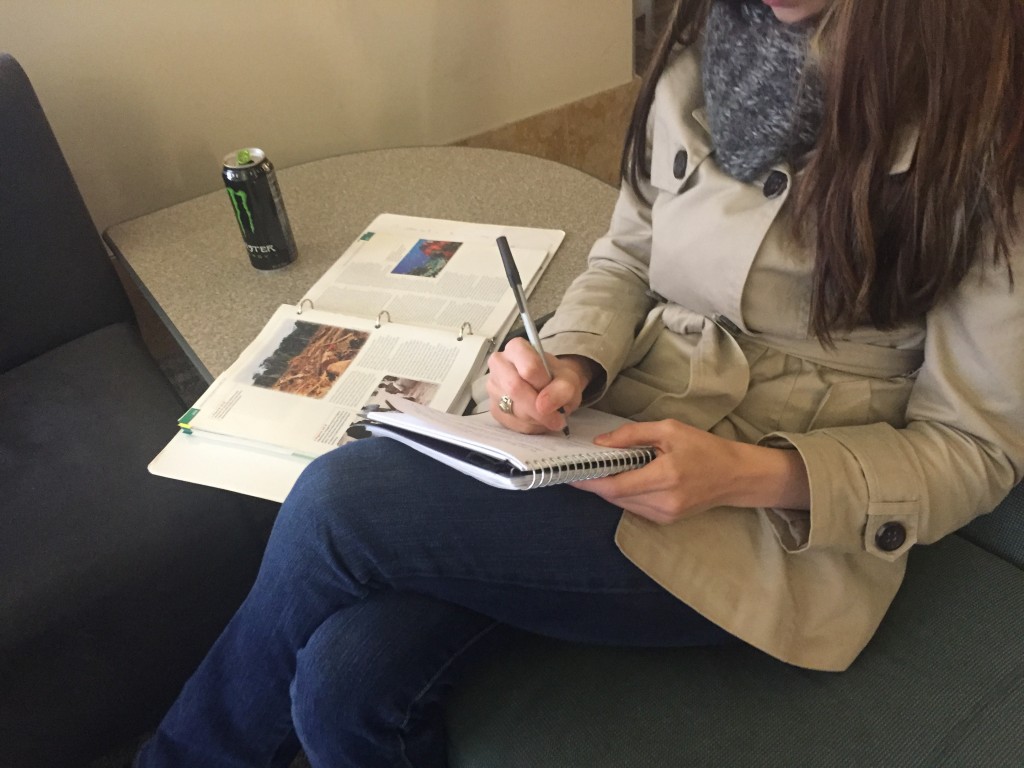 Before students can enjoy winter break, they must finish finals. The weeks before the end of the semester can be a difficult and stressful time for students. Photo Credit: Victoria Rodriguez

It’s that time of year again. Students are walking through campus with blank stares, drinking excess amounts of caffeine and logging endless hours in the library.

December is considered finals season, one of the most stressful times of the year for students. Busy schedules full of holiday plans and test preparation bring stress levels to a peak for most students on UT Austin’s campus.

With heavy workloads, students spend a large portion of their time in the library. Often sacrificing sleep for study time, students create even more stress as they feel the effects of sleep deprivation.

Newton Liu, a sophomore at Texas majoring in chemical engineering, wishes that students could have later classes so students could sleep more and feel less stressed.

“I think a lack of sleep is a main reason why a lot of people are stressed more. So I feel like whenever I get more sleep I feel less stressed regardless of how much work I have,” Liu said.

The university may not heed Liu’s suggestion of moving classes to later times but they offer several services at the Counseling and Mental Health Center to decrease stress.

Katy Redd, the Assistant Director for Prevention and Outreach at the UT Counseling and Mental Health Center, said that the center sees an increase in students as the semester progresses. Finals season is the busiest time of year for the CMHC.

According to the CMHC, both stress and anxiety are the most common reasons students seek help from the Counseling and Mental Health Center. 70 percent of those who seek help cite stress or anxiety as the reason. 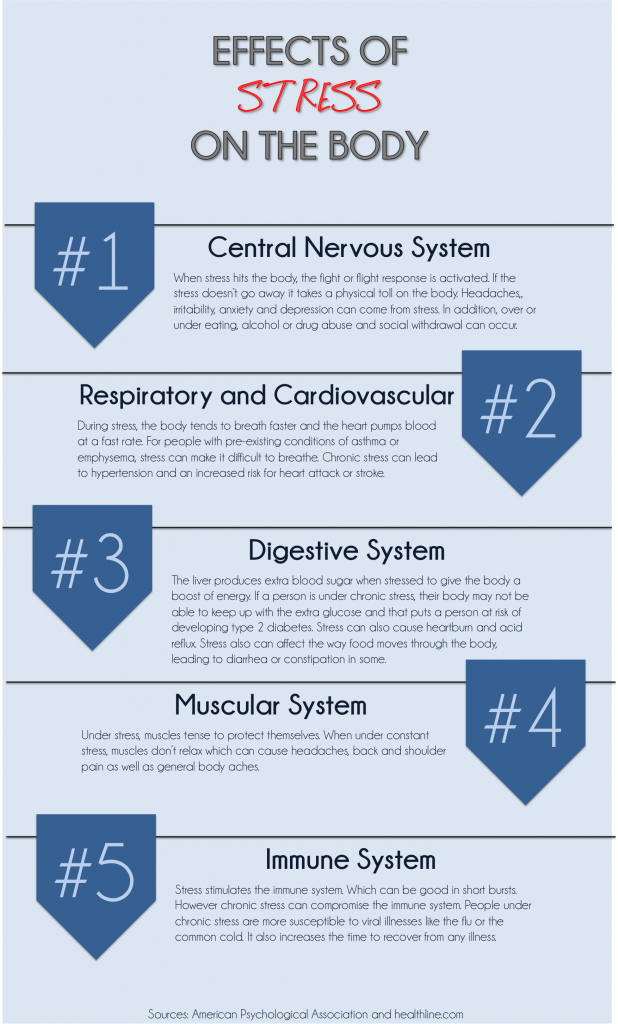 After depression, academic issues are the fourth most common issue with 37 percent of students citing academics as an issue that caused them to seek help.

Juan Cortez, a sophomore theatre major at the University of Texas at Austin, explained that during this time of the year, numerous obligations can cause high levels of stress in students.

“I have a couple of finals coming up I guess for class. As well as a couple auditions for like different productions. You know, ‘How am I going to get home for Thanksgiving?’ and you know just typical stress you have for classes,” Cortez said.

In order to help meet students’ needs, the Counseling and Mental Health Center provides both individual counseling and workshops that work on diminishing stress levels.

From 2013 to 2014 the CMHC held 95 one-hour workshops that about 3,200 participants attended. According to their records, the students who attended the workshops found them very helpful, as 95 percent of participants said the workshops would “help them succeed academically.”

Redd, one of the assistant directors at CMHC, said that focus on additional aspects other than grades was important for the success of the workshops.

During this high-stress time for students, Redd wants students to know that the Counseling and Mental Health Center is here to help.

“We’re here. We have a service for you,” Redd said. “I think whether that service is a group … or we might feel like you particular needs might be met or better met by someone in the community… we want CMHC to be the landing point and help figure out what service is best for you.” 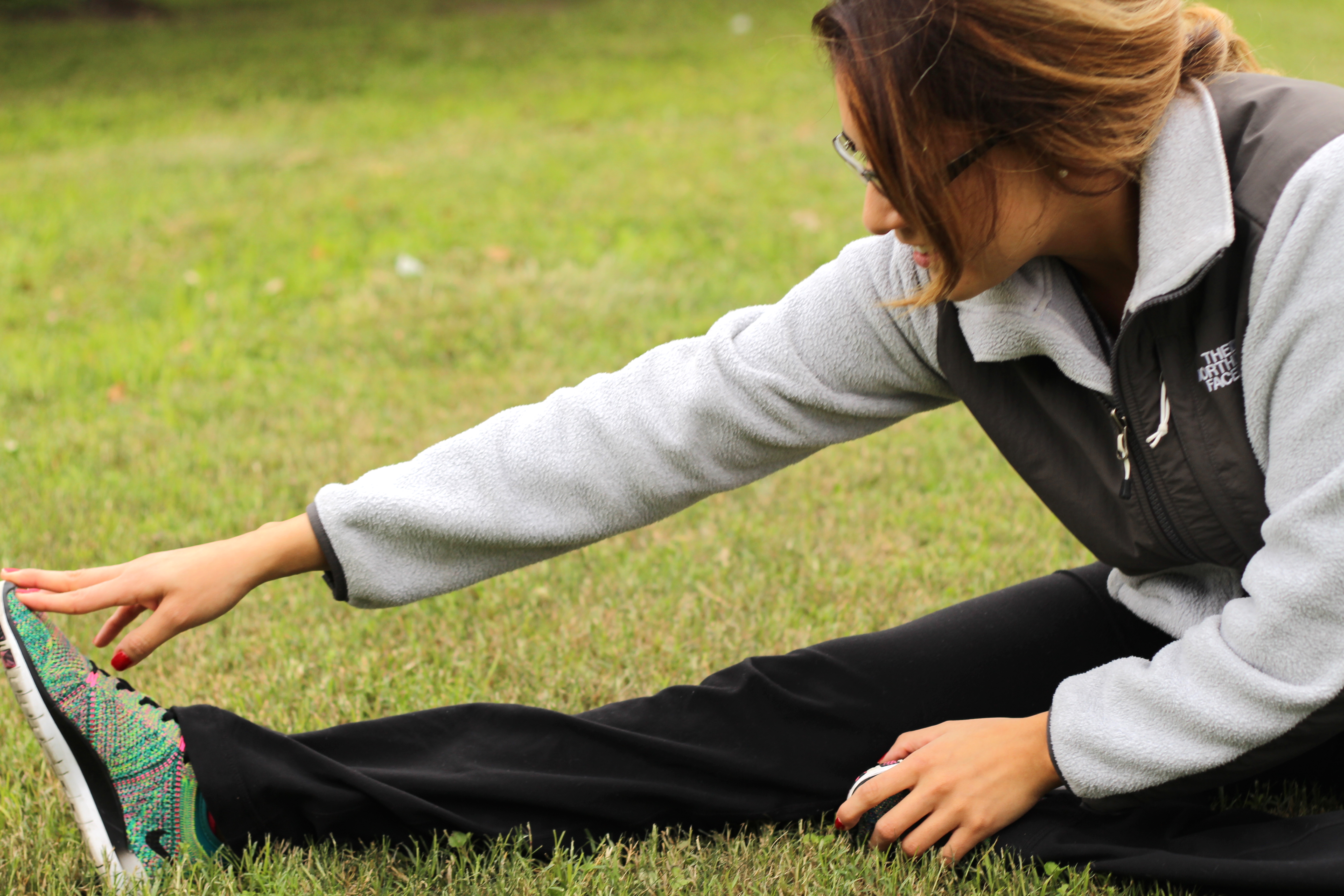 In addition to several services provided by the university, students also turn to extra-curricular activities in order to help try and balance their lives. 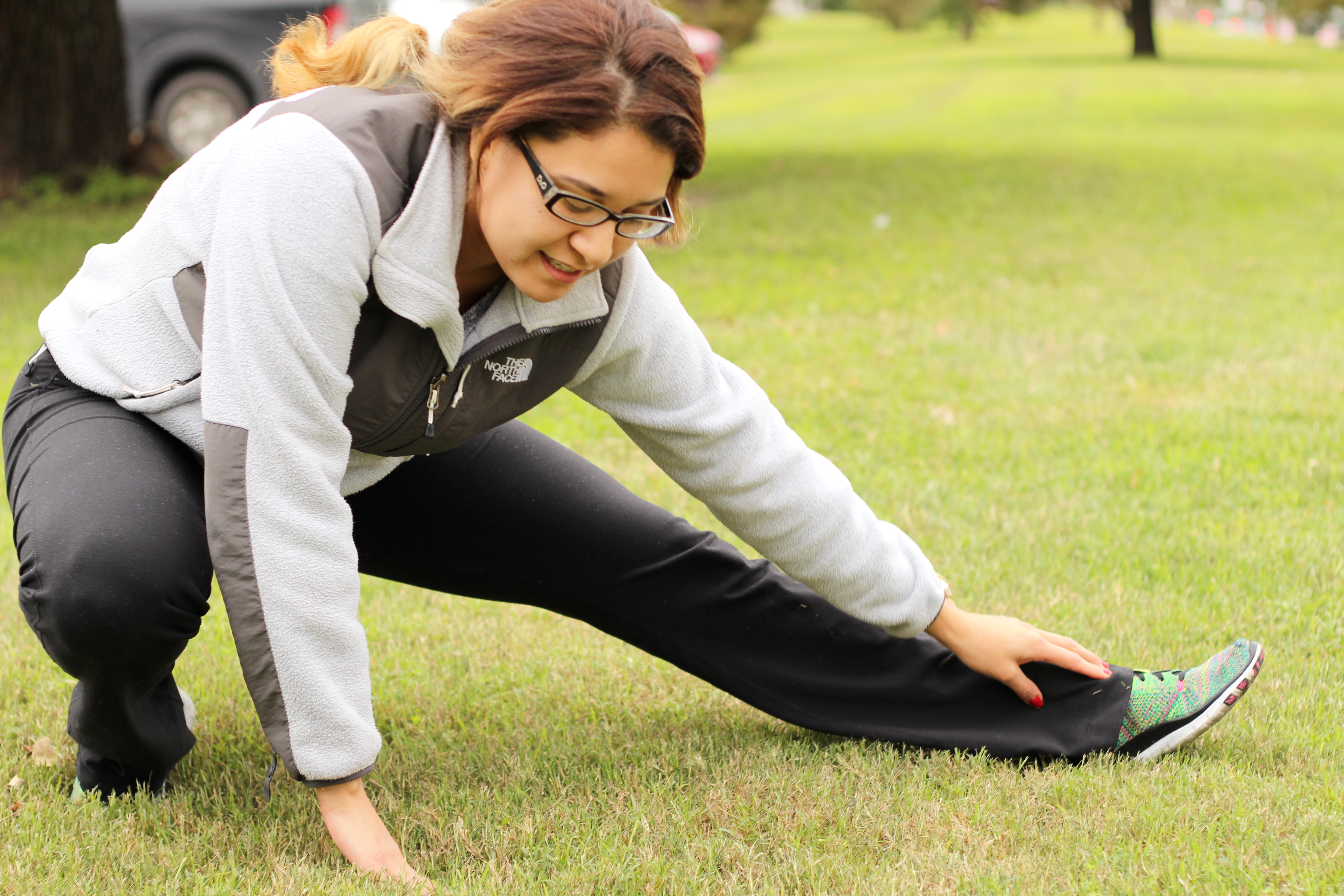 According to an Anxiety and Depression Association of America poll, 14 percent of people make use of regular exercise to cope with stress. Brenda Lopez, a journalism major is part of the 14%. “I love the feeling of a good run. Whether it is in the morning or in the afternoon, running helps me release stress,” Lopez says. 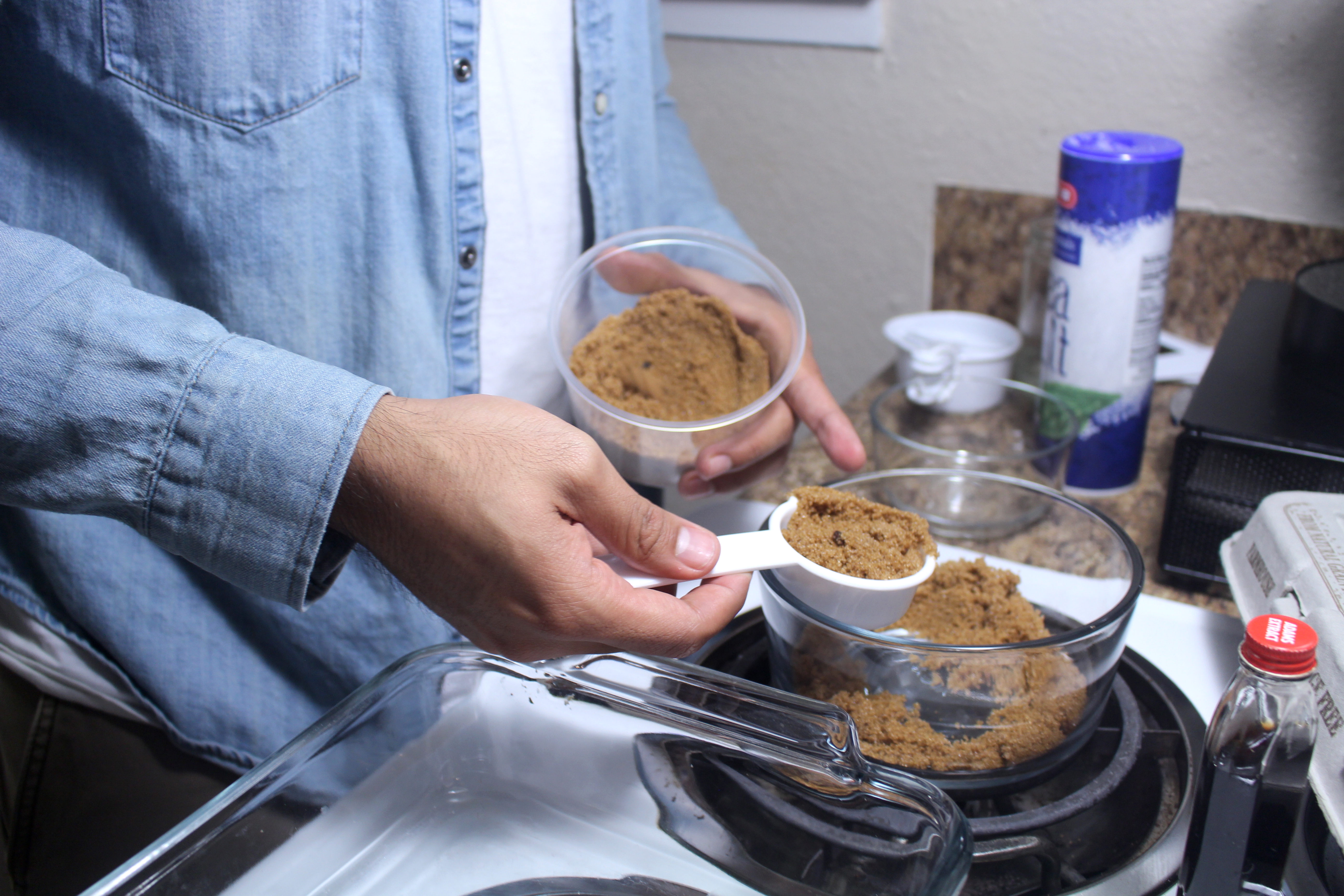 For other students, like Rodrigo Bonilla, cooking is a great stress reliever. 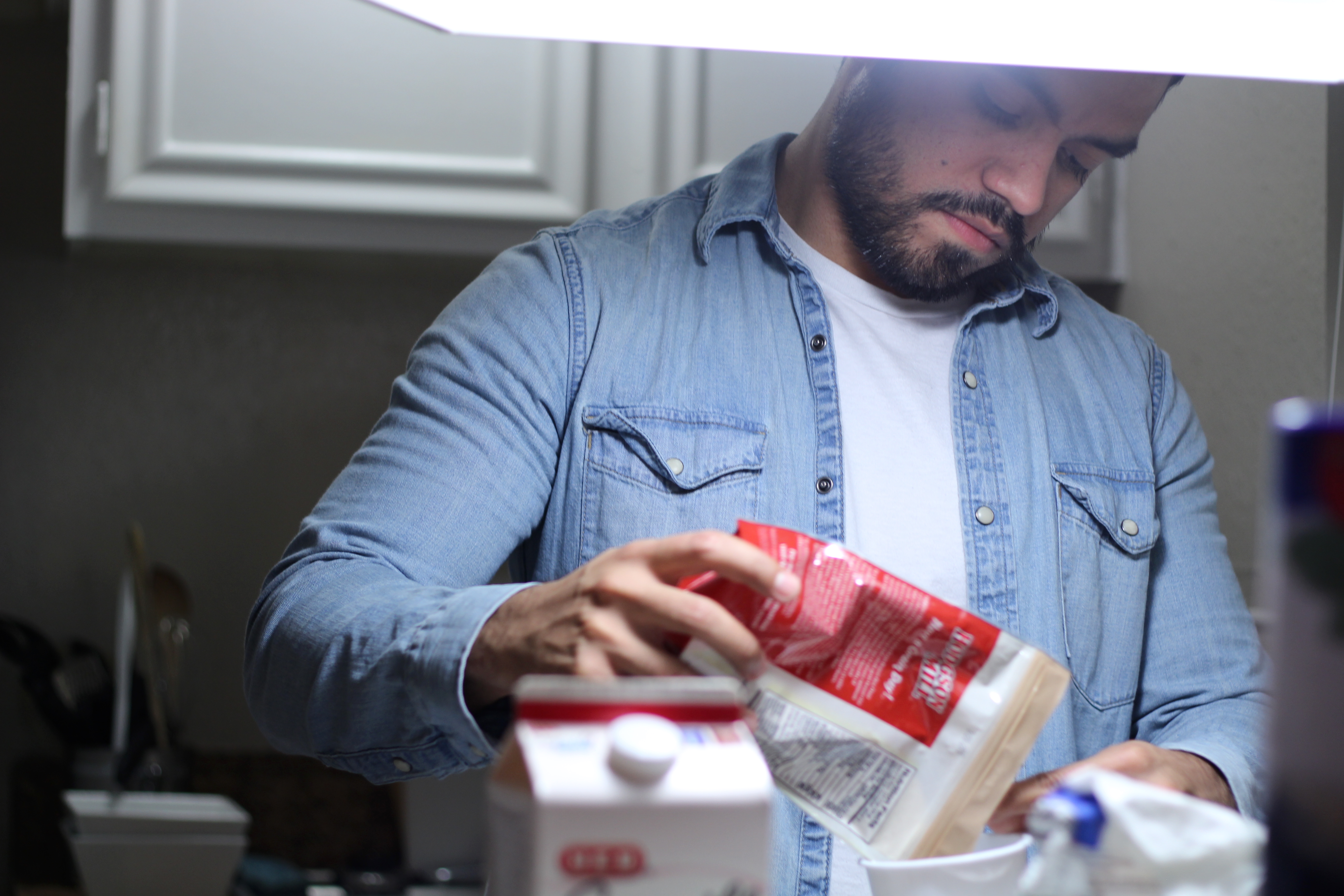 Bonilla, an engineering major, says he’s happiest when cooking. “There is something about the process that makes me forget my problems.” 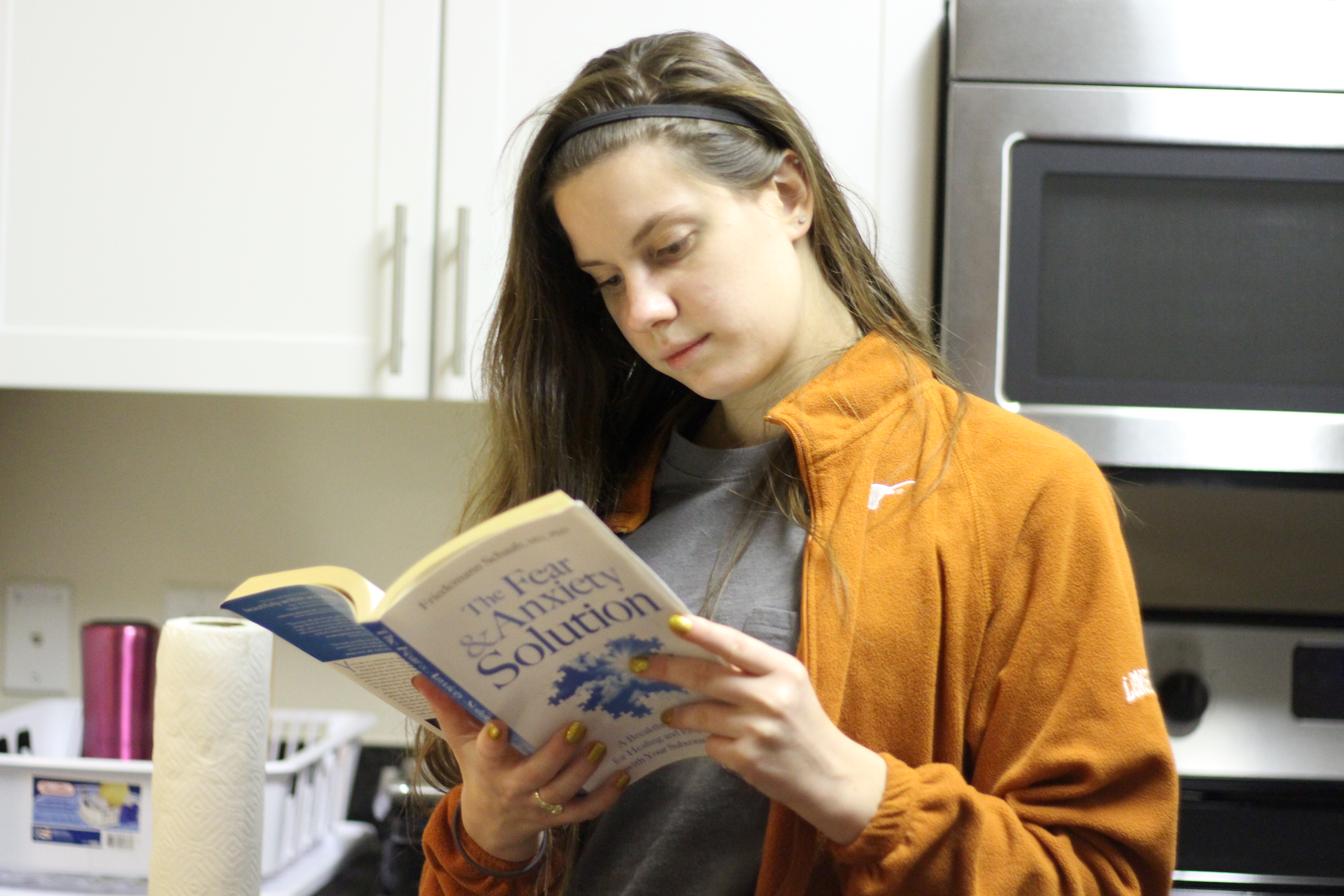 Reading also serves as a form of stress relief for some students. Julia Farrell, a journalism major at UT reads self-help books in her spare time. 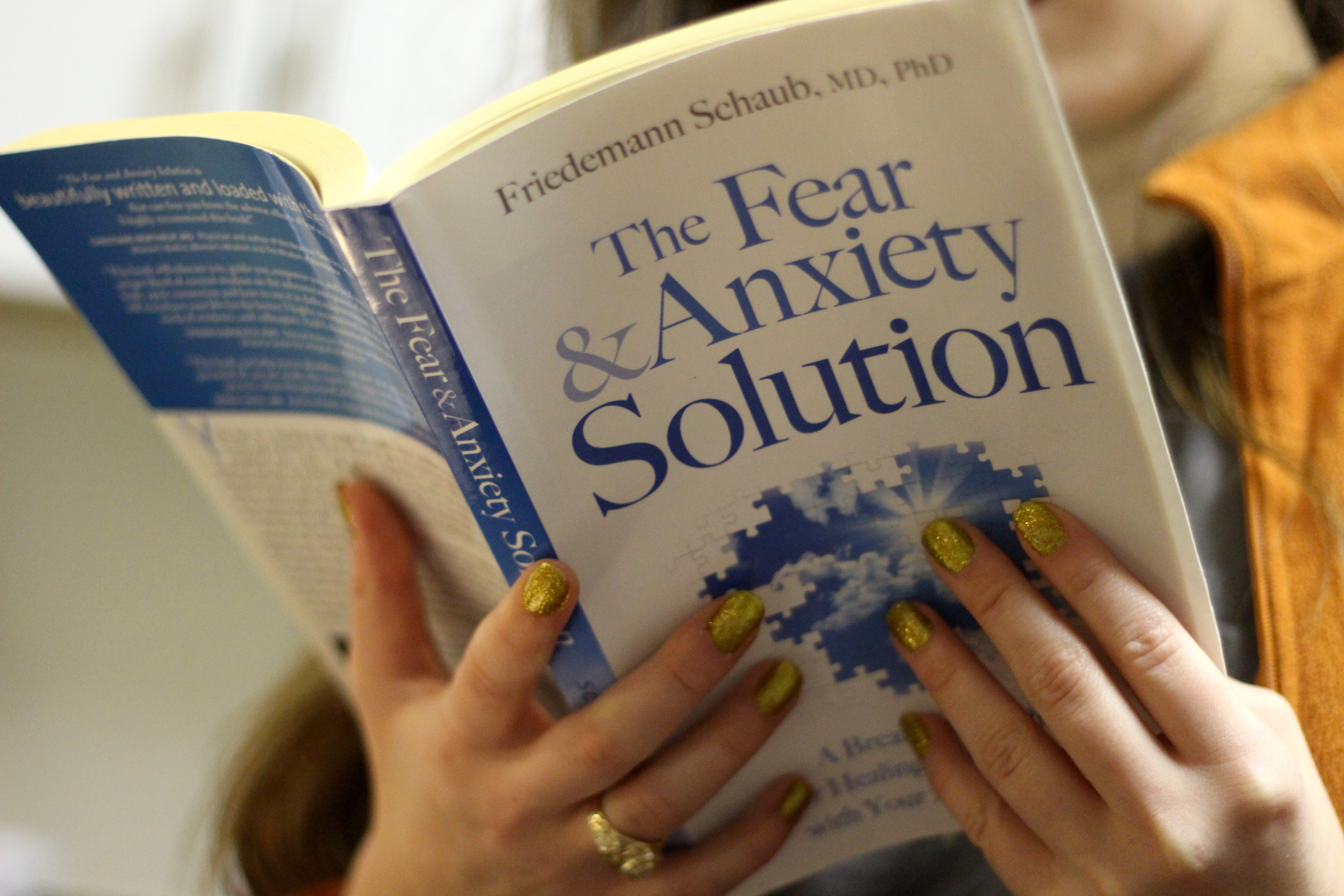 “Reading self-help books has always been a hobby of mine,” Farrell said. “Lately, I’ve been stressed about finals and this book has helped me so much.” 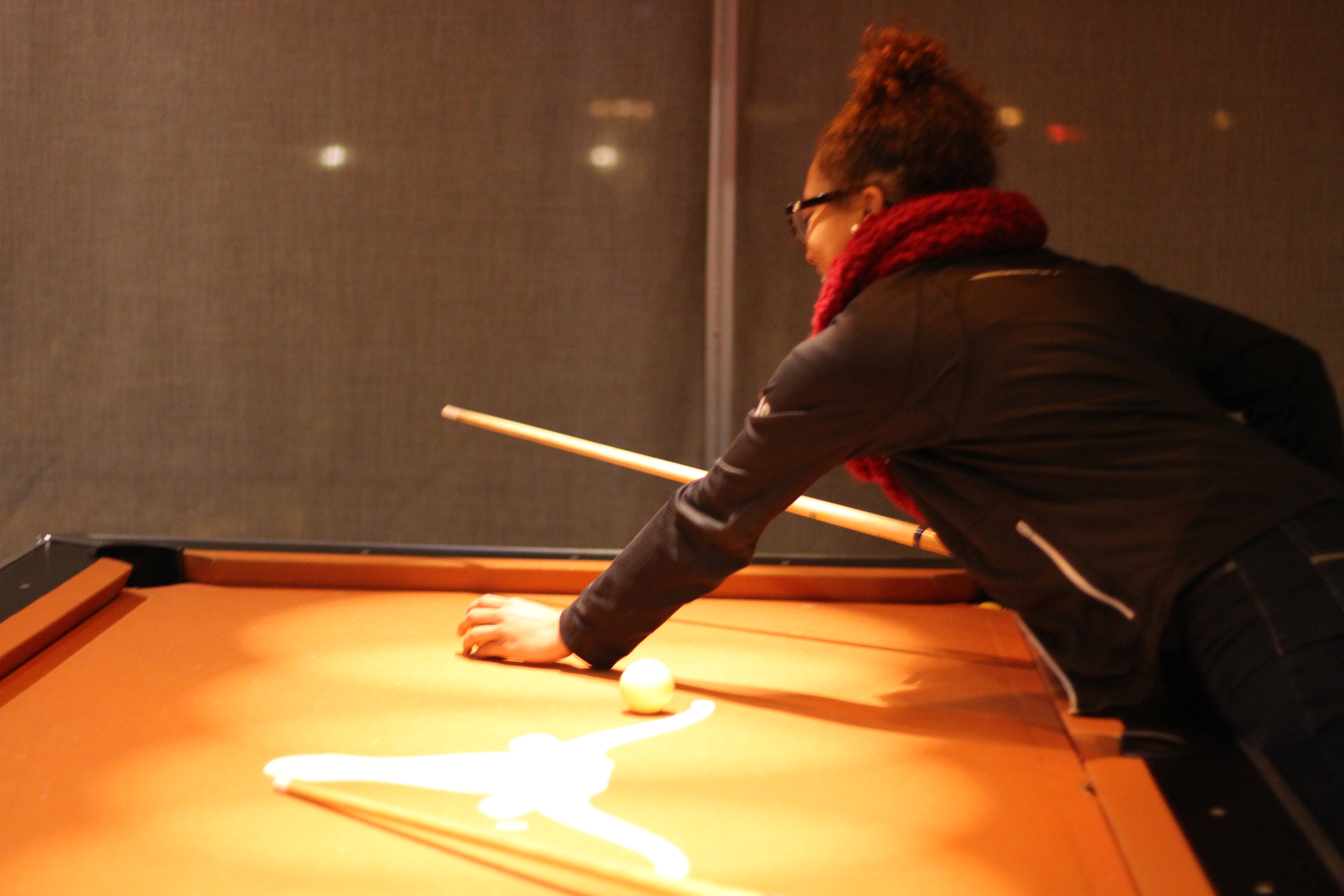 Even games can help during stressful times. Kateline Jones, a dance major, plays pool and other games to help cope. 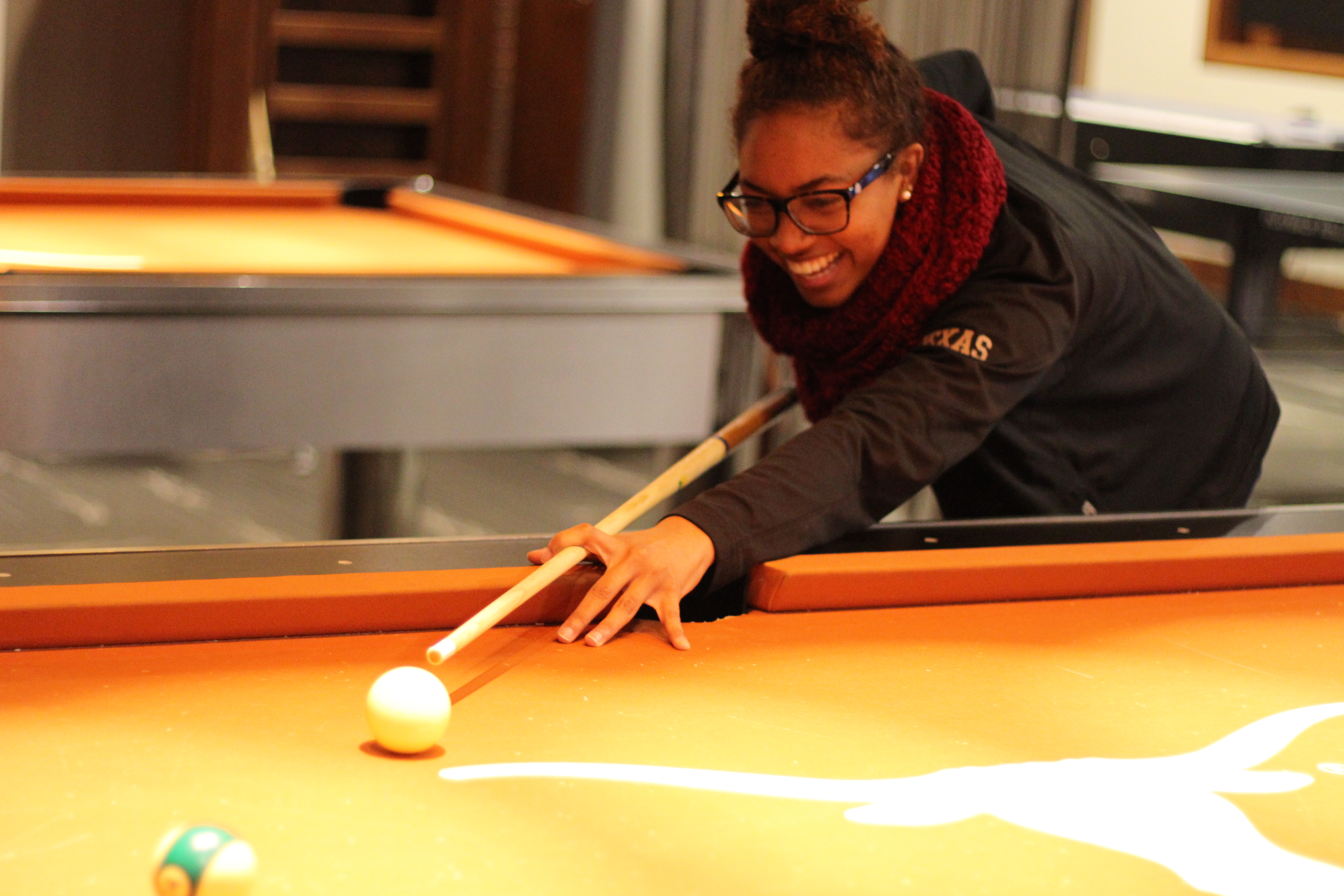 “Playing pool and other arcade type games helps me get rid of stress,” Jones said. 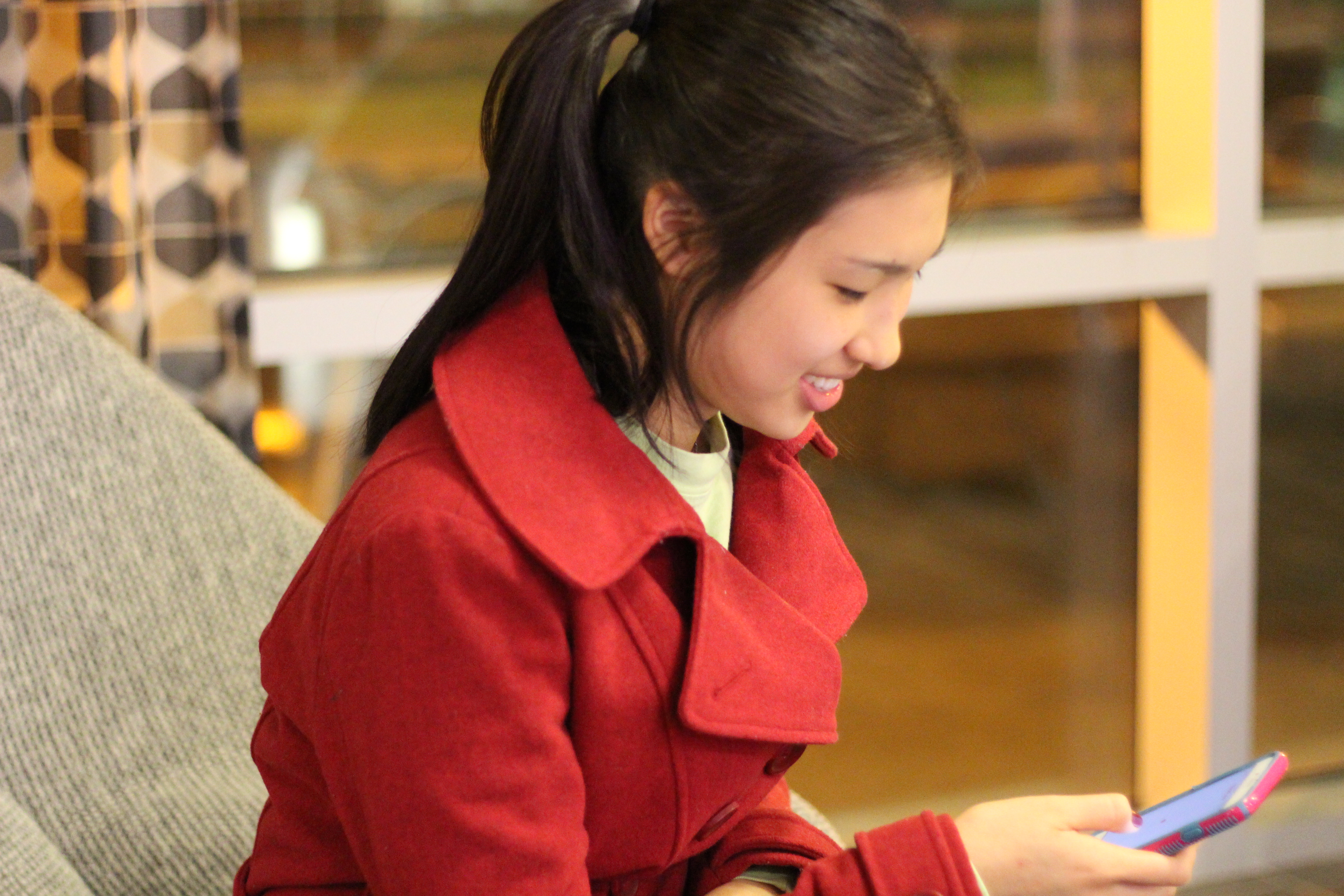 Alina Tang, a biology student, uses Social Media to help distract herself from stress. “My favorite way to not be stressed is to make new Pinterest boards.” 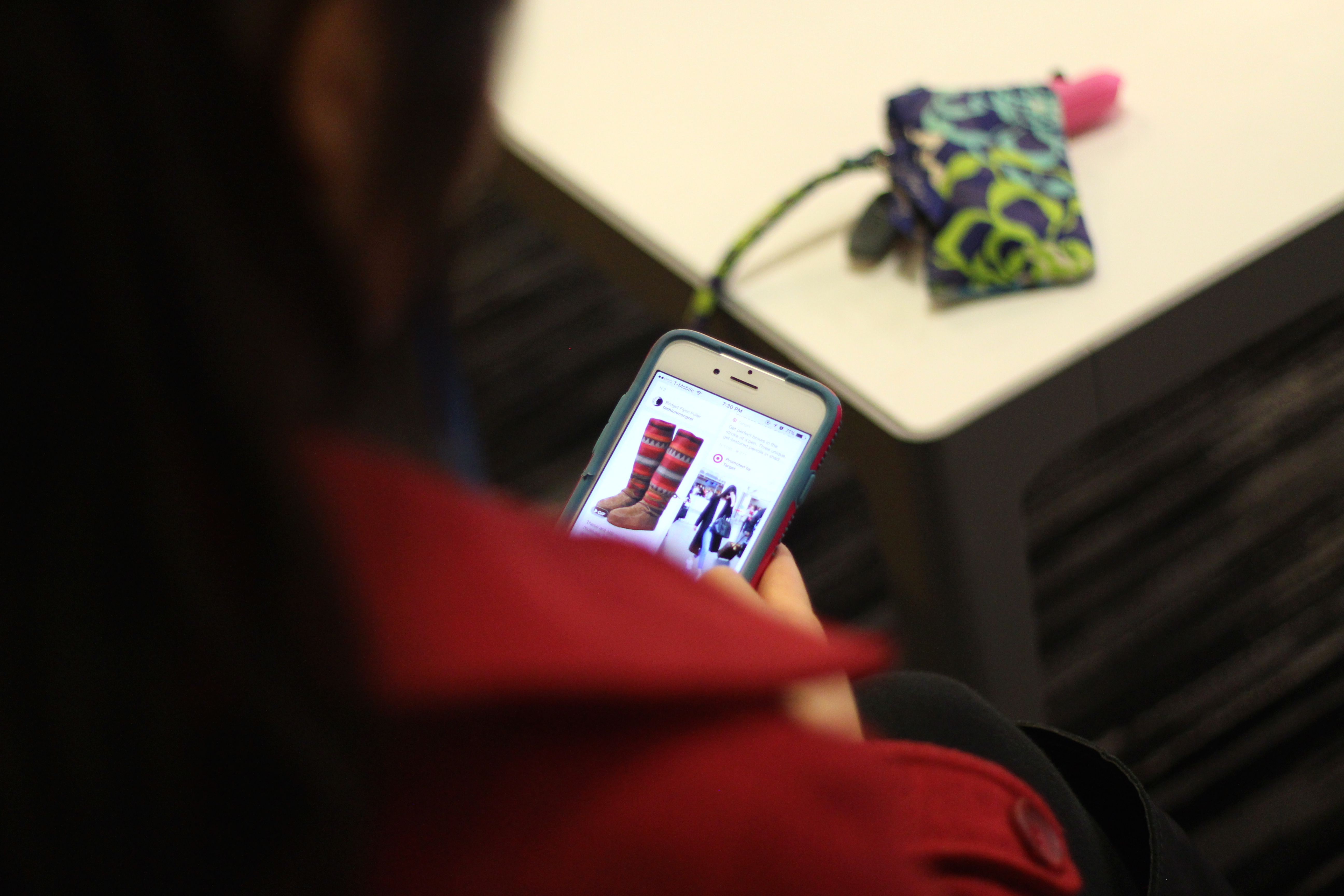 Mental Health America, says a work life balance is important. “While we all need a certain amount of stress to spur us on and help us perform at our best, the key to managing stress lies in that one magic word: Balance.”