Lack of female representation in most lines of work has been a cause for concern for quite some time. The fact that a group can make up half of the population while only constituting 4.4% of CEO’s for Standard & Poors 500 companies is at the very least puzzling. One field in particular lacks gender diversity at all levels.

Cinema has been a male-dominated industry since its inception. While females have always had on-camera roles, it’s the behind-the-scenes and studio work that has excluded women for as long as the cameras have been rolling. Even on-camera roles are limited to younger and more attractive women that are easily marketable.

Only 1.9% of the directors that made the top 100 grossing films of 2014 were female. The majority of films that women produce and direct are documentaries, which as a whole are much less viewed than narrative pictures.

While there are definite generalities to be made about film as a whole, many women have different experiences that paint a more holistic picture. Kat Candler, a RTF professor at the University of Texas, believes there are key difference between the business of producing independent films and large studio productions.

“In the independent film community, there’s a much more even divide in terms of male and female filmmakers because we’re creating our own opportunities,” Candler said. “Whereas you have the studio system, which has studio heads that are male dominated.”

Candler describes her experience in Austin, a much smaller scale film community than New York or Los Angeles, as encouraging.

“When I moved here I knew I wanted to make movies and no one ever told me I couldn’t,” Candler said. “There were no negatives about it. It was just very open, very welcoming, and very encouraging.”

“It wasn’t until I went to LA and started having some meetings where there were definitely condescending remarks and statements,” Candler said.

While Austin might be a better working environment for female filmmakers, the University of Texas’s film department shows a true lack of diversity. Male students outnumber females greatly, especially in the directing and cinematography classes. 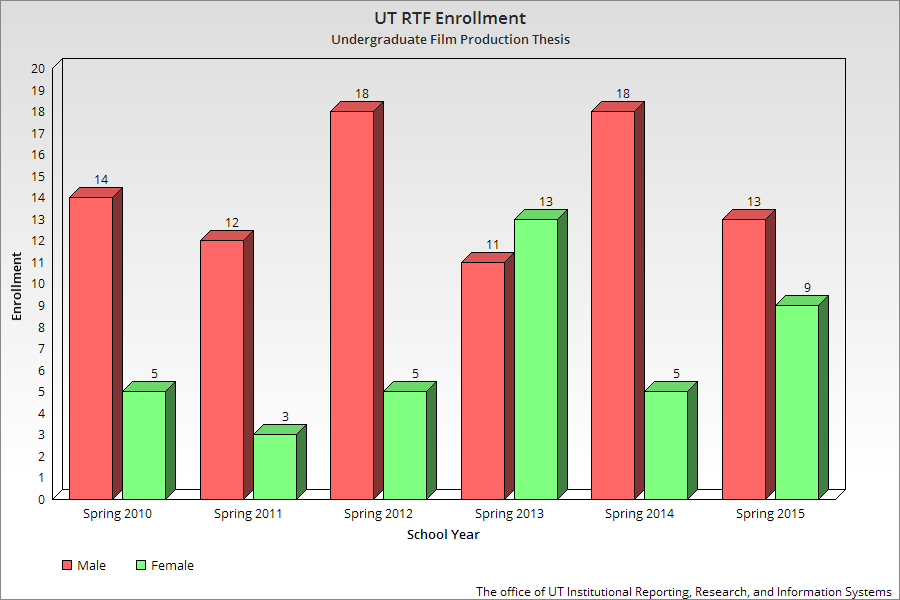 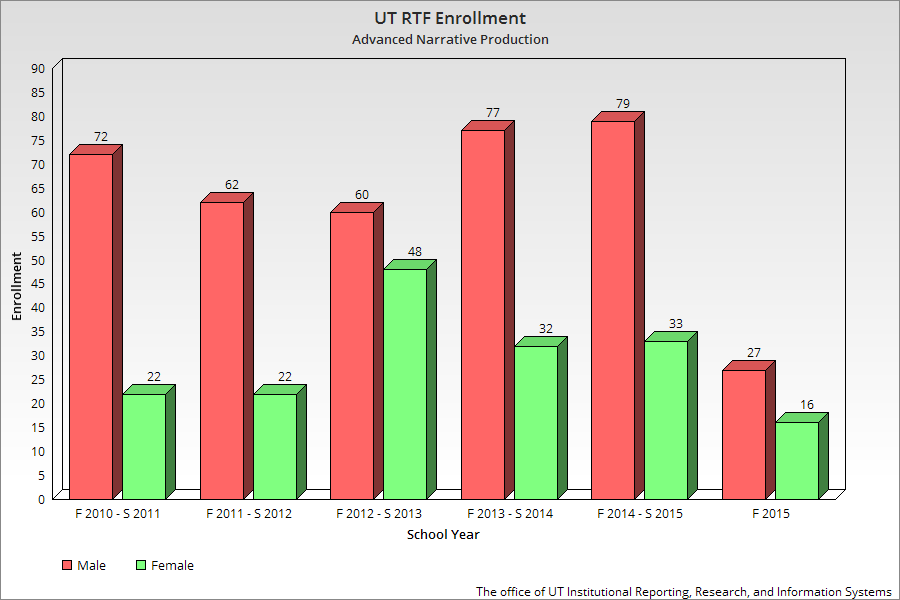 Madeline Packard, the president of the organization Women in Cinema at UT (founded by Kat Candler), believes that more women should be involved in the entire filmmaking process and not just production and writing courses.

“When I talk to undergraduate students about why they may not be interested in [directing and cinematography] courses, there’s a lot of hesitation,” Packard said. “There’s something that I feel a lot of female filmmakers just can’t get past. To me, that comes from the underhanded sexism, which isn’t intentional and isn’t directly hurtful, but it subconsciously gets to the student body as a mass and creates these roles that don’t exist.”

Many efforts have been made to encourage more women to participate in filmmaking. Michelle Voss is the creator of Femme Film Texas, which is a camp for young girls that teaches them about film in order to “promote media literacy and encourage self-expression.”

“I wanted to get film technology in front of girls and introduce the idea of girls being the media makers and not just the media consumers,” Voss said.

Voss’s passion for the development of young female filmmakers reflects the sentiment of UT student Katherine Wei, an RTF major who finds representation to be imperative.

“The stories that we tell kind of reflect society and the stories that are heard are heard by a wide audience,” Wei said. “The way we tell a diverse story and create a diverse view of our society is through having a wide range of people telling stories.” 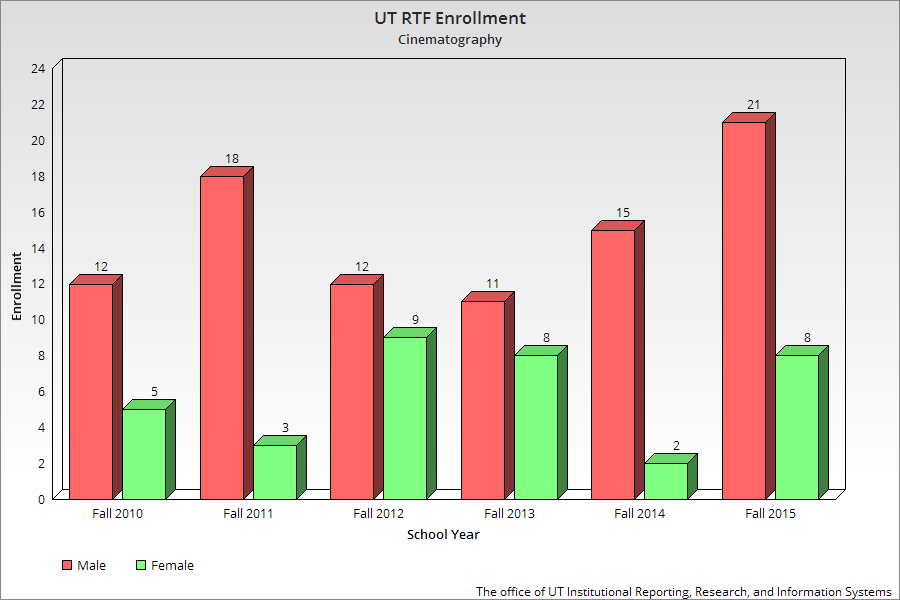 ← Deep in Diversity: How Ethnicity & Class Backgrounds Matter at UT Austin
East Austin History Tour: Strangers in Our Own Community →