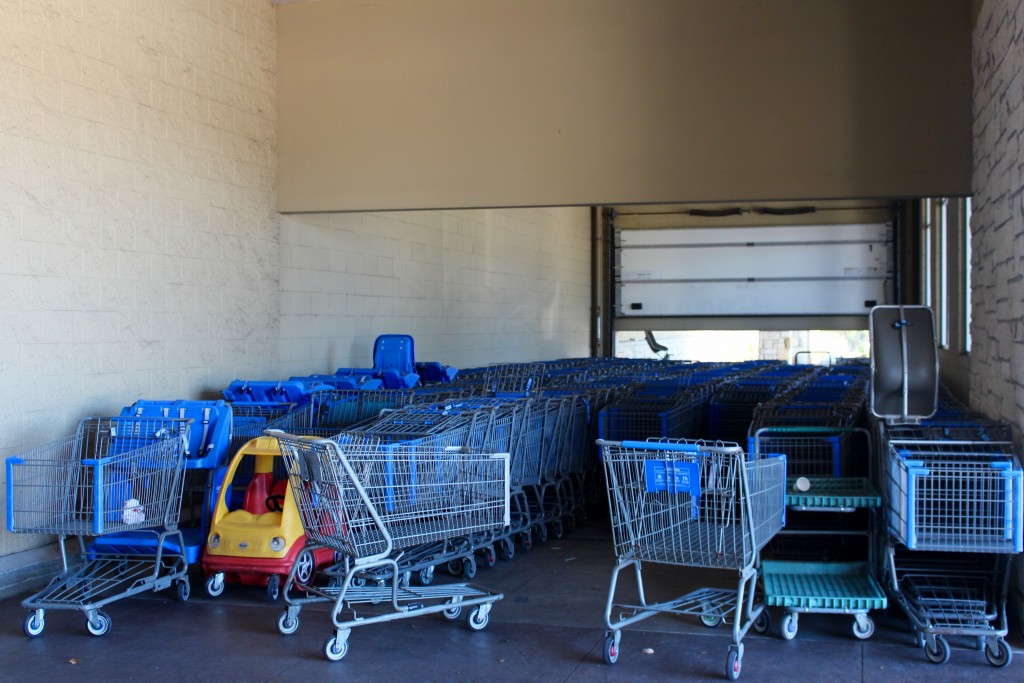 Wal-Mart Stores, Inc. announced in a press release on Jan. 15 that it would close 269 stores globally by Feb. 6. While many large cities, such as Los Angeles or Chicago, will lose only one or two of their numerous Walmart locations, small towns across the country, including here in Texas, are losing their only grocery store.

In some cases, they are also losing their only pharmacy.

Italy, Texas, is one such town. Their only grocery store and pharmacy within the town was a Walmart Express. The location closed on Jan. 28, only 13 days after Walmart made the announcement. 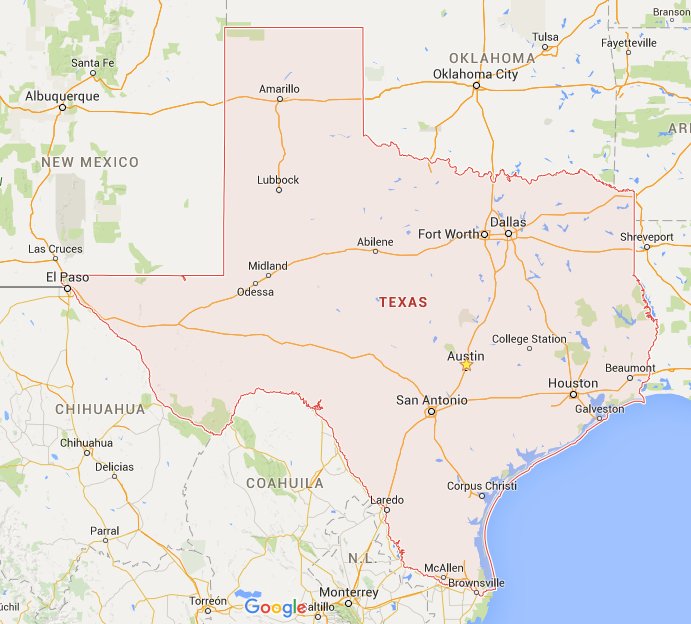 Map of Walmart stores closing in Texas in January 2016. Roll over map with mouse to see locations.

The closure left many residents, especially the elderly who do not drive, feeling unsure of how to get their prescriptions. The nearest pharmacies are in Hillsboro and Waxahachie; both are approximately 20 miles from Italy.

“The closing of Walmart was a boom [shock] to this town. Walmart chose Italy; we didn’t choose it,” Italy resident Elmerine Bell said. “Folks my age now either have to drive 20 miles for their prescription or get help from someone to get it for them.”

Small-business owners in Italy are also feeling the loss of the grocery store. Many bought supplies in bulk from the store and will now have to take off work for a full day to purchase supplies in Waxahachie.

Esteban Martinez, owner of Mama’s Place Restaurant, got his condiments and other supplies from the Italy Walmart if he ran out unexpectedly, but he will now have to go without replacements until he can get to the nearest grocery store.

“The big peoples don’t care about the small peoples,” he said.

Texas is a huge market for Walmart. According to Hours Info there were 458 stores operating in Texas before Walmart’s announcement came that certain locations would close in January.

With the departure of the only grocery store and pharmacy in town, residents assumed that another store would immediately take over the empty space.

“We thought other things were going to come, and then nothing came. People that now come in will say we were such a small town you couldn’t even keep a Walmart open,” Dynamic Kutz and Styles Beauty Shop employee Taylor Sped said.

Residents of the town are still unsure why the store closed. Many of them are still finding new ways to compensate for Walmart’s departure.

“In the next few years, if it stayed, it could [have fed] the businesses here,” Ellis County Commissioner Paul Perry said. 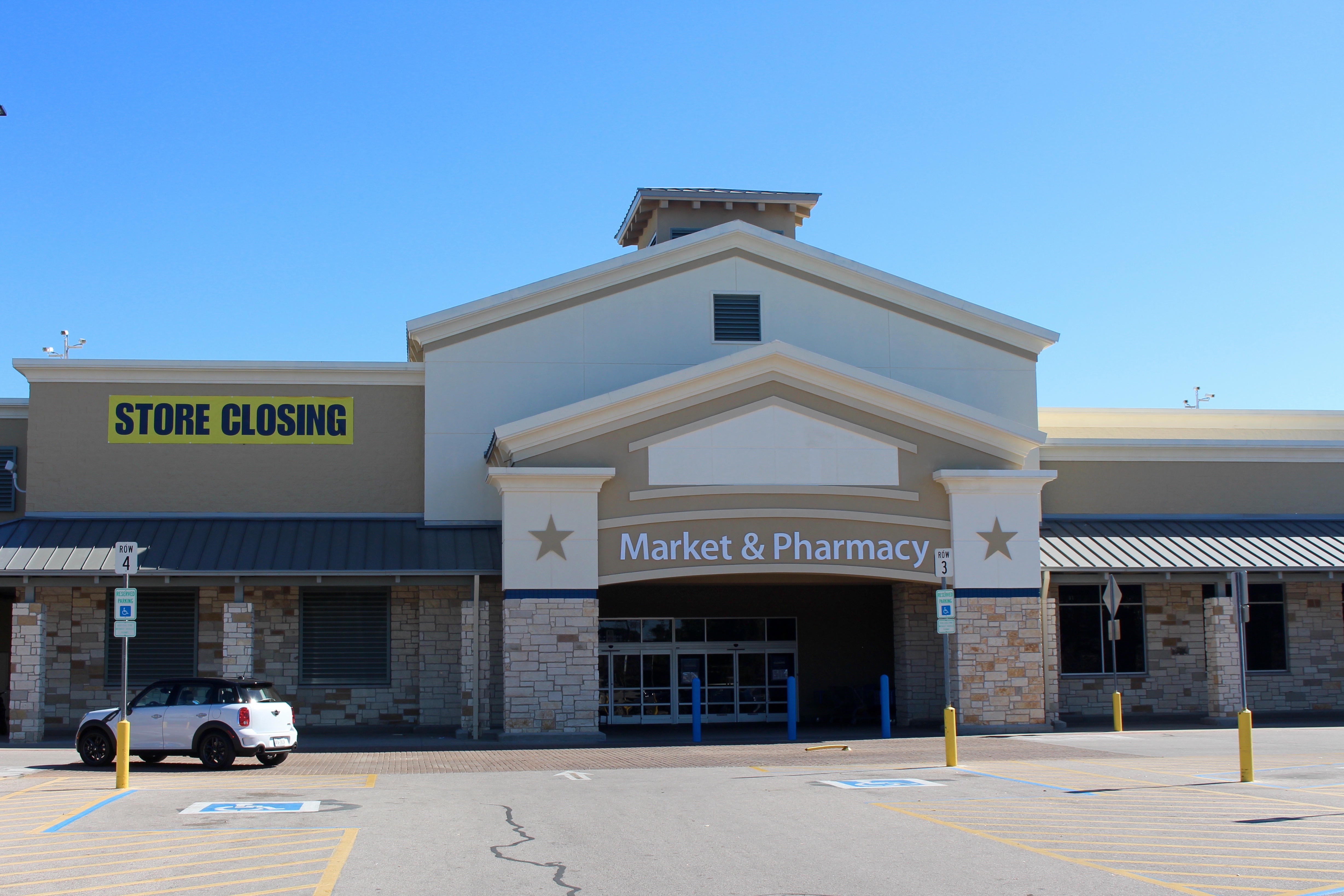 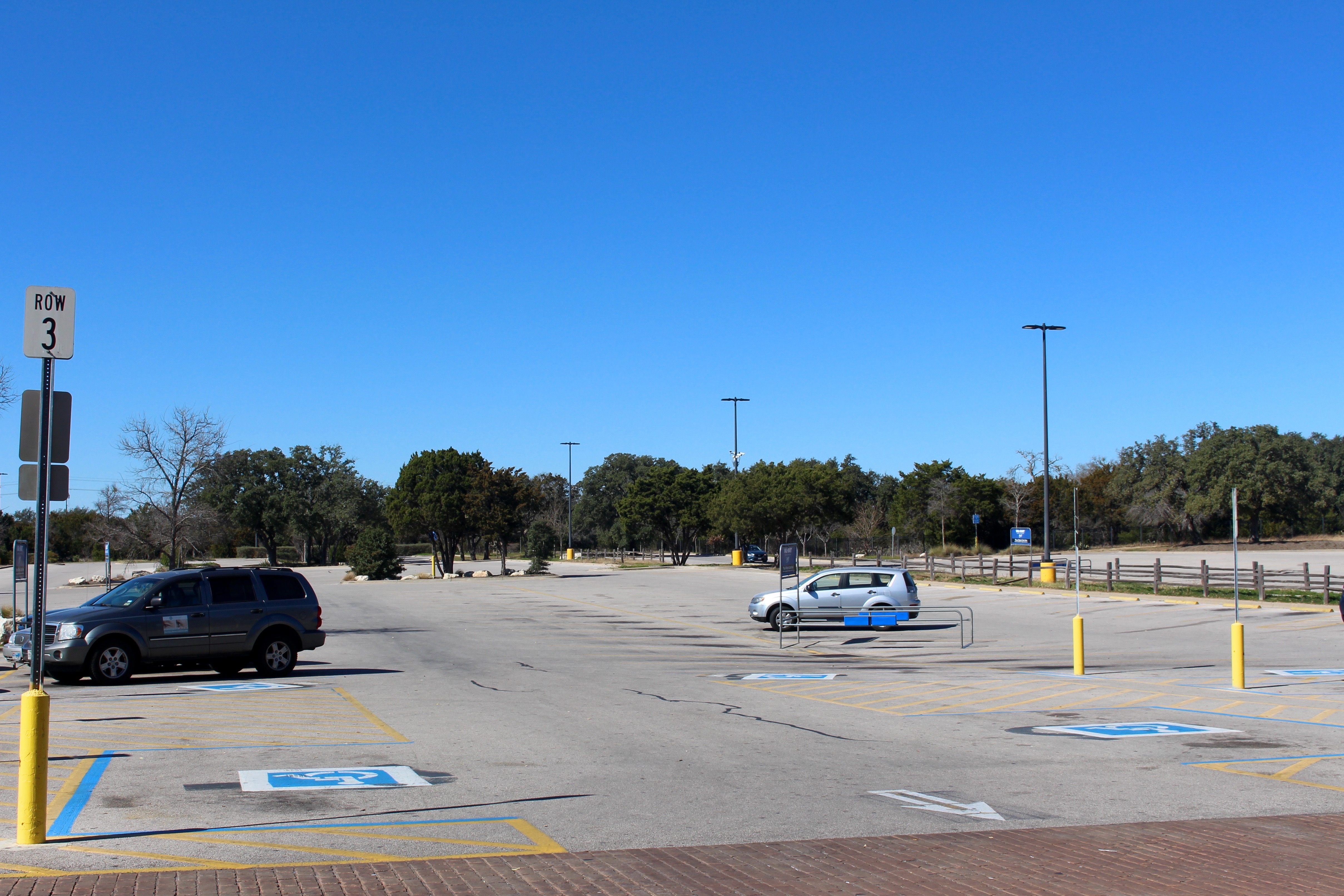 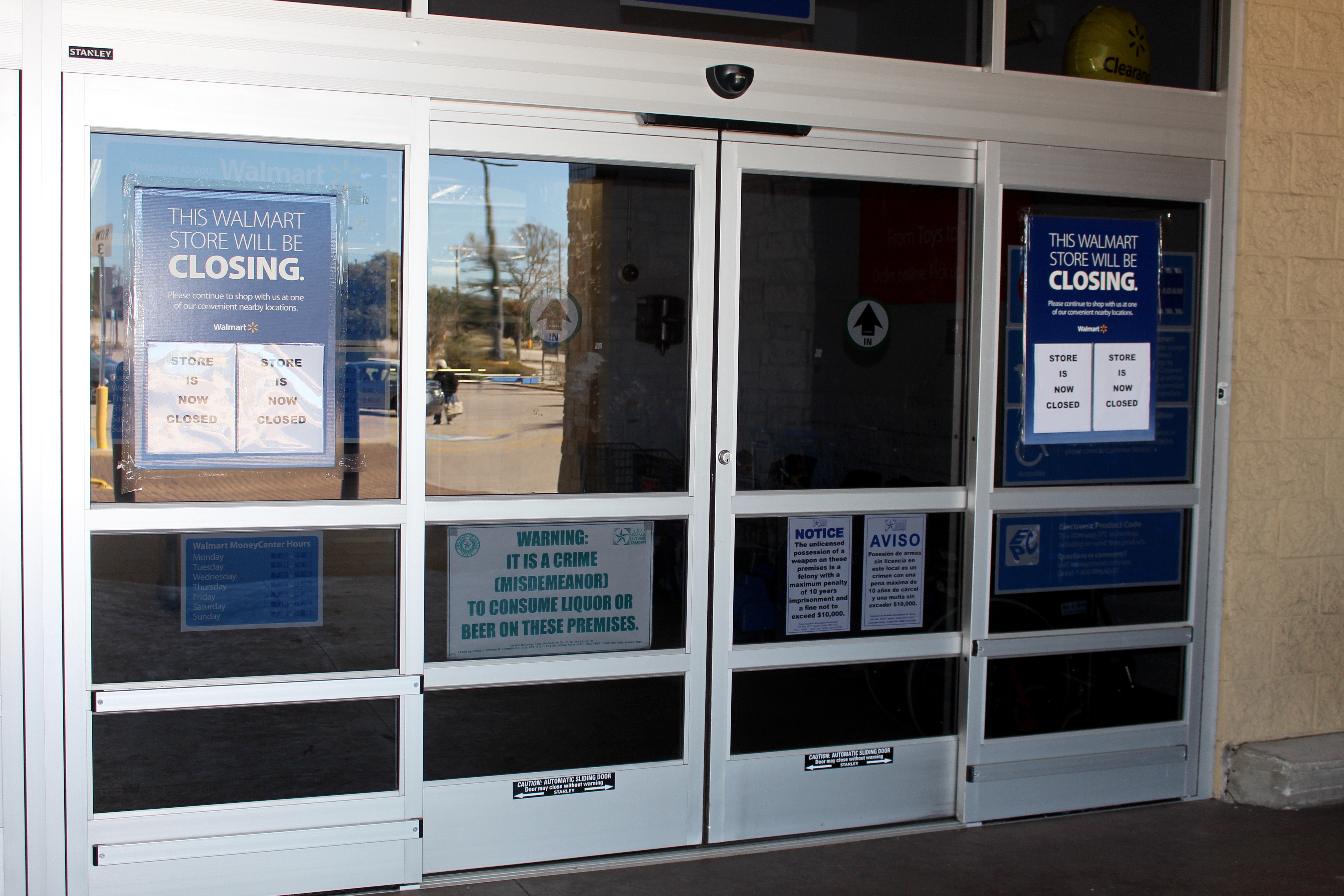 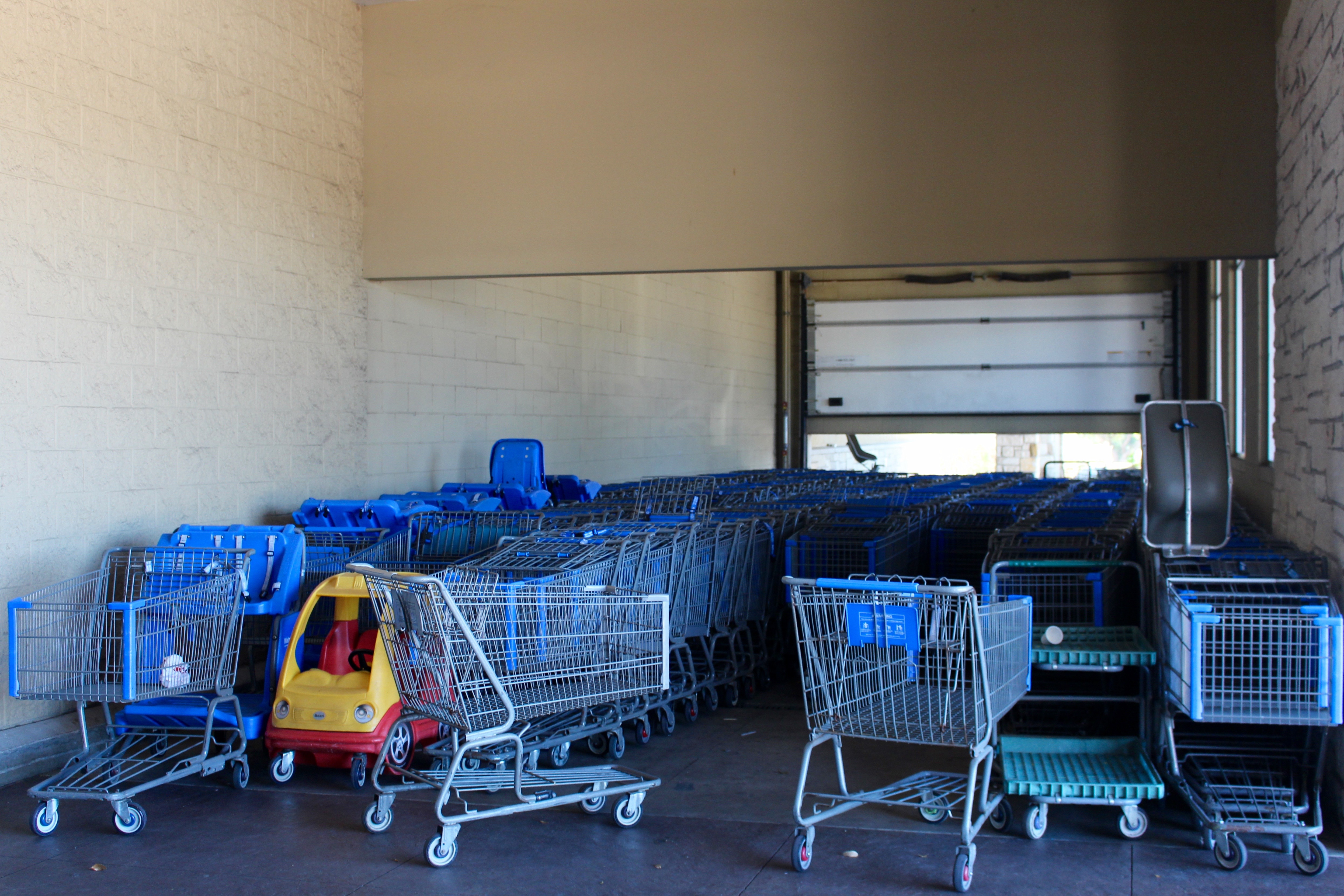 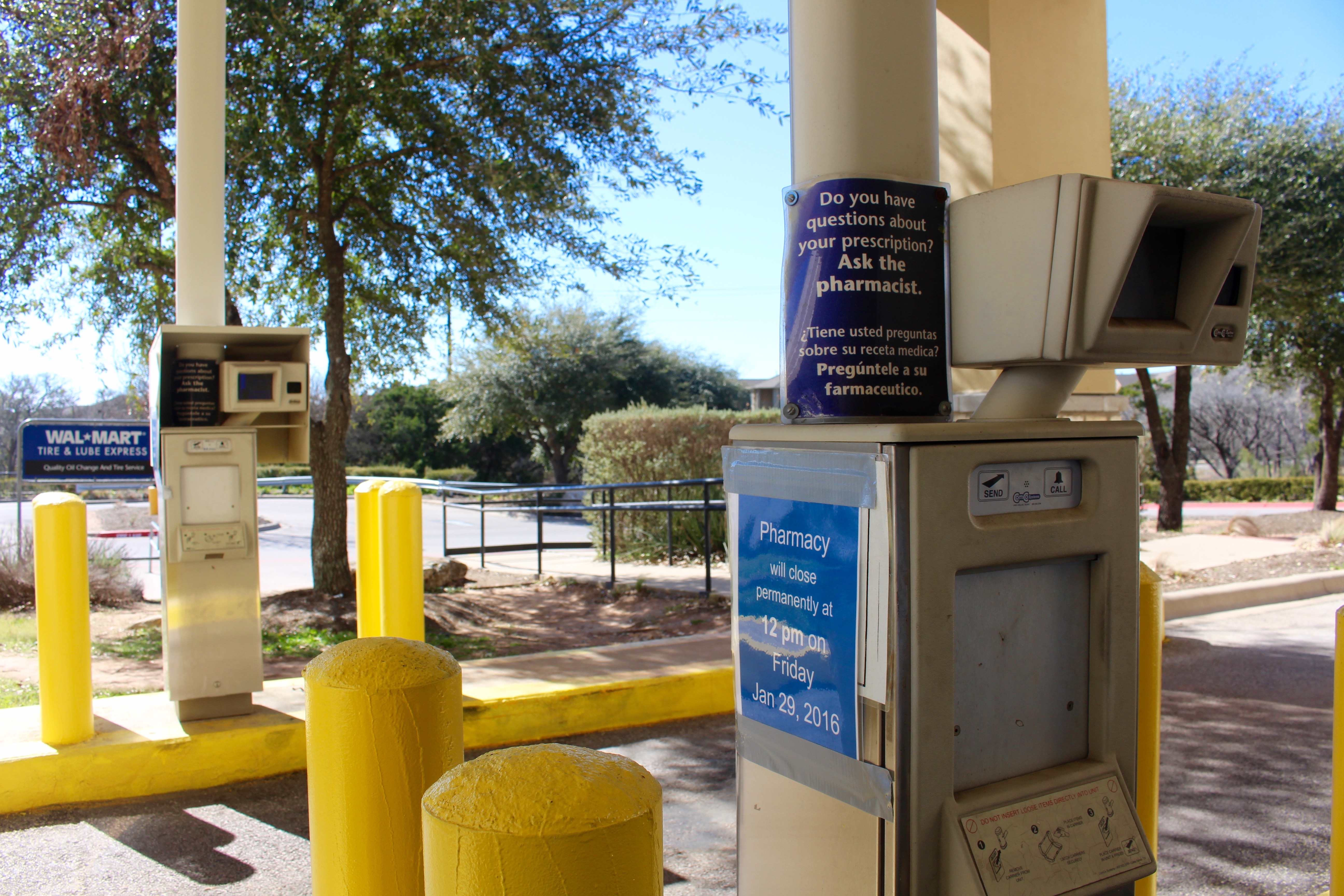 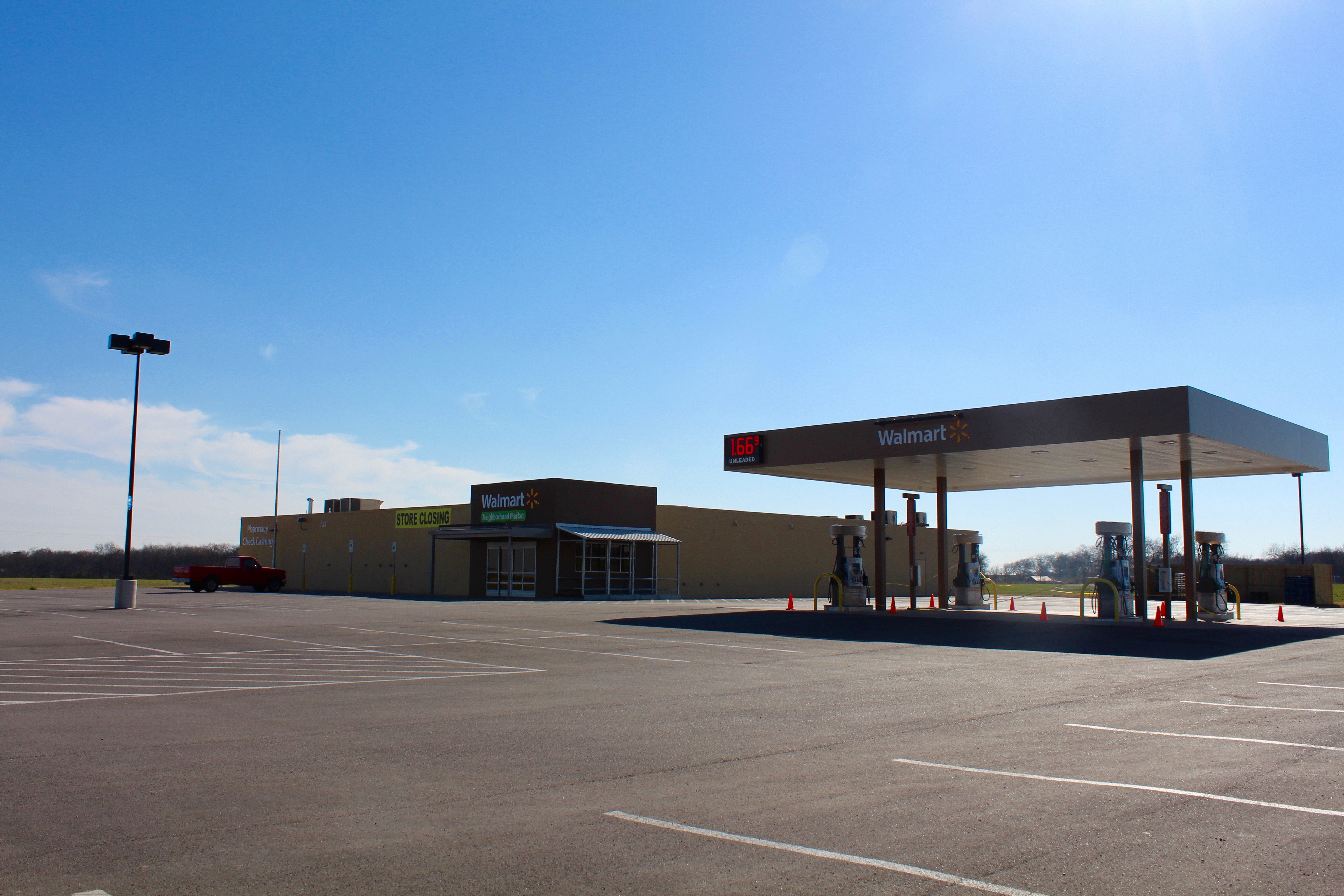 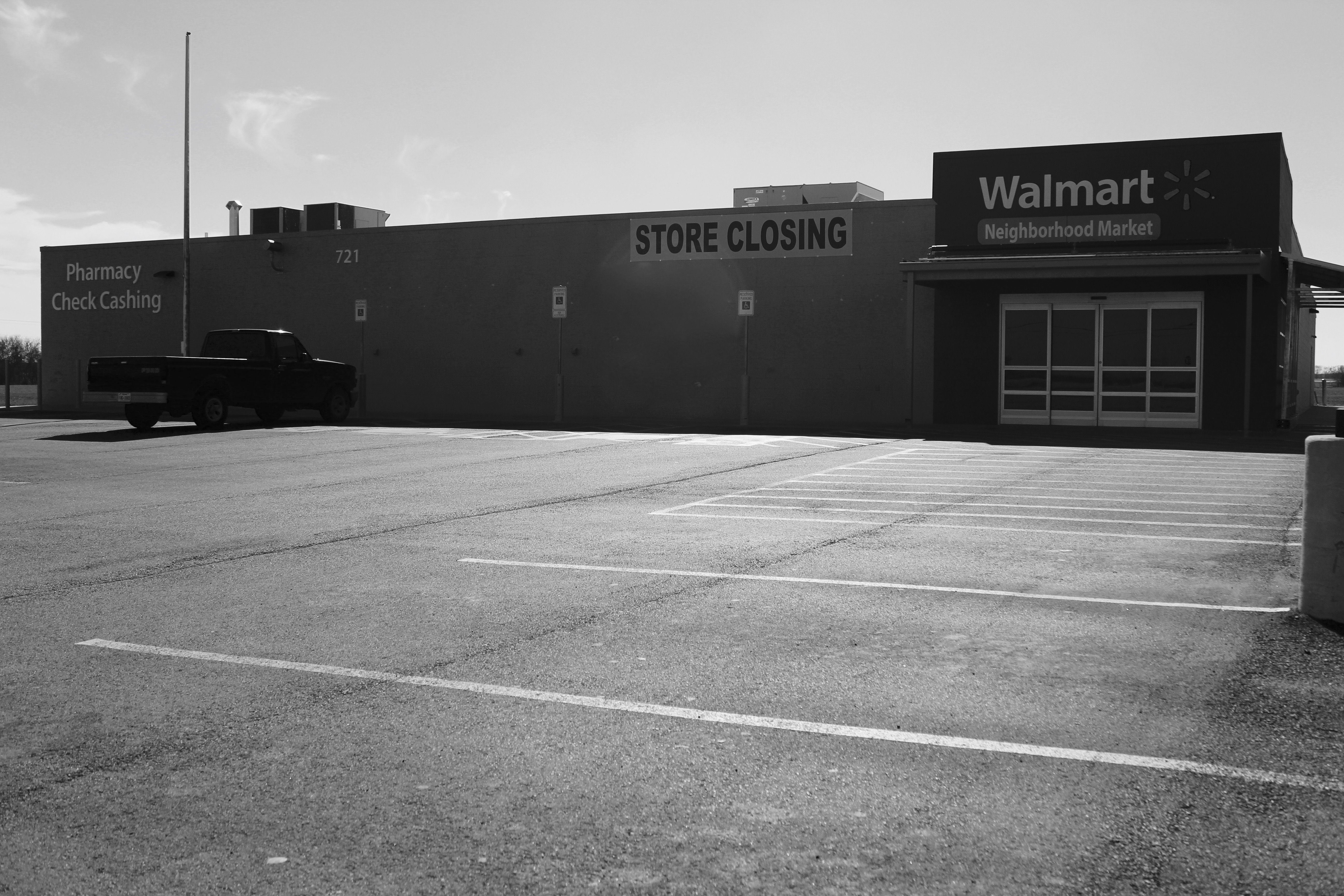 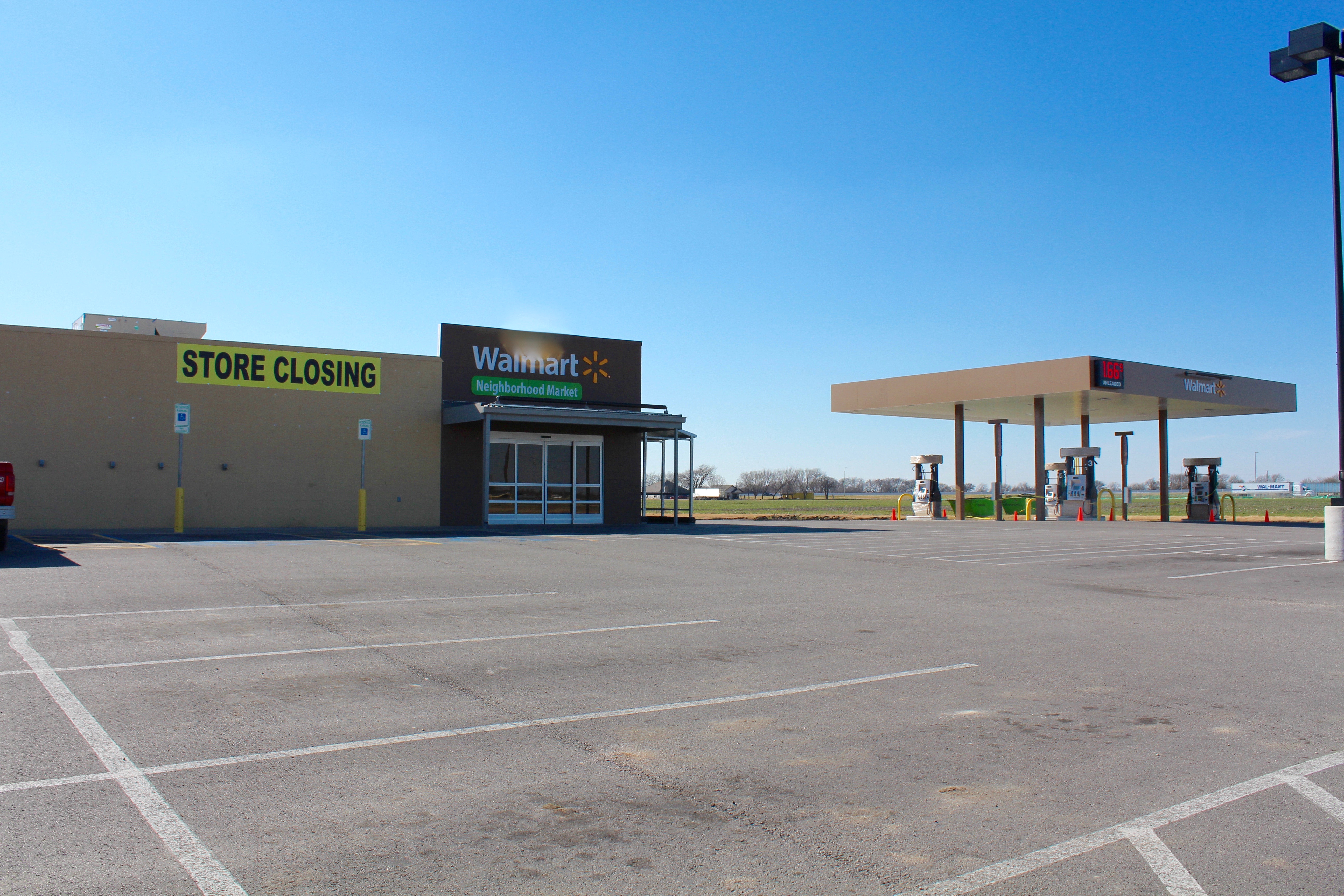 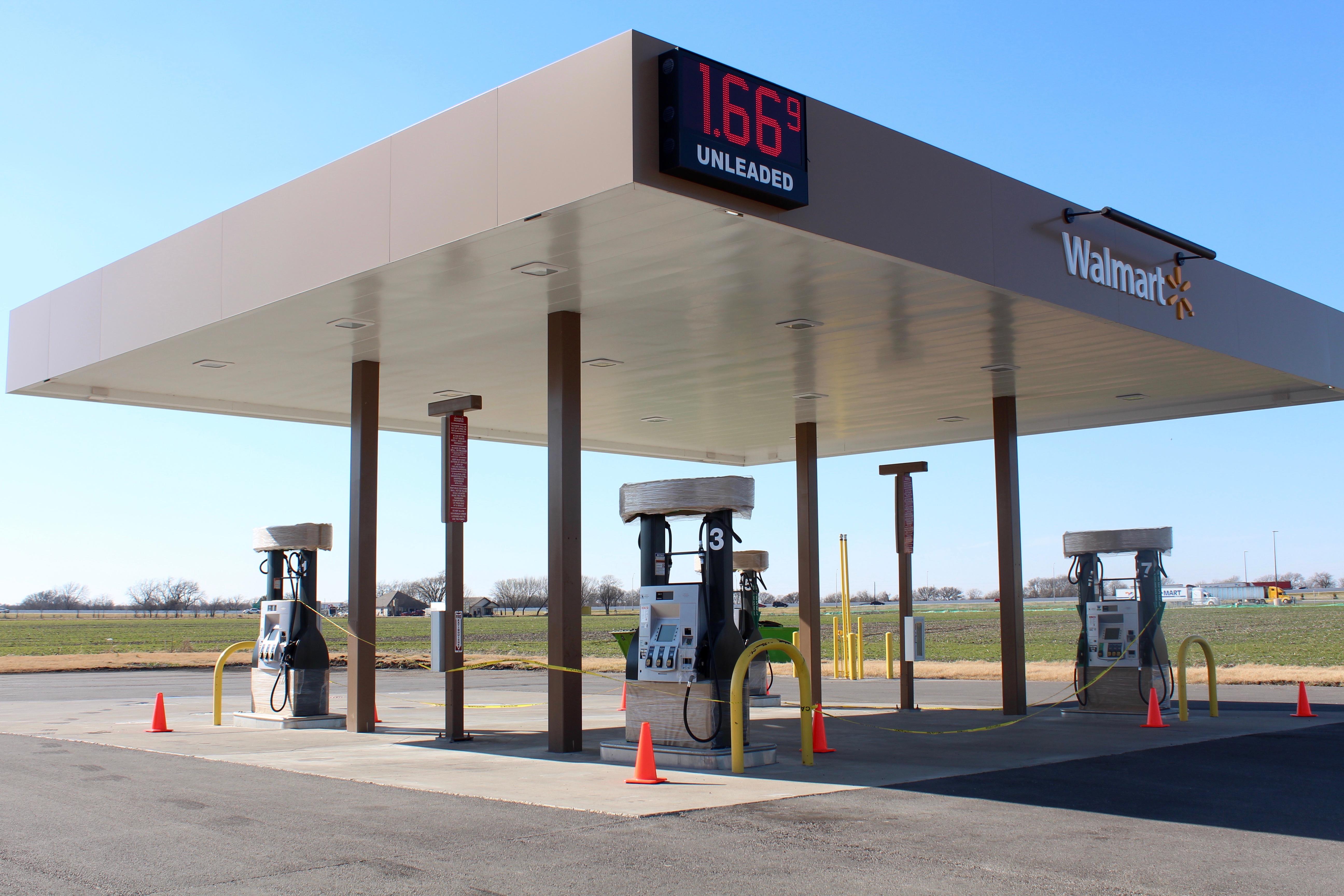 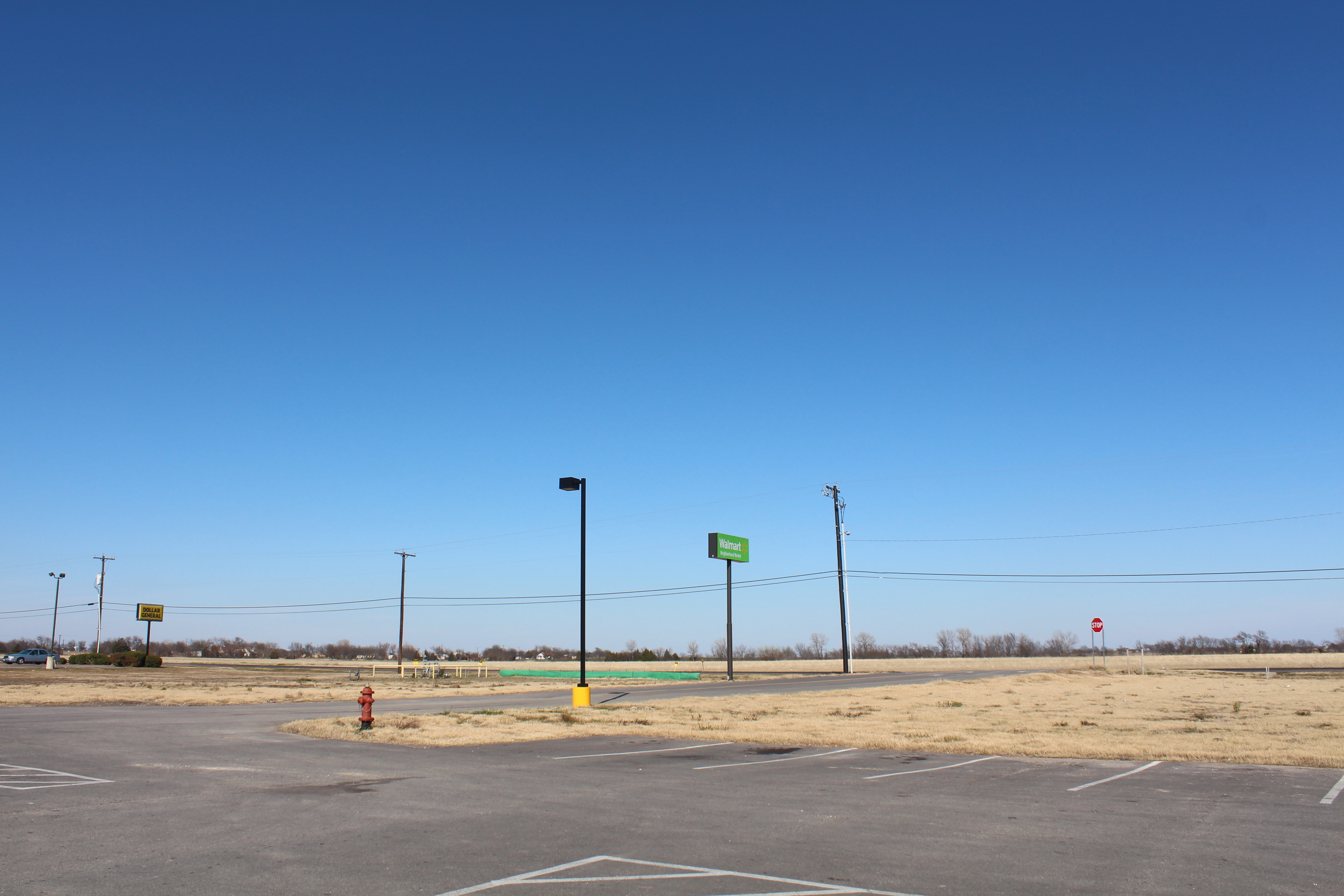 Not all Texas Walmart closings are having a wide impact, though. The Walmart Supercenter at US-Highway 183 and Texas Highway 45 also closed on Jan. 28, but it did not come as a surprise to some Austin residents.

“I saw the story about the Walmart closures and decided to check it out and see if [this location] was closed yet or not,” John Sabala, 45, an Austin-based consultant, said. “I was surprised that there was even a Walmart out here. I feel like in this part of town, choosing Walmart has a stigma. This is a nice area, and there’s always the Target nearby.”

The parking lot was mostly empty the day after the store closed. One employee was seen exiting the store but declined to comment.

“It is a hidden location. People can’t find it because it is so set back from the road, and you can’t see the sign,” Sabala said.

Four cars drove through the parking lot in a 20-minutes window, and each driver was aware that the store was closing but was curious to see if the store had officially locked its doors.

I feel like [Walmart] makes the anticipated earnings for new locations too high and when they don’t meet the numbers, they have an excuse to close,” Sylvia Sabala, 68, retired mother of John Sabala, said. “Here in Austin it doesn’t really matter if they close one location. But it’s so greedy that they closed locations in small towns.”