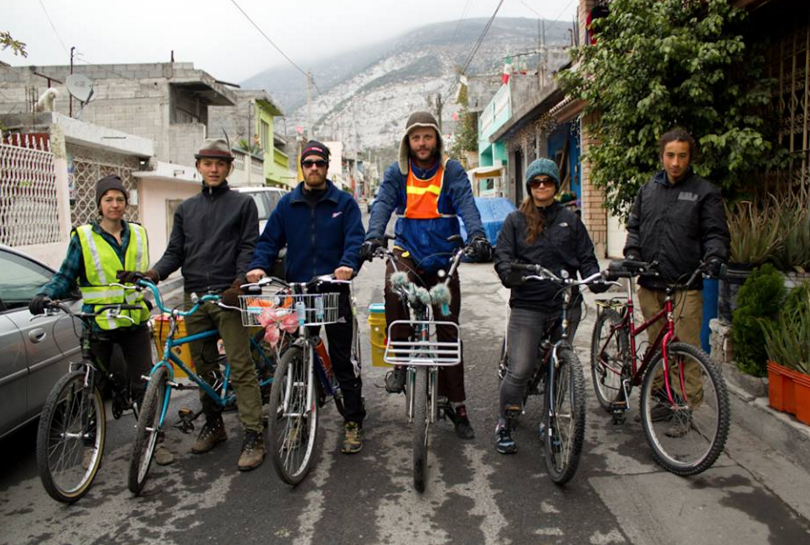 Collier, a veteran rider for the organization Bikes Across Borders, is referring to the organization’s yearly bike ride from Texas to Mexico, at the end of which the ride participants donate their bikes to local Mexican citizens. Bikes Across Borders does this to fulfill their mission of annual migration to Mexico for the purpose of developing relationships of solidarity and donating recycled bikes.

“In charity, a person is in a place of power, whereas we are donating to equals and also learning so much in the process from our neighbors in Mexico,” Collier said.

This May, Bikes Across Borders will make their 16th annual trip to Mexico since the organization’s establishment in 2000. Starting in Austin, the group of riders, which has traditionally ranged from as few as eight people to as many as 35, travel on recycled bikes through Texas and across the Mexican border, camping along the way.

Stopping and camping in various Texas communities, which includes the cities of Fredericksburg, Kerrville, Hunt, Leakey and Del Rio, gives Bikes Across Borders the opportunity to spread word of their mission.

“We talk with the communities we stay in about the movement and establish a community connection,” Dixon said.

Another aspect of the ride important to the organization is that all bikes that are used for the ride are donated and are made from recycled bikes and bike parts.

“Bikes are refurbished or made form scratch by the frame at Yellow Bike Project,” Collier said.

Located in East Austin, Yellow Bike Project is a shop open free to the public, in which anyone can come and fix up or rebuild a bike from recycled bike parts.

“We have a lot of charities that come in and fix bikes to donate,” Pete Wall, a Yellow Bike Project employee, said. “Bikes Across Borders is one of the organizations that regularly uses our facilities and parts to fix bikes for donation.” 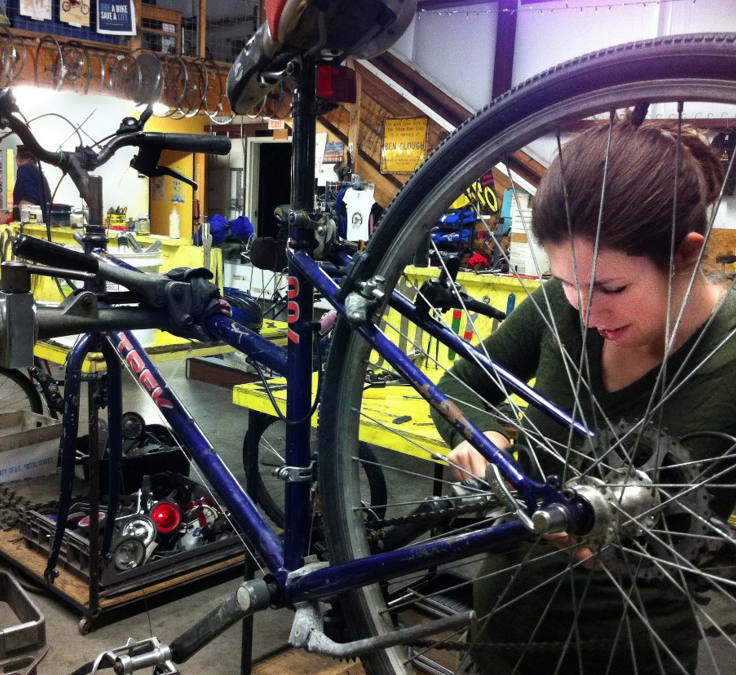 Since 2000, Bikes Across Borders has donated over 700 of these recycled bikes to various communities in Mexico and Latin America, through the annual rides as well as bike delivery caravans. The bikes have a large impact on their recipients as they provide free transportation that is usually unavailable in these areas of Mexico, said the organization.

“The bikes are given to Mexican factory workers for transportation to and from work,” Collier said. “Without the bikes, these workers are largely forced to use a huge percentage of their paycheck to pay for the high bus fare required to get to their factory jobs.”

Bikes Across Borders is currently gearing up for its sixteenth ride to Mexico this May and will donate even more bikes to workers in need. The organization said it is always accepting new participants, regardless of cycling experience.

“If anyone wants to join the ride, they should do it,” Dixon said. “We’re all about do it yourself, keep it simple and have a good time.” 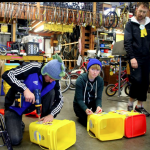 Members of Bikes Across Borders working on assembling their bicycles out of recyclable materials. 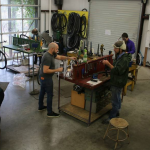 The members of Bikes Across Borders at the Yellow Bike Project. 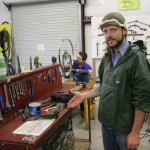 At the Yellow Bike Project, a free and open to public workshop for bikers. 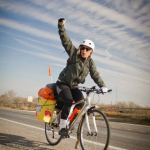 A Bikes Across Borders member on his journey to Mexico. 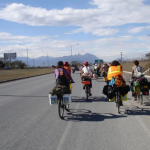 Bikes Across Borders members on their journey. 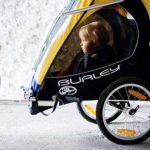 Katie Jo Dixon’s daughter who used to accompany her on her ride to Mexico. Her daughter is currently too old to travel in this attachable seat so Dixon is waiting until her daughter can help peddle herself before taking her again. 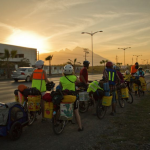 The members of BXB enjoying a sunset during their travels. 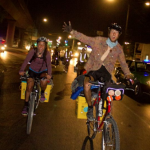 BXB members traveling through a city at night. 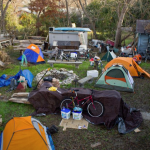 BXB campsite on their journey to Mexico. 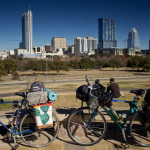 The members of BXB on their journey. 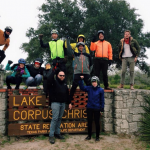 Members of BXB at Corpus Christi, a stop on their way to Mexico. 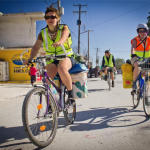 A few members of BXB passing through a town. 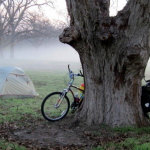 Bikes Across Borders has set up for camp. 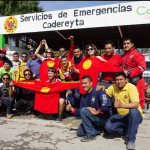 The members of BXB at one of their destinations in Mexico, standing in solidarity with union workers.

View route map for Bikes Across Borders Route on plotaroute.com

Learn about two people who will be taking the yearly ride with Bikes Across Borders. Juan Belman heard about the trip through a friend and will start training soon for the long trek to Mexico. Joshua Collier is a veteran rider who recently got back from a cycling trip through South America and looks forward to meeting the new cyclists in the coming weeks.
Please watch video in HD for better quality.