With every slow, rhythmic punch and sweeping kick, the students and faculty of the University of Texas at Austin seem to feel the stress caused by life on campus melt away. While some students and faculty choose to participate in campus exercise programs such as yoga and Pilates to destress, others are turning to the Chinese martial art of tai chi to reduce their stress levels.

Jen Shipman, a UT faculty member and leader of Texas Tai Chi, an on-campus tai chi program at UT, said the Chinese martial art of tai chi helps to relax the mind and body at the end of hard work days.

“We’ve got stressful jobs and so it’s nice to have that hour break where we’re not having to think about what work we need to do and instead just focus on healing ourselves from the inside,” Shipman said.

According to Natalie Durkin, a tai chi instructor with Master Gohring’s Tai Chi & Kung Fu in Austin, tai chi is classified into five styles and each style is named after the family who taught it. The five families include the Chen, Yang, Sun, Wu, and Wu-Xiang. 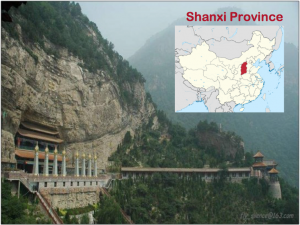 The birthplace of the Chen family, who represent the historical origins of all five traditional schools of Tai Chi. Their fusion of Chinese philosophical elements with martial arts training made Tai Chi a novel art form in the 1800s.

“It is the more upright style of tai chi where you’re staying shoulders above hips. It’s probably the most common one,” Shipman said.

Although Texas Tai Chi began only seven years ago, tai chi has been practiced for centuries.

Durkin explained that tai chi has its origin in one of the oldest Chinese legends predating the 12th century. Durkin said that according to the legend, while a monk was walking through a forest he stumbled upon a fight between a snake and a crane. As he watched the snake and the crane, he observed how each animal’s defensive behaviors benefited them and realized how complimentary and effective these defenses were against each other. Inspired by the movements of the snake and crane, the monk created tai chi, which translates to “Supreme Ultimate Fist.”

According to Durkin, tai chi differs from other martial art forms because its movements are softer than those of karate or taekwondo and its participants are not meant to expend tons of energy; instead, energy is meant to be “channeled inward for personal health.” 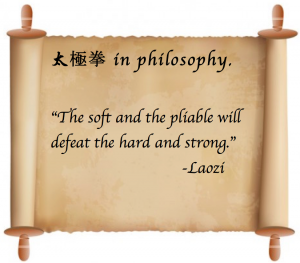 The philosophy of Tai Chi is one that discourages the use of outright brute force to stop an opponent’s advances. Such fighting methods are seen in Tai Chi as swaying away from the paramount natural balance of Yin and Yang.

Shipman also noted that tai chi differs from other martial arts because tai chi is open to people of all ages and with varying levels of experience.

No matter age or experience, tai chi is proven to have multiple health benefits both physically and mentally.

“From my own personal experience, I can say that although I earned a black belt in taekwondo many years ago, and already had good reflexes and balance, they have been enhanced 10 fold since becoming a tai chi practitioner,” said Durkin. “I am lighter on my feet; my arthritic knees are better than they have been in years. Mentally, I have better clarity, I have the ability to see a problem from a variety of perspectives and to hang out before trying to control an outcome.”

In tai chi, it is critical to coordinate body movements with breathing.

UT students, Stephanie Lish and Alejandra Duarte, agree that offering tai chi classes is a benefit for UT students and faculty. They also said that they feel like Texas Tai Chi is valuable because it adds to the variety of exercise programs that UT offers.

“I know there’s people that would enjoy that,” Lish said.

“There’s a lot of people on campus so I think it’s a good idea,” Duarte said. “You have to have a lot of different things.”