AUSTIN, Texas—On March 22, the city of Austin implemented its expanded payment options for parking meters in the West Campus area to include remote payment through an online application.

The application, called ParkX, is a pay-by-phone service that can be used on any parking meter in the area between Martin Luther King, Jr. Boulevard, 29th Street, North Lamar Boulevard and Guadalupe Street. This area contains about 800 meters said Steve Grassfield, parking enterprise manager for Austin.

The application, which is in use in Washington D.C., among other cities, allows users who are in a rush to park their cars, make a note of the parking meter’s unique zone code and pay on their phones as they walk to their destinations. People who can’t get back to their cars before the time on the meter expires can also use the app, Grassfield said.

Brandon Garvey, a resident of Austin who is a bartender in the West Campus area, uses parking meters frequently.

“I think the app idea is a pretty good idea, and everything is kind of starting to take on the technological aspect of things,” Garvey said. “ I think it could be cool if I realized while I’m inside that if I’m about to run out of time I could add more [money] from my credit card instead of having to physically run out.”

Grassfield said that West Campus was an ideal place to implement the new feature.

“We do a lot of testing up in the West Campus area with students because we want to work out any bugs, and they are very good at helping us do that,” Grassfield said.

Holden Miller, a resident of Dallas, said that he doesn’t visit Austin enough to warrant downloading the app, but he could see how it will be helpful to college students.

“I think it would help people, paying-wise, just because in today’s society we’re on the go, and especially college students are going from place to place as fast as possible, or you’re late for class,” Miller said. “So [instead of paying] wherever your car is, you can just get on your phone and pay as quickly as possible instead of having to come back here and swipe your card—it’s already in the system.” 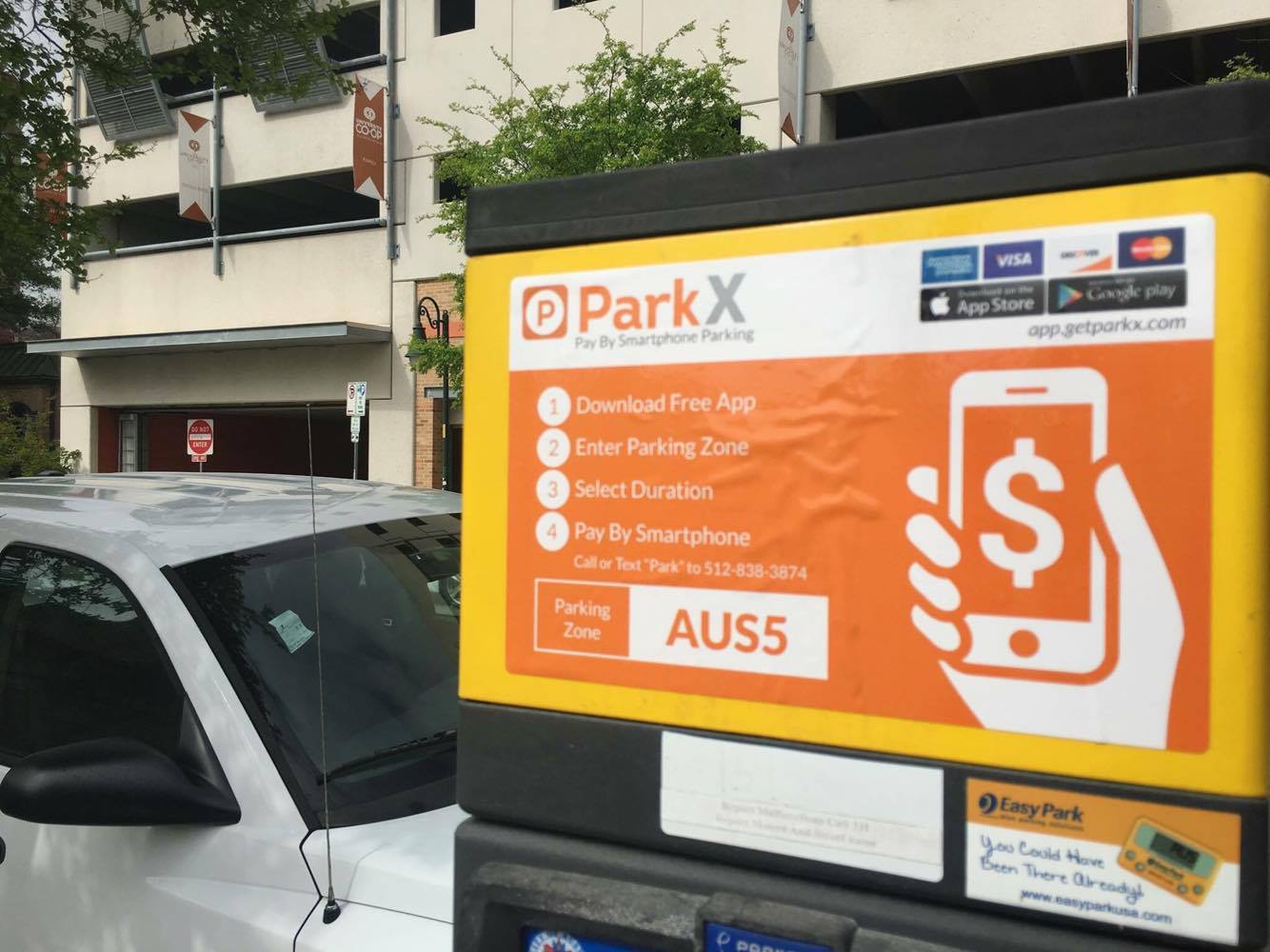 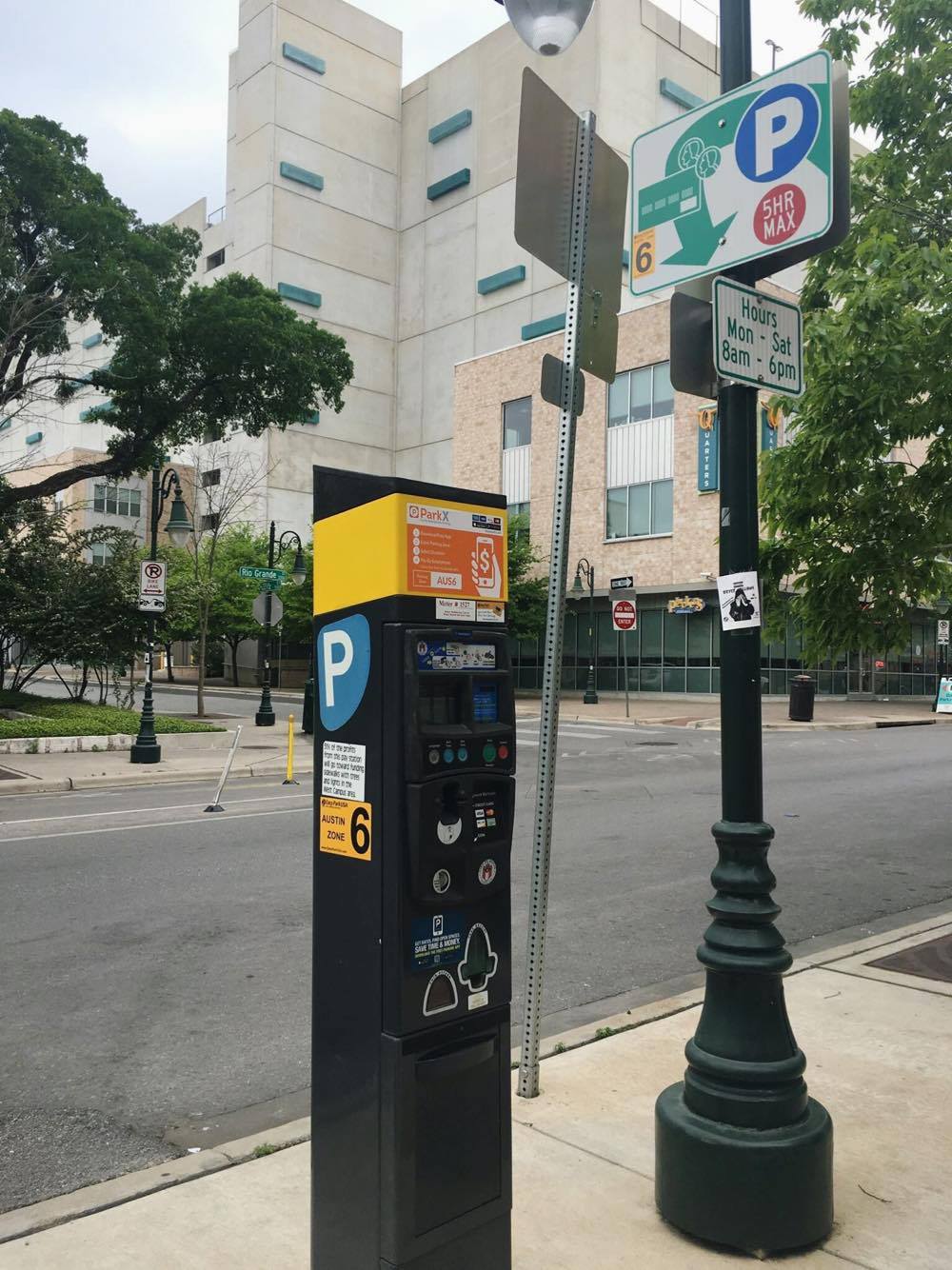 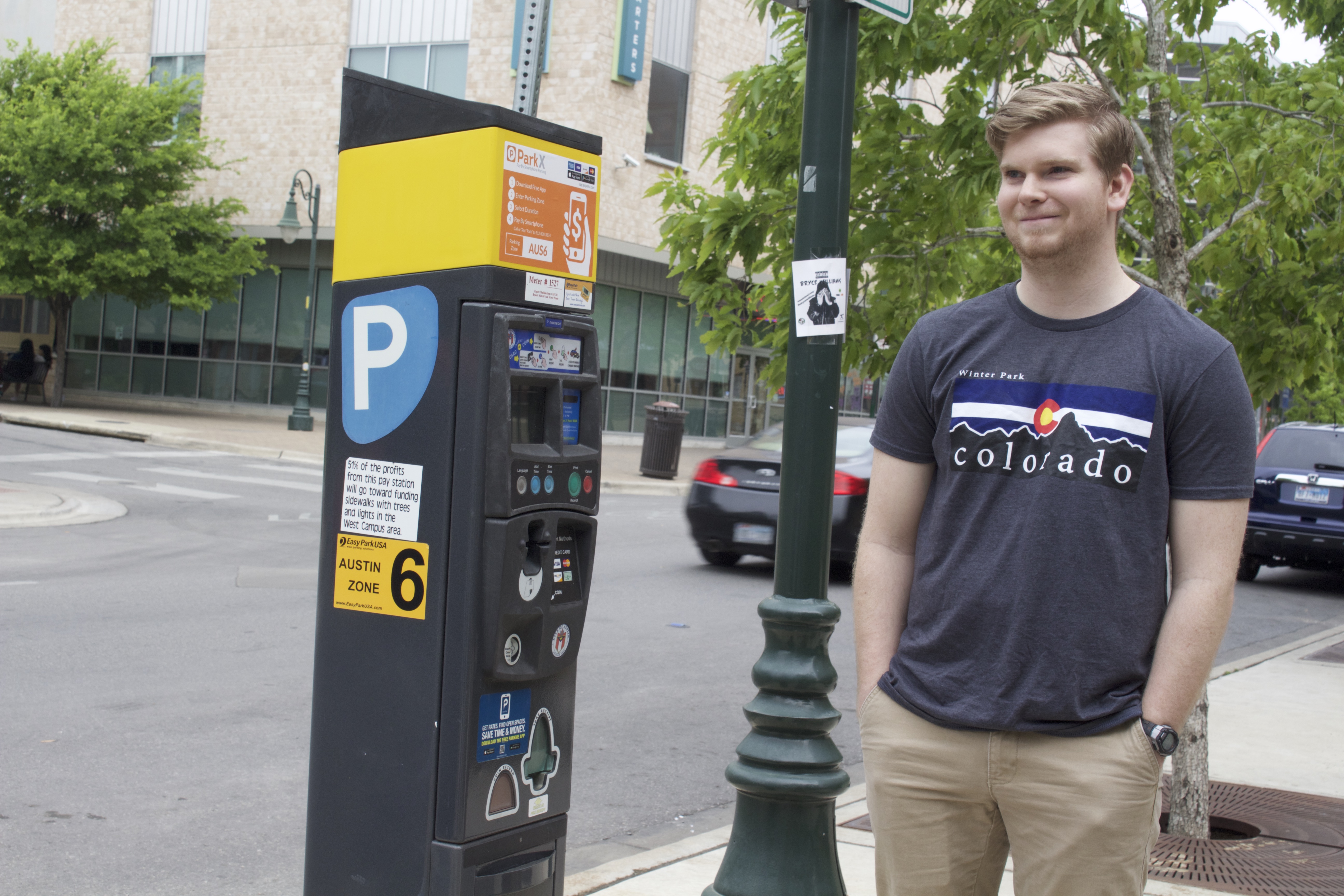 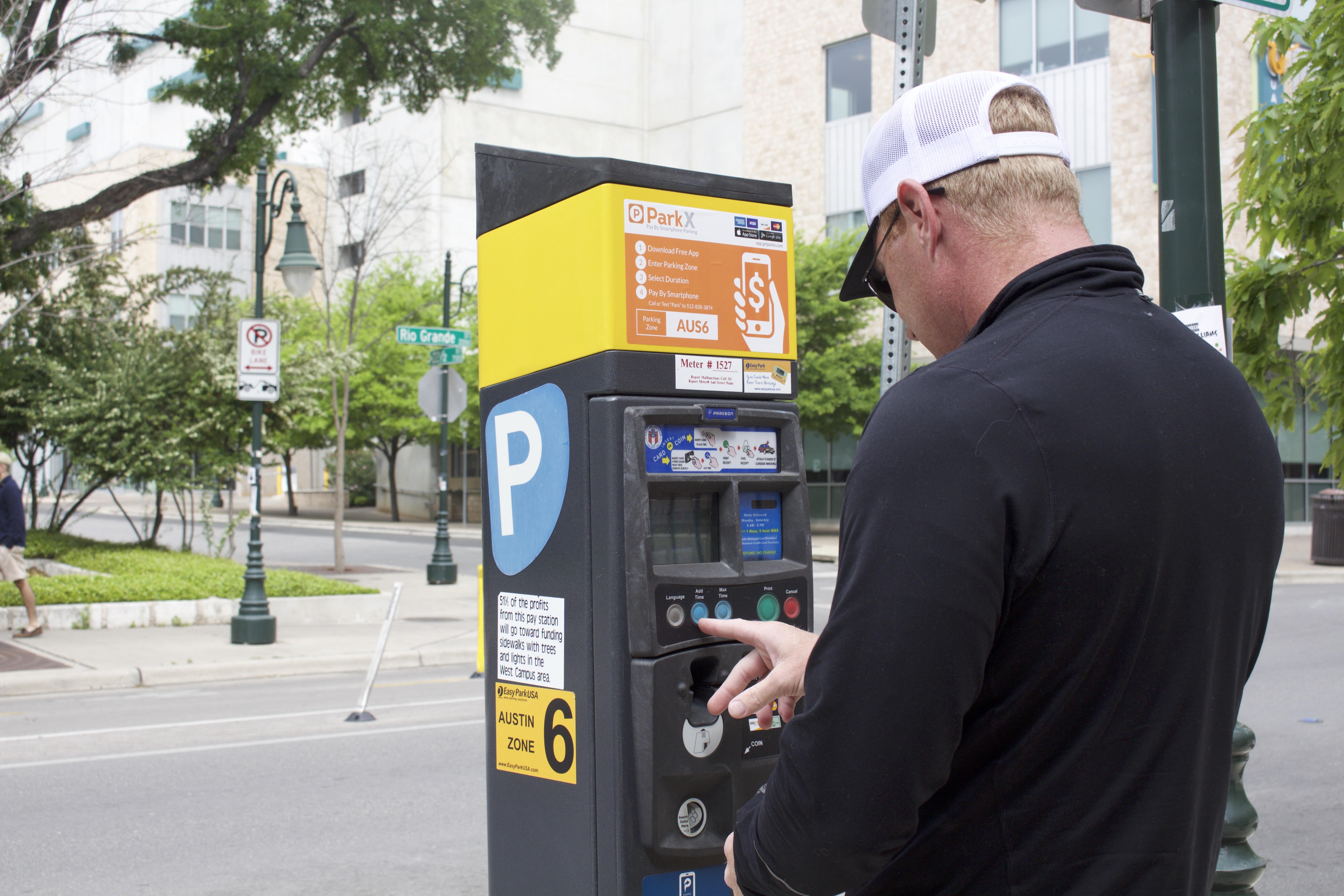 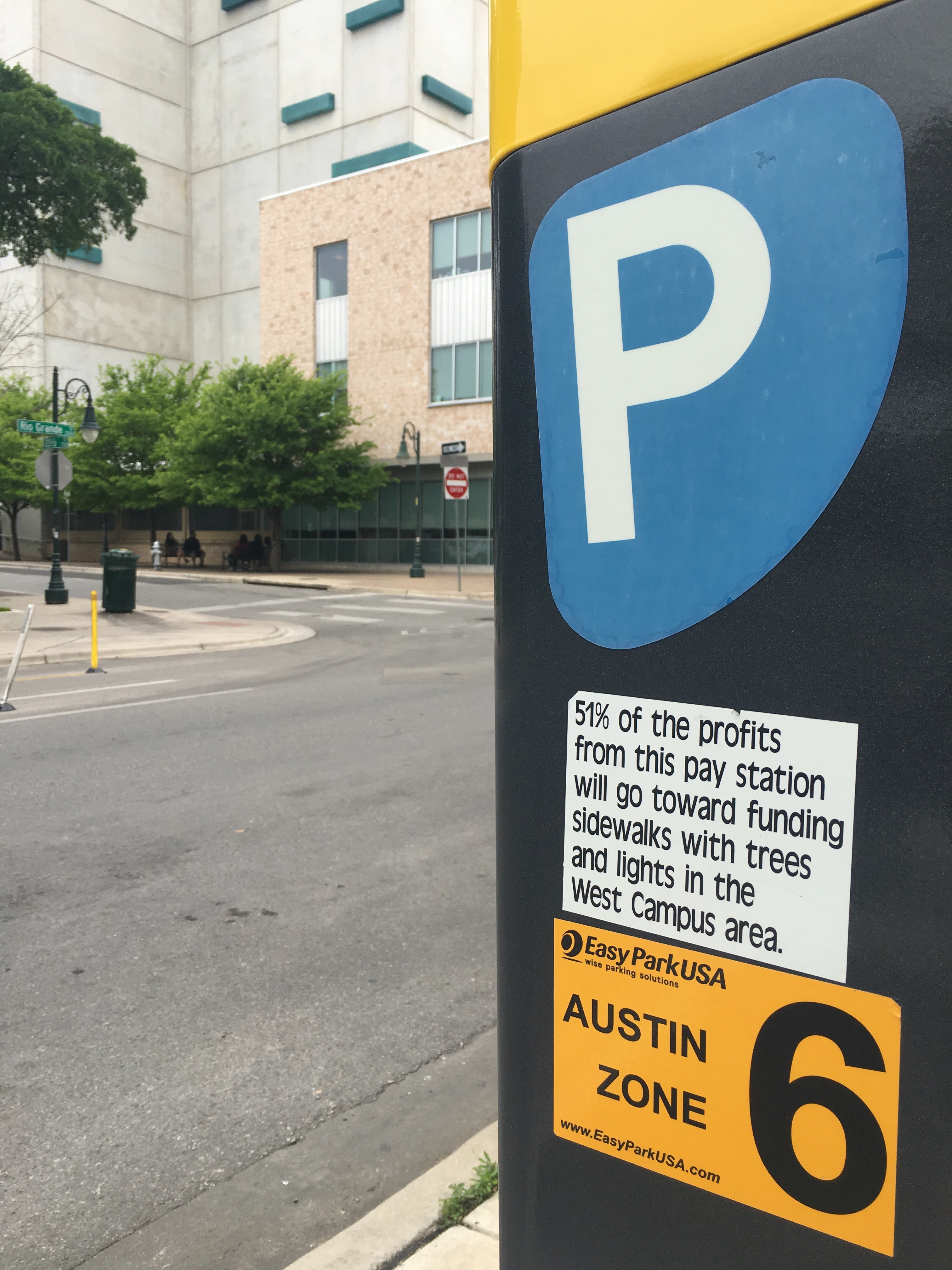 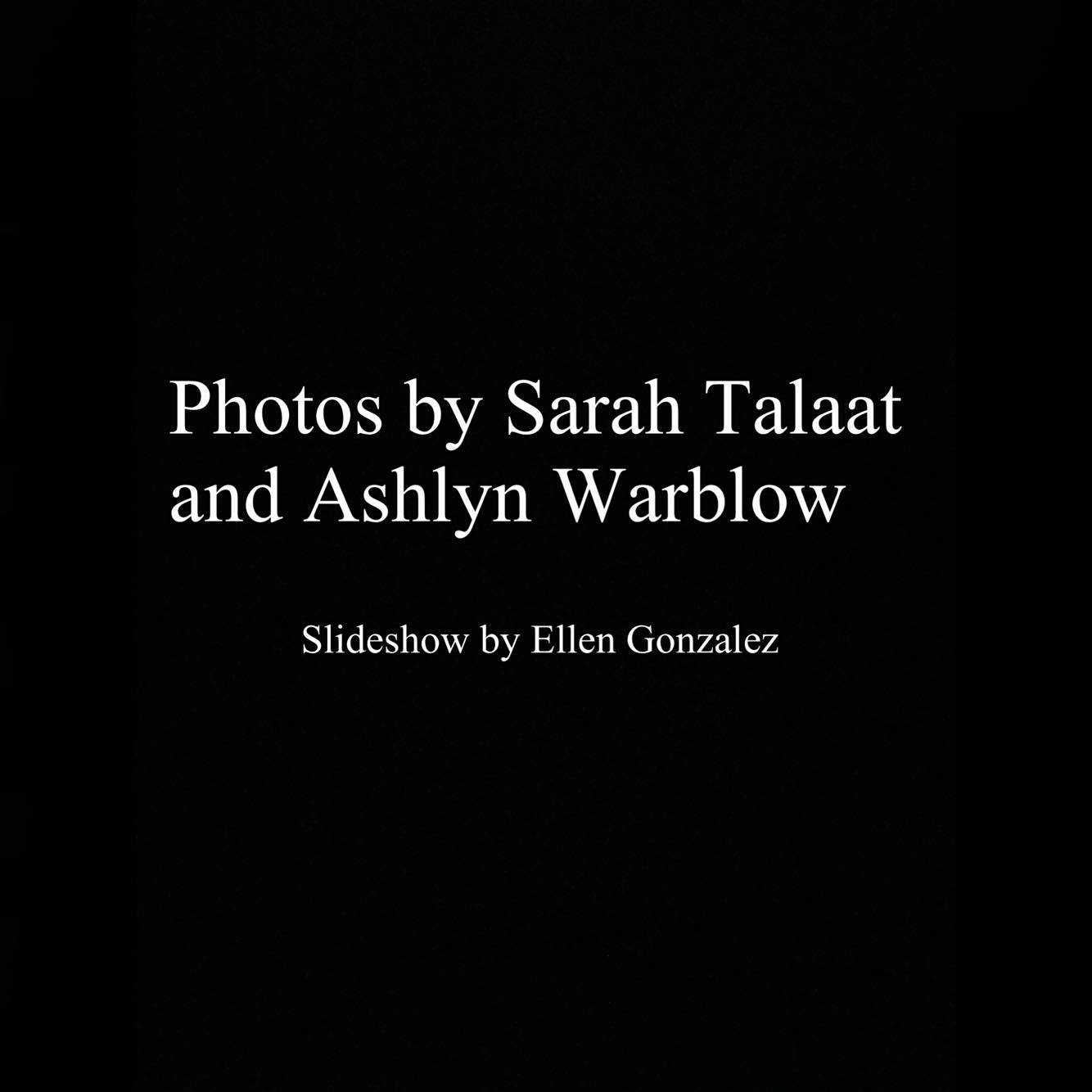 “[Officers] are now required to push the ParkX button located on their handheld ticket devices. Other than that nothing has changed as far as meter citation,” Coronado said. “They are able to scan the license plates and push the ParkX button to see if a citation is needed if no parking sticker is present.”

Tom Pickett, a resident of Austin, thinks he is likely to use the application once the city expands it to other areas of the city.

“Instead of having to carry your wallet about, everyone has their phone, so it would be nice and easy and straightforward to integrate this, and it would be really useful. I would definitely use it,” Pickett said. “I know how forgetful I am with certain things, but the one thing I know I will never lose is my phone. I am confident in app security nowadays so it wouldn’t be an issue to store my bank details in there, and I’d feel comfortable using [the app].”

Grassfield cites other cities that use the application as proof of the safety of individuals’ credit card information that can be stored in ParkX on the user’s phone.

“This app has already been in effect in Corpus Christi and in El Paso and has been running for about a year now, and they have had no problems with anyone hacking into the app,” Grassfield said.

Coronado said that although Austinites and visitors have been slow to use the application since its introduction, she thinks that the numbers will improve with time.

“One of my officers this morning said that a lot more vehicles have registered for the ParkX app. I think that word is getting around. It is starting to pick up a little, and in a few more weeks there will be a lot more to talk about concerning this app,” Coronado said.

Grassfield is confident that citizens will soon realize the benefits of using the application.

“We are hoping that, like we have seen in other cities, that 10% of the people will use this app, which is a fairly high percentage. We do 4 million [meter] transactions a year, and again, hopefully it will make it easier for the consumer,” Grassfield said.

The application will be expanded citywide on April 22 for use with all Austin parking meters, or about 7,500 paid parking spaces.

To learn more about the city’s partnership with ParkX, click here. 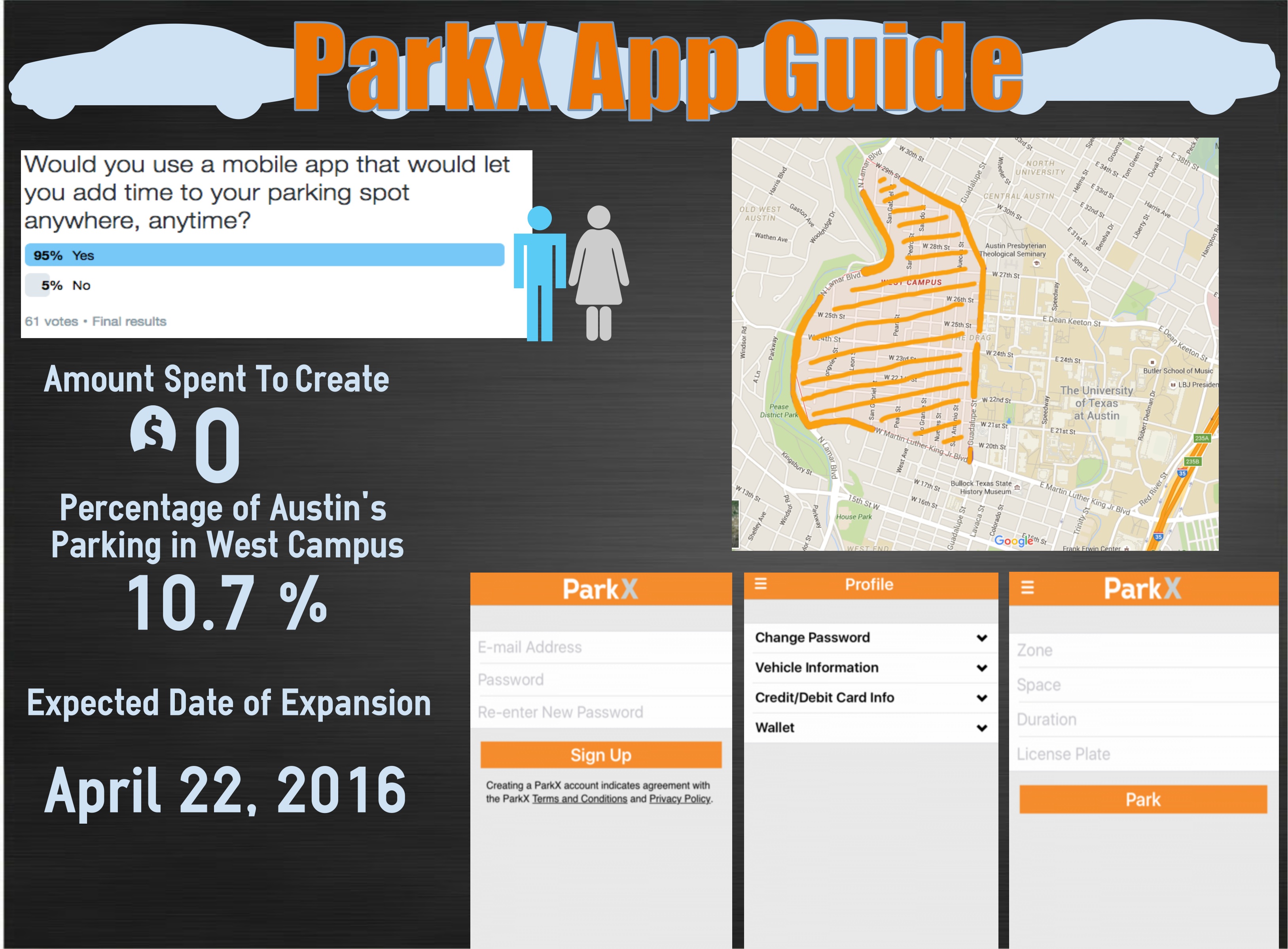 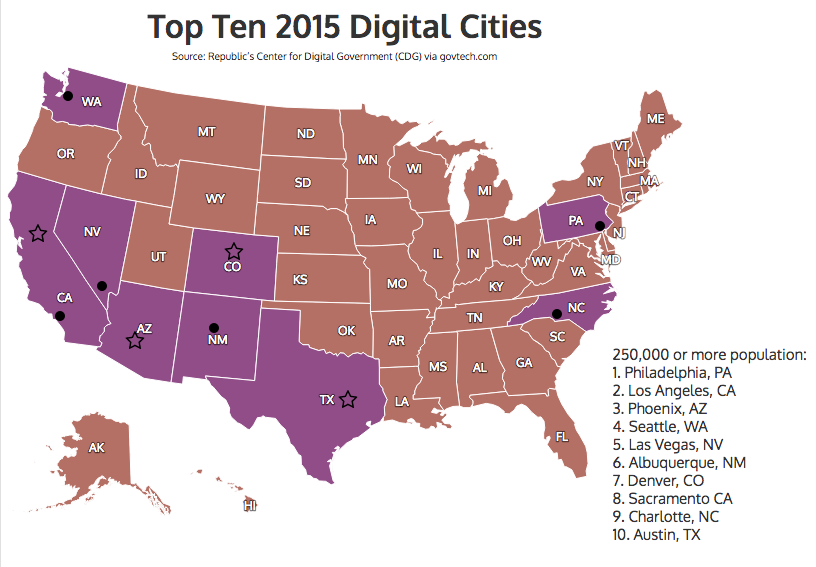