From Uganda with Love 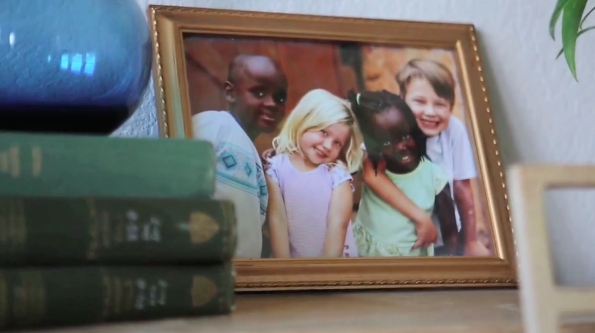 What makes up a family is hard to explicitly define. Even Webster’s dictionary has seventeen different definitions for the word. But looking at the Kehne family one thing is clear; their family is a complete one.

Matt and Crystal Kehne have four children, two biological and two they adopted internationally from Uganda. While the Kehne’s chose to complete their family through international adoption, for those also considering adoption there are many different ways to adopt and various factors to consider.

“Private adoptions are much more expensive, and there are other challenges with them as well,” Jillian Bonacquisti, the Adoption Program Specialist at the Texas CPS State Office said. “Internationally, cultural issues are probably the biggest challenge; they’re pulling that kid away from everything they’ve ever known.”

The Kehne family experienced this firsthand when they moved their family to the United States after ten years of living in Uganda.

Aside from cultural challenges, there are additional factors to consider with adoption as well. Especially internationally, because other countries do not have the same foster care system we do; it takes longer and requires more paperwork to adopt.

“One of the biggest parts of the challenge of adoption was the waiting,” Matt said. “Waiting for official documents and reports and court hearings.”

It took the Kehne’s four years to officially adopt their first adopted son, Stephen.
Despite the challenges, the Kehne’s are passionate that adoption is a good thing. There is such a need for adoptive families, not only internationally but domestically as well.

Although the Kehne’s chose to adopt from Uganda, they have some advice for others who are interested in adoption.

“I always ask families if they’ve considered domestic adoption first,” Crystal said. “If they know how many kids in their hometown, in their city, are waiting for a family too.”