At 9:20, the stage manager throws open the dressing room door.

But everyone shakes their head; Cupcake is running late—they’ll need more time. Seconds later, a frazzled man rushes in with a large suitcase in tow. The dressing room quickly becomes a center of chaos.

He yells that he only needs ten minutes. As Brady rips open the suitcase, one thing is clear: a transformation is about to take place.

Brady puts a hair net over his short, buzzed head and gets to work on his face. Quick brush stokes of foundation, blush, eye shadow. He swiftly applies glue to his fake eye lashes and places them perfectly on his lids. While he finishes up his lipstick, someone straps his heels. He shoves gel implants into his otherwise empty bra, and gives them a shake as he glances in the mirror. Next, he places two different wigs on his head and pins then into place.

Exactly 10 minutes later as promised, he sings, “Cupcake is reaaaady!”

Someone hands him the mic and he steps onto stage.

The dressing room looks like the aftermath of a tornado, but the five remaining queens backstage are too excited to even notice the mess. Tonight is a Poo Poo Platter show—and they’re ready to serve up the most unique of Austin’s drag.

Poo Poo Platter was formed three and a half years ago, after founding member Waldo moved to Austin and saw an opportunity to bring a new type of drag to the area. At the time, Austin drag was focused on female allusion, but Waldo knew others would want to join him in bringing a lighter-hearted, funnier type of drag to the city. With now more than ten members and at least two shows a month you could say it was a success. 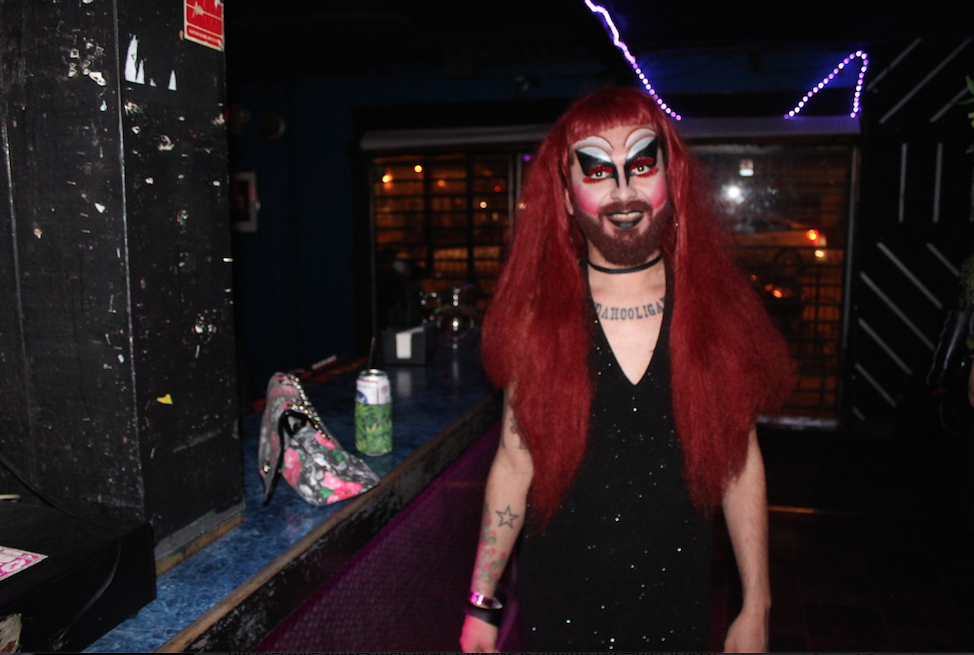 Although they are a troop, every member gets to design their own part of the show, from music and props right down to costumes and makeup.

“We’re very much independent contractors. Everyone does their own thing, they’re responsible for their own acts,” said queen Arcie Cola.

But being a part of the troop certainly has its benefits. It’s easier to book shows when you’re offering more than just one act, and the members understand that. Many of them had solo careers as performers before joining Poo Poo Platter, but enjoy the special relationships that being a part of this group provides.

“You can always be an individual performer, whereas being in a troop it’s a family. So for me it comes down to work and family,” said Zane Zena, who performed as a wrestler previous to joining Poo Poo Platter.

And the closeness of the group is apparent, even to an outsider. Whether they are helping each other in the dressing room, taking a cigarette break or just dancing around together during a rehearsal—it is clear that the group shares a special bond.

A big part of that bond is their agreement that “drag” is something that cannot easily be defined.

“When somebody tells you that you can’t be something—you do it. That’s drag to me,” said Zane Zena.

While Cupcake was more keen on not defining it at all, “I don’t know what is and isn’t drag… It’s not my problem to define the word, I’m not f***** Merriam Webster.”

And while the actual definition of drag may not be important, the troop agreed that there is a definite need to shine a light on drag as a real performing art. 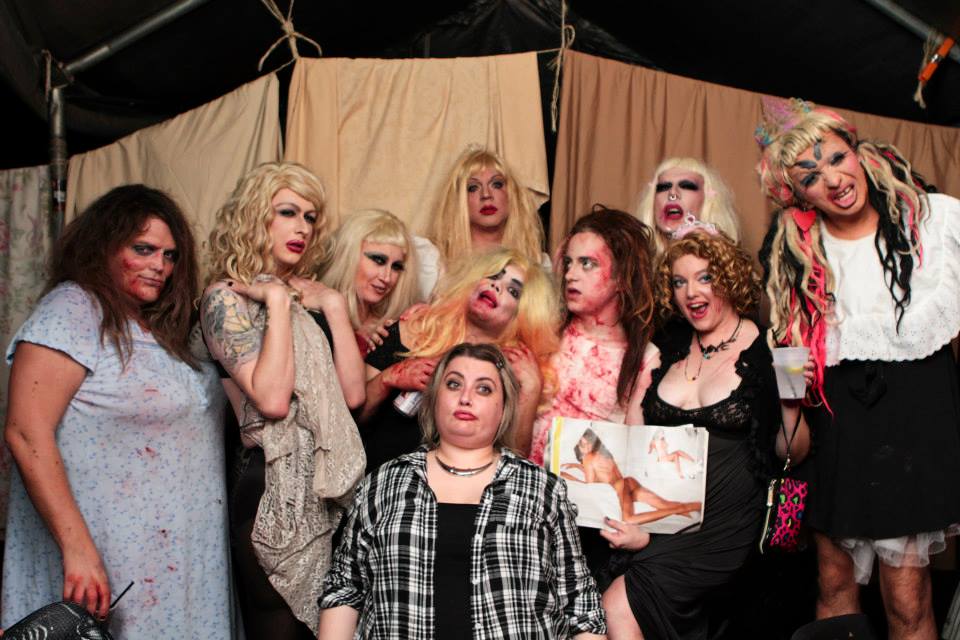 They practice hours a week and spend hundreds, even thousands of dollars, on making their own costumes. Yet, people are still quick to dismiss drag as being a real art. Respect—that is the universal word each queen mentioned. And the Austin International Drag Festival this past weekend was one step in the right direction.

An entire weekend dedicated to promoting and supporting the drag community, Poo Poo Platter was able to host events and mingle with infamous drag queens from around the world. More than anything, the second annual festival acted as a way of spreading the idea that drag is an outlet for artistic expression, not simply men in dresses. 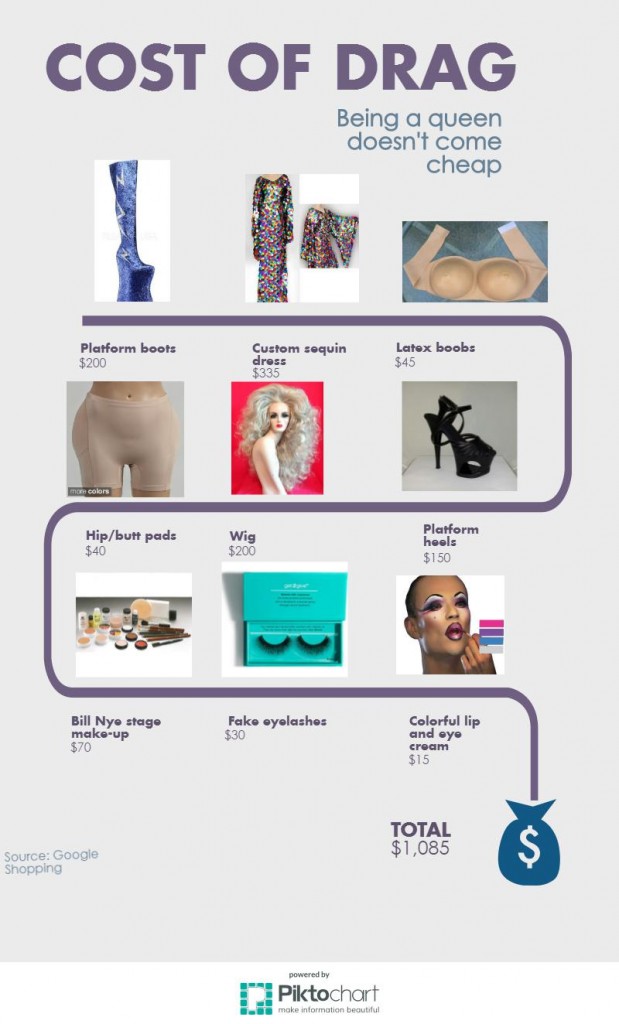