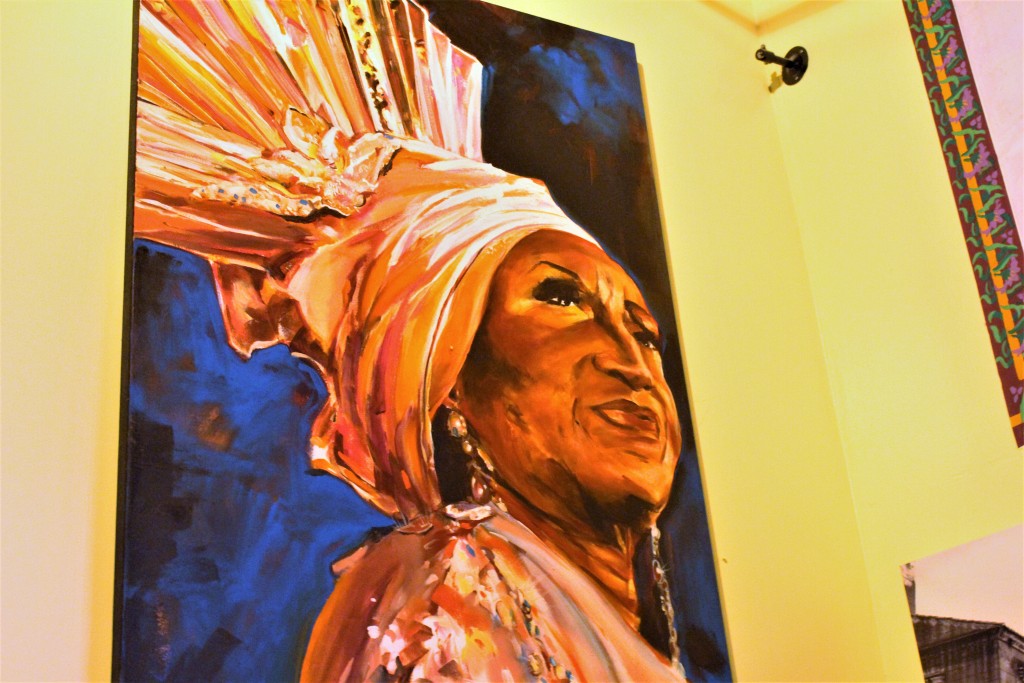 AUSTIN– The Cuban Adjustment Act, also known as Wet-foot, Dry-foot, was discontinued by former President Obama this January during his last days in office, leaving questions regarding how the law may affect newly undocumented Cuban nationals and international normalization efforts with the last bastion of institutionalized Communism in the world.

“It’s just a political decision…in this case it has been ‘we will grant this because Cubans are special, they live in a special situation’, and that determination had been made,” said immigration lawyer Ana Maria Schwartz, referring to the legal status of Cuban nationals before the act was amended. “Then Obama decided, well, things have changed and then reversed it,” she added.

The act originally came in response to the tense relationship between Cuba and the United States at the height of the Cold War in the 1960’s, which allowed Cubans seeking political asylum to automatically receive green cards after remaining in the U.S. for two years. The act was amended in 1996, restricting the granting of green cards to those who had reached dry land as opposed to being found sailing on makeshift rafts across the ocean.

Rather than hedging his bets on a good day at sea, Rodolfo Perez paid nearly $20,000 to coyotes and law enforcement officials throughout Central America and Mexico to ensure a safe passage for him and his daughter, Oyalenny Benitez. They both arrived in Texas a year ago this February, making it to U.S. soil with just enough time before the law was changed. 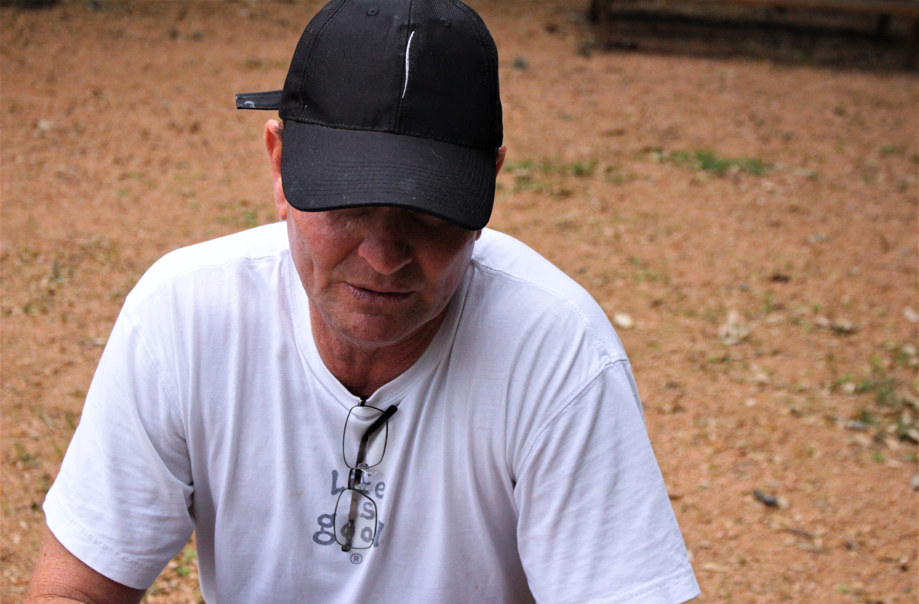 Rodolfo speaks, hesitating, during an interview at the back patio of the restaurant Habana SoCo, worried that his interview could compromise his return to Cuba.

“I gave [Oyalenny] money so she could travel to Ecuador, I have ranches in Cuba, so when she saw this other country she said no – I can’t be here dad, I’m leaving,” Perez said in Spanish. “And I said well if you’re going alone, I have to go with you, and that was the reason I came.”

Once Perez and his daughter made their way to Texas, Oyalenny’s husband followed in hot pursuit – but wasn’t as fortunate. Rather than braving a six-month journey starting in Ecuador, Perez’s son-in-law faced multiple detainments in South America, starting in Venezuela and later undergoing starvation in the jungles of Colombia. He eventually reached the U.S., immediately after wet-foot dry-foot was discontinued. Perez understands these changes, but would rather abstain from entering the political foray, for fear of persecution from the Cuban government. 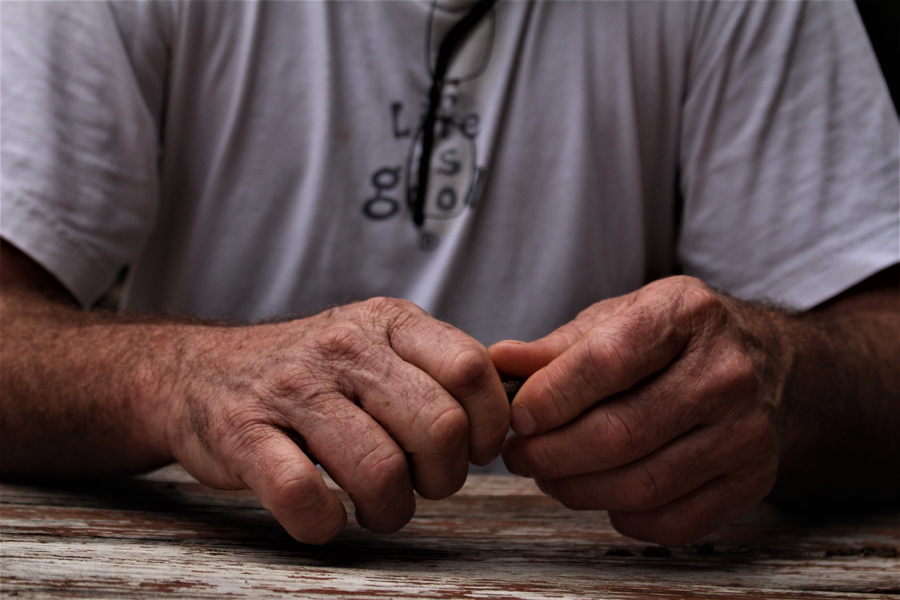 Rodolfo fiddles with an acorn as he nervously recounts his immigrant month-long journey. His shirt reads “Life is Good.”

“It looks like things are changing a little bit, but I don’t know anything concerning politics – what I did was work hard in Cuba as a veterinarian, so when it comes to politics, I don’t know a thing,” Perez said.

Now, Perez is a cook for Habana Soco, a Cuban restaurant on South Congress, while his daughter works for the University of Texas Department of Food and Housing Services and at Austin-Bergstrom International Airport as a janitor. Through the help of Caritas, a non-profit organization that assists refugees and others looking for stable housing, Perez and Oyalenny were able to begin a life here and receive government benefits, while Oyalenny’s husband remains unemployed and undocumented. 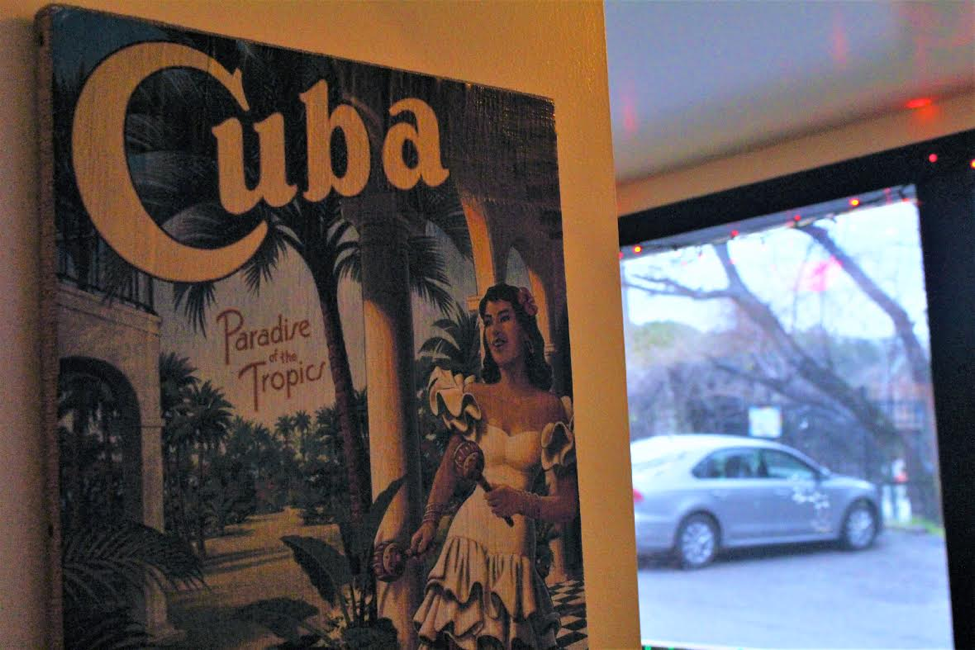 A painting with the words “Cuba” hangs near the exit of the restaurant of Habana SoCo, where Perez works. His job was acquired with the help of Caritas Austin, a non-profit organization focused on helping out the homeless with jobs and housing.

“Was it time for these things? It’s hard for me to judge on that front,” Schwartz said. “I really feel for people from other countries, Central American nations, where things are absolutely terrible right now. I’m fine with wet-foot, dry-foot if we can extend it to other places, that would be interesting.”

Some politicians, such as the son of Cuban immigrants and Republican Sen. Marco Rubio, have consistently advocated for the discontinuation of the law, citing instances in which Cubans frequently return to their home country after receiving permanent legal status in the United States.

“There are people that are legitimately fleeing oppression in Cuba,” Rubio said in an interview with the Associated Press in November of last year. “But my problem now is the laws that exist, it’s hard to justify anymore. You have people that are coming and a year and a day later are traveling back to Cuba 15 times…that doesn’t look like someone that is fleeing oppression.”

As for the future of newly arrived undocumented migrants from Cuba, Schwartz said although their future remains uncertain, special conditions for family members and married couples are still in place.