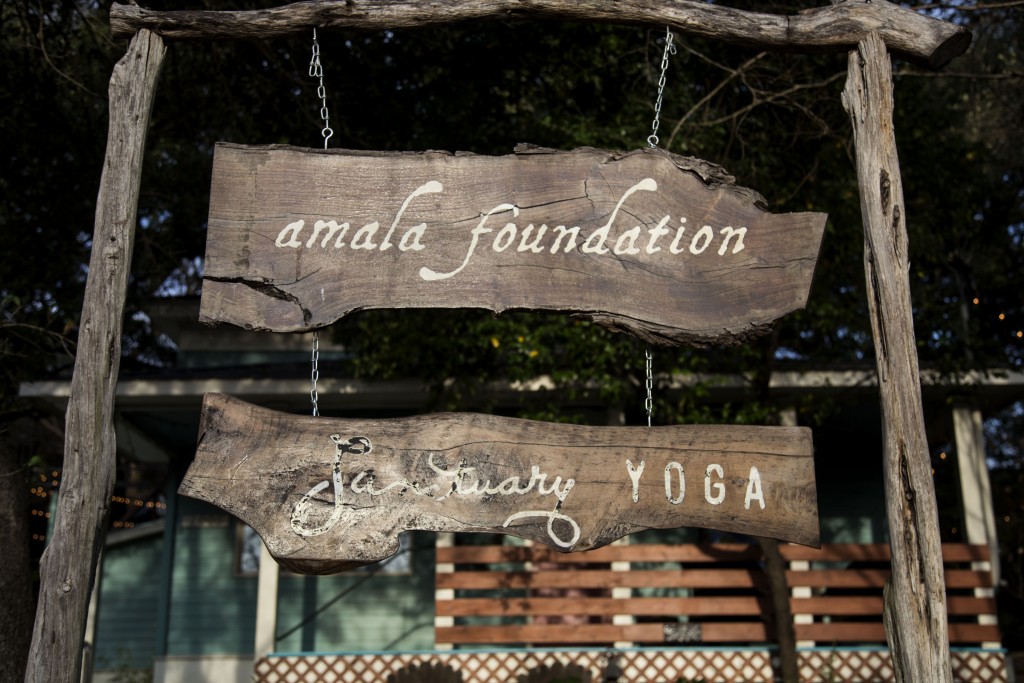 Tucked into a grove of trees sits a small two-story home, with strings of glowing lights stretching from the balcony to the tree branches overhead. The scene looks like something out of a woodland fairytale. For the young people who come to the yoga studio, it is.

The sprawling canopy of trees casts a protective shield over Sanctuary Yoga, a nonprofit business in Austin, Texas. Opened in 2013, the studio provides a safe space for all who attend, and proceeds from the classes benefit programs for refugee and immigrant children.

Sanctuary Yoga was created through the Amala Foundation, an organization established in 2001 that specializes in youth programs meant to bring together young people from different backgrounds in order to empower them as leaders and individuals.

“What that means is bringing together as many diverse youth as possible and giving a safe space for them to share what’s going on with their lives, and then doing leadership training so they can take this field out into their community,” said Jen Lucas, executive director of the Amala Foundation.

Amala has become a community rather than just a series of programs, and long-term volunteers now teach at Sanctuary. This circular relationship naturally creates a shared sense of belonging.

“Jen’s and my intention is to have this space be offered more as a communal space,” said Audrey Fouss, manager of Sanctuary Yoga. “We’re calling it a community center, and we’re really trying to honor that.” 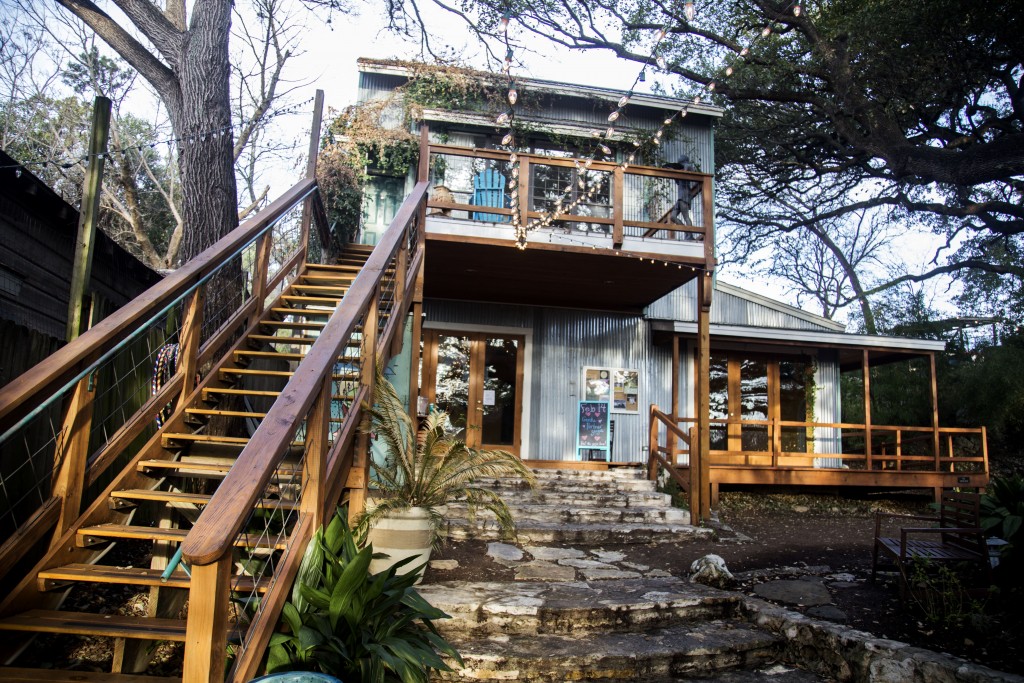 Aside from building community, the business provides support in the midst of the international refugee crisis and the United States’ recent immigration ban, since deemed unconstitutional.

“They’re getting fired up,” said Lucas, who believes the Amala Foundation will only grow stronger in the midst of the immigration ban. She thinks the organization encourages acceptance among young leaders, which motivates them to advocate the message to others.

It is personal for them. 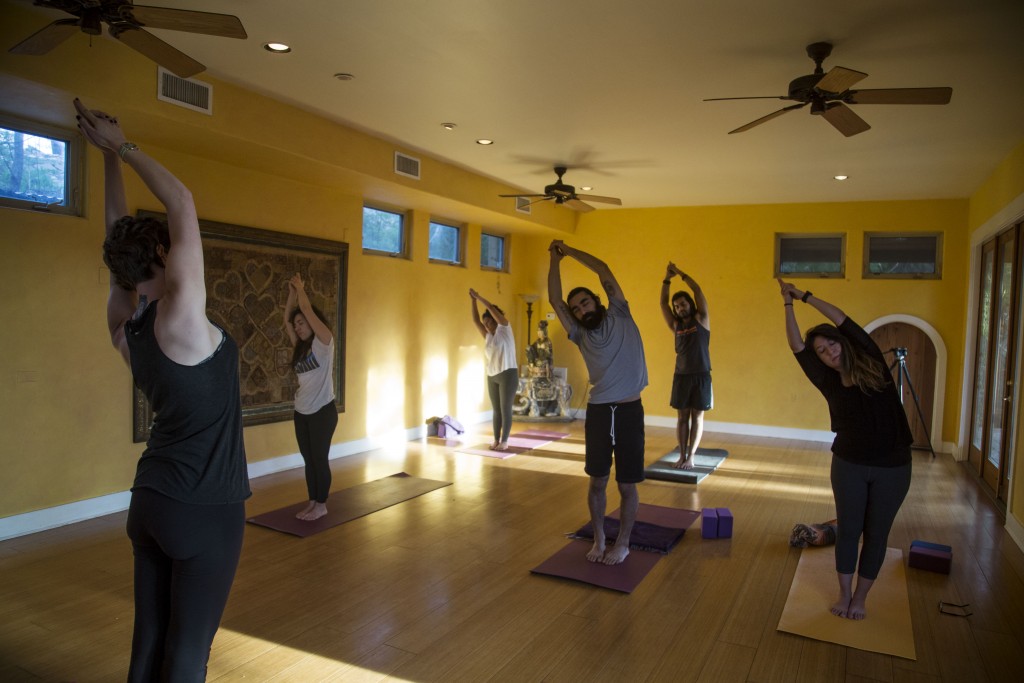 Refugee or not, the Sanctuary Yoga practitioners want to make a difference.

“I feel like now more than ever, it’s important to be active politically rather than to just be supporting a cause passively and talking about a cause with friends and family,” said Bonnie Johnson, who has practiced at the studio for a year now. She was initially attracted to the Sanctuary’s rustic atmosphere, but now appreciates the studio’s efforts to give back to the community.

“I feel it’s important to do something to actually support immigrants and support refugees,” Johnson said. “I really love that I can practice yoga and also benefit a cause that I really care about.”

Aside from studio classes, Sanctuary Yoga offers group hikes in the Barton Creek Greenbelt on Saturday mornings. The informal structure and easier exercises allow attendees to immerse themselves in the stillness of the gray morning air, focusing on the soft splashes of rushing water and soggy leaves rustling on moist tree branches.

Sanctuary Yoga
Members Catherine Ashton and Jason Smith stretch forward during their hike in the Greenbelt.

Sanctuary Yoga
Sheridan Schaefer leads the second round of yoga during the Greenbelt hike.

Sanctuary Yoga
Sheridan Schaefer leads the second round of yoga during the Greenbelt hike.

Sanctuary Yoga
Jason Smith heads back toward the Greenbelt entrance after completing the hike.

Instructor Sheridan Schaefer leads the weekend hikes. She began working for the Amala Foundation just three months ago, drawn to the communal spirit the organization cultivates. She also volunteers at Casa Marianella, an emergency shelter in Austin for refugees seeking asylum. For her, giving back to the community and working to protect marginalized people is now more important than ever.

“I think it is important, especially when we’re confused in this different tangle of governmental decisions and affairs, to find ways we can make more individual efforts,” Schaefer said. “Amala Foundation is definitely one of those spaces that encourages a shared world, having different walks of life and different groups of people come together.”

Lucas echoes that same sentiment and said she believes Sanctuary Yoga provides Austin locals an outlet where they can make a difference.

“I hope people feel that it is a place of refuge for themselves, that in the chaos of what is going on in the world we all need to remain centered and take care of ourselves if we’re going to be able to serve others,” Lucas said. “And that knowing if you come here, that you’re not just a client; you’re a member of a community.”