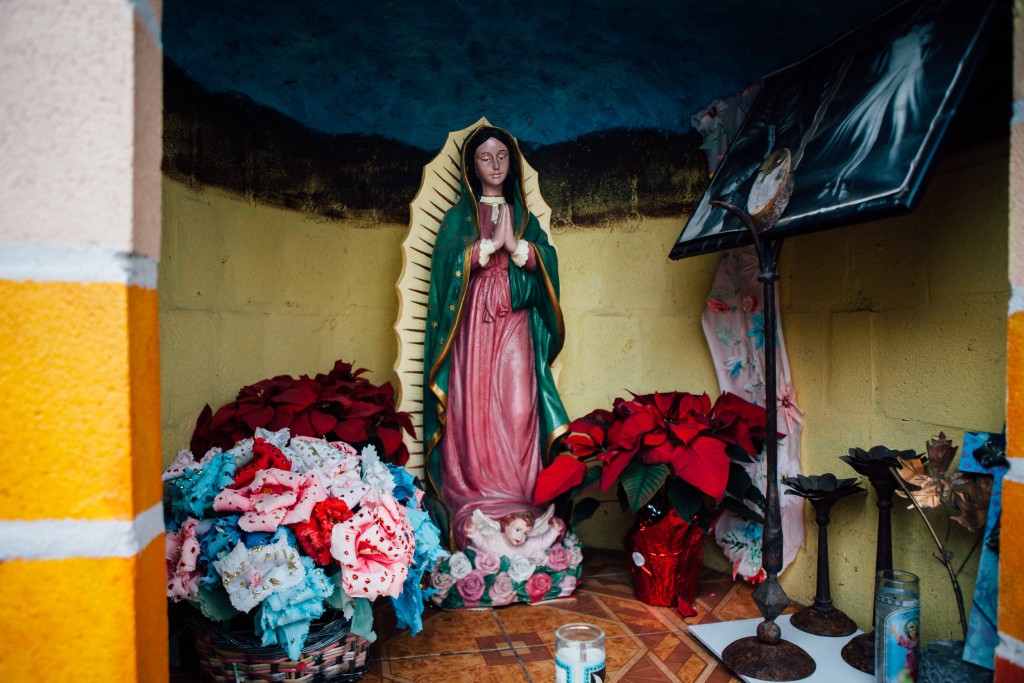 A sanctuary built by one of the residents sits outside Casa Marianella, a homeless shelter for immigrants and refugees in Austin. Casa Marianella is one of about a dozen organizations that help comprise Texas Here to Stay, a coalition of legal and community organizations that work to provide education and legal aid to Austin immigrants through free workshops and clinics.

Bells chimed at the San Jose Catholic Church. Signs announcing “Taller & Consulta Gratis de Inmigración” — which translates to “Free Immigration Workshop and Consultation” — adorned the building’s exterior. A crowd gathered, and though it was Sunday, the group did not consist of the usual congregation.

It was Jan. 29, nine days after President Donald Trump was sworn in, four days after he announced plans for a border wall and two days after he barred citizens of seven Muslim-majority countries from entering the U.S. This crowd of immigrants and their loved ones was there to find out what could happen to them in the future — and what they could do about it.

Find the rest of the story here: https://texasnonosvamos.squarespace.com/?r=24593503