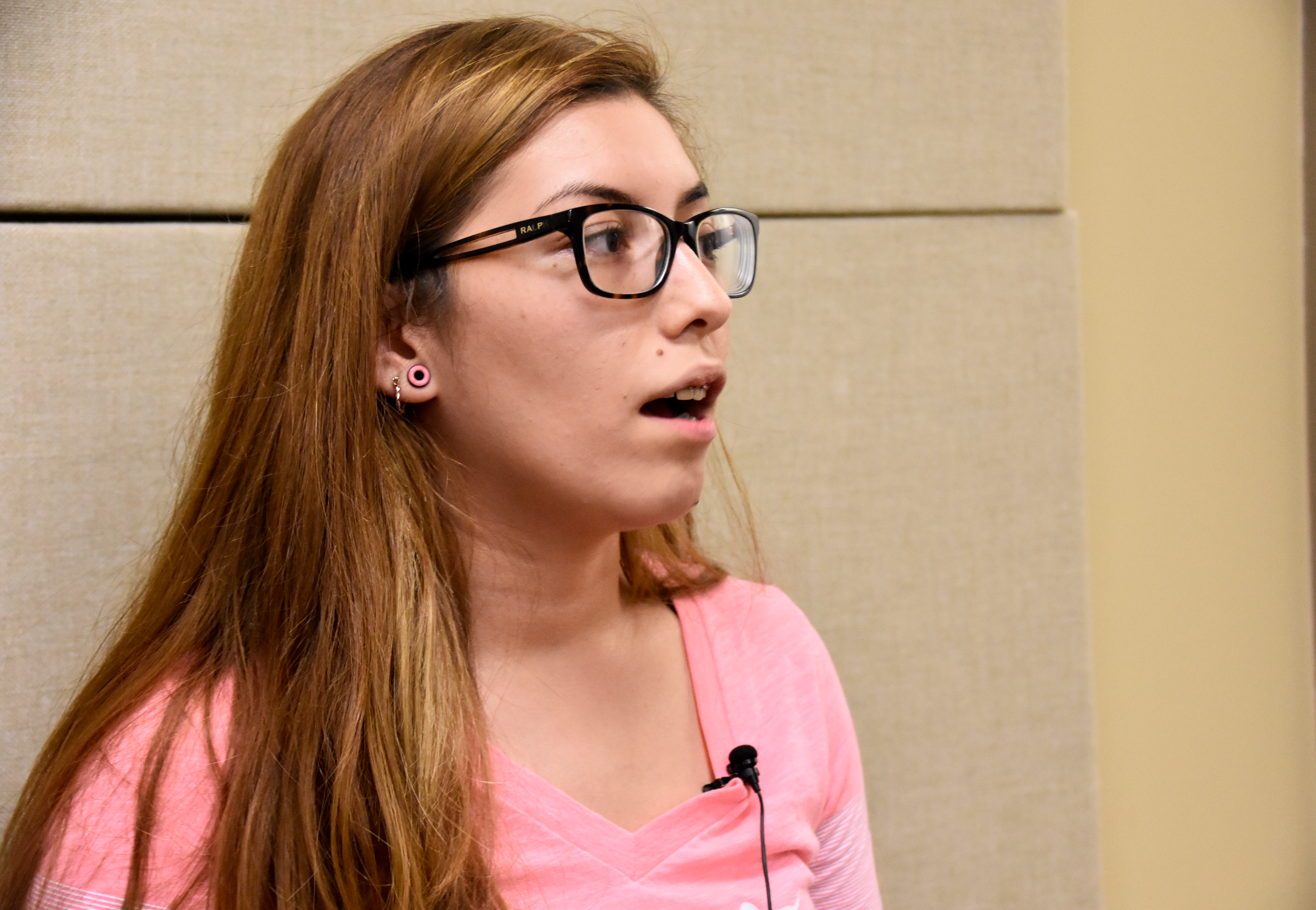 Alejandra Zendejas is a DACA student and a leader amongst Mexican-American students fighting for their rights. 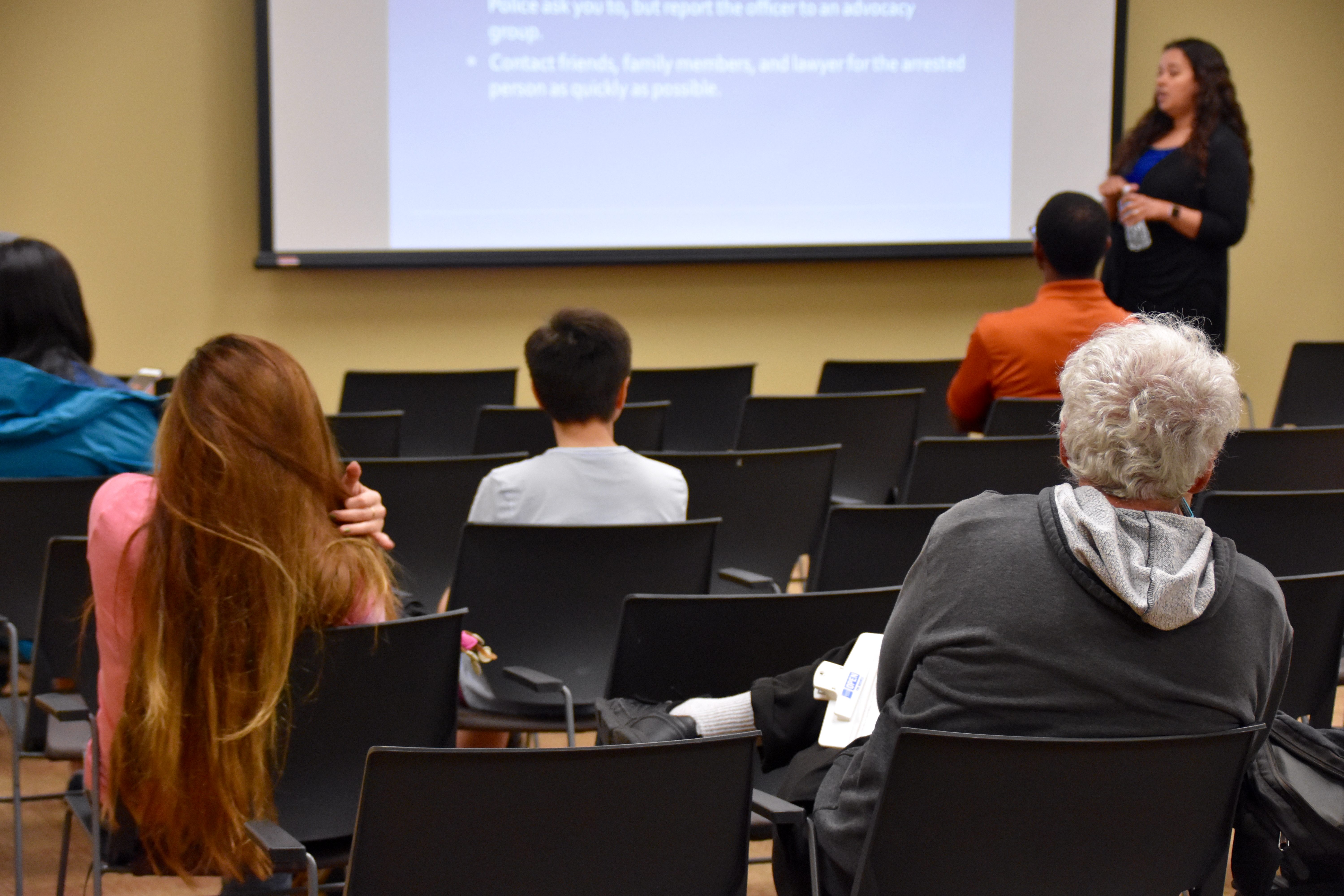 People from all over the Austin community came to hear Gomez speak about immigration rights. 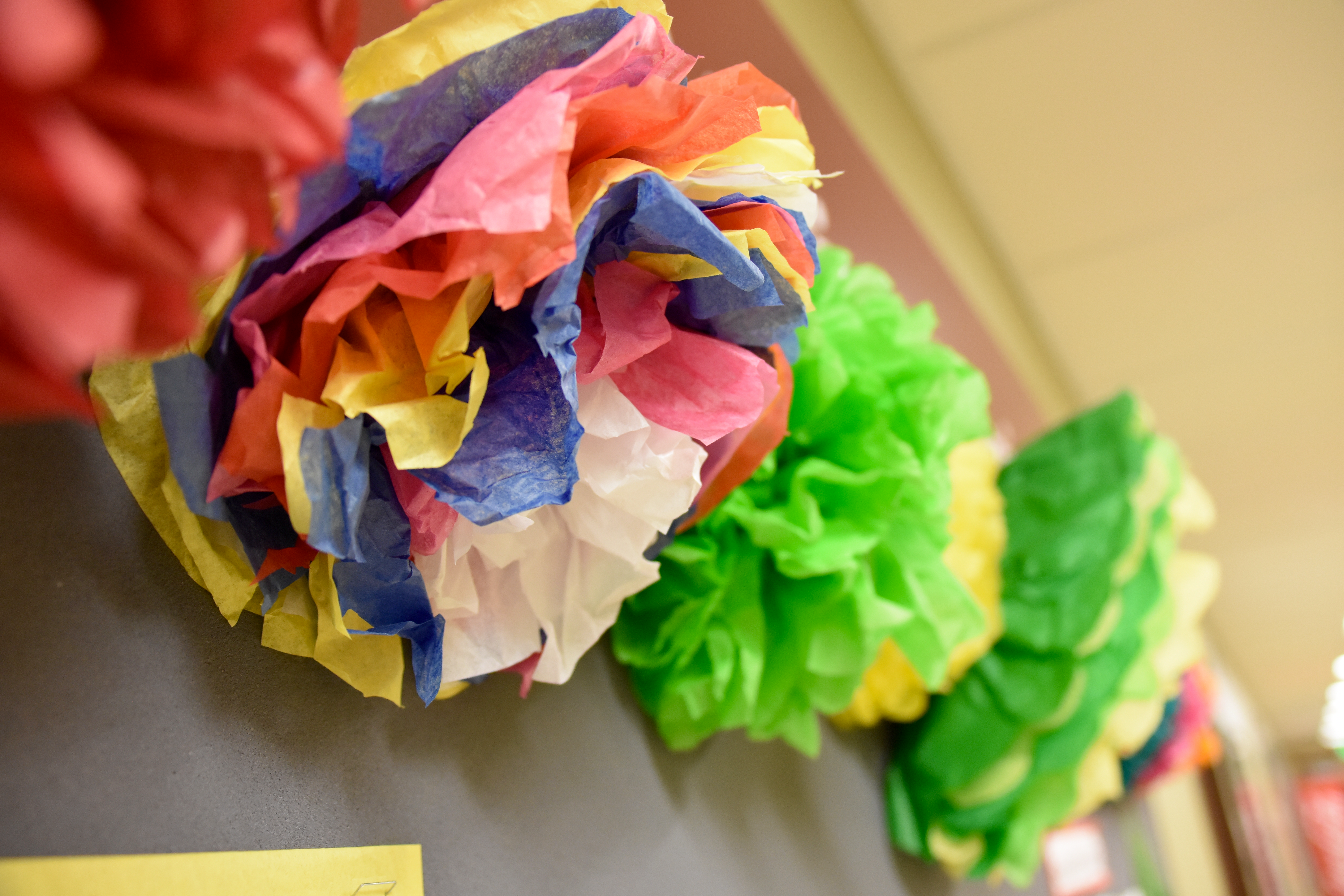 CMAS decorates its halls with symbols of the Mexican culture. 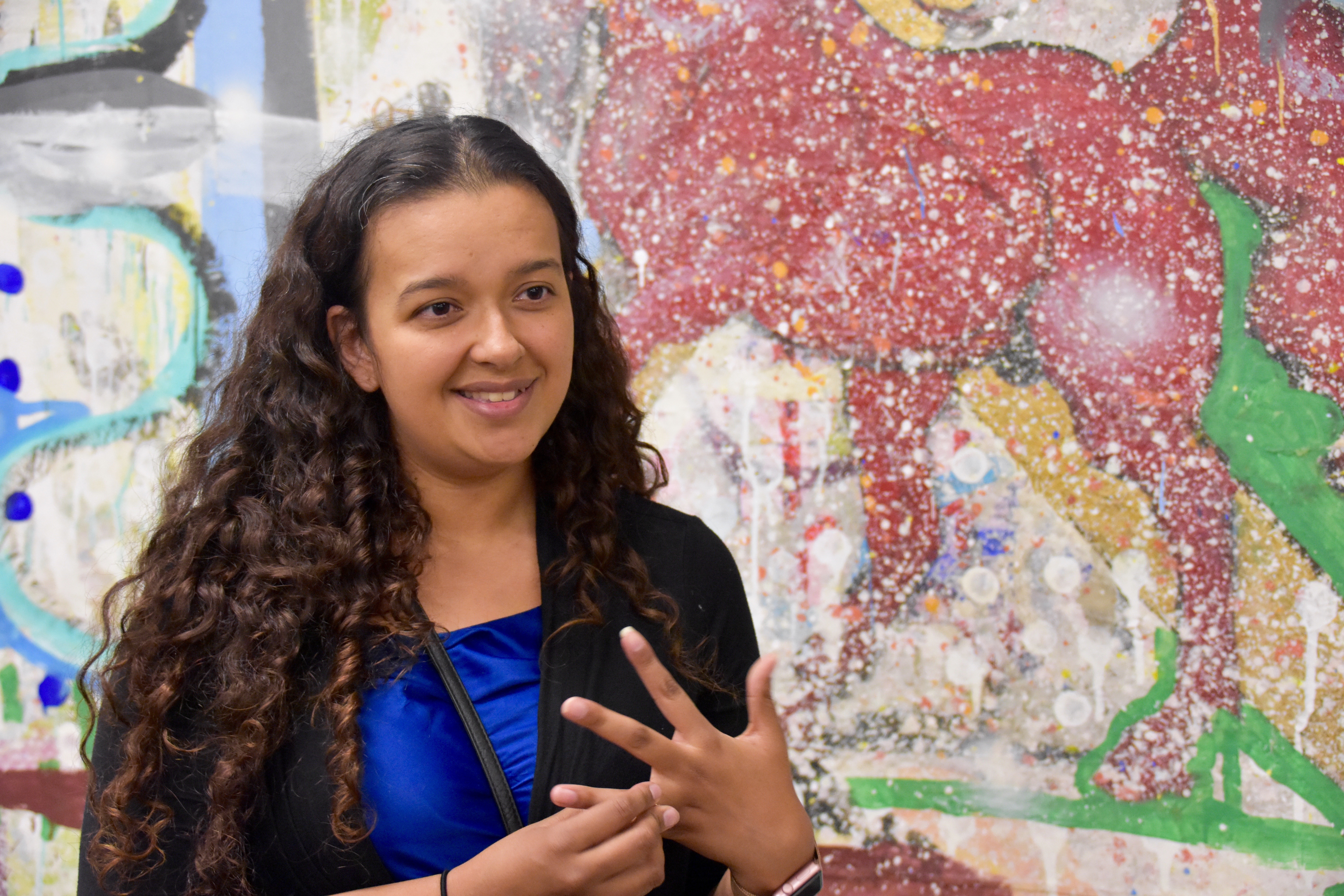 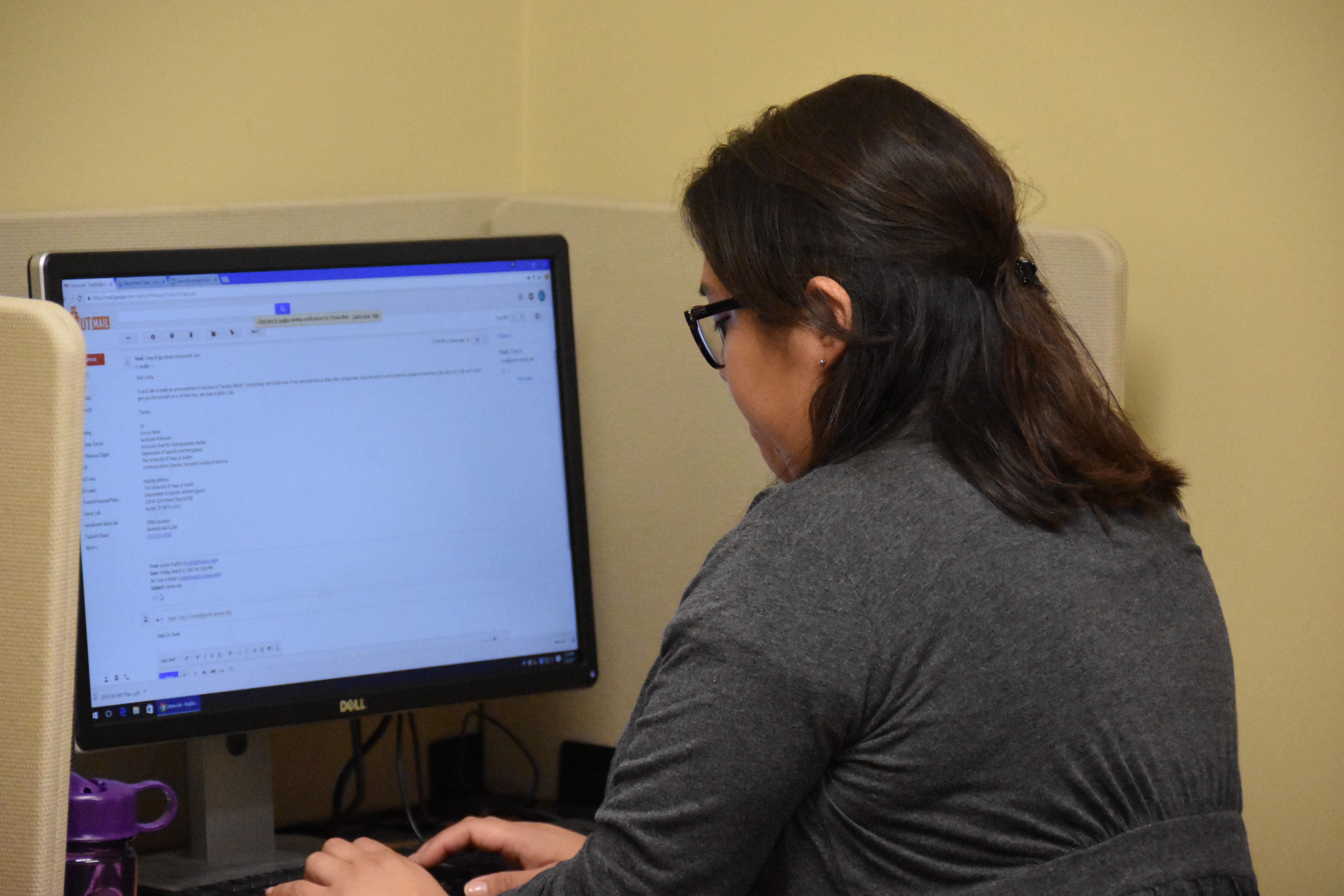 Mexican-American students have the option to work on school work at the Center for Mexican American Students on campus. 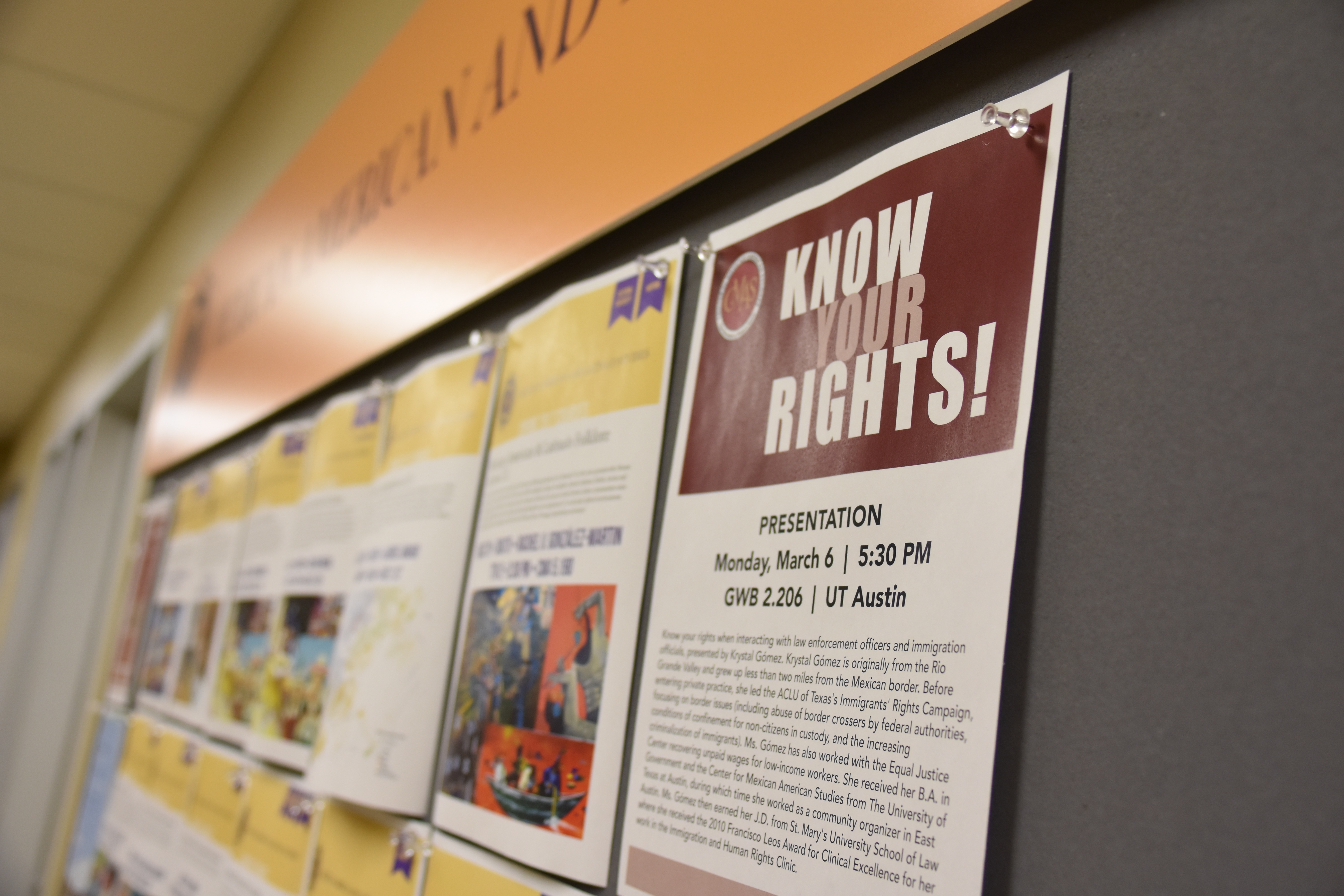 CMAS posts flyers in the hallways telling students of their rights.

The University of Texas at Austin alumna provided a workshop, Know Your Rights, in light of the Immigrations and Customs Enforcement (ICE) raids on undocumented immigrants in Austin. Many who were detained did not know the guidelines for detainment and deportation. The Center for Mexican-American Studies and the Mexican-American Latino Studies departments hosted the workshop to change that. They emphasized regardless of whether or not someone is undocumented, each individual does have rights.

“The more people who think they don’t have rights, the more likely we see government intrusion,” Gómez said. “And the more widespread that becomes, the more habit it is for law enforcement officers.”

Knowing your rights affects the actions of government officials, according to Gómez.

“If nobody objects when somebody searches your car without a search warrant or without your consent, then the cops feel like they can keep doing it,” Gómez said.

Undocumented immigrants can utilize the fifth amendment when stopped by law enforcement.

“I think it’s really important for folks to know how to say ‘Sorry no, that’s not okay’ and push back a little bit,” Gómez said.

Other tips included to not resist, lie or show false documents. Obtaining false documents is considered a fraud against the U.S. government. Also, a person may refuse to open the door to a federal agent if authorities do not have a warrant signed by a judge.

“This feels a bit more extreme in the kind of way the Trump administration is going about this,” Chávez said. “Picking up somebody at school, picking up somebody outside of church, five people here, ten people there. It’s real low intensity in a certain sense so it kind of makes you feel like you’re always under threat.”

As a result, Trump’s administration caused an increase in pressure and worry for undocumented students, according to Chávez.

“Being a DACA (Deferred Action for Childhood Arrivals) student kind of puts you in an awkward position because you’re not undocumented technically, you have your documents from DACA, but you’re also not a citizen,” Zendejas said.

Knowing her rights became a top priority for Zendejas when Trump took office.

“I started seeing ICE deportations,” Zendejas said. “Now that I know that this is very real and this can happen to me.”

Her biggest fear concerns is her parents being targeted by ICE back home in Dallas.

“When I hear about checkpoints or raids I call my parents. I’m like ‘Hey don’t go here in Dallas, make sure you’re safe, stay home,’” Zendejas said. “That’s my biggest fear, just finding out that they got deported or detained.”

MALS’ next workshop will take place on Tuesday, March 28. ‘Policing in America’ will draw attention to the logistics of policing and how they impact communities.