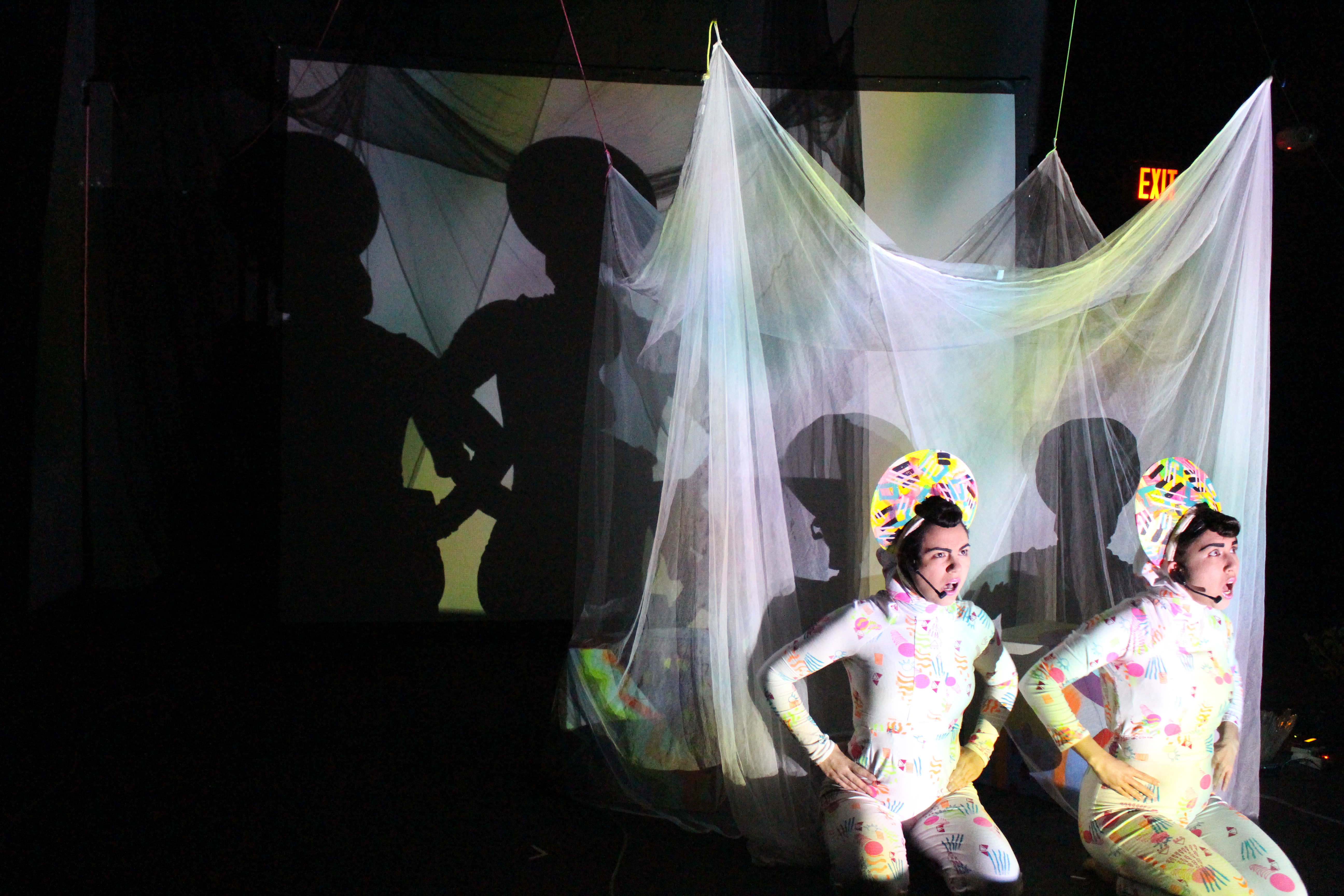 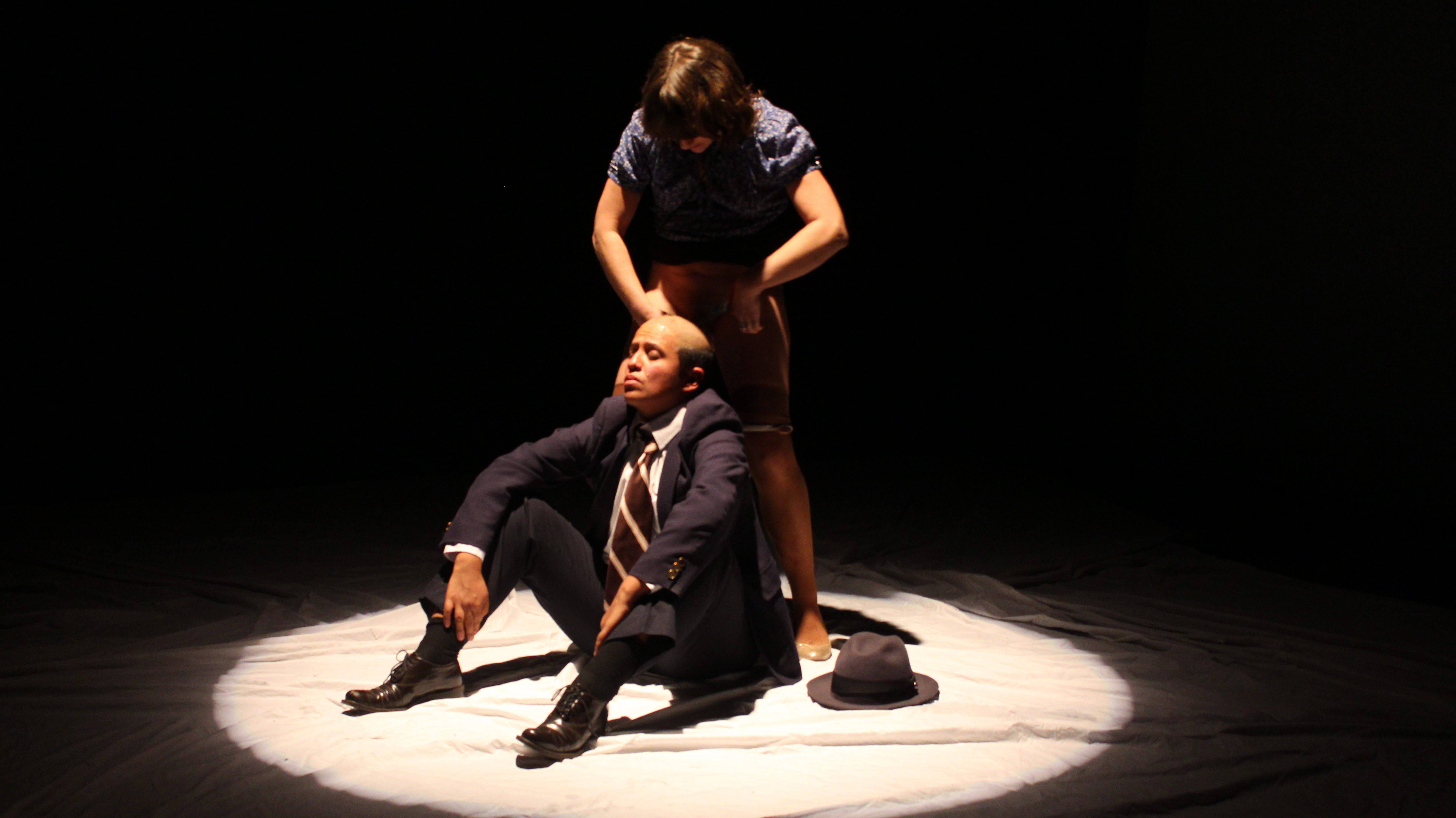 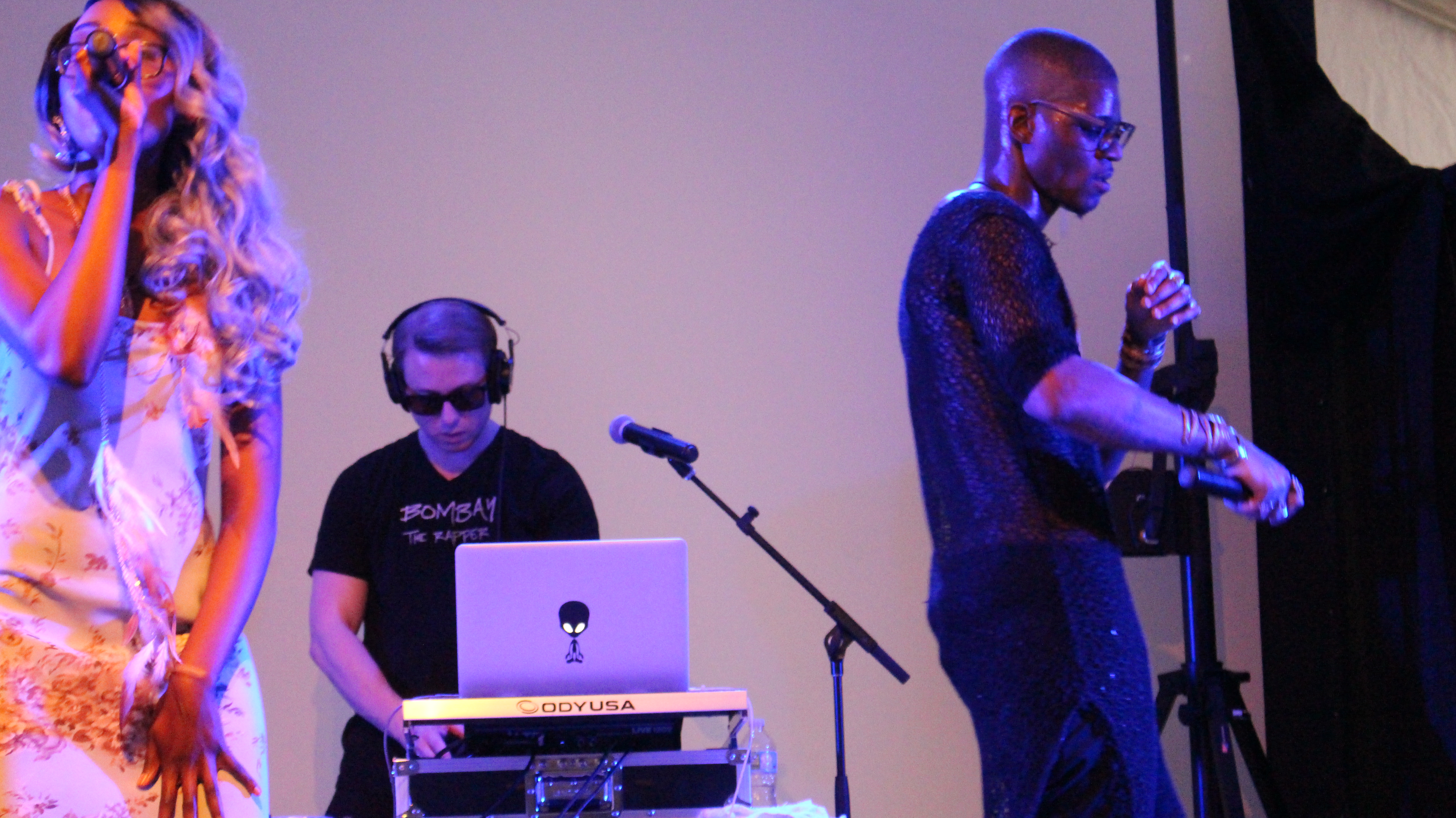 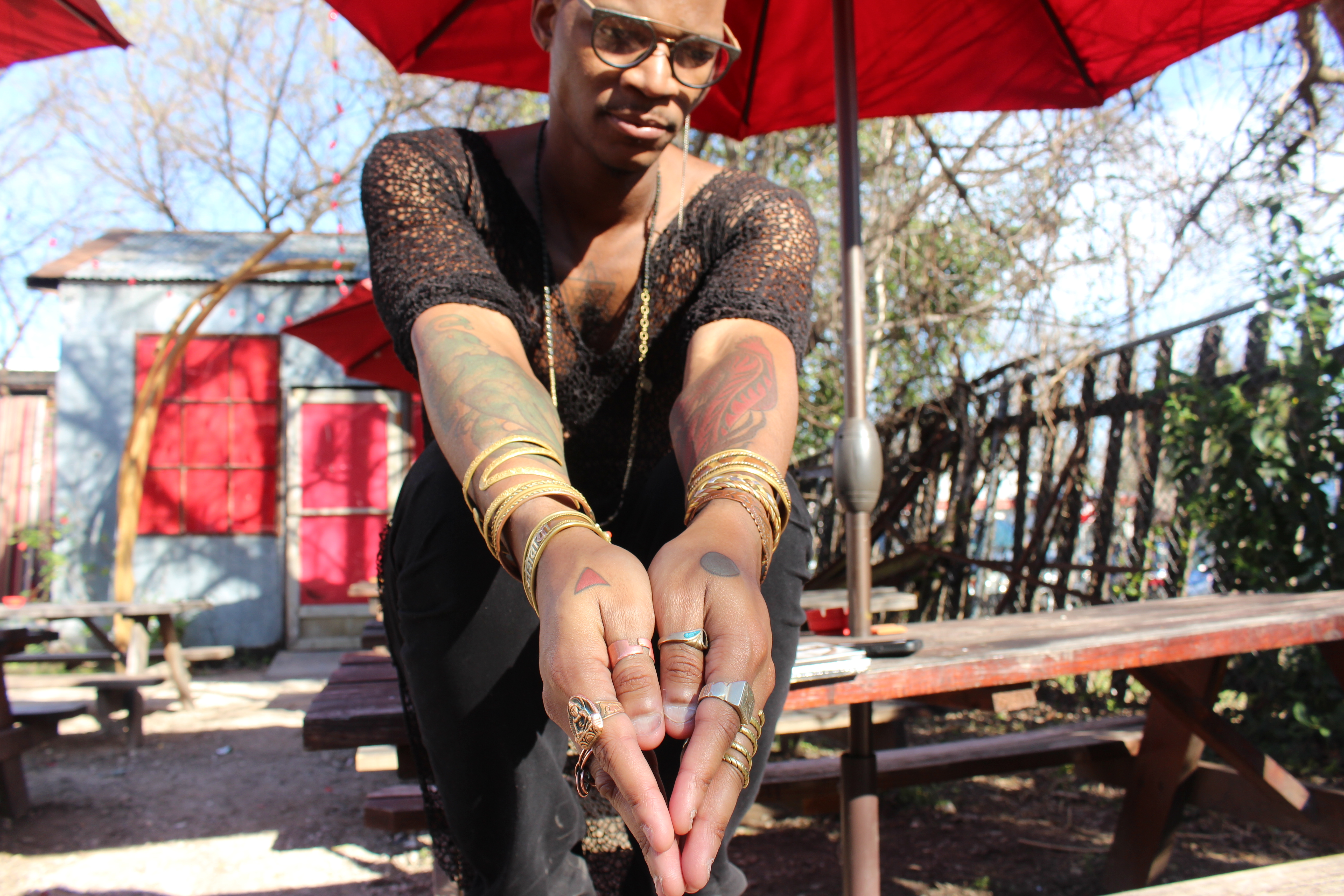 Theo Love sitting outside after performing at the 3rd annaul OUTsider Fest. 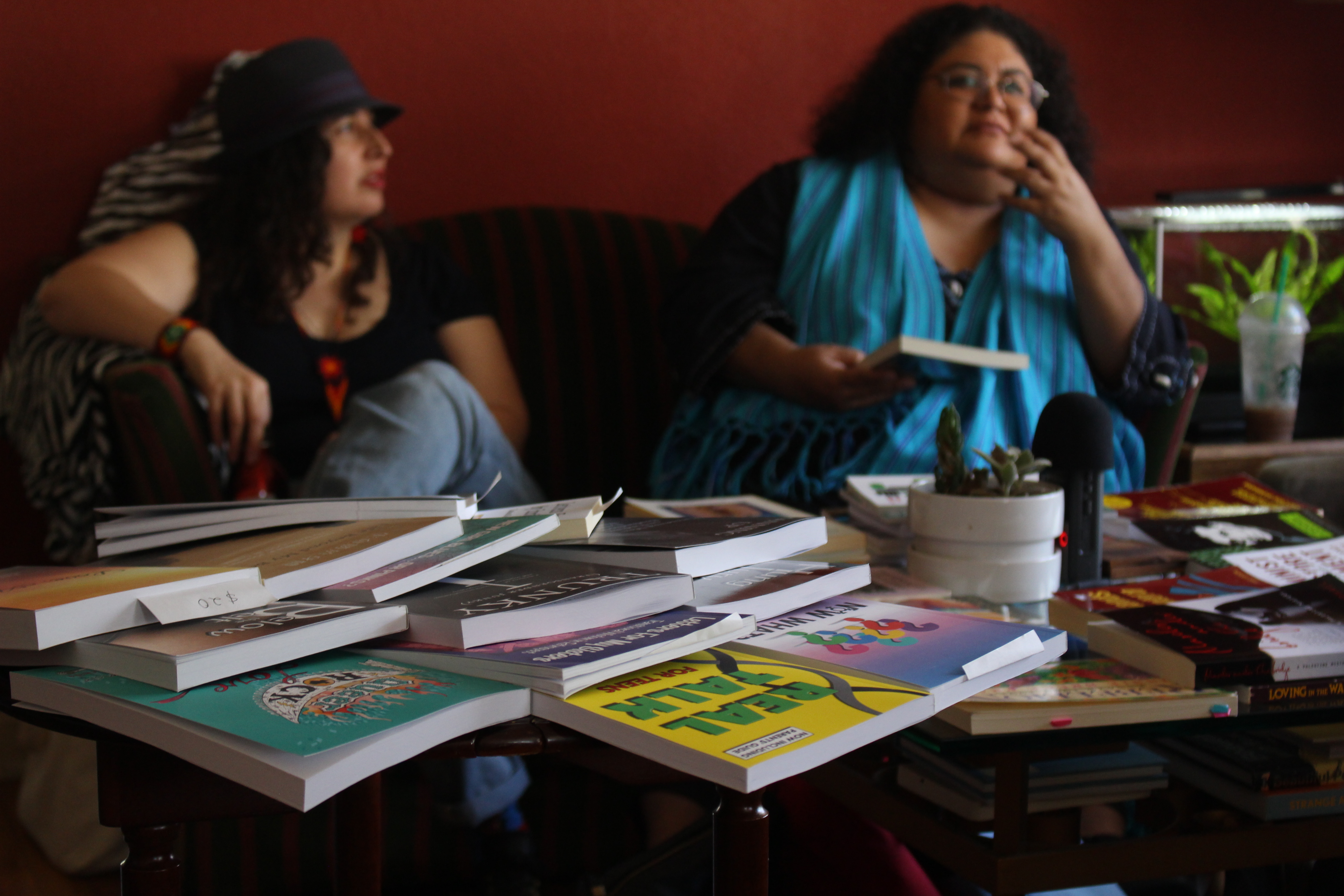 Lilia Rosas (left) and Irene Lara Silva (right) during the "Conference on the Couch" at the 3rd annual OUTsider Fest. 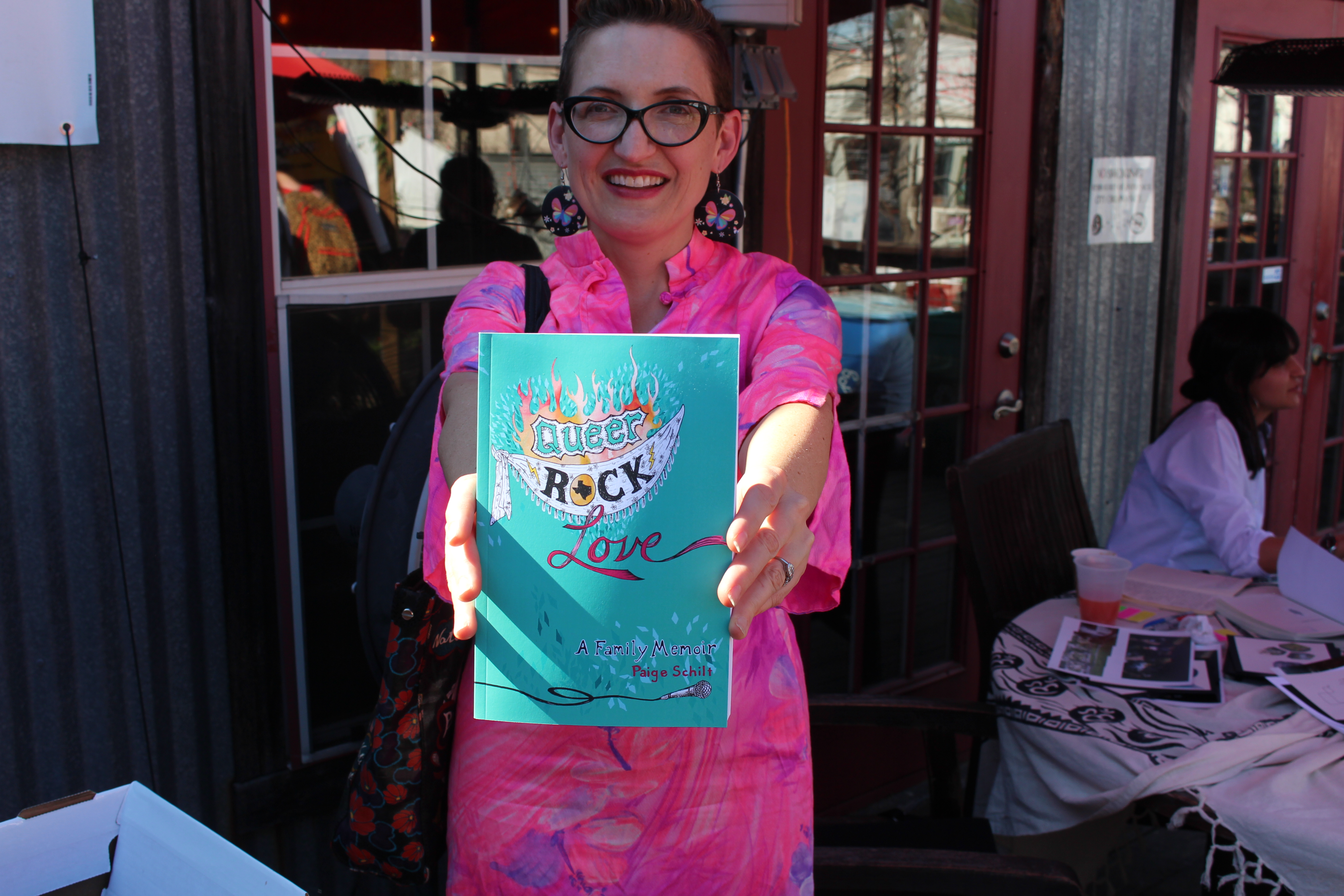 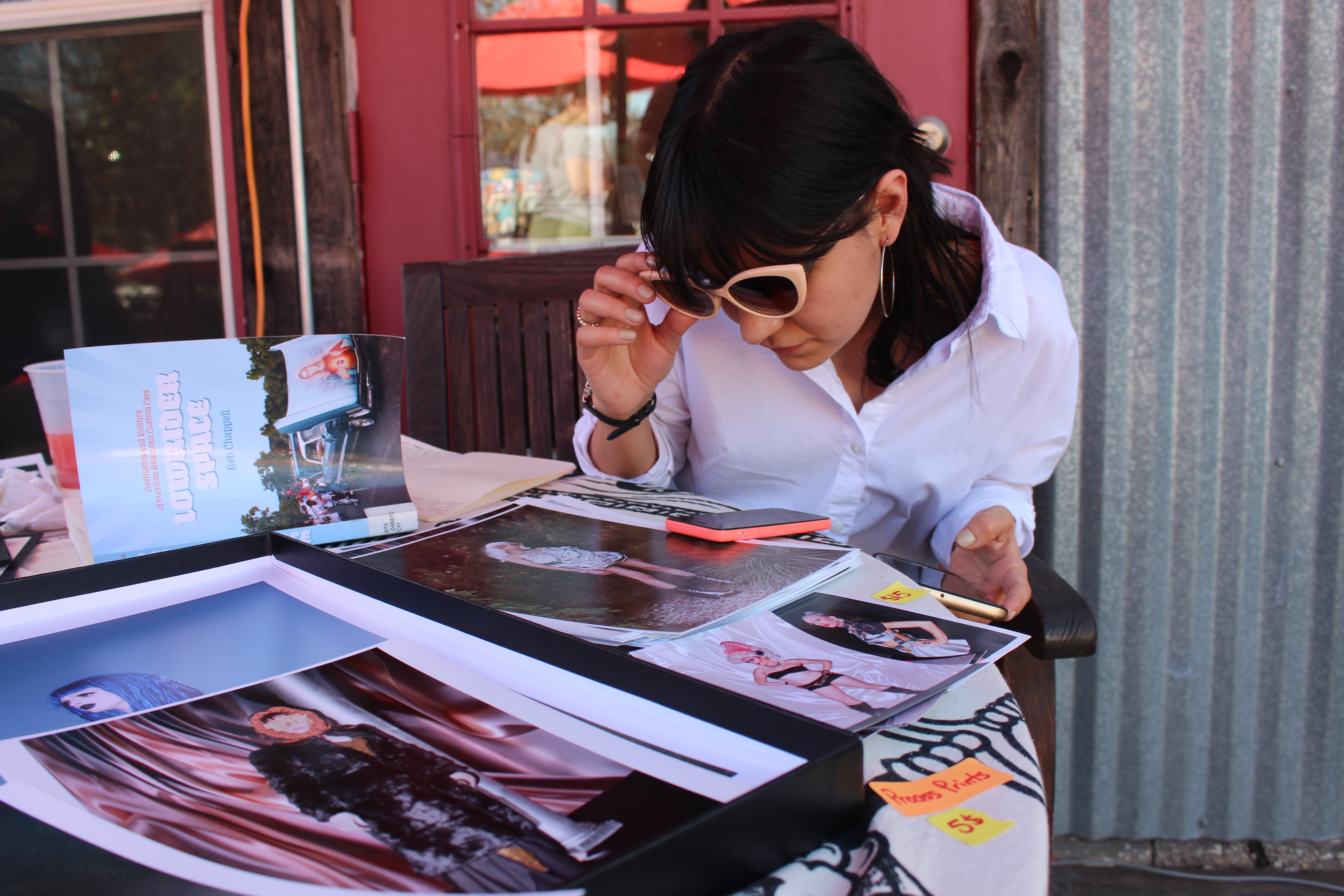 Amber Bemak and Nadia Granados, two artists from the United States and Columbia, explored political and personal themes in a performance called “American Spectral History” during the third annual Outsider Fest. Using video and performance art, they presented images of aggression from North America against Latin America, violence against women and queer people and lesbian lovers.

“One thing that people said a lot to us after the show is that it made them feel turned on and disgusted at themselves for being turned on but also at what we were showing,” Bemak said. “I think that’s a good descriptor of our work, and we want people to have that visceral experience at the same time because so much of what we talk about politically has to do with sexuality and gender and sex.” 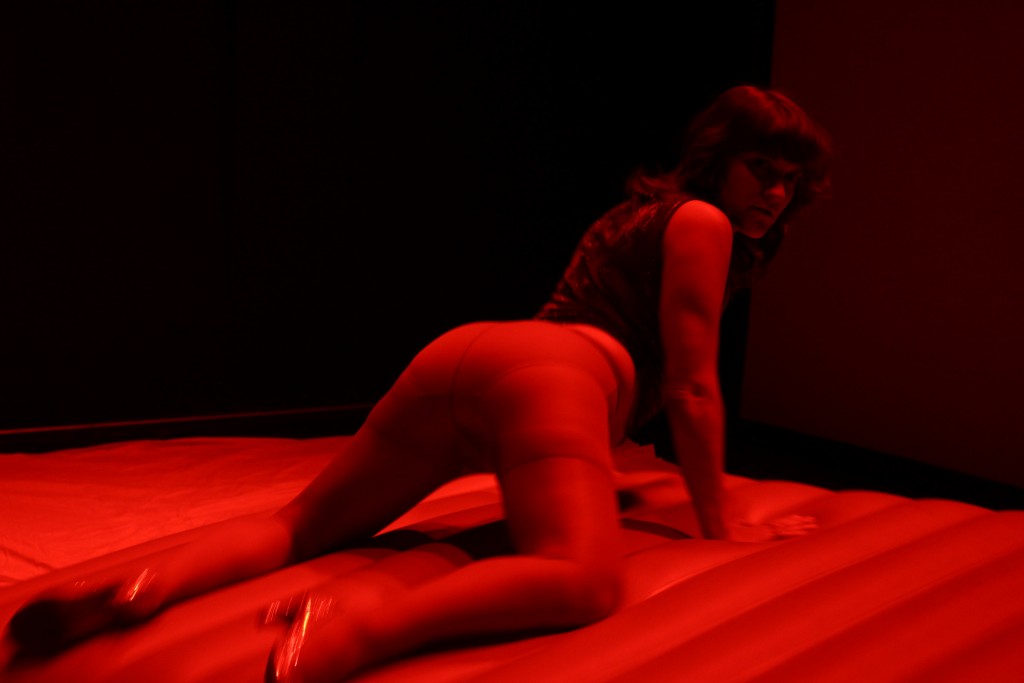 Like many other performances at Outsider Fest, “American Spectral History” touches on topics of queerness and intersectionality. Outsider Fest, an LGBT art festival that ran from Thursday, Feb. 16 to Sunday, Feb. 19, featured spoken word, concerts, films and theatrical performances. According to Curran Nault, the festival’s founder and organizer, the goal of Outsider Fest is to facilitate conversations between different groups of people — between artists and academics, different kinds of artists and different races, ethnicities and classes.

“What’s kind of important to me is the name ‘Outsider’ itself,” Nault said. “It’s meant to evoke, obviously, sexuality, as being out, being queer, but also all of the different ways that people can feel marginalized, outside of the norm, outside of power.”

This year’s theme was ‘Into the Wild,’ which Nault said is meant to express the idea of reconnecting with nature to solidify community and re-emerge, ready to fight. According to Nault, one show that touched on this theme was “Promised Land” by Rudy Ramirez. In the show, Ramirez goes on a personal journey to find self-acceptance, at one point traveling and camping in the woods.

Ramirez said he created his show, “Promised Land,” with a specific kind of audience member in mind, a young queer Latino who needed confirmation that his feelings and experiences were legitimate. Ramirez wanted “Promised Land” to be the validation he needed when he was younger. 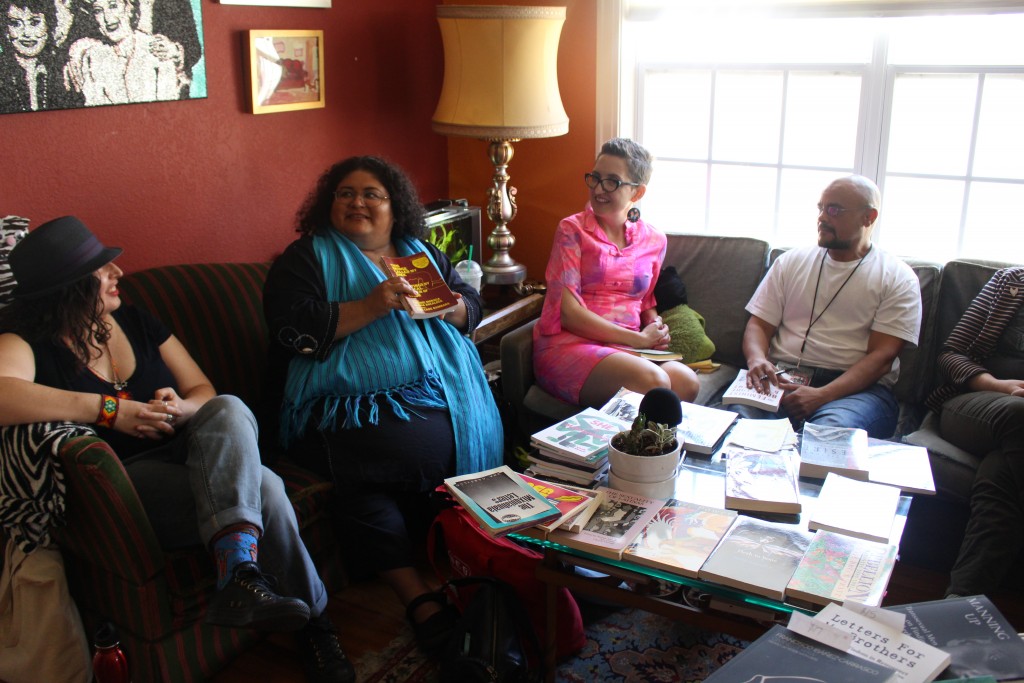 Besides art shows like “American Spectral History” and “Promised Land,” Outsider Fest also included panels. Most days of the festival began with a Conference on the Couch, where attendees could gather in Nault’s living room with a panel of academics, who sat on couches and chairs with attendees to discuss their work. These panels covered art activism, transgenderism and queer publishing.

For Nault, who is radio-television-film lecturer at the University of Texas at Austin, taking academia from its “ivory tower” and bringing it to the community is an important aspect of the festival.

According to Nault, art’s emotional resonance makes it unique as a tool for community-building and activism. This resonance allows it to stay with its audience in a way that something like a pamphlet, which only hits on an intellectual level, cannot.