After battling cancer, Monstsho Jarreu Thoth knew he needed to find what was truly important in his life. He quickly turned away from the bar scene and visited a local teahouse called Tea Spot at the Spider House Café. Little did he know that day he would make a complete lifestyle change.
​
“I was fed up with the normal goings on of people in our age range, and especially in Austin with alcoholic centered people, this is often taking place in predatory and self destructive environments,” tea pourer Monstsho Jarreauthoth said.

“Tea has the quality of clarifying one’s sobriety,” Thoth said.

In the search for a new path, Thoth explains he could never repay the teahouse enough for saving him from his other life.

“In part it was a means of healing myself,” Thoth said.  “It also let me come to find myself more after the ordeal.”

Thoth firmly believes that their tea space can merge communities together through their many activities such as tea pouring, listening parties, parties, dance classes, and even yoga.

“Wei Long Dong is ideally going to be a place of safety and refuge for people on the outskirts and people who are marginalized by society,” Thoth said.

Thoth explained his job is to not just educate customers on their teas but to also teach them how to interact with other people in a sober and clarified mindset.

“I think people come here to experience feeling safe as themselves and to learn from other people’s understand of the world,” Jarreauthoth said. 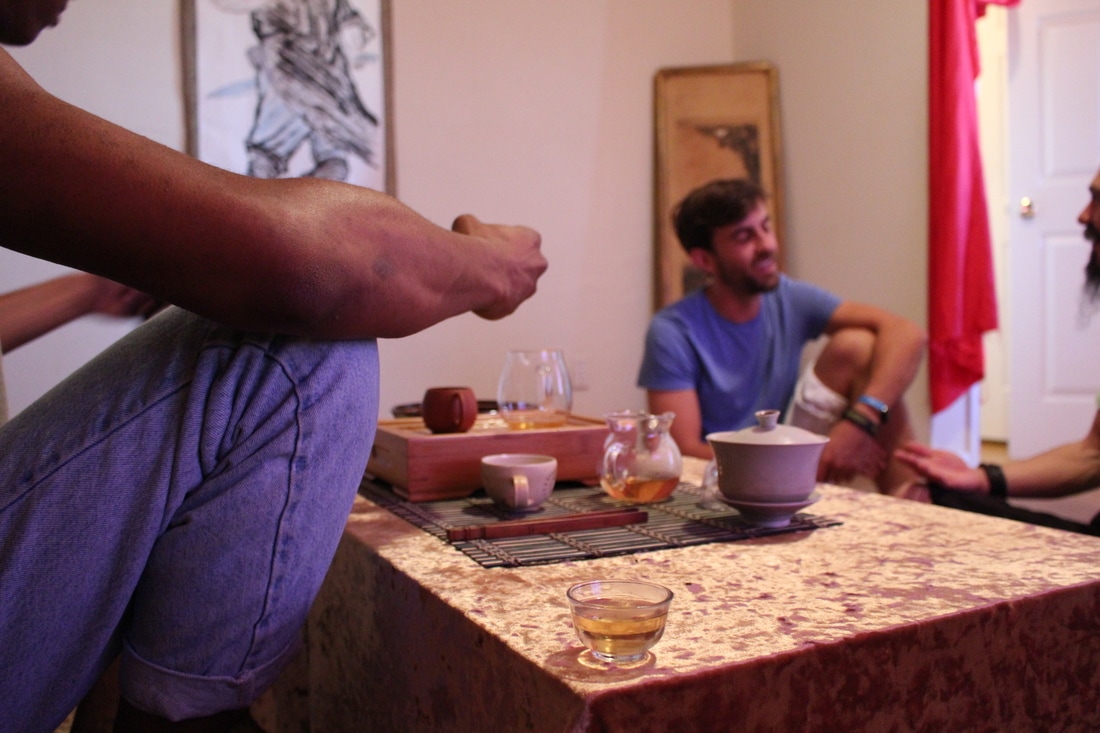 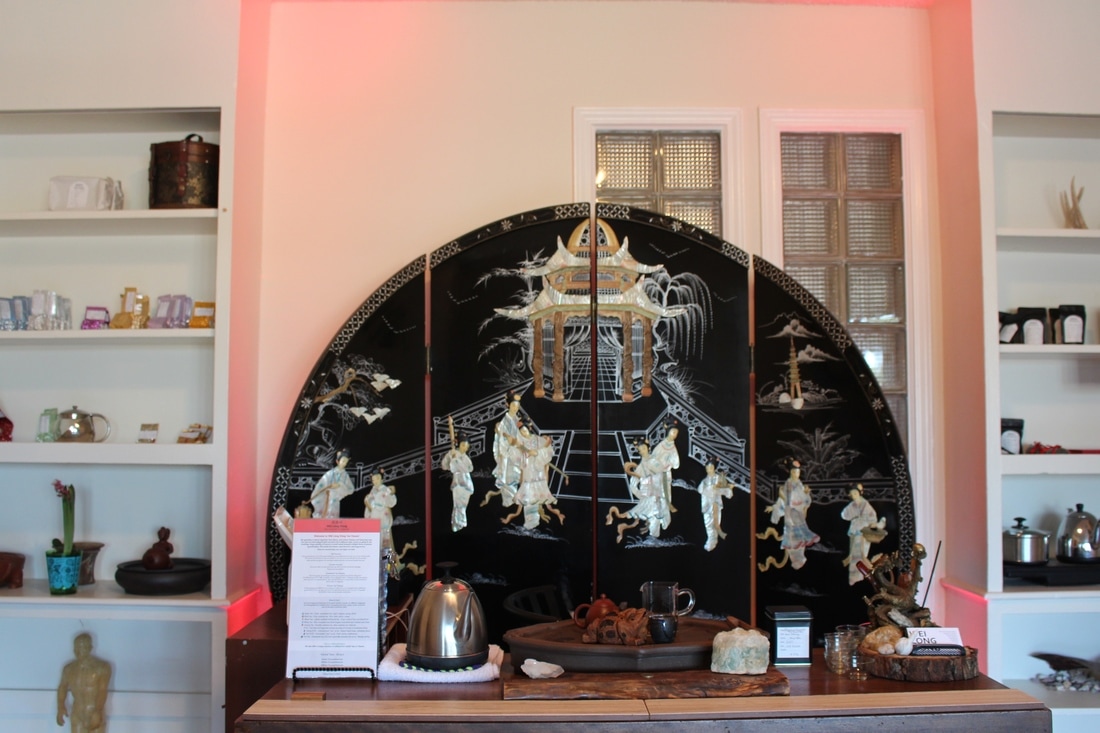 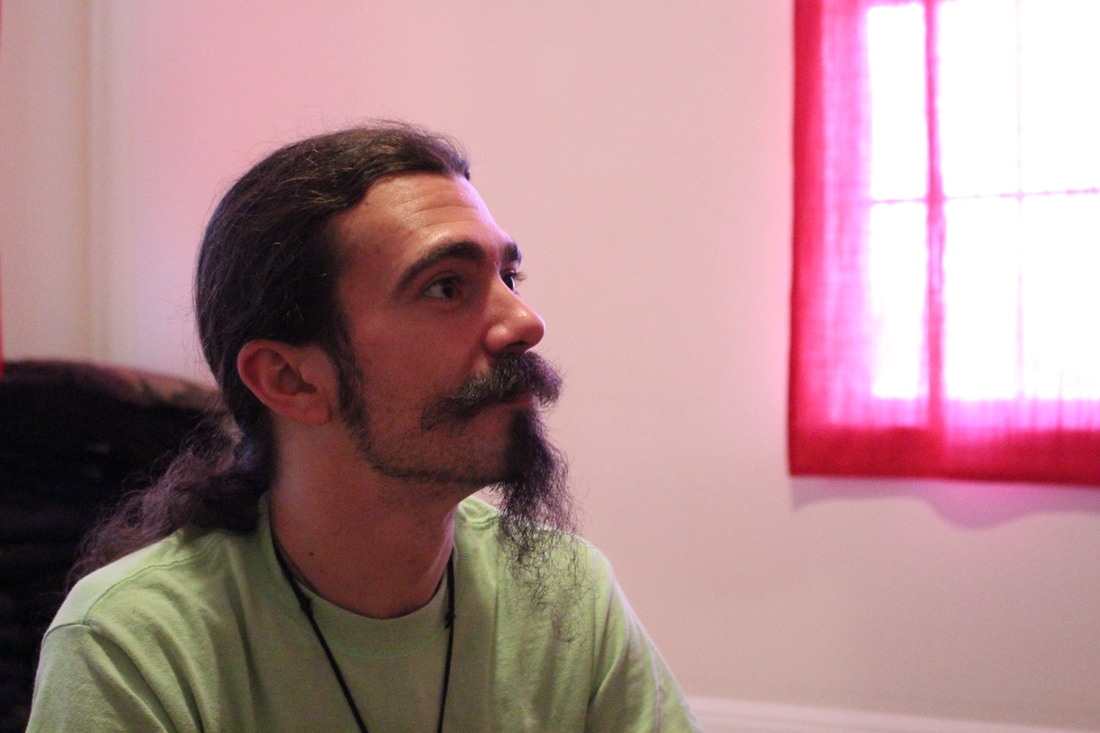 Chris in conversation about the benefits of drinking tea // Mackenzie Palmer 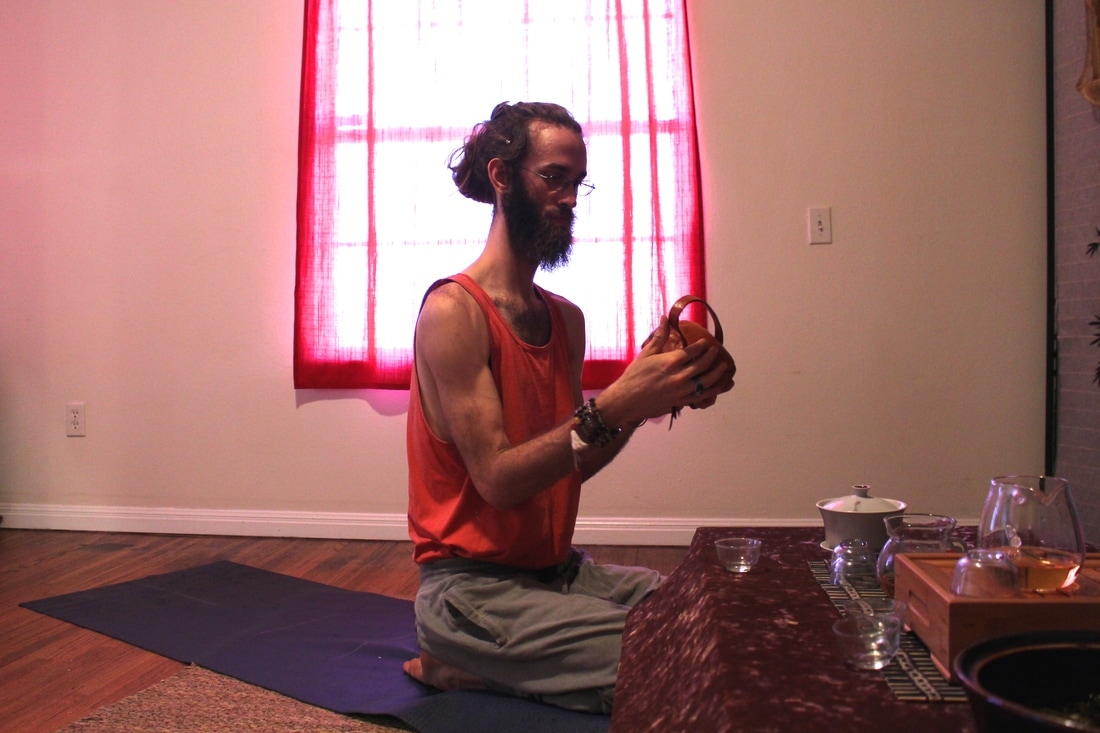 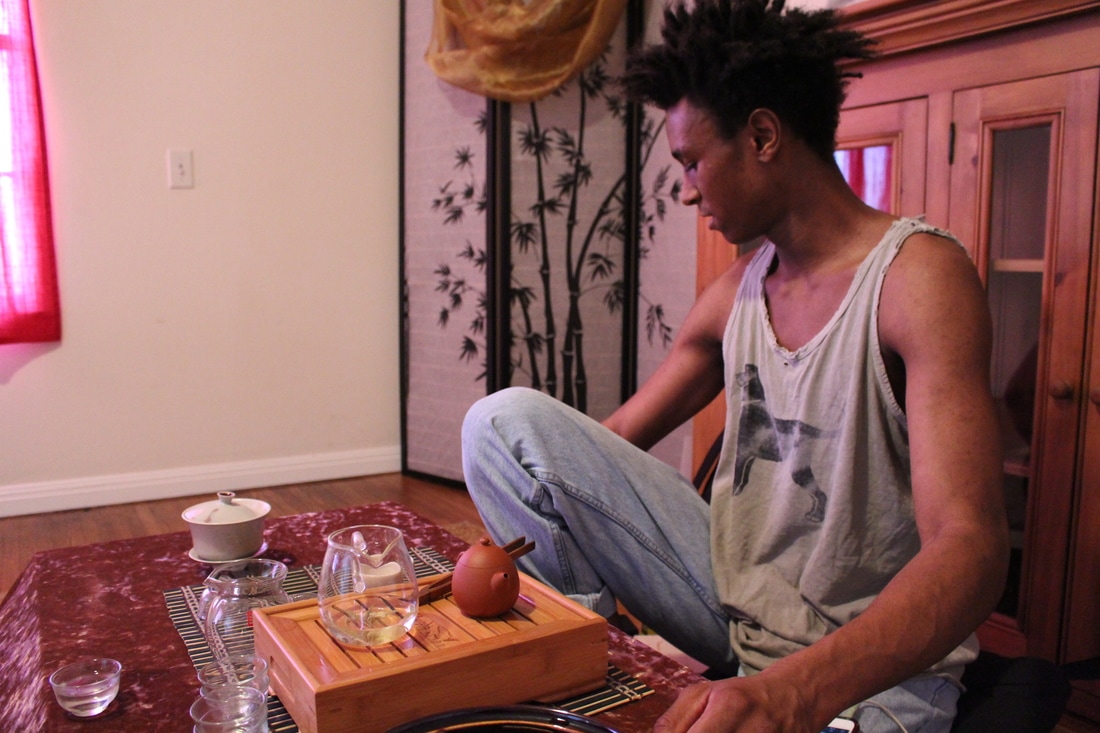 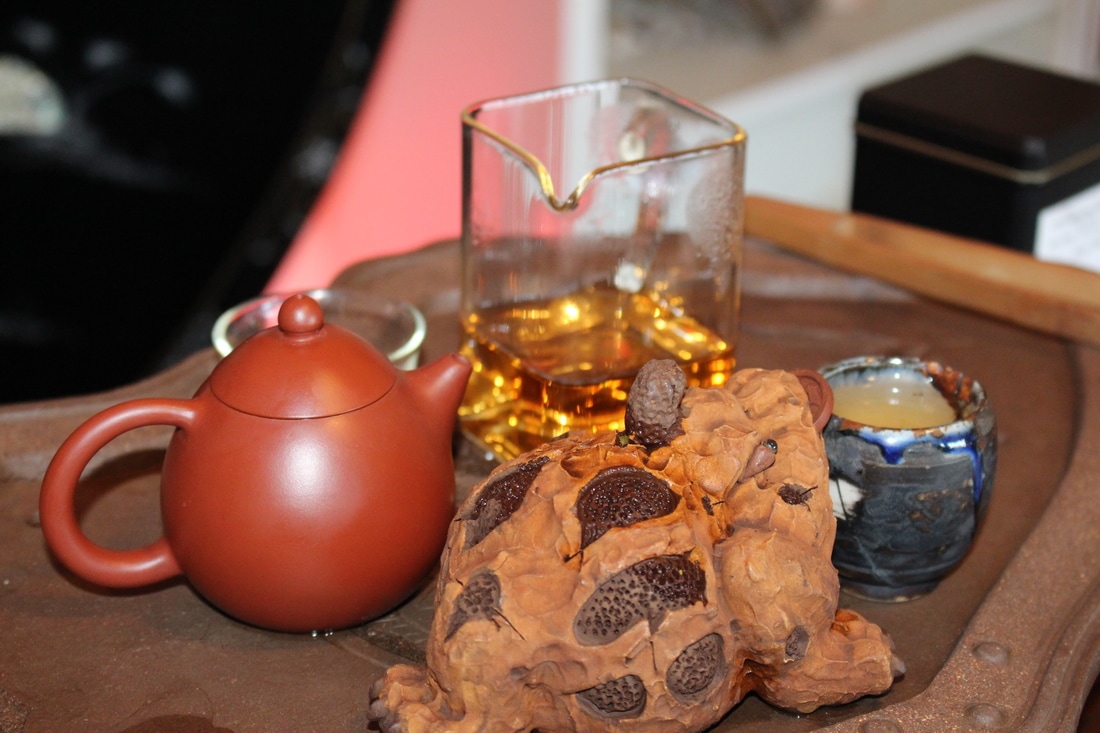 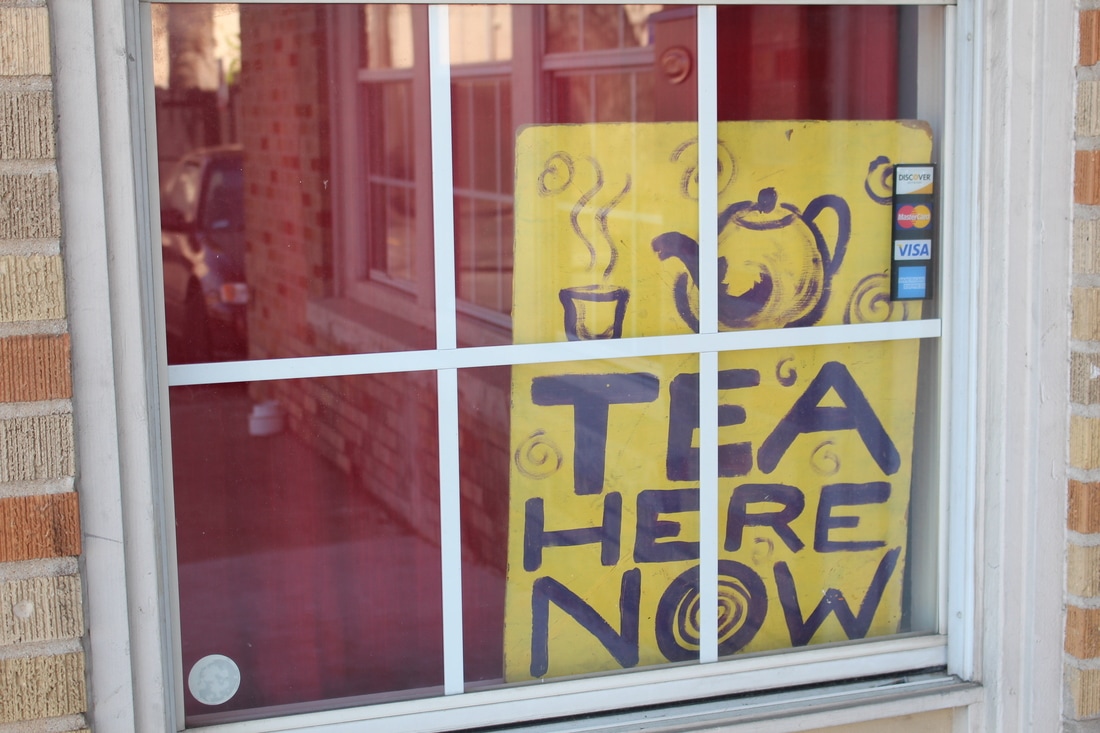 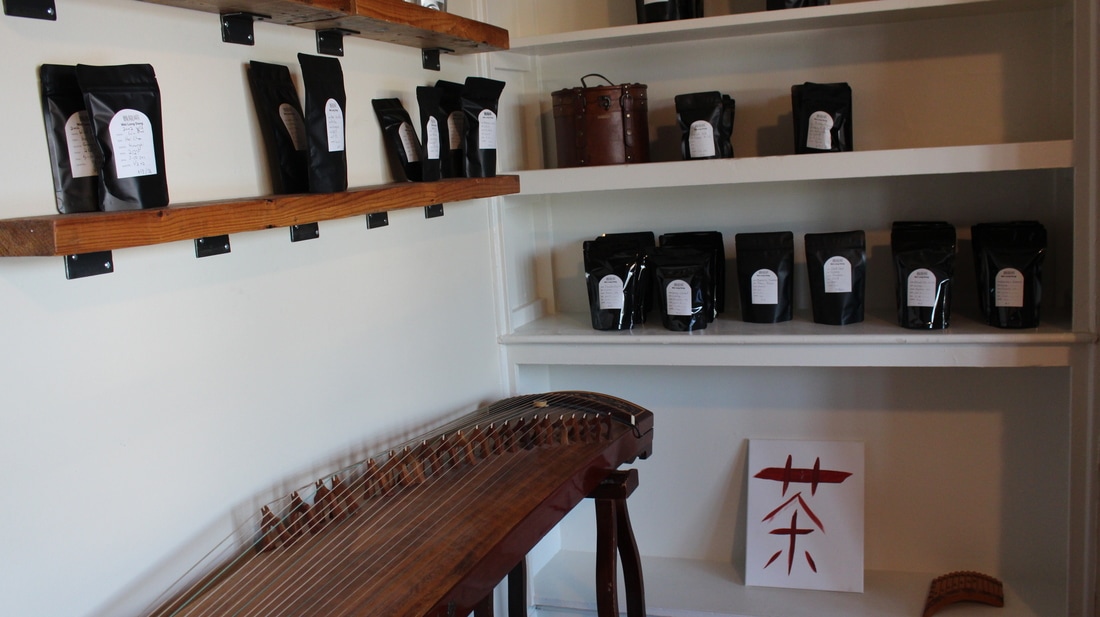 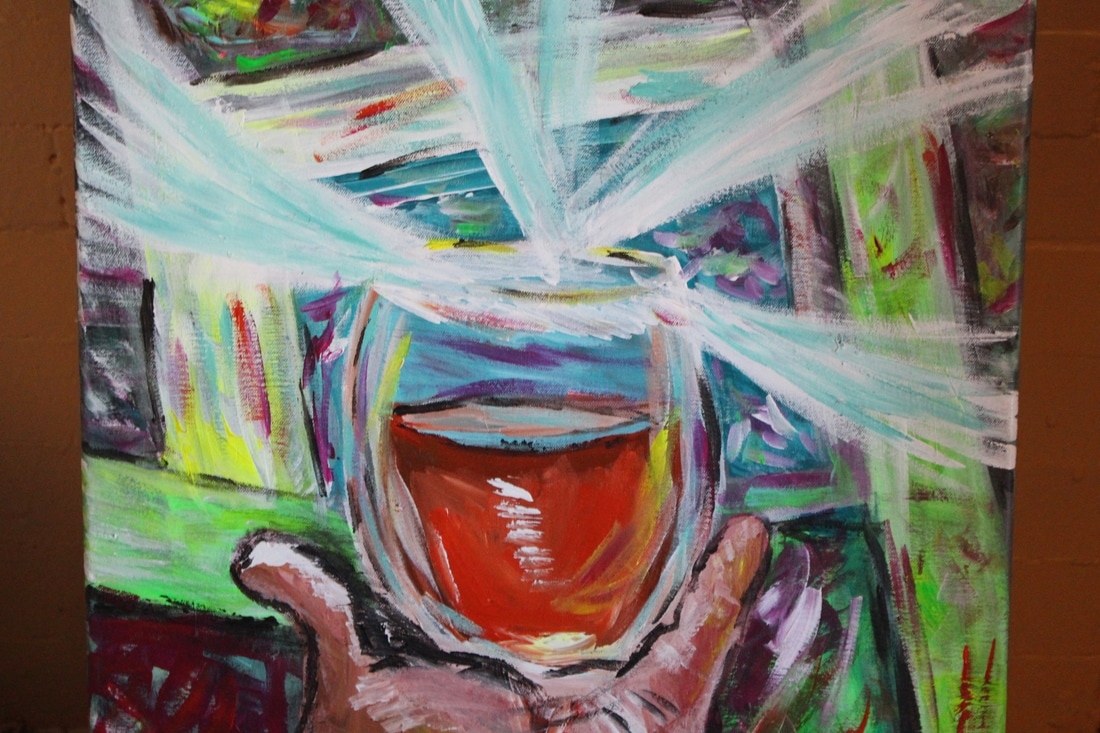 Painting of a hand holding a cup of tea // Mackenzie Palmer 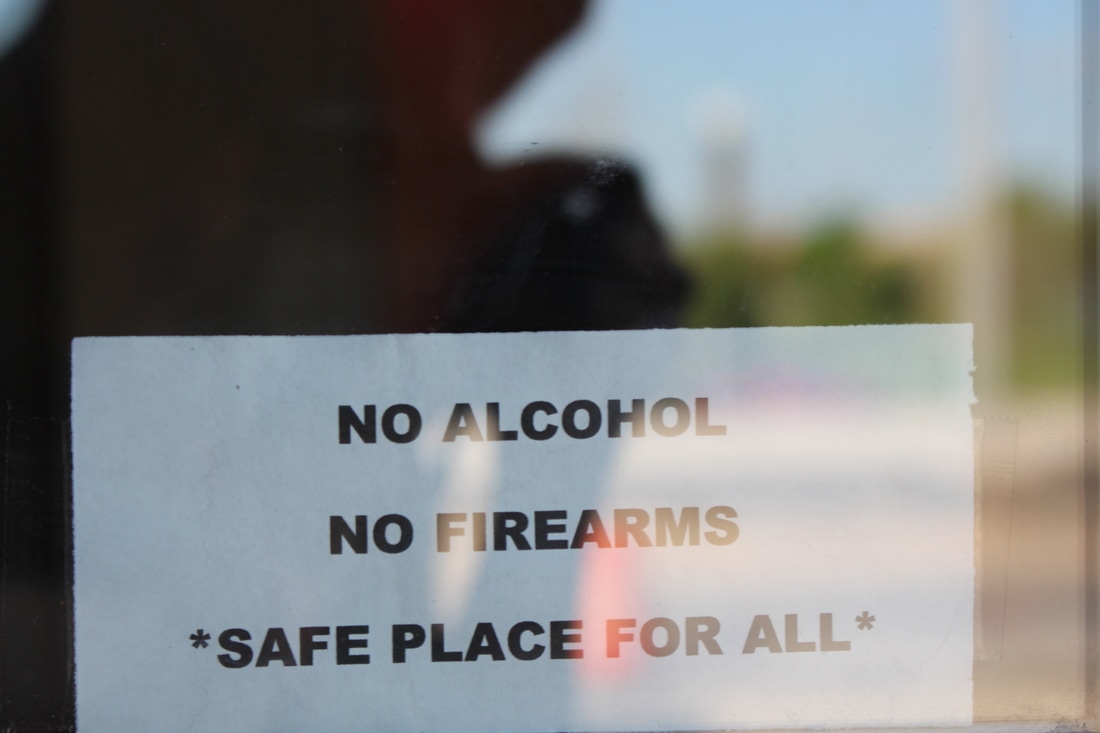 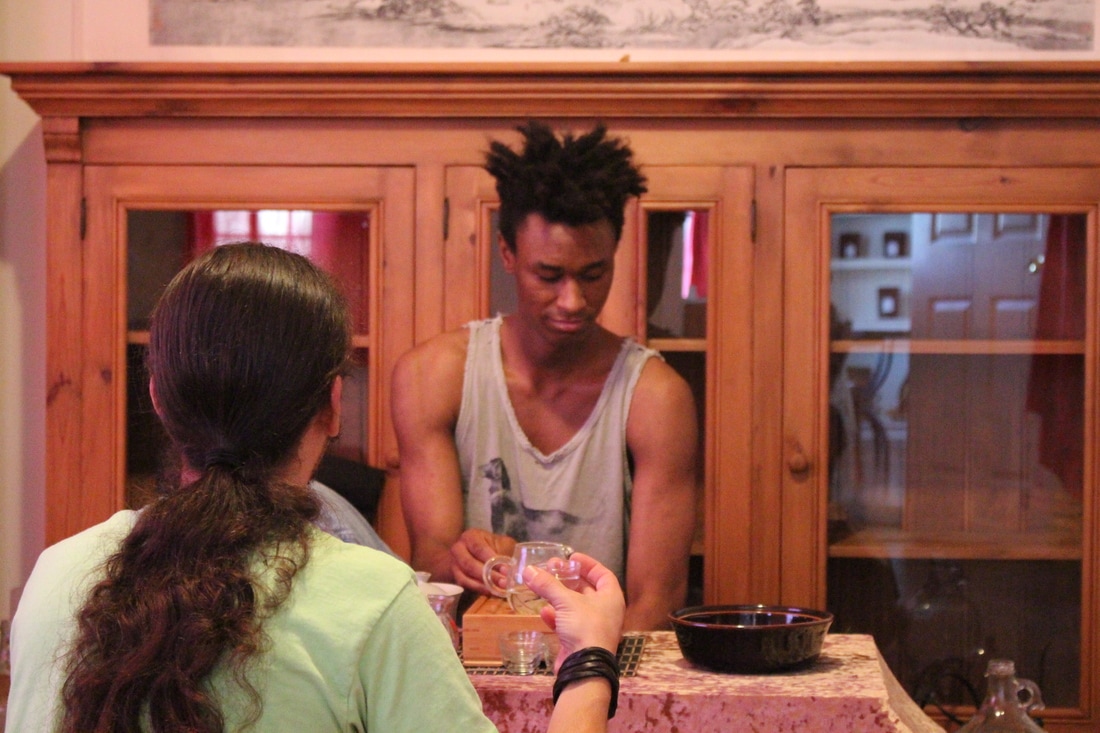 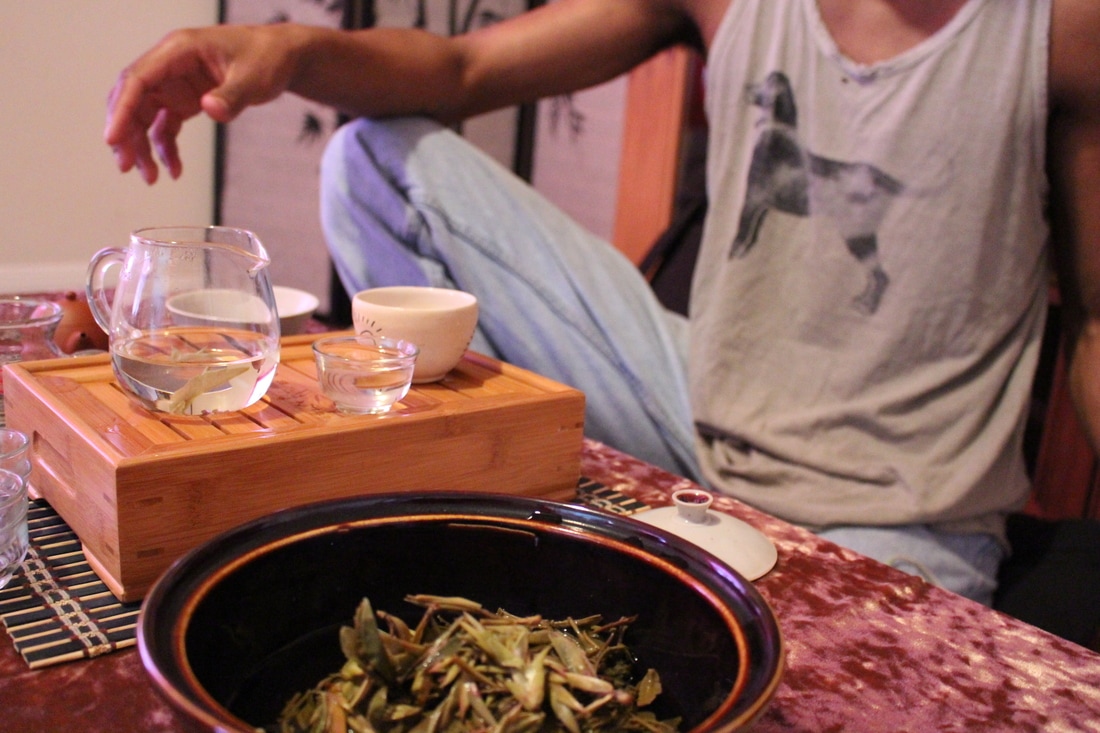 Wei Long Dong is home to over 130 teas all straight from mainland China, the birthplace of teas. These teas come directly from Chinese farmers where the recipe passed down from generation to generation.

“Our teahouse has the heirloom of tea plants,” Thoth said. “They are higher caliber leaves than you might find in a grocery store or even other tea shops in Austin.”

Tea is most notable in preventing cancer and triggering the neurotransmitter dopamine, which induces happiness, motivation, sexual potency, and sleep.

Co-owner Christopher Caballero owes his success of the Wei Long Dong to the Austin community’s immense support. The teahouse is willing to accommodate any of their tea drinkers and welcome all newcomers.

“We like to provide to everybody that would be interested in participating in our teahouse and the success of our business is ridden on that,” Caballero said.

The teahouse’s hours are everyday from 10 a.m. to 11 p.m. and offer three tastings everyday.