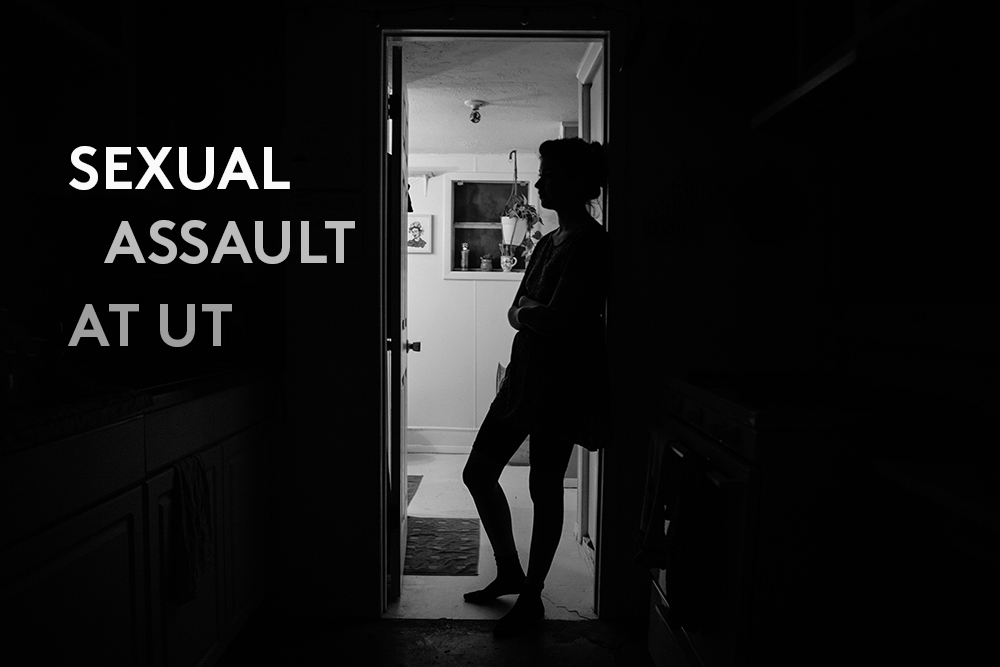 After Zoë was raped by her coworker, she went home to her empty apartment and cried for hours.

She felt confused. She didn’t think of the incident as rape until weeks later. She still doesn’t like to say the word aloud.

In the weeks following the incident, Zoë, who at the time was enrolled at the University of Texas at Austin, found herself calling UT’s crisis hotline.

I think I remember being like my room in my apartment and having a panic attack,”  Zoë said. “They were trying to talk to me, trying to calm me down and give me resources.”

With the hotline’s help, she scheduled an emergency meeting for the next day at UT’s Counseling and Mental Health Center. 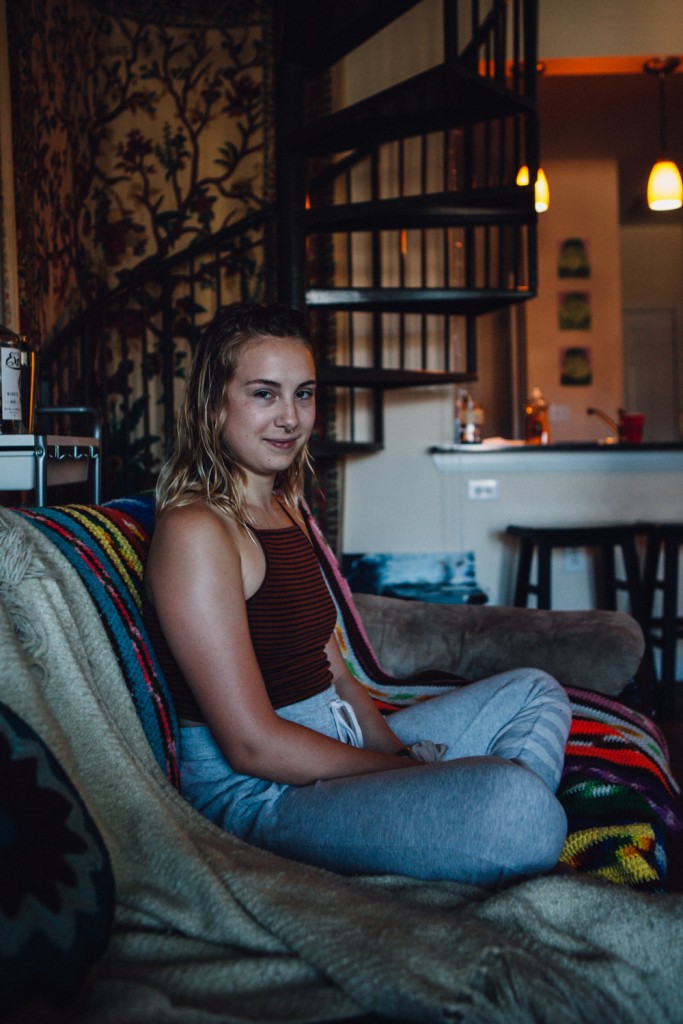 Third year neuroscience major Jackie Roth was friends with Haruka Weiser prior to Weiser’s disappearance and death in April of 2016. Weiser’s murder shocked the UT community and jump started discussions about campus safety. Jackie says that Weiser’s death was not a reflection of holes in the UT’s safety policies, but rather a rare event that is a result of wider systemic issues facing the community.

The counseling center is one of many small pieces that make up a great puzzle of prevention programs, counseling, advocacy services and reporting options at UT. In addition to asking why students often choose not to report incidents of sexual assault or rape, our reporting team set out to make sense of this puzzle and ask whether these programs are effective.

The lead researcher of the survey and many of the people interviewed for this article have stated the statistics provided by the report are unfortunately unsurprising. They are reflective of national data, both on college campuses and of the general population.

“UT is a microcosm of what’s happening around country, the world,” said Katy Redd, the associate director for prevention and outreach at the CMHC. “Gender based violence is all too common.”

The survey also says very few victims — 6 percent — disclosed incidents to someone involved with the university. Of the 32 percent of victims who said they told someone about the incident prior to taking the survey, 4 percent reported to the CMHC. Just one percent reported to the University of Texas at Austin Police Department.

“I think there’s a whole host of reasons [for non-reporting],” Redd said.

Breall Baccus is a Title IX prevention coordinator and confidential advocate at UT. She said students may feel hesitant to come forward “because they don’t know what the next steps would be.”

“They might also not realize what happened to them was assault,” Baccus said. 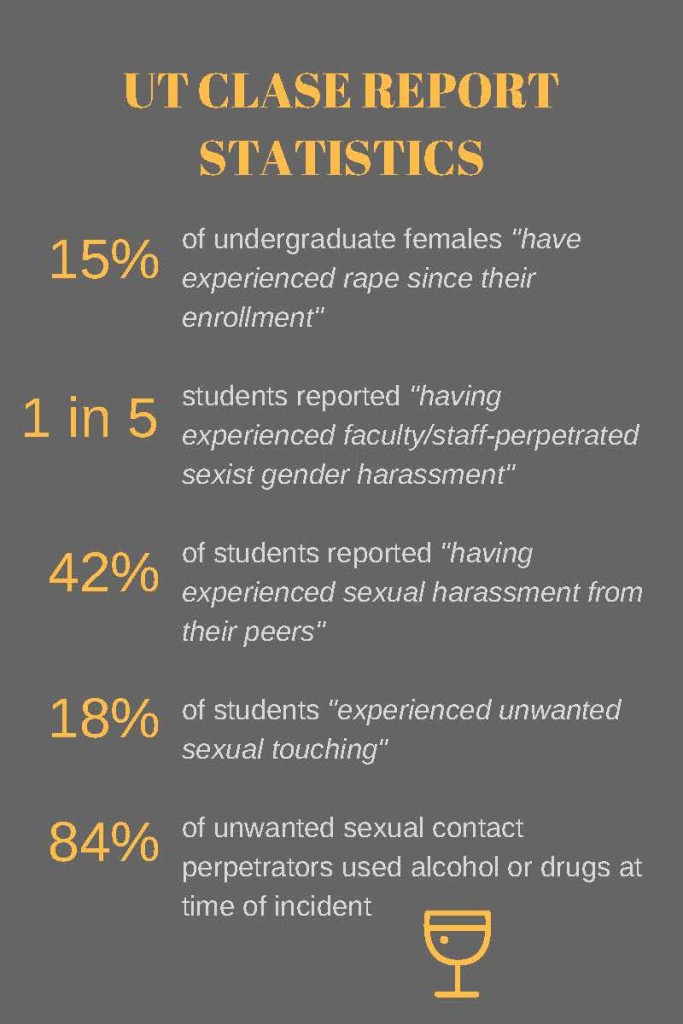 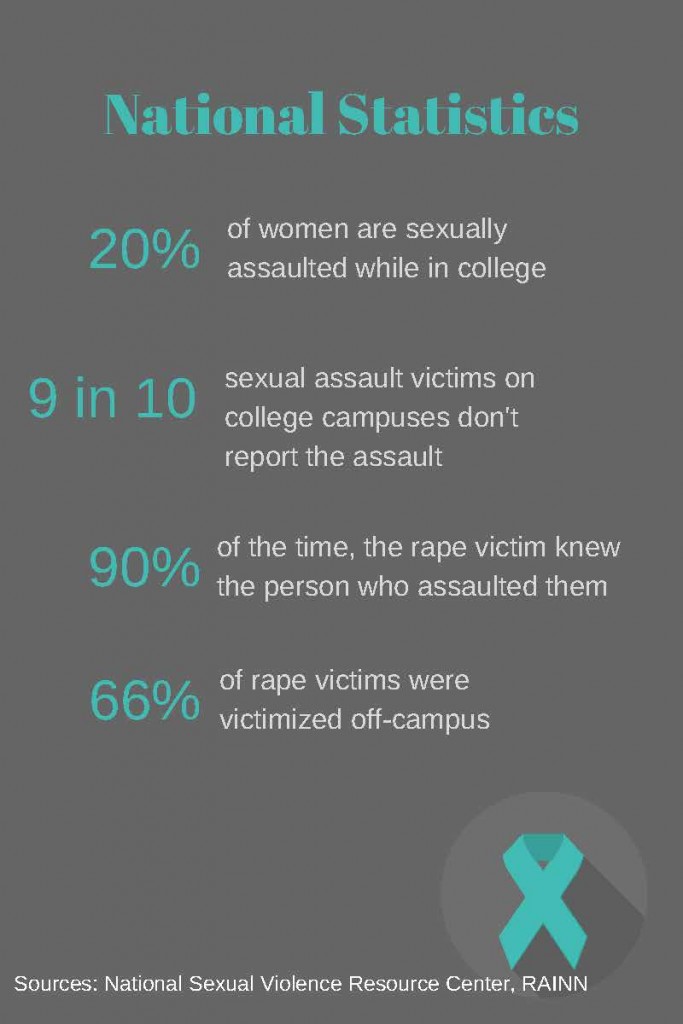 The university hired Baccus in January to fill a gap in the Title IX office. By law, the university must comply with Title IX, which “prohibits sex discrimination in education,” according to UT’s Title IX information page. Unlike other members of UT’s compliance team, Baccus is not required by law to open incidents for investigation. When students come to her to disclose an incident, Baccus can explain their options, which could include filing an official report depending on how the student chooses to go forward.

The university amped up security and sexual assault prevention efforts following the on-campus sexual assault and killing of freshman Haruka Weiser last spring. In addition to increasing police presence, the university’s Be Safe campaign has used social media and student art to promote safety messages such as walking in well lit areas and not walking alone.

“It’s just a softer way of addressing things that are going on in campus and the way to increase their safety,” said UTPD Sgt. Samantha Stanford.

Stanford’s hire, like Baccus’s, was in part to address issues of interpersonal violence on campus. As a detective, she has received specialized training to help victims of sexual assault or rape. UTPD also offers free self-defense courses for women upon request, and Stanford said the department is looking into holding separate self-defense classes for men.

UTPD’s jurisdiction ends beyond the campus borders, and Stanford said that incidents in a private residence or in West Campus might be transferred to the Austin Police Department. Stanford also said sometimes the legal definition of sexual harassment or sexual assault differs from what the university or community may use. Despite these limitations, Stanford said she is available to meet with students to answer questions or explain the legal process.

“We’re trying to… brainstorm on how we can make the process a little bit easier for victims of sexual assault to come forward and feel comfortable with reporting to us,” Stanford said.

“I think that every student should have a right to feel safe and get the education that they want to get,” Breall said, “and not have a traumatic experience get in the way of that.”