UT Law: Rising in the Ranks

It’s been a long-held status symbol in the law school community to rank as one of the top 14 legal education institutions in the nation – a feat the University of Texas Law School has managed to accomplish, beating out Georgetown Law in the latest U.S. News & World Report’s ranking for 2018.

“The UT Law school has always been, at least in the time I’ve been here, thought to be in the top group of national law schools. I think that’s true whether it’s 16th or 14th,” said former UT president Bill Powers, who now works as a professor at the law school. He views the U.S. News rankings as important to certain key demographics – such as potential students or employers. In the long-run, however, Powers feels the significance of rankings has ultimately been overblown.

“I think frankly; we’d be better off without them,” said Powers. “If rankings are taken with not just a grain of salt, but a lot of salt, they can be helpful. One of the problems is that they’re very often based on statistical numbers.”

The arbitrary nature of U.S. News’ methodology, which includes assessments from law school deans, judges and other legal officials, in addition to median LSAT scores, GPAs, selectivity, and expenditures per student, can sometimes be overly mechanical, according to Powers.

An additional distinctive characteristic of the law school is its low cost relative to similarly ranked institutions, coming in at $33,995 per year as opposed to number 13, Cornell University, which charges $61,485 a year. Powers said this is a significant factor in the U.S. News ranking methodology, making UT rank lower than its counterparts. Instead of viewing this financial discreetness as a drawback, he sees it as a testament to the University’s ability to outperform schools that possess vast amounts of resources.

“University of Texas tends to do poorly on the per-student expenditure, or per student financial support,” Powers said. “You know, the law school tuition isn’t free, but it’s a lot below the other top 20 schools, at least for in-state students, and that’s something we’re proud of.”

Nonetheless, this wasn’t the first time UT Law had crept into the exclusive cadre of Ivy League law schools, tying for 14th in 2012 with Georgetown. For some students, including English major Anne Jensen, the symbolism of the T-14 ranking has taken a positive turn, with UT Law being the first public school to outrank a top Ivy.

“I think rankings are very important because…people want to hire from certain schools,” said Jensen, who plans on attending UT Law this Fall. “I think that was a nice assurance to know that I don’t have to be in the top 10 percent of my class because I went to a better school; I would still be hired.”

Out of 362 students graduating in 2016, 80 percent obtained employment that required passing the bar exam, supporting the sense of confidence Jensen places in UT’s ability to increase her chances of finding a job. 68 percent of law school graduates remained in Texas, with the rest pursuing careers in New York and California. Jensen believes this strong Texas connection may inhibit UT Law from achieving the same level of notoriety as its Ivy League counterparts, although reaching this status may not be the law school’s goal after all.

“Some people think it’s a national school and its taught more theoretically like a national school, but if I wanted to practice out of state, UT would not be my best option because ultimately, it’s pretty regional,” Jensen said. “Part of that is just being a public school and the amount of people from Texas who want to stay in Texas, so they just don’t place people out of Texas the way other schools of their ranking do.” 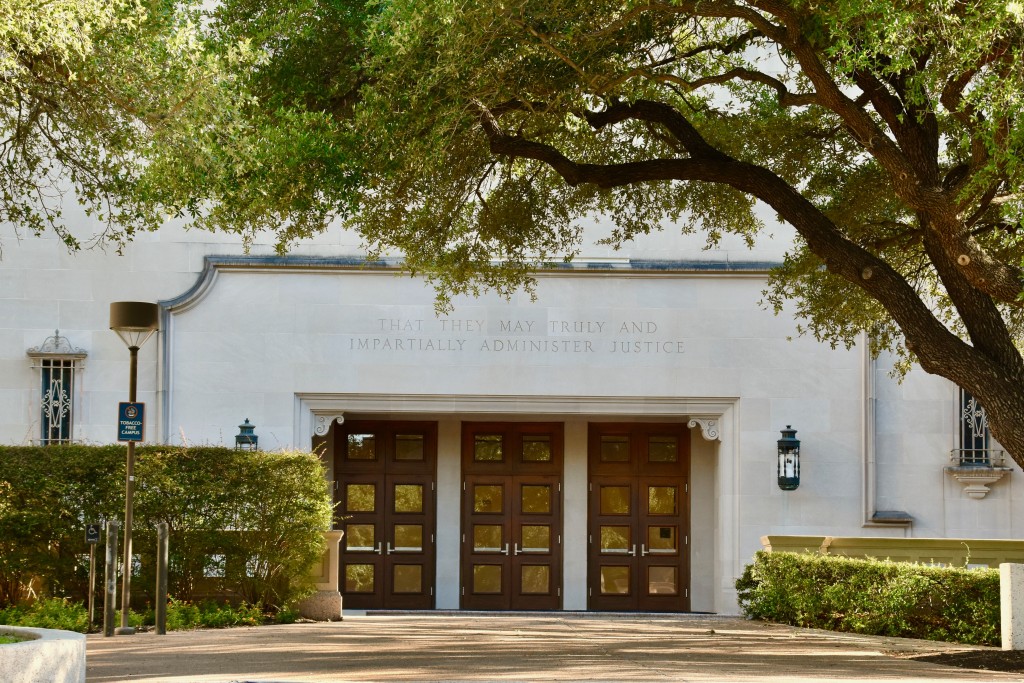 As per the U.S. News and World Report rankings of law schools for 2018, Texas Law has beat out Georgetown for no. 14. 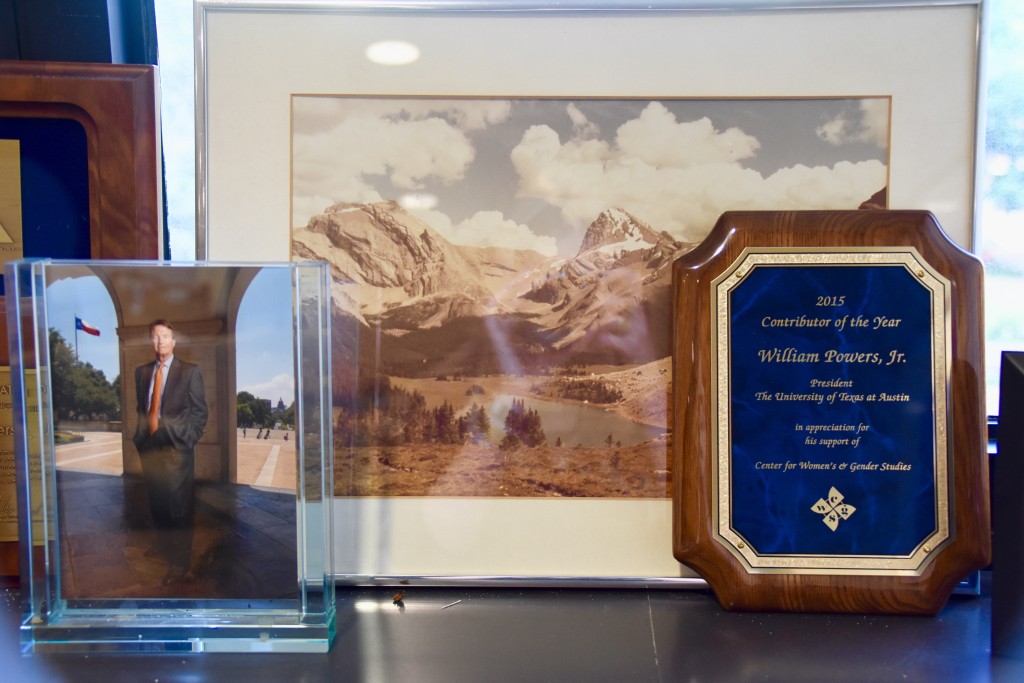 Powers first came to the University of Texas as a law professor, then dean of the law school. After that, he took his turn as the longest serving UT president, and now has returned to teaching both in the law school and in the undergraduate school. 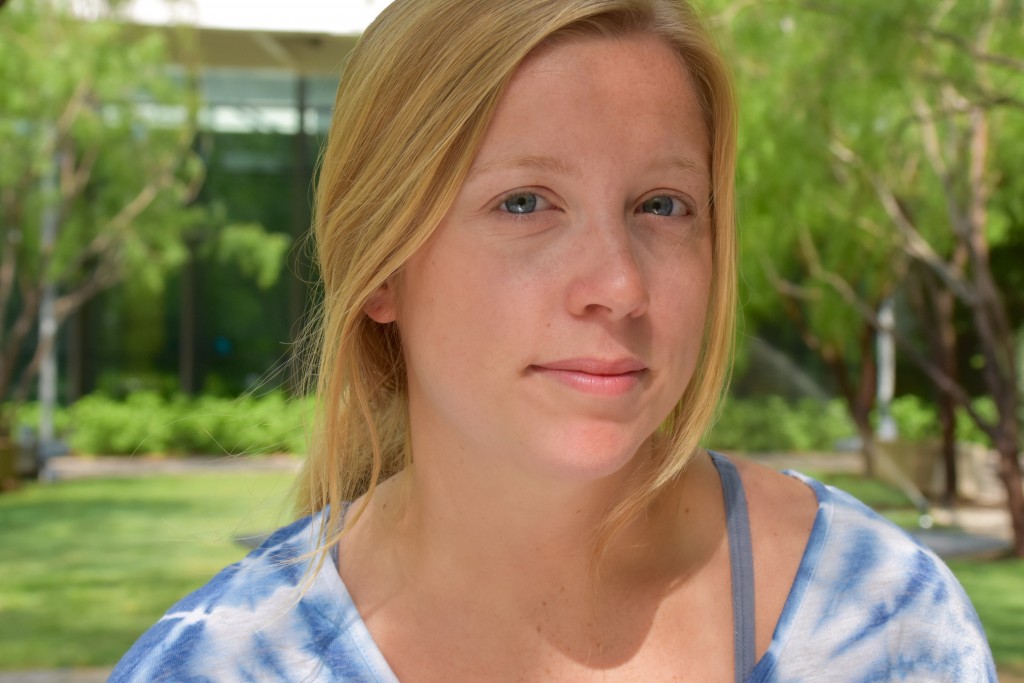 Anne Jensen, a senior at UT, chose Texas Law over Duke and NYU because of its affordability and job opportunities within the state. 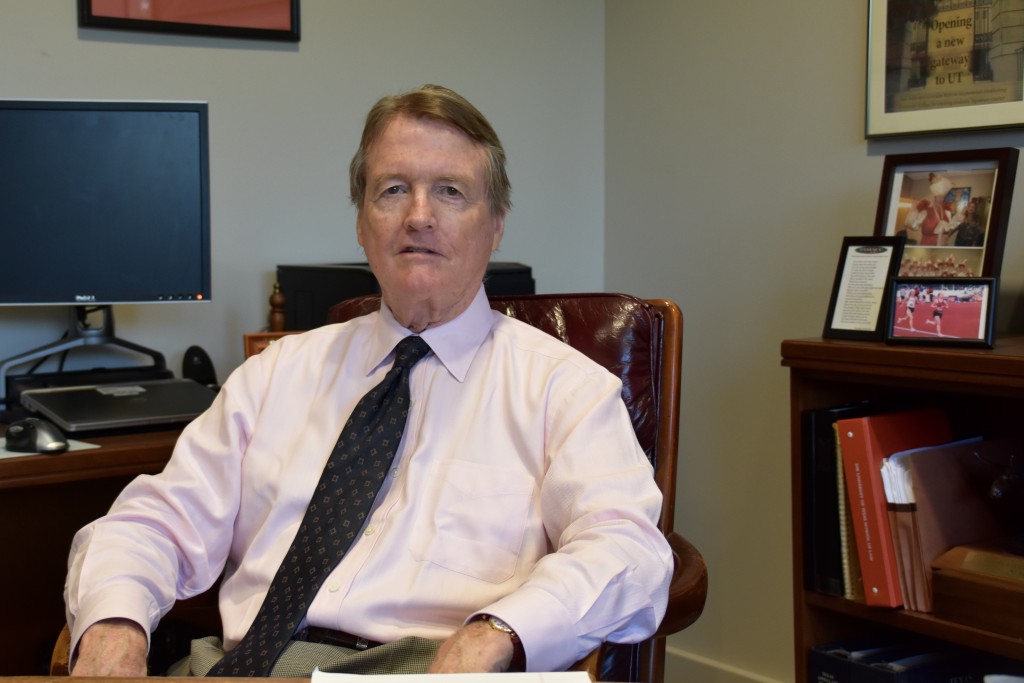 Former UT President and current law professor Bill Powers believes that while rankings are important, they should not be the main focus of the admissions staff.

Yoruba Day: A Celebration of Culture and Language 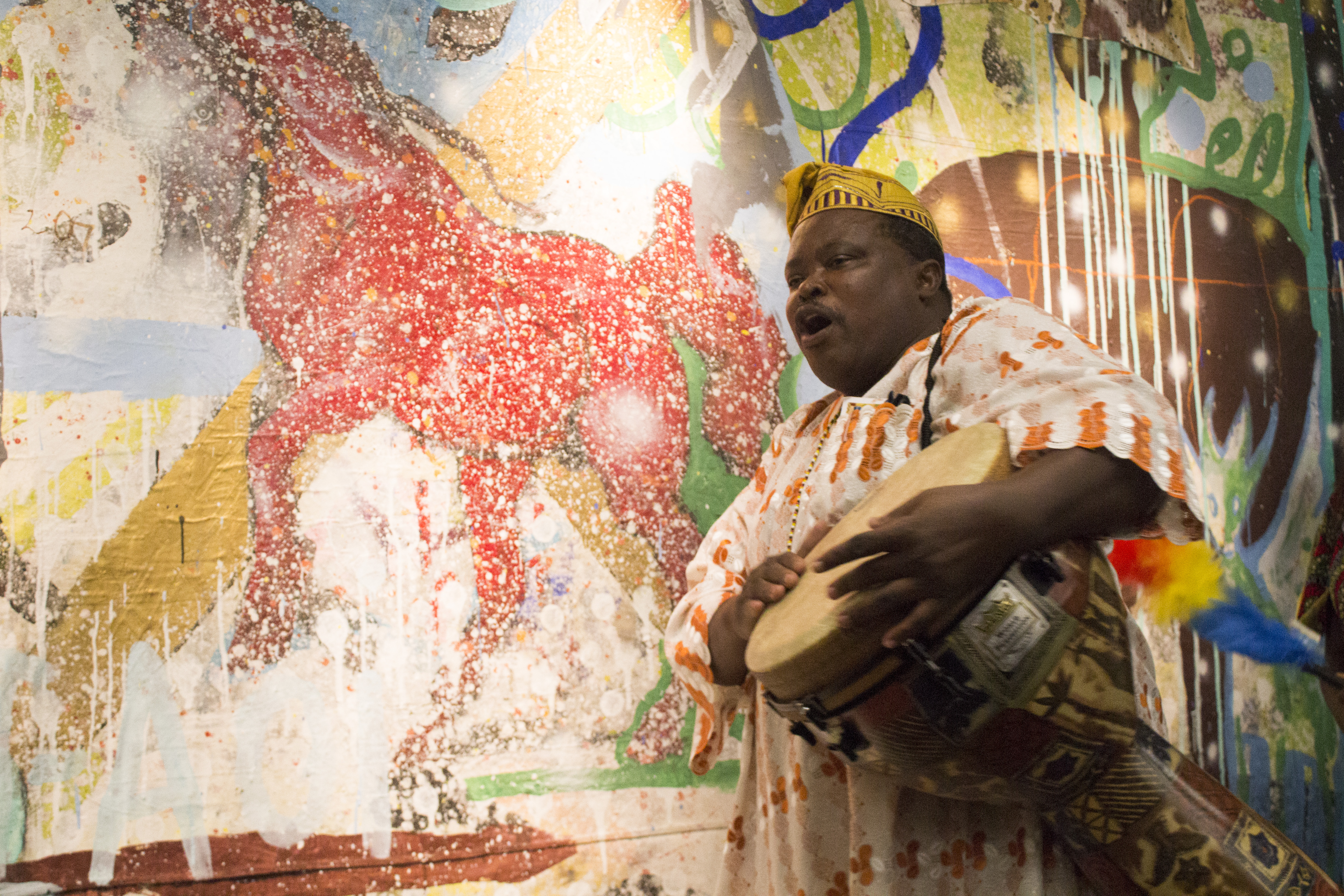 Yoruba Day
Professor Omoniyi Afolabi plays the drums as he escorts his students to the stage. 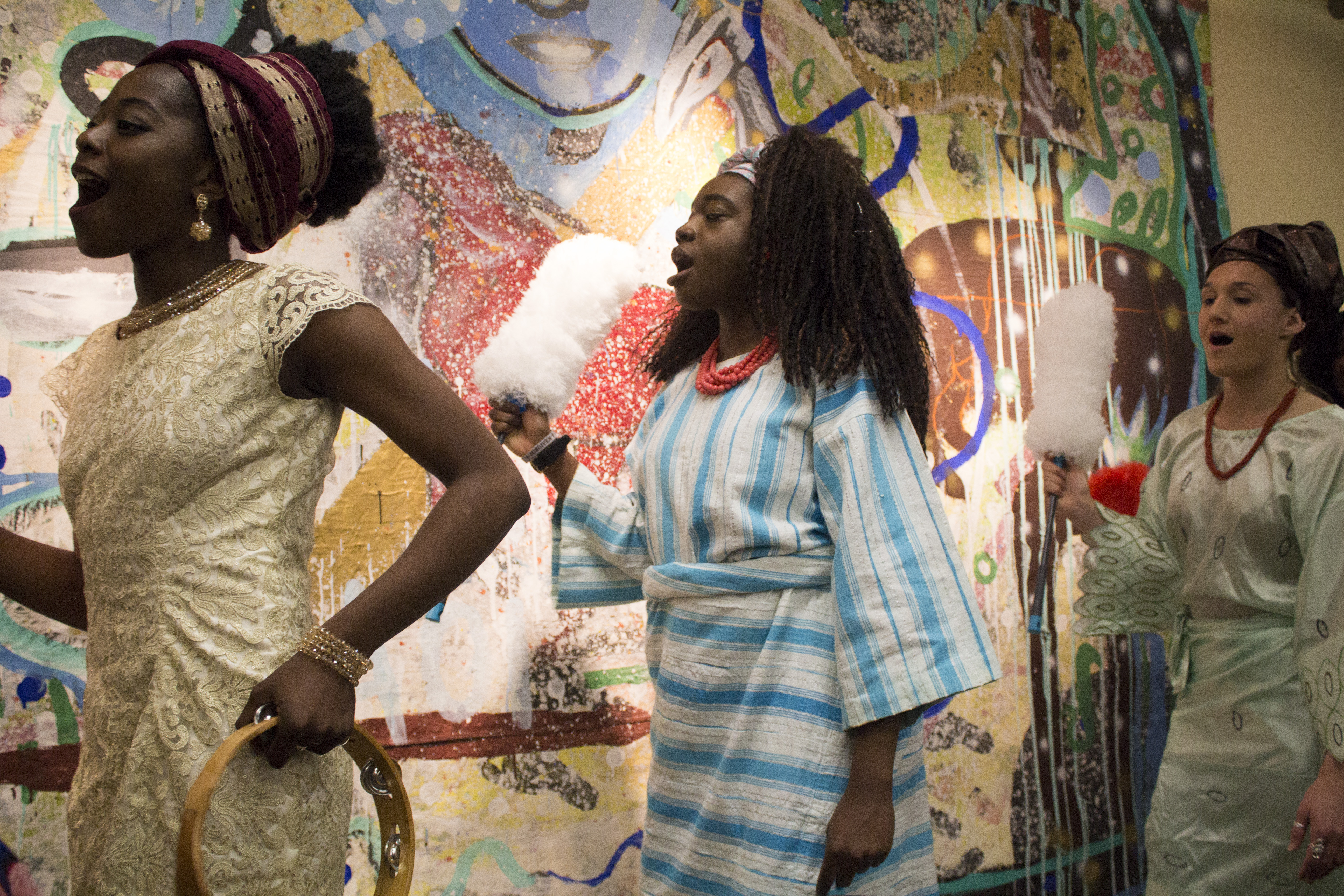 Yoruba Day
Students enter the stage behind Professor Omoniyi Afolabi, singing along to his drum beats. 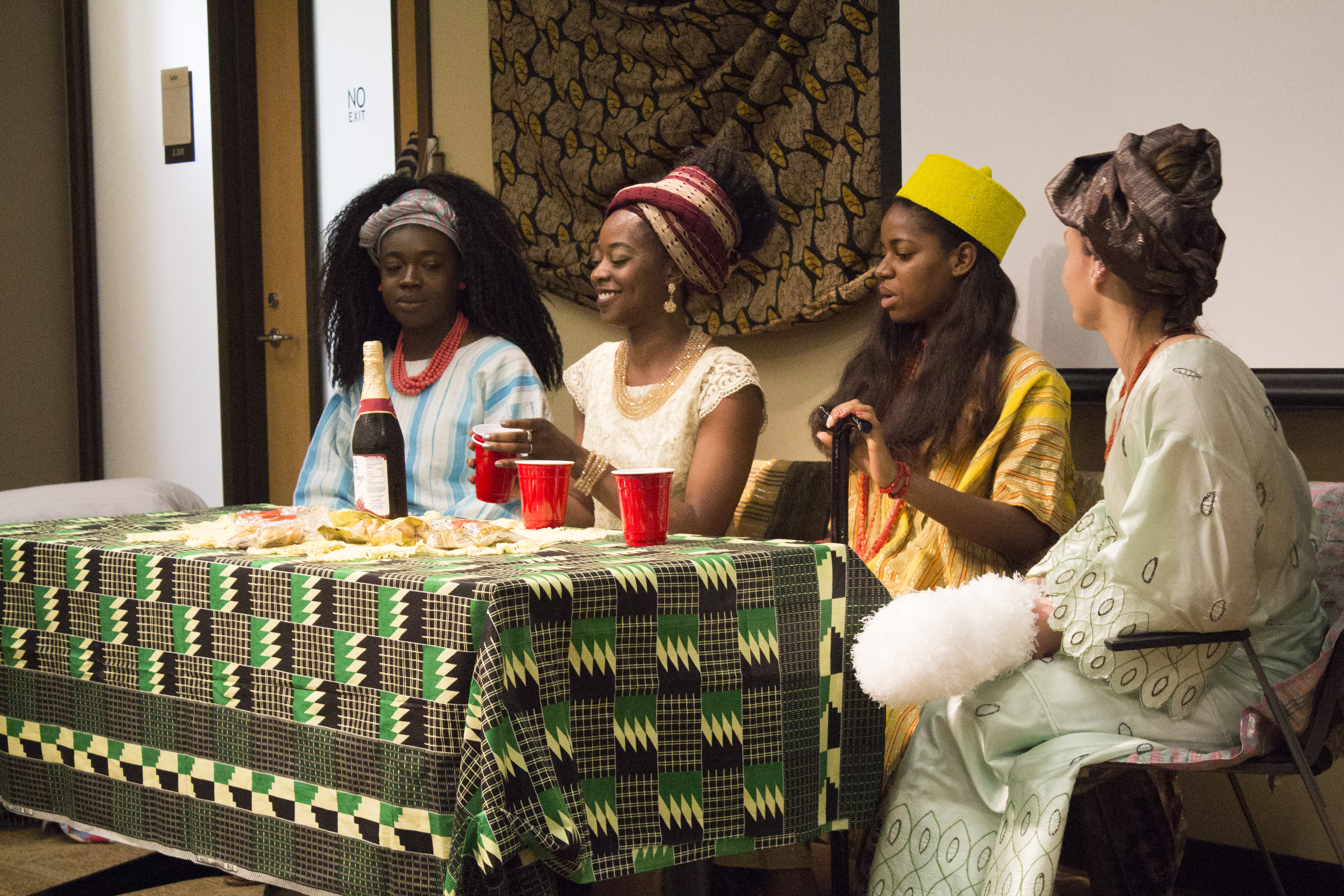 Yoruba Day
Students perform in a Nigerian play from the 1970s. 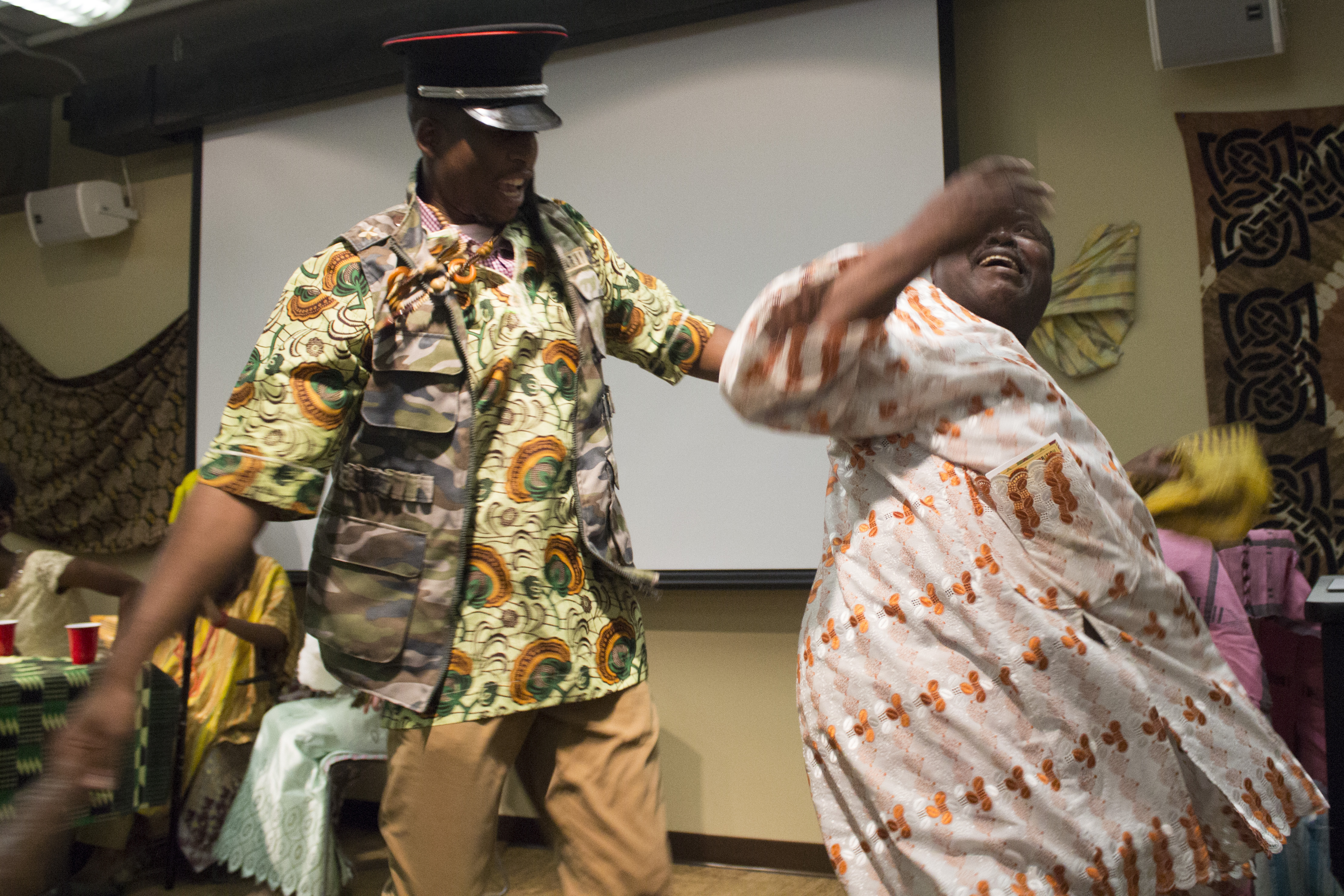 Yoruba Day
Professor Omoniyi Afolabi and one of his students perform in a Nigerian play from the 1970s. 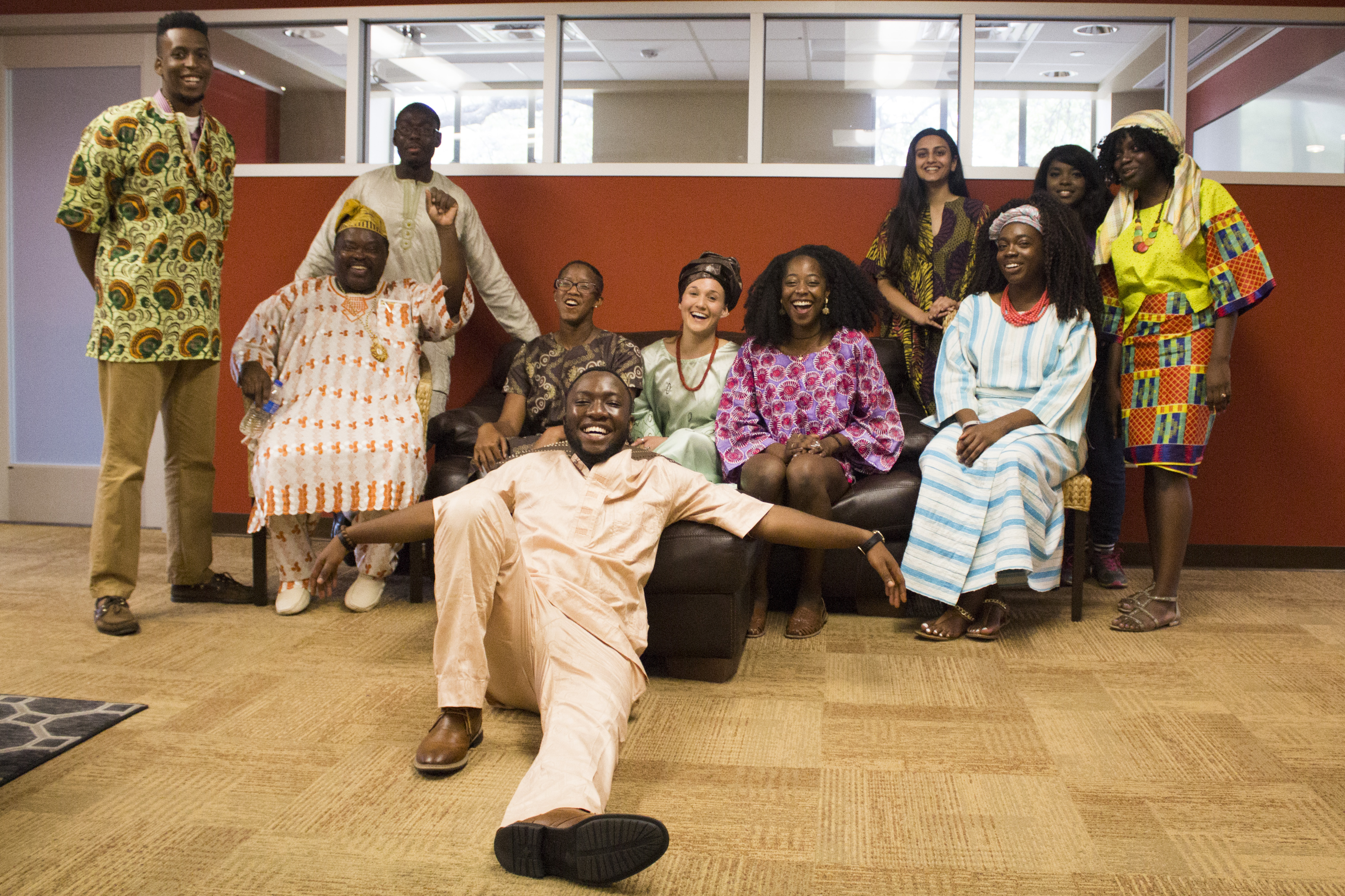 The University of Texas at Austin’s 12th Yoruba Day celebration was held on April 21st, spreading awareness about a culture that is unknown to many but has become very important to a group of UT students.

Professor Omoniyi Afolabi’s Intermediate Yoruba class teaches students from various backgrounds the Yoruba culture and language, which is spoken by over 30 million people in the world, predominantly in Western Africa and Nigeria. At the Yoruba Day celebration, Afolabi’s class performed a 20-minute play speaking solely the Yoruba language in a performance that served as the class’s final exam.

“The best way to teach a language is to have opportunities to apply it,” Afolabi said. The class’s memorized performance in front of an audience of about 50 people supplied this opportunity.

“There is a lot that is lost when all you’re doing is grammar and homework and exercises,” Afolabi said. “But when students are in a situation where they actually have to apply the language, they feel freer. They feel… that the language is alive.”

The approximately 15 students in Afolabi’s class have a variety of different reasons for choosing to learn Yoruba. Christianah Ogunleye, a senior biochemistry major, was born in Nigeria, and while she has been exposed to the language from her family for her whole life, she lost the ability to speak it when she moved to America at two years old.

“I figured now that I’m in college this was the time,” Ogunleye said. “It was kind of a decision to come back to my roots and learn about myself as a person and be able to communicate with my family members that I hadn’t seen in years.”

Ogunleye said that the Yoruba Day celebration is a fun and exciting way to introduce the culture to people who have never experienced it before.

“My favorite part of the culture is the dancing and the singing,” she said. “I think that the artistic culture of dancing and singing is very deeply embedded in the culture, and I love it so much.”

Ogunleye has noticed a significant emergence of Yoruba culture in American pop culture in the past two years. Artists like Beyoncé and Drake have used aspects of the culture in their recent work.

“Globally, hip hop is becoming very influenced by African beats, and Nigeria as a whole is… for African music, it’s a big hub for it,” Ogunleye said.

Rebecca Williams, a freshman Radio Television and Film major taking the Intermediate Yoruba class, has also noticed Yoruba’s recent prevalence in pop culture. Because of her experience learning about the culture, she was able to explain to her friends that Beyoncé was depicting the Yoruba deity Oshun in her recent Grammy Awards performance.

Williams said that performances such as Beyoncé’s could lead to more young people digging deeper and learning about the Yoruba culture, spreading the culture to a wide audience across the world.

While Ogunleye took the Intermediate Yoruba course to get back to her roots, Williams made the decision to take the class with an eye toward the future. She said that she plans to learn other African languages in her time at UT to aid her potential career as a documentary film maker with an African focus.

“For my career, I plan to travel abroad,” Williams said. “I know the language already, so I can use that. It won’t be a language barrier.”

Whatever reason the students have for learning Yoruba, their actions have already helped increase awareness to the culture and draw more people to the UT Yoruba community.

Since he arrived in 2009, professor Afolabi said that he has seen the Yoruba Day celebration change a great deal. He said that it is now much more of a communal experience, with several elders from the Yoruba culture attending last month’s celebration.

As his students use what they have learned about the culture to enhance their careers or develop their own spirituality, perhaps they will prove their professor right by returning to Yoruba Day celebrations decades down the road.