Austin now has the fastest-growing food truck industry in the United States, with over a 600% growth in food trucks since 2010, according to a report from the Economist.

With nearly 4 food trucks per 100,000 people in Austin, the novelty of these mobile eateries seems to be vanishing. With this abundance of food trucks in Austin, food truck owners like Ed Hambleton of Texas Chili Queens are bringing a unique spin to their businesses as they try and stand out in a saturated Austin market.

Ed Hambleton is the owner of Texas Chili Queens food truck, but his drag queen persona Edie Eclat runs the day-to-day operations. This involves interacting with customers, cooking the food, and serving up innuendos. 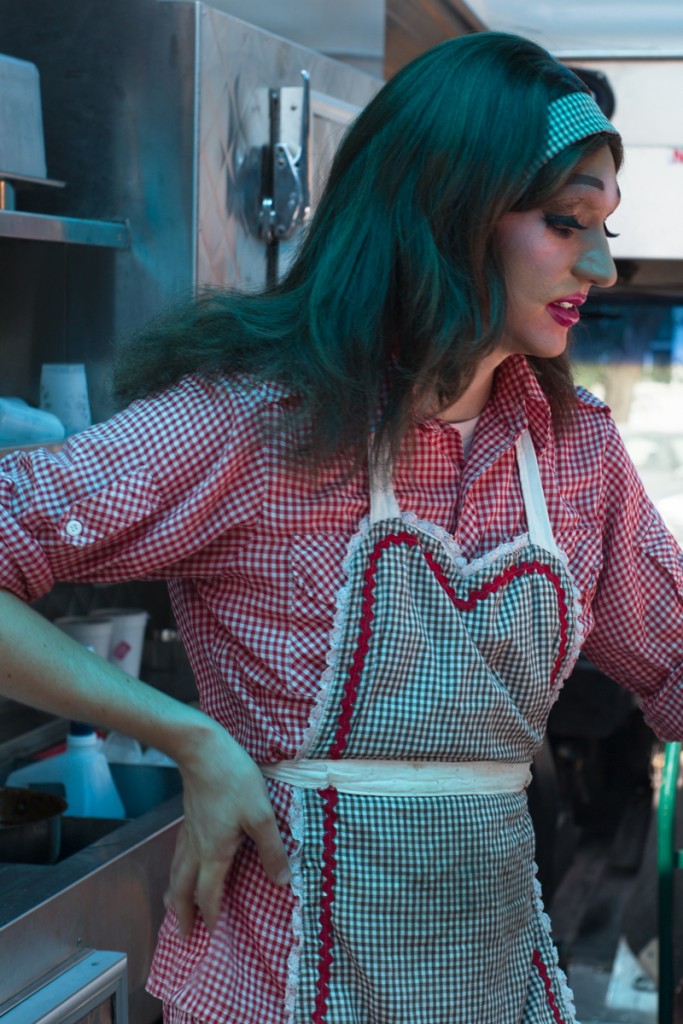 Edie Eclat working in the truck. By: David Lopez

“I am not attacking anyone, I am not making fun of anyone, the drag queen does not harass you, but just lightly plays with you,” Ed said. “It just allows people to spice up their day, both figuratively and literally.”

Ed said he incorporates this twist into his food truck because it is good for business. He believes a key to success in this market is to get people excited about more than just the food.

“This makes it more memorable and generates buzz, traction and interest,” Ed said. “People will remember you based on the experience they had, and we definitely give people a memorable experience.”

Ed chose to serve a food that he believed was “lacking in the culinary landscape of Austin.”

“A lot of the food trucks in Austin have forgotten we are in Texas,” Ed said. “I get it, Austin loves to be healthy, but we need to go back to Texas roots.”

Ed also believes serving exclusively chili gives his food truck an advantage over others in Austin.

“It is the perfect food for a food truck,” Ed said. “One of the geniuses of it is that the chili is already made, and wait times are super low.”

Ed wants to eventually grow out of his food truck and enter into a brick and mortar establishment. He also believes that his restaurant could expand to other places as well.

“Since Texas is such a culturally distinct thing in the U.S. and the world, this could have global appeal,” Ed said. “You may see a Texas Chili Queens restaurant in Berlin, Tokyo, or Tel Aviv.”

“The glory days are over and the novelty of the food trucks are starting to wane,” Ed said.

“I think food trucks will continue to roll into town,” Ed said. “But they won’t have the same cachet as they once had.”

In 2016, 61 Austin restaurants, bars, and food trucks closed their doors, according to Eater Austin. While many food trucks in Austin have been forced to shut down, others have been able to sustain their success despite the increased competition.

UT alumni Edward Sumner and his lifelong friend Bernard Goal opened The Don Japanese food truck in the summer of 2015.

Despite struggling at the beginning, Don’s became very popular among UT students and frequently had a lengthy line and would run out of food. Last April, due to the restaurant’s popularity, the restaurant upgraded to a brick and mortar facility.

Co-owner Bernard Goal does not believe that a twist is necessary for food trucks in Austin to be successful. He believes the key to success in the food truck business depends on three important principles: product, service, and economics.

“You must have a good product, provide good service to your customers, and do so at a price that appeals to them and at a cost that is sustainable for you,” Goal said.

“Excelling in all of these will help a food truck stand out from the others in Austin.” 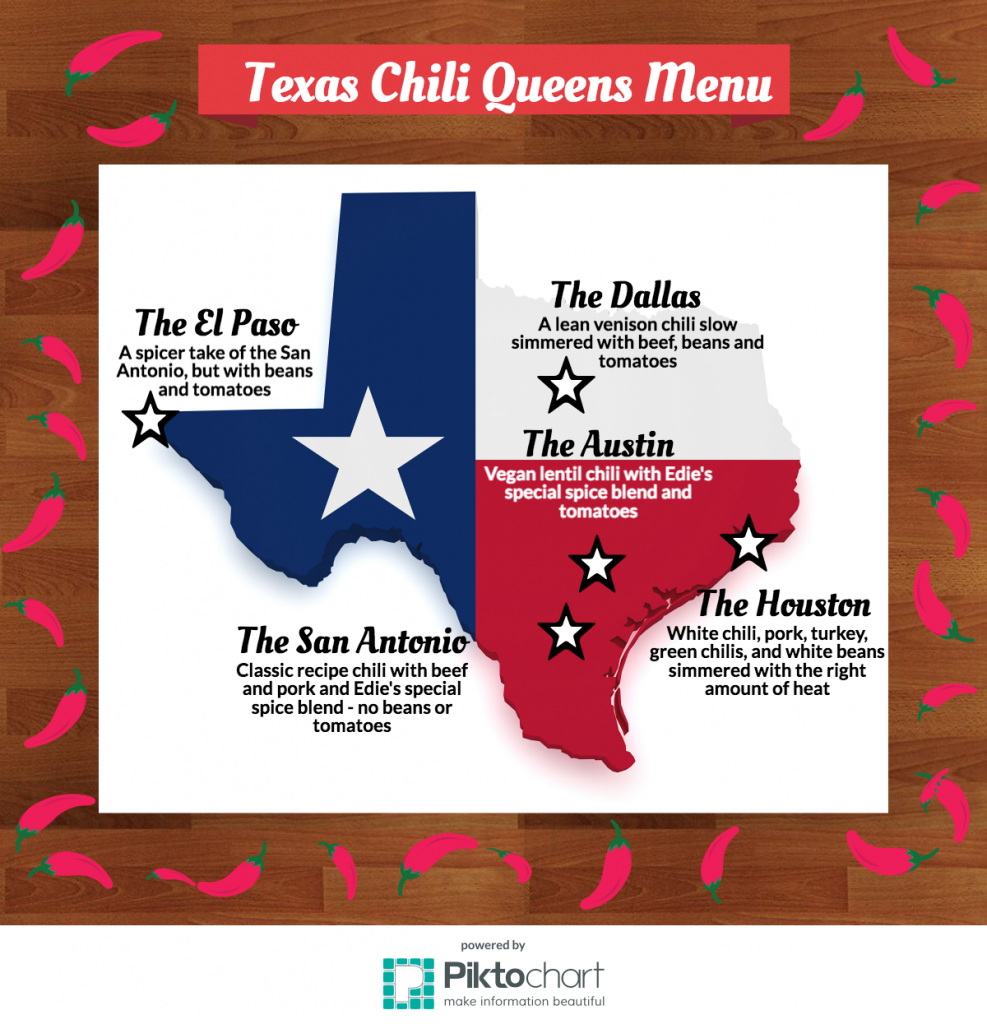 The Texas Chili Queens food truck offers five menu items. All inspired by these 5 cities in the state of Texas.