Photo and video by Anne Jorgenson 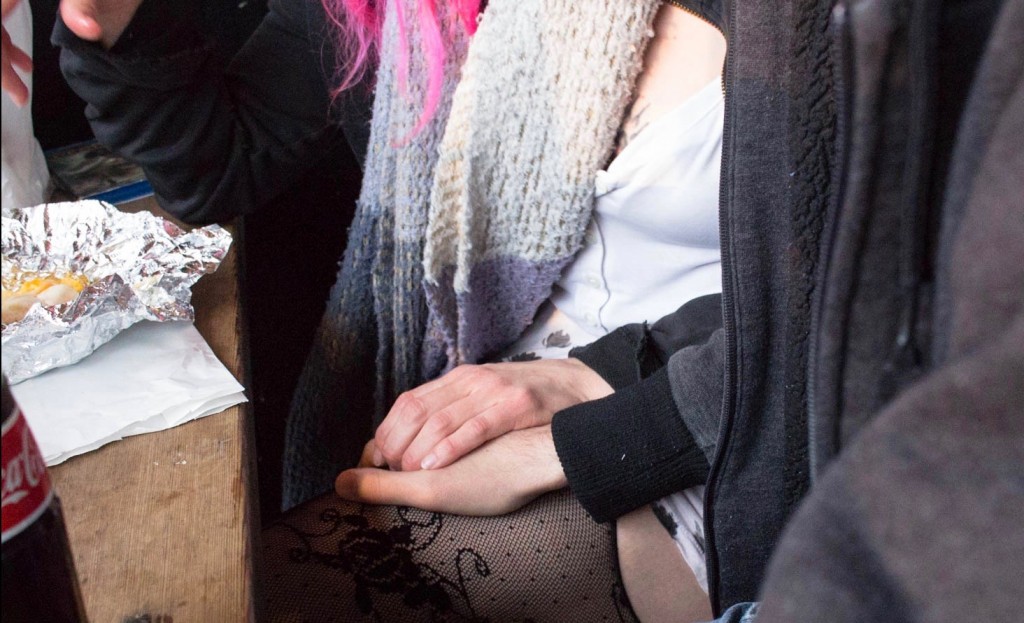 We live in an era of instant gratification. Delivery drones, online shopping and the ability to communicate across miles in moments have changed the way people live their lives. In 2018, there is an app for just about everything—even love.

Online dating is nothing new. The first dating service, Operation Match, was created in the 1960s by a group of Harvard students. It was reportedly used by a million daters worldwide throughout the decade, and used a simple paper questionnaire fed through the massive system to find matches. Even before Operation Match, lonely folks seeking companionship could put out personal ads or find a pen-pal to correspond with. People have always found ways to connect with one another, so what makes dating apps like Tinder or Grindr any different from what has come before? 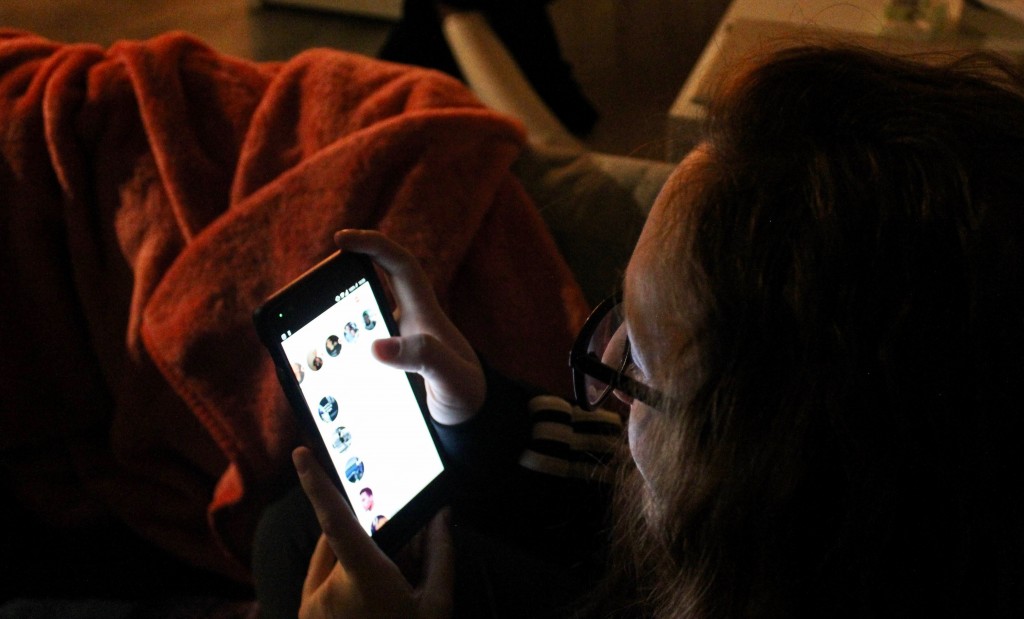 According to Mark Regnerus, a sociology professor at the University of Texas at Austin, the main thing that online dating apps have changed is the number and availability of options.

“It looks like what it does is it makes the search for somebody more efficient, but what it also does is kind of dehumanizes people in some ways,” Regnerus said.

His criticism is not unfounded. Tinder connects users by considering two essential factors—the rational and the emotional. The rational matches users based on age and geographical distance, and the emotional matches them based on appearance and requited interest. The basic setup of “swipe right if you like what you see” has led to wide criticism of Tinder’s focus on appearance.

“The fundamental underlying logic to it is probably not reformable, in some ways. I mean you really are reducing the person to a set of knowable traits and then making a judgement about whether you might fit with them or not,” Regnerus said.

Regnerus has been examining relationships for years now. His books, Premarital Sex in America: How Young Americans Meet, Mate and Think about Marrying and Cheap Sex and the Transformation of Men, Marriage and Monogamy examine the world of dating and how it has changed due to the influence of technology on “sex and sexuality”. In his research he has found that though many people meet using these technological shortcuts, it is still more common for young people to meet face to face. Bars, school and work still provide plenty of opportunities to meet potential partners. 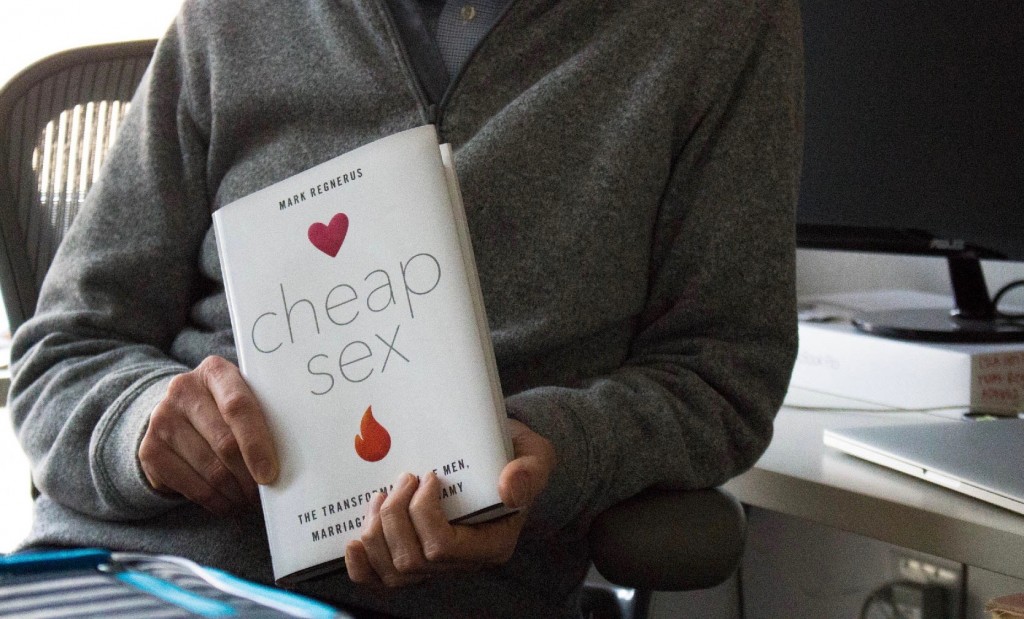 We aren’t the first to shine a spotlight on the rising importance of apps in interpersonal relationships. The way this industry has changed how people meet and communicate has been the focus of several studies. A 2015 book by Aziz Ansari titled Modern Romance dug through blogs, books and pages of data to draw conclusions about what dating looks like in the modern age. Ansari wanted to answer the same question: is the rise of online dating helping or hurting romance?

There are many who claim that online dating is has led to a decline in monogamous relationships, but studies show that this is just not true. A 2017 New York Times report found that more people than ever are entering committed relationships thanks to Tinder and similar dating apps.

They spoke to Jessica Carbino, Tinder’s on-site sociologist, who said findings from a recent study indicate that Tinder users are more likely to be looking for a committed relationship than offline daters. 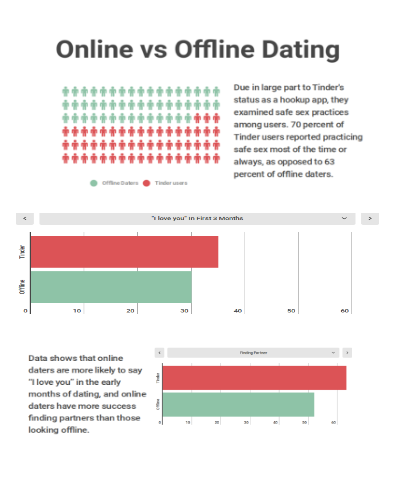 A 2002 quote from Wired magazine claims that “Twenty years from now, the idea that someone looking for love won’t look for it online will be silly, akin to skipping the card catalogue to instead wander the stacks because the right books are found only by accident.” It has not yet been twenty years since this statement was made, however even in 2018 venturing online is one of the most common ways to meet people.

Ross Hudson, a 32-year-old Tinder user, says his Tinder experience was mostly a lot of wondering.

“Tinder is very much like, here is three sentences about yourself, and a couple of pictures, and people are obviously just trying to f***.”

He says that though he enjoyed the simple appeal of Tinder’s interface, he much preferred using apps like OkCupid, which has a more in-depth set-up, but allows users to better understand the people they are matching with. Ultimately, Hudson found that online dating didn’t work for him.

“The concept of meeting someone who isn’t interested in getting to know you makes that first date really awkward,” Hudson said. “I can understand the appeal, but for me it ended up awkward more often than not.”

There are plenty of people that agree with him, but a significant number find the opposite to be true too. Dr. Alison Marr, an assistant mathematics professor at Southwestern University, met her husband using Tinder’s simple interface.

“A lot of these other dating apps, in my experience, there is like a large investment or an electronic courtship,” Marr said. “I don’t need all of this back and forth, let’s just get into a space and figure out if we like each other.”

In the case of Marr and Michael Grisham, her husband of two years, Tinder was critical. If not for the geographical search radius, they likely never would have met. 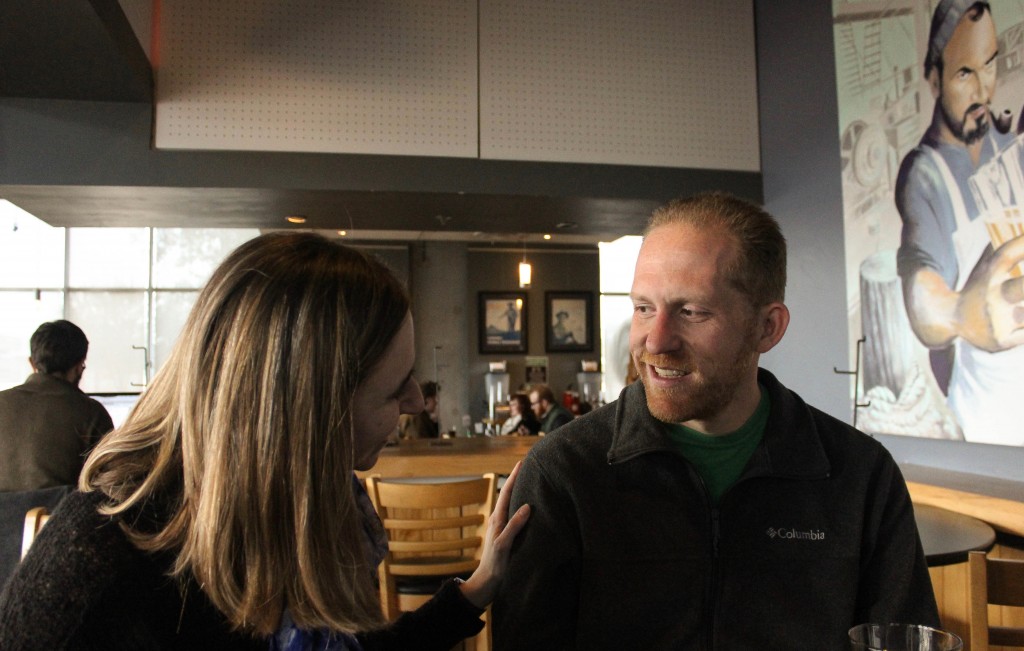 “I have never met anyone in person, I don’t know how people do that,” Marr said. “Where do people meet in person?”

Despite consistent disagreement, the world seems to be coming closer to accepting online dating as the new norm. Though a number of people still meet their partners through face-to-face interactions, the world is turning more and more toward apps as an avenue for romance.

Many of the early misconceptions about online dating—that it would ruin in-person relationships, that it would sap the romance out of life or that it would bastardize romance—turned out to be false. The ways that people meet are constantly changing, and technology is a bigger player in this industry each year. Tinder and similar apps have shifted the way we think about romance, but they have in no way eliminated it.

Tags: dating, dating apps, grindr, online dating, tinder
← Affordable Circumstance Analysis. Get Classification Essay. If you are searching for just a cheaper claim investigation, Academized may help you. We all know that condition research projects are hard, in particular at university or college.
Low cost Dissertation. Dissertation The introduction Guide. It is also appealing to obtain the to start with internet site presenting cheaper dissertation posting companies and structure together. Ahead of you accomplish that, i highly recommend you relax and take a min to assume this by way of. →