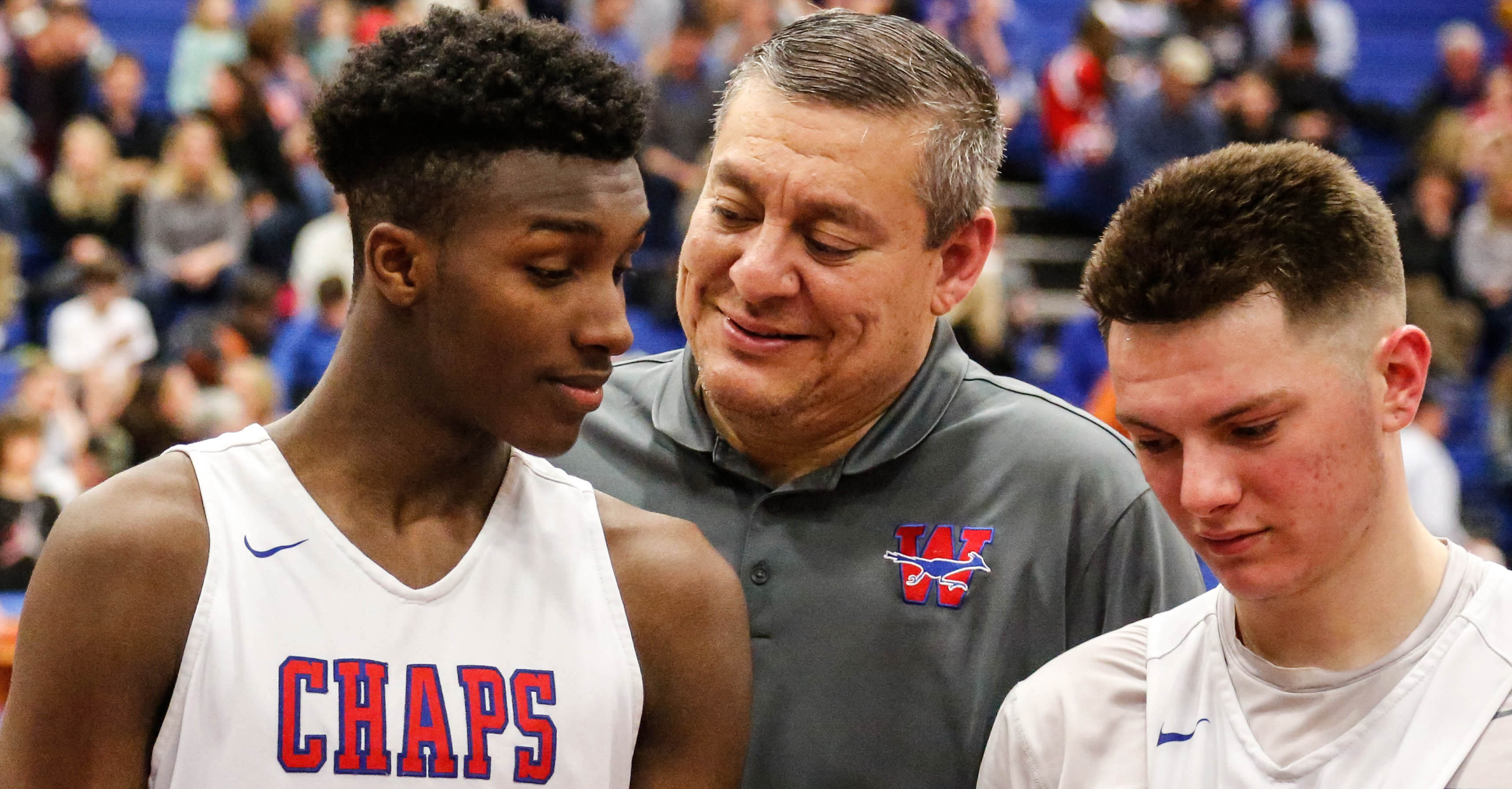 _43C2149
AUSTIN, TX – FEBRUARY 14: Will Baker #50 of Westlake High prepares to rise for a dunk during Westlake’s final game of the season against Vista Ridge High School. (Photo by Austin Smith) 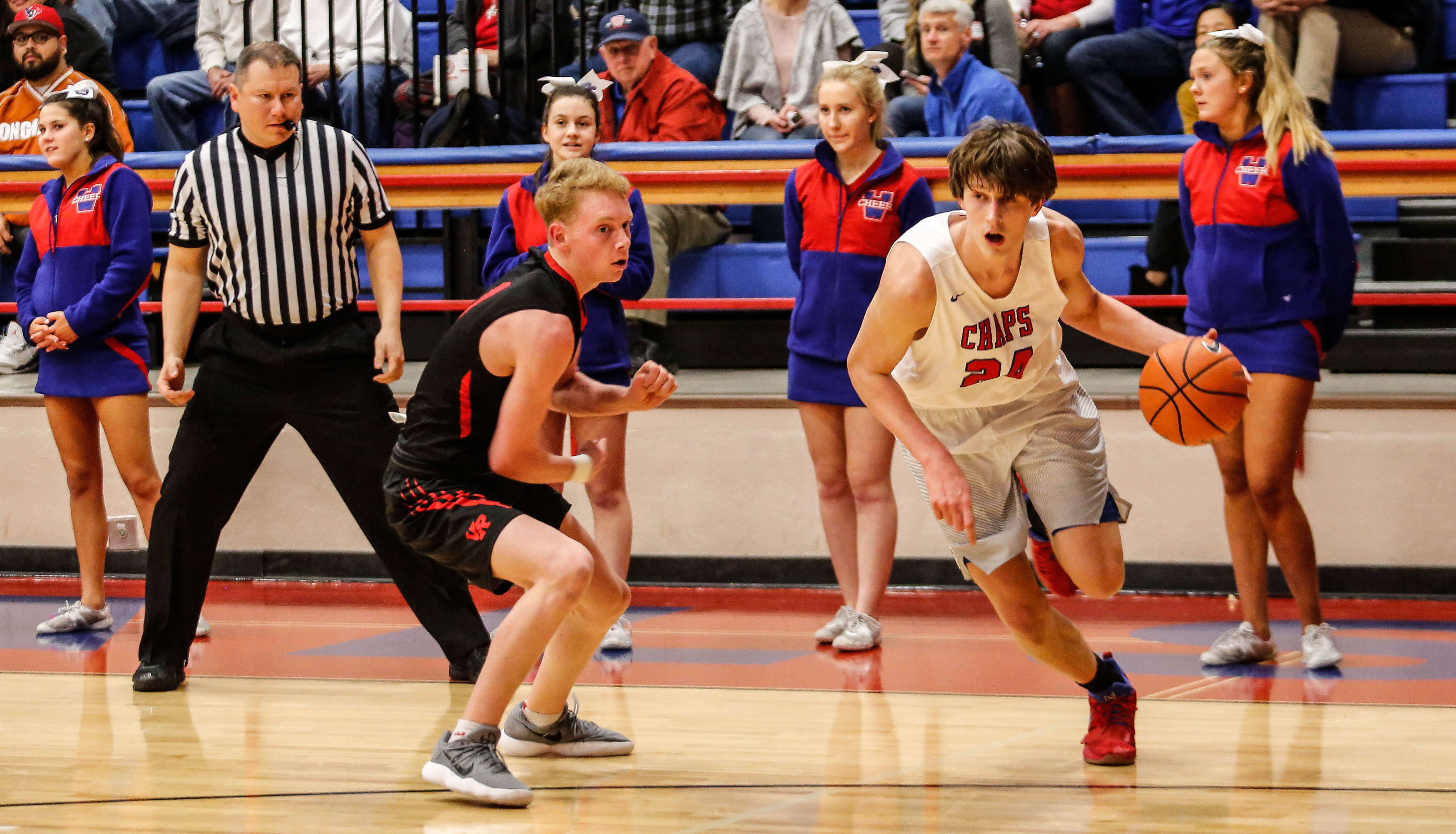 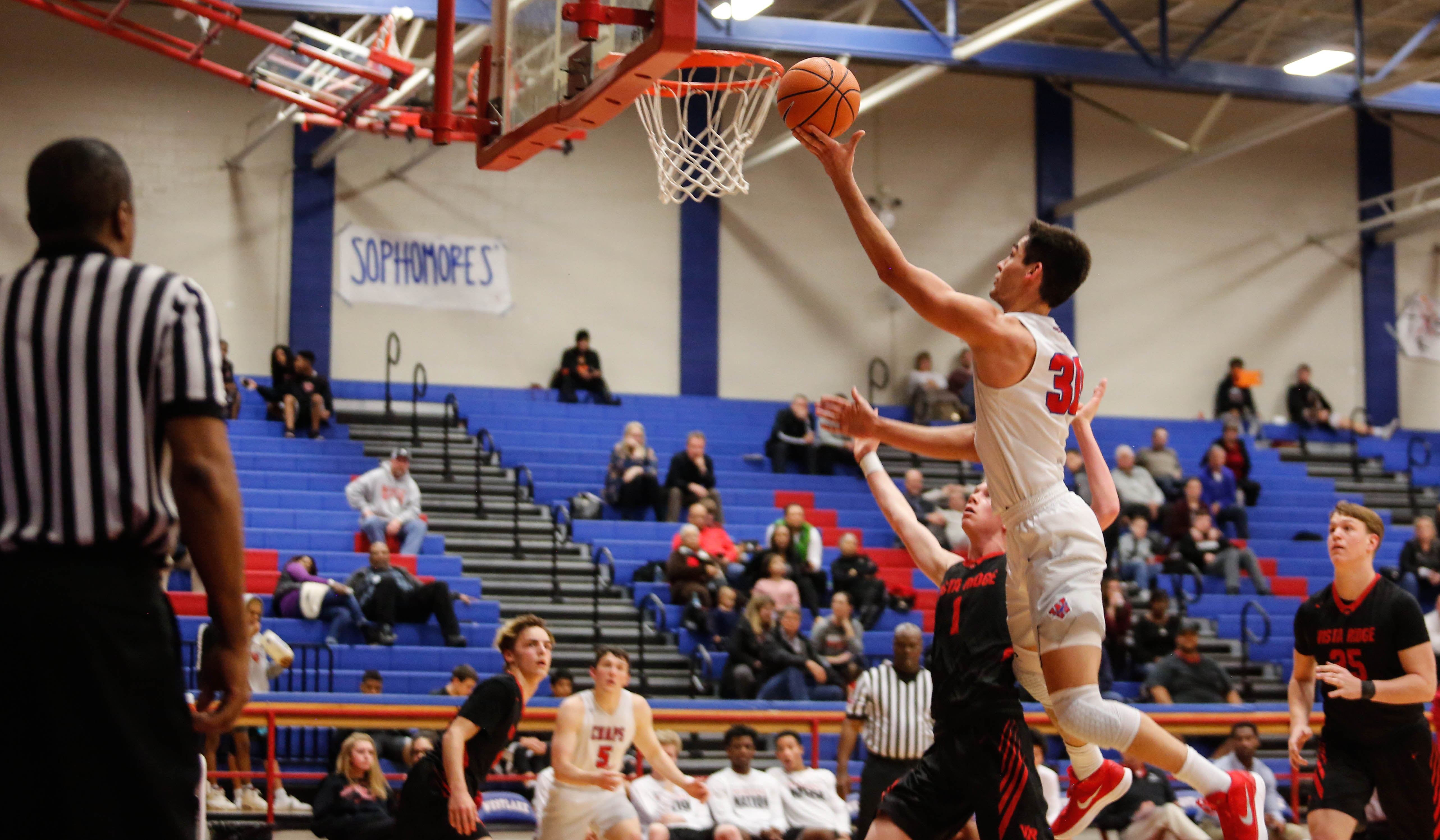 _43C1893
AUSTIN, TX – FEBRUARY 14: Brock Cunningham #30 of Westlake High extends for a layup as defenders look on during Westlake’s final game of the season against Vista Ridge High School. 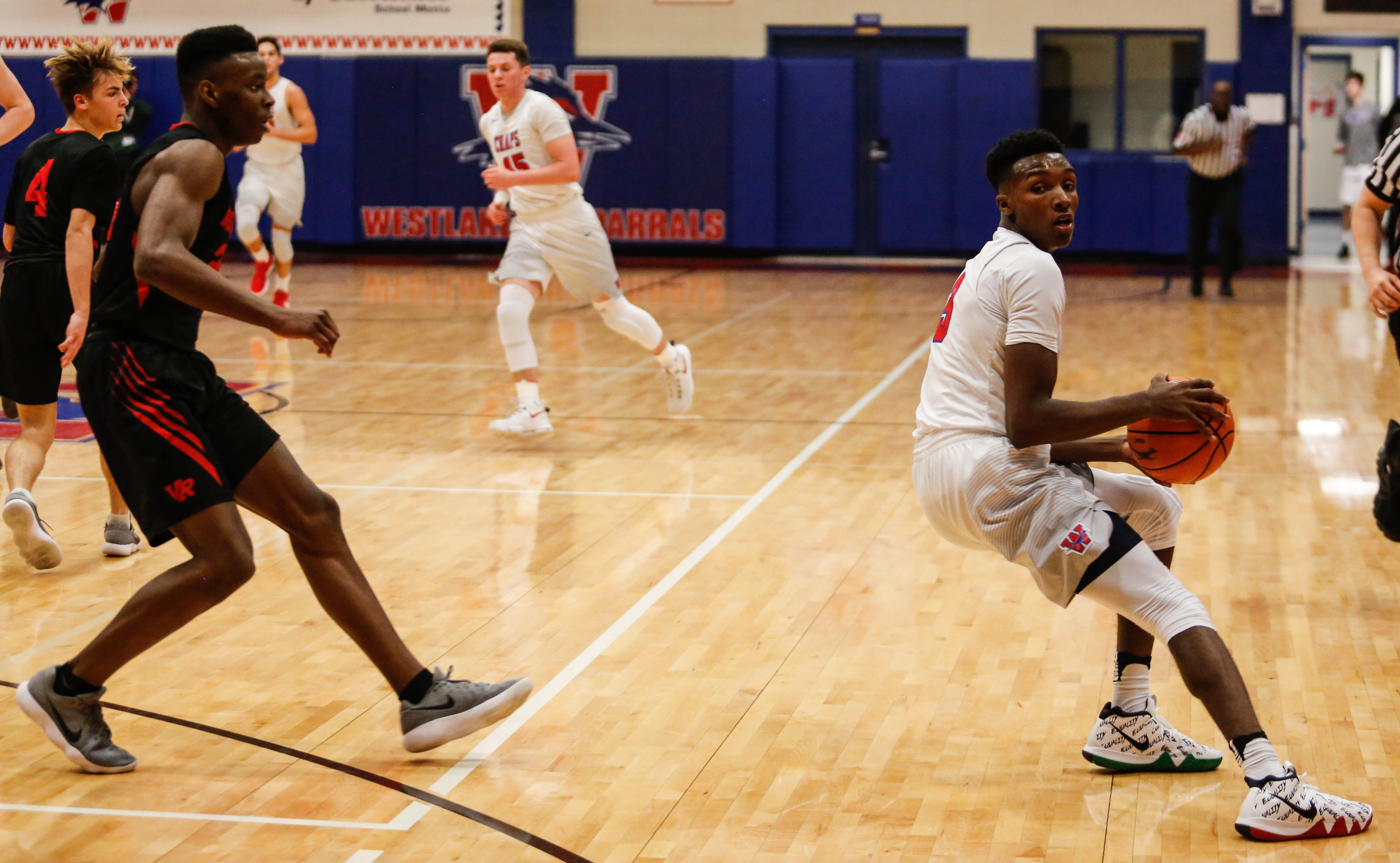 _43C1779
AUSTIN, TX – FEBRUARY 14: Will Baker #50 of Westlake High prepares for the opening tip-off during his final home game of the season against Vista Ridge High School. (Photo by Austin Smith)

The Chaps were falling apart.

What was a nine-point advantage for Westlake heading into the fourth quarter of the 2016-2017 State Regional Finals against Wagner had since evaporated. With just 10 seconds remaining on the clock and the score tied at 52, one team’s season was about to end in heartbreak.

Wagner’s DaRaun Clark had caught fire in the final quarter, scoring seven points to lead the Thunderbird comeback. Now with the game on the line, the junior guard called for the ball one more time.

Clark made a dash for the corner, caught the pass and pulled the trigger without any hesitation. Every person in the gym watched as the ball soared through the air and found the bottom of the net with only three seconds left.

The Chaps were denied a chance to respond as an intentional foul sent then-junior forward Matthew Mayer to the line for a pair of free throws – a formality at that point.

The final buzzer sounded as the Thunderbirds advanced with a 55-53 win. And just like that, Westlake’s season came to an abrupt end.

The loss to Wagner marked the second year in a row the team found itself eliminated in the Regional Finals. The program has never advanced any further in the postseason.

Last season’s collapse only redoubled Westlake’s efforts as head coach Robert Lucero reformed his approach in the offseason. There was a new urgency. With four key players entering their senior year, the window was rapidly closing. But the team entered the season more confident than ever.

“We’re gonna go to State,” senior guard Keonte Kennedy said. “We’re trying to bring back a ring. Last year we fell short, and we don’t want to do that again.”

The start of the new campaign brought an end to the perpetual focus that had followed the star-studded roster last season. Lucero noted even when the team would travel for an away game in Houston or Dallas, the venue would be packed with scouts, coaches and basketball sites all wanting to see Mayer or Kennedy or Cunningham for themselves.

In October 2017 the four players signed letters of intent and their future was set. This final season, now free of distraction, could be about leaving a legacy with a final championship run.

“There was a lot of pressure (last season) to live up to the standard that the media had put on them.” Lucero said. “Which is kind of unique when you’re only 15 or 16 or 17 years old. But they’ve seen so much now. And since they’ve committed that has taken away a lot of that pressure.”

Sharing touches between four D1 recruits isn’t always easy. Lucero noted that in past seasons, getting guys to play off of one another didn’t always come naturally. Part of the team’s postseason struggles stemmed in part from the overlapping skill sets.

“On any given play, you have Will inside who probably has a mismatch, and you have Brock and Keonte and Matt and Luke, and all of them probably have a mismatch,” Lucero said. “So the challenge is trying to make sure that we are playing as a team.”

The seniors say the difference this season is a renewed emphasis on team culture, both on and off the court. The coaching staff has hosted eleven different sessions dedicated to team culture, with each class focusing on a different facet of the winning formula. Lucero had each of the players give him their own list of core values, which he combined into a unified team vision.

“Definitely chemistry (is different),” senior forward Brock Cunningham said. “Last year it looked like there wasn’t nearly as much chemistry as there is this year. There was a lot of selfishness going on last year.”

The change in culture has translated into immediate success on the court. The Chaps ended with the best regular-season record in the program’s history at 31-3, finishing 18th in the nation – the school’s highest national ranking.

With the win over rival Lake Travis on January 30, Westlake secured the top seed heading into the postseason. And although the top seed is a milestone for the program, the Chaps know it’ll come with added pressure.

“The challenge is that every team gives us their best shot wherever we go,” Cunningham said. “They know that if they win against Westlake it’ll really change their season and they can hang their hat on that one. And if we lose, it’s everything.”

Now, with a first-round matchup against Churchill rapidly approaching, the team is gearing up for the program’s most important postseason run.

But the Chaps have more than just this season’s title aspirations on the line. Lucero and his tight-knit group of seniors hope to build a winning culture that will last far beyond a single record-setting season.

“I’ve got two goals,” Cunningham said. “One is to win state and two is to create a culture for Westlake that’ll last the next four years. We influence the freshman and hopefully they can carry that on when they eventually become the seniors.”