Beef prices on the moo-ve – How Austin businesses keep up 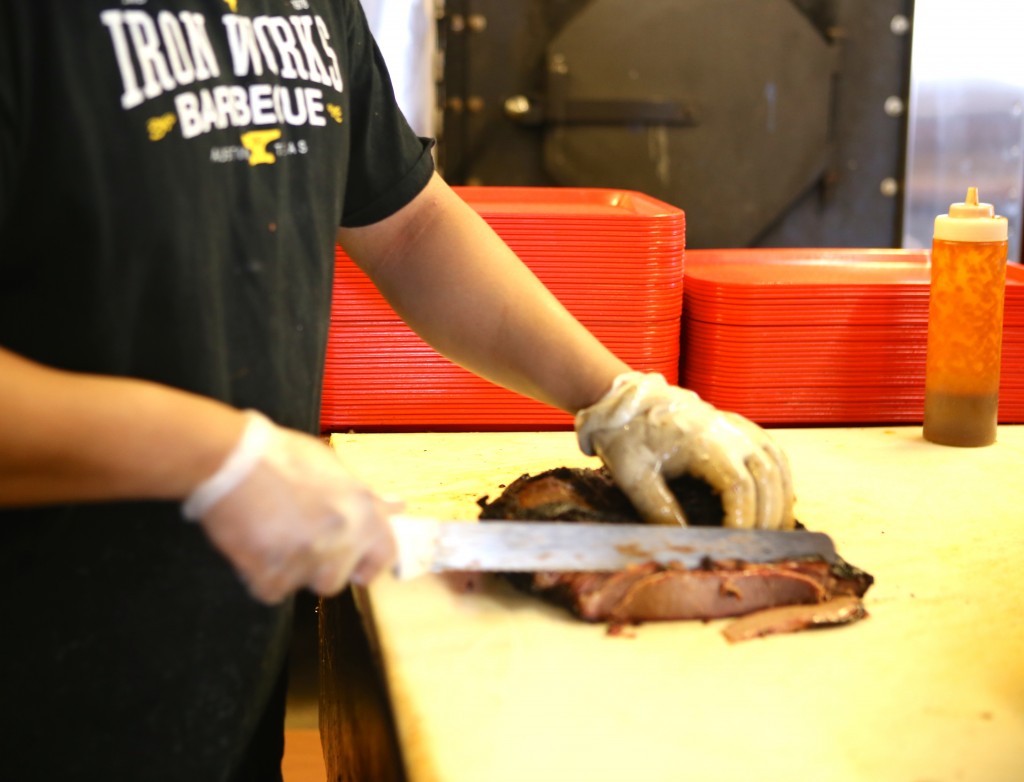 An Iron Works Barbeque chef cuts through their brisket.

Thanks in part to the long drought that has engulfed Texas, rising beef prices have left consumers in a state of sticker shock.

But despite the 60 percent price increase for a pound of brisket—from $2.21 to $3.52—some Austin businesses are resisting the temptation to charge their customers more for what is becoming a very valuable morsel of meat.

From farm to plate, raising cattle and selling it has become a less profitable endeavor for almost everyone in the state that is the country’s leading cattle producer each year. Just ask Rob Cunningham, the owner of Coyote Creek Farm, a certified organic farm just east of Austin.

“In 2011, when the drought was at its worst, it affected us in that we had 32 or 35 head [of cattle] at the time, and we sold down to 12,” Cunningham said. “The reason we did that was because we didn’t have the grass. If we had millions and millions of dollars in the bank, we would have just bought hay.”

2015 was the first year in which the overall Texas cattle herd increased after eight straight years of drastic decline. The state finally received a normal amount of rain in 2014, which helped grow more grass for the cattle to feed on. But no one is out of the woods yet. The USDA deemed 156 Texas counties disaster areas last month, thanks to the drought.

The pressure to fall in line with the new business model of charging more for cattle was intense, but Cunningham and his family never really in the cards.

“We haven’t changed our price of beef in three years,” Cunningham said. “Cattle prices are really high right now, but I have been able to maintain my price for our grass-fed beef.”

The loyalty of his customers helped make the decision easier.

“Our customers got a really good deal when they buy grass-fed beef from us,” Cunningham said. “About 80 percent of my business is repeat customers. They know our farm. They know our animals and how they’re raised. They enjoy the taste of our beef.”

But while this behind-the-scenes drama plays out on farms across the state, others are only concerned with how hard it is to put beef on the table.

Aaron Morris, the owner of Iron Works BBQ in downtown Austin, said that his customers have certainly felt the financial food struggle caused by the cattle shortage.

“Well, everybody has to eat, BBQ is a great pastime, and so I don’t see that it has affected our business so much as it’s affected maybe what people are able to eat, unfortunately,” Morris said.

Knowing that his customers’ wallets are straining to cover what they typically enjoy, Morris, like Cunningham, has decided against hiking up prices.

“We haven’t passed the price along too much to our customers,” Morris said. “We’ve seen a doubling in our costs but we can’t really double our price, so it’s affected our business in that it has made our margins tighter.”

Those tighter margins apparently extend into Morris’ very own home.

“In our house and with my family, we have kind of switched ourselves to more pork just because beef prices are not just more expensive for us as a restaurant, but if you go to the store yourself, you’ll see that our beef prices are up dramatically from where they were a couple years ago,” Morris said.

Switching to pork hasn’t been all bad, though. At the very least, it’s given Morris more creative license in his cooking and introduced a new menu item to Iron Works.

“We have been cooking a lot of pork at home, and we decided to introduce that at the restaurant a couple of months ago,” Morris said. “We now do pulled pork, which is a product that has been very well-received, and we added it strictly because the price of beef is so high.”

All it would take to make everything right in this beef-crazy little part of the world is a little more rain.

“For the success of BBQ, we need the drought to let up and we need as many cattle out there in America as possible,” Morris said. 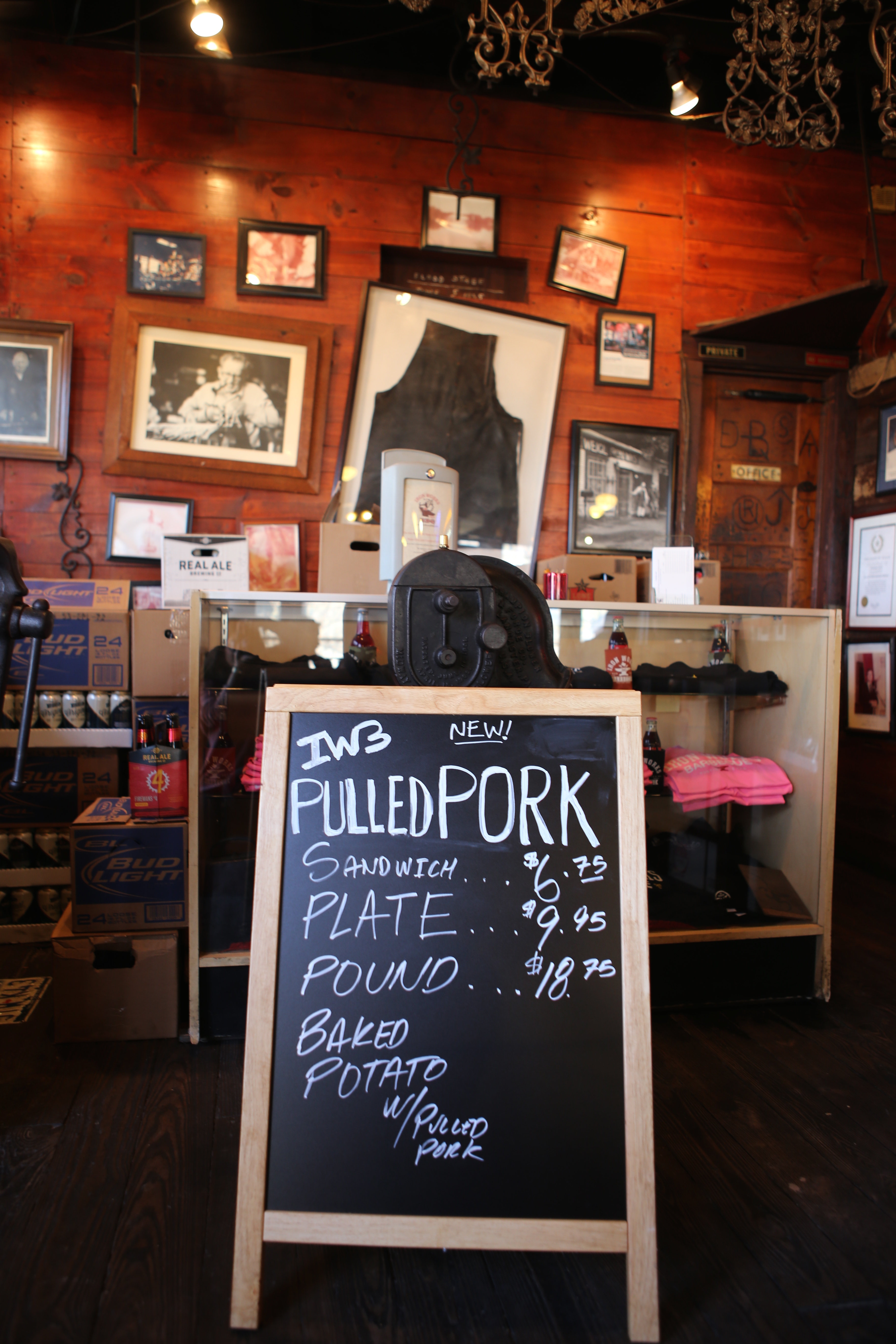 Iron Works Barbeque, located in downtown Austin, has decided to add pulled pork to their menu after beef prices have begun to rise. 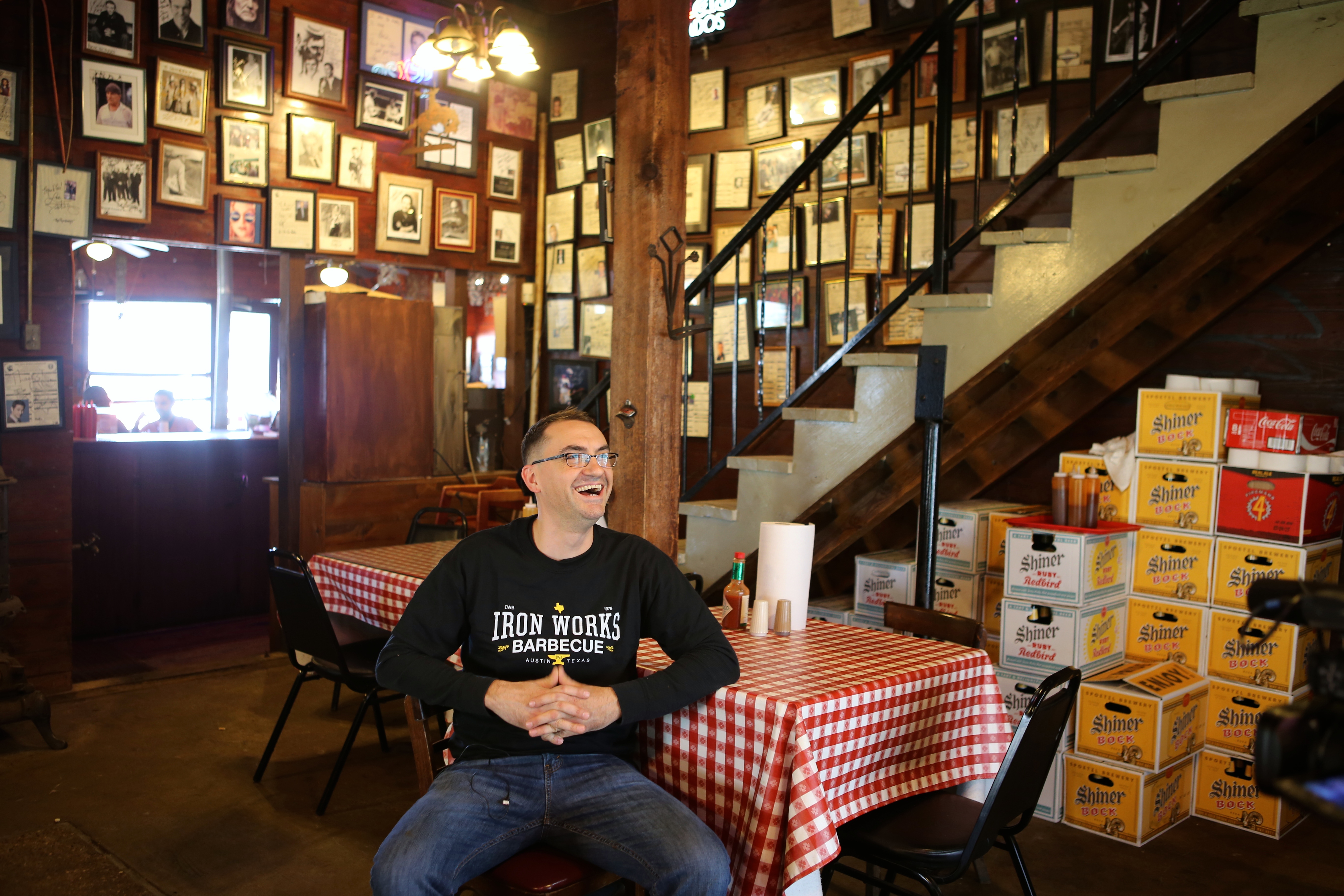 "We havent passed the price along to much to our customers," Aaron Morris, owner of Iron Works BBQ said. "We’ve seen a doubling in our costs but we can’t really double our price, so it’s affected our business in that it has made our margins tighter." 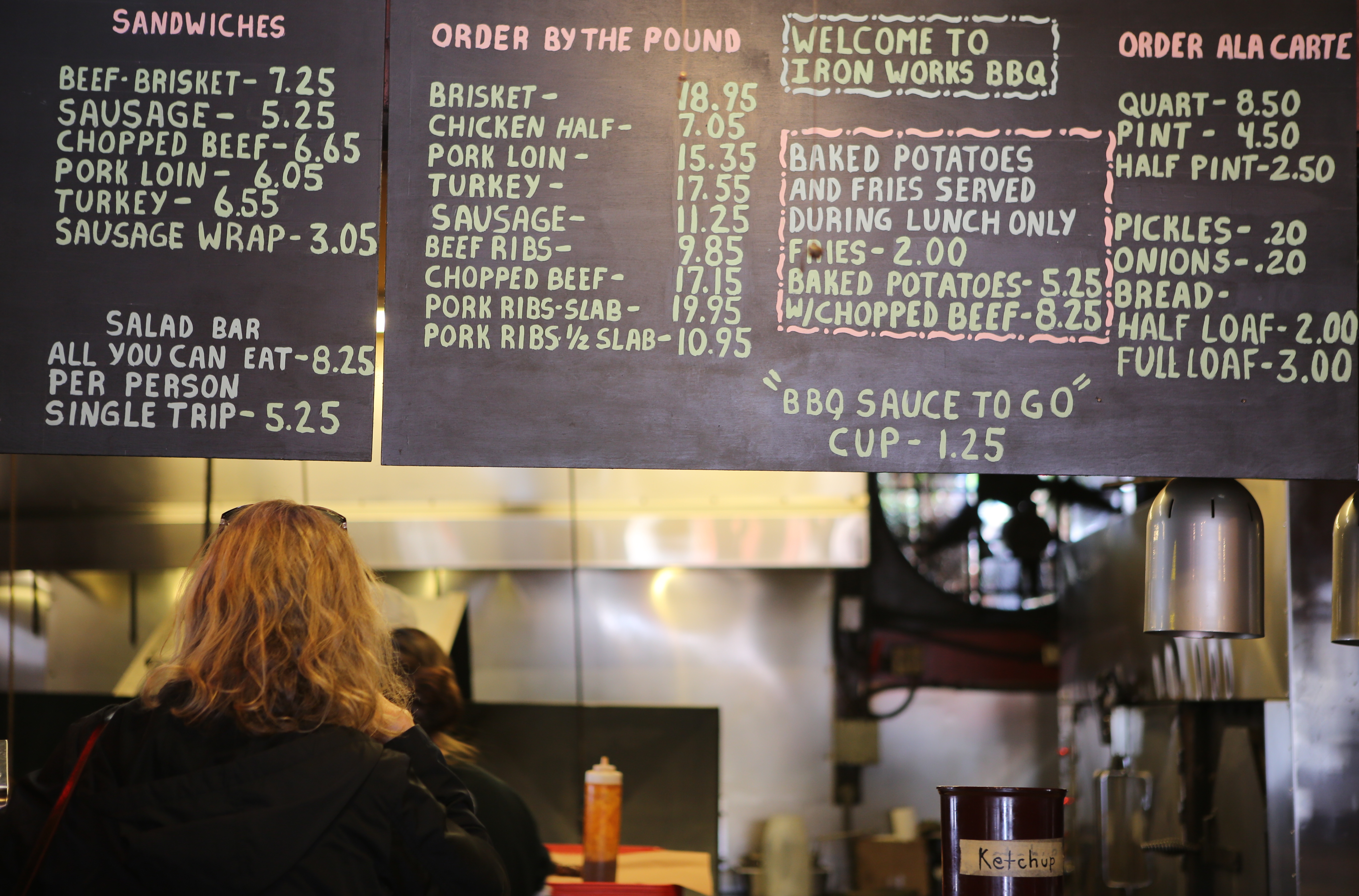 Brisket prices have gone from .21 for a pound of brisket to .52. 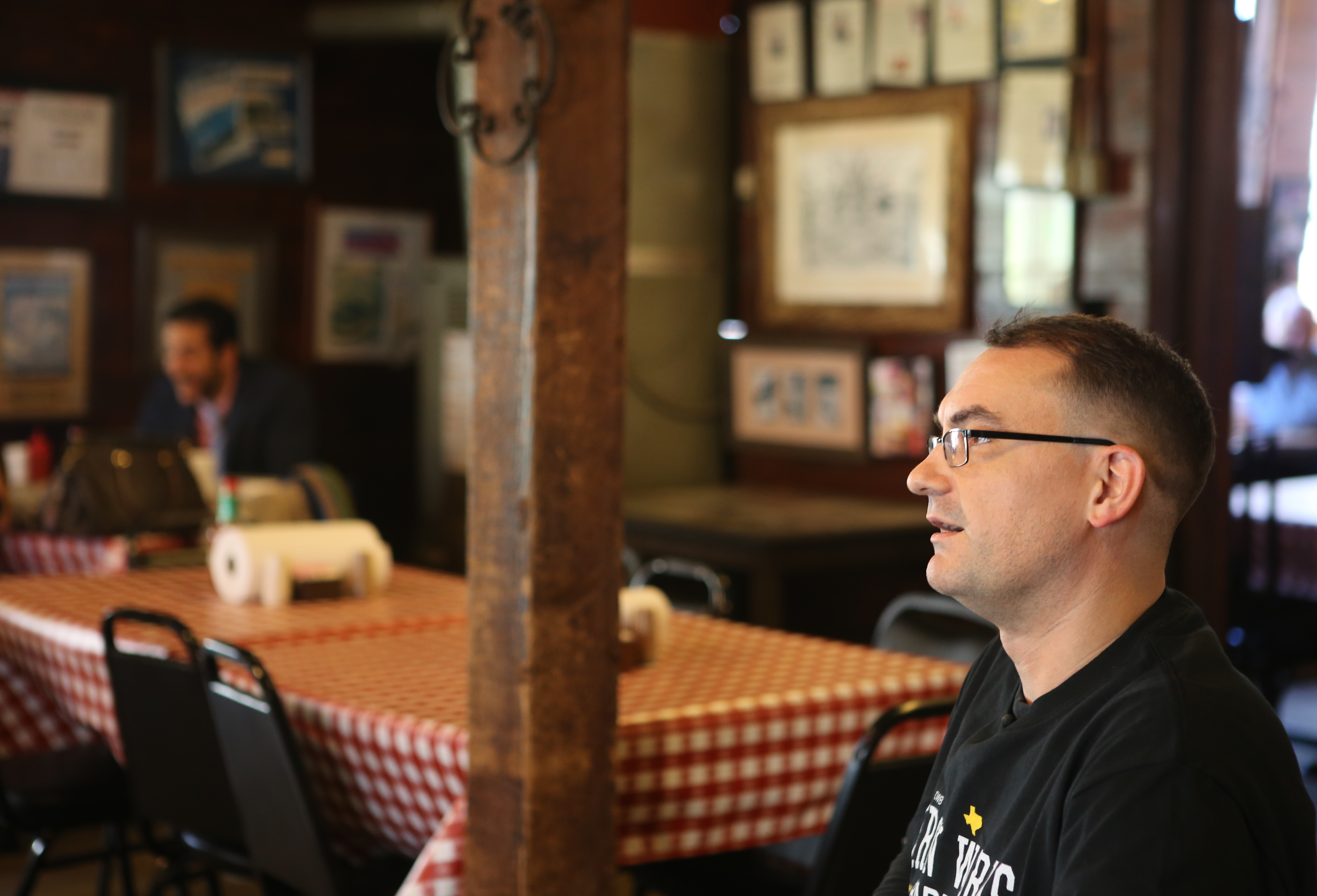 "Barbeque is a great past time," Morris said. "So I don't see that it has affected our business so much as its affected maybe what people are able to eat, unfortunately." 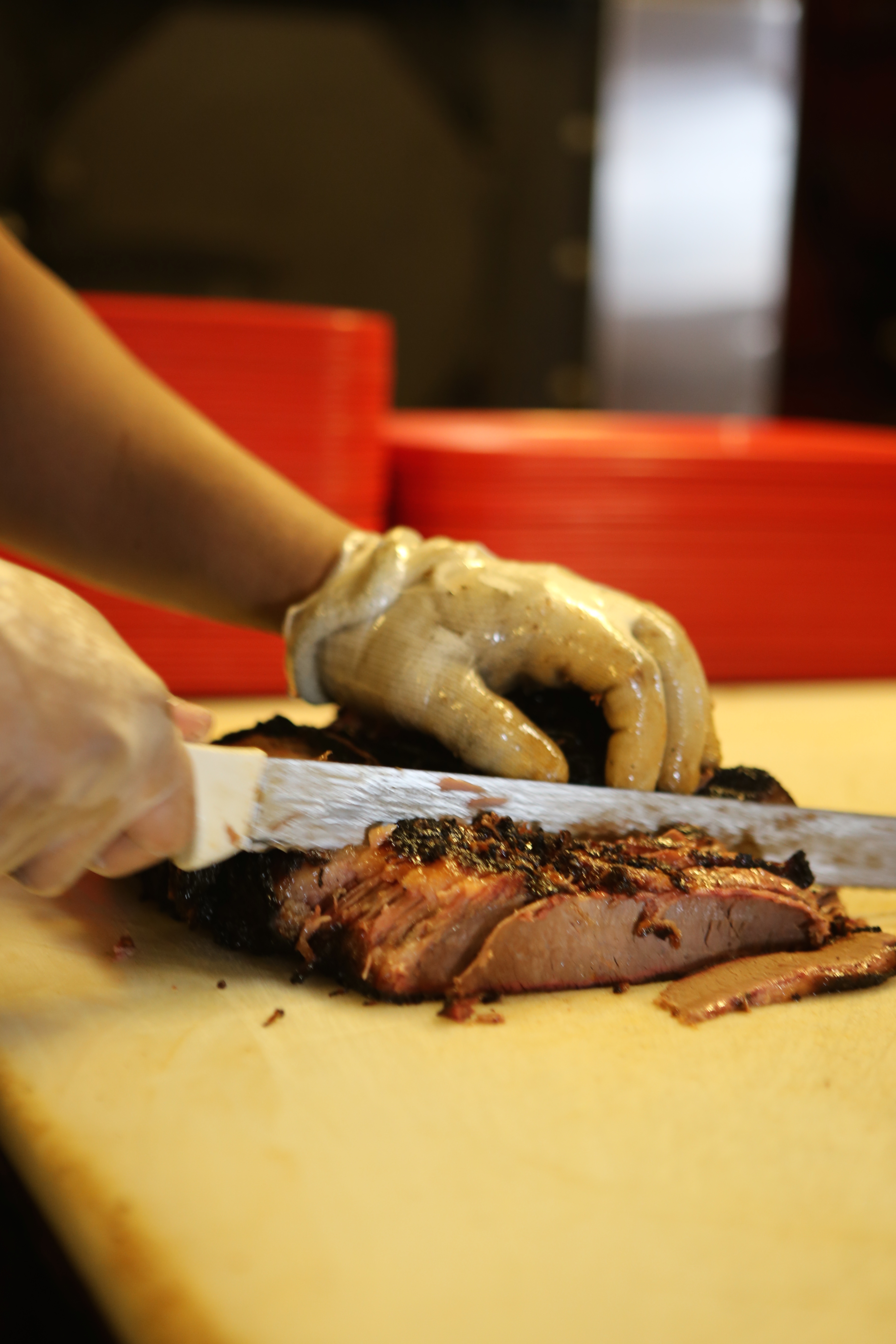 IMG_1560
"The drought has been going on for a long time," Morris said. "But we are just now seeing the negative side effects of it, including the cattle shortage." 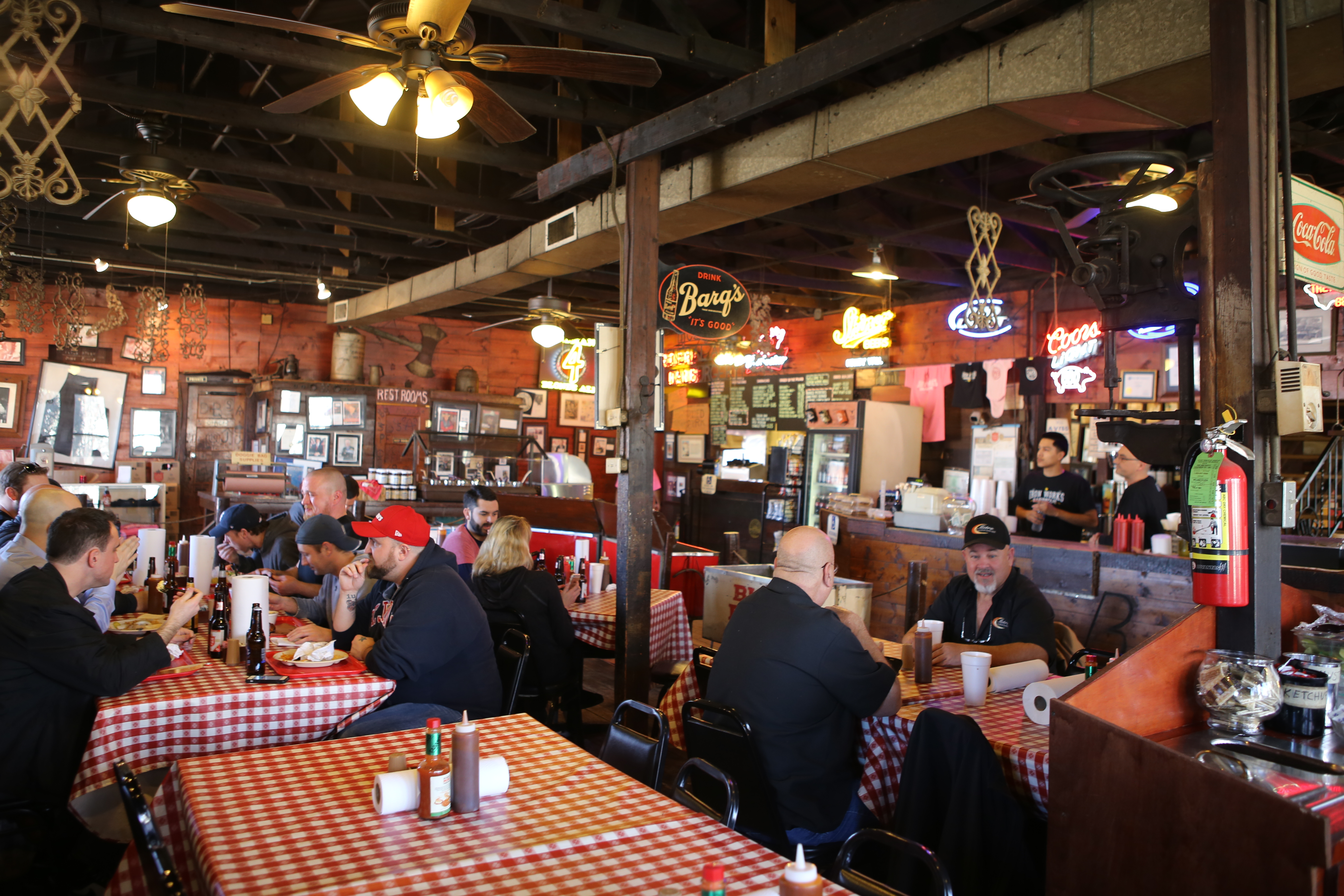 Despite rising prices, Iron Works Barbeque is still as crowded as ever. 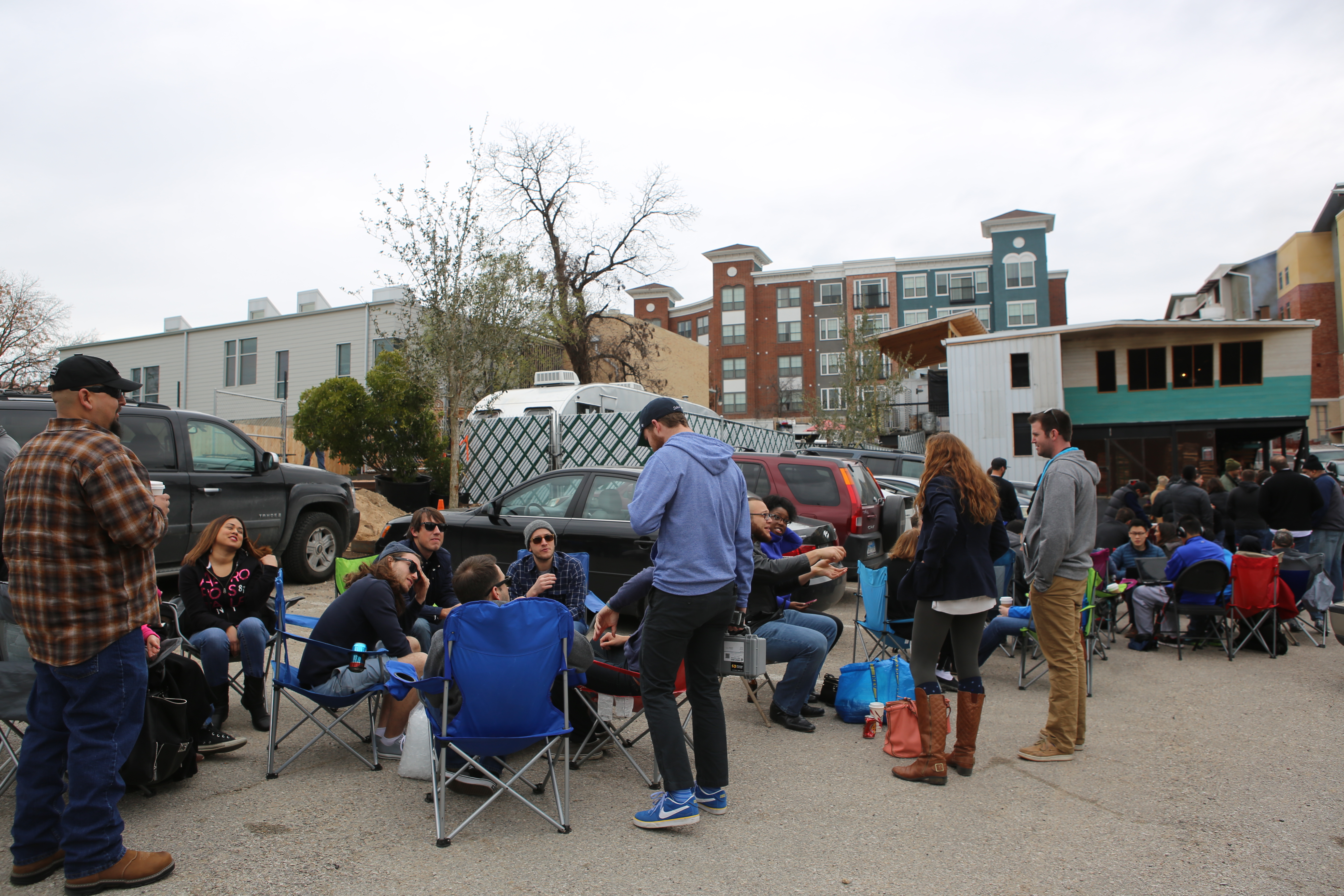 Customers travel far and wide and wait up to five or more hours to get their BBQ.