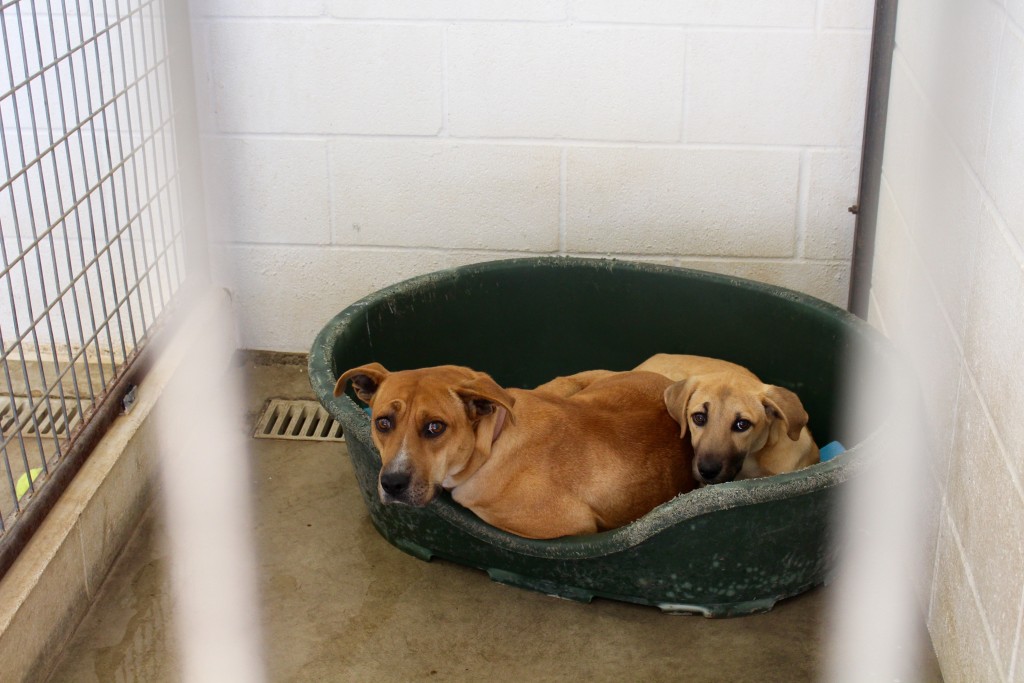 Tiny puppies, dressed up as players and cheerleaders, wiggle or sleep in their pens. They’re carefully held, petted and soothed by a variety of people, who coo as they struggle to contain their excitement. The possibility of being able to take a little one home fuels their hours of standing in a long line.

“I grew up with dogs, and I haven’t had anything since I left home,” potential adopter Phillip Christy said. “So I’m looking for a forever friend.”

Christy was one of dozens of Austinites who showed up to the annual Puppy Bowl on Feb. 6. Put on by the Austin Humane Society, the event was held the day before the Super Bowl and allowed community members to engage with and even adopt puppies.

Though the Humane Society strives to get all the puppies adopted, the goal is not a matter of life or death. Austin has been a no-kill city since 2011, according to the Austin Department of Animal Services. Animal shelters in Austin do not euthanize healthy or treatable dogs, even when there is no room to hold them.

Though Austin is also the largest no-kill city in the nation, according to the Huffington Post, the fate of dogs is different just less than an hour drive away. The city of Lockhart, Texas resides outside the no-kill limitations, both geographically and in policy. If any animal is sick, injured or aggressive, it may be euthanized depending on the situation.

“Any animal that bites a person and is captured…if it’s not a “claimed animal” it’s euthanized automatically,” Lockhart animal control officer Cheryl Bertram said “Because there’s not anybody that’s going to pay for their quarantine fee.”

An estimated 700,000 animals are euthanized in Texas shelters every year, according to the American Society for the Prevention of Cruelty to Animals. Reasons behind euthanizing include illness, aggression, and overpopulation.

According to Bertram, the animal shelter is the least funded program in the city and the city’s financial breakdown of funds towards the animal shelter could be managed in a better fashion. What the city sees as “quality spending money” she finds as “ridiculous,” she said.

“I pick up things that get hit by cars all the time, the city is not going to pay for everything to go to the vet and see if its fixable,” Bertram said. “And then it might never get adopted. And all that money the considered spending is for nothing.”

UT government major and dog owner Kristen Gundermann also believes that money can be a prominent concern in making decisions regarding euthanasia.

The size of the county that Lockhart resides in, Caldwell County, is also an issue. According to the Animal Shelter Act, shelters must properly house and humanely treat animals in their custody. However, this law does not apply to counties with populations of 75,000 or less. Caldwell County has approximately 40,000 people.

For this reason, the Lockhart shelter is unable to have a veterinarian on staff, instead taking animals to an animal health professional in only the most dire of circumstances, according to Bertram.

“[The animal shelter] is the least attended to, it takes a long time to get something going as progress,” Bertram said.

However, Austin Humane Society shelter manager Sarah Hammel is hopeful that counties like Lockhart can make strides toward becoming named no-kill as well.

“I think especially cities and counties that are right around Austin are able to use what we’ve learned, the victories and defeats that we’ve had here to sort of implement it in their own county and I think really we’ll see sort of like a ripple effect from Austin to the surrounding counties hopefully in the future, to where maybe one day Texas everyone could be no kill,” Hammel said. 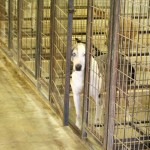 A veteran of the shelter, the 3 year-old mixed breed peers out of his cracked open cage door. (Photo by Stephanie Rothman) 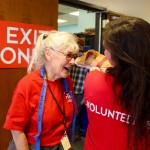 Austin Humane Society volunteers cuddle up to a puppy up for adoption. (Photo by Stephanie Rothman) 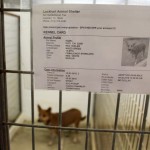 18 month-old Hazel stands as still as the picture on her cage. (Photo by Stephanie Rothman) 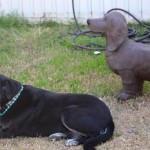 9 year-old Cricket proudly shows off her mardi gras beads outside the shelter. (Photo by Stephanie Rothman) 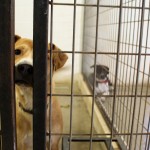 A shelter dog sticks out her nose curious of her surroundings. (Photo by Stephanie Rothman) 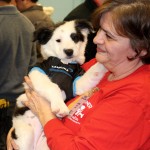 3rd year volunteer proudly displays a puppy dressed up in a Carolina Panthers jersey in honor of the “Puppy Bowl.” (Photo by Stephanie Rothman) 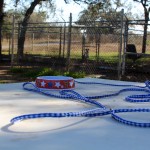 A water bowl and collar lay outside the shelter as the dogs get their cages washed. (Photo by Stephanie Rothman) 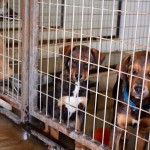 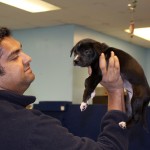 A prospective owner examines a puppy for adoption. (Photo by Stephanie Rothman) 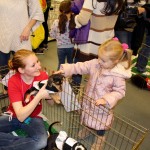 Austin Humane Society volunteer introduces one of the “puppy cheerleaders” to a young girl in the adoption event space. (Photo by Stephanie Rothman) 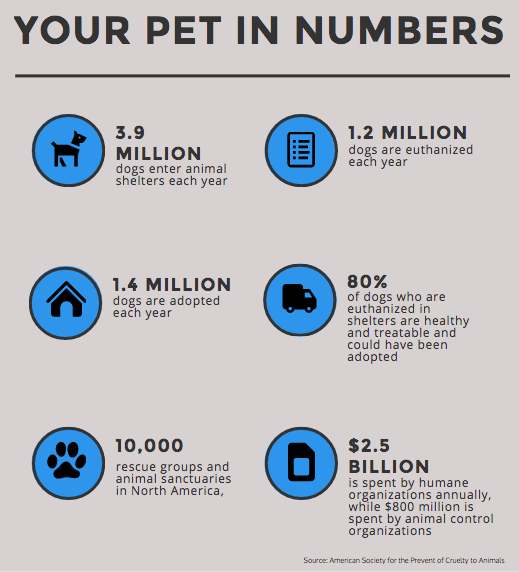